A time travel through the past century? Open on Tuesdays and Saturdays, this really is a renowned attraction. Feira da Ladra, the oldest flea market in Lisbon.

Artists, bric-a-brac traders, casual jewellery makers and other collectors are setting up their stand. Except the trucks honking their horns, nothing seems to disturb the routine that is taking place in these streets of the Alfama district. Both locals and tourists are rushing in these early hours in the hope of making good deals and to spend some good time.

Feira da Ladra is a place where you can basically find everything, from electric plugs to black and white pictures of a family that you will probably never meet; from military outfits to traditional Indian clothing. If you come at lunchtime, you might even be lucky enough to share the lunch and some wine with the sellers. Sharing is caring, right? 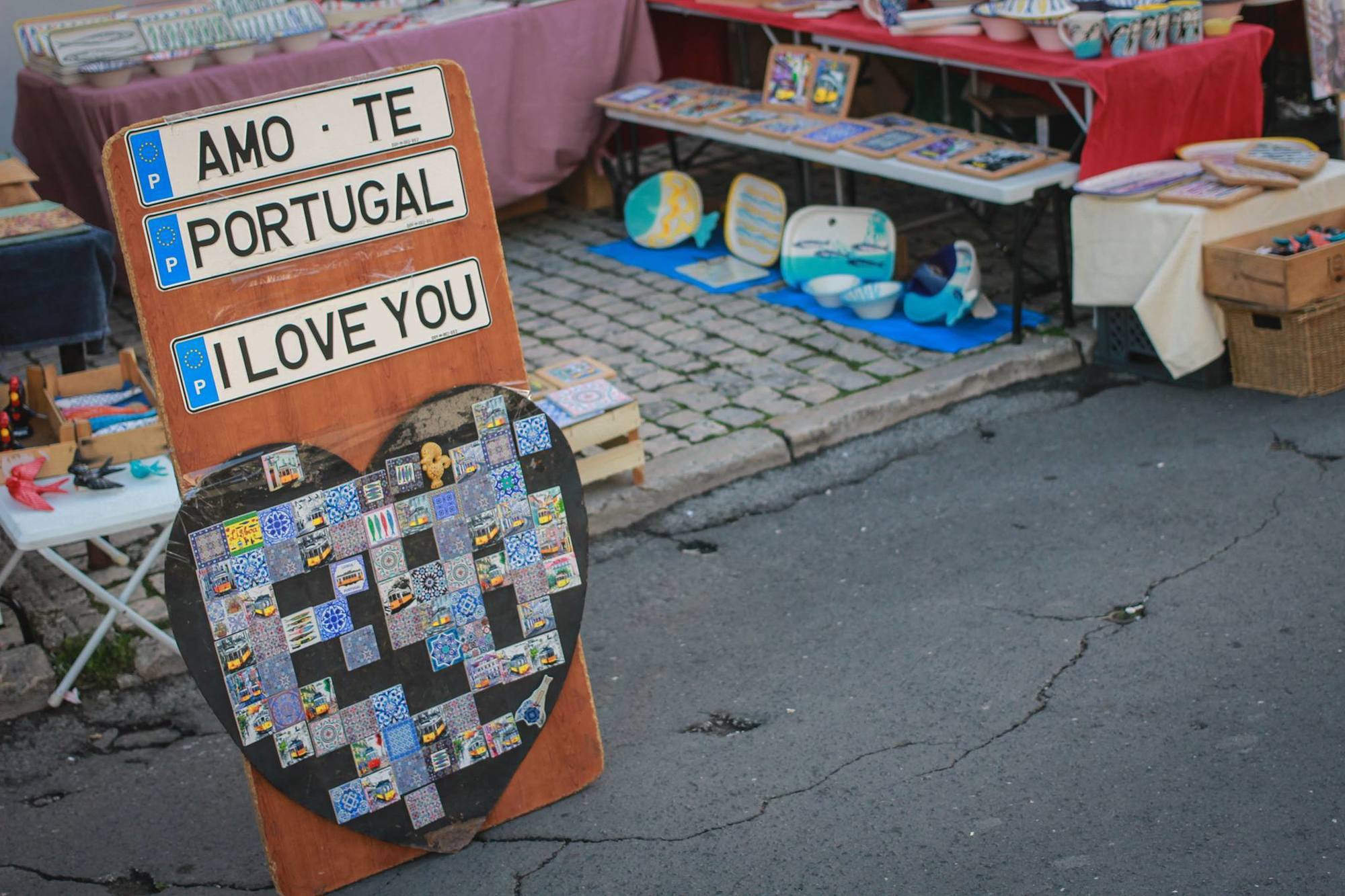 This unique flea market has the power to make you buy unexpected things. You can go there with the idea to have a walk, drink a coffee or just buy socks, but you will probably end up with a coat from the 80’s, a Fado record and a rusty hammer you will never use.

Inaugurated during the XIIIst century, the market used to sell regular fresh products and was taking place every day near the São Jorge Castle. It later moved to other emblematic places of Lisbon (Rossio, Praça da Alegria) to finally set up in Campo de Santa Clara twice a week, on Tuesdays and Saturdays. 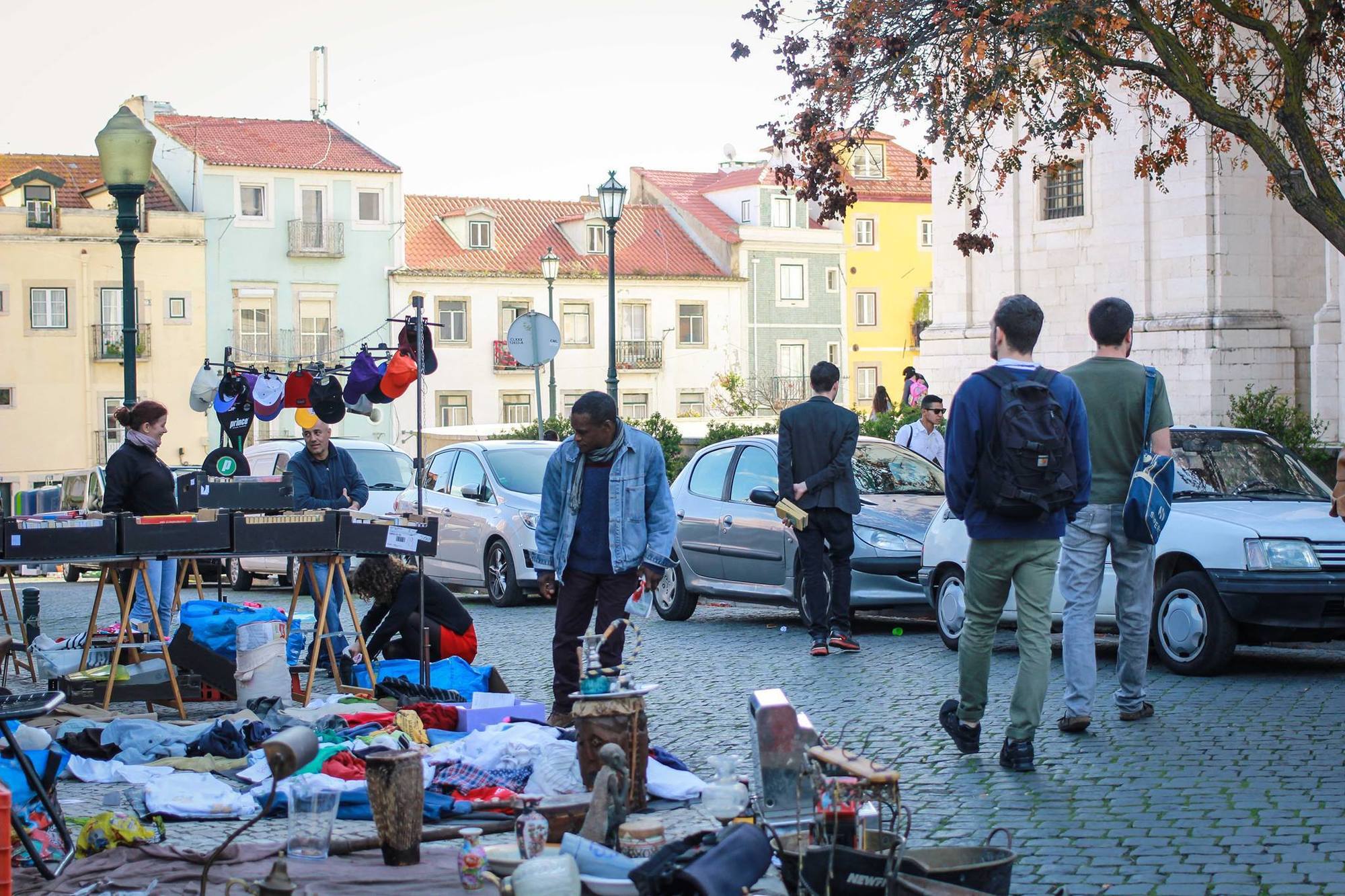 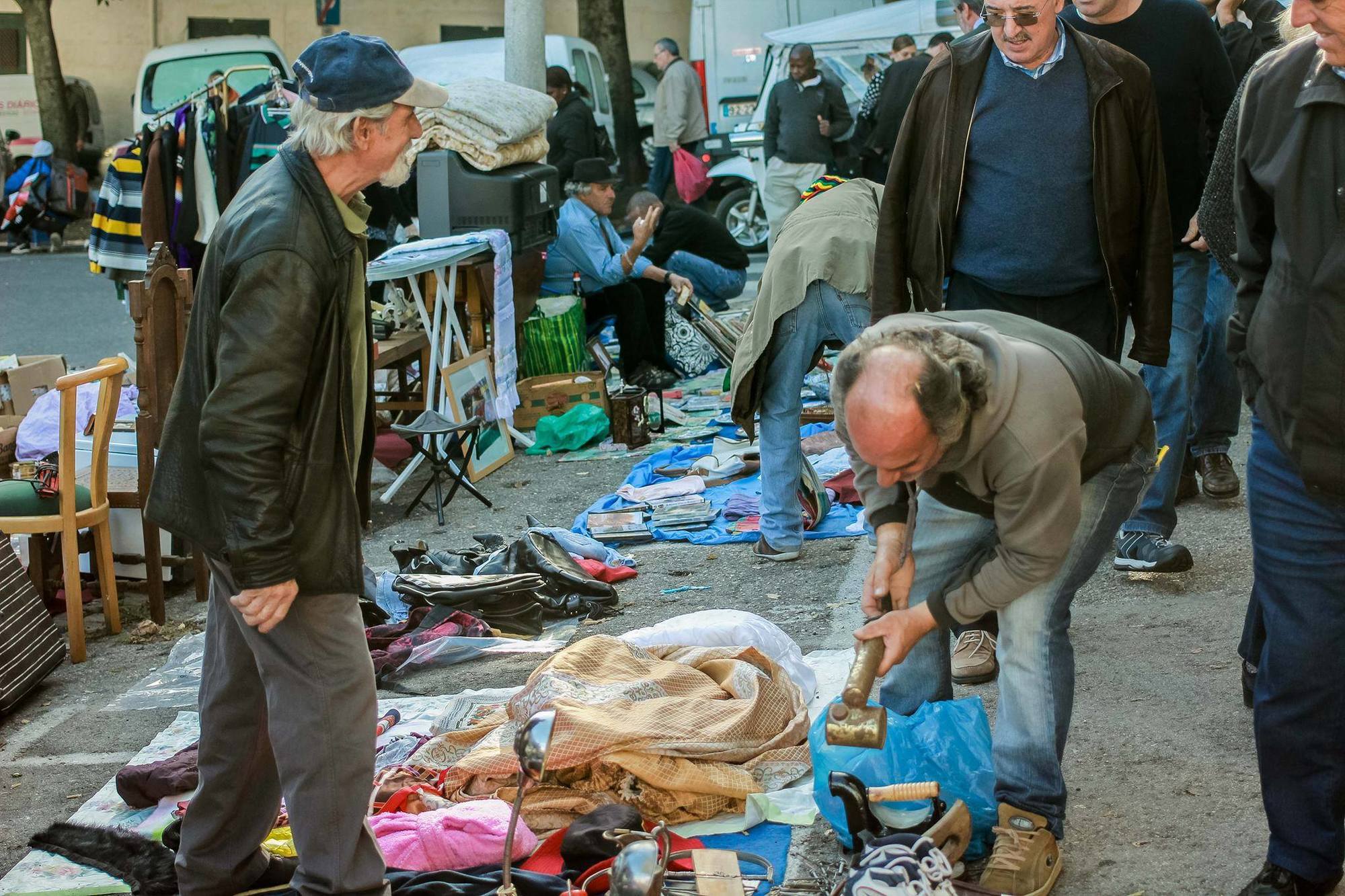 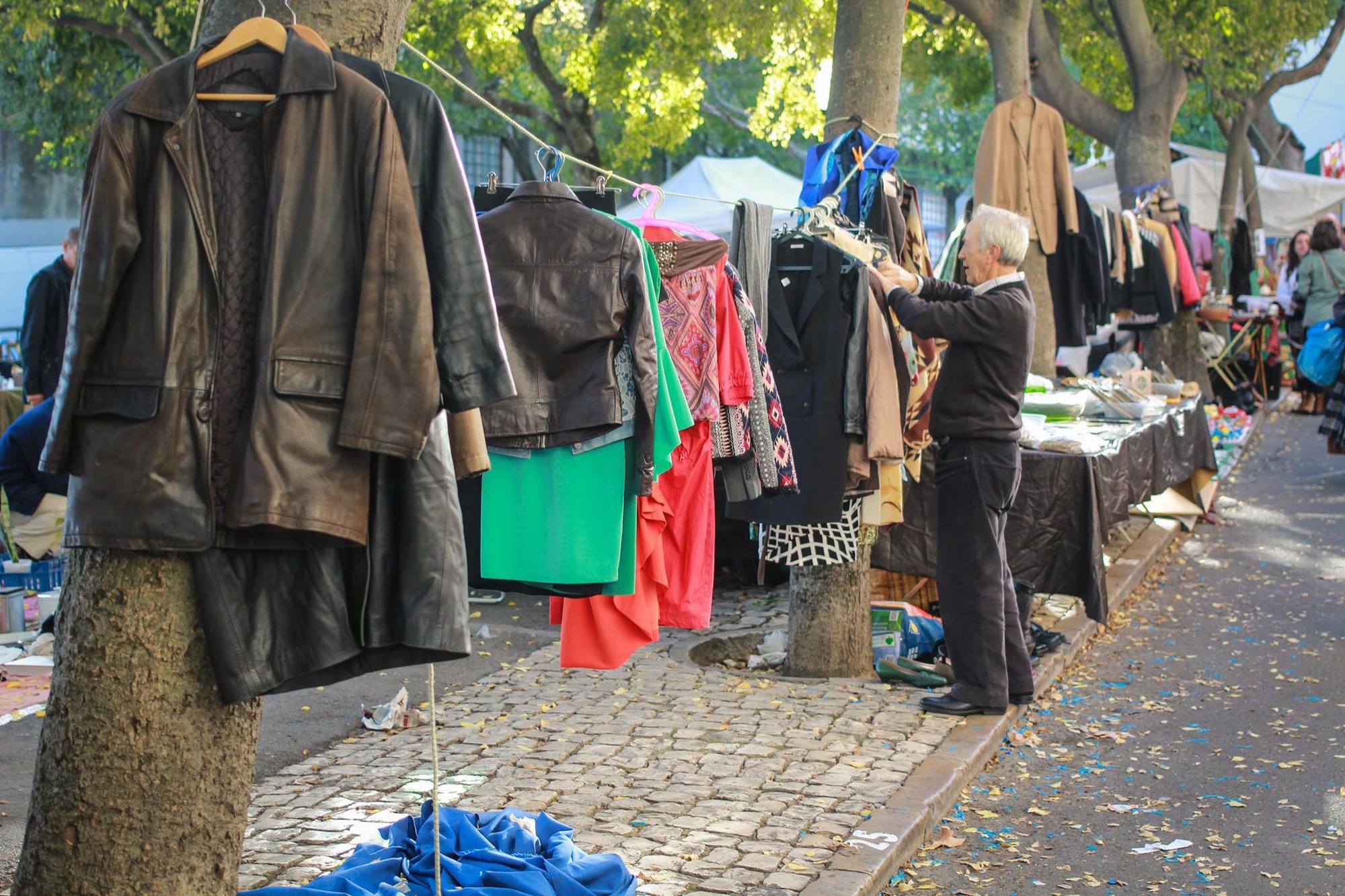 For those who speak Portuguese, the name "ladra" - literally a woman thief - already gives an idea of what is going on there. But there is actually no consensus about the origin of this name. The other theory is more biblical and comes from the Arabic. For them "ladra" is descending from "Al Hadra" or "the Virgin". Indeed, it used to be a statue of The Virgin Mary in the middle of the market.

Some detractors might describe Feira da Ladra as an ocean of garbage, some regulars will tell you about this impression of buying things that belonged to a previous generation. You can indeed find a mix of old and new things, as much as an impressive diversity of spectators.

Our advice is simple: spend time losing yourself in this time travel, from the top part where the handcrafted furniture is situated to the lower part where you will probably be able to buy back your stolen phone for a fair price (joking). If you want to make some good deals (and believe us, there are some), remember to only spend your money at the end of the day. 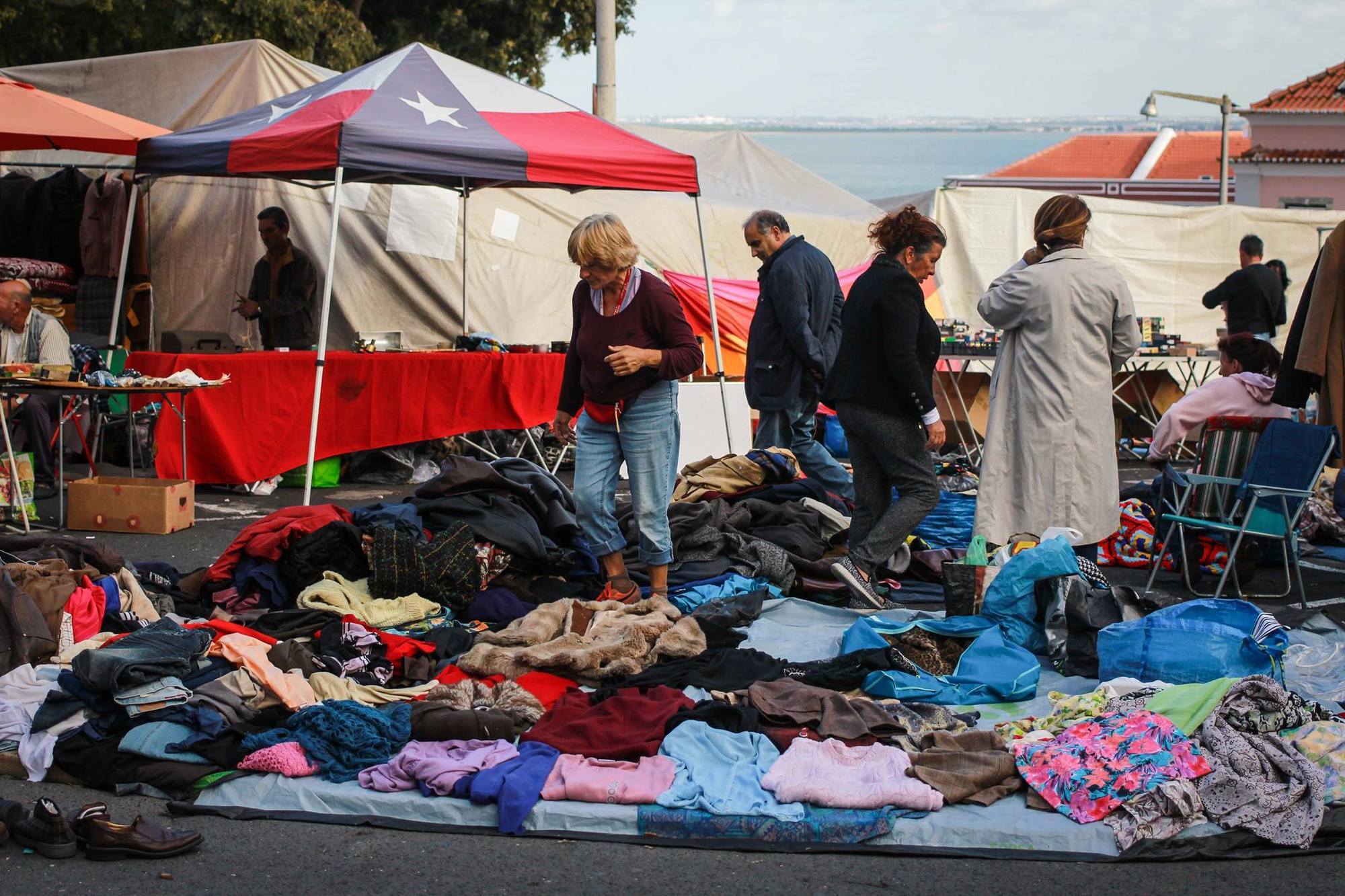 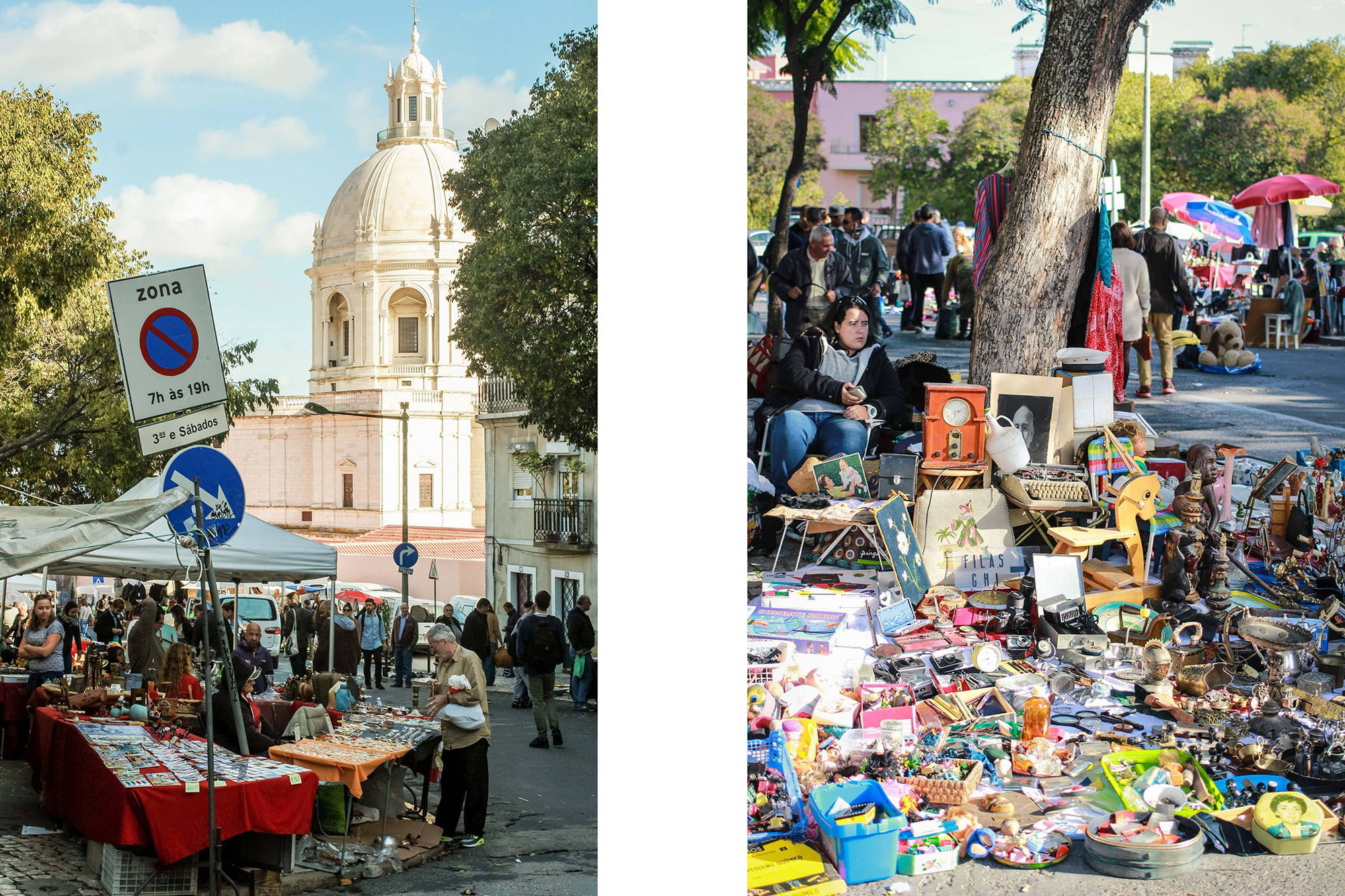 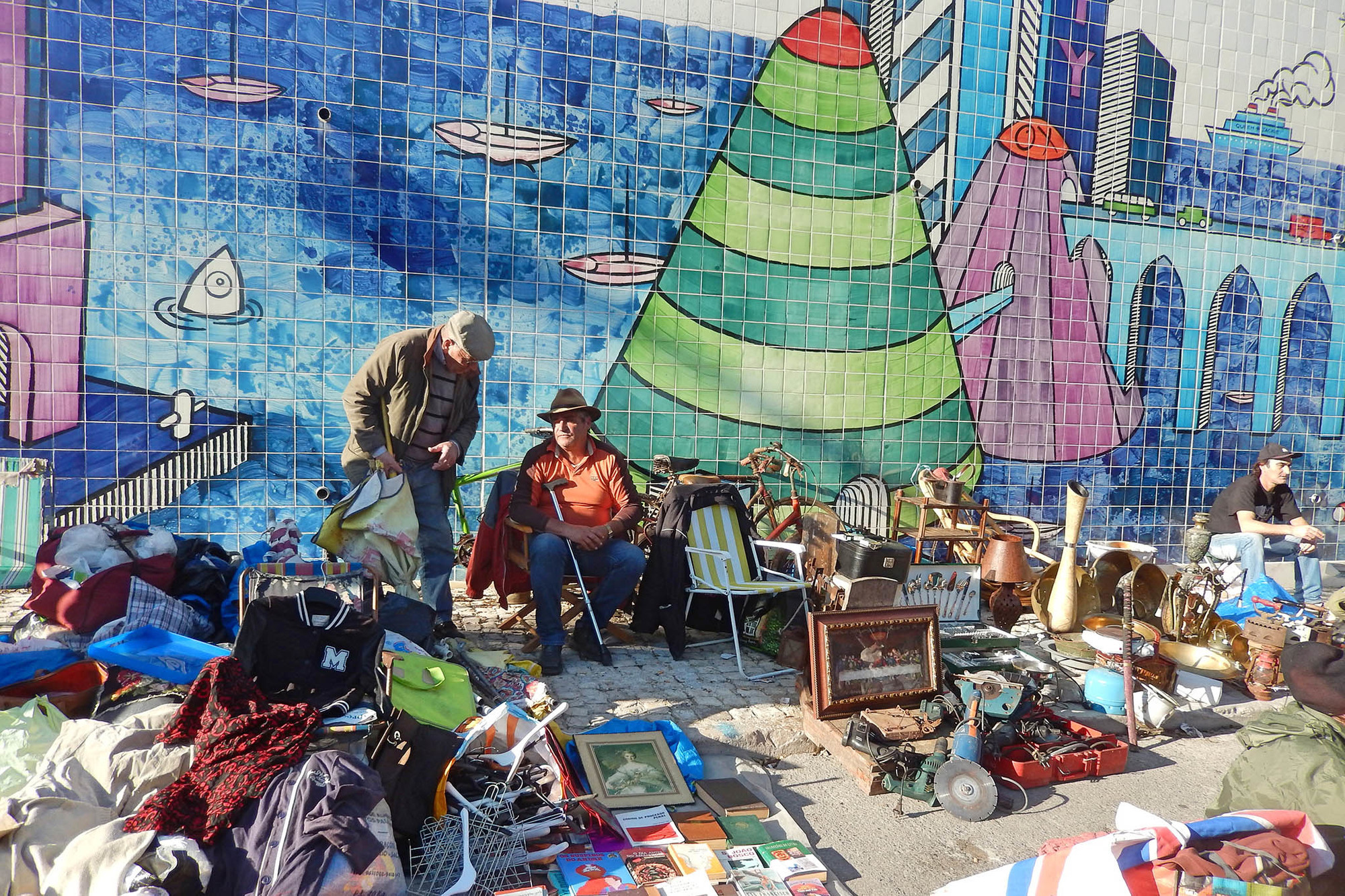 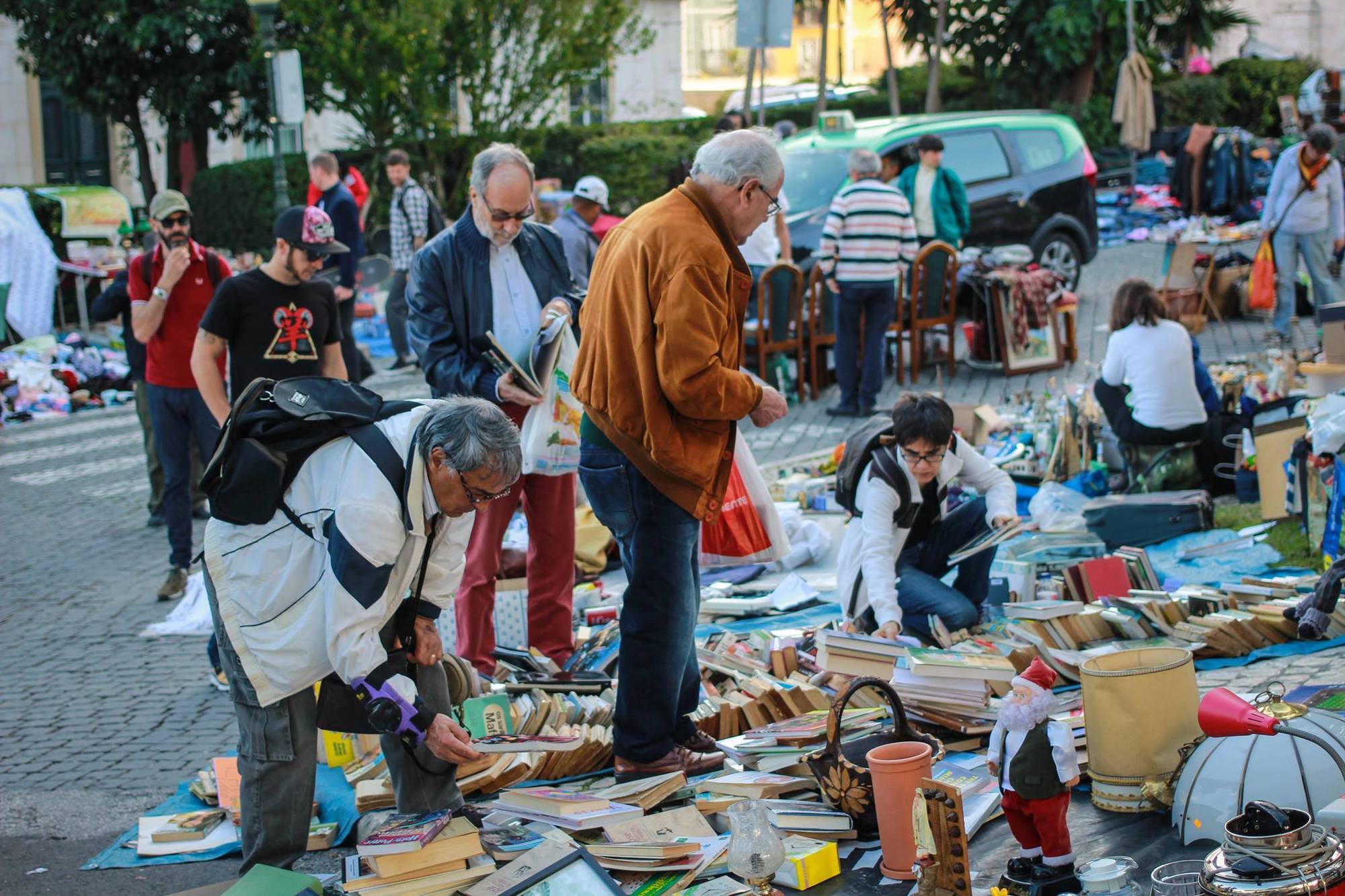 Plus! Don’t miss out on the opportunity to explore the neighbourhood, from the beautiful Pantheon where many notorious Portuguese characters are resting (including the former Portuguese Presidents and many artists like the Queen of Fado Amália Rodrigues) to the tiny hilly streets of the Alfama district, and have a break at the breath-taking Miradouro Senhora do Monte to have an incomparable view of Lisbon.

Words by Mathilde and Romain