Who doesn't have a blog nowadays? Without sounding too demeaning, there are many girls with a camera out there that press their hearts into blogs full of fashion style, travel experiences and newest hotspots. But there are only a few that really surprise us, that are very sincere and authentic. Until we came across Anne's initiative called Amsterdam Characters.

I met Anne last Summer through parallel contacts and we immediately had a common interest: the people of Amsterdam. She told me about her website full of striking imagery of characteristic Amsterdam citizens. Ofcourse we're all acquainted with the phenomenons of Humans of Amsterdam and other street photographers, but this was different.

I wanted to go out with her, follow her on the streets, searching of the right characters, but mainly also to understand what she's after to capture and share. The result: a beautiful sunny day, 3 striking characters and a more in-depth knowledge of Amsterdam Characters. Enjoy the interview! 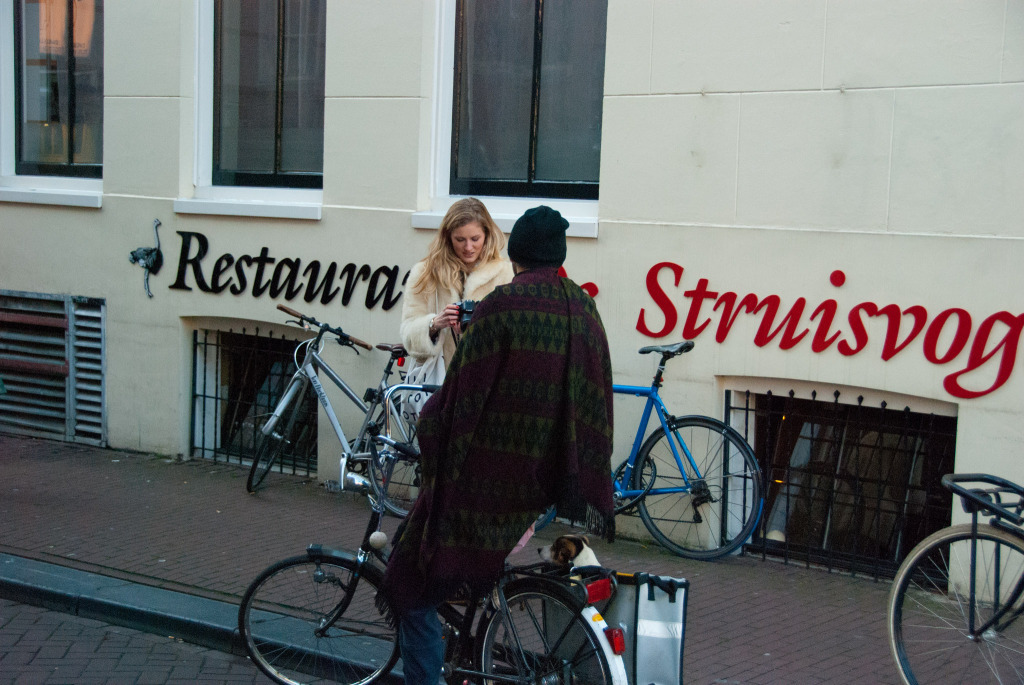 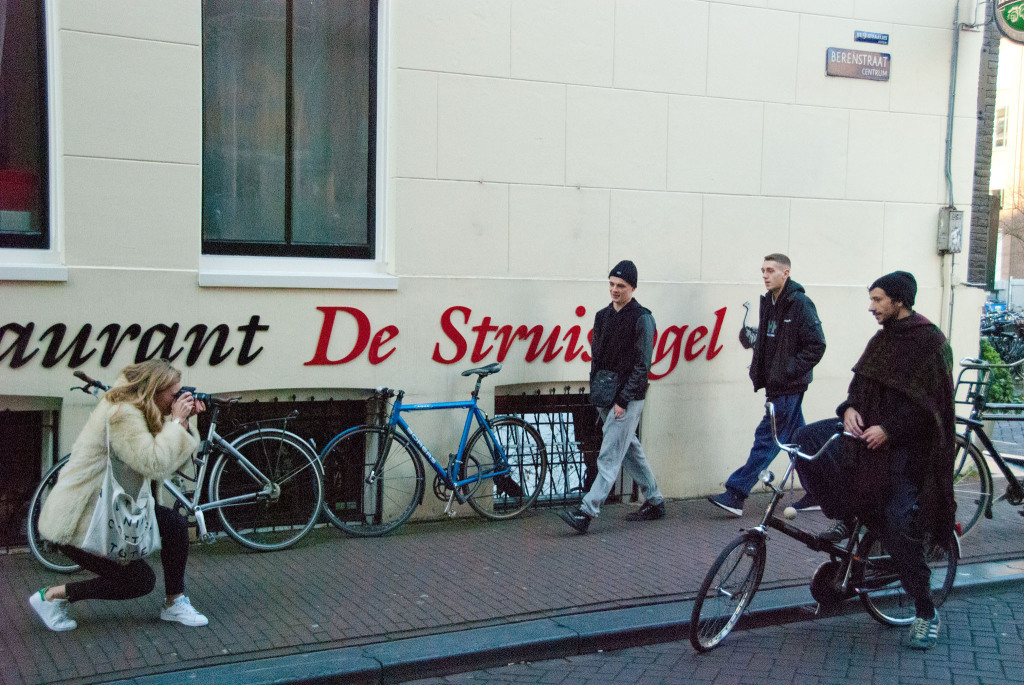 1. When did you start this great project and what has been the inspiration to start Amsterdam Characters?

It started 2 years ago, when I had just finished my studies in sociology and wanted to build a platform that allowed for more creativity, away from the academic. I’ve always been the observing kind, analyzing how people present themselves. Style is a very interesting form of expression and looks do tell a lot about a person. I found out that people who stand out in the way they present themselves externally, quite often show remarkable and outstanding ways of living and views on life. Uniqueness outside and inside, so to say. 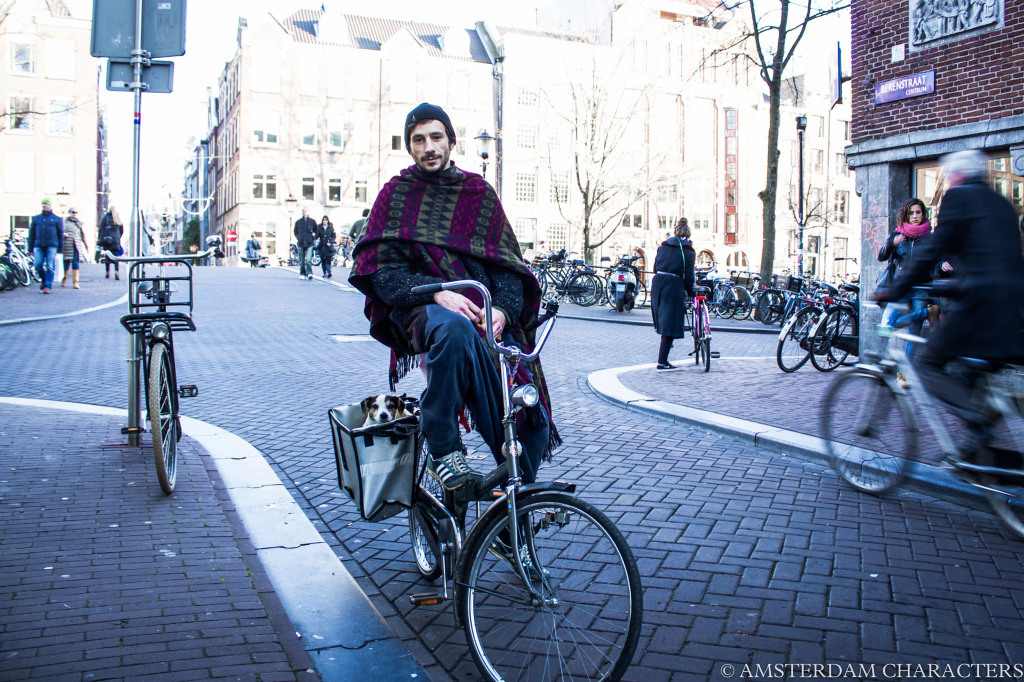 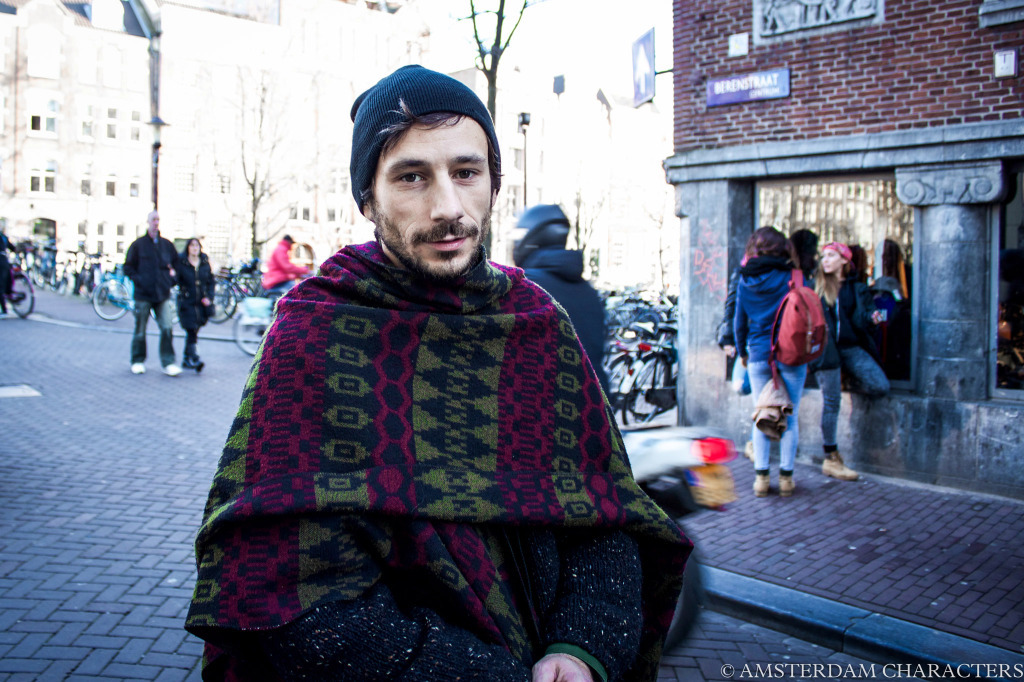 2. What makes you tick to do this? And how often do you go out to look for these characters?

It’s the people that got me hooked on this project. It’s very exciting to do, because it all takes place in such a brief moment: spotting, chasing and having a very short but very in-depth interview. There are so many beautiful stories people are willing to share to a total stranger like me. I’ll go out twice a week. One time I’ll go round for 3 hours and I find one character; the next I’ll have spotted 5 within the hour. 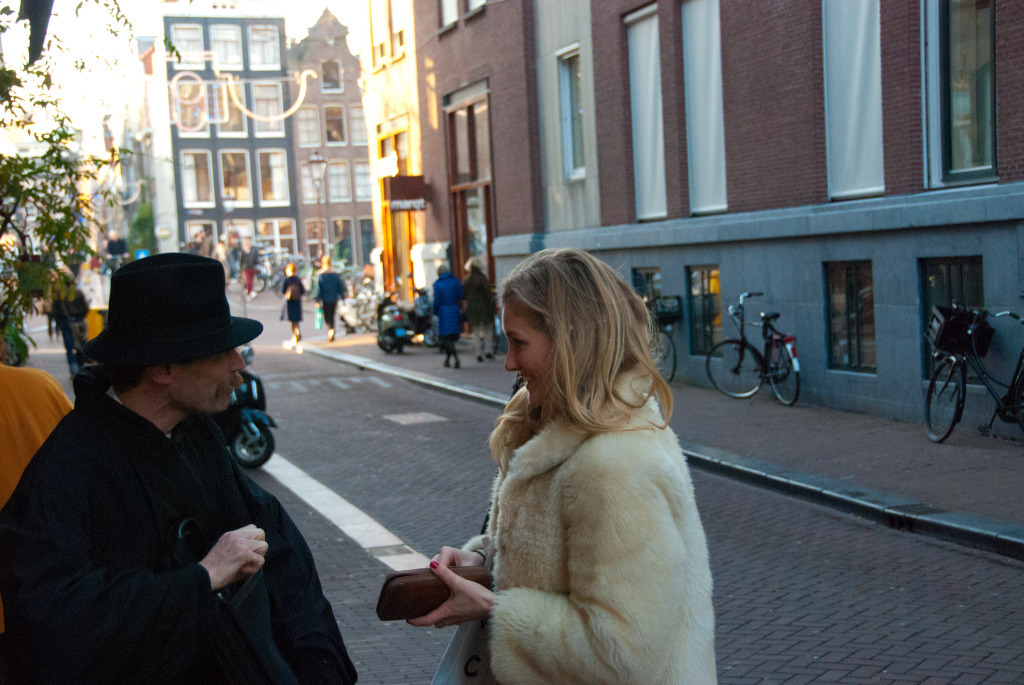 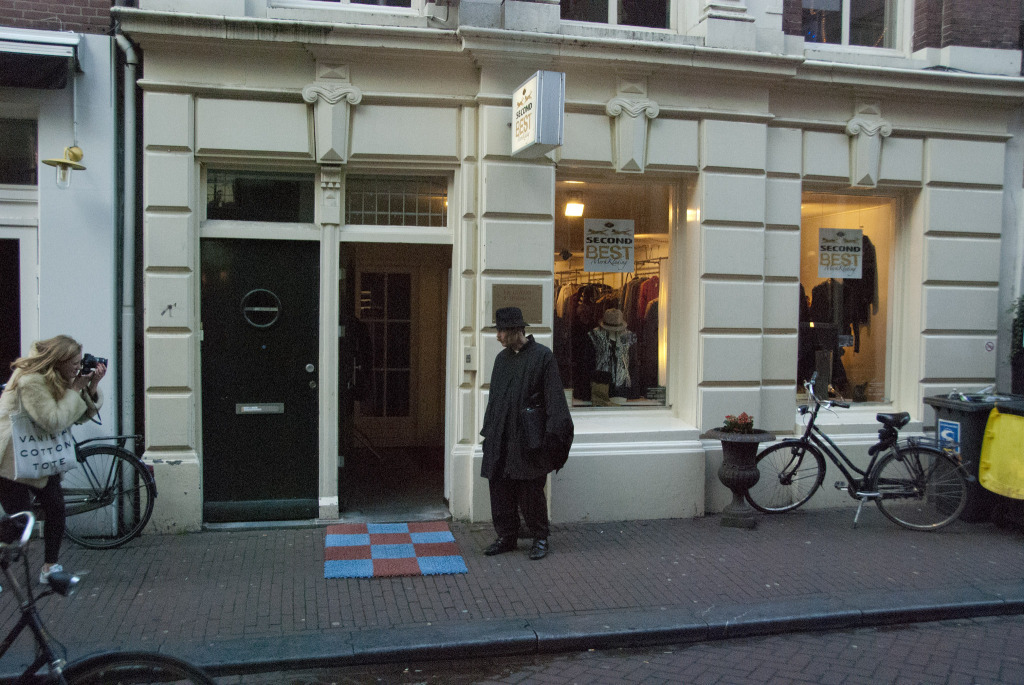 3. What makes Amsterdam the most suitable place for a characters’ series?

I guess it has something to do with a tradition of cultural diversity in Amsterdam. Although one might think that individualistic forms of expression have had their heyday in the second half of the 20th century, you’ll still find an openness to differentiation. Those creative, individualistic, eccentric minds are out there and that’s what I want to show. Amsterdam Characters is a way to appreciate diversity and might even be a 'covert' way to encourage it. 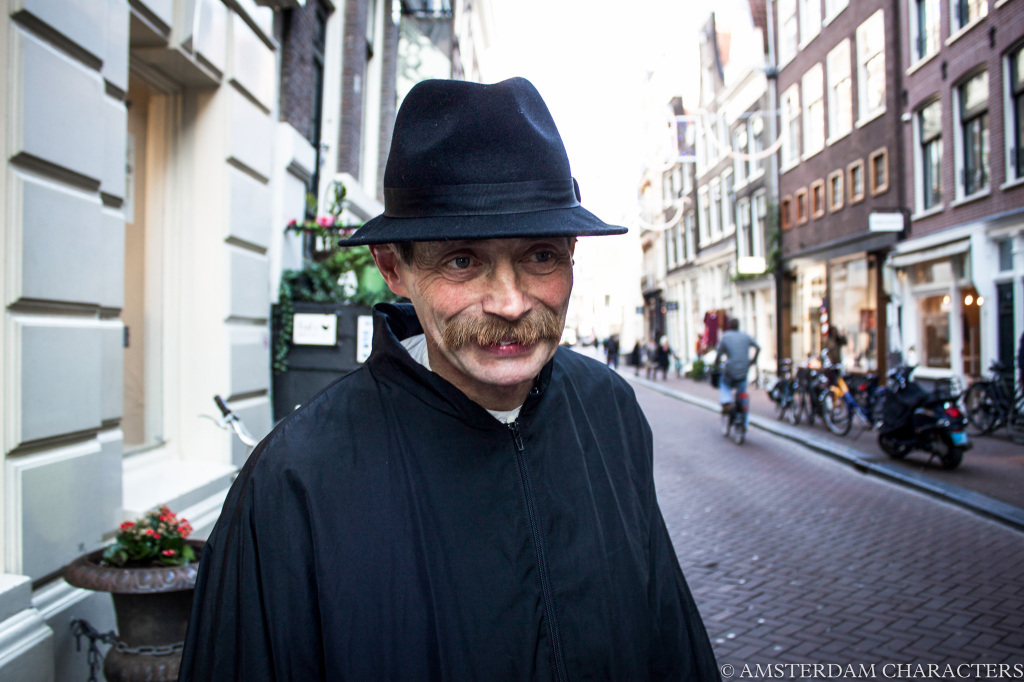 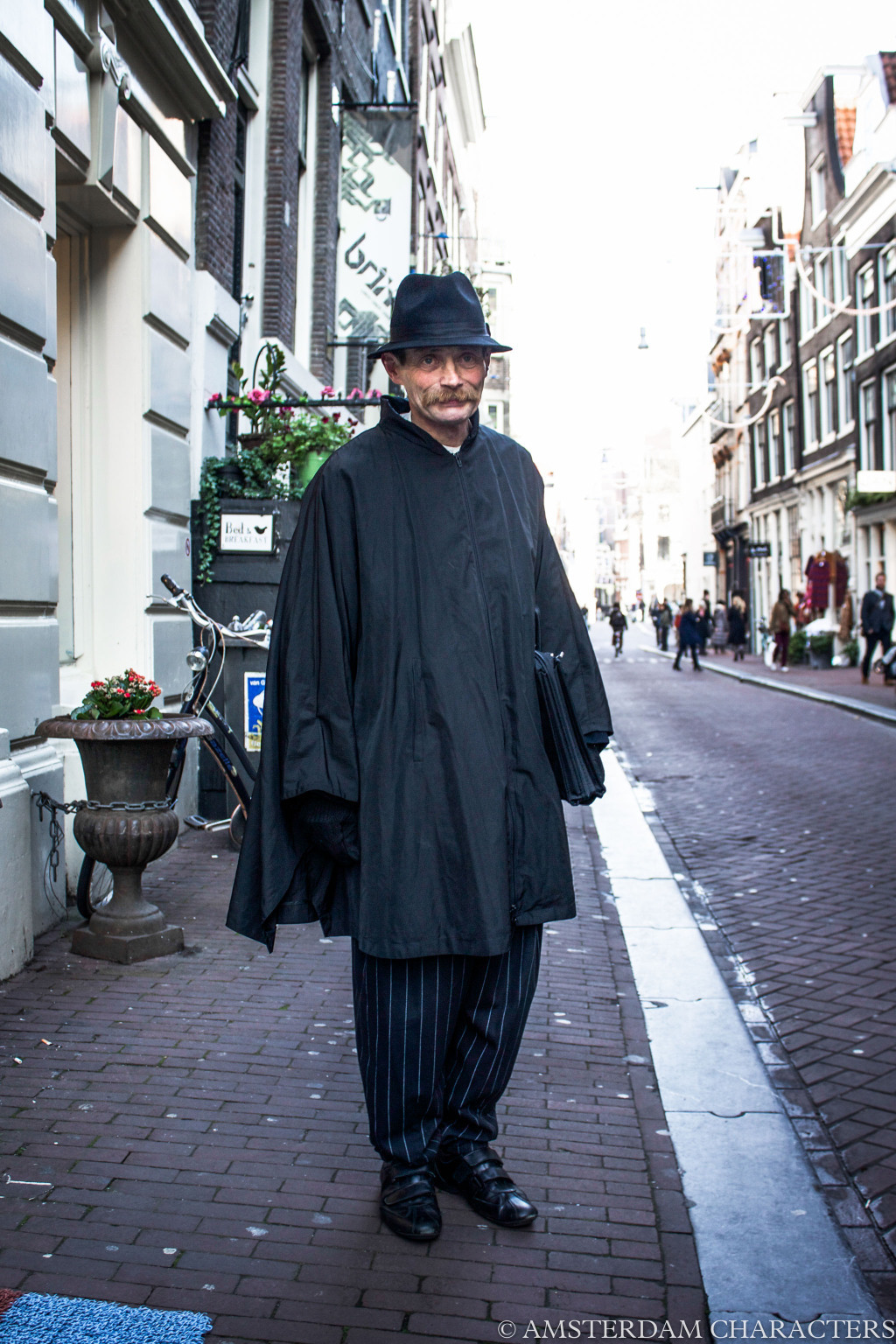 4. Any particular routes or neighbourhoods to find these special people?

I’ve got my favourite areas, such as the Nine Streets, the Waterlooplein, Noordermarkt, Haarlemmerstraat. There’s a high density of stylish individualists in those areas, but you can spot a character anywhere. Besides, I always spot the best when I least expect it.

One thing they have in common is their individualistic, sometimes eccentric sense of style. As far as I’m concerned, there are no rules for style, so I take pictures of everyone whose appearances strike me as interesting. It can be an element that seems a little off, but makes the outfit very intriguing. Or it can be that someone’s style fits the appearance perfectly and that the person sort of becomes one with his or her clothes. I like to be surprised by the characters. 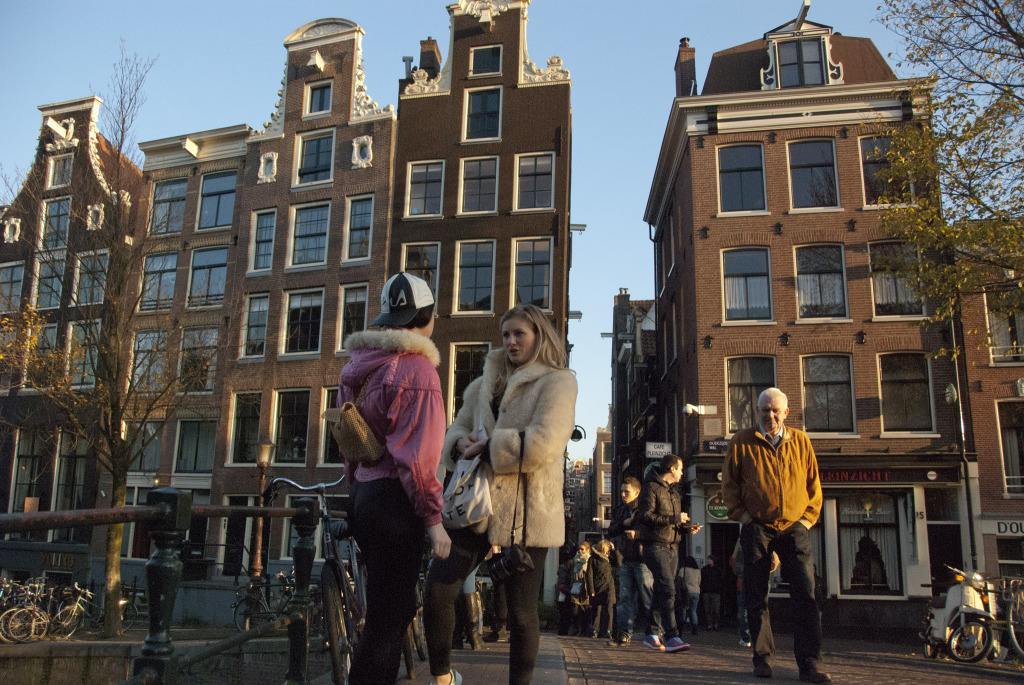 6. Could you share a particular surprising character/ story you have come across?

That would have to be Francesca, whom I met when I had just started Amsterdam Characters for like a few weeks.

Walking the streets, I spotted a man in a dress and heels but with her cheeks covered with stubbles. I knew I had to take her picture and hear her story. She was very reserved at first, but agreed on me taking a picture from the back, unrecognizable. She had only recently started dressing like this and to do so she came to Amsterdam, since her girlfriend at home wasn’t appreciative towards her new hobby. A year later, I got an e-mail in which she told me the picture had been somewhat of a breakthrough and that she had started her own blog with weekly updates of herself in women’s clothing, telling about her experiences.

"Eccentricity and individualism are key."

7. Any characters you’re still in touch with or keep on bumping into once in a while?

There’s always the nice coincidences of bumping into a character I’ve portrayed before. Like the man in the all-black outfit and the hat, Peter, whom I’ve met almost a year ago already. He’d been featured in an Amsterdam Characters collab with NSMBL and got such nice reactions on his style and story. The characters are usually very enthusiastic, telling me about the positive responses they’d had of friends and acquaintances who saw their picture online. 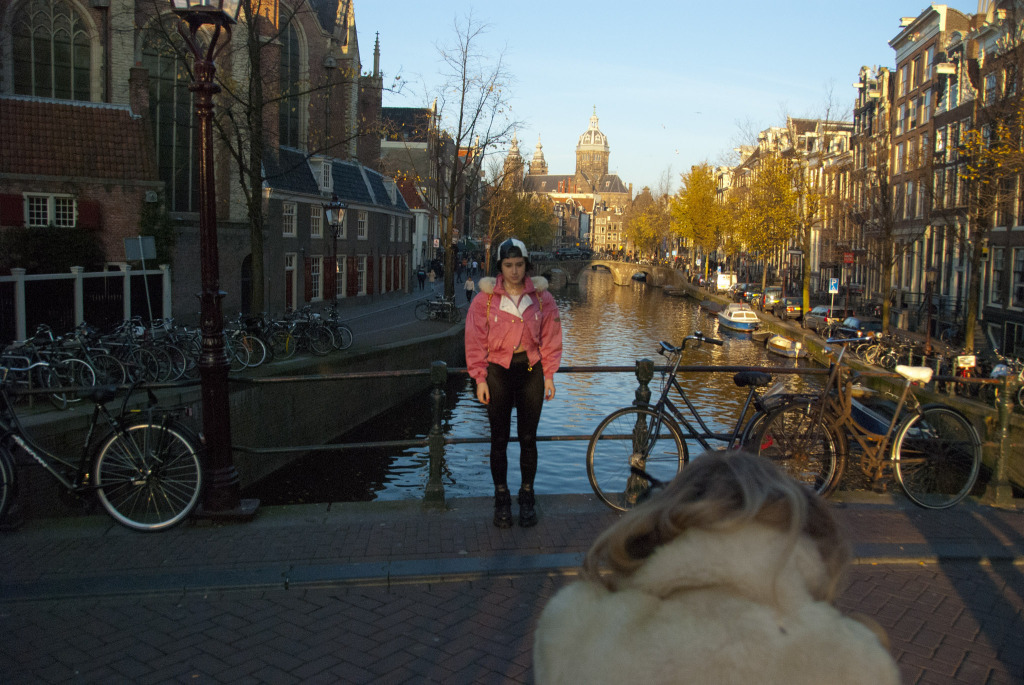 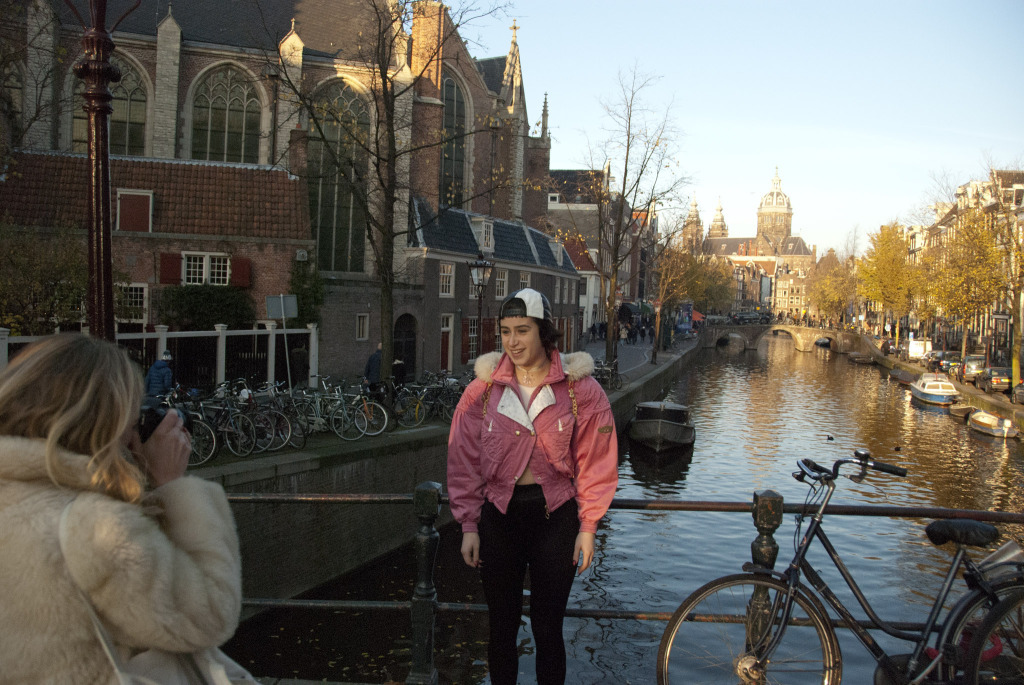 8. How would you compare yourself to successful initiatives such as Humans of New York/ Amsterdam/ etc. and the Satorialist? What would be the most differentiating factor?

Actually, there’s a big difference. I think Amsterdam Characters differs from the two both in aim and selection criterion. Eccentricity and individualism are key. The Satorialist is purely style and fashion whereas Humans of New York is more like ‘random characters’. Of course, we share elements of resemblance, namely that I am sharing stories (hony) of people with individualistic styles (satorialist). 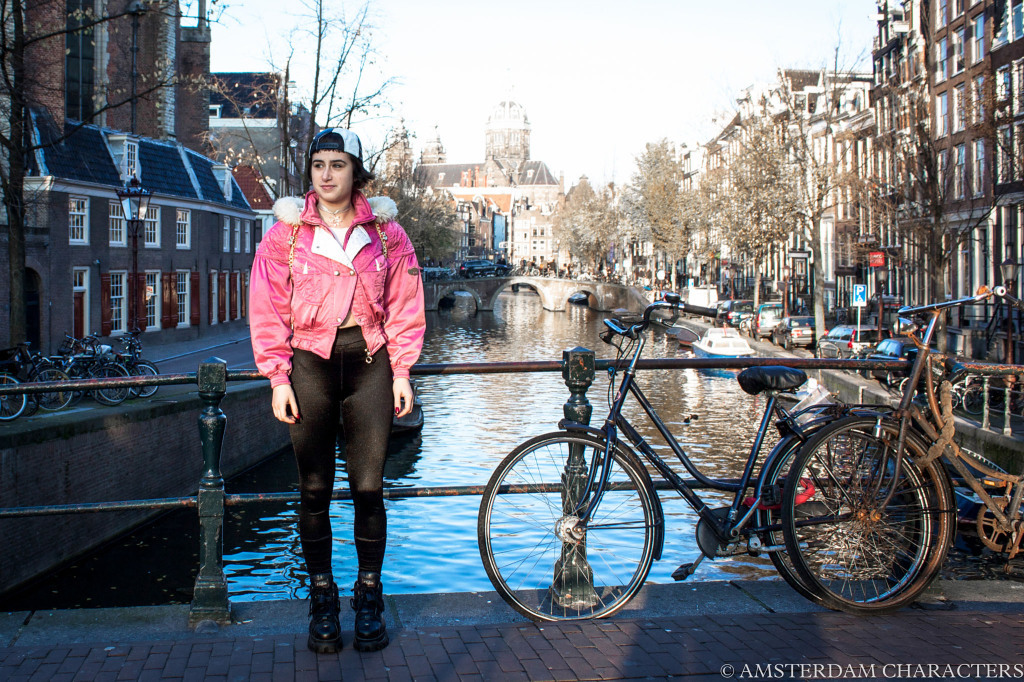 9. Through framing very outspoken types of people, could you notice any fashion trends or development in the clothing they wear?

The aim is, obviously, to look beyond trends. What I’m looking for is something beyond what’s in fashion, a uniqueness that doesn’t translate to a trending style of the moment. 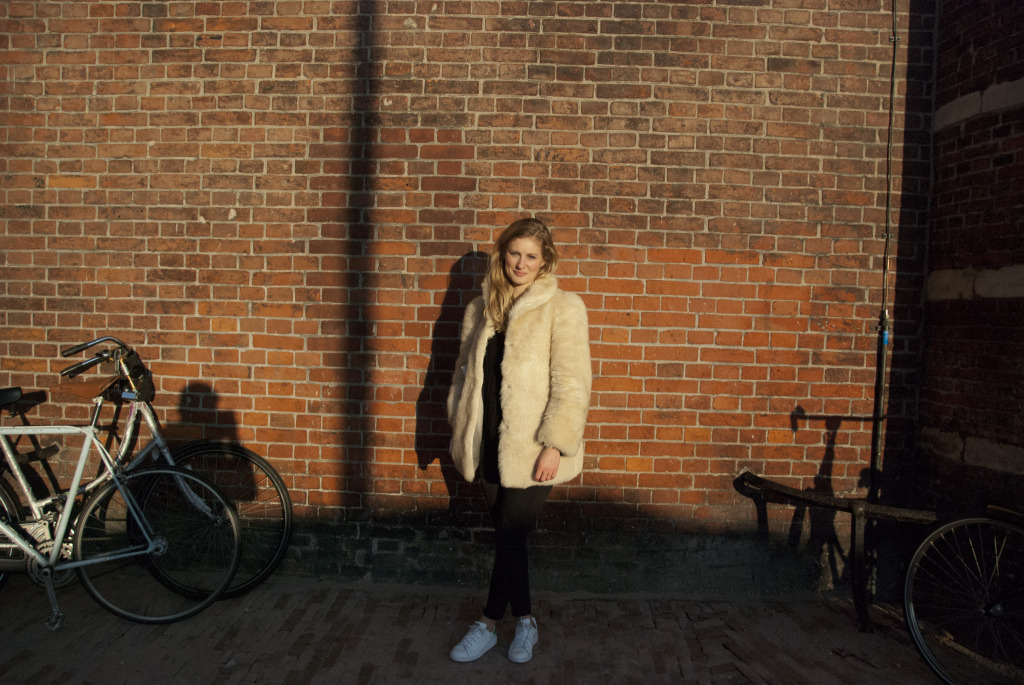 10. And if you could be a dreamer for a second: What’s next? Any plans to start these series in a different city? Or anyone in particular you would like to portray?

There’s an exciting new project coming up: Amsterdam Characters on video. I’ll be interviewing some of my favorite characters on a special location and it will be on the website soon! Also, there’s the wish to show the characters in print. I’ve portrayed over 120 so far characters and would love to assemble them all in one book. What’s more, it would be awesome to go global. There’s so many more cities to discover, all of those with their distinctive characters. I’ve already portrayed people in the streets of Paris, for a special edit last winter, but I’m focusing on Amsterdam for now. There’s many more beautiful characters to meet here! 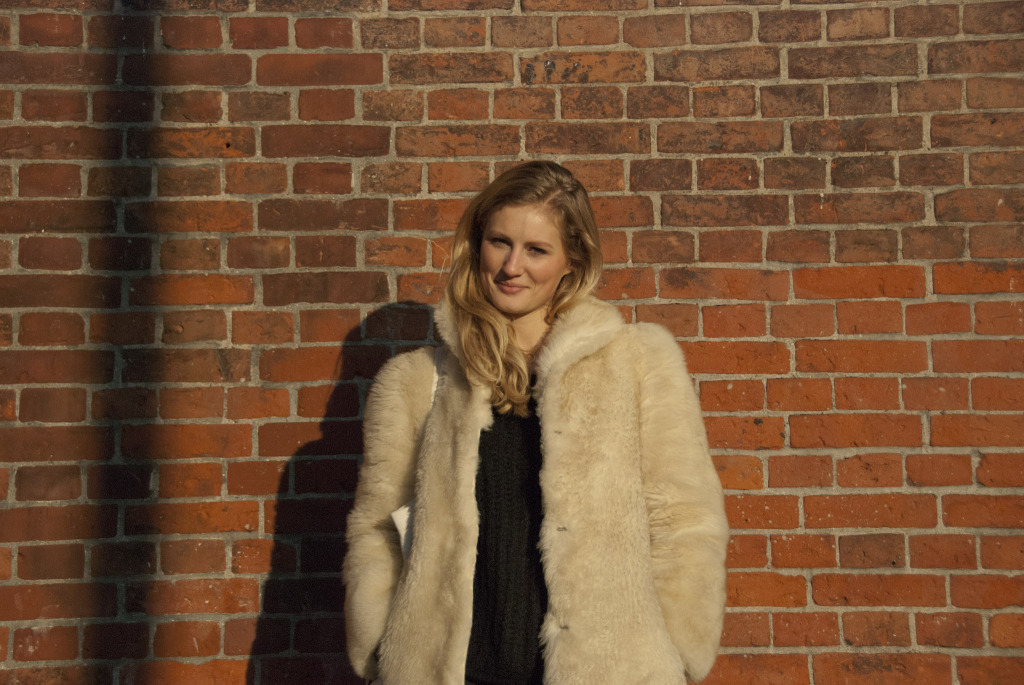 You're a nice character yourself Anne. Thanks again for taking me and us on a tour around town spotting Amsterdam Characters and finding time for an interview with us! www.amsterdamcharacters.com