Guru-, Godfather-, or King of the Amsterdam tattoo culture, have your pick to describe tattoo artist Henk Schiffmacher. The 63-year old Hanky Panky has more than a few talents beside inking body parts. I went to visit Henk in his shop in de Pijp to find out how an old warhorse like him feels about today’s Amsterdam tattoo scene and what kind of plans lie ahead...

Henk's fame extends the borders of Amsterdam! He's tattooed A-status celebs like Kurt Cobain, Lady Gaga and Robbie Williams just to name a few of many. But he’s also a renowned painter, author and art collector. The red thread of all of his artistic interests comes down to story telling.

I sat down next to Henk during one of his tattoo sessions for a chat and took photographer Kevin Rijnders along to capture this tattoo icon.

Thanks for having me Henk. You originally come from a Catholic family in Harderwijk. What made you come to Amsterdam in the first place?

The storytelling, narrative Amsterdammer. I enjoyed going to brown cafes (traditional Dutch pubs) and would run into the most interesting personalities that could tell the greatest stories. These cafes had a big social function tome. 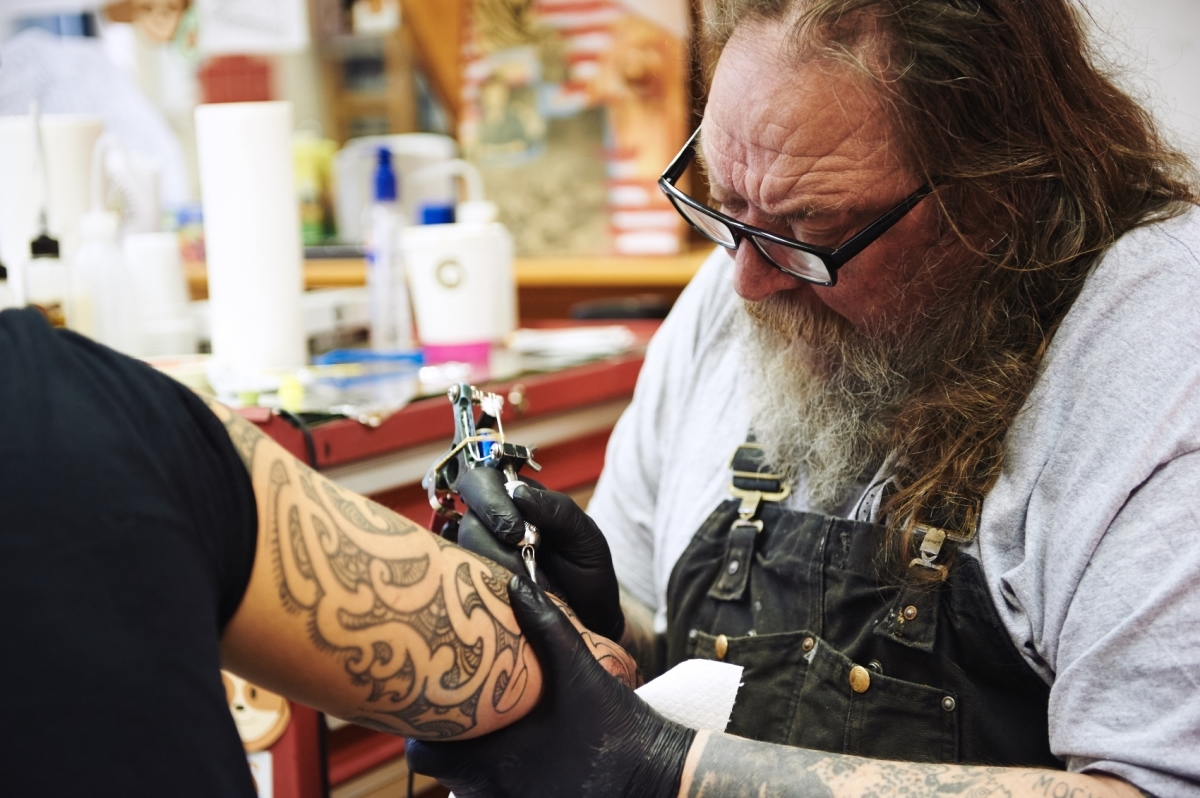 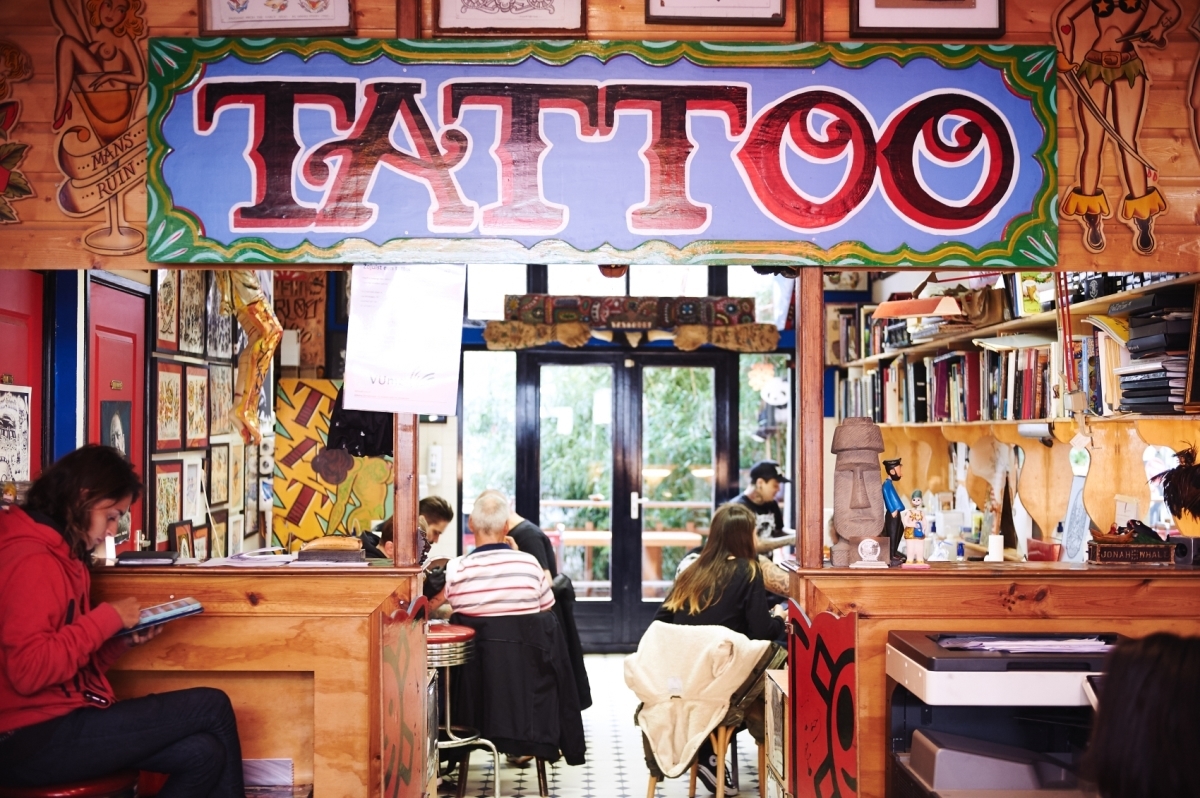 Do the brown bars still play a big part of your Amsterdam life?

Unfortunately the brown cafes are disappearing because of the no-smoking law, and because everyone’s chasing this ‘boom boom boom’ youth culture. The social function cafés have these days is spreading STD’s and that’s about it. These windbags just squall stories that are bullshit.


"I don’t mean to sound like a sourpuss but Amsterdam isn’t really Amsterdam anymore, 'the Amsterdammer' is on the brink of extinction. Yuppies living in the Jordaan are always complaining and often out of humor." 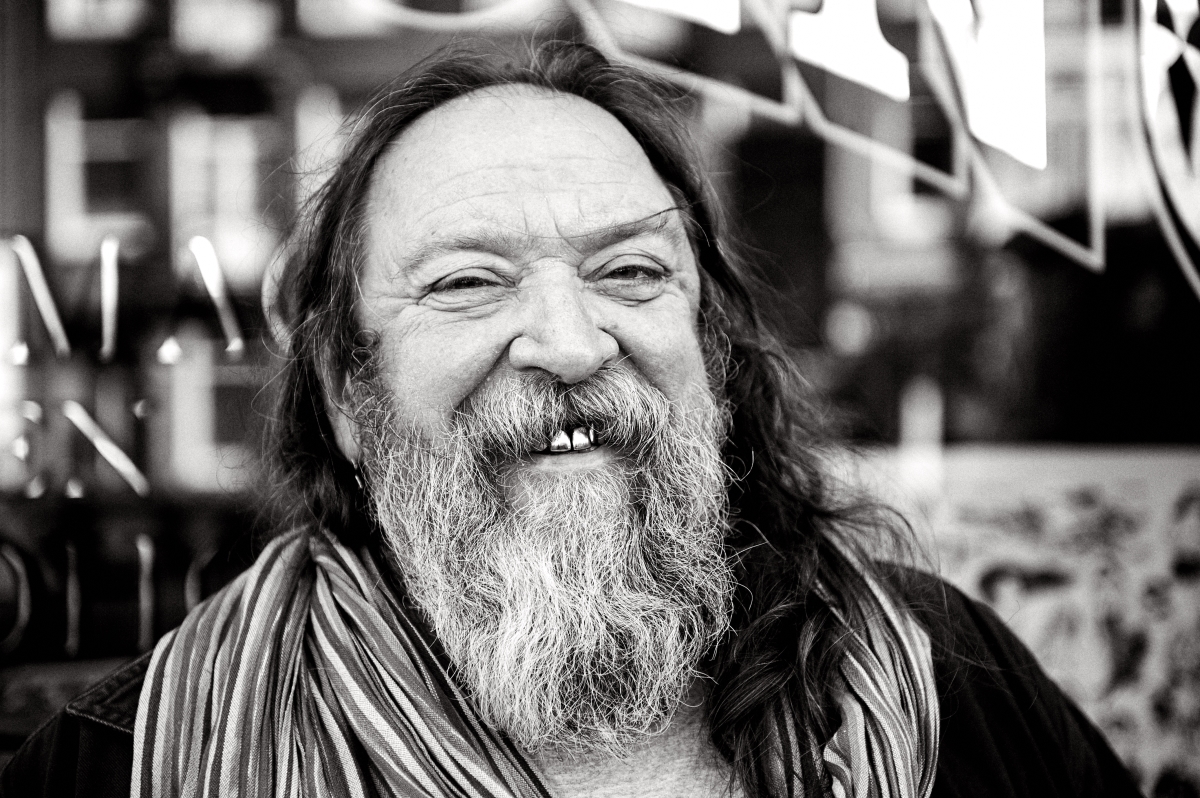 Speaking about youth culture, there seems to have been quite a shift in the tattoo culture over the past years, it’s not just for the Hells Angels, Sea-men and prostitutes anymore…

There used to be a big stigma on the tattoo scene here, and we worked hard to fight against it. Now the stigma has been torn down for the most part which is a good thing, yet on the flip side it has also become less ‘thrilling’. What I mean to say is there are a lot of people who get tattooed these days but shouldn’t be because they can’t handle it.


"Programs like Miami Ink have turned us into semi psychiatrists." 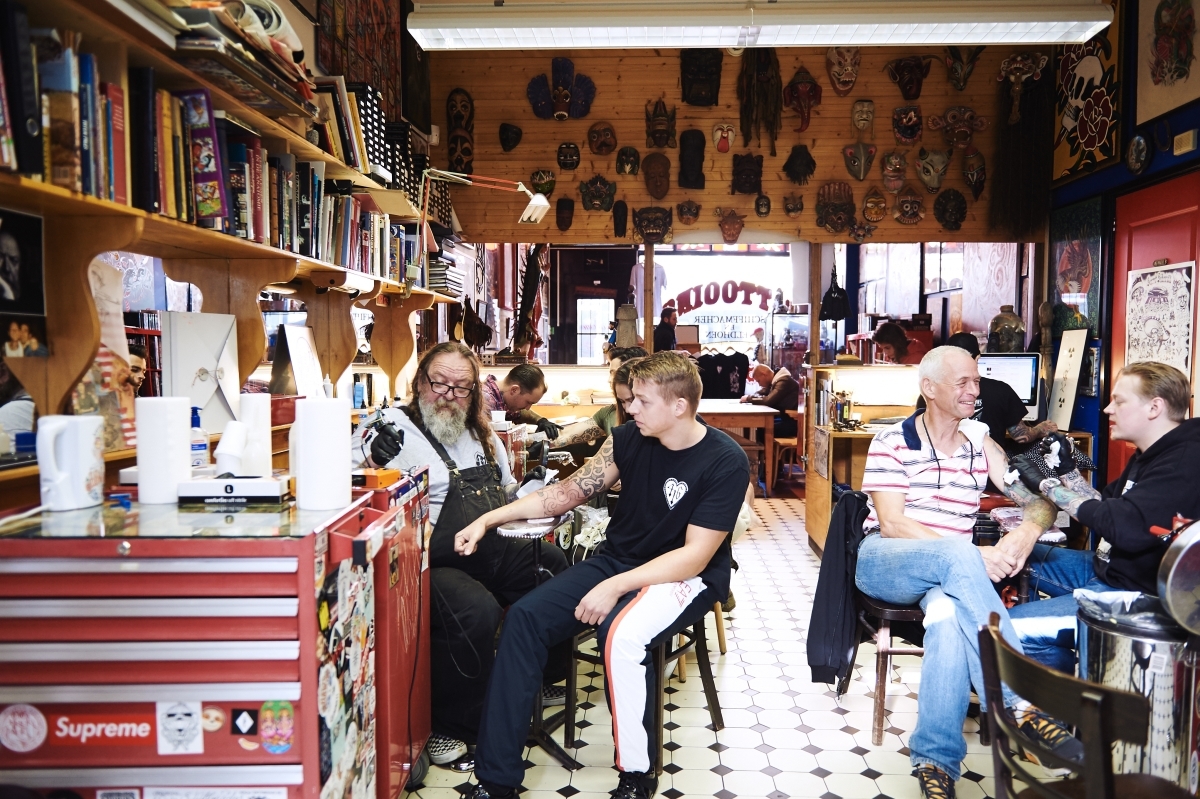 People started making up reasons to get a tattoo. Like, I’m in a new phase of my life; or, this one’s for my miscarriage..

I’m not saying that it’s nonsense, because it’s very human! But it’s almost as if people feel obligated to get a tattoo with an emotionally attached story to it and then explain all the details to you. You’re not yourself when you’re emotional, and sometimes I have to turn people away and let them think about it first.

We weren’t used to getting everyone’s misery poured over us, and frankly sometimes it’s a bit much

You're a walking encyclopedia when it comes to tattoo history, so what is the role of tattoos in the Amsterdam history?

Well, of course tattoos have a communicative function, you want to tell a story.  If it doesn’t communicate something, it’s not right. It was kind of like entering a Catholic Church. The story and symbolism of Jesus Christ was interwoven into the architecture, the Church buildings were kind of like comic books. Same way with tattooed bodies. You have to remember that many people were illiterate back in the days. 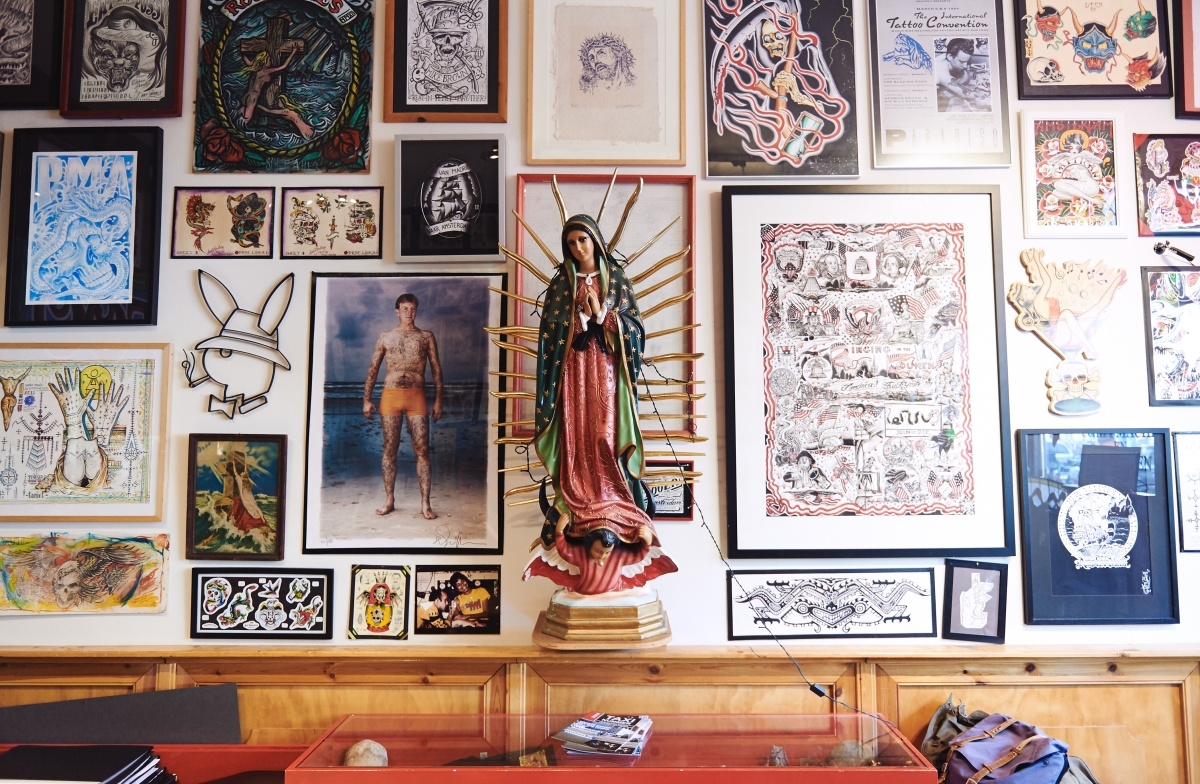 But tattoos never played as big of a role here as it has done for cultures such as in Samoa. In those cultures you could trace back who you are and who your parents were and where they came from, kind of like the Old Testament.


"Here you would often get your first tattoo for your mum, so she wouldn’t beat the shit of you for getting one."

You’re a huge collector of anything related to tattoos. You even owned the largest tattoo museum in the world, which unfortunately had to close down. Are you planning to do something with your collection?

At the moment parts of my collection are traveling around to various museums over the world, from Japan to Germany. But eventually I do want to do something focused with my collection. We’re continually looking for collaborations with other collectors and thinking about opening one big museum together.

You’re also working on a donor law that allows people to leave behind a piece of tattooed skin to their loved ones.

In the first place I wanted to get that fixed for myself because my tattoos are part of my collection. And then I thought, well maybe there are more people who want to leave behind a part of their tattooed skin.  The donor law is in progress and I’m positive we can pull it off.

I have about 115 tattoos but the tattoo on my hand for example is Samoan and it's a tattoo against rheumatism and this one's very special to me. Would be cool if my hand could stick out of the ground when I get buried [laughing]. Or keep it preserved for my children. 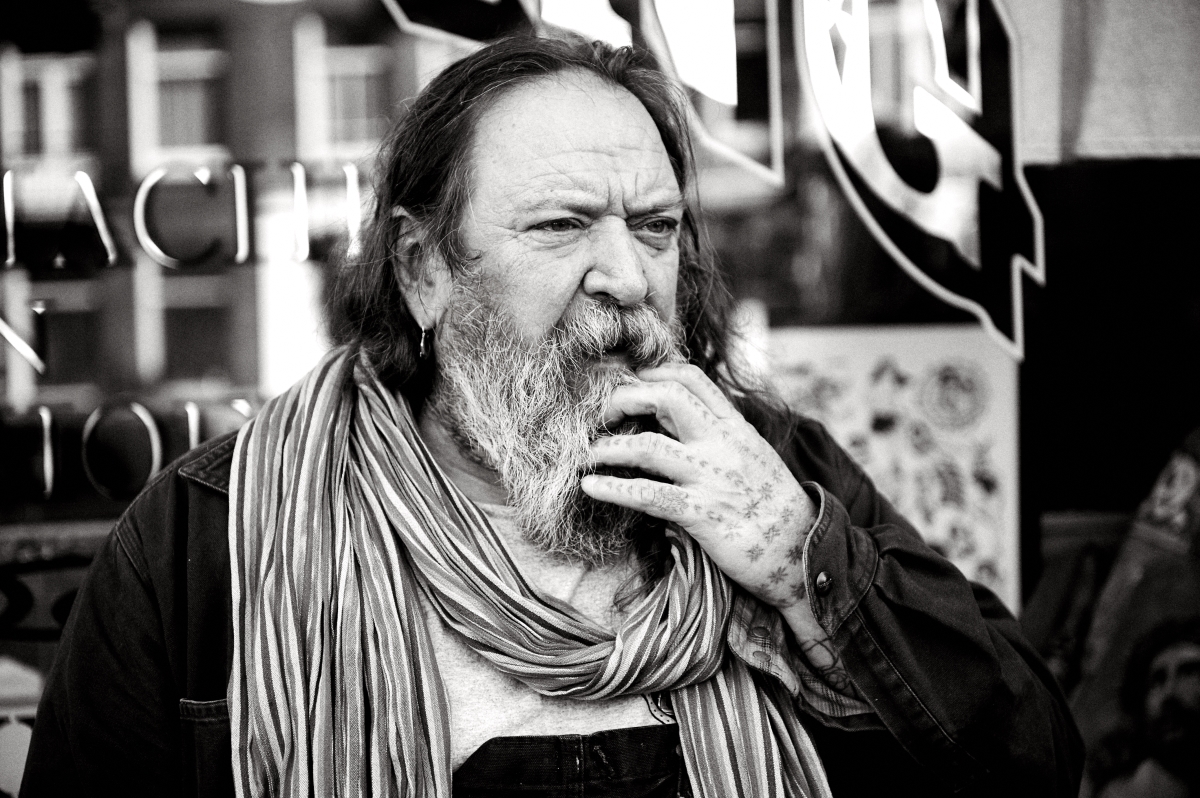 What other plans can we expect in the near future?

I've released a book last year 'Getekend Henk Schiffmacher' about the stories behind my own tatoos, fun stories as well as sad ones, and who made them. It's kind of like my personal tattoo poetry album to the public.

I’m releasing a new book, an encyclopedia and story-book about tattoos by the publisher Taschen. It’s coming out this spring.

But I also want to visit our army troops in Afghanistan and Mali and tattoo them.  If the Defense Ministry can bring Jantje Smit (Dutch folk singer) to come sing for them, they can also bring us to tattoo them. Just like it used to happen in the old days. I have so many ideas running through my mind, who knows what else will happen. 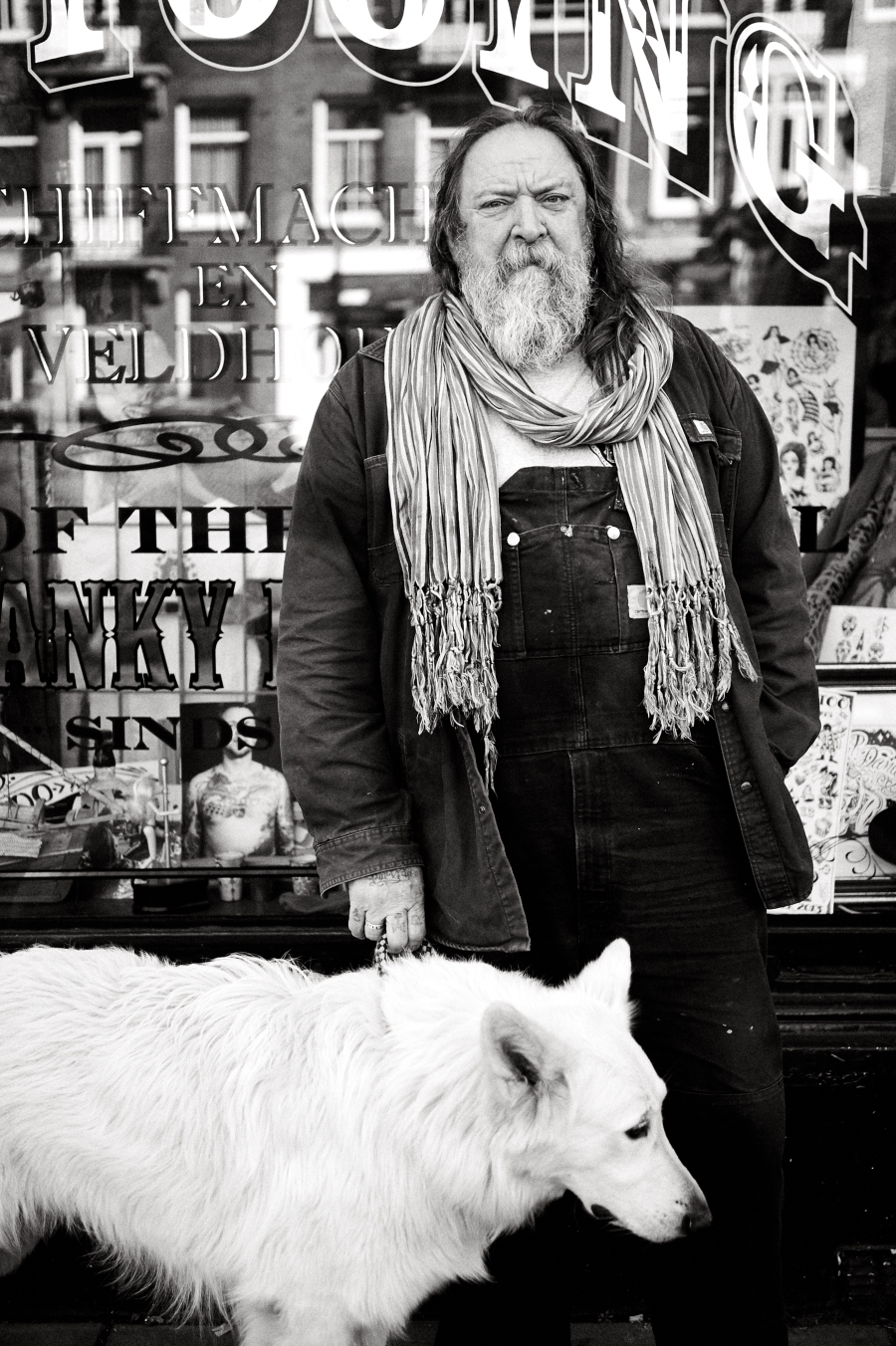 A special thanks to Kevin Rijnders for the photography.