PopUp Dinner is a mobile restaurant, a dinner which appears in one place, then in another, always in search for the next best location.

PopUp Dinner wants to reunite foodies, people in search for new flavours with a big appetite, thus it's menu is always different, alongside the location. 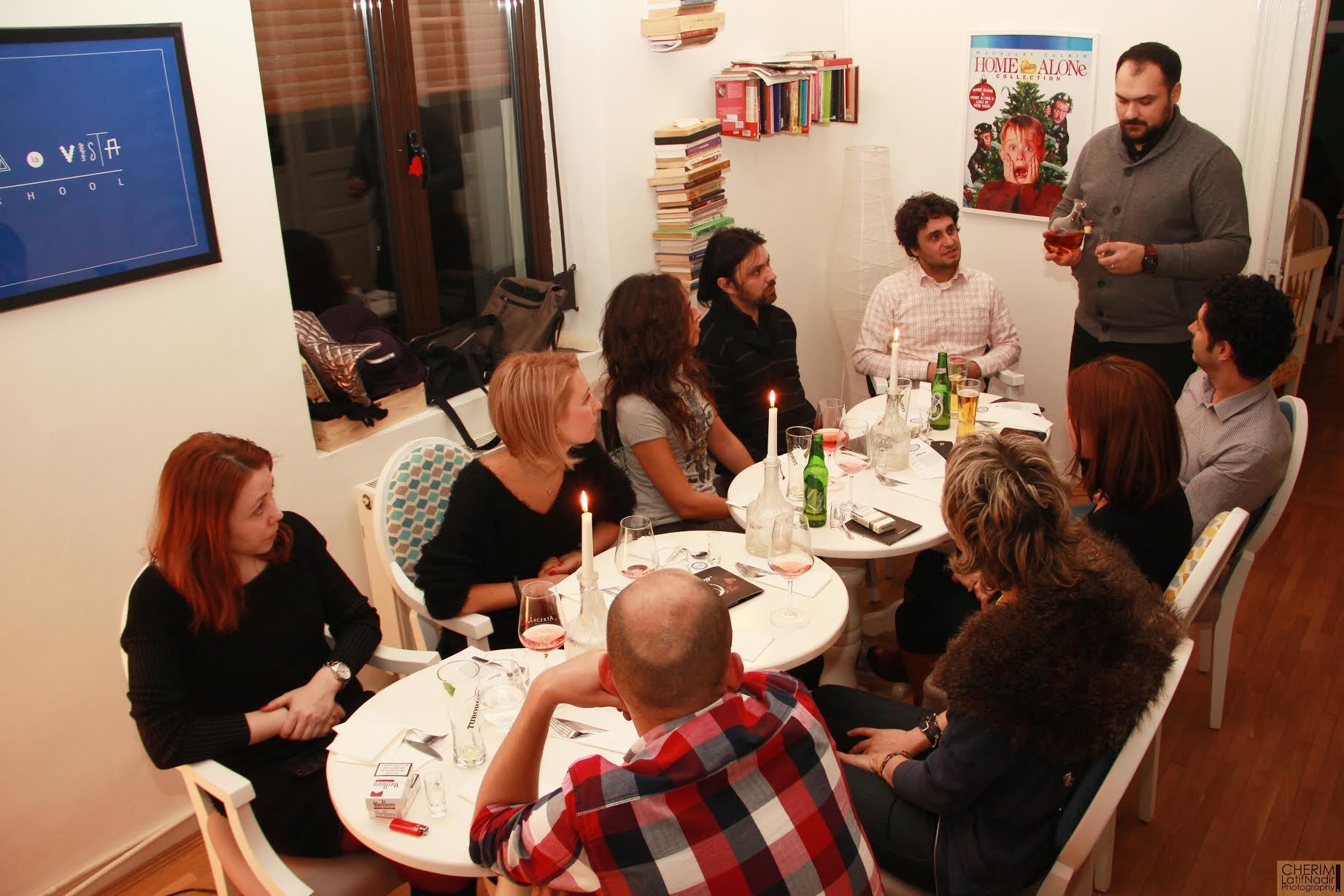 PopUp Dinner is the first initiative of this kind in Bucharest, isn’t it? How was this idea born, and who is behind it?

Yes, indeed, we are the first to come up with such an idea, and we are very glad we inspired others in doing it. The first seed was planted by a very good friend of ours, Silvia, on that time she was residing in London, and after going to a similar dinners over there, she wrote Irina (knowing her passion for cooking) and encouraging her to try it in Bucharest. We spent some time planning the concept and building the guts to do it, and there it was. The first PopUp Dinner in our small apartment with 9 friends and one stranger. After that it was only a matter of time until we started going places and giving it the real "pop-up" effect. 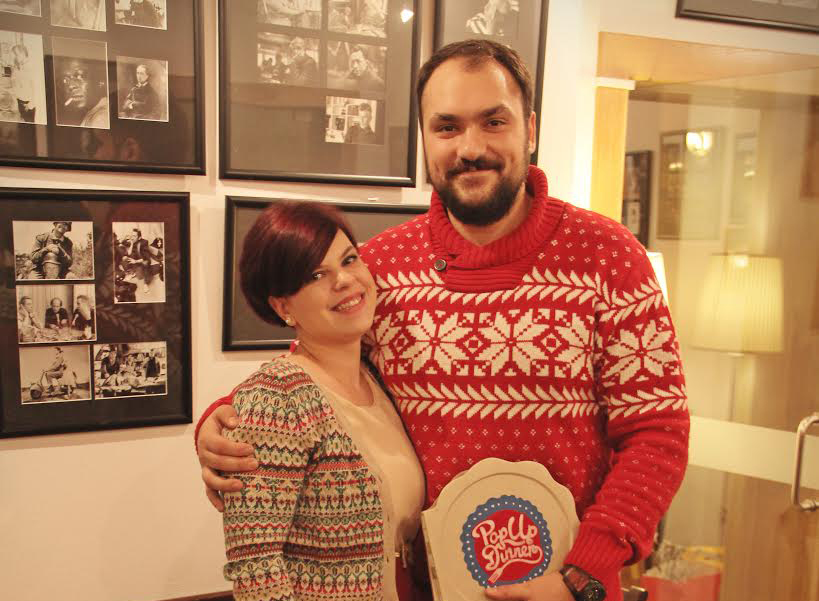 Do you think Bucharesters were waiting for this type of initiative? How easy was it to promote yourself, and how responsive were the people? What challenges did you face?

Probably they were, yes, because the feedback was great, everybody encouraged us to keep on doing it, at first mostly friends, but afterwards, people we didn't know started to show up, and really appreciate Irina's cooking and quality overall. People were very responsive, and that gave us courage. Soon after that we found out that the Romanian proverb, in translation "not everything that flies can be eaten" was very applicable to the PopUp Dinner concept.

We canceled events, some were a hit, some were less fortunate, but we kept on going forward, coming up with new ideas and locations, new concepts and themes, and started building a trust in people, and people started trusting us. We always delivered good food, adequate in quality and size, with menus that inspired even restaurants or buffets. We can honestly say that we are part of the food revolution happening in Bucharest. 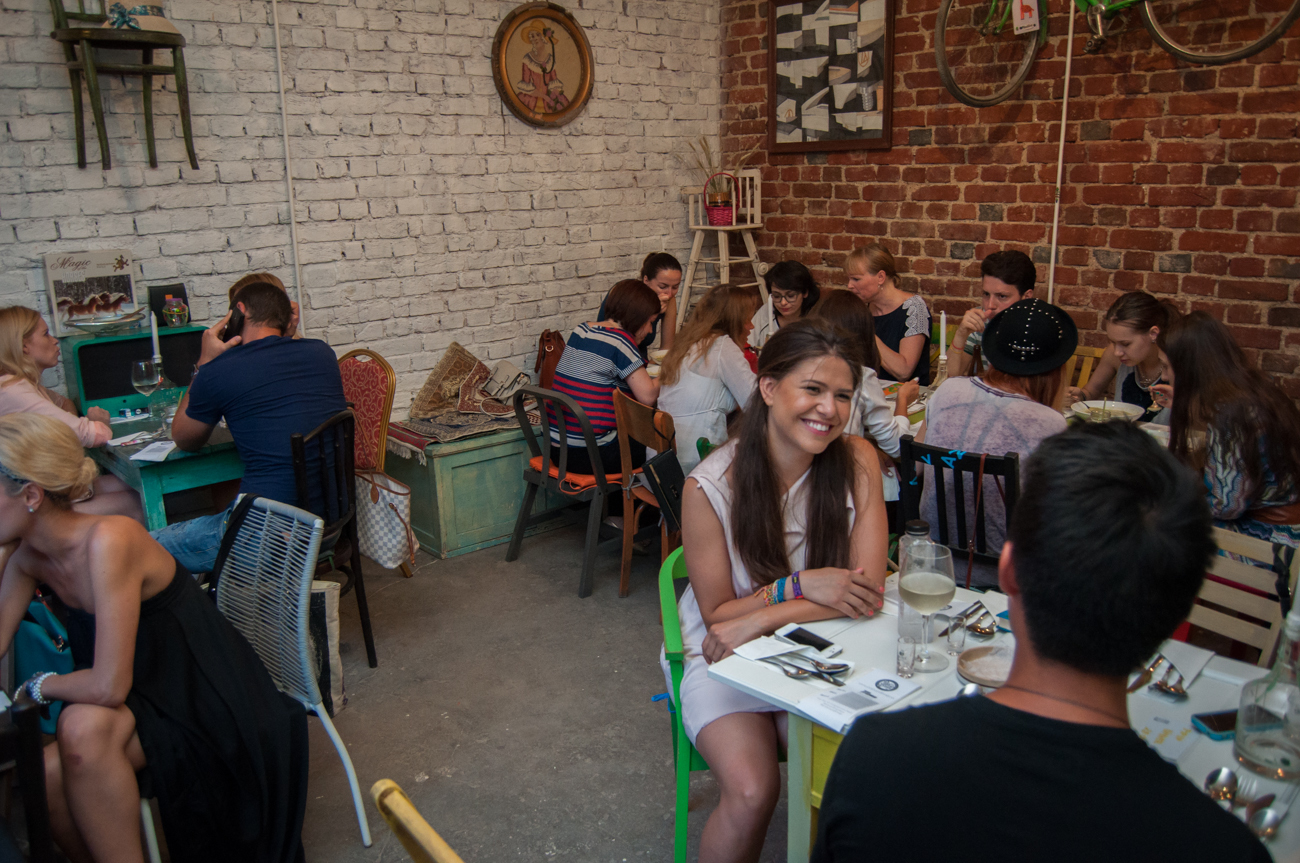 You always change the location, and you never have the same menu. Is that for your own challenge to always strive for new, or is it simply because you wish to create a unique experience for your guests?

We think it's probably both, from the start we said to ourselves: this is an opportunity a few restaurants or bistros have, to always change the menu. New flavors mixed with new ingredients, always fresh and everything made from scratch, without ever combining semi-cooked ingredients or frozen ones (except vegetables, which are actually healthy when frozen, they still contain vitamins and minerals).

Also, for our customers, it's nice to have a different menu everytime, in a different location all the time. as you say, a unique experience. We hope we'll not run out of locations, although in Bucharest, at least, new locations are opening every month. 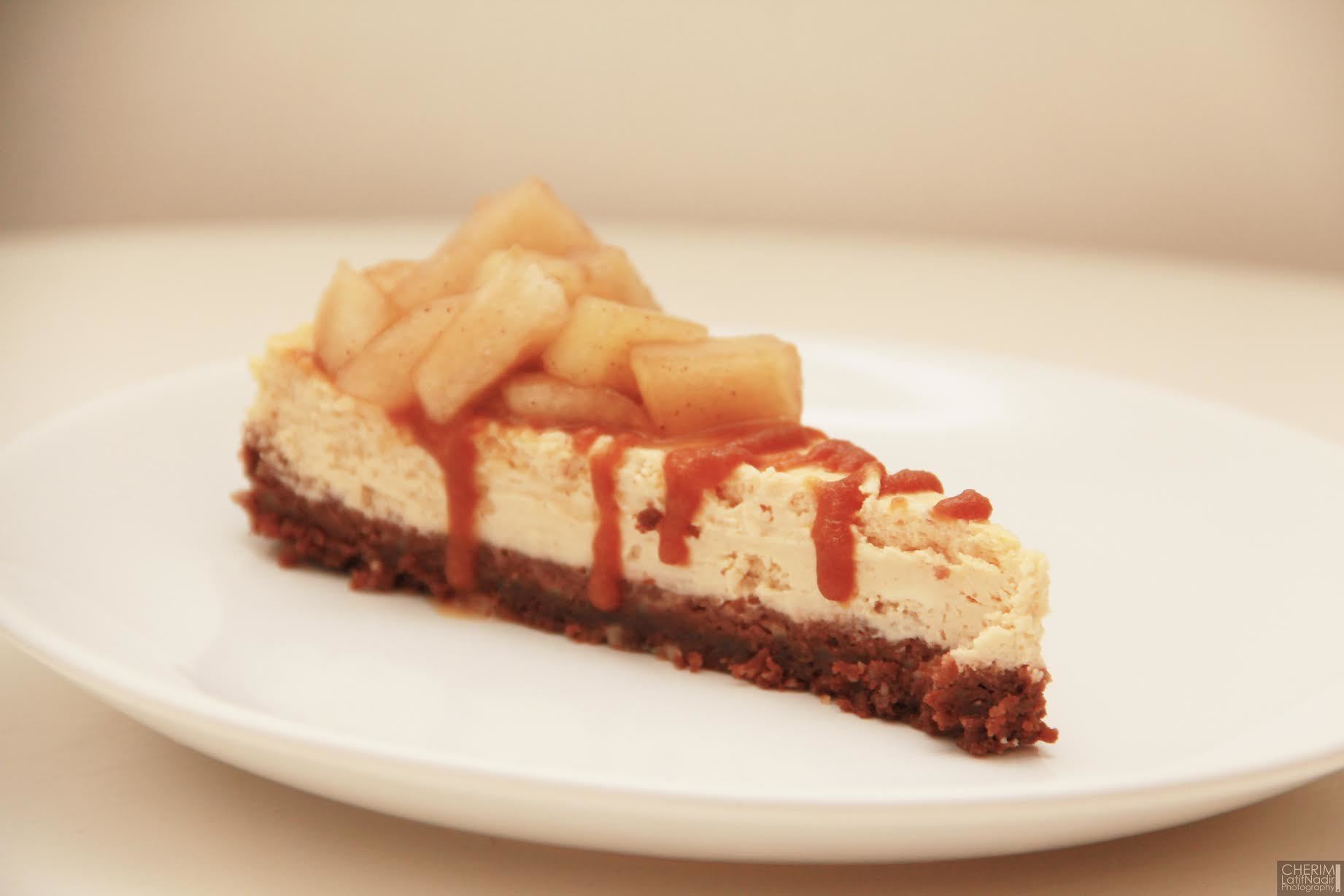 You always pick great locations. You’re organising dinners in cafes, restaurants, bars, theaters and even buses. What are you taking into account when choosing the next place for PopUp Dinner?

We always take into account the personality of the location, it has to say something. Either it's saying cool, fresh, or Scandinavian design or London pride, or even maybe art place or creativity reflected in a play at a theatre pop-up dinner, it has to be a location that stands out from the crowd.

And so far, we've managed to do that. We had a dinner with a play, in a theatre, movie night, with the release of a well known and very expected movie, dinner tour with a double-decker, halloween masked experience, that took place in a club, besides pop-up dinners in very beautiful and interesting locations. 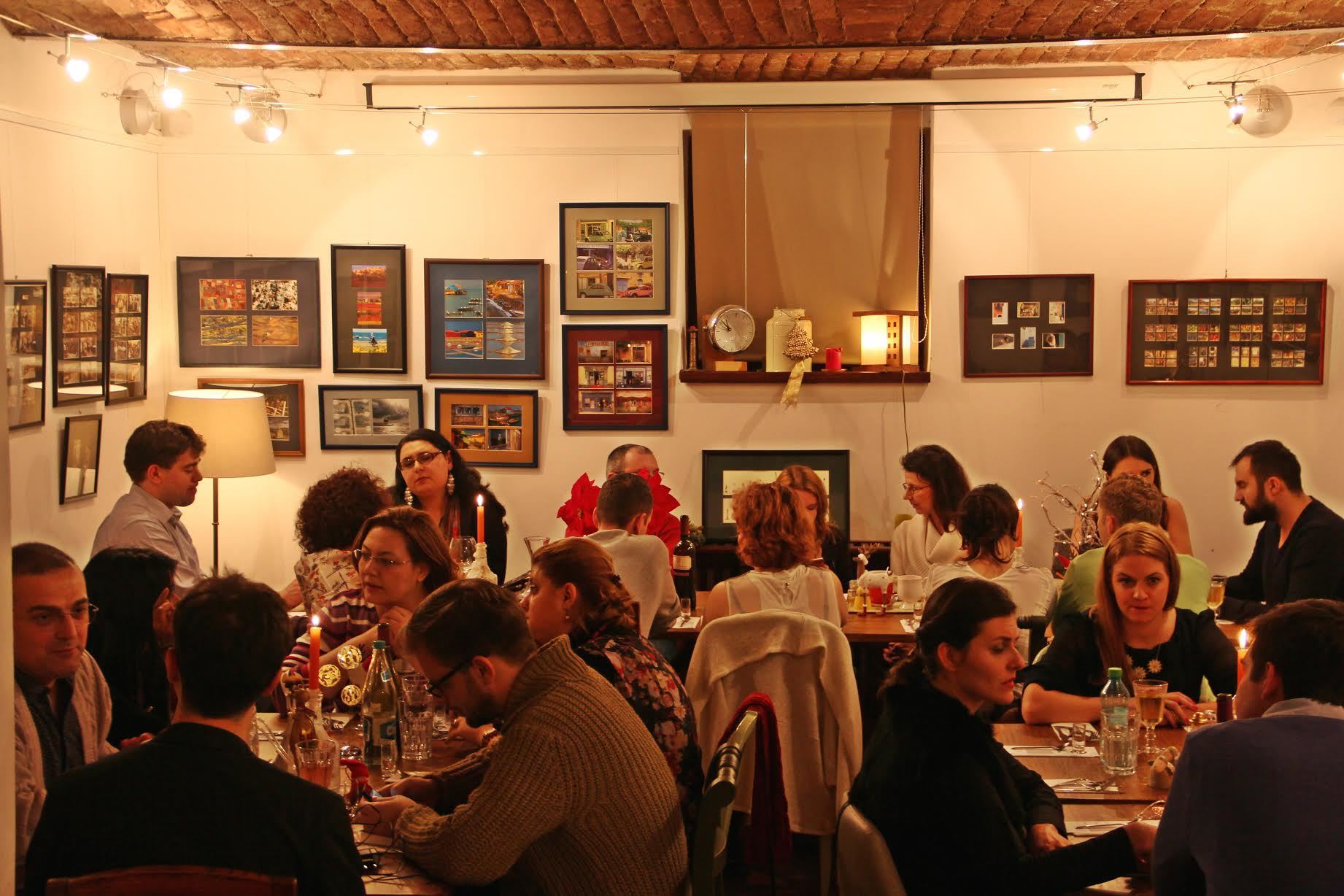 How do you see PopUp Dinner growing? Do you have any plans of scaling? Perhaps moving outside of Bucharest as well, or outside of Romania?

We already had dinners outside Bucharest, in Baia Mare, and outside our borders, one in the Netherlands, one in Germany, both of them with high success and pleased guests. Some of them asked us to move over there, and start a business there, because we would have a lor of success. To be honest, we would love to host dinners in the big cities of Romania, like Cluj, Sibiu, Brasov, Timisoara, or even in big European cities like Paris, Amsterdam, Copenhagen, Berlin, and why not, London, as it all started from there.

We are currently looking for an investor, to open a location in Bucharest, a concept that is not yet present on the Bucharest market, and which will be a very interesting place. But let's not ruin the surprise, more info we will provide after we will find the investor. Until then, follow PopUp Dinner on Facebook and Instagram to be in touch with their wonderful events.

Thank you Pop-Up Dinner for taking the time for this interview. We hope one day we can be value to you in regards to launching in other cities.

All photos by Nadir Cherim Photography.