Ever since 1959, a family-ran business that is going strong. Lalime is the kind of place where you immediately feel welcome, where the mood and the ambiance are exactly what you need. 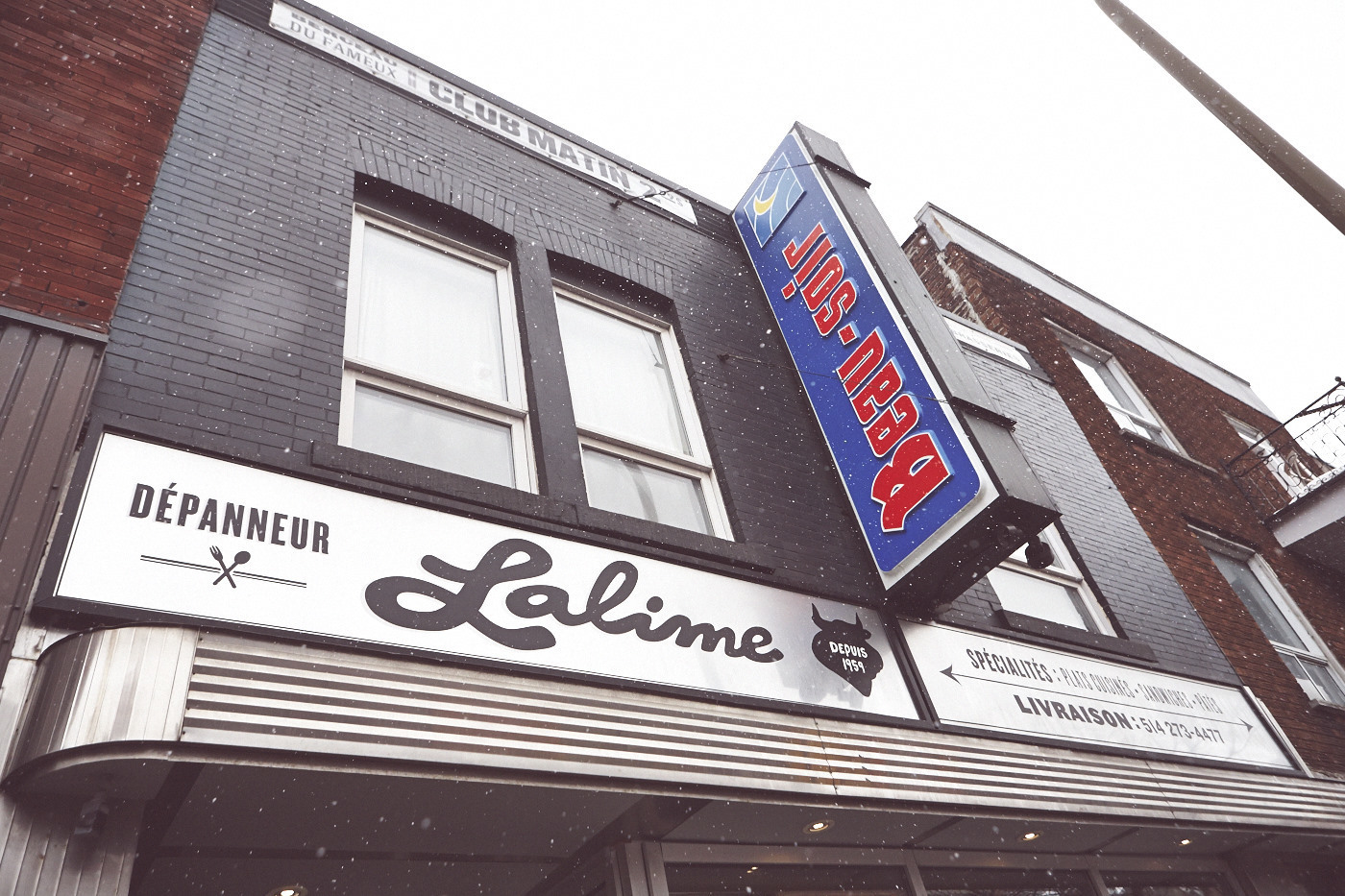 Lalime is a dépanneur (convenience store) located at the corner of boulevard St-Laurent (commonly known as The Main) and the up-and-coming Beaubien Street. But don’t get fooled  - Lalime is not your conventional dépanneur. It’s a general store, a small restaurant, and a neighborhood hangout, the kind of place you may have seen in old movies or heard your grandparents talk to you about. Lalime isn’t trying to be cool and hip. Instead, it doles out authenticity and great value, elements big businesses can often neglect. 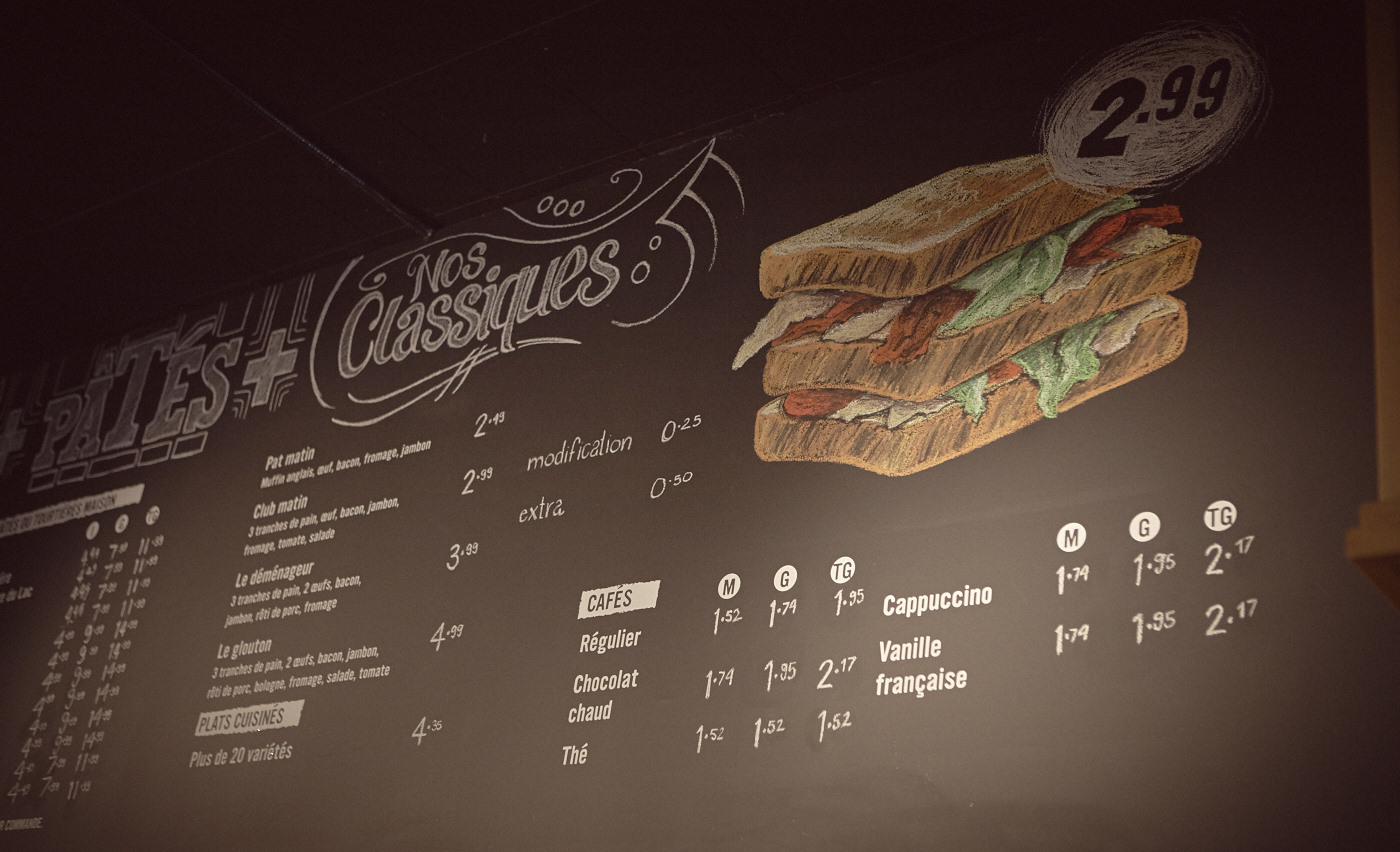 That realness has earned Lalime a faithful clientele. Famous chef and restaurateur Martin Juneau orders a sandwich and a coffee every morning, and stand-up comedian Martin Petit and actors Éric Bruneau and Monica Chokri are also regulars. 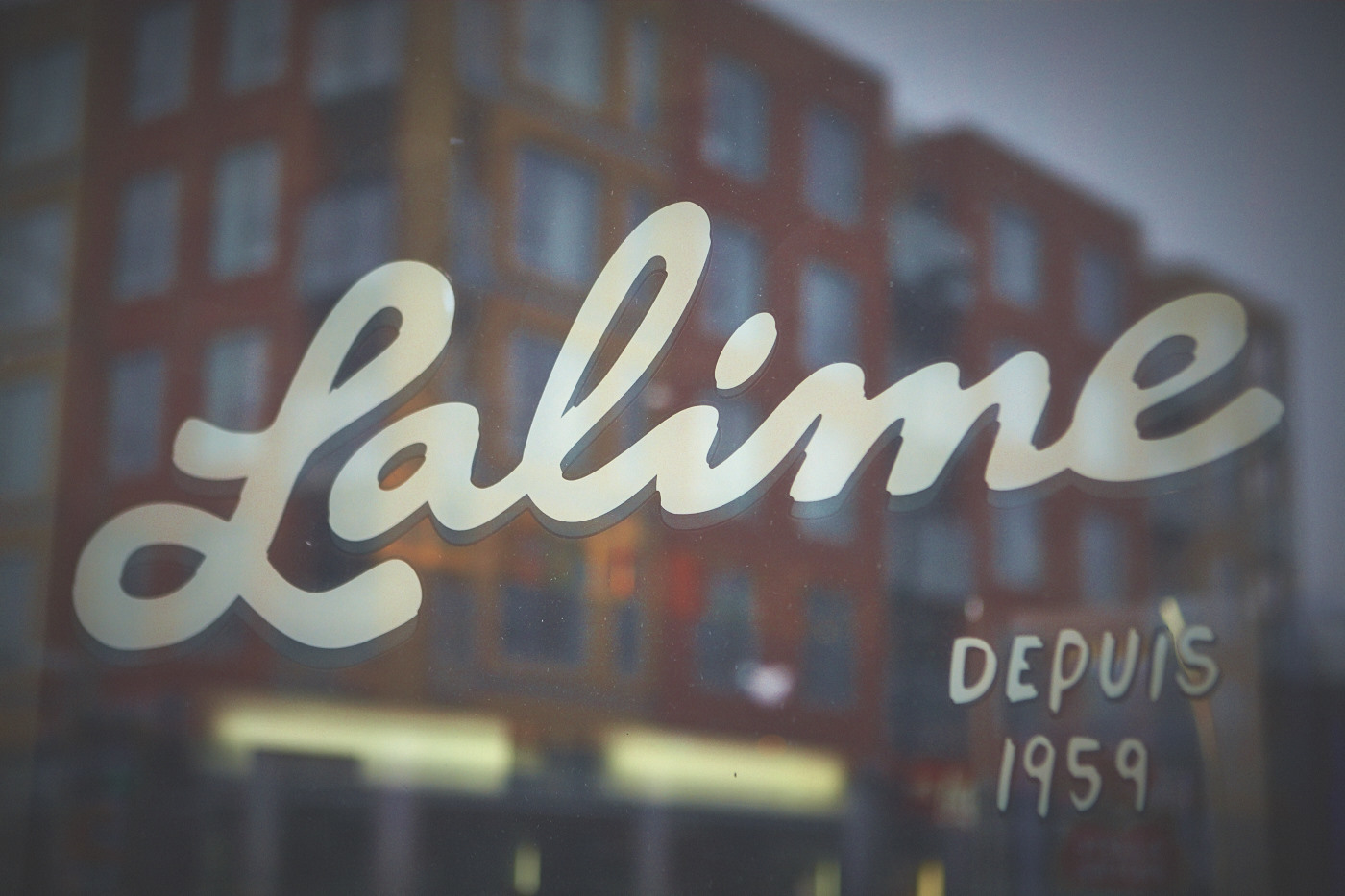 At the junction of two famous Montreal neighbourhoods (Mile-End and Little Italy), this legendary store has been serving clients since 1959. Founded by Gilles Lalime, it started out as a small butcher shop located just across the street. After a few years in business, Lalime started selling groceries and became an important supplier for nearby residents. His sons Daniel and Patrick started pitching in when they were only six years old, and Daniel never left. Patrick took a short hiatus but ended up coming right back to the family business, some 20 years ago. 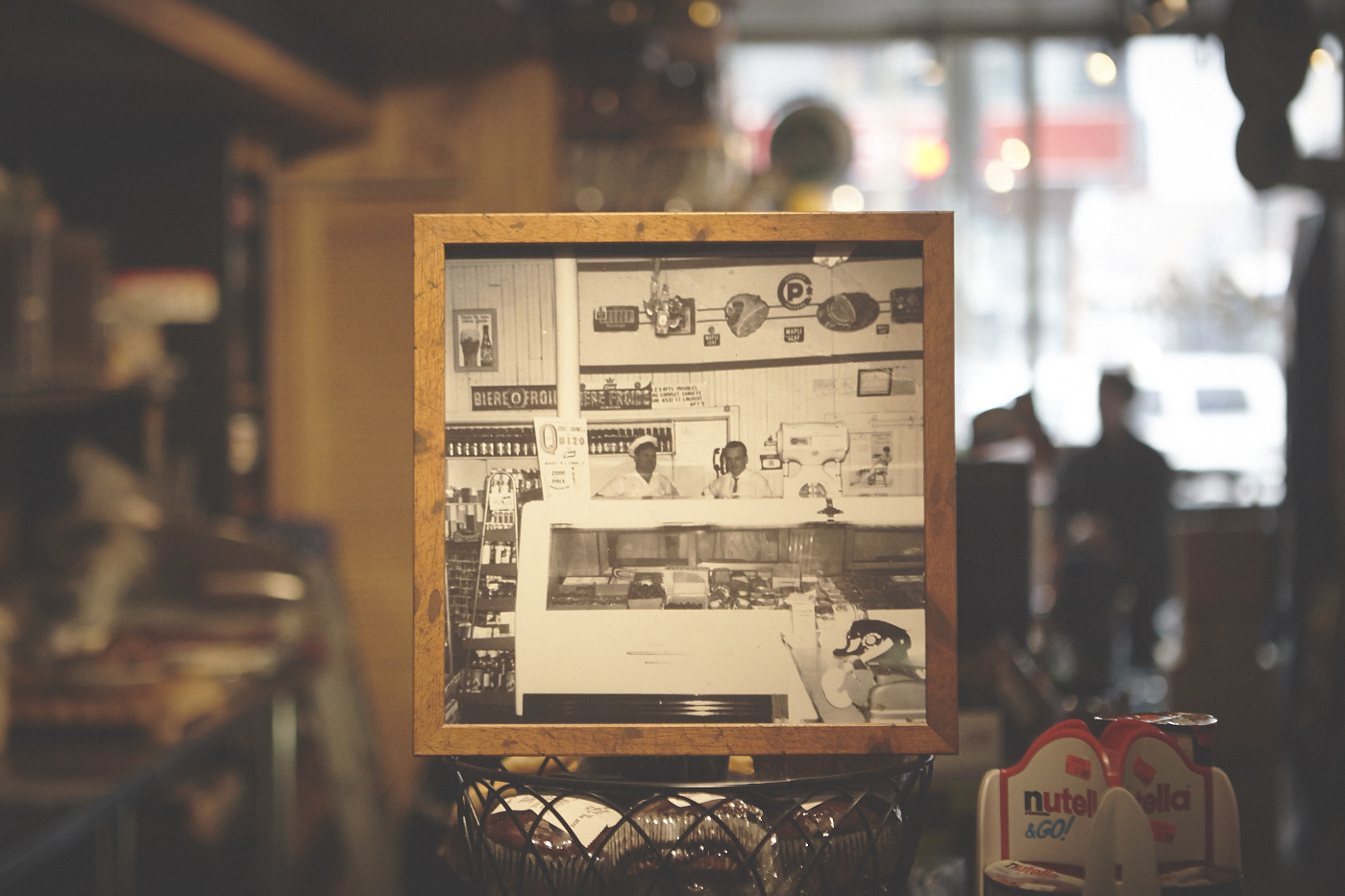 Now, the brothers have become neighbourhood landmarks. Father figures for some, funny uncles for others, they leave no one indifferent. Like the local butcher, the barber and the cobbler, you have a feeling they’re keeping a tradition alive. They are guardians of old-timey authenticity, where you can talk about hockey, the weather, or politics, loudly and unabashedly.

It’s also a source of great stories, with Daniel imparting some particularly memorable anecdotes. He best recounts the time an armed man entered the store screaming and asking for money and cigarettes. Daniel recognized the would-be robber because, well, the dude was also a regular client. Startled, the not-so-wise crook stumbled on a rack of chips, fell on the ground and shot himself in the leg. 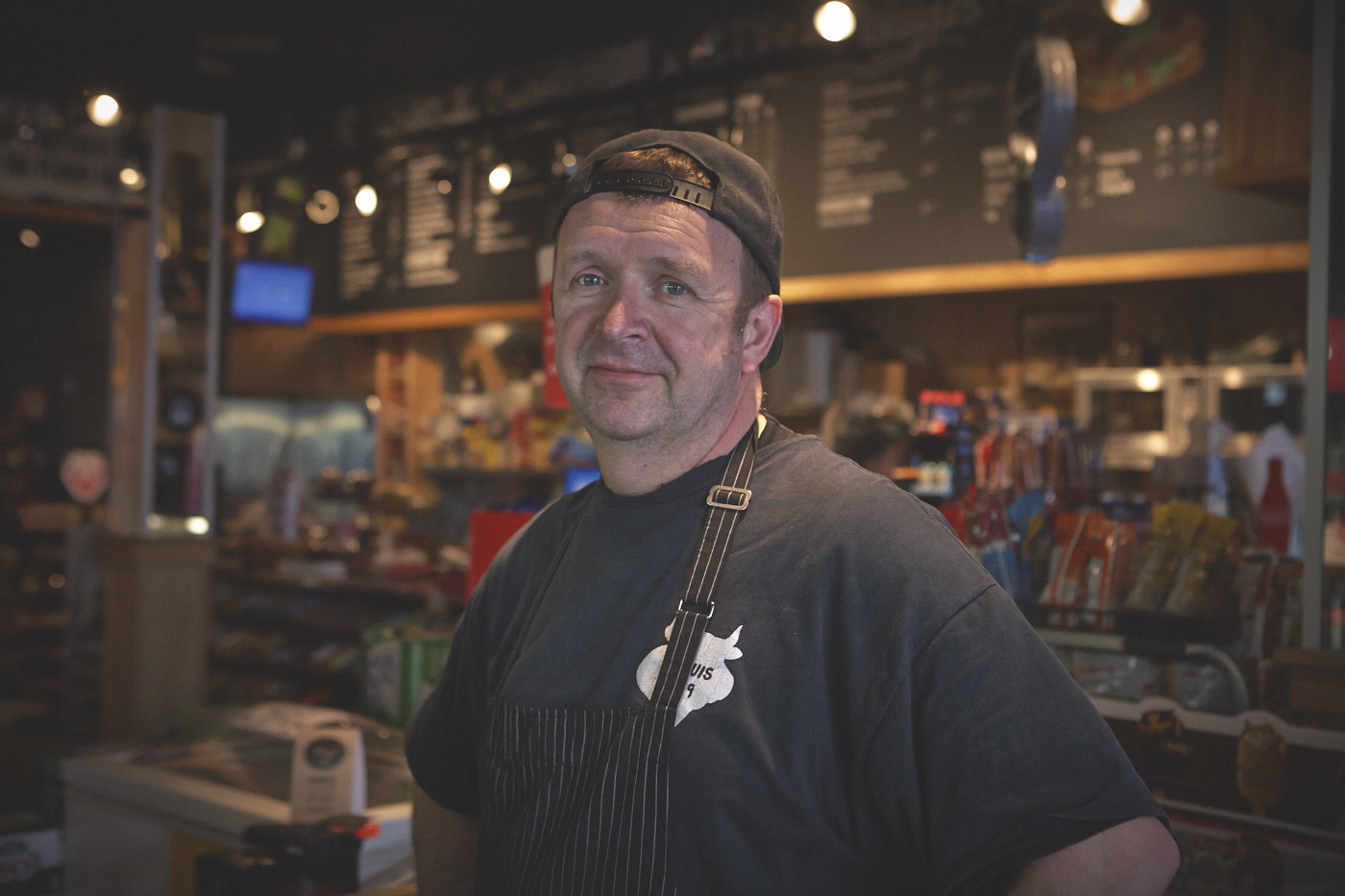 Keeping the family tradition alive, Daniel’s son has since joined the business. He may not know this yet, but the legacy and heritage of this iconic Montreal store now rests on his shoulders. This true Lalime won’t dissappoint; nor will Ginette, Daniel’s sister, who has also joined to the team. 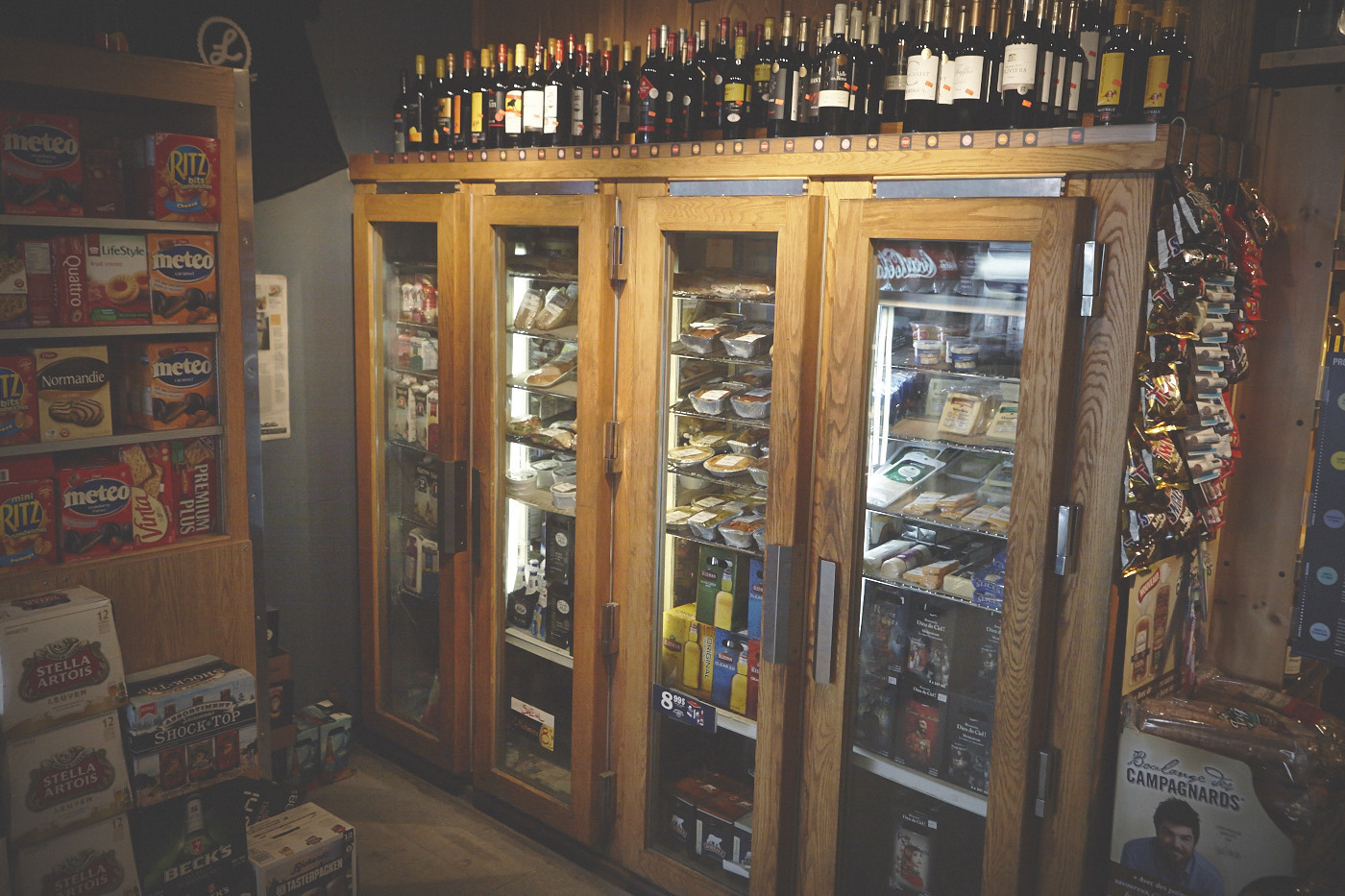 Then, there’s the food, the highlight of the menu being the famous, near mythical Club Matin breakfast sandwich. Sold at a measly $2,99, it’s by far the most popular item on the menu. The ingredients? Three slices of bread, an egg, a few morsels of bacon, ham, cheese, lettuce and a slice of tomato, all with a bit of mayo. That’s it, that’s all. The morning after a big night out, this meal comes as a savior. 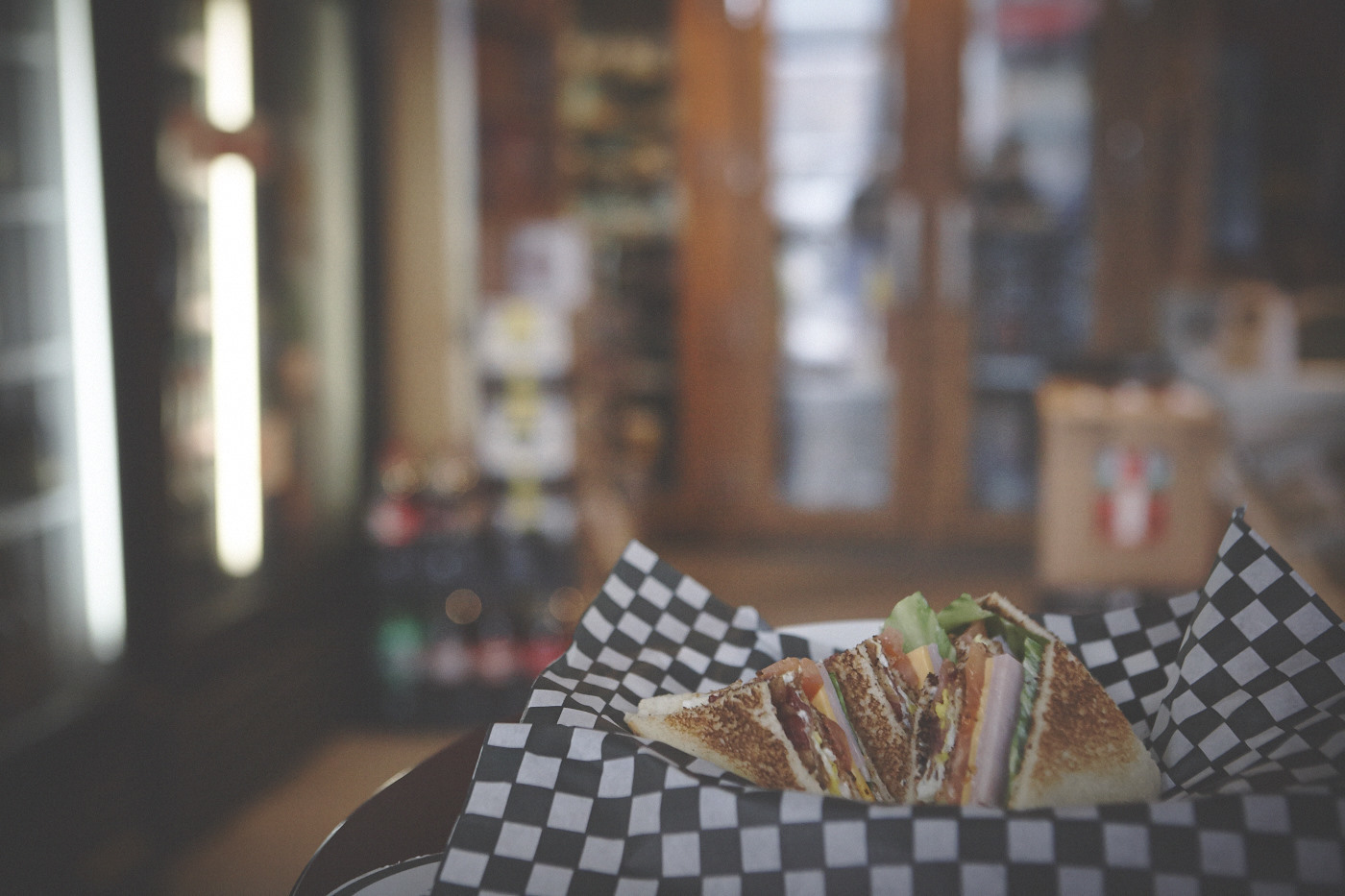 And many count on it: every morning, a herd of hungry patrons wait in line for this treat. It’s not rare to see bus and taxi drivers, with their flashers on right in front of the store, waiting for their Club Matin. Behind closed doors, on specially exhausting and busy days, Daniel sometimes admits he’s considered taking the sandwich off the menu, just to get “a goddamn break.”

Yet he knows Lalime can’t change too much. A few years ago, a big chain convenience store opened across the street. The brothers were nervous they could go out of business, but their clientele proved them wrong and remained loyal. Across the street, the competitor has since changed its name and is struggling to convince locals he has something worthy to offer.

Meanwhile, Lalime is still going strong. You can’t really put a price on that much authenticity.

Thanks to our photographer David for supporting this great story with imagery.