Plastic soup is a staggering worldwide problem that also happens in our own backyard, or should I rather say in own canals. Marius Smit is the founder of Plastic Whale, world’s first professional plastic fishing company, and his aim is to do his job so well that they’ll run out of business.

Plastic Whale has fished over 35.000 plastic bottles and filled 560 garbage bags of other waste with the help of 3.000 plastic fishers over the past three years. Marius has built 3 boats made from Amsterdam canal plastic! It’s the only fishing company that encourages overfishing.

I went along on the ‘After King’s Day public event’ Plastic Whale boat with a group of volunteers and with Marius to find out more about this great social enterprise, in between some serious plastic fishing. 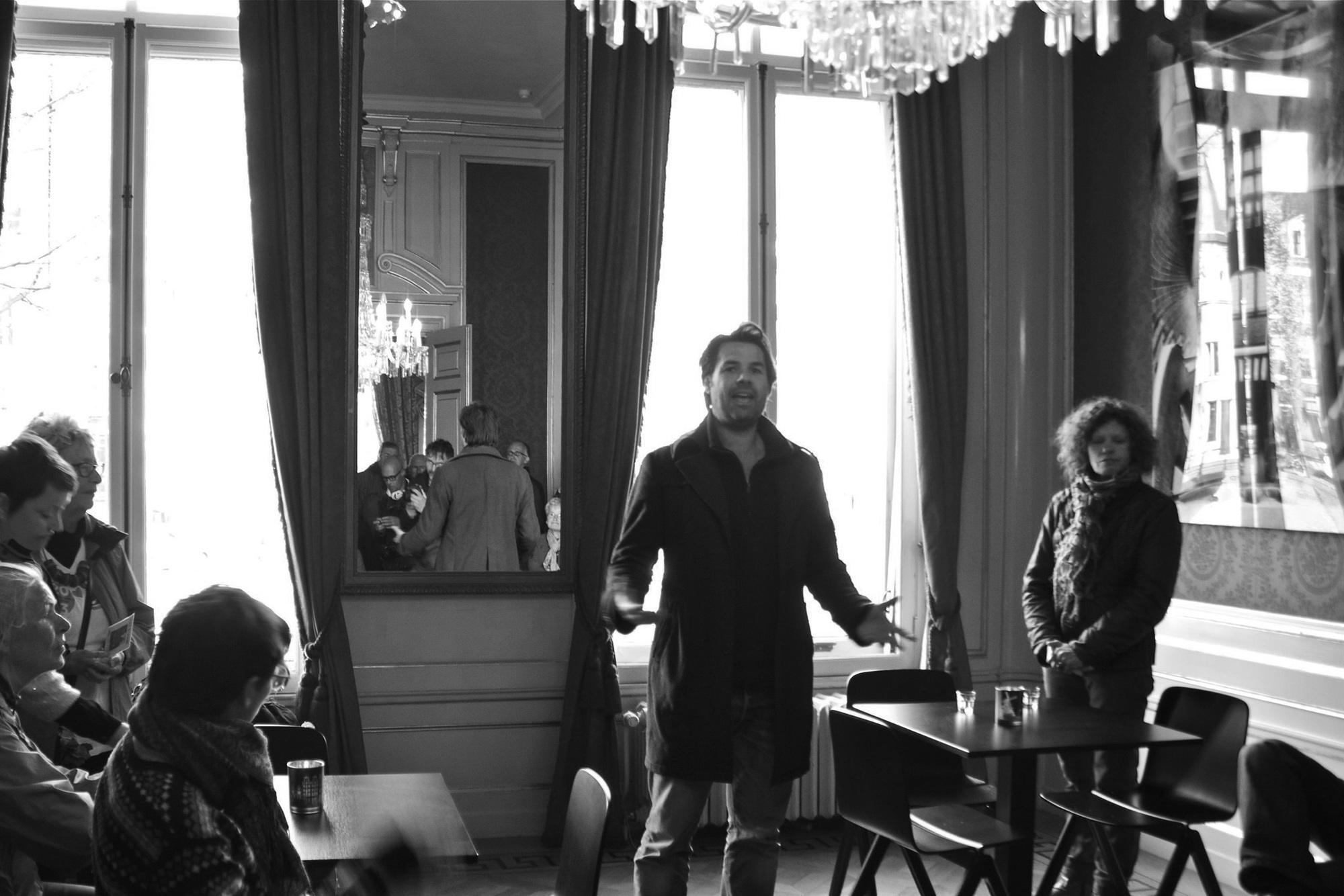 How did Plastic Whale come to life?

The first seed was born when I went traveling for a year, 12 years ago. I visited the most beautiful places that you could imagine, but I also got confronted with the plastic waste and other garbage that ruined the beautiful scenery. I decided that I wanted to do something about it, but I was totally clueless on how to tackle the issue. I had no knowledge of plastic nor of sustainability, and I didn’t have a broad network to rely on. But when the social media boom happened some years ago, it gave me the ability to connect with people who had the same ideals. 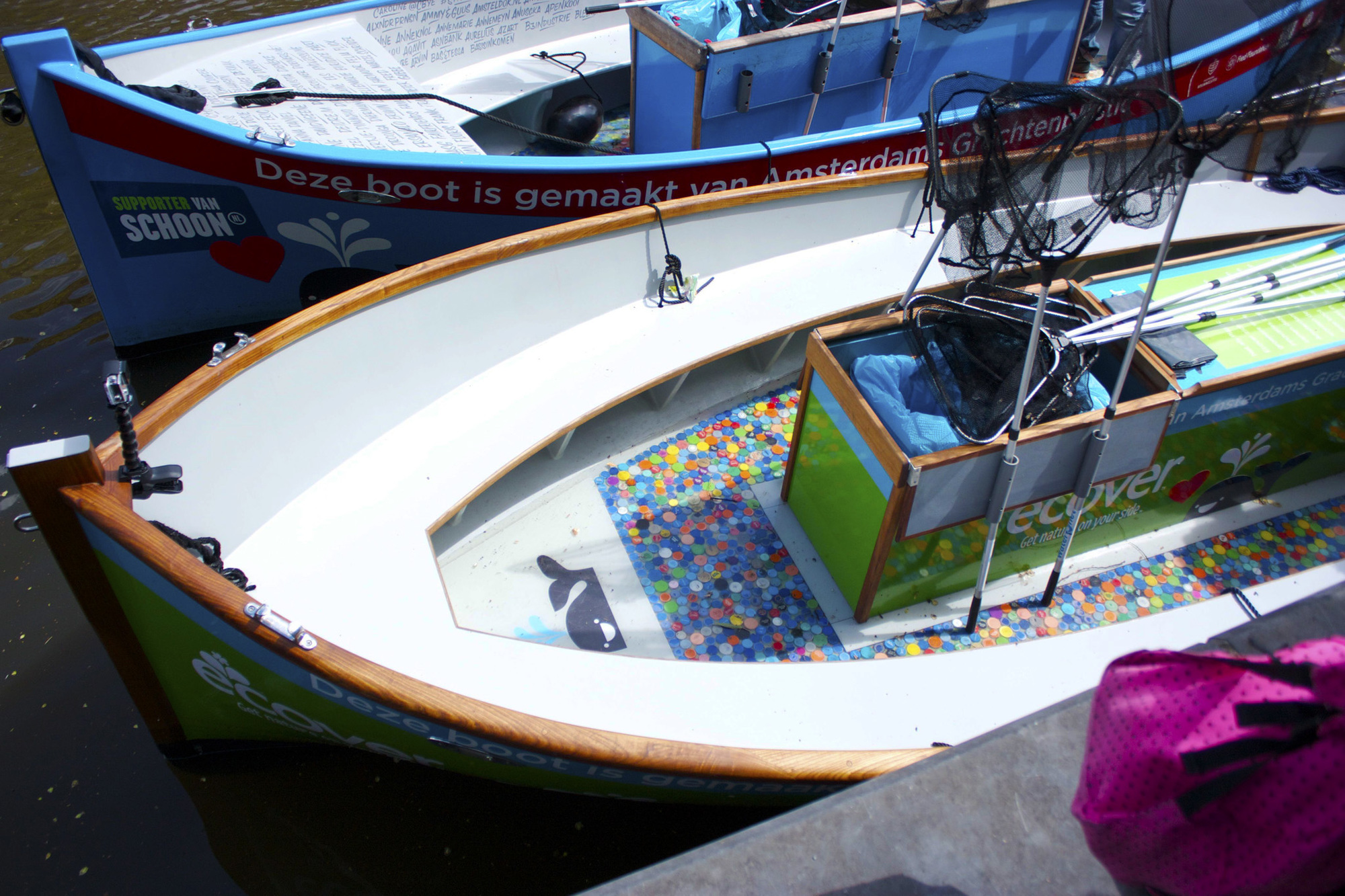 I got very much inspired by the speech of president Kennedy (1961) where he announced he wanted to put a man on the moon. That was an impossible yet challenging idea at the time. In this social media age your name doesn’t have to be Kennedy to reach out to a large crowd and challenge them to help put a man on the moon. My man on the moon became creating a boat from plastic waste. 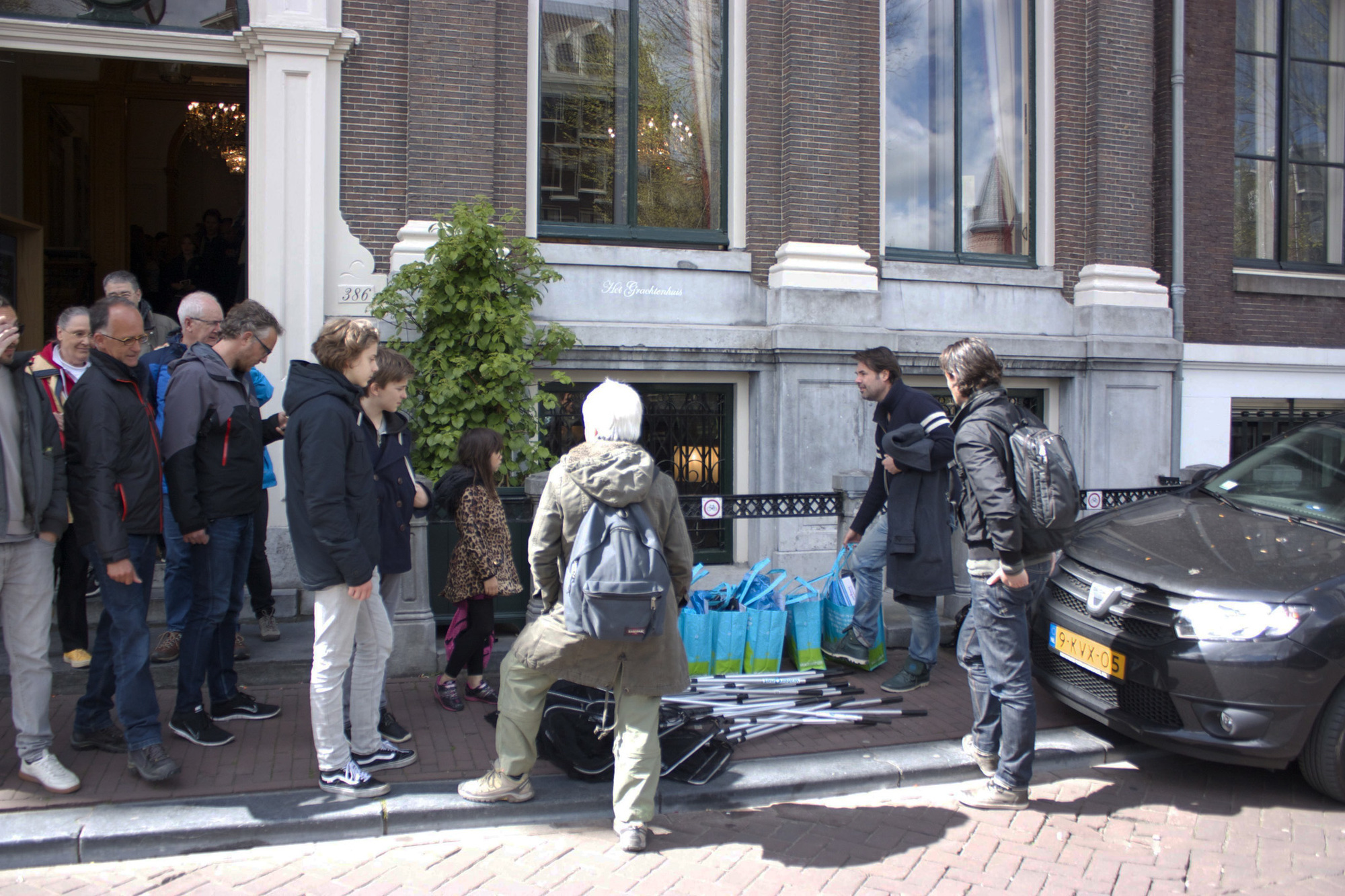 I officially started Plastic Whale 4 and-a-half years ago and have been able to built 3 boats made from plastic waste since then. In the meantime I’ve also created an extensive network of citizens, companies, creatives, governmental institutions and more. We make an effort to create positive and concrete changes together. 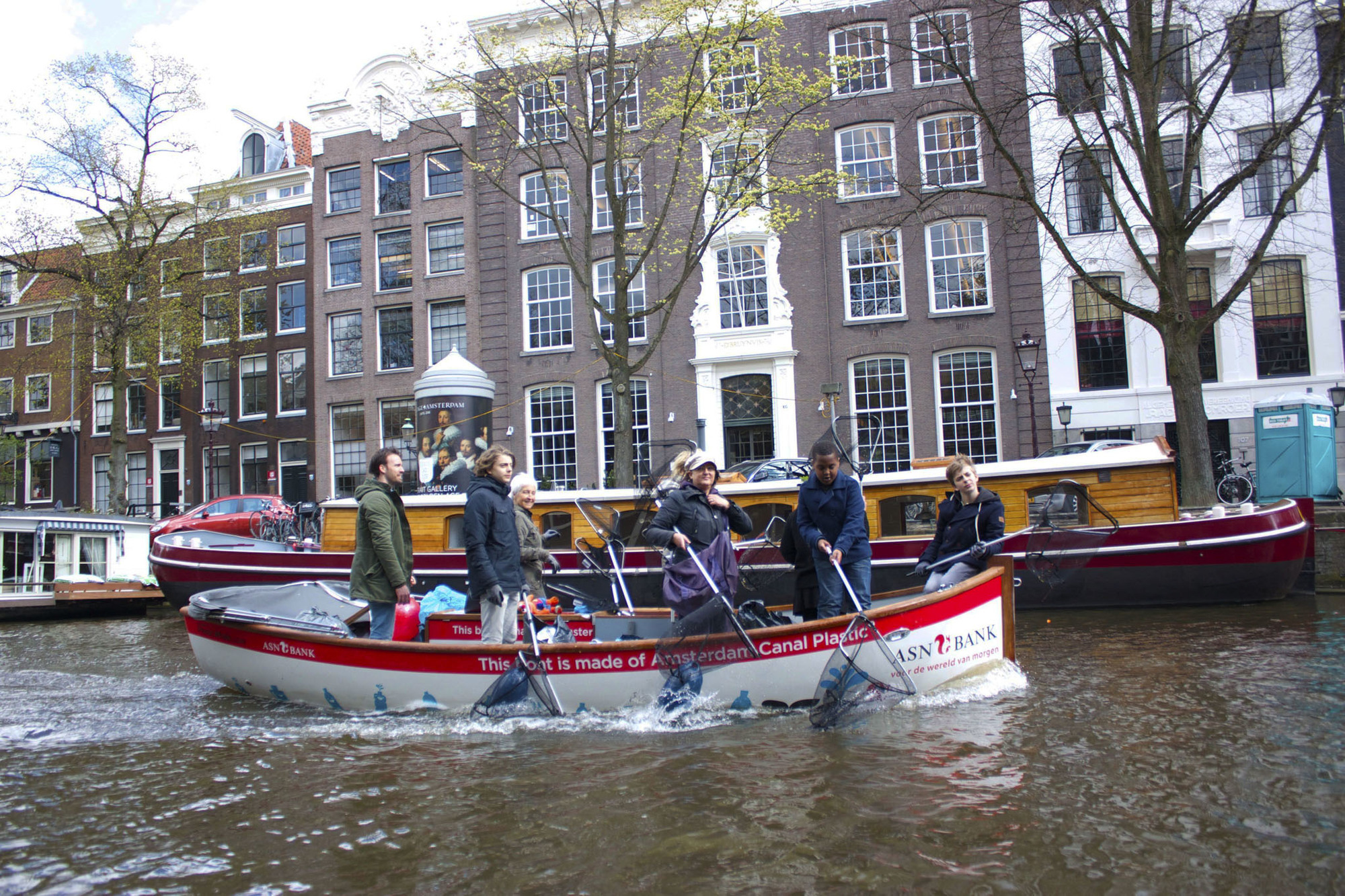 Three beautiful boats made from plastic waste… impressive! What else happens with the waste?

We’re also looking into 3D-printing possibilities for other products and goods. Also one of our colleagues creates skateboards made from the caps of the bottles.

But we mainly focus on creating boats from plastic waste and the plastic fishing events. There are a lot of other parties who also want a boat made from Amsterdam canal plastic waste. Also companies such as Tommy Hilfiger and Albert Heijn (just to name two examples) are keen on company plastic fishing events. So that’s our main focus at the moment. 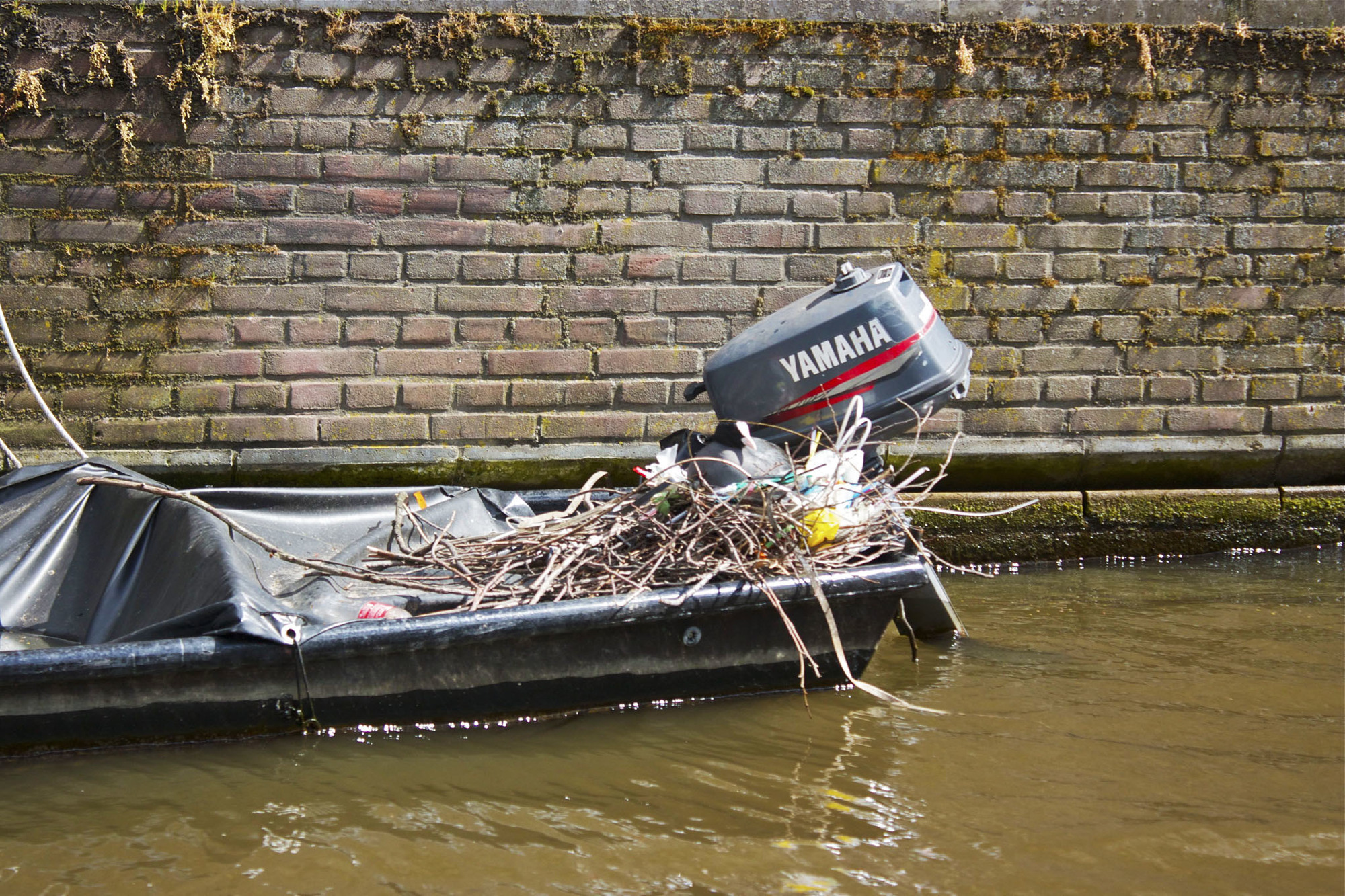 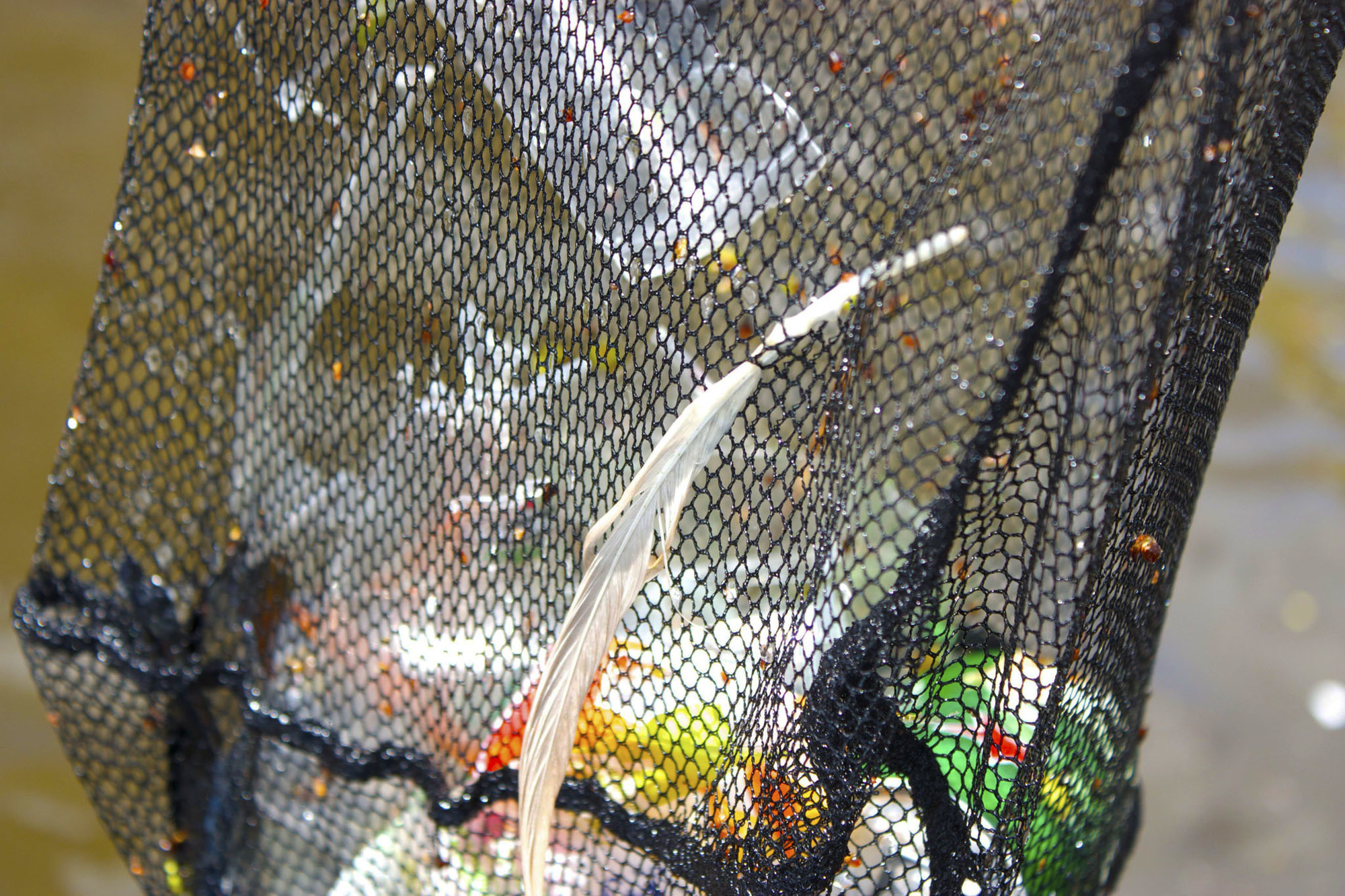 Great progress. Can someone apply for plastic fishing events and how?

We have three main public events per year. The After king’s day event, the after Gay Pride day event and the Oud Amsterdam plastic vissen (Old Amsterdam plastic fishing) event. Especially the last one is immensely popular with over hundreds of volunteers and a lot of young (creative) people. We always need shippers to steer the boats and volunteers to help clean the canals. 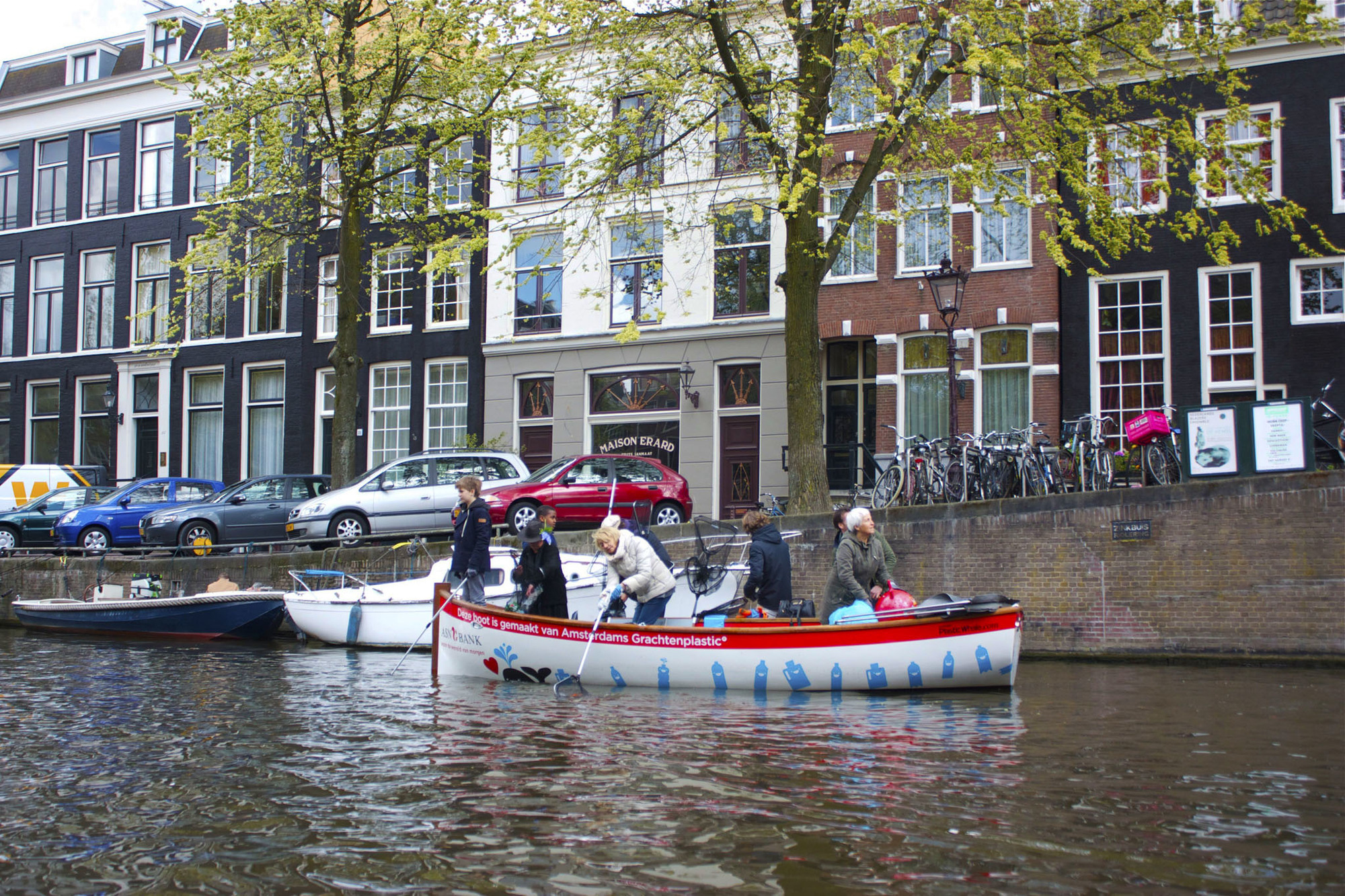 But we also get a lot of emails from people who really want to work for us, may it be on volunteering base or for a paid job, and we always look into what people can bring to our company. Plastic Whale has a great network of professionals such as designers, PR and Communication people but also people who are savvy with boats. It’s great that they want to use their skills for a positive goal.

Everyone can take a look on our website and apply for any of these matters. 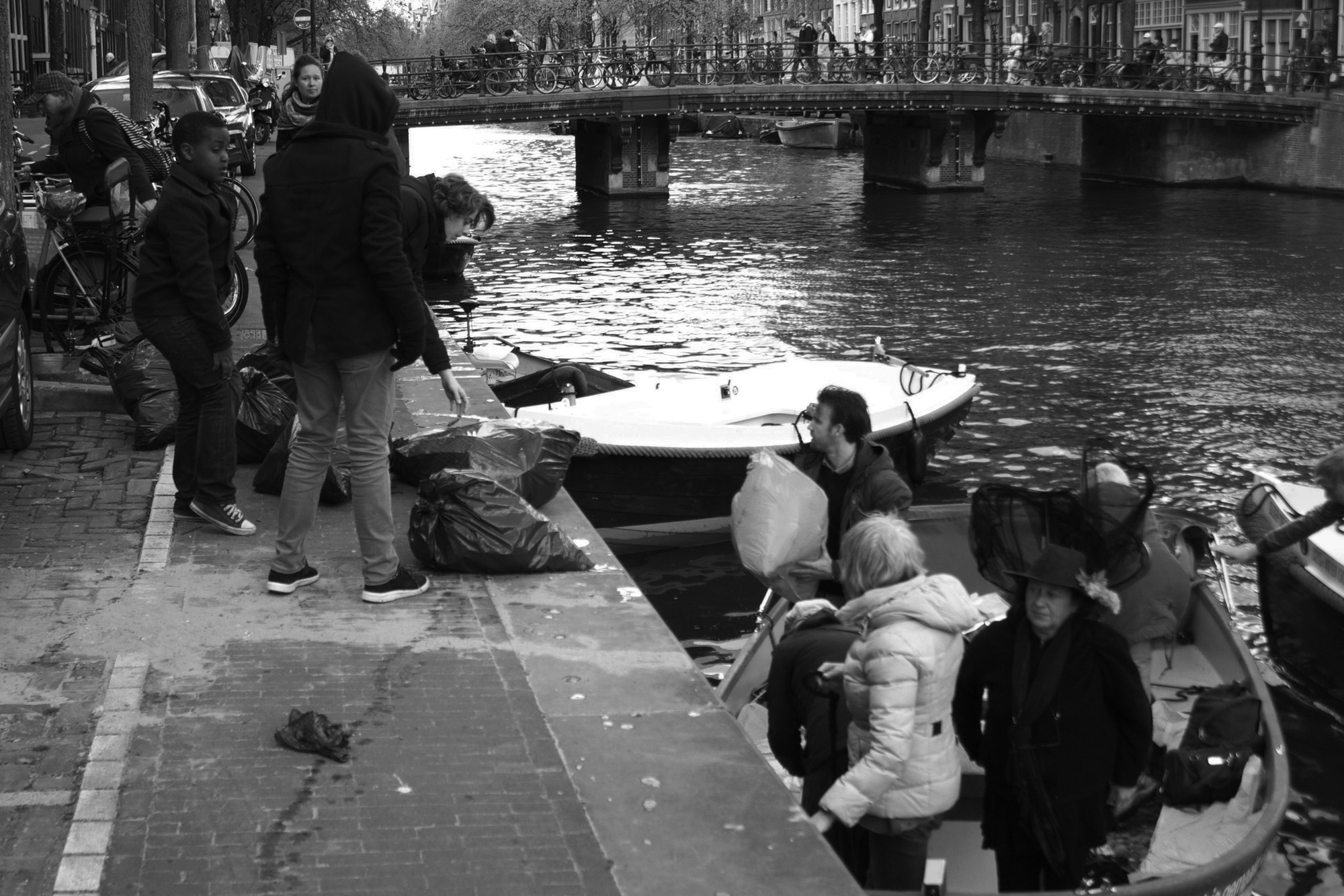 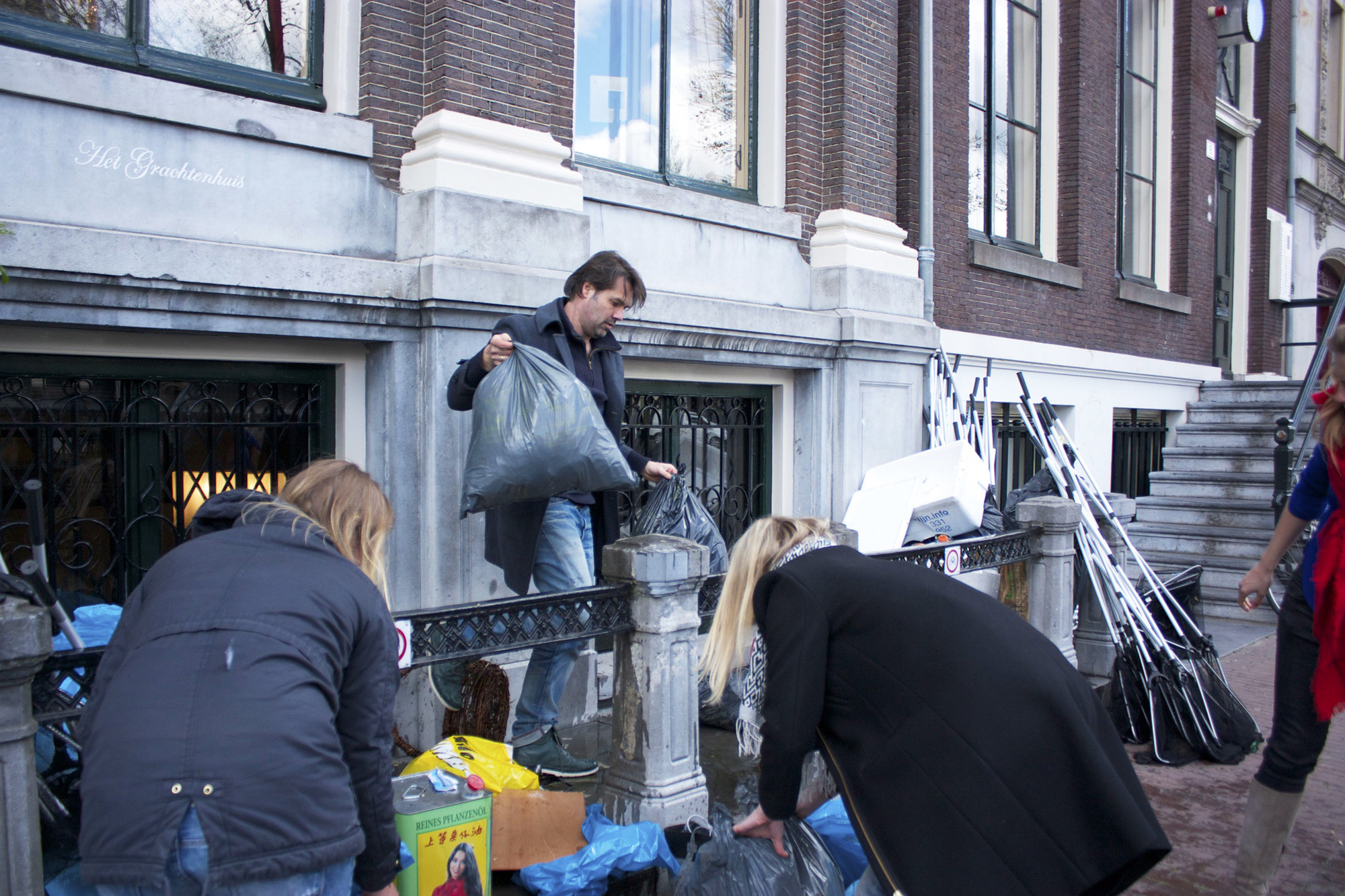 Basically I advise companies on how to make something out of nothing. Companies love to have meetings but often have trouble to create involvement and a clear goal when it comes to sustainability. I help them focus.

Is there a large growing trend on sustainability within companies and brands?

Yes, very much! Almost every company is occupied with the sustainability question. And again often they’re not sure what to do with it. But I’m very happy to see that sustainability isn’t any longer a hippie-niche thing, but young creative designers get into action and turn it into something cool. Social responsibility is really a requirement for companies these days! 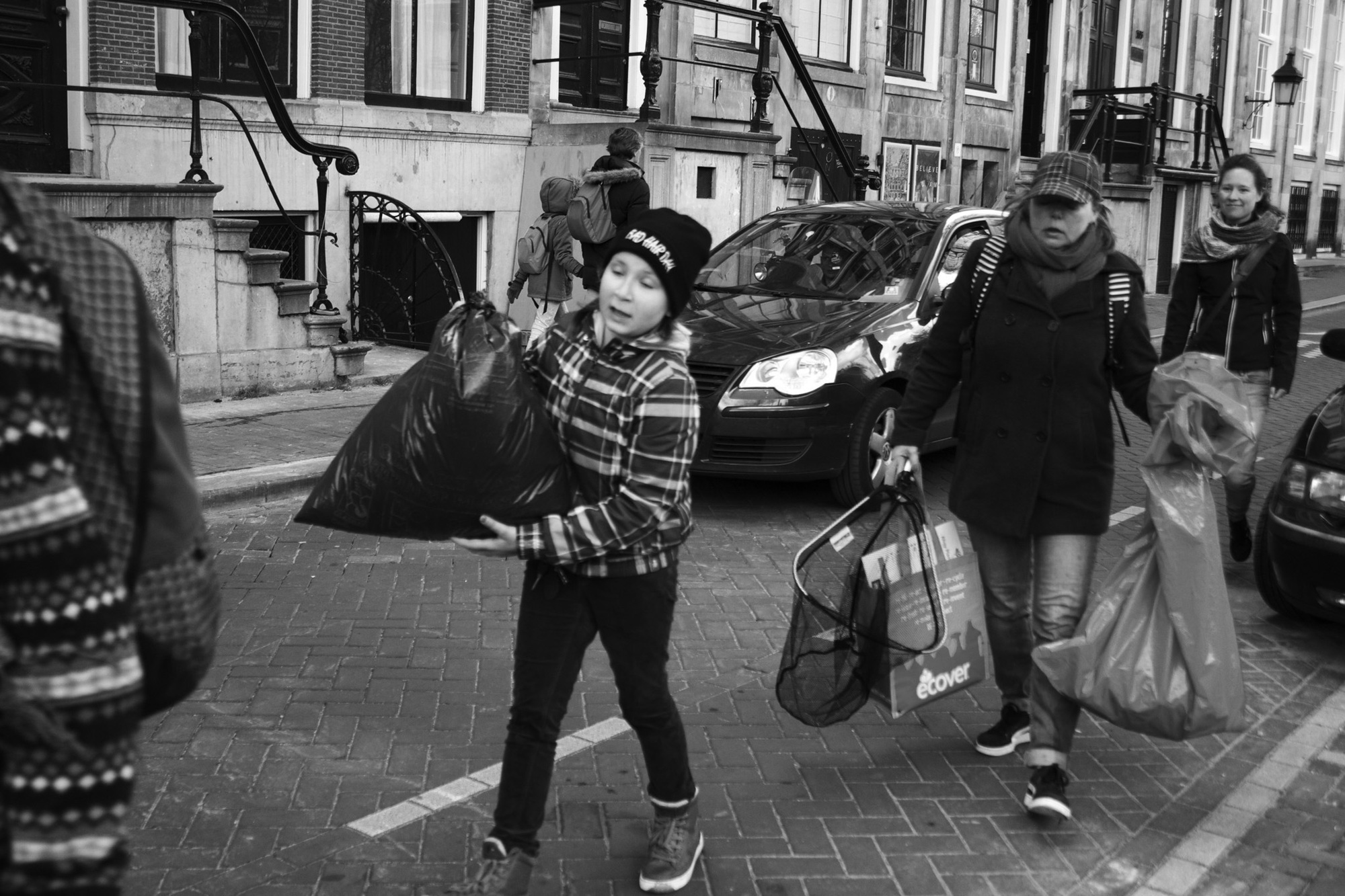 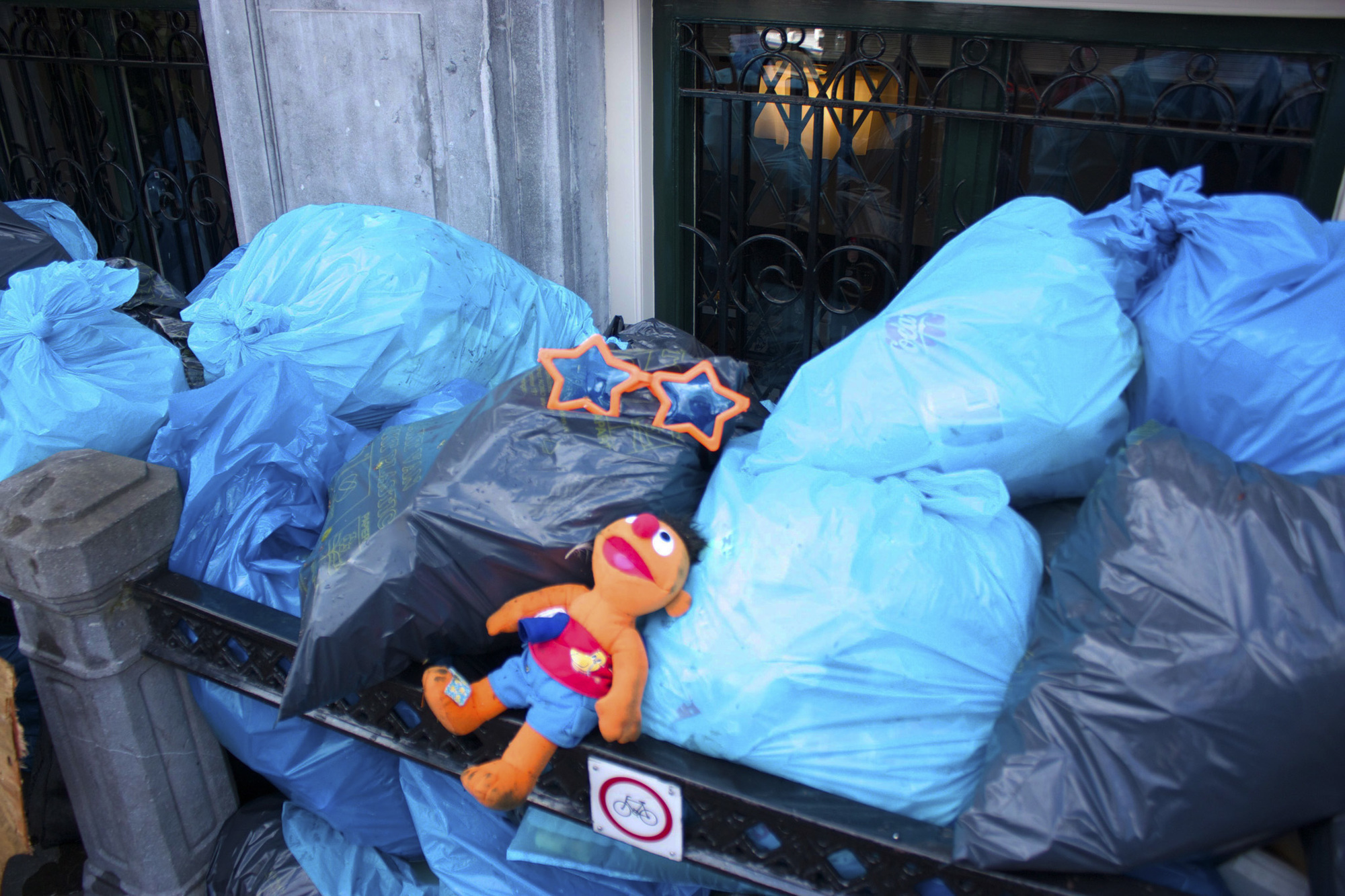 You focus on Amsterdam and hope to run out of business here some day, any other ambitions?

We’re not at the point of running out of business yet but we’re soon launching rentawhale.com and plan to rent out boats to get a step closer. It’s part of our business model. We’re a real social enterprise. We’ve never asked for a dime of subsidy. Our higher goal is to solve the plastic problem in our waters but we need to generate profit to be able to do so. The public plastic fishing events is being paid from our own pockets, and it’s something we do to give back to the city. 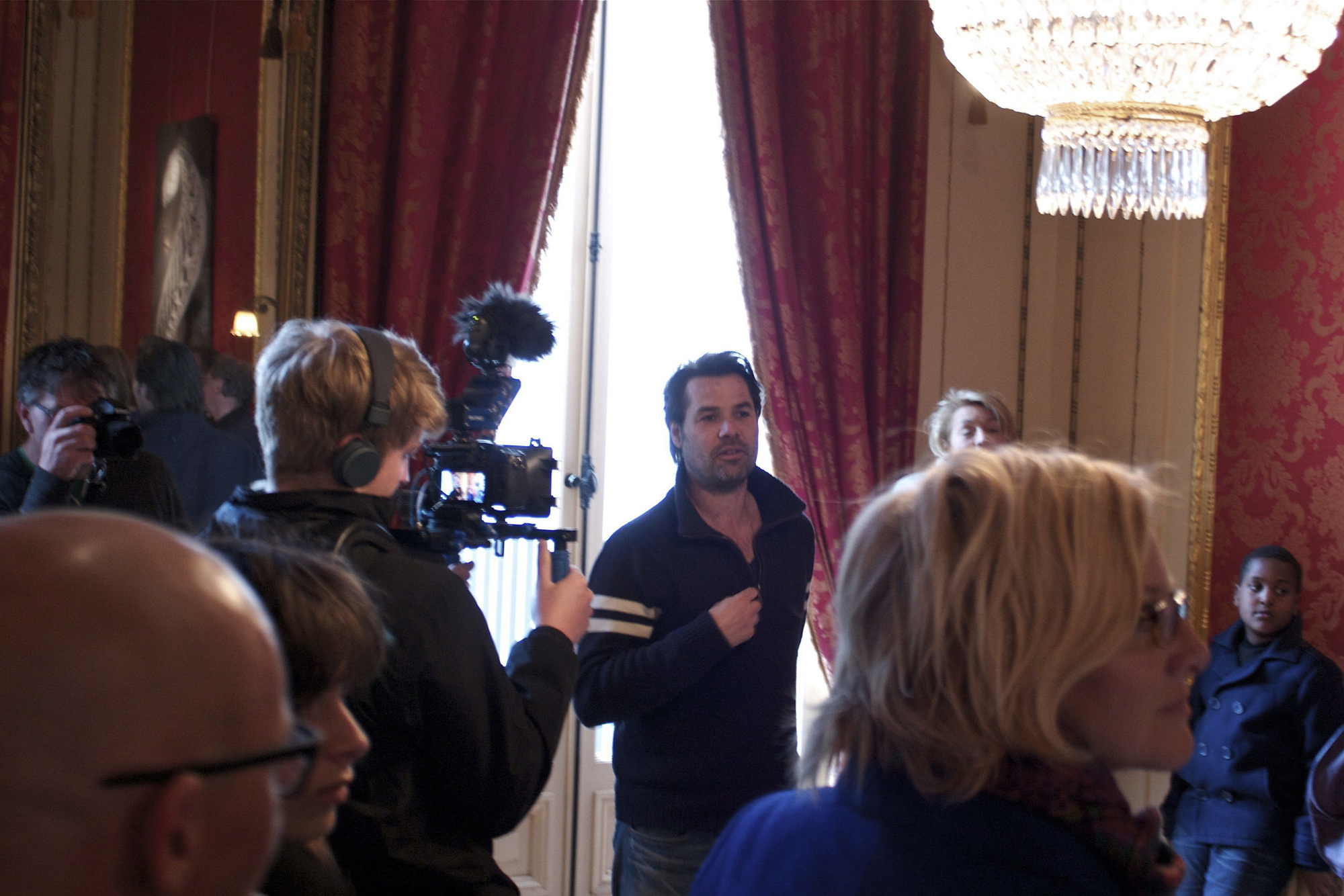 We want to do such a good job here in Amsterdam that we’re not needed here anymore, our ambition is to run out of business. It would be very cool if we could do the same in the Venice canals! Or other cities around the world. A pessimist would say we’re trying to dry out a flooded room without turning off the taps, but I believe it’s very healthy to strive to make a difference and just do it. 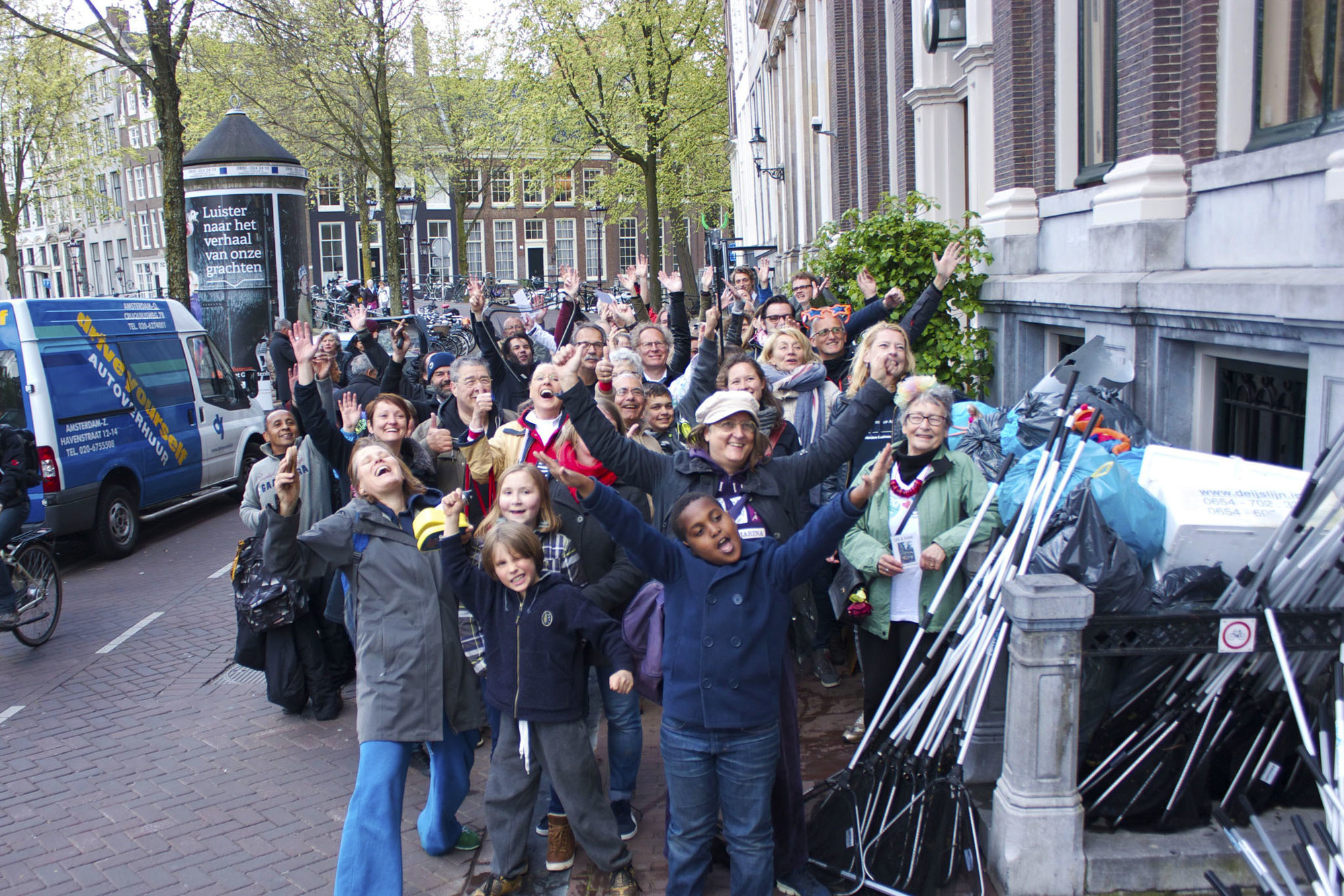 After two hours of plastic phishing we’ve collected over 70 garbage bags with waste, a TV, lots of toys a bike! Plastic Whale is nominated for the Social Enterprise Publieks Award, make sure to check it out and vote if you think Plastic Whale is as awesome as we think it is!

Thanks Marius and Plastic Whale team for this inspiring day!