With pride we present an Amsterdam based formula of success: décor, clothing, photography and lots of fun.

Two young ladies with a passion, an idea and a sewing machine. As what once intended to be a clothing line, turned out to be something that brought them to almost every party and festival across The Netherlands. A ‘dress-up’ photo set and booth. The right ingredients combined: décor, clothing, photography and lots of fun. The perfect entertainment for all party people and their friends. We are happy to introduce to you: the world of PaardenKracht (horsepower). Kunna (top-left) and Pauline (top-right) both founded their company 5 years ago and have made a breakthrough in the party/ festival scene ever since. Although copy-cats are popping up and the city of Amsterdam sometimes strict, both are still highly beloved for their creativity and feel for entertainment. And with their team and network of fans, they are unbeatable. We wanted to know more… 1. How did you both meet and has it been a match-made-in-heaven right away? We met through a common friend back in 2007 and positioned ourselves behind the sewing machine to make and customize clothing at the beginning of 2008. And only a few months later, we were already at festivals selling the clothes we created. Since Facebook wasn’t as big at that time, we wanted to find a way to have people visit our website and become fans of what we were doing. The ‘PaardenKracht’ Photobooth was born. We organized a photoshoot at festivals, with people wearing our clothes and uploaded all the pictures on to our website. Which resulted in receiving a lot of emails with requests of hosting the photobooth at other festivals. The photobooth had become such a success, that we decided to stop making clothes and fully focus on the PaardenKracht photobooth. And that’s what we are doing ever since summer 2008. 2. How did the idea come to life and what inspired you to call it ‘PaardenKracht’ (horsepower)? The story behind the name is a very simple one: PaardenKracht = PK = Pauline & Kunna. 3. How would you describe your company in one sentence and what is your biggest strength/ horsepower? “Always be yourself unless you can be a unicorn, then always be a unicorn”. Our biggest strength: offering festival visitors the combination of a ‘fun experience’ and the picture as an 'after-match', which is also a subtle and effective activation tool for brands. 4. What is your main driver? We love to entertain people, to give them a great time, leaving our concept sets with a big smile on their face. Something we are very driven by and ambitious in to making that happen.

The photobooth had become such a success, that we decided to stop making clothes and fully focus on the PaardenKracht photobooth.

5. In regards to décor and clothing: where do you find the right inspiration? Must be hard to be surprising and original at all times. We take inspiration from photography books (such as David LaChapelle + Tim Walker), movies and magazines. 6. Do you rather buy them or make some of the items in-house? Do you re-use a lot of items? We try to make all the clothing ourselves, but also buy them at secondhand markets, on the internet and regular retail stores. Our aim is to create combinations of new, that can really emphasize a theme with items we already have used before. 7. What has been the best creation so far? And the worst ever? We’re really proud on all the pictures we’ve taken during the Source festival, where we created the set ‘De Moestuin van Henk & Ingrid (Henk & Ingrid’s kitchen garden) which had so much detail. But also the ‘Ice Cold in a Hot Sauna’ shoot on Source Festival was very successful. The organization gave us a lot of freedom, coming up with our own concepts around the festival.

"The more freedom we receive, the more we can show what we’re able to create, with better and more original pictures as a result."

And honestly, we have never made any bad concept and something that will also never happen, since we put a lot of attention and care to all the products & concepts: quality guaranteed. 8. What has really been the best or most fun experience so far?  The are a few to name. We organized a photobooth in a club in Paris, which has been a lot of fun. We left for Paris the same night and returned the next morning. A real adventure and felt very international for a moment. And last year as part of the Museumnacht (museum night), we were asked to organize two photobooths. One for the Bavaria brand at EYE film museum (themed as The Birds of Hitchcock) and at the Amsterdam Museum for Hilton Hotels (themed as Yoko One & John Lennon: Hair Peace/ Bed Peace). Great productions with pictures we’re really proud of. Last but not least our own first disco party called Horse Meets Disco in club AIR. A great success and we have grown ever since. 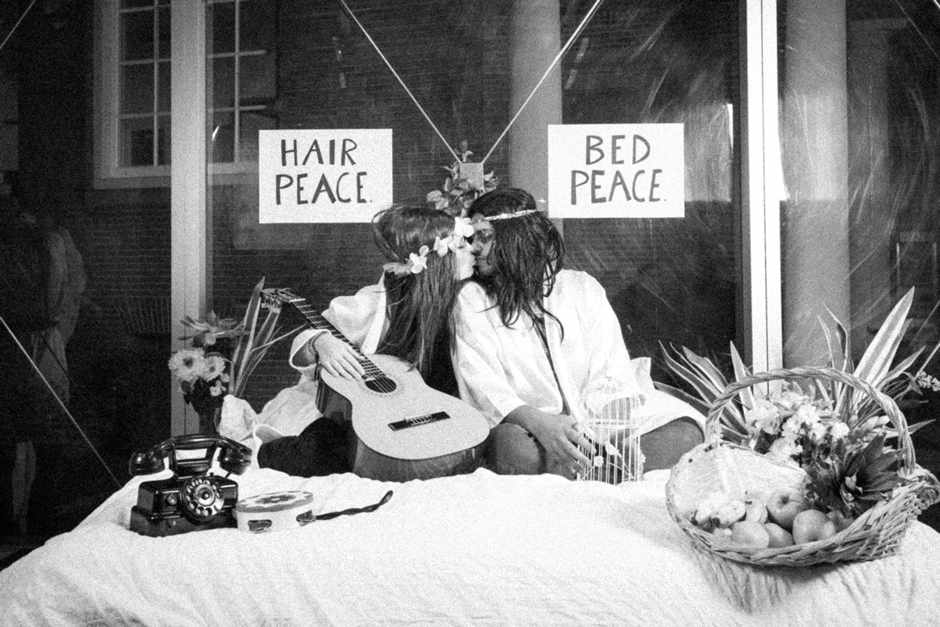 9. What’s the most important lesson learned till now? What would you like to share with other fellow entrepreneurs? Experience has taught us to always work with contracts towards client assignments. Something you need to stand strong by and to reach out to in case agreements are not met. We were slightly naïve at the beginning, with assumptions based on trust. But we have discovered that everything, with anyone (even friends) needs to be agreed and confirmed by on paper.

"We have discovered that everything, with anyone (even friends) needs to be agreed and confirmed by on paper."

10. What makes Amsterdam the most suitable place to start a company such as ‘PaardenKracht’? Amsterdam is a creative breeding ground. The majority of music festivals are held in and around Amsterdam. They have all given us a great platform to present ourselves to the larger audience, which has led us to more, newer places and to bookings by larger companies. Through them we found connections to brands such as Heineken, Vodafone, Moet&Chandon, H&M, MTV, etc. and that would not have happened that easily in other cities in The Netherlands. 11. How would you describe the party/ festival/ entertainment scene in Amsterdam?  Although we’re doing really well in Amsterdam, we still have lots to learn. Our creativity is sometimes inhibited by the municipality of Amsterdam, in regards to permits, safety and opening hours. We notice that these restrictions kill a lot of creativity, which is a real shame. Taking the Burning Man festival as an example: no rules lead to the most beautiful expressive creations made. Despite that, Europe and Amsterdam are on the forefront of the music scene, something the USA can still learn from, with their EDM culture at the moment. 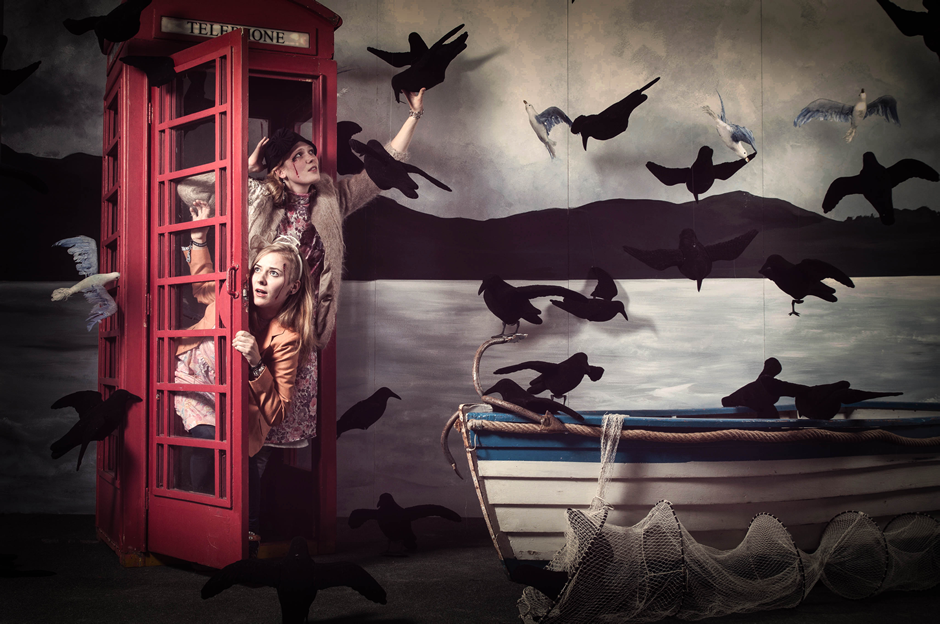 12. And if you could be a dreamer for a second: What’s next? We have come up with a beautiful concept, which we can’t share with you yet. Something that embraces creativity, art, culture and disco music. We’d love to launch the concept abroad and we already have some big plans mapped out already. 13. Time to break away for a while? Any holidays planned? What city will you be visiting next? Pauline will be road tripping across California this summer and Kunna again will leave for Burning Man and Los Angeles. 14. And last of all, being a party expert. When is the next party? What shouldn’t we miss out on coming summer? We are really looking forward to the festivals Buiten Westen and Valtifest , since those will have our disco stage. At Buiten West we'll play now-disco and house, whereas Valtifest will be more a mix of old and new disco. Both festivals can’t by all means be missed by people that love disco music!!   Thank you PaardenKracht for the great interview! For more information or wanting to get in touch with them directly, please visit their website or Facebook page.