For a better understanding of the Montreal neighbourhood’s past life, we toured Petite-Bourgogne with a man who has witnessed its transformation first hand over the last 30 years: Dexter John.

If you decide to stroll around in Montreal’s Petite-Bourgogne neighbourhood, hip folks will recommend a bunch of cool locations where you can drink, feast and sample (expensive) coffee. Popular venues like La Drinkerie, Joe Beef, Burgundy Lion, and Le Boucan, all on Notre-Dame Street, have helped create a considerable buzz around this small part of the city. Add to that the arrival of countless lofts and condo projects and you have quite the dynamic, revitalized urban centre. But scratch beneath the surface and you will find an area with a rich history and a complicated relationship with gentrification.

Petite-Bourgogne (also called Little Burgundy) runs from Guy Street to Atwater Street, in the area between St-Antoine and the Lachine Canal. At the end of the 19th century, this working-class neighbourhood became a hub for Montreal’s English speaking Caribbean community.

For a better understanding of the Montreal neighbourhood’s past life, we toured Petite-Bourgogne with a man who has witnessed its transformation first hand over the last 30 years. 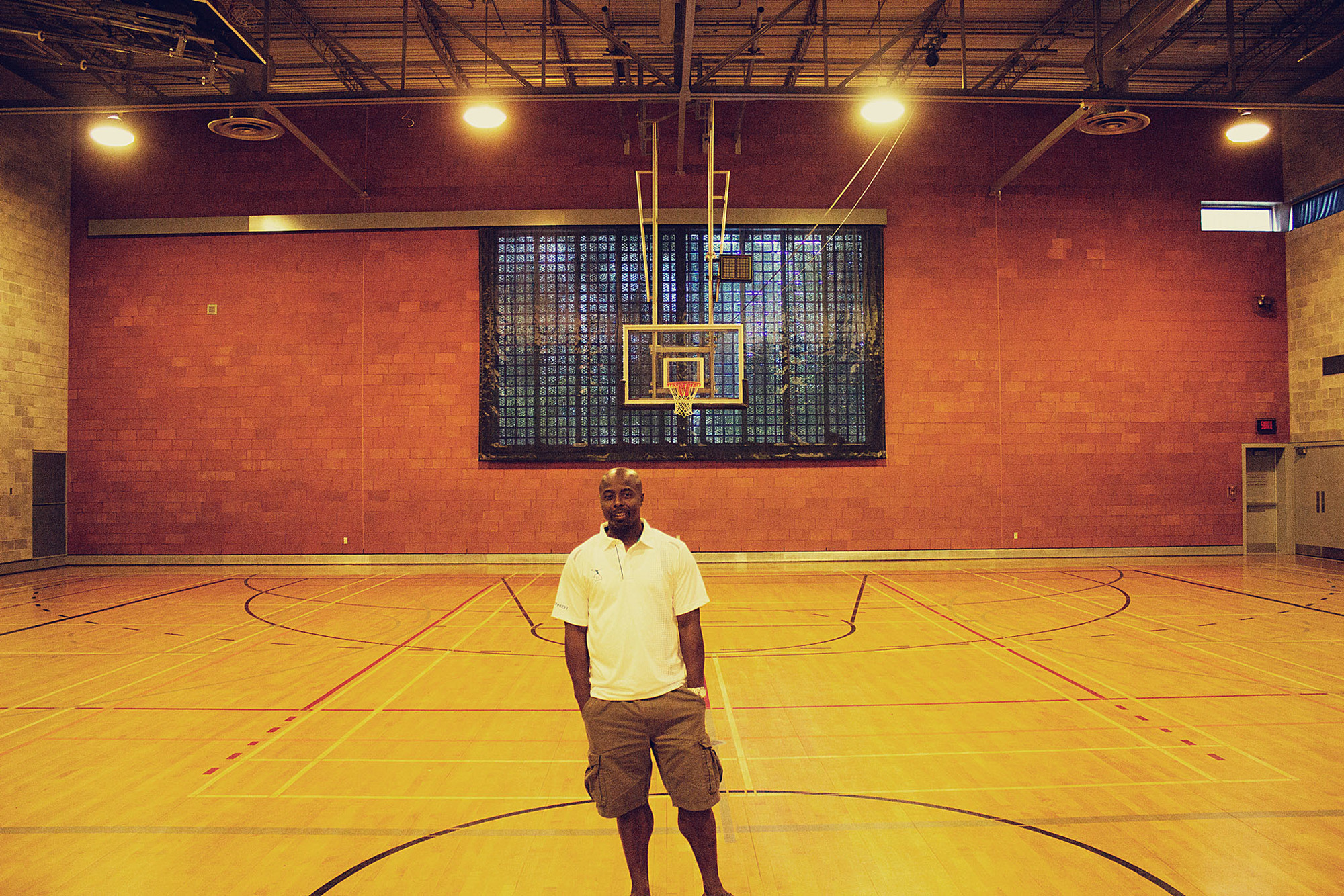 Meet Dexter John, founder of Dexter John Sports Club, a non-profit charitable organization that offers education, social and sports programs for youth between the ages of 7 to 17 years old. It first started its activities back in 1997. To fund its operations, Dexter also created the RSBL, an adult basketball league. Bandleader of Arcade Fire, Win Butler, is a player in the league and became a close friend of Dexter over the past few years. 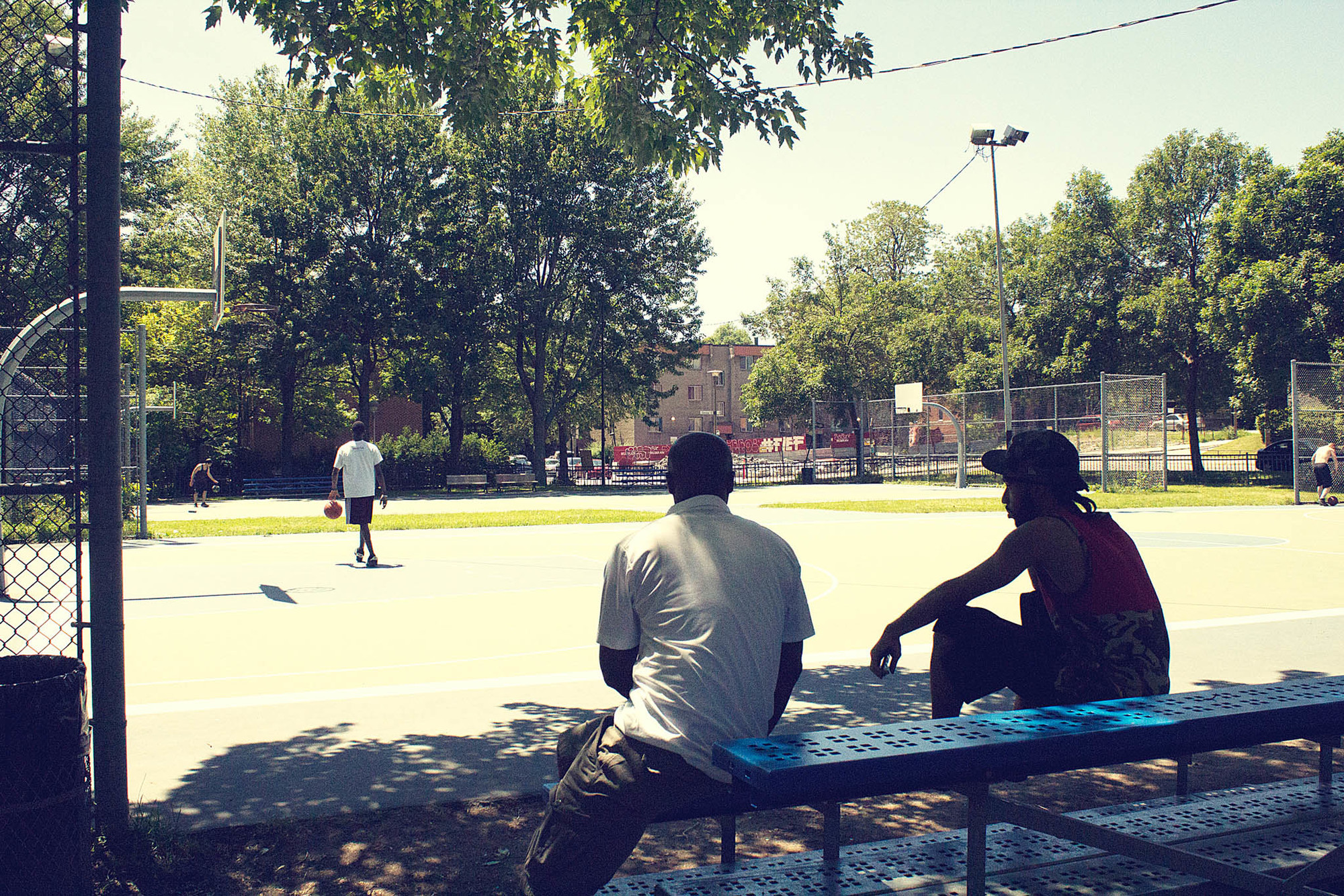 You are very active in this neighbourhood, are you from here?

My club is in the community 4 days a week offering a variety of activities. When I was a young boy in this neighbourhood, it was more like a village rather than a neighbourhood, because everyone knew each other's name and took care of each other. Petite-Bourgogne was - and still is, but to a lesser extent - a melting pot of different cultures and ethnicity of people from the Caribbean.

But some of these people have since, moved away from the neighbourhood. I can’t totally explain why that is, but I do see more and more new condo developments and higher rents. 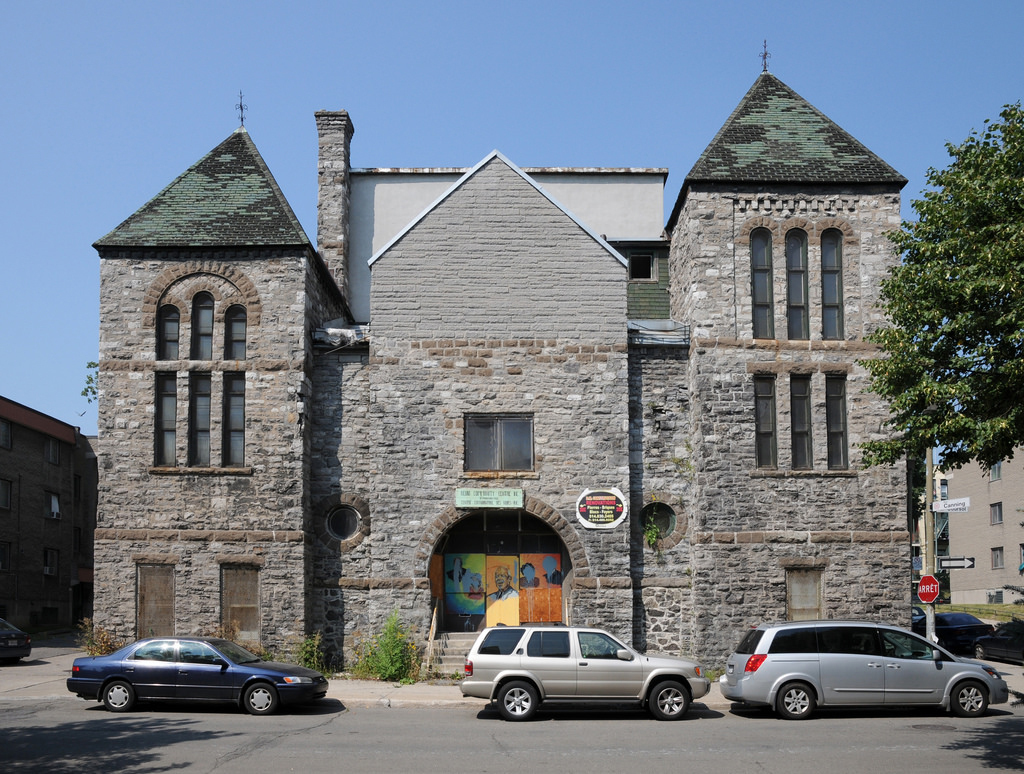 The NCC (Negro Community Centre) made headlines last year when the new owner had it demolished. This Centre had been described as the heart of Petite-Bourgogne - what did it mean for the community?

It is an unfortunate turn of events that led to its destruction, inevitably since it was abandoned for many many years. As a kid, I used to attend the centre every other day, to play basketball with the kids from the neighbourhood, do my homework, meet my friends, etc. It was the true gathering point for the members of the community. 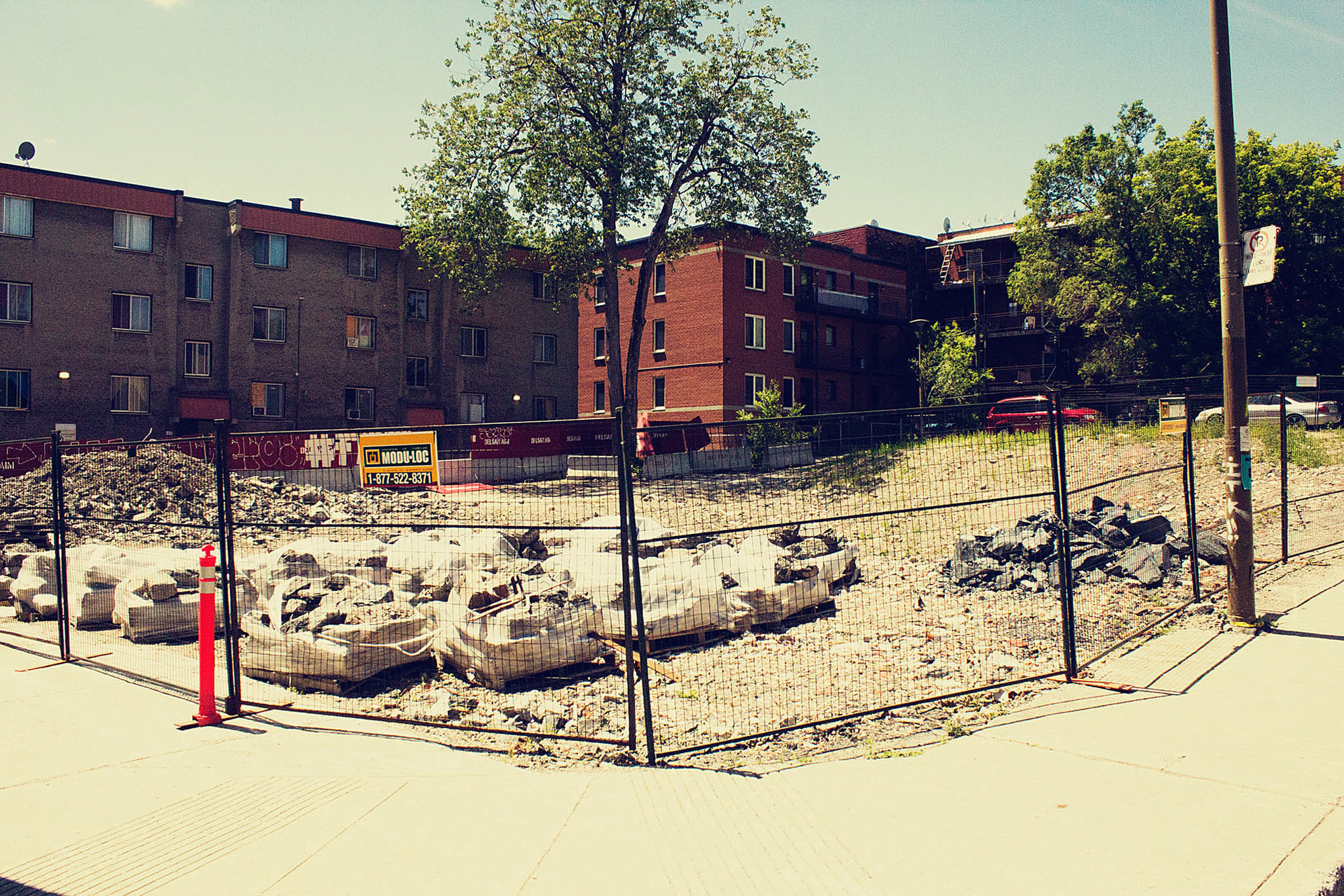 How important is the Dexter John Sports Club to the community now?

I think it’s a place where you can feel welcomed, gain social skills and self-esteem, through education, socialization and basketball. Over the years, thousands of kids have attended the club. I’ve run into some years later and they’ve thanked me for giving them tools that helped prepare them for adulthood and life in general.

The club also has members from outside of the community, which is very important because we have kids from different lifestyles come together and interact and network among each other for the future... 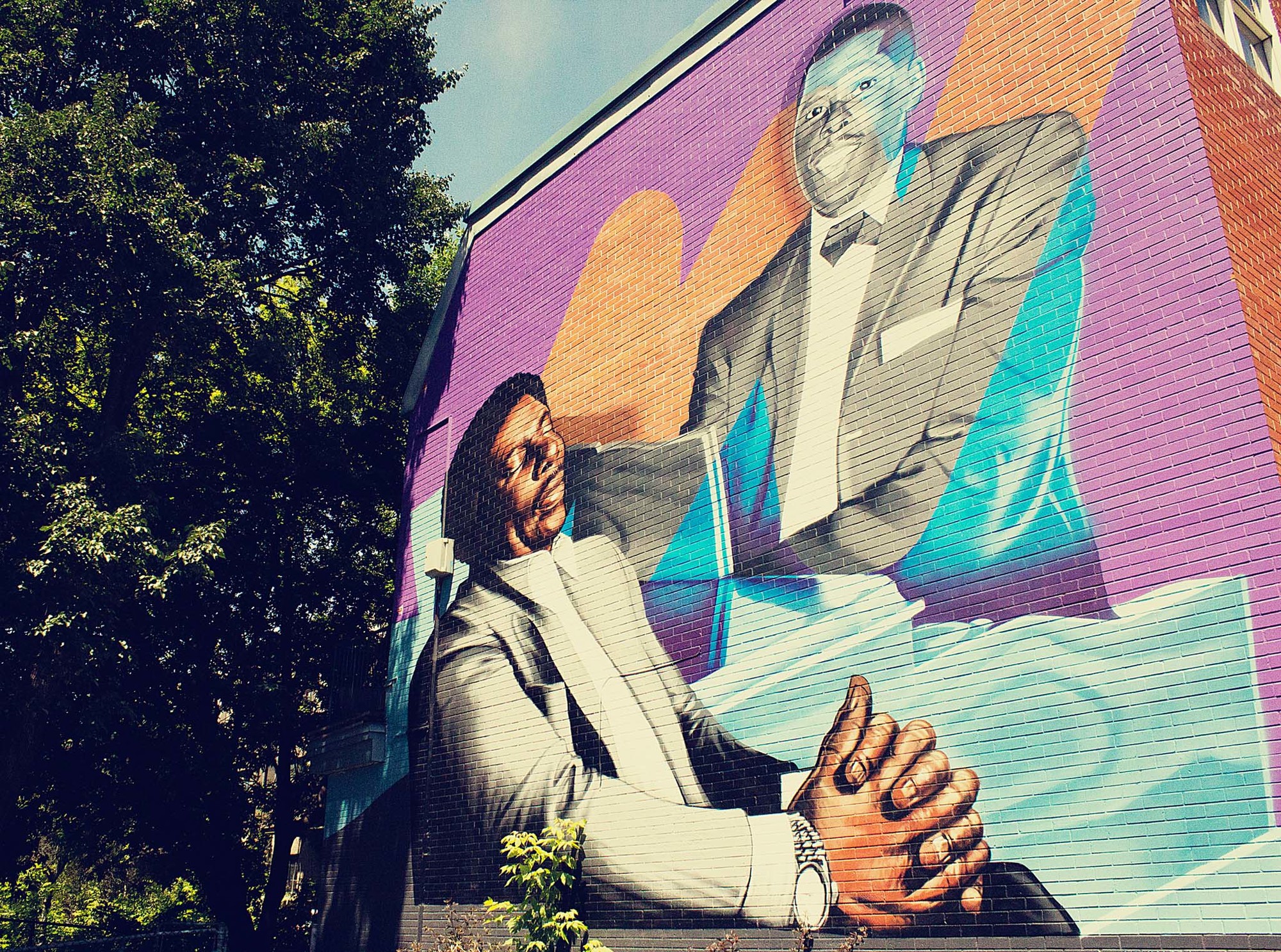 As we are walking around, a lot of residents, from teens to seniors, greet Dexter with a handshake and a smile. He is indeed a well-know character in this small part of town, and everyone seems to want to chat. The streets themselves also are full of stories, and Dexter points out the diverse murals and commemorative signs that hint at the area’s rich heritage.

A large, colourful mural reminds passers-by that world-renowned jazzmen Oscar Peterson and Oliver Jones hail from this part of town, once a hot spot for many very talented musicians. The tribute continues a few blocks away, in a shady green space now named the “Parc des Jazzmen.” 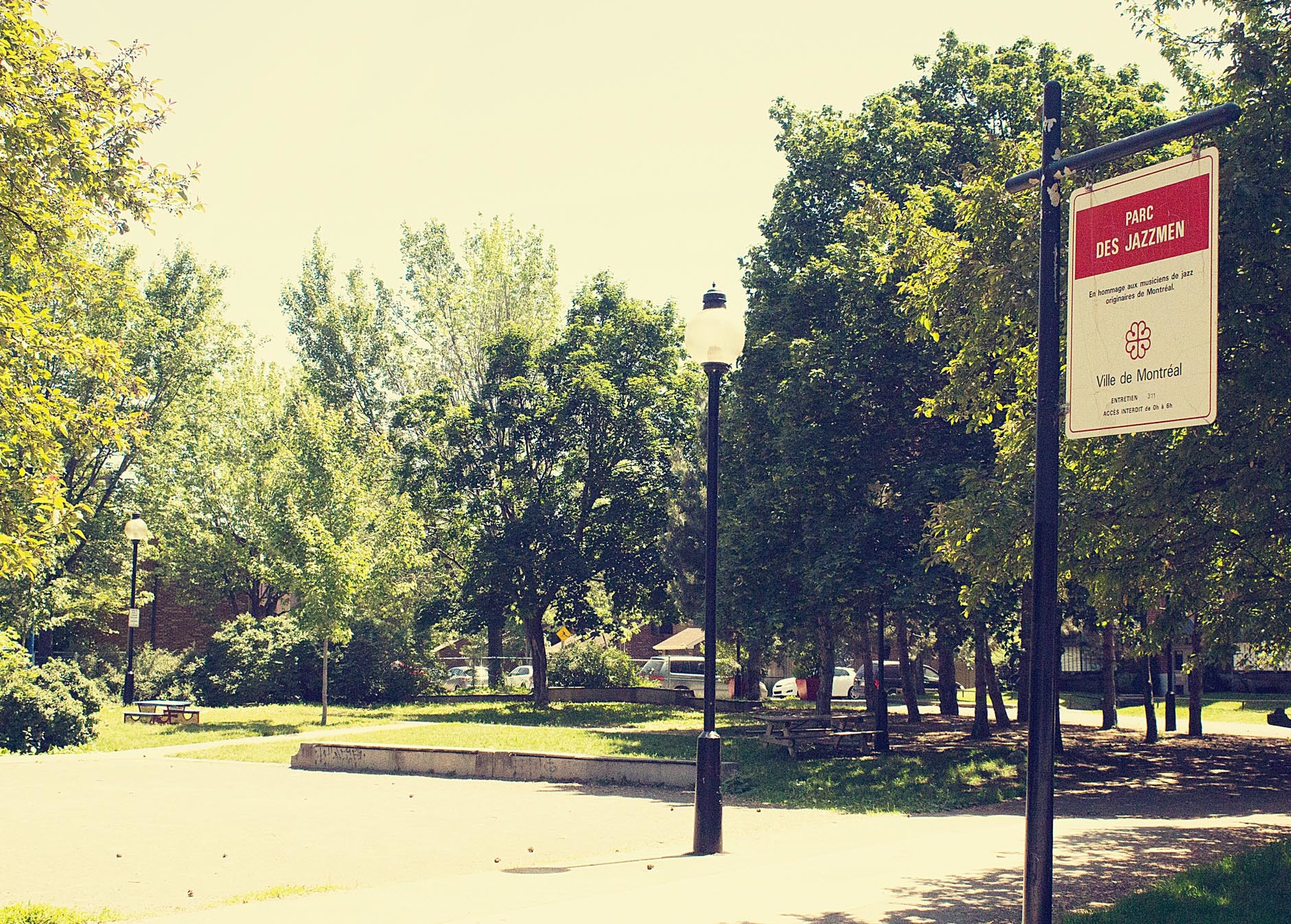 Any shout-outs for local businesses that embodies the spirit of the neighbourhood?

First thing that comes to mind is Jerry’s Barbershop on Notre-Dame Street, a few steps West of Charlevoix. There, you can see a lot of the young adults and great minds from the community. Dilallo Burgers has also been around for decades, and is one of the few remaining spots I remember visiting as a child. 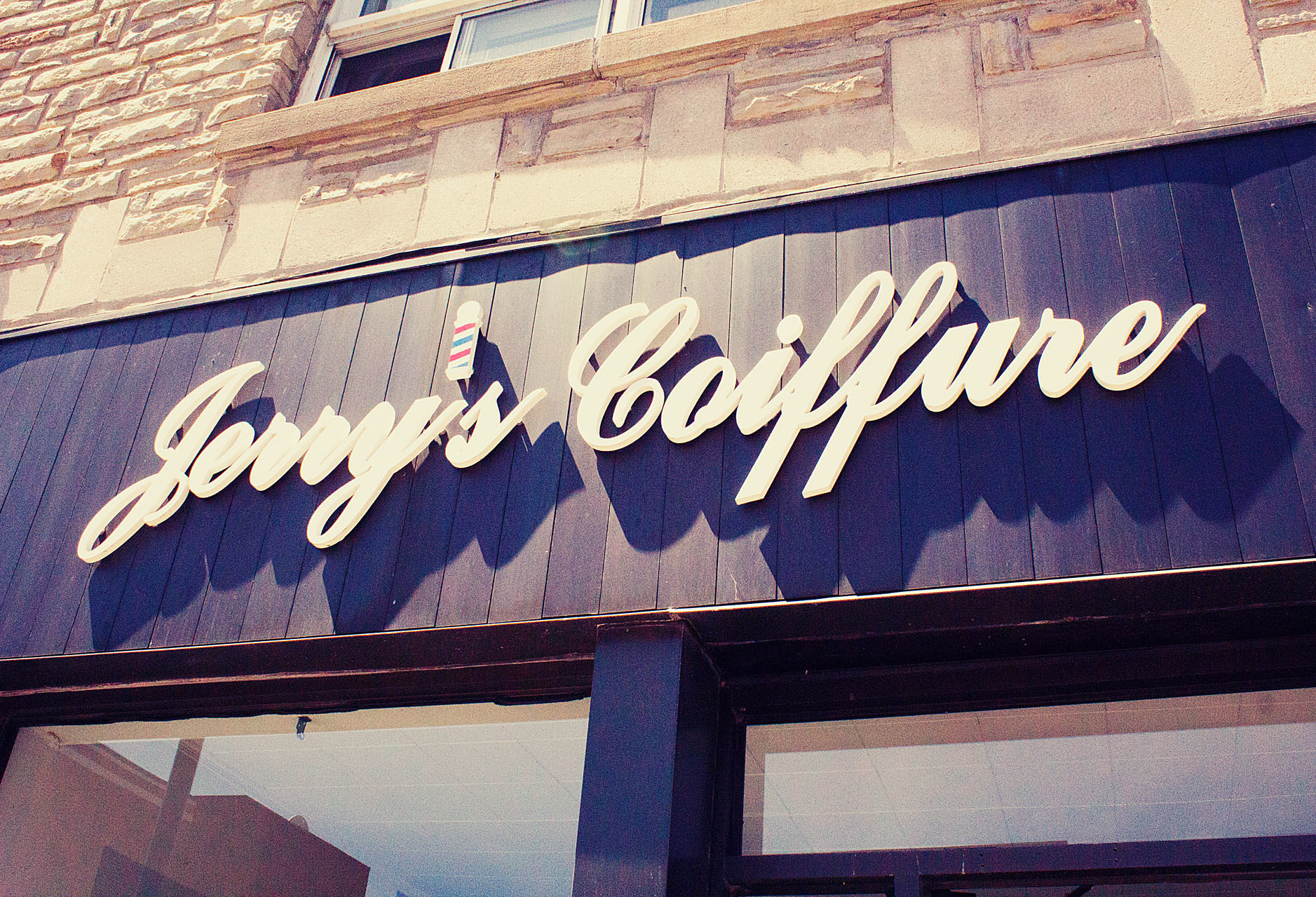 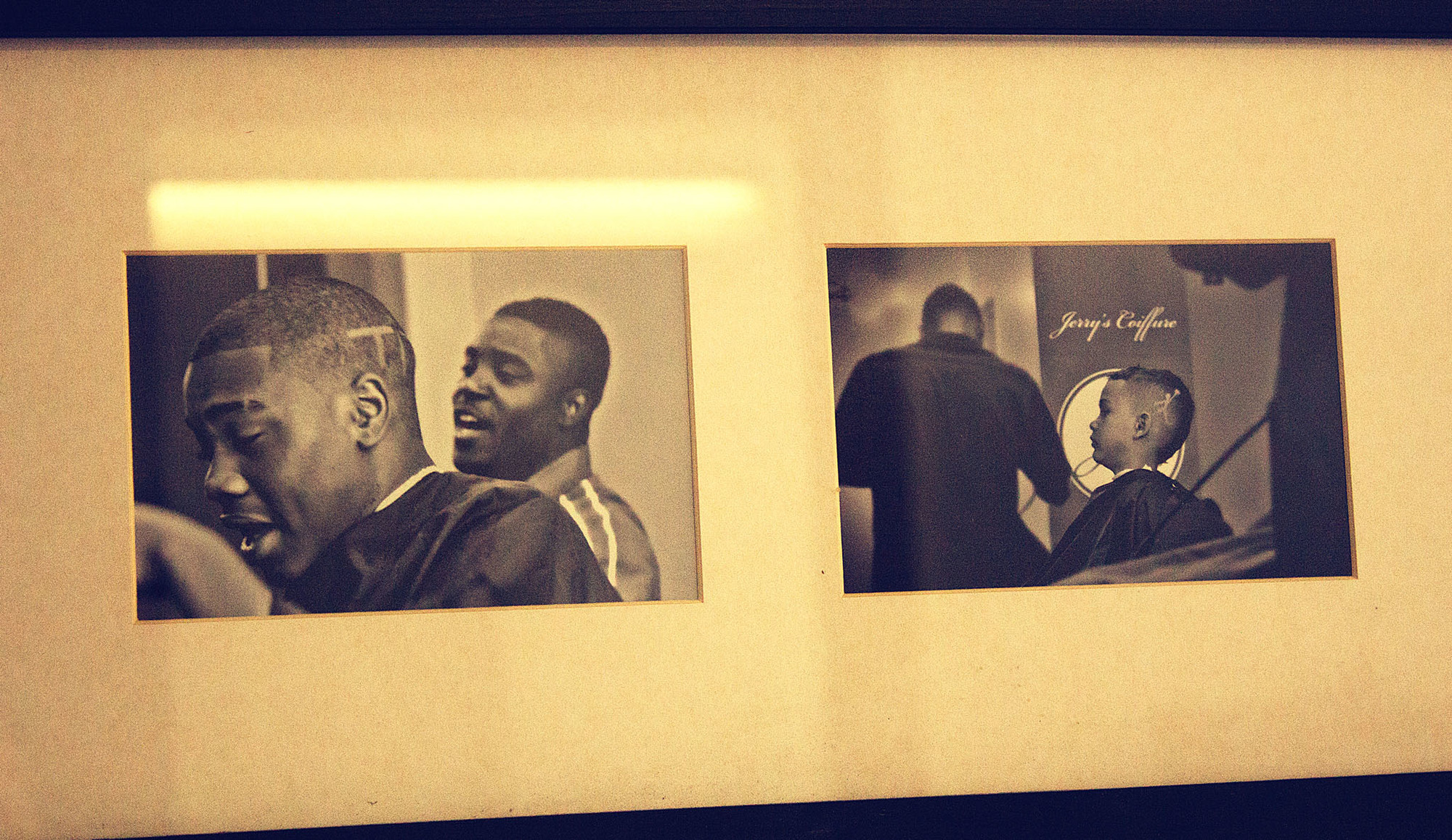 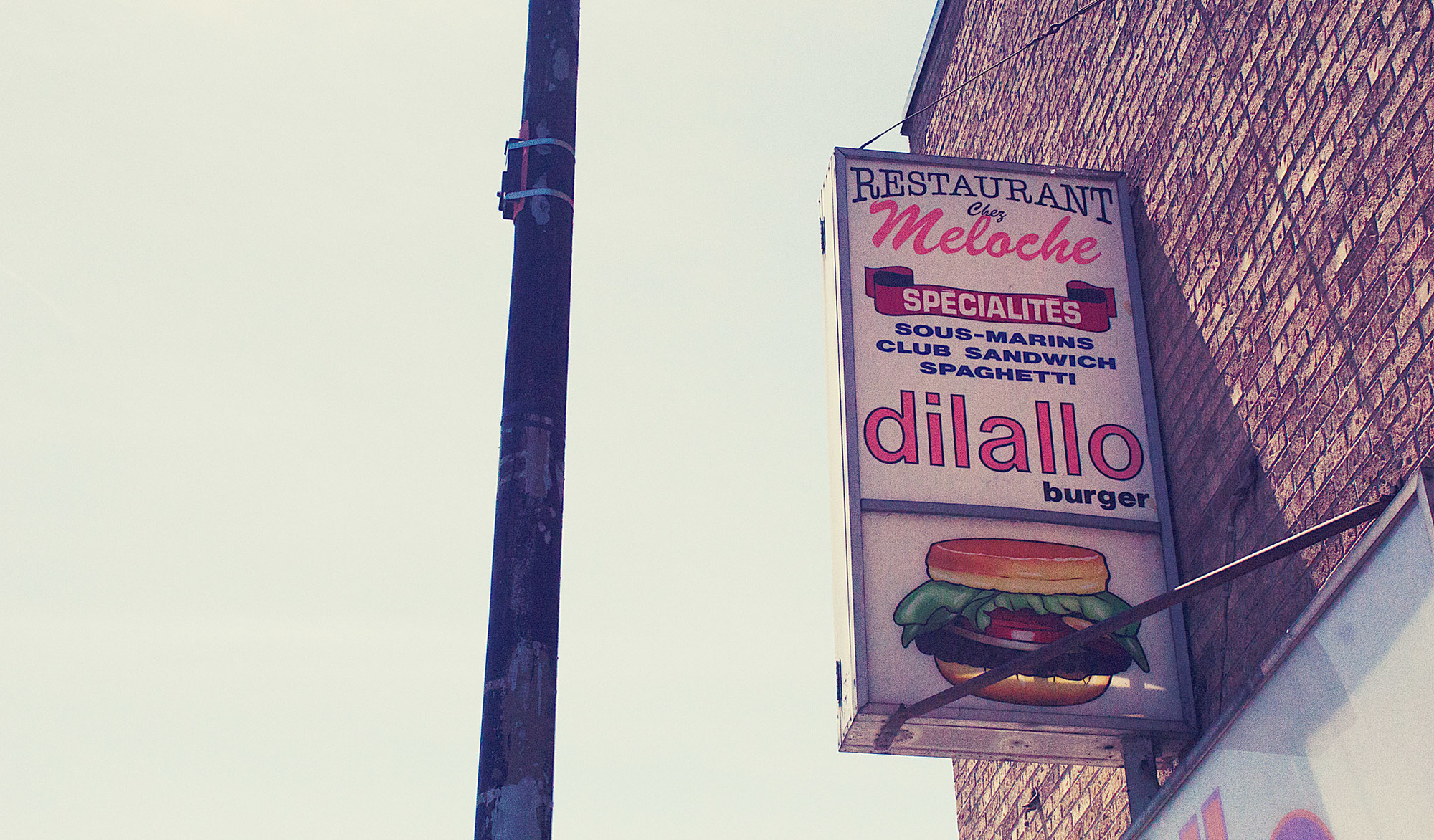 Any hopes or ambition for this neighbourhood in the near future?

Hopefully we can go back to that village theme, where we know each others name and have everyones best interest at heart. Rents that don’t rise so high that residents will have to move to other parts of the city. We need to find a balance for this place.

New is good, but respecting the heritage of this unique place is important as well. For the DJ Sport Club, having our own space where we could offer services seven days a week without any constraints would be amazing.

Thank you Dexter for guiding us around and this open-hearted conversation about the neighbourhood.