A young and talented photographer, soon has become a renowned name amongst citizens in Bucharest.

And thank God and Dragos’ mother that we have such a young talented photographer In Bucharest. His name is Dragos Asaftei, he is the official photographer of our president, Klaus Iohannis. But I promise I won’t make a photo report of the president out of this article. I’d prefer to focus on Dragos, his 22 years old photographer. Amazed? Well, keep that feeling for his entire story. 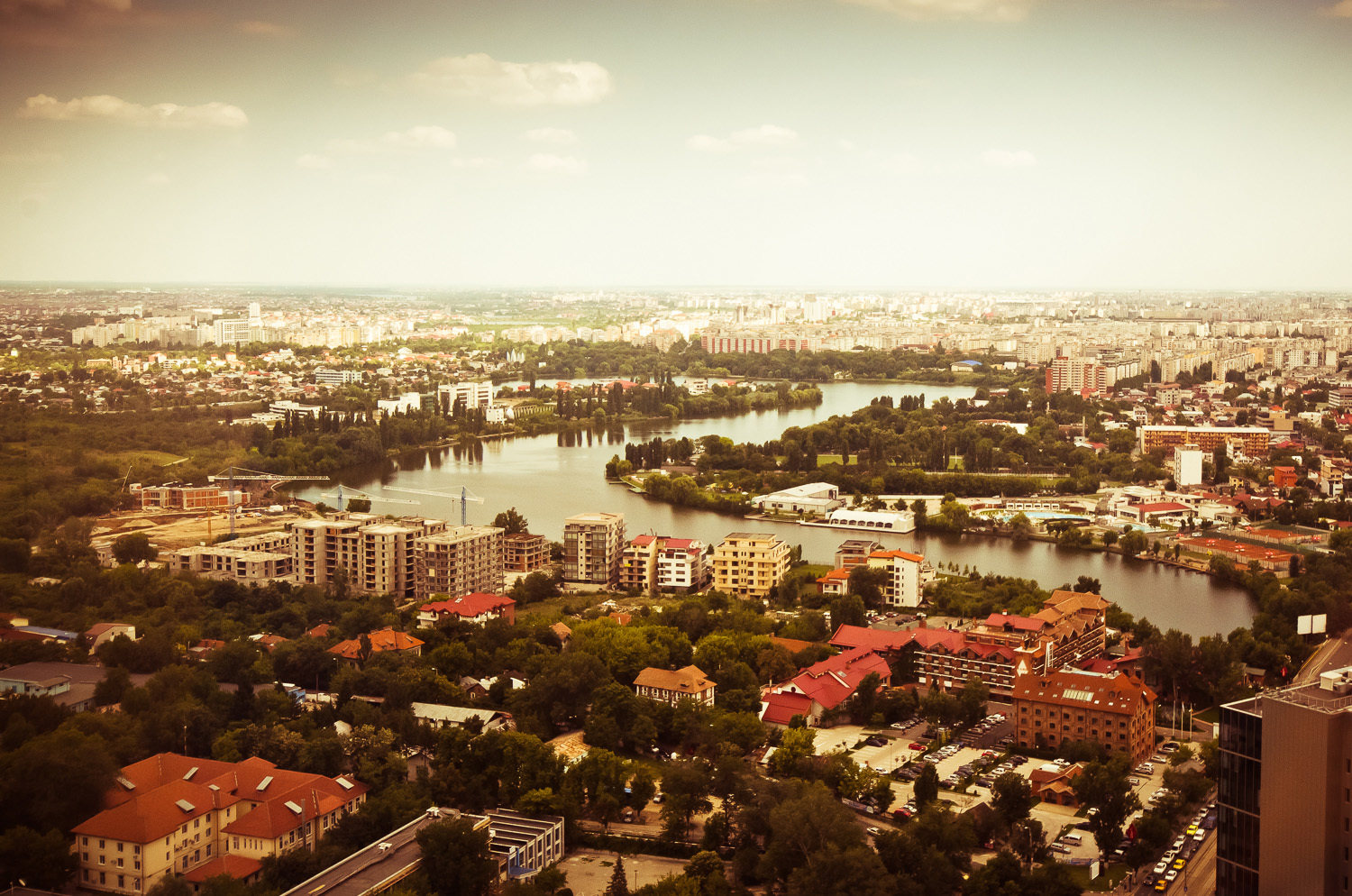 You, me and Dragos

I met Dragos as a photography blogger and then I heard that he’d been doing this since 2008 and at age 17 he had already written an eBook about photography. I looked into his photos, on his website, and discovered, through his perspective, so many things that I had long forgotten. From his “best of” collection, I would gladly recommend “25 photos from Romania”. 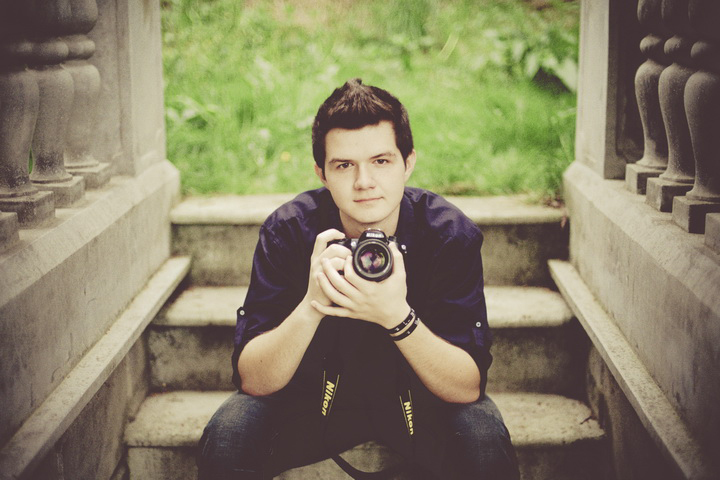 But photography isn’t about taking quick photos everywhere you look around, but making it a part of a bigger project. And maybe this is how Dragos became known. He was involved in many Bucharest social projects, which encouraged people to be more responsible and…discover their inner leader. 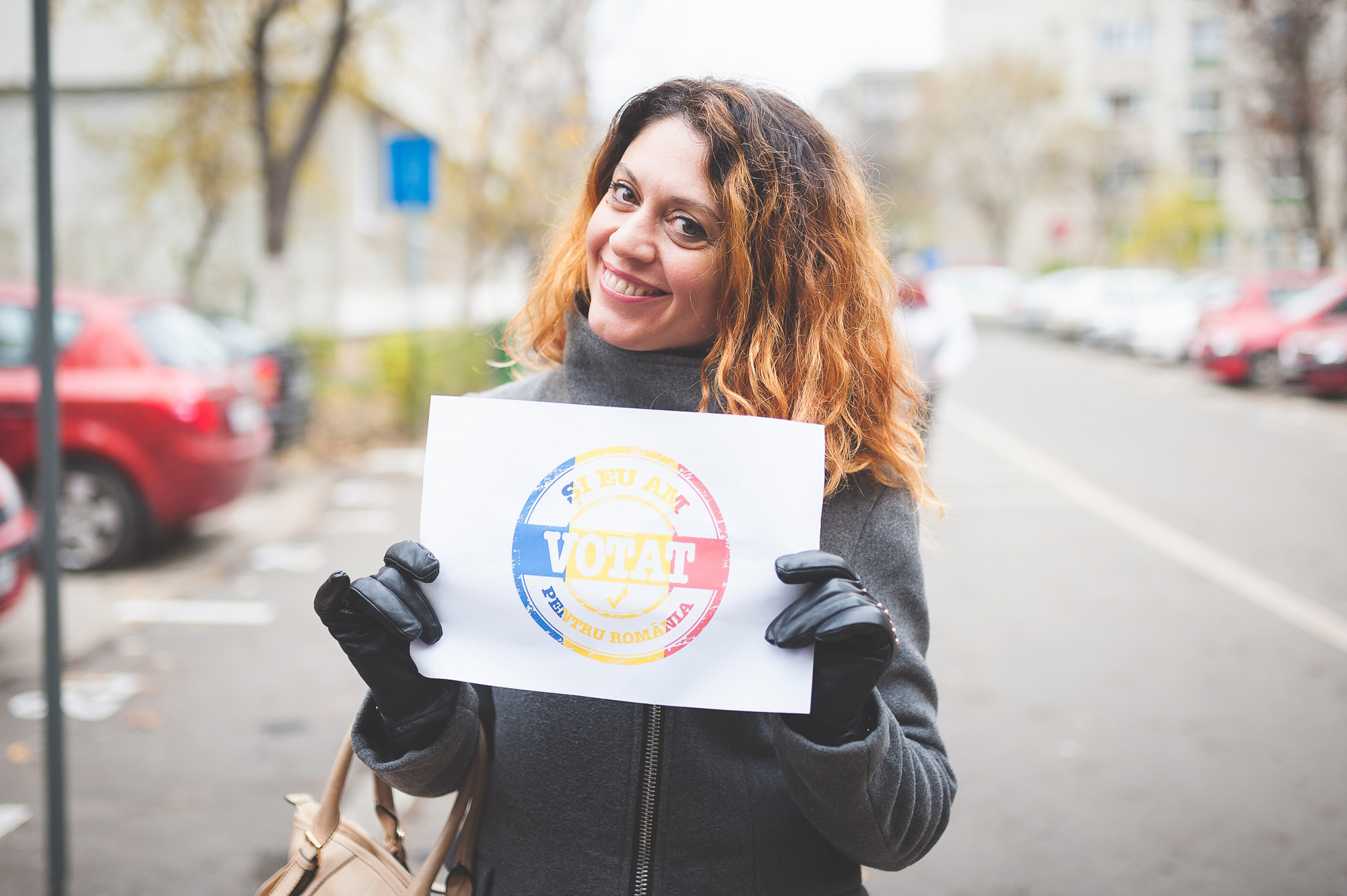 One of his best projects was related to voting. He took photos of people on the street, asking them to hold a “Voted” sign, in order to promote voting. He spent 15 hours, receiving a lot of negative answers from the elders and curiosity from the younger people. He went in almost every Bucharest neighborhood and asked 500 people in order to take 100 photos. 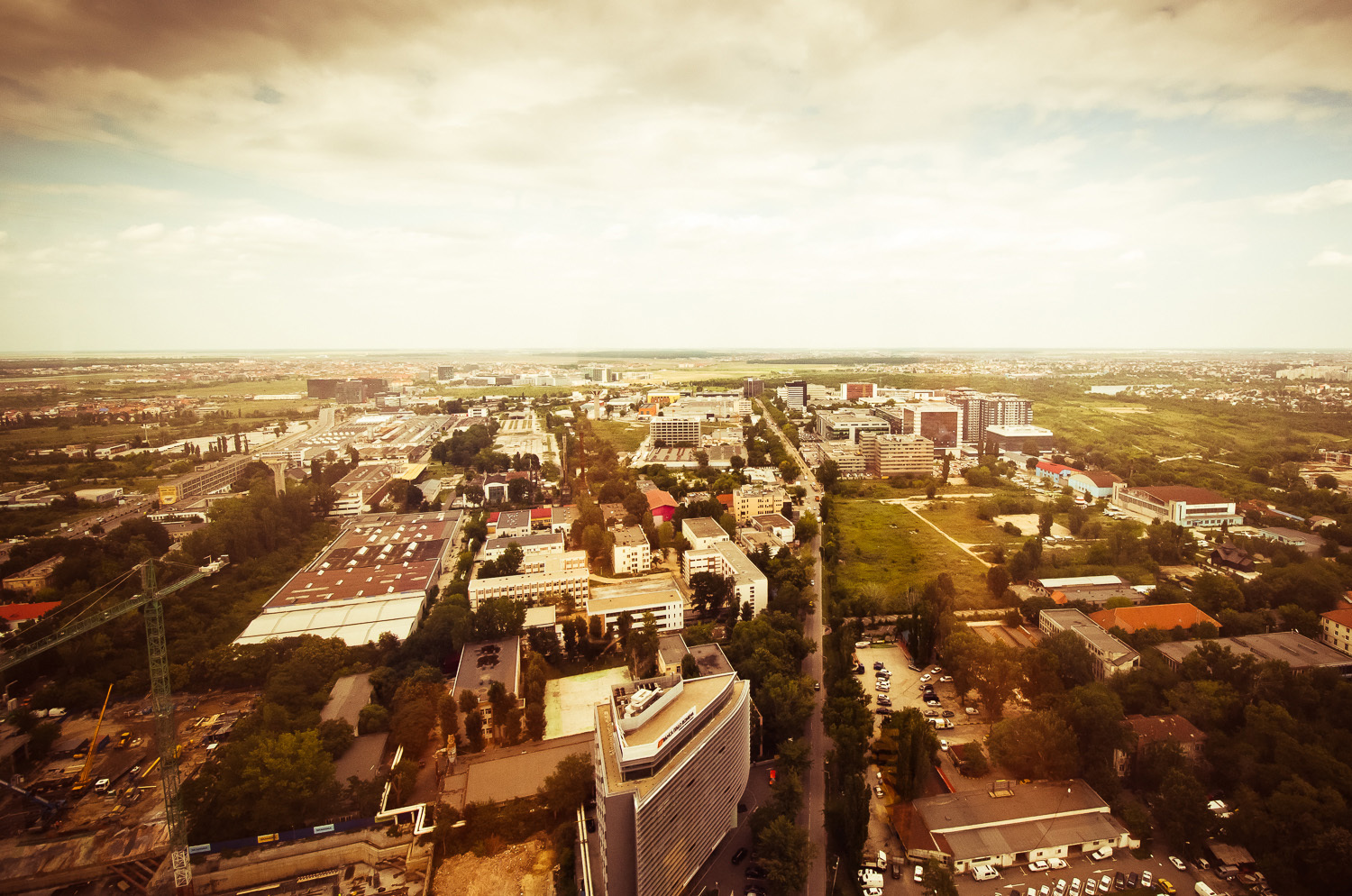 He also told a winter story in Bucharest, through his photos. And as you admire snow falling gracefully from the sky and thinking “Hey, I might go to Bucharest for Christmas!” you must know that Dragos worked for hours and even woke up very early in the morning just to catch a snowy sunrise, as he confessed in his article. This is the cold face of Bucharest. 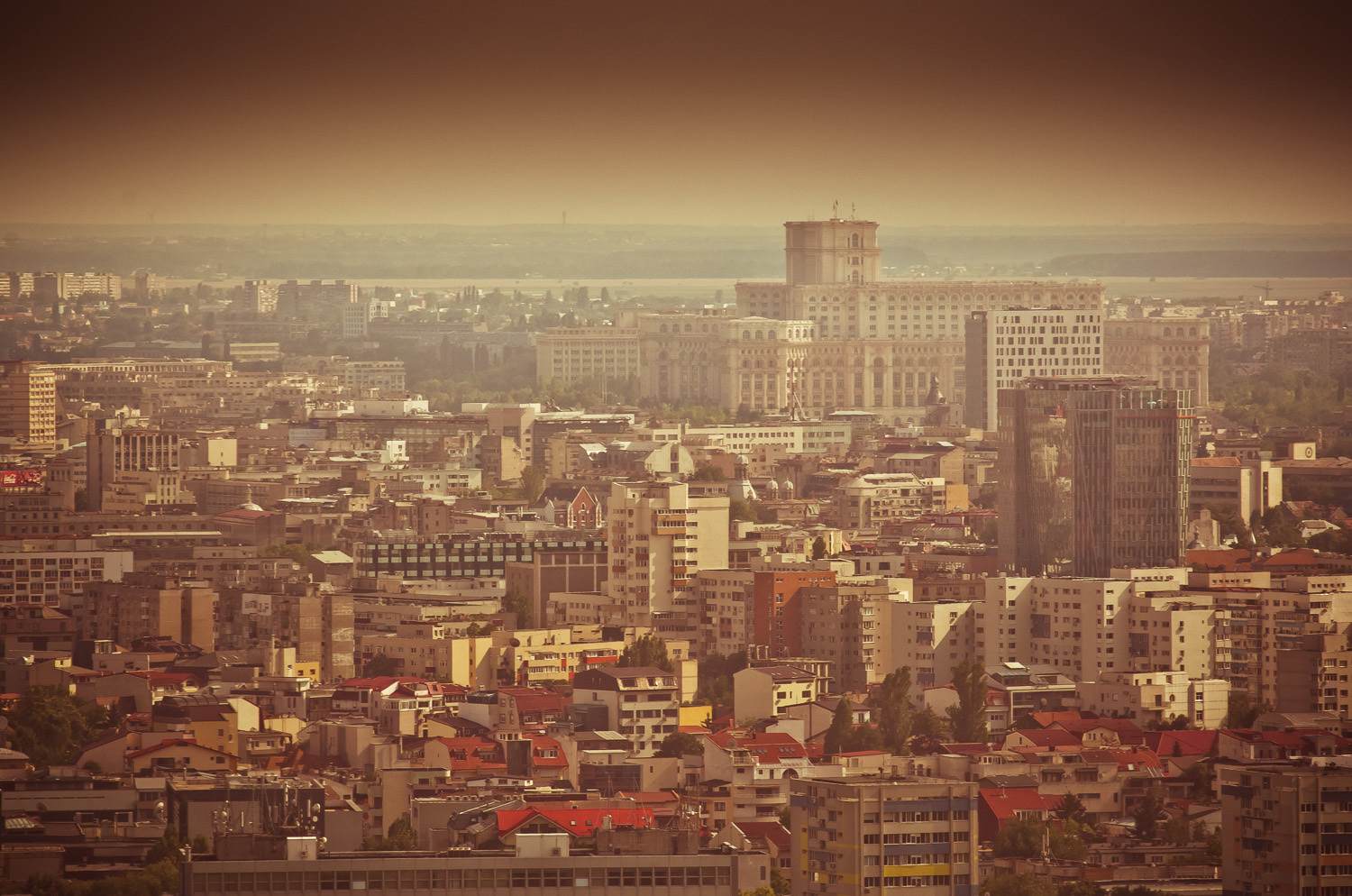 And travelers lived happily ever after…

Oh wait, there’s more. I kept the best for last. I’m sure that by now, you’d like to meet Dragos in person, if you’ll ever visit Bucharest. What a great…and most important, realistic idea! Dragos Asaftei is part of a wonderful touristic project, named Travelers of Bucharest.

Of course, you already know the concept from People of New York, a famous Facebook page that gathers impressions and photos of people like you and me, who have something to say. Well, there’s a People of Bucharest page on Facebook too, but Travelers of Bucharest is one of a kind. Just take a look here. What would you say if Dragos approached you on a Bucharest street and asked you to talk about your visit? I’ll let you think. 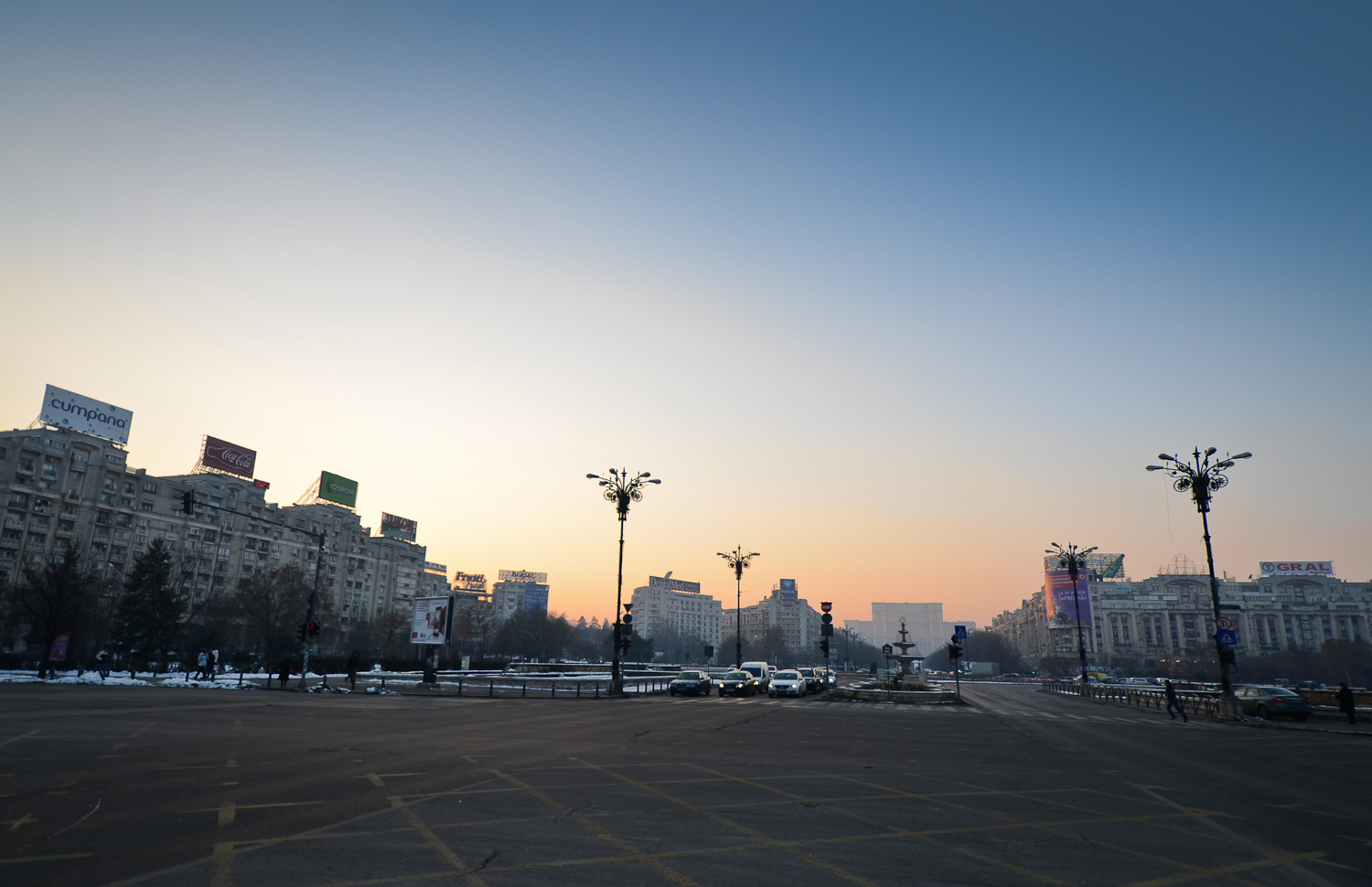 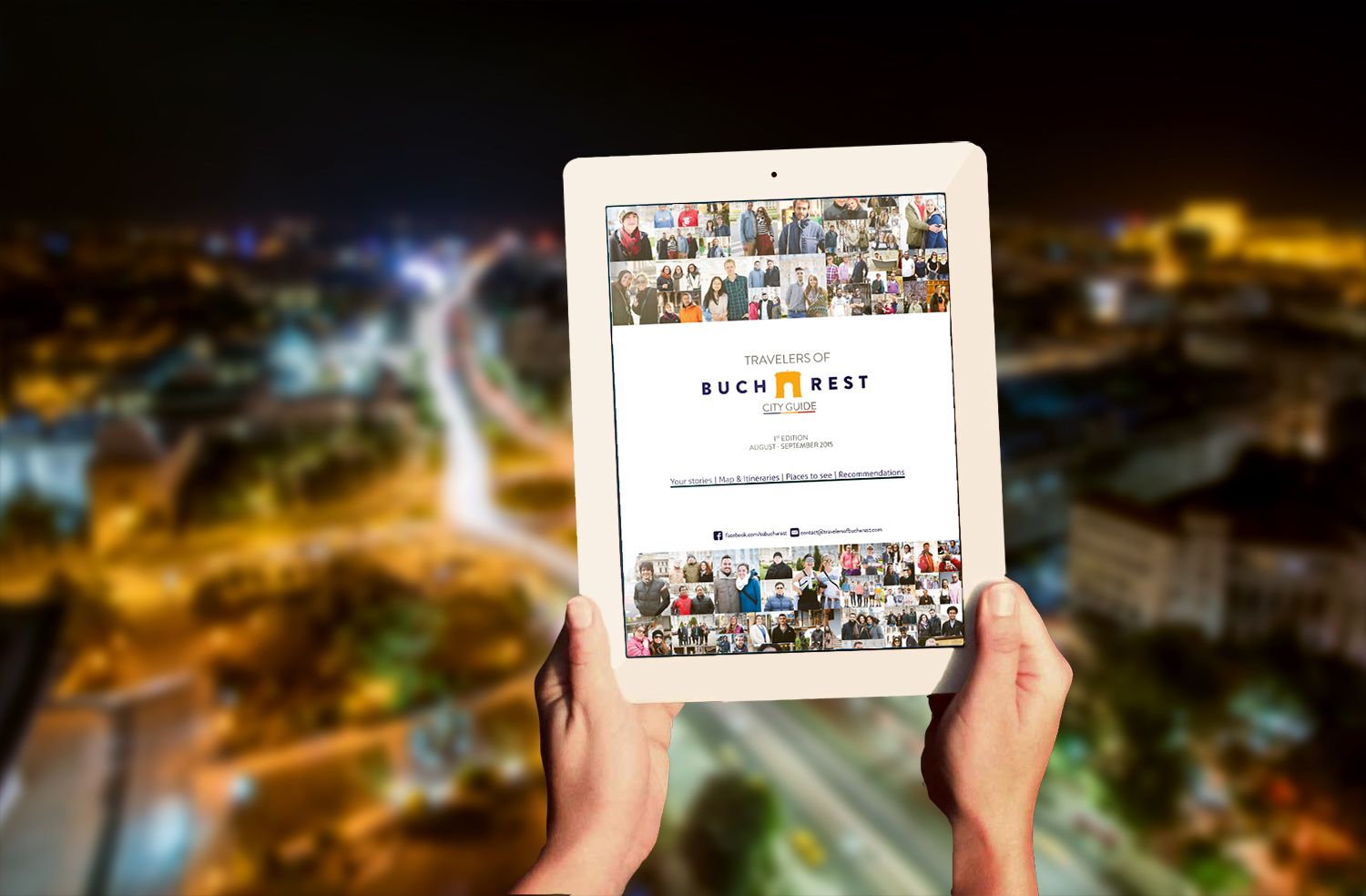 No, actually I’ll even inspire you with others’ impressions, all gathered in a brand new Travelers of Bucharest City Guide, that you can download here.  It’s the first edition of an eBook that focuses on delivering great tips to travelers, so they can enjoy their stay in Bucharest, discovering secret places that only locals know.

The eBook proposes 5 routes, depending on what you want most to see. It also offers tips on souvenir shops and food places, but my favorite part of this tiny cute eBook is that is full of travelers’ impressions, from Facebook. Father of travelling, the guide contains even the score that these impressions had on Facebook! My favorite testimonial belongs to a Japanese couple that recommended talking to locals. 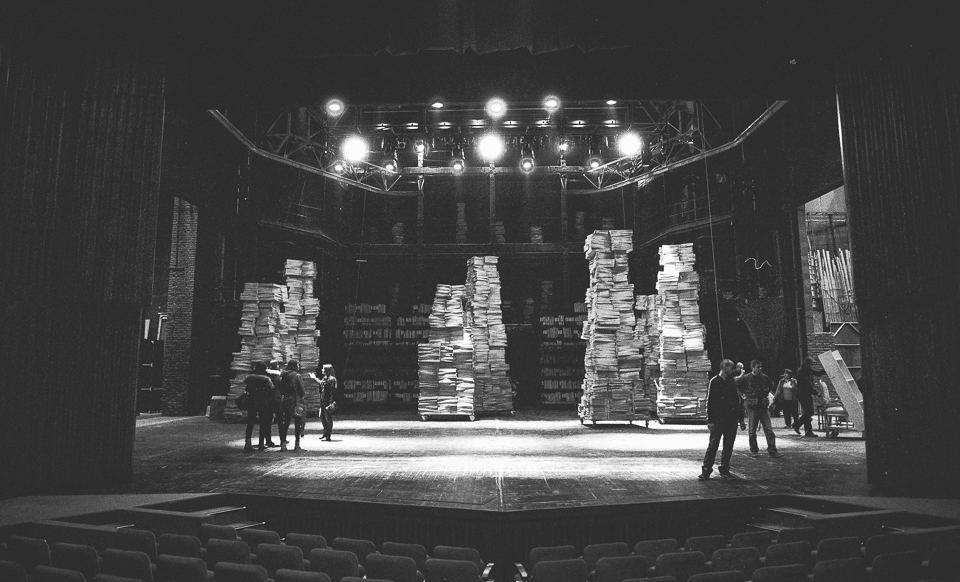 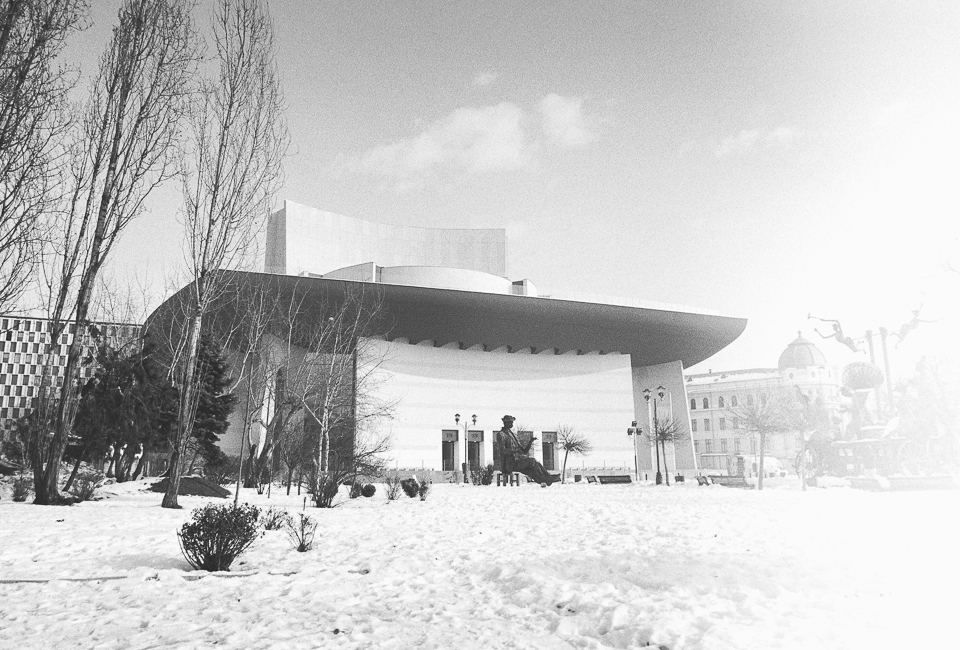 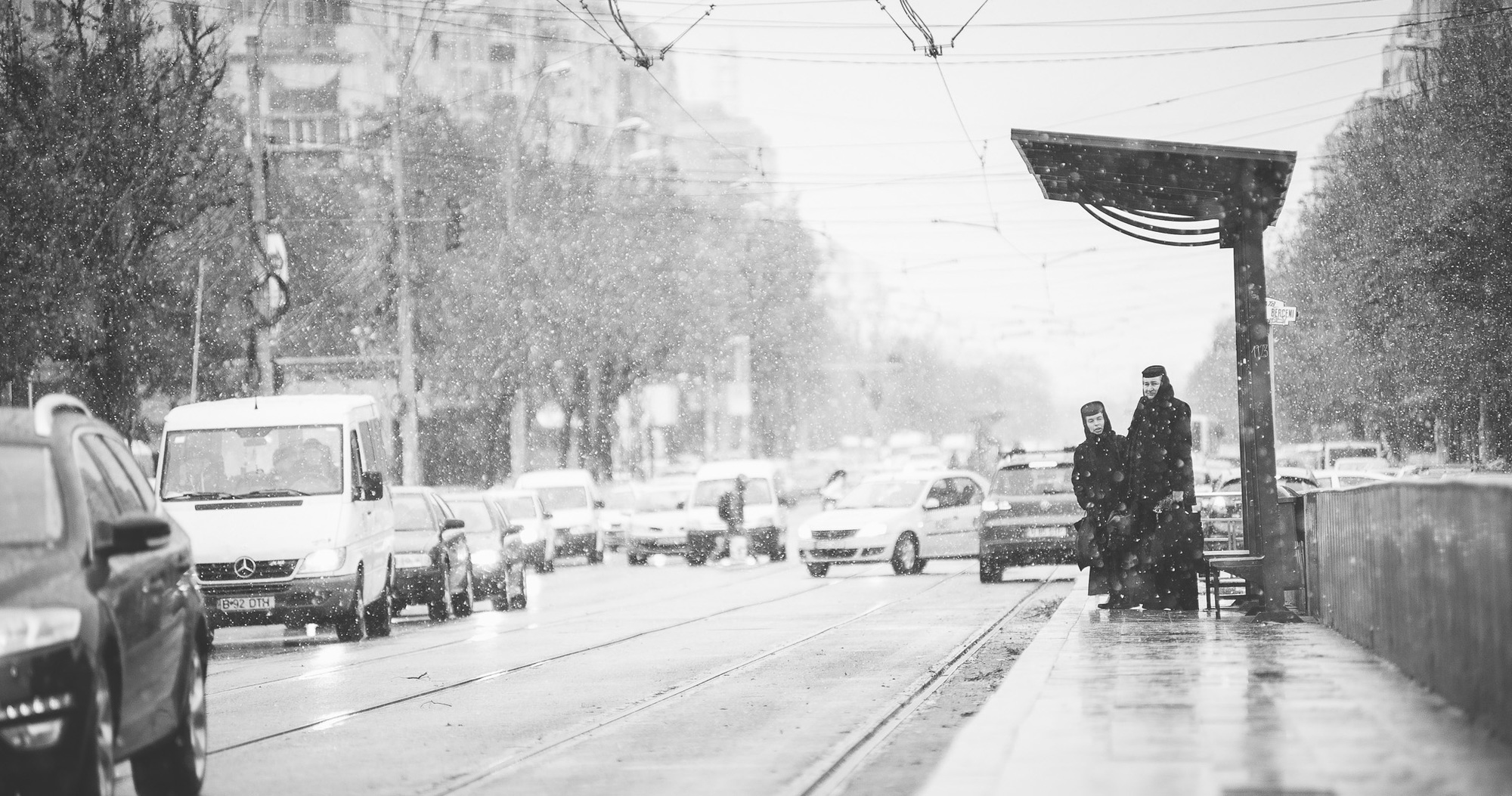 In the end, I could not finish my article without confessing what made me write about Dragos Asaftei (it’s my first article on Citinerary and I wanted to dedicate it to someone special).

Romania is not a first choice for many people. Fair enough. Its reputation could be seriously improved. People see a lot of places before coming here, it’s like a city you choose, after there is nothing else to see. But just because of that, you can properly evaluate Romania. After seeing many cities and hearing a lot of rumors, you can tell by yourself if Bucharest, comparing it to other places and experiences, is or isn’t a small piece of urban heaven. 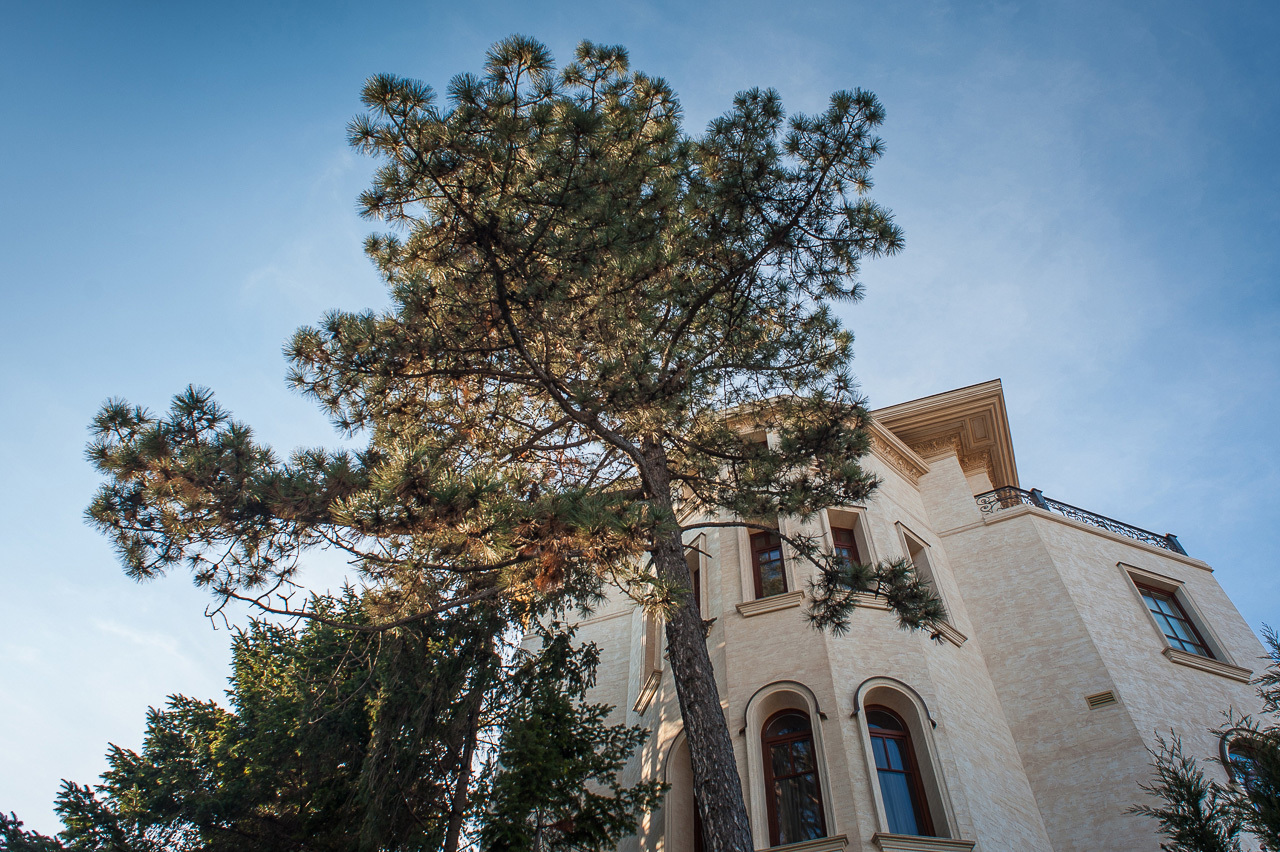 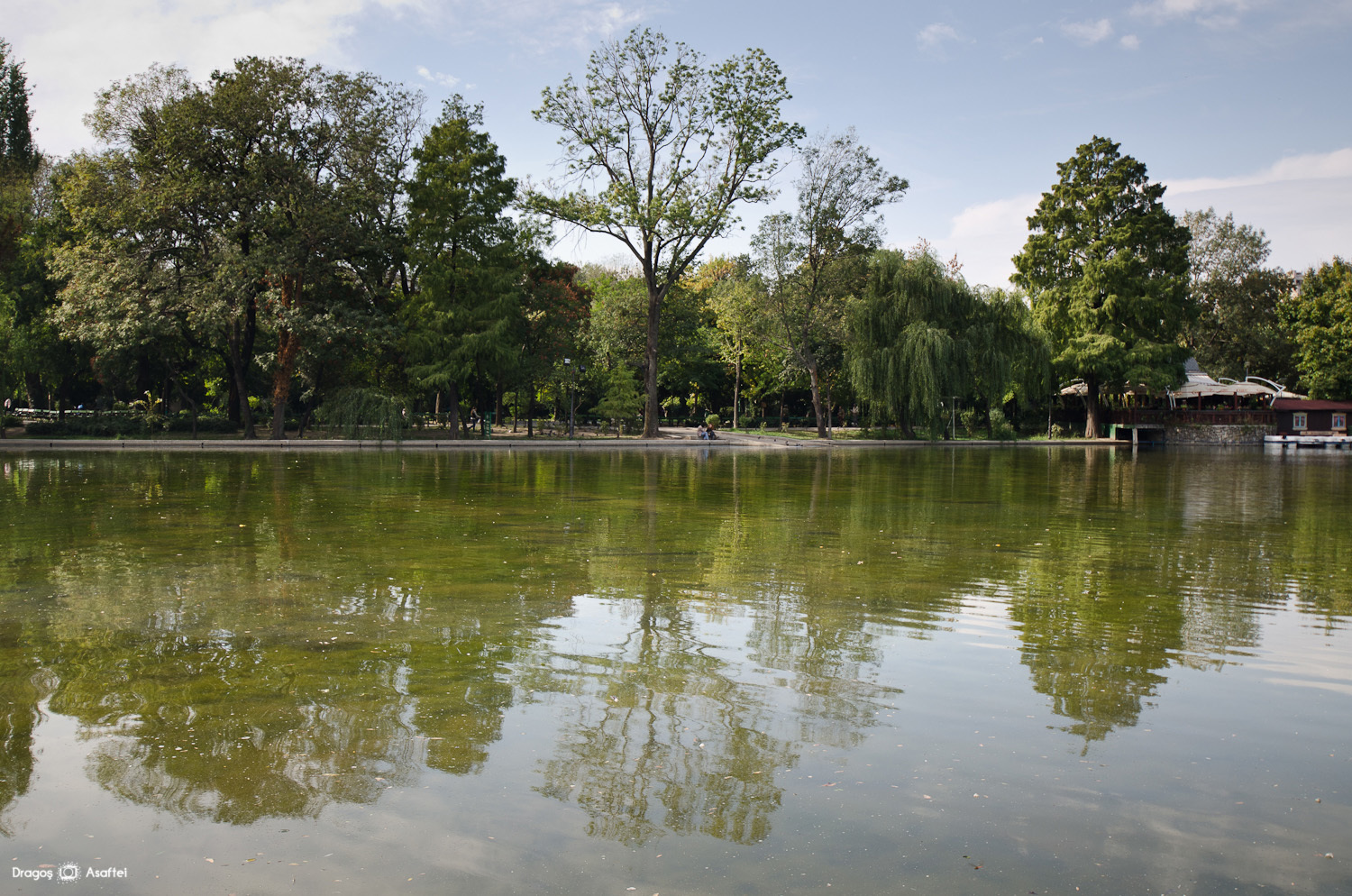 And that’s how I saw Dragos Asaftei. Photography wasn’t his first choice. He tried piano, he abandoned it, he gave a second chance to it and abandoned it again, he became a swimmer, he played other instruments and finally, he decided to try photography.

And he realized he liked it so much just because he had the opportunity to explore his options, to try this and that. And when he finally chose a passion, he embraced it with all his heart. Just like tourists do in Bucharest. 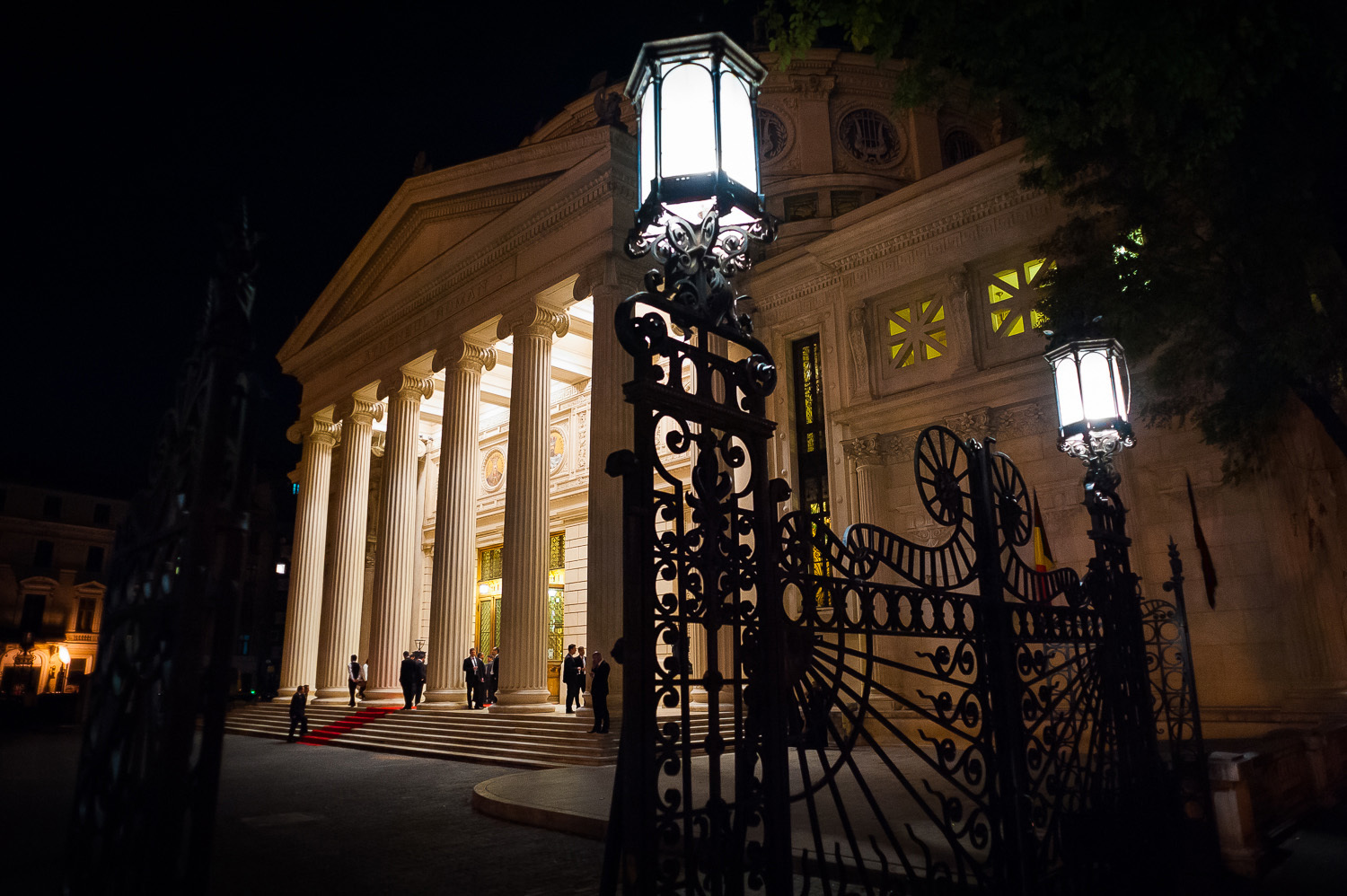 So take your time, avoid Romania, visit other countries, and when you finally feel that you can handle an adventure, open your heart and discover Romania, as good, as bad or as ugly you might find it.