While most of his photos involve people, Alex is also an avid explorer of his city, continuously discovering places and their history. Let's meet the man behind Muzeul de Fotografie.

Alex Gâlmeanu is an inspiring Bucharest-based photographer that has done nationwide-famous work related to editorial, advertising and experimental photography.

While most of his photos involve people, Alex is also an avid explorer of his city, continuously discovering places and their history. We were delighted to discover a lively and enthusiastic ambassador of Bucharest, its people and their stories, by talking to him about some of his personal projects. 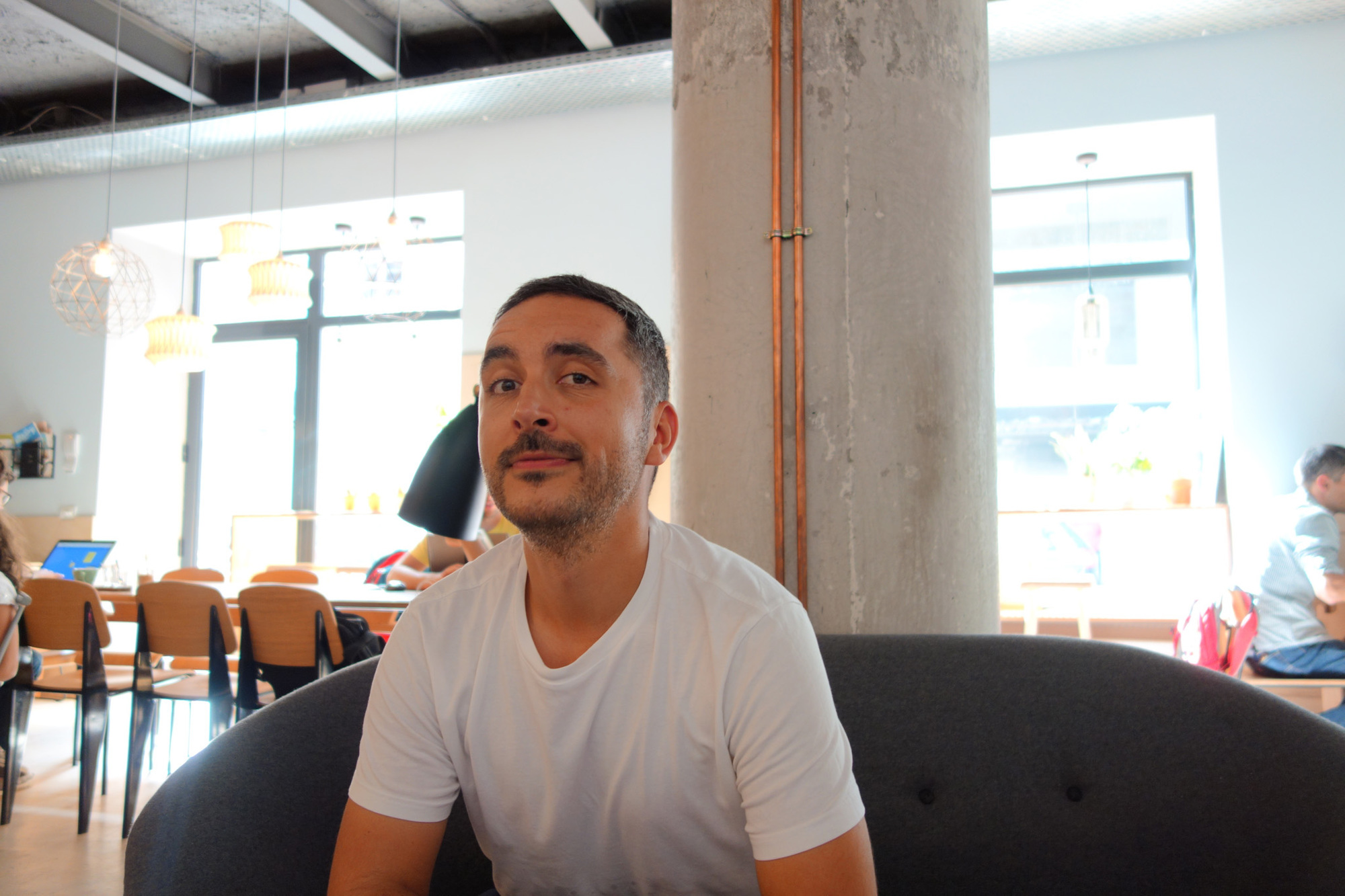 Your “Photography museum” (Muzeul de Fotografie) digital project has become one of the most authoritative sources related to old, documentary-valued photographs in Romania. How did it start?

The project started as pure passion. I’m a professional photographer, so my passions don’t go very far from it. My interest in collecting photographs comes, one way or another, from my family. My father was, for almost 35 years, a documentary movie director. Part of his career was dedicated to historical movies and I believe he inflicted in me this “gene” of curiosity related to history. Photography — a method of remembrance — was a very good fit on this foundation. It was only a matter of time until I started organising, maintaining and making public a personal collection of photographs.

At first, as I found interesting items, I posted them on my personal blog. Seeing that there’s a certain interest for them, I decided to separate this endeavour from my personal image; to position them, as much as possible, as a “separate institution”, so that I reach more people that have this interest. However, it’s funny how Romania still doesn’t have an official Photography museum even though it was among the first countries in which photography was practiced — only 3 years after its invention. 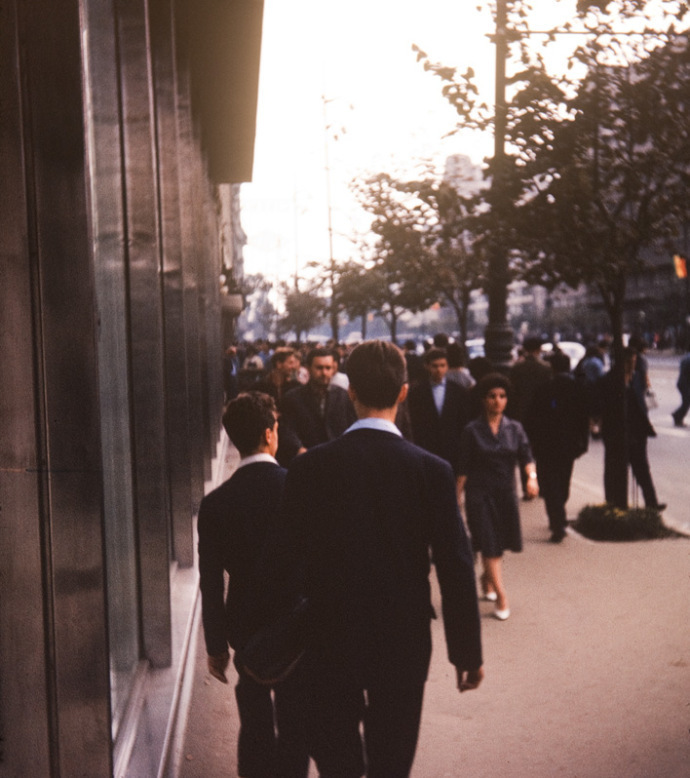 A huge part of Muzeul de Fotografie’s resources — its foundation — is built on my personal collections. However, there are many photos that came from passionate collectors that use the platform to reach the audience we’re already gained. Some of the most interesting items come from other contributors; this makes me extremely proud — even prouder than I am about my own.

In order to present the photos as interestingly as possible, we go through a comprehensive process of analysis of each of their elements. However, my colleagues and I make incredible discoveries only after the photos are published — through information received from our public. I’m extremely happy that we formed such a community.

I would love it if this undertaking would go beyond the digital medium. Sooner or later Romania will have such a museum, a physical one — all the material we need is already available. This is some sort of distant plan for me, I admit it.

Is there a specific case or story that you discovered and left a mark on you?

Yes, two of them, actually.

The first one – a friend donated me a collection of glass negatives he bought in an antique shop in the 90s. I scanned them and discovered a set of family photos that, in a completely involuntary manner, constitute a very coherent series. The family appears in photos taken over about 6 different periods of time, all in a similar manner. Originally from the 1920s, the photographs give a feeling of watching a scene from a theatre play. The funny thing is — the project could very well be a contemporary one; it’s made with surprising authenticity and it lacks the “creative” pressure. 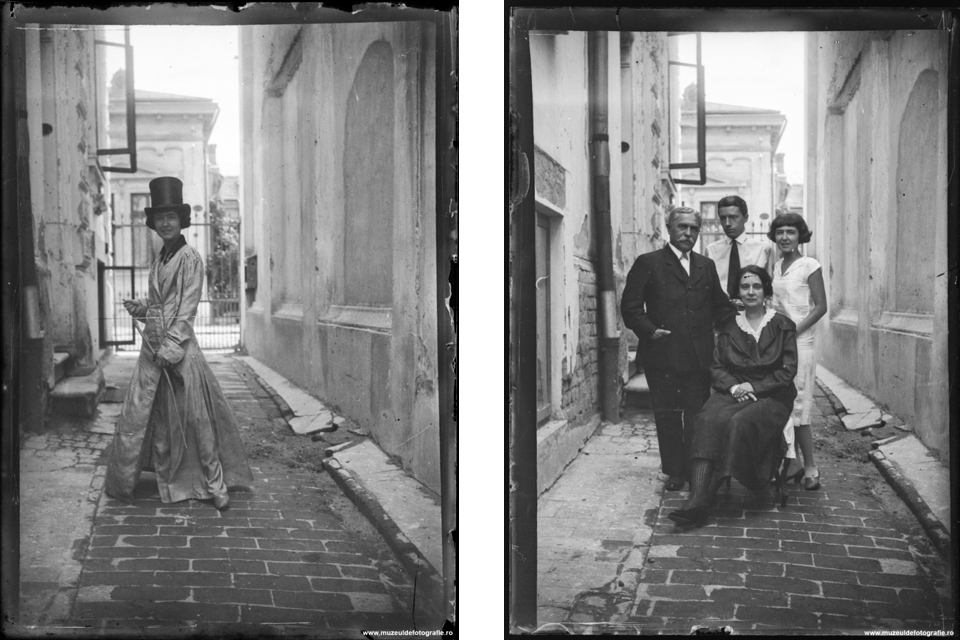 The second one is one of our most successful stories in terms of online popularity. It concerns a series of photos taken in the ’60s that show the times’ less photographed facets of Bucharest. As far as I know, they were taken by an American; they show, contrary to expectations and contrary to what history teaches us, the city of Bucharest in one of its most fabulous conditions — modern, clean, filled with beautiful people. It doesn’t look like a black period of communism, but one in which Bucharest seems to have been very well connected to European trends. I believe the pictures were so well-received in the social media, especially by older persons, because they were the missing puzzle pieces from their childhood memories.

These two milestones were exactly the fuel I needed to go on with the project.

I know you also initiated a project that involves hanging prints of your photographs around the city. Can you tell me more about it?

Muzeul de Fotografie and this project are somehow connected. Photography goes well with history, remembrance; photography “records” and documents certain moments. So, because of Muzeul de Fotografie, I never leave the house without a camera. I have a huge collection of street photographs and I decided I should give some of these back to the community. I made a selection, I printed them at exhibition standards — they’re signed, unique prints — and I started hanging them around the city, close to the place they were once shot. This way, I’m seeing the whole city as an art gallery. 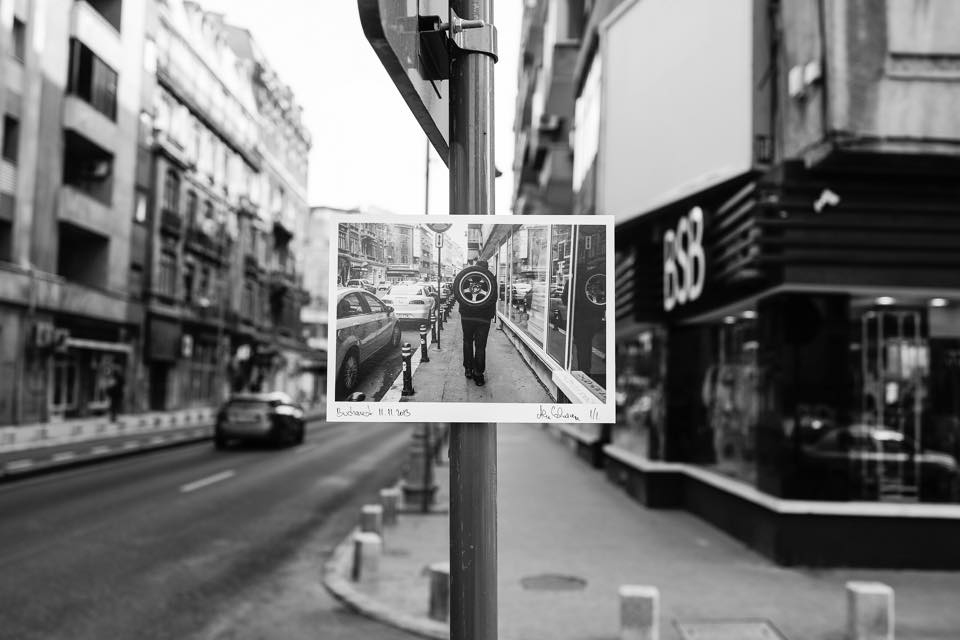 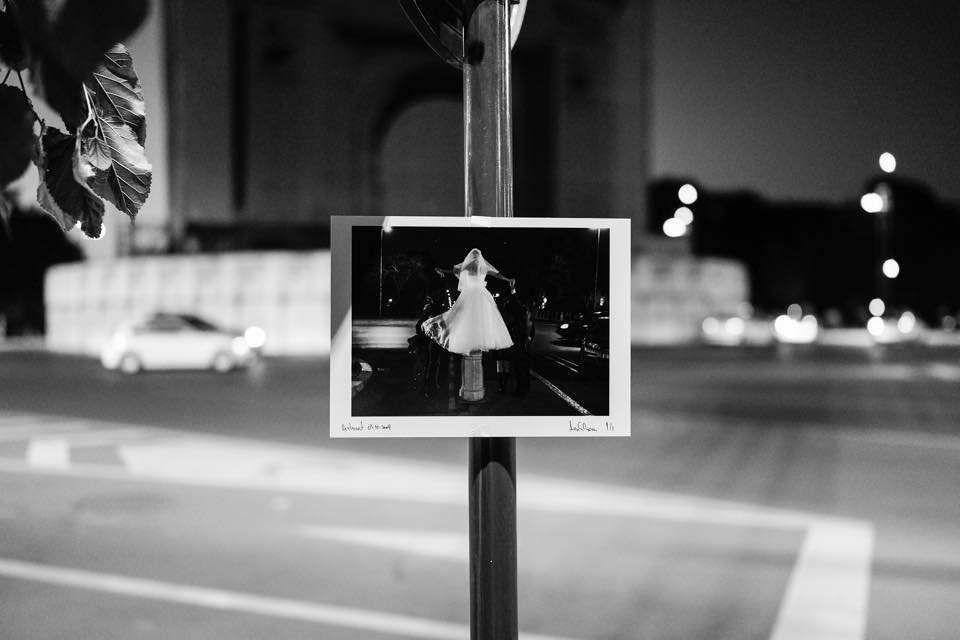 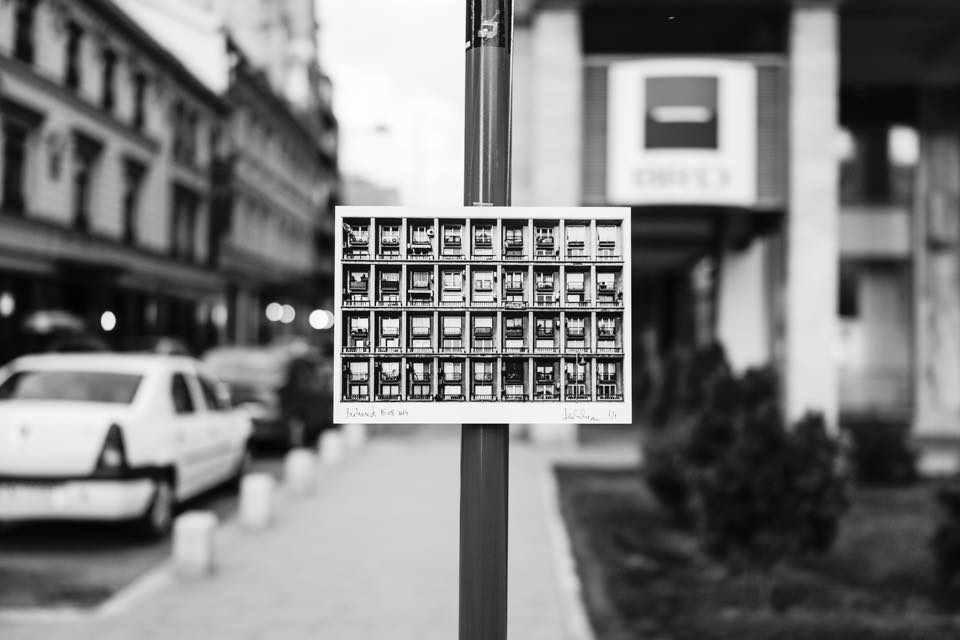 Beyond that, there’s a secondary facet to the project: I wanted these photographs to end up in “good hands”, hands that would truly appreciate them. So, whenever I hang one of them around the city, I publish it on my social media accounts, giving my followers a “heads up”. Judging by their feedback, most of the photos disappear in around 10 minutes.

There’s also a funny story related to the whole “photo-chasing” thing. I left one of my photos close to a friend’s house, but didn’t tell her — because that’s precisely the point. Incidentally, she quickly saw my Facebook post and called me, telling me that she was going to get it. I told her “Ok, but hurry up, they go away pretty fast”. Her response: “How fast could it go away?! It’s across the road!”. As she approached the place, she saw a lady literally running towards it. They arrived at the same time but, being my friend, she gave the print up, letting the other lady have it. Later, we found out that it was actually the husband that called her, while in the supermarket — she abandoned the groceries and came running. 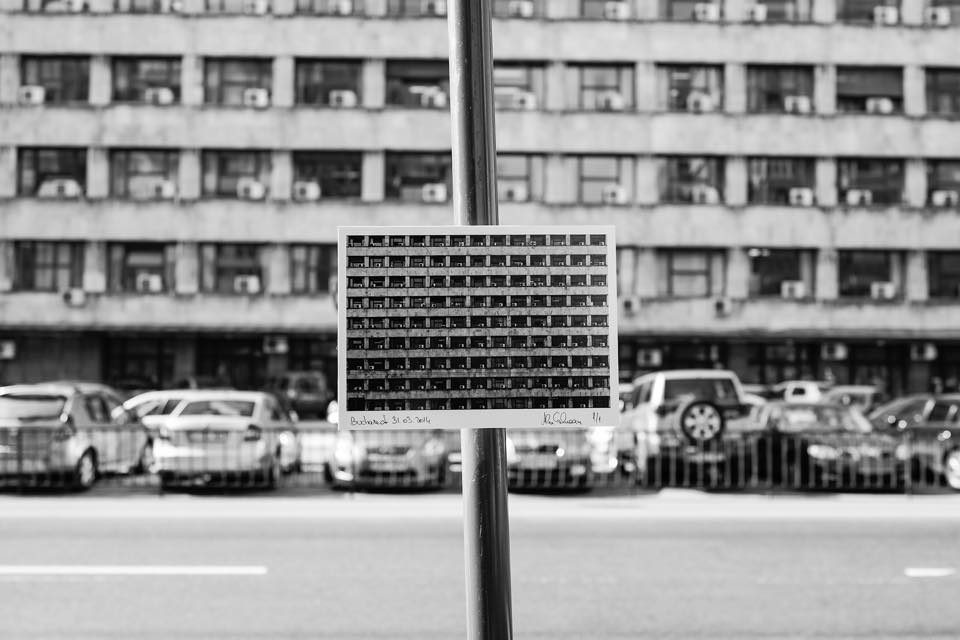 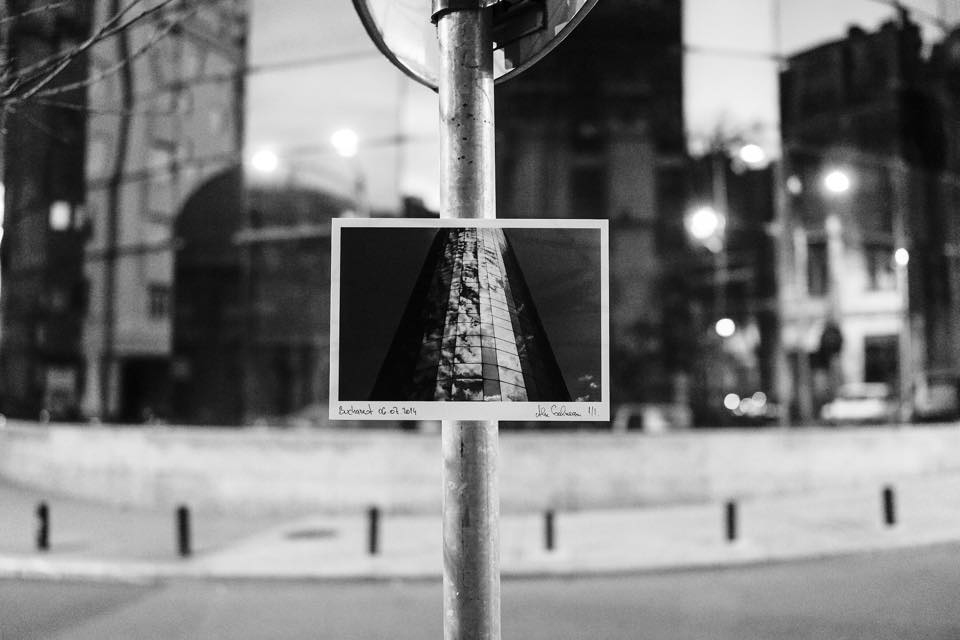 I’m absolutely honoured that people are participating in this so intensively.

Finally, I’d love to know what would you say to a photographer that’s travelling for the first time to Bucharest?

Bucharest is a city full of flaws. It doesn’t behave like an European city — at least not in the conventional way. It’s extremely heterogenous, completely asymmetrical, built in a direction that no one predicted. You can see its history imprinted the same way you see a huge scar on someone’s face. If I were to visit Bucharest for the first time, I would take advantage of this to the max. It’s a city of contrasts — each of these flaws contributes to an absolutely fabulous city identity, that needs to be understood and discovered. 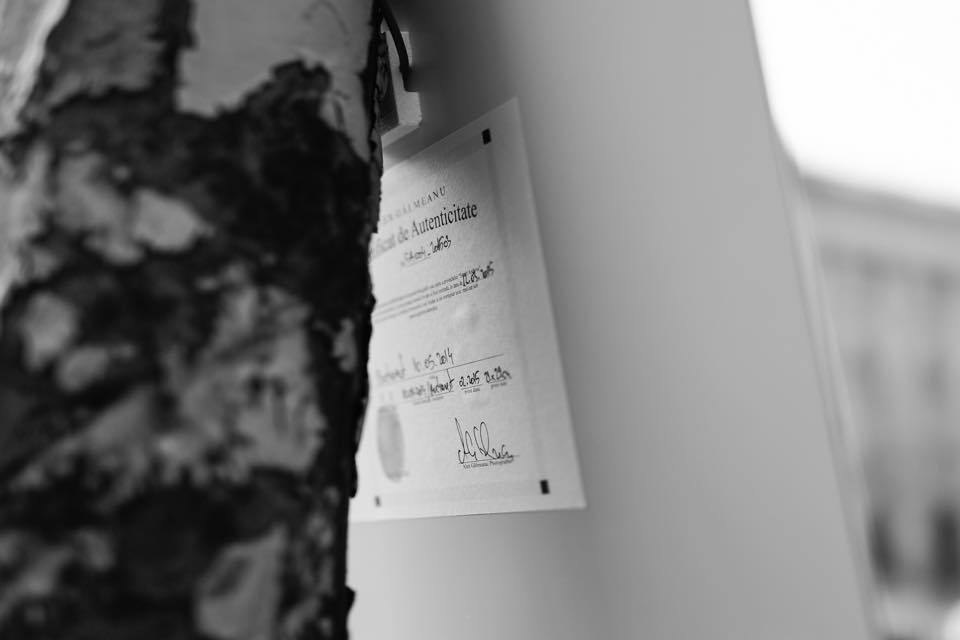 You can find out more about Alex via alexgalmeanu.com and about Muzeul de Fotografie via muzeuldefotografie.ro