"Golan is the energy of Bucharest, filtered through our senses" - Golan is a trio from Bucharest that combines electronical music with instruments such as trumpets, percussions and singing.

They call themselves Golan (romanian: troublemakers), but they are far from hooligans or rascals. In fact, these musicians have a strong academical background to match their eclectic music. Read on, as we uncover the story of Golan, the Bucharest based music band that opened for Parov Stelar and Róisín Murphy.

You went on tour with Parov Stelar and this summer you'll be attending many festivals of electronic music. How did everything begin?

Golan started in 2013 as an electro musical project with Cuban and jazz rhythms. Alex was on holiday in Havana when he heard Ernesto play and he immediately asked him to come and make music in Romania. Alex's professionalism and persistence convinced Ernesto to leave Cuba and come to Europe. Several months later, Mihai joined the project and now the three of them are inseparable. 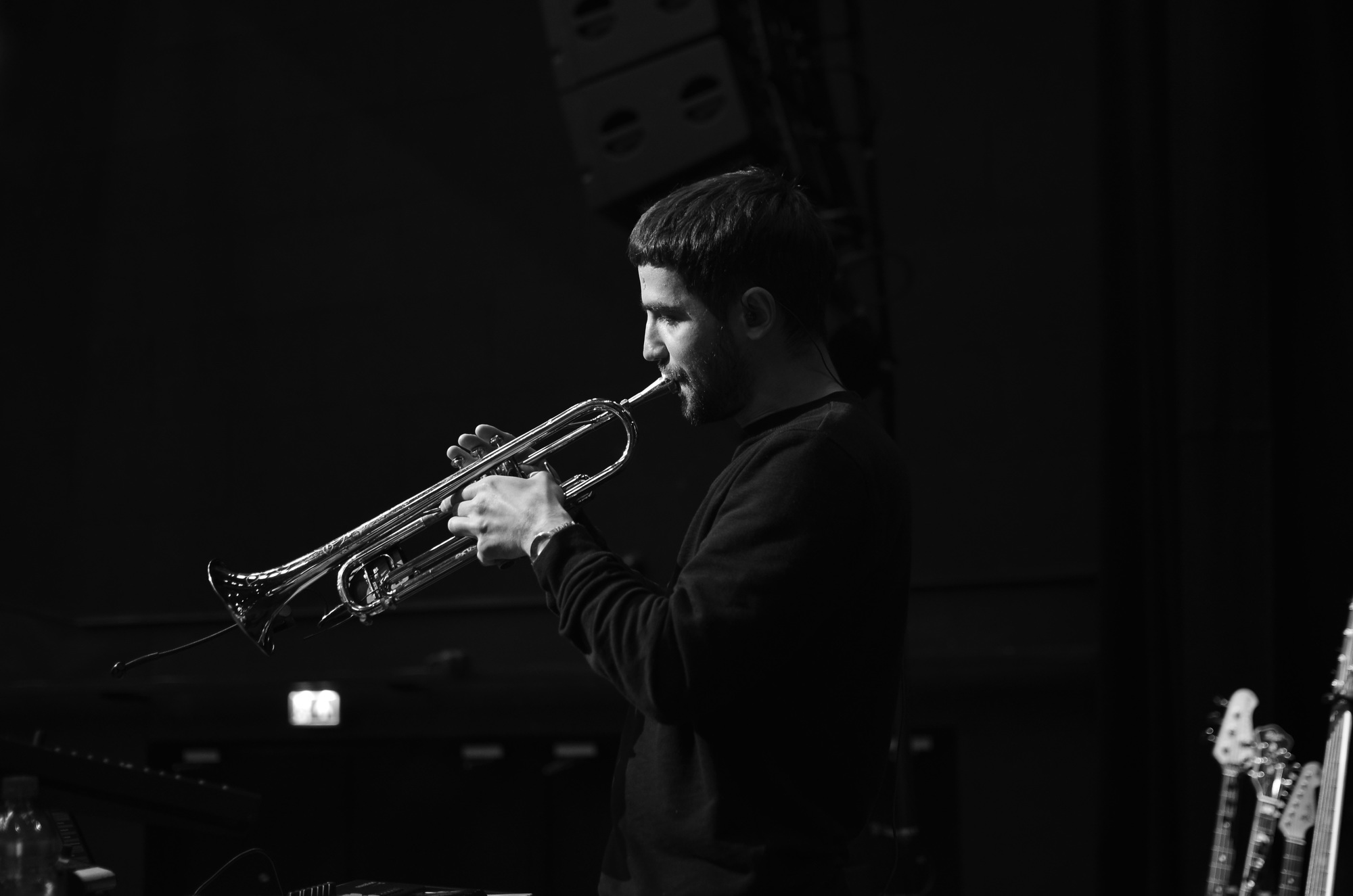 In your shows you bring live instruments and even an orchestra. What makes your music sound so beautifully raw and hauntingly different every time?

We make music without having any kind of pressure or trying to please someone, but ourselves. We just play what we want and how we want it and that's all. This explains the improvisations in our performance, also. We are fortunate our label Etage Noir (the same as Parov Stelar's, AN) gives us complete freedom to express ourselves. Golan is our sanctuary, a project where everybody found himself. Even those who are helping us share our philosophy. 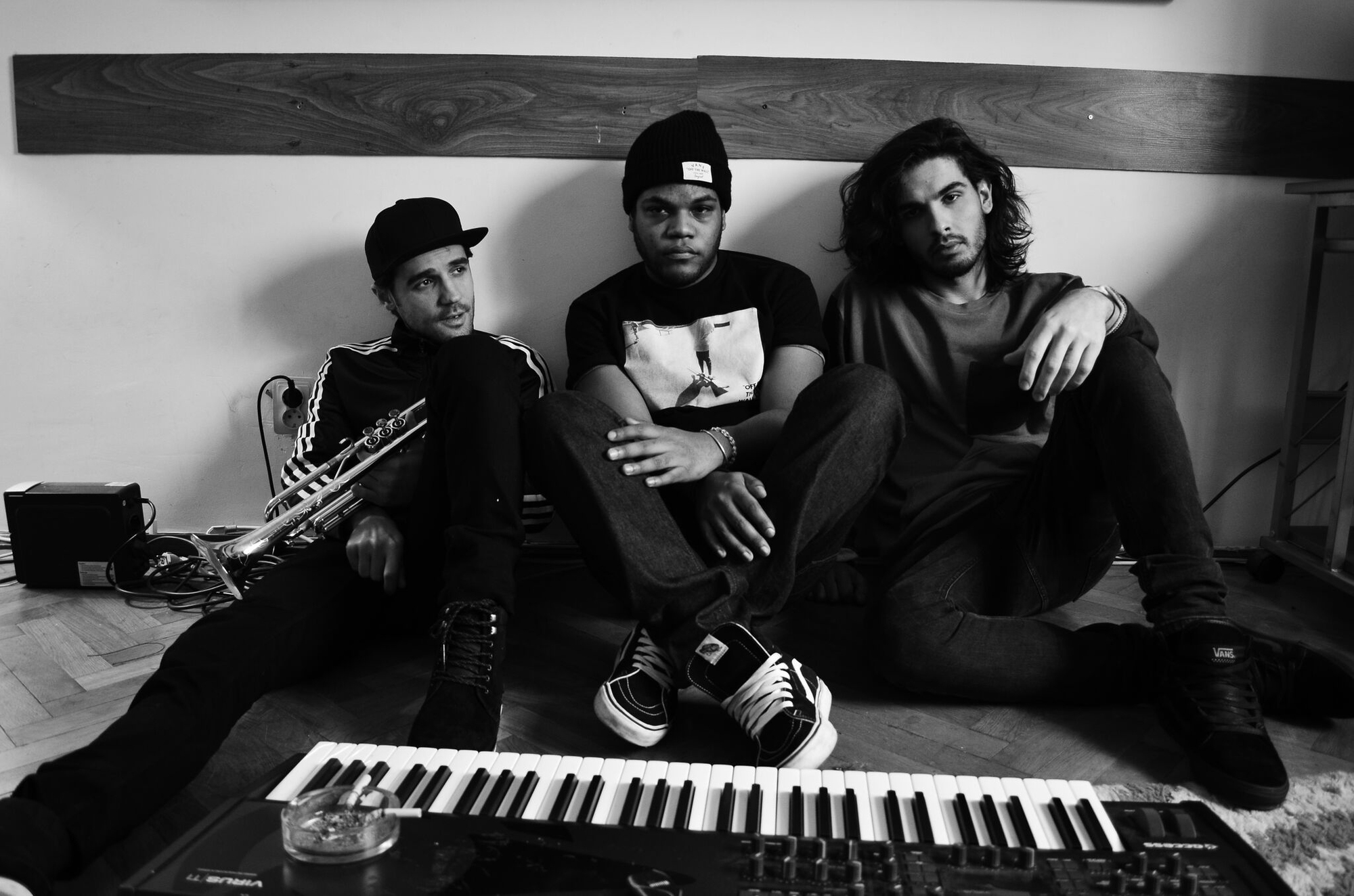 You are very particular of where and when you perform. Why is that?

We want Golan's evolution to be a natural process. We do not want to make the leap into mainstream music artificially, so our listeners are the only indicator of success or fame. Never have we ever called a club or a festival to ask them to let us play there and this way we always took the pulse of our listeners. We can't fool them and we certainly don't fool ourselves. We cannot offer anything else but our music, so over exposing ourselves can alter our journey. 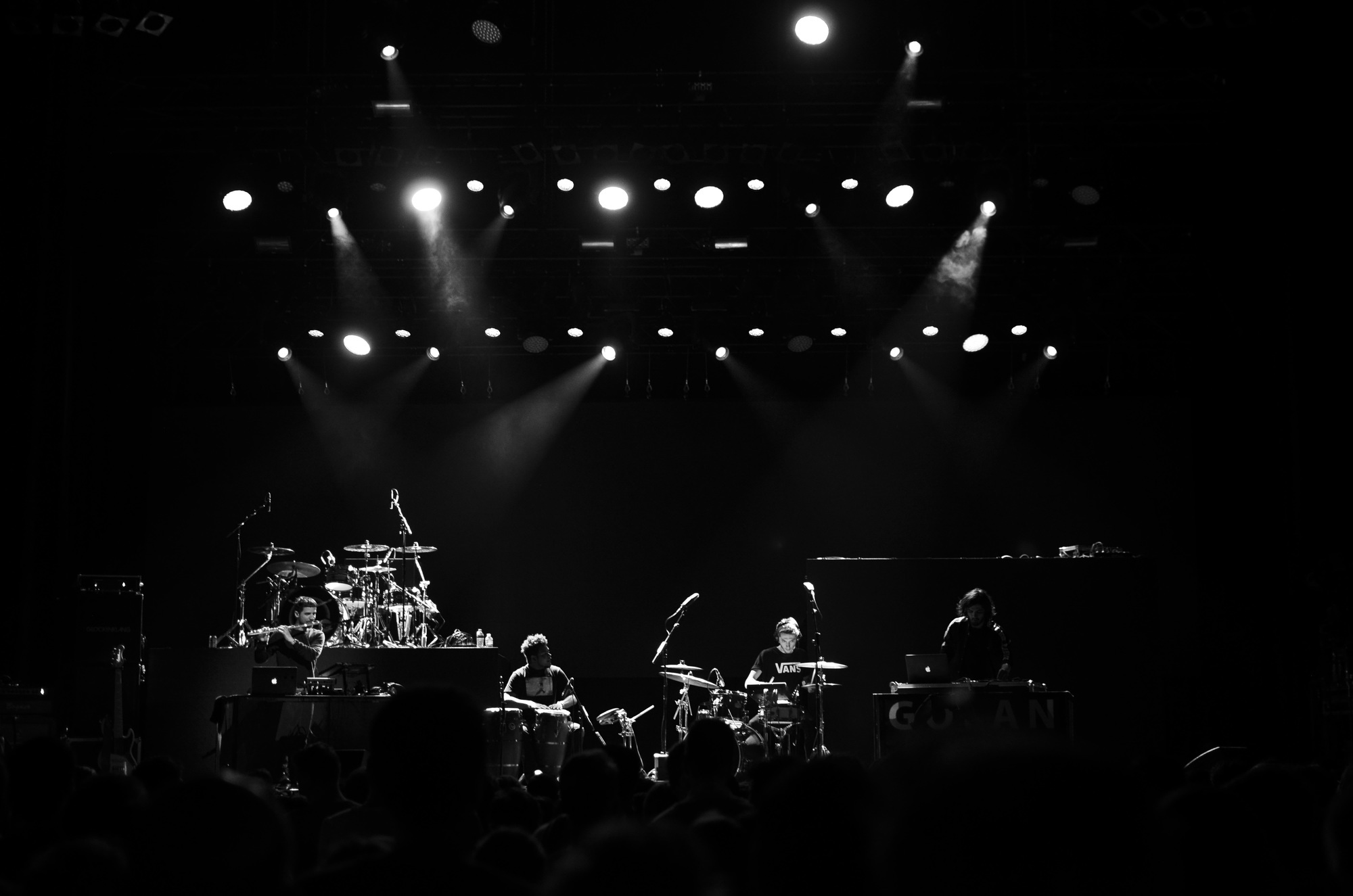 Alex and Mihai, you are born and raised in Bucharest. And Ernesto is here for 3 years now. How and to what extent did this city influence Golan?

This project began exactly from the streets of Bucharest. We used to go to parties where we listened to electronic music and always thought that we should do something that enabled us to take the stage with the artists we listened to. Bucharest offered us a context for our project to grow and thrive and here we refer to venues where we can play and people that like what we are doing. Golan is the energy of Bucharest, filtered through our senses. 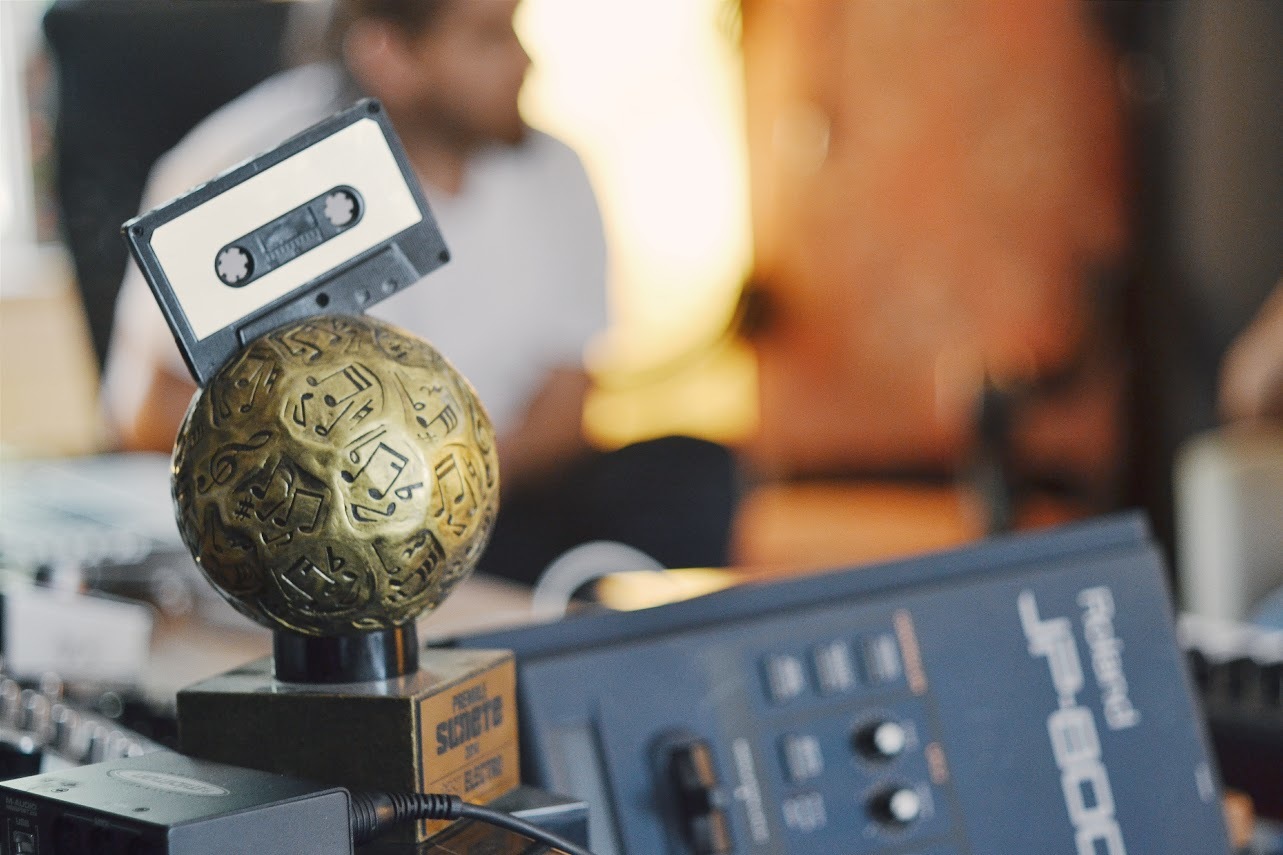 Let's stay here and tell me about the similarities or differences between Bucharest and the other European cities you played in.

Bucharest is a very active city. And we say this after we toured in almost every major city in Europe. We'd like to pause here and say that we were humbled by this whole experience. I mean... we played our music at Alexandra Palace in London and that was a dream come true. Back to Bucharest's music scene, our city can offer the same range of parties, events and artists as any European city known for its nightlife. There are lots of good Romanian artists and venues they can showcase their music in and Berlin is probably the city that Bucharest bears great resemblance to. 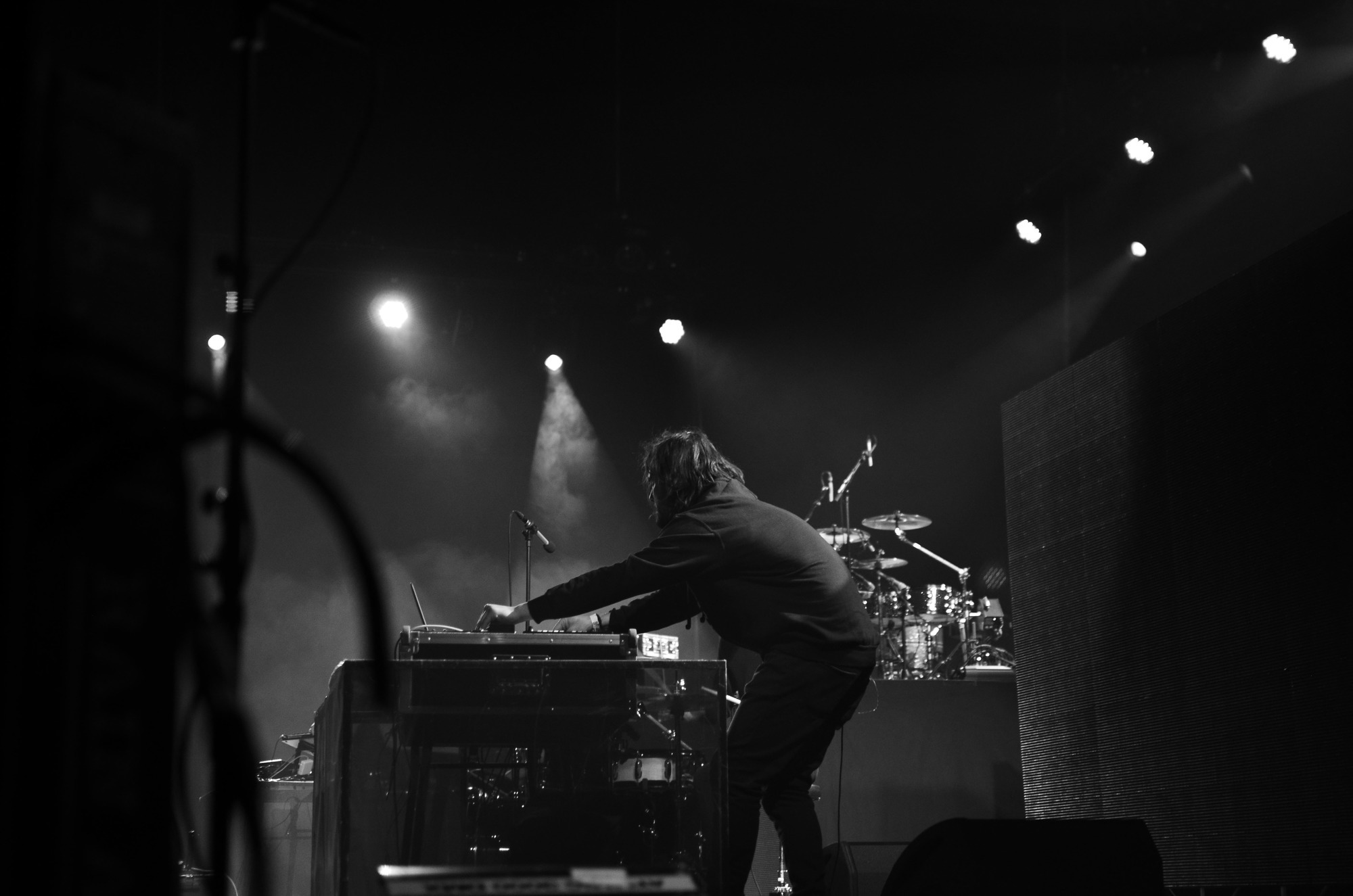 How is your Bucharest and its culture, from your point of view?

People here live and breathe culture: from cinematography to theatres and music, and even what they wear and where they go to eat. I (Mihai) personally go to art galleries as MNAC (inside the Palace of Parliament, AN) or go see a play at Godot Cafe. We get most of our inspiration from the clubs we go to, like Control or Eden and many more. Bucharest has a good vibe for electronic music. 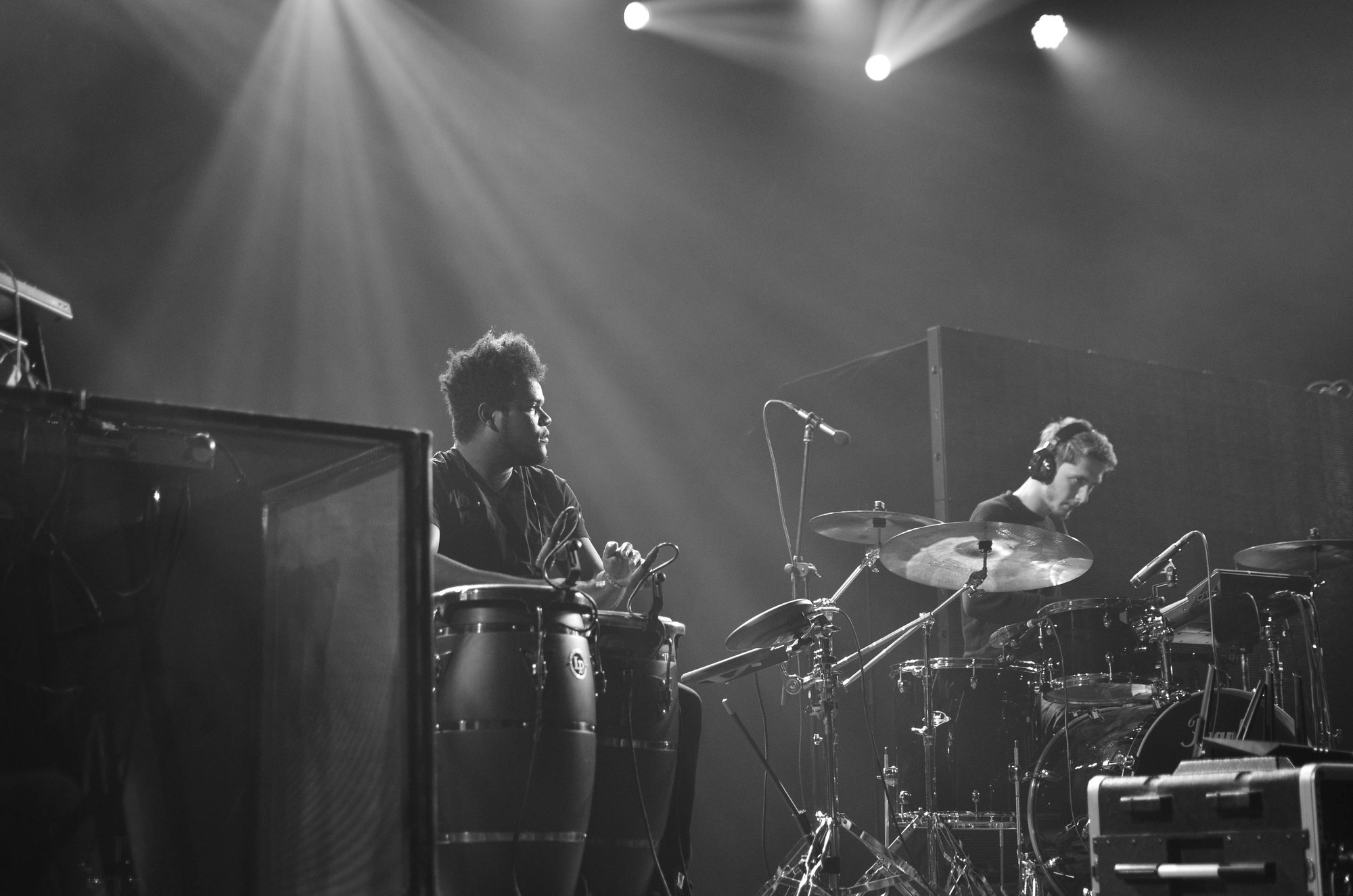 And what about you, Ernesto? What does a Cuban guy find to do in Bucharest and how is your Bucharest?

I like to play ping-pong (chuckles). When I'm not making my own music, I like to listen to Brazilian or jazz music. There are many places where you can go and listen to ambient jazz music. Bucharest is similar to Havana in many ways, for example the people here and the architecture. The freedom I have here is what I like the most. The music gave me a second home.

You personally handle all your social media communication. How do you manage to do this, all by yourselves?

Easy. If someone, anyone, writes us, we are happy to engage in a conversation with him. After all, it's about a project we love, a passion of us. And, why not, we like to stay in touch with our listeners because without them we'd played for ourselves. 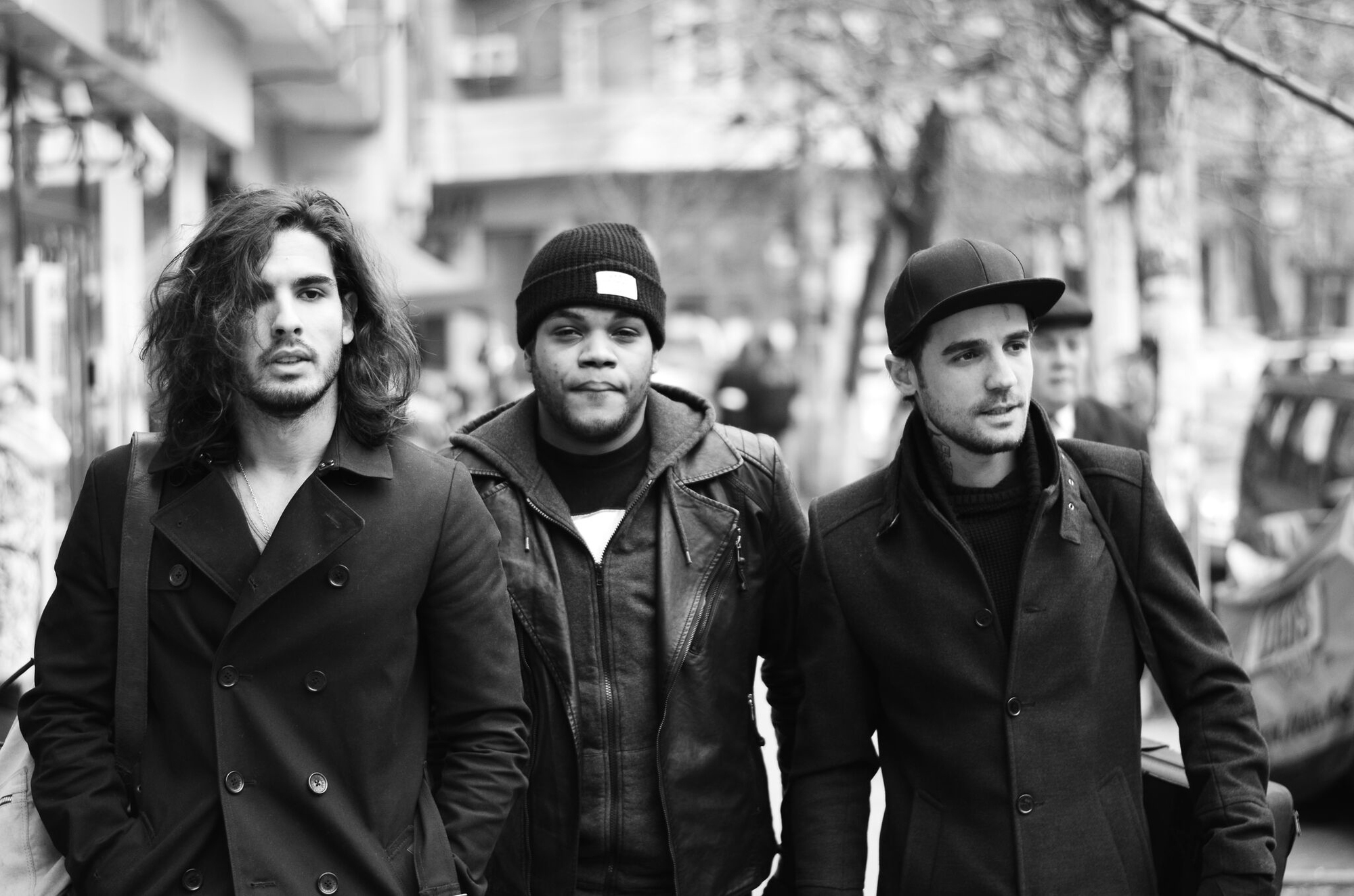 Is it cool to go and see Golan play?

We don't think so (chuckles). We don't consider ourselves to be that cool. Everything is simple with us. We just make music, without taking into account trends. We wear black t-shirts in our concerts because we don't know how to dress on stage, what the appropriate attire is. We can give you examples of cool music bands, if you like. Our focus is solely on our music. We hope our music is cool.

What's next for Golan?

Next year we will probably go on tour once again with Parov Stelar. But right now we are working on our first album, which will contain all our songs and some new ones. We also shot a new video here, in Bucharest, but we don't have a song for it. We had one, but we changed our minds and now we are making a new one, that would be a better fit. We want our videos to be extremely visually connected to the audio.

Tell me one word that should summarize the sound of Golan.

Three young musicians who talked with passion and modesty about them and their music, that was Golan. It was hard for me to choose just a few videos, but here are my recommendations:

Photos by Golan and Mihai Surdu