Haute couture junk food, reinvented super salads, grasshopper spring rolls, you name it Amsterdam has it. One person who doesn’t get swayed by food hypes is - cookbook author, culinary journalist and owner of De Kookboekhandel - Jonah Freud. She just released a very special cookbook in collaboration with the Rijksmuseum, bringing native Dutch ingredients back to basic…

Everyone is born with his or her own quirk. According to Jonah Freud she was born with the ‘malfunction’ of having a cookbook tick. She started working at De Kookboekhandel when she was just 14 years old and didn’t even want to get paid for it back then. Years later when she became a mother and was working in a kitchen, rumor had it that Johannes van Dam wanted to get rid of the Kookboekhandel. Jonah took over and has been the reigning cookbook queen of Amsterdam for the past 27 years. I got to visit her shop in de Haarlemmerstraat to indulge in her food for thought… 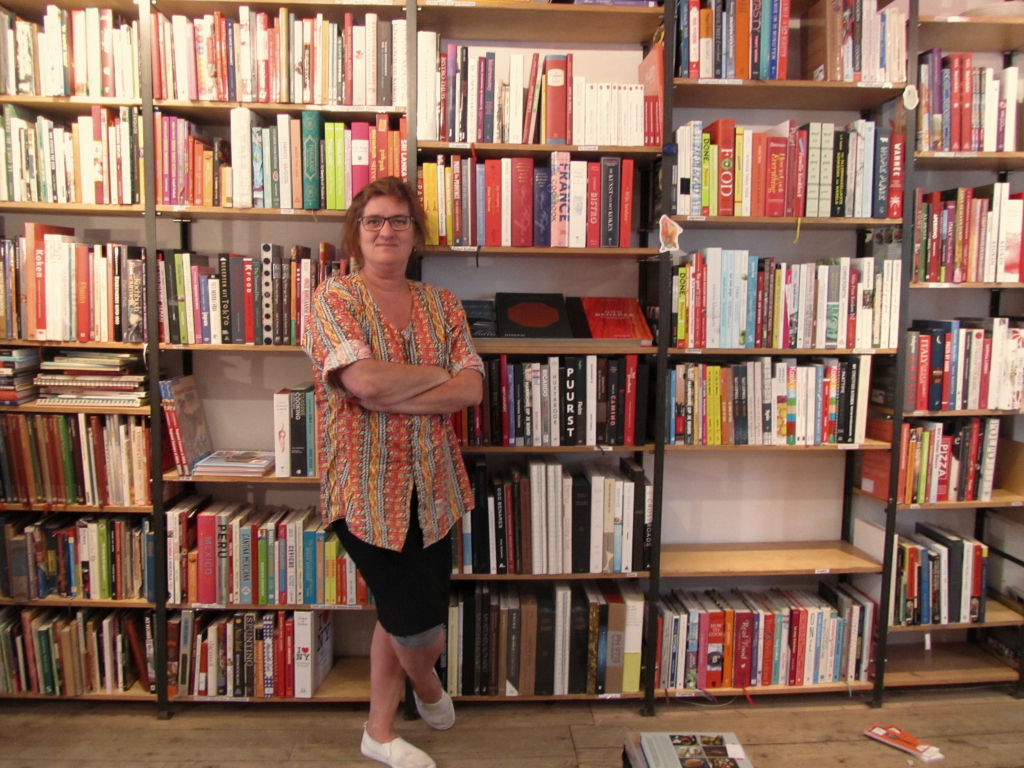 Hi Jonah, you’ve been running De Kookboekhandel for 27 years now you must have experienced all of the city’s food trends…

There’s always a hype around a certain type of food.


“Food trends have turned into something hysterical, when food is actually the most normal thing there is. Everyone in the world eats, everyday.”

Fads are continuously being created. To me culinary delights could be as simple as andijvie stampot as long as the food has been prepared with care.

I never do groceries at the super market, they add sugar and other rubbish to almost everything. I’m aware that I’m privileged and rather spoiled in the sense that, though I don’t go to restaurants out of my own initiative very often, I receive a lot of invitations as a culinary journalist so I get to go to a lot of places. But frankly I’m disappointed by the food 70% of the time. I don’t care about the trend, I’m very much about normal food. But somehow in this country people feel they count when they can talk along about certain restaurants or food hypes. 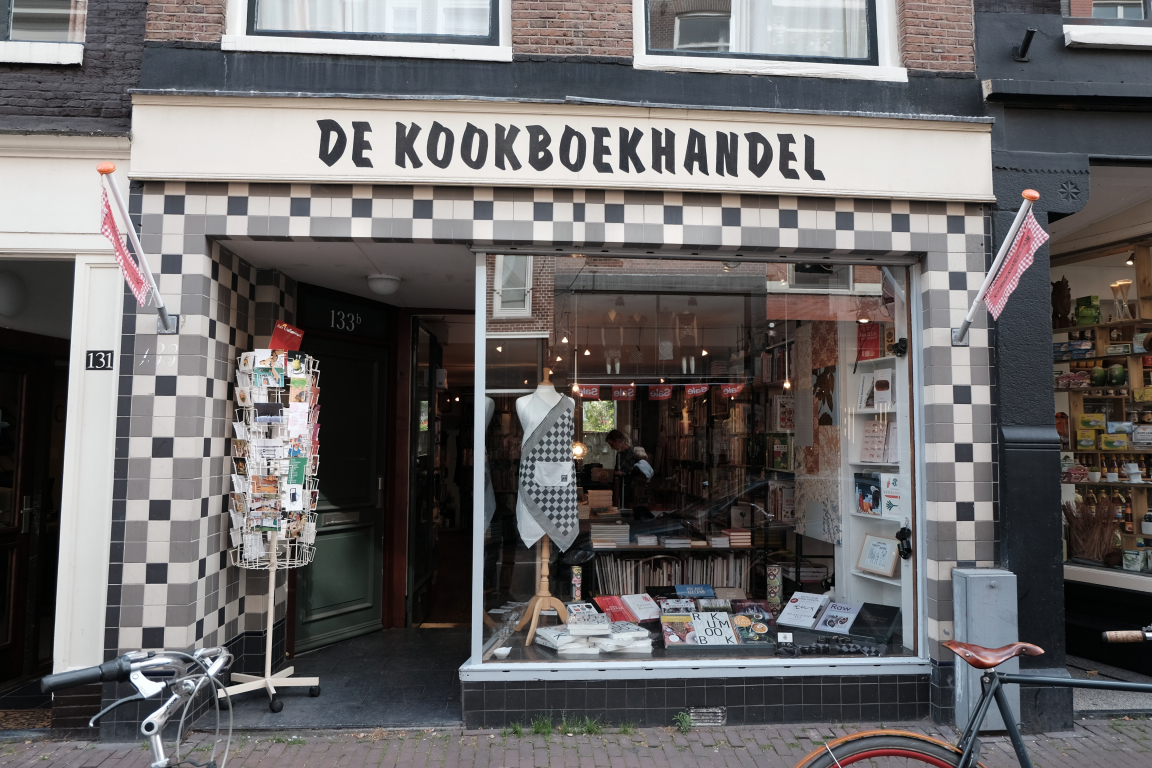 That doesn’t sound very promising, what are good restaurants according to you?

I mostly go to low profile restaurants that use good ingredients like Cafe Amsterdam or de Gouden Hoek which is the best fish restaurant if you’d ask me. They prepare everything with fresh ingredients. And otherwise I go to a really good fine dining restaurants. It’s either or but there’s not much in between these two segments that’s very satisfying. As a culinary journalist I would love to see more reviews about great restaurants that have been existence for a long time. I mean De Goudfazant has been here for 10 years and they’ve been top of the bill for 10 straight years. 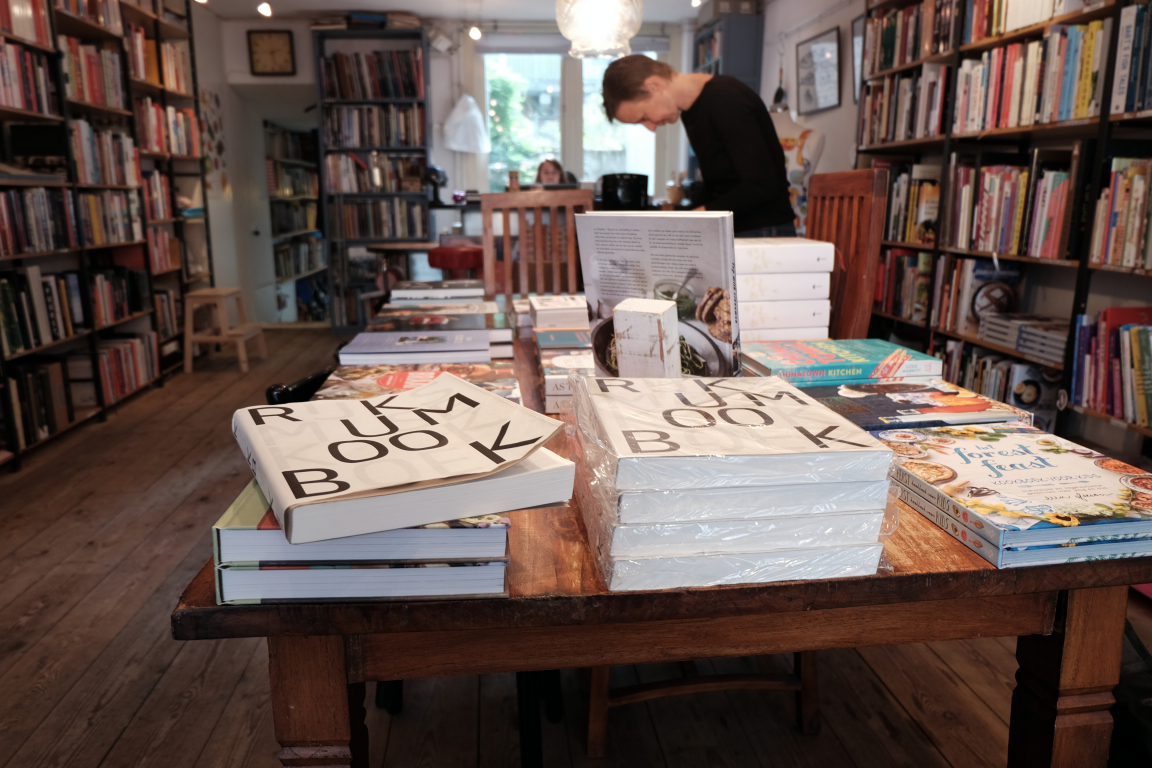 What is it that you want to give your customers?

I personally don’t care much about healthy cookbooks. Everyone with a sane mind knows damn well what’s good for your body and what’s not. In fact when someone walks into my shop asking for a Rens Kroes book for their 18 year old niece, I won’t sell it to them. I’d shove the Vegetable Bible into their hands and tell them they can come back for Rens Kroes once that niece has mastered the basics like cooking green beans.

That’s how strongly I feel about learning how to cook normal food first. People these days say ‘youngsters don’t learn how to cook from their mother anymore’. That’s just the biggest nonsense! Has your mother ever put you in the kitchen and said here’s how you peel a potato? No, 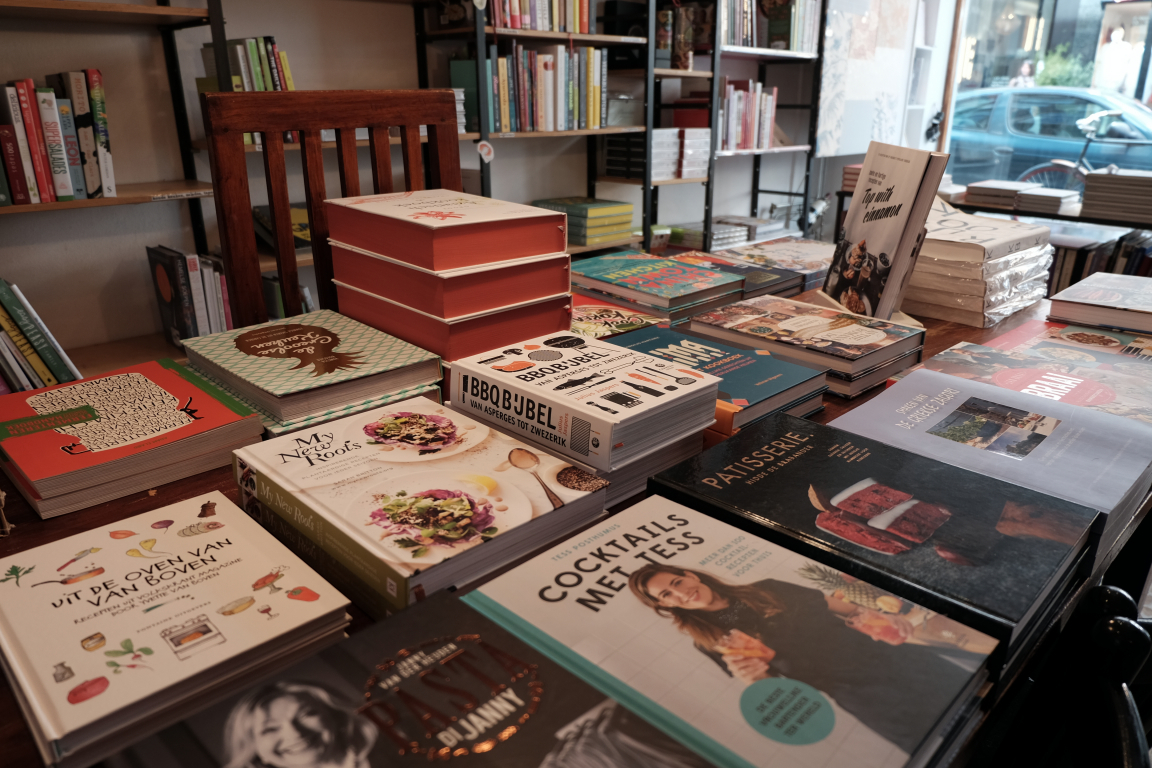 You’ve also released quite some interesting books yourself, your latest one is truly a national cookbook gem. Please do tell us about the Rijksmuseum Cookbook…

It’s the kind of book that you will only do once in your lifetime. Because it was commissioned by the Rijksmuseum I could go all out and make sure to get it right on every aspect. It took me a year and a half to eventually finish it. I took 50 Dutch ingredients and assigned all of the individual ingredients to 50 Dutch chefs both young upcoming talents as well as seasoned top chefs such as Benny Blisto or Robert Kranenborg and I asked them to be inspired by the ingredients.

They created beautiful recipes, but since chefs generally don’t have the ability to simplify recipes in a way and language that normal day-to-day home cooks would understand it I had rewritten the recipes. Then we started looking for artworks in of the Rijksmuseum that would go along with the recipes. And sometimes that asked for a free interpretation. For example we couldn’t find any paintings portraying cranberries, so we took paintings depicting Terschelling which is where cranberries originally come from.

Also the paper used for the book is really special. Irma Boom who designed the book used a type of paper that reminds you of baking paper. It’s really an authentic Dutch cookbook with 130 recipes and over 900 images from the Rijksmuseum. 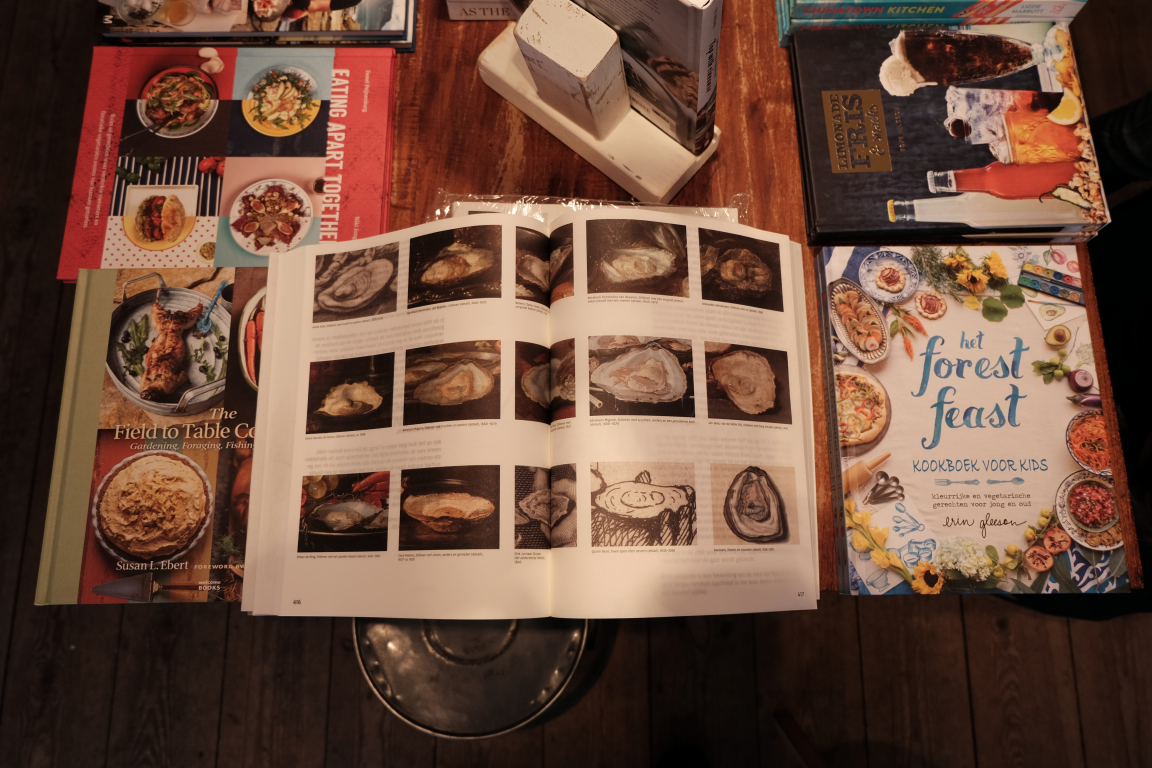 I wasn’t too much aware that we really have a Dutch kitchen, or even an Amsterdam kitchen for that matter. What would be typical Amsterdam’s?

The Dutch kitchen is part of our cultural heritage. Take roggebrood which used to be the most important type of nourishment for the Dutch until end of the 19th century. And ossenworst (raw ox sausage) is typical Amsterdam’s and you couldn’t get it anywhere else but in Amsterdam. And as a ‘Jewish city’ we inherited some Jewish dishes here as well such as kibbeling.

Other Dutch cookbooks I collaborated on were with Cees Holtkamp on De Banketbakker ‘The Pastry Chef’ (which won a special jury award at the 2012 World Cookbook Awards) Holtkamp is a renowned Amsterdam family company and patisserie run by the Holtkamp’s since 1969. And ‘Lekker Joods’ a Dutch Jewish recipe book in collaboration with the Jewish Historical Museum in Amsterdam. The Jewish kitchen is close to my heart because it’s my background. 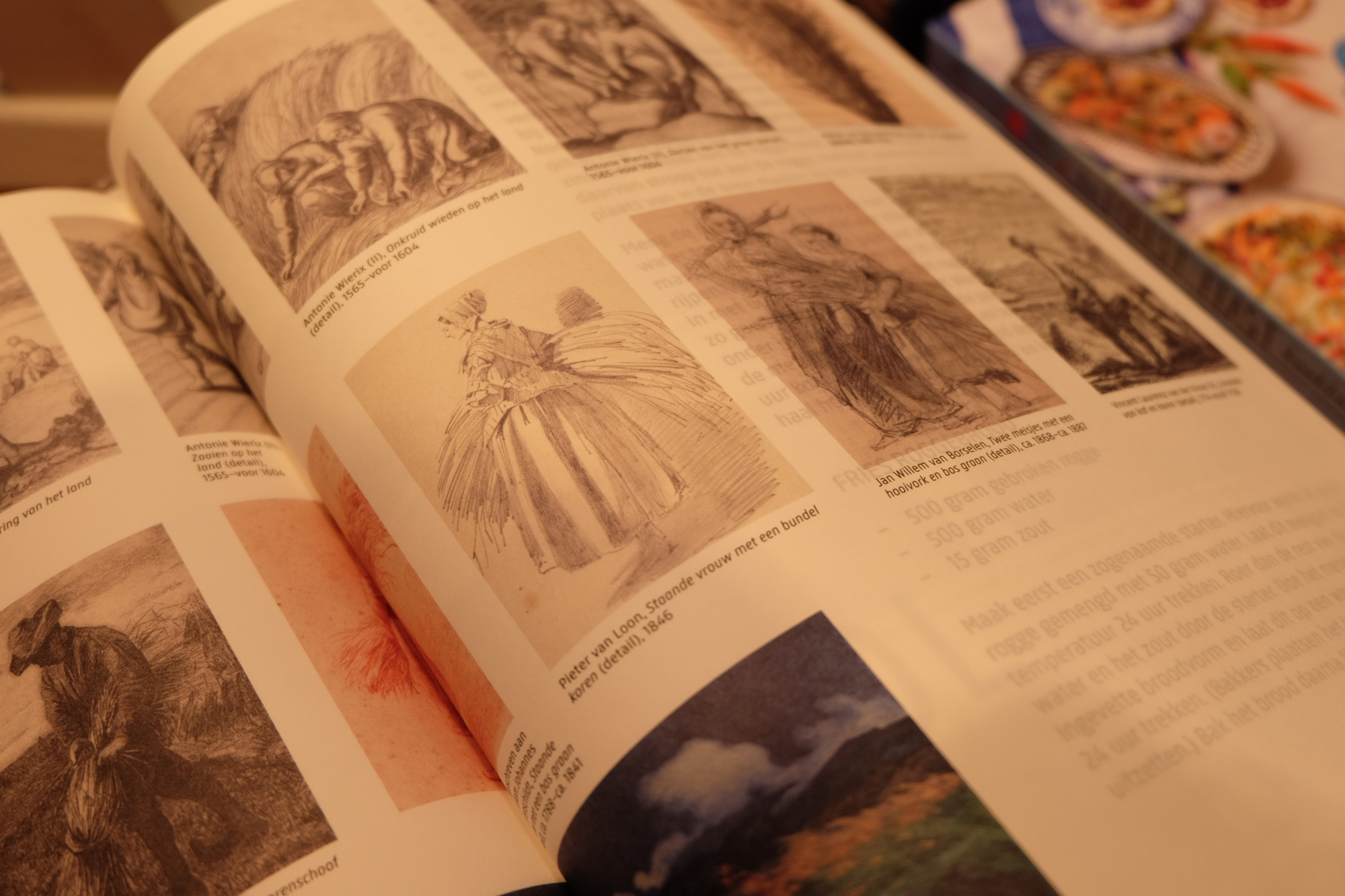 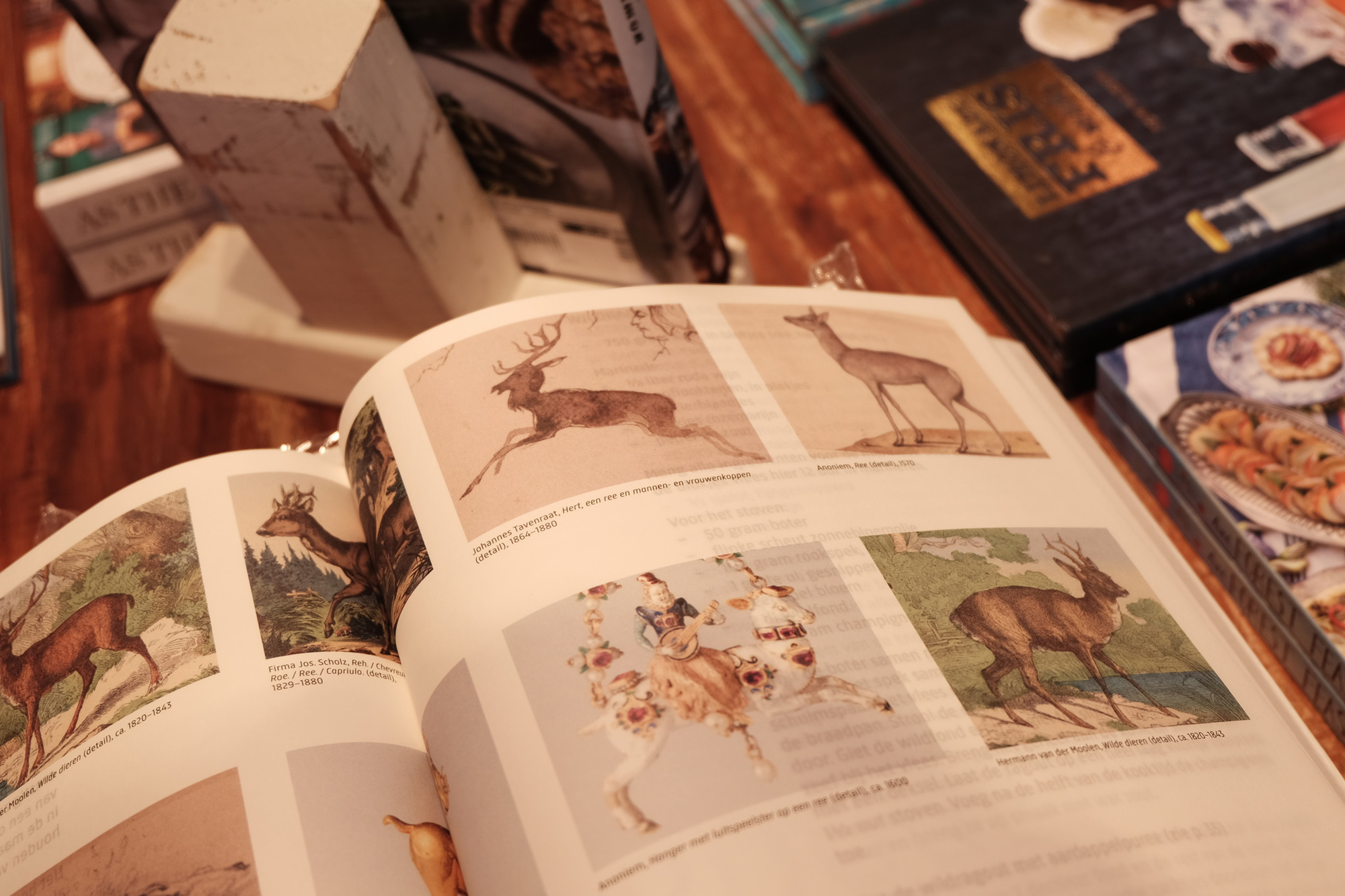 How does Amsterdam stand out in the culinary scene compared to other places?

Mainly by its diversity and creativity in both dishes as well as concept. A good example is Rollende Keukens which started out with just 10 local food trucks. It began with Mr. Kitchen and Koen from West Pacific restaurant and they would do the most idiotic things, well idiotic in a good sense. And now we have food truck festivals throughout the entire country, it has become a massive thing.


"The downside is that people think it’s an easy way to make money and it negatively affects the quality of the food. When the mass is jumping it kills the creativity."

Lastly as the cookbook queen of Amsterdam, what is your favorite?

There’s one for each kitchen, but if you would hold a gun against my head I would have to say ‘The Jewish Kitchen’ by Claudia Roden. I think she is one of the best cookbook authors, if not, the best. Claudia takes recipes from the Jewish kitchen from all over the world. She writes about the history of it, and the anthropological and social aspect behind the recipes. I really feel connected with that book. 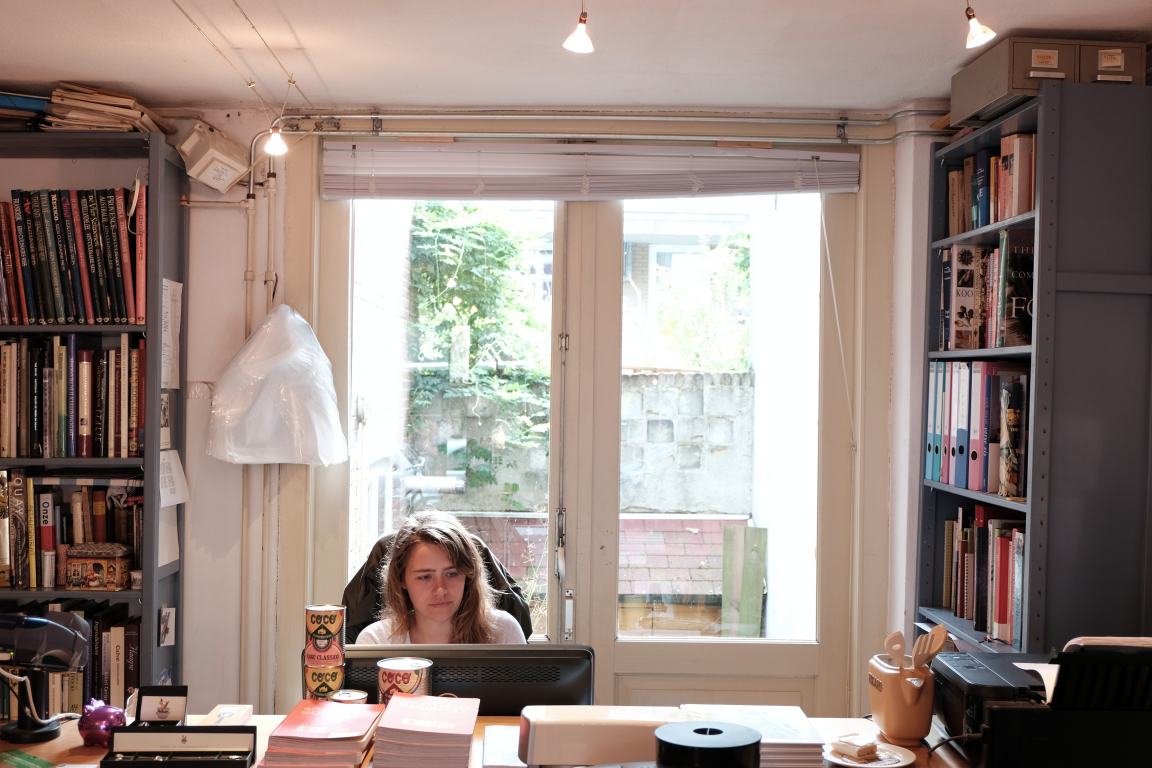 Jonah, it was a pleasure talking to you. The Rijksmuseum Cookbook will be available in English this month. Drop by De Kookboekhandel to get yours!