Răzvan Mazilu is famous for being a dancer, but he is a talented allrounder in the Bucharest art scene.

First time meeting one of the best dance perfomers of our time, Răzvan Mazilu triple: Check!

Now let's dance our way through his story... 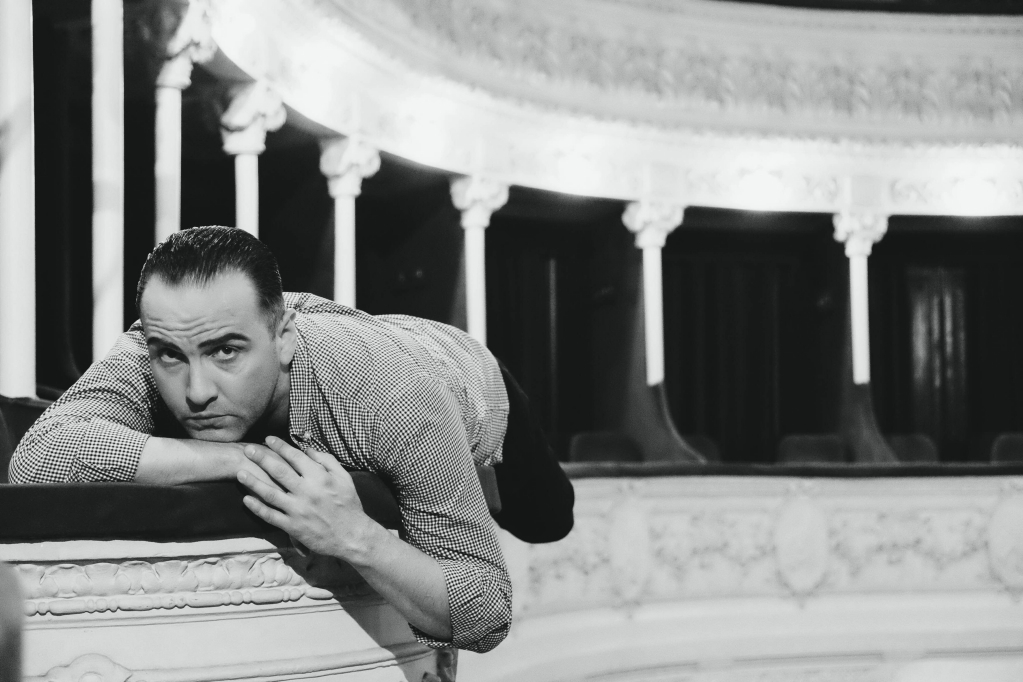 All of that (smiling). Nothing is impossible. You just need the courage to start something, anything. I like living in my own dreams. Right now I'm working on putting musical as a genre on the cultural map of Bucharest. I did it with West Side Story (2014) and I'm still doing it with Mon Cabaret Noir (this Fall also, at Teatrelli). I am not scared of the mainstream scene, since the place for contemporary dance is in the mainstream.


"I like the complicity between the ones on stage and the public. The stage creates the illusion and the public chooses to believe it."

You are our local hero for Bucharest's dance scene.

I don't know about that but I always tried to do things my way and I keep on doing so. I've been lucky, but I also think I stubbornly brought the luck into my own life. Despite being part of the International Ballet Competition in 1996 and receiving the Opéra National de Paris Award for Interpretation, I decided not to stay in Paris after all. That was my aha-moment and I sometimes ask myself "what if?", but I don't regret the decision I made. Regrets are pointless and stifling, more so for an artist. You wonder, yes, but here all my dreams came true in form of projects and shows, so I'm grateful. 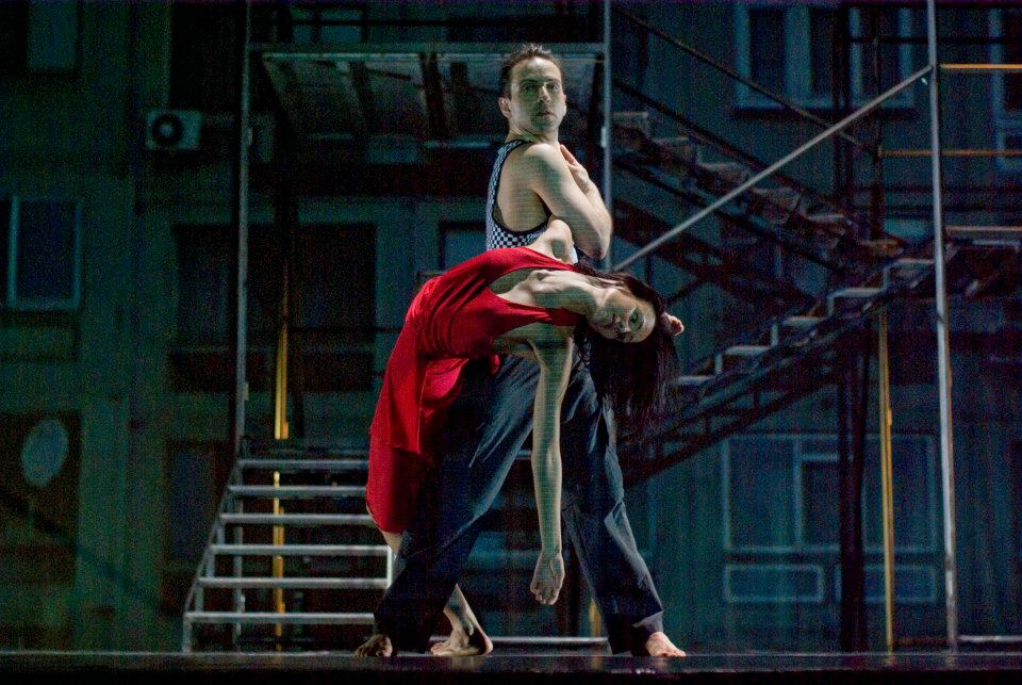 What is your personal relationship with Bucharest?

Like a rollercoaster (chuckles): up and down at staggering speed, sometimes with my head upside down and feeling dizzy because I can't understand this city. But I'm always searching for beauty. I'm an artist. I like to surround myself with beautiful people and things.

You always danced. What else did you like to do, if you weren't a dancer?

A painter. I still draw, but not as much as I used to. And a vet doctor. I love animals, but I couldn't bare the thought to see animals suffer in front of my eyes everyday. As a performer, animals do inspire you. Let's take cats as an example. The way they react, their movements and even their way of being a cat can inspire you as a choreographer. 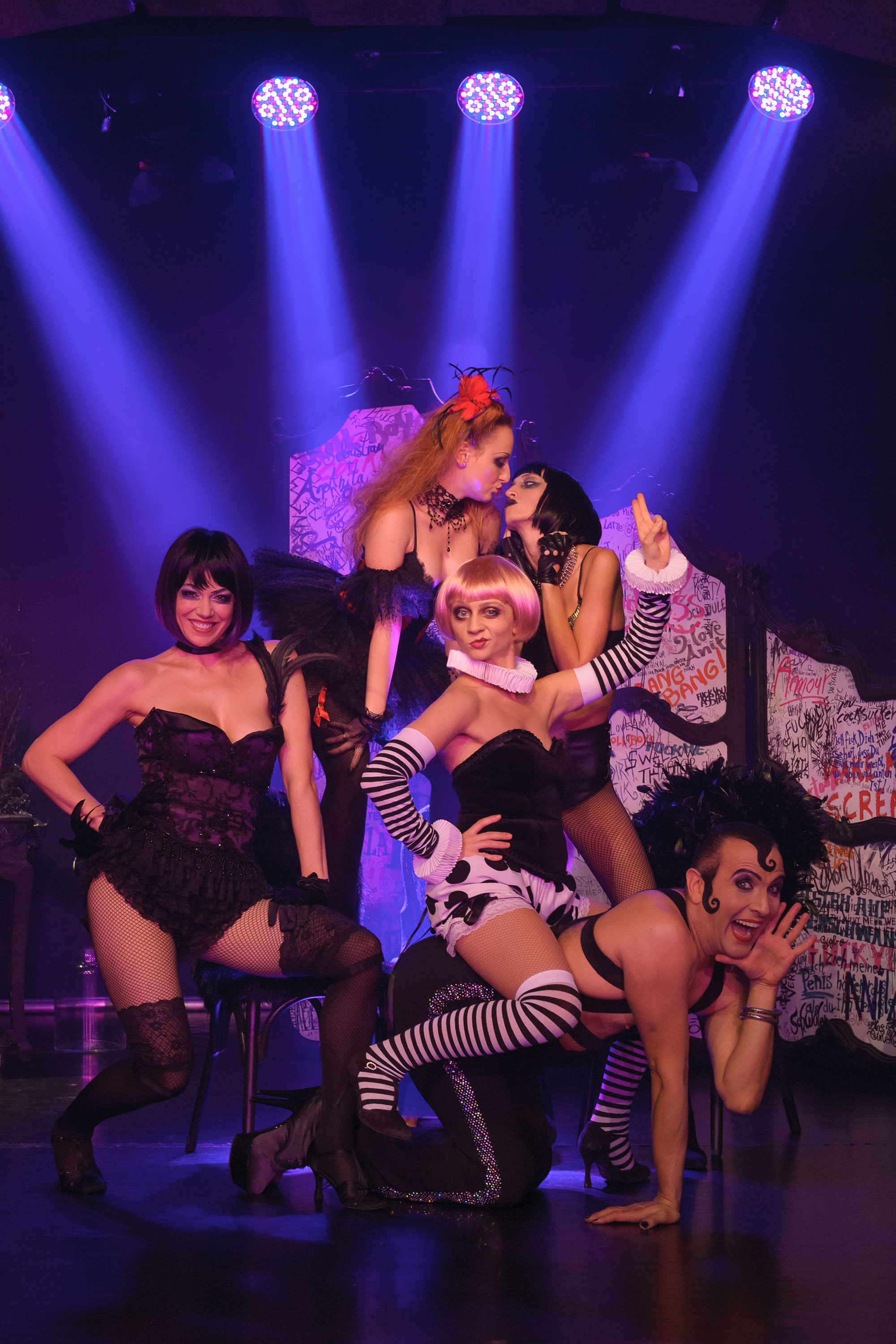 What else inspires you?

The young people of Bucharest. For Urban Kiss and West Side Story I was inspired by them. I get my inspiration from watching them street dancing or dancing in clubs. I go to clubs like Eden or Control to see them dance, not to steal some moves, but to get their mood while dancing. Parkour is another source of inspiration for me. Their courage. Not knowing how you'll grip a steel bar or land on a concrete block is very interesting.

I like the urban feel of movement. I even danced on the streets. I think one of the best experiences I had with dancing was a few years ago on the streets of Timișoara. Live performances bring life to a street and people are attracted to them like moths to a flame. As a performer you are scared. Scared of not knowing how their reactions will be. But fear disappears when you see the joy on their faces at the end. And fear is such an interesting feeling to experience while dancing...

Do you think the Bucharest people are a receptive audience for shows as the musicals?

Yes. People are receptive to great shows, no matter the genre. Every show is sold out and it's great. 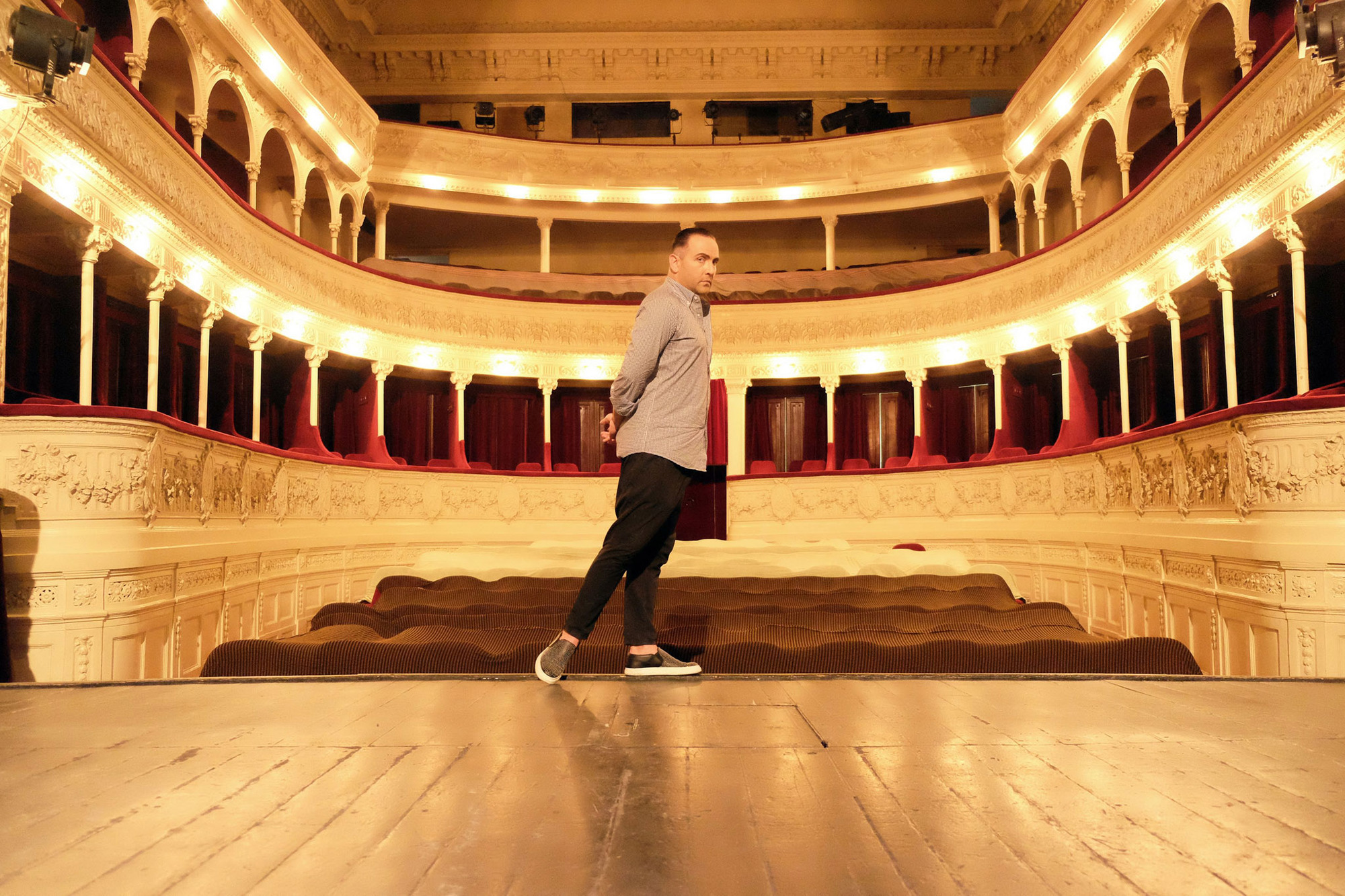 What other shows would you like to bring here?

Tough question. There are so many... But to narrow them down somehow, I'll say that I would like to bring here shows that I can put my mark and own vision, not the franchise ones. It's important to choose a title that would be of interest for the Bucharest people. Something that resonates with them at some levels. We still have a lot to do in this field. I wish we had a real tourism industry dedicated to showbusiness, to come here as a tourist and not know what to choose to go see on a Friday night.

Let’s talk about something else you can bring. Can you still bring something new as an artist?

No. Nothing is original anymore. Not in life, not in art. The fire has already been invented, if I can say so. We repeat, adapt, transform and modify how we feel it, but that's it. In the contemporary dance reinterpretation is an art in itself. I'm now transitioning to directing. It's more "intellectual", more cerebral. Dancing is more visceral. 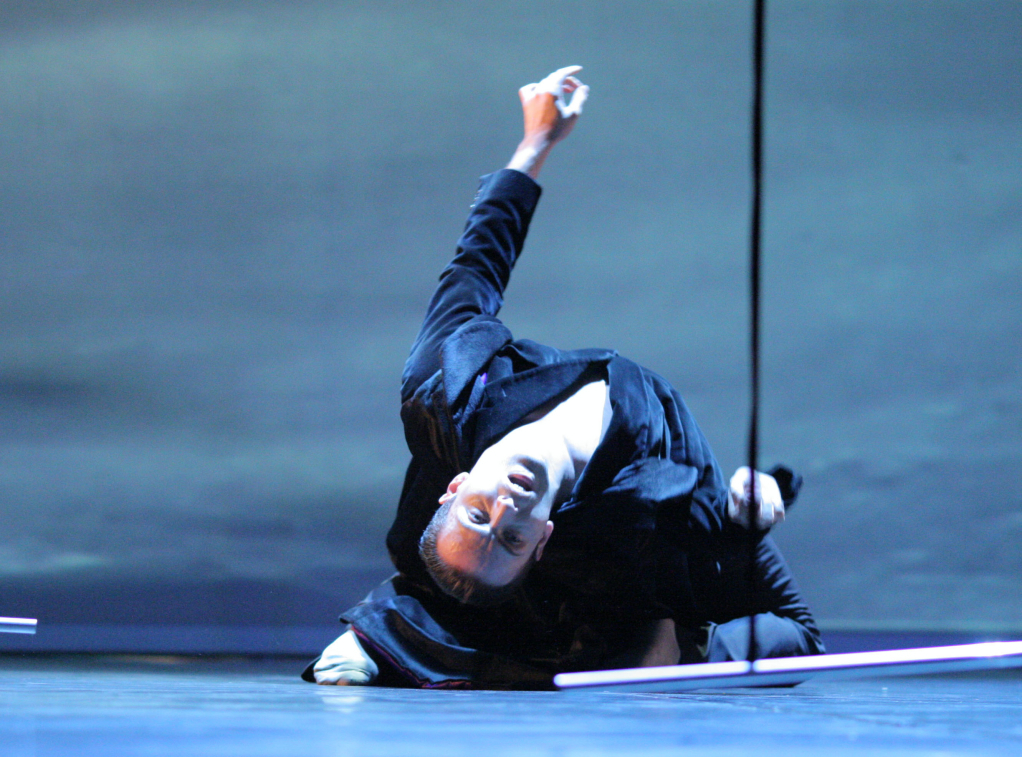 Do you feel more creative as a director?

Yes, just like that. I feel I can do more creative things as a director. I can impose my vision on others and see how they respond to it. And also see how I can take my ideas from my head to their actual moves. I like watching this process. As time goes by I like more a certain rigour and discipline, with as few errors as possible in my shows. As an artist-turned director, I always strive for perfection.

This is virtuosity in art: thinking what you or the others feel, not only letting your own feelings sinking in. Still, not every show is the same. Maybe the audience can't see, but I always see the slightest difference. It's normal. We're human. We're not some kind of a device you can plug in, push a button and press play for an expected move. Probably my internal rigour and meticulousness makes my relationship with Bucharest feel like a rollercoaster ride. Bucharest is a Balkanic city with sometimes a laissez-faire attitude towards things. But happy, always happy, like most of Goran Bregovic songs. 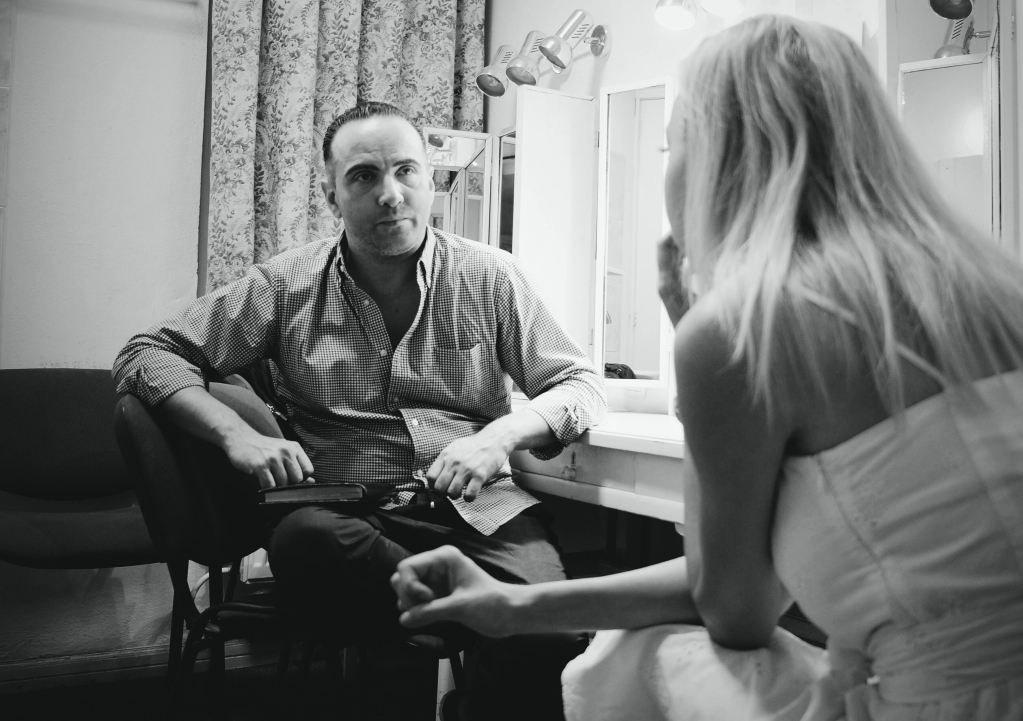 What an interesting way to describe our city... But before I ask you my favourite question from this interview, tell me about your upcoming shows.

The Jungle Book at the German Theatre of Timișoara, for kids and older kids, and the musical Woman on the verge of a nervous breakdown, based on the Pedro Almodóvar's movie, at National Theatre of Târgu Mureș. And this Fall again, at the Odeon Theatre, Mon Cabaret Noir.

I'll come for sure. Now the question I was dying to ask... if Bucharest was a dance style, what it would have been?

A wedding hora. An asymetrical dance, with drunk and sober people dancing, with good dancers and not so good ones, with dancers following the rhythm of the music and with some who don't. But in all that chaos I described, everyone seems happy and energetic, each and everyone of them seizes the day like there is no tomorrow. That's Bucharest.

I would have made a conclusion to this interview, but what else can I say after this but...Ladies and Gentlemen, Răzvan Mazilu!