Imagine a dark and dreary Amsterdam China town mid 90’s; red lights are being reflected in the puddles, you’re running out of high and desperately looking for a street prostitute to hook you up with a dealer in charge of the best dope in town. That used to be the life of Richard, one of the Amsterdam Underground tour guides… 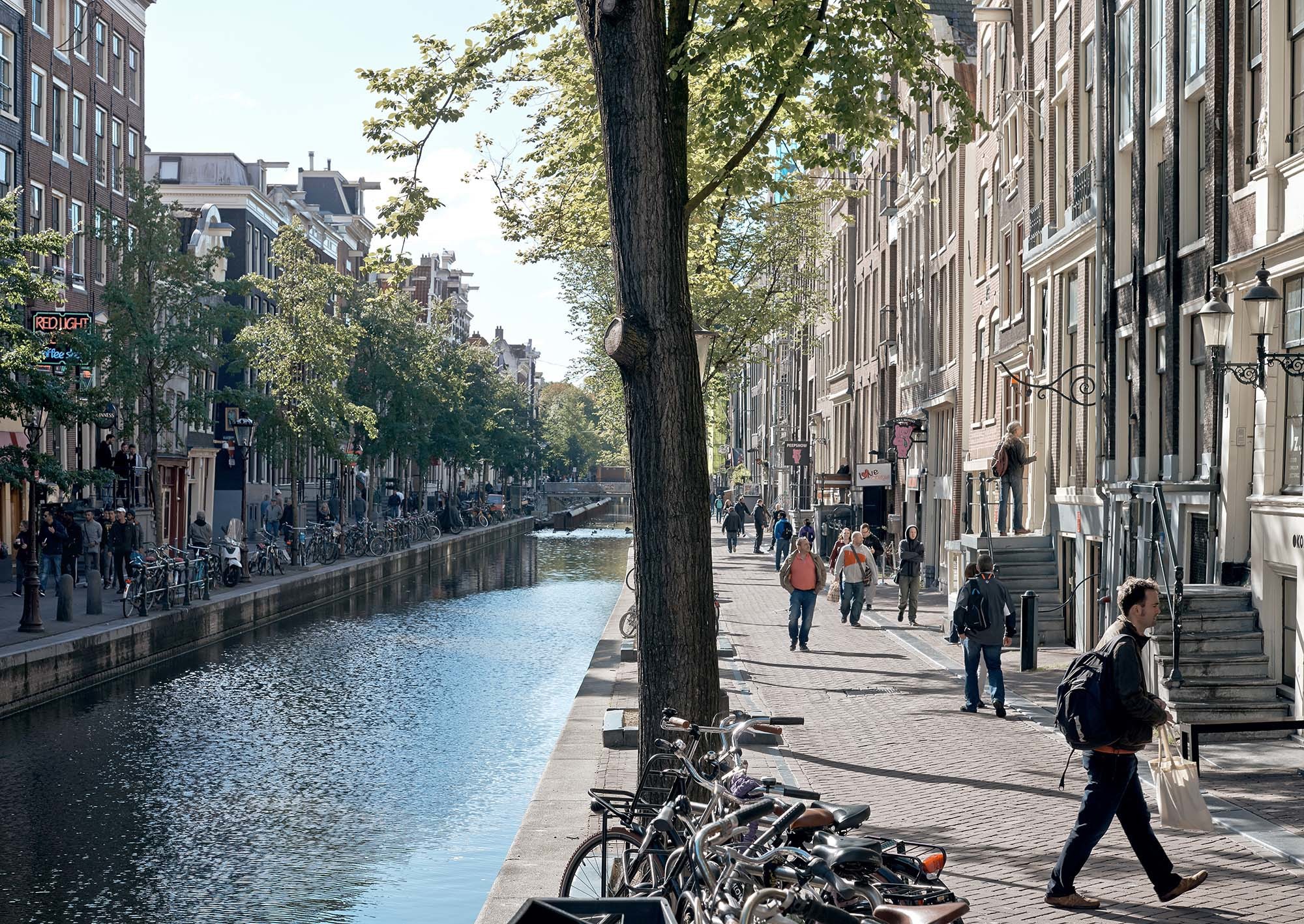 Amsterdam Underground offers unique city tours led by ex -homeless, -drug addicts and -prostitutes. This non-profit initiative is part of the De Regenboog Groep (The rainbow group), a foundation that helps local people who are living in poverty and/or social disconnectedness via various projects.

Before we continue diving into Richard’s story, let’s hear from Freek - project leader of Amsterdam Underground - what this initiative is all about.

Freek: It was a successful concept that already existed in Utrecht and De Regenboog Groep franchised it. The idea is to turn the negative (hi)story of (ex) homeless, prostitutes and drug addicts into a positive thing, it gives them a sense of self-worthiness. It’s not always easy for them to talk about a past that they’re not proud of, and sometimes it can get quite emotional. But the idea is that people with a big distance to ‘normal’ society and the labor market have a positive daytime activity and are getting paid for it. 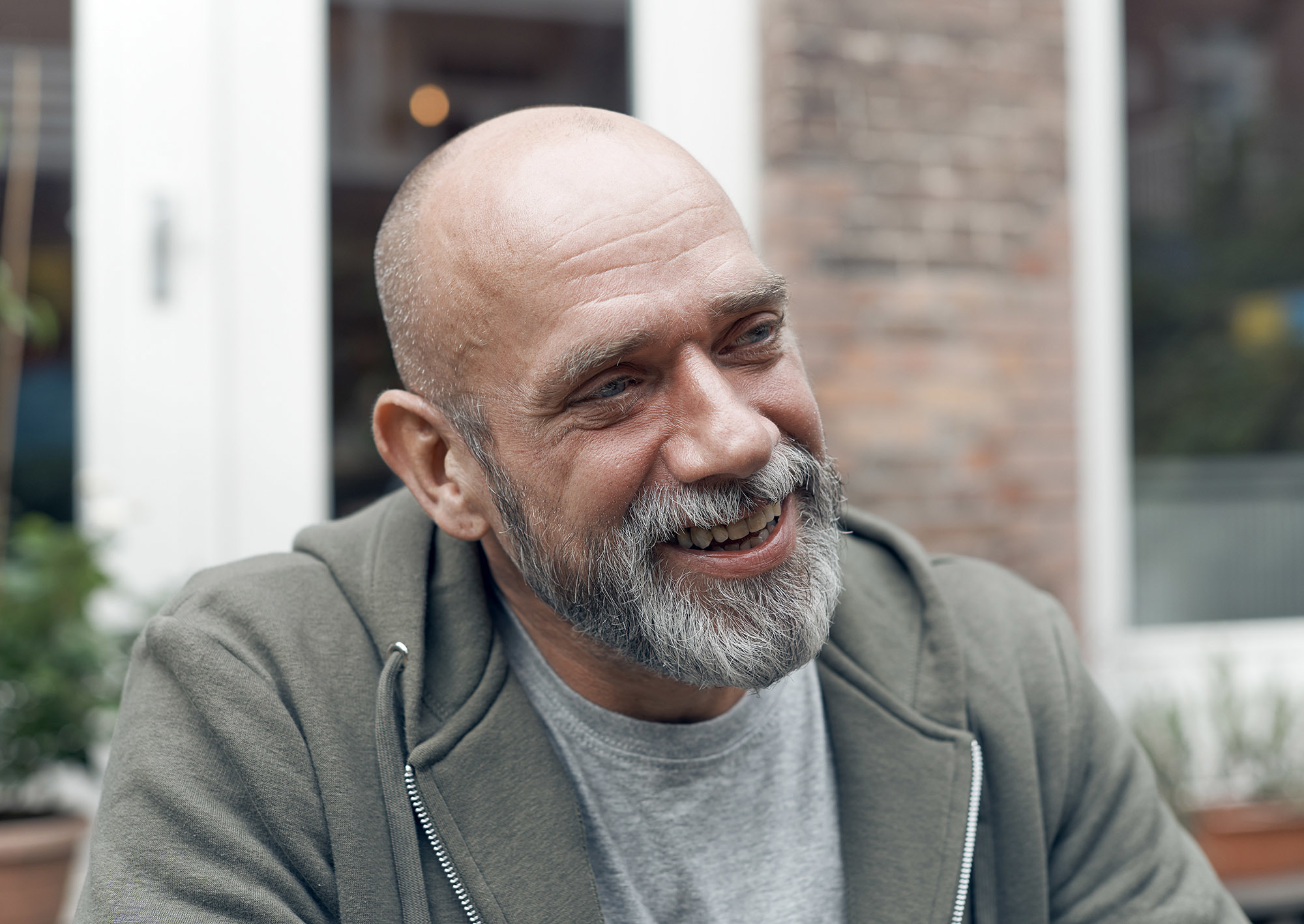 It can be difficult for people who have been stigmatized for years to find a job or other types of security. How do you help them grow and develop?

Freek: They’ve always been treated like shit and had to fight for themselves while living on the streets. We see them, and I mean really see them as full and individual people. We don’t pamper them but instead empower them by handing them the right tools. If not through Amsterdam Underground, may it be through one of our other initiatives. But for Amsterdam Underground specifically we train them to become story tellers and teach them how to guide an audience through the city like it were to be a movie. Not everyone is fit to become a guide, the person has to be enthusiastic about it and be able to handle telling his/her story over and over again. One of our first guides, ex-prostitute Sonja, was very insecure and didn’t believe much in herself. Today she’s one of our most requested guides and she’s in charge of training the newbies. She has a paid position in our office now. 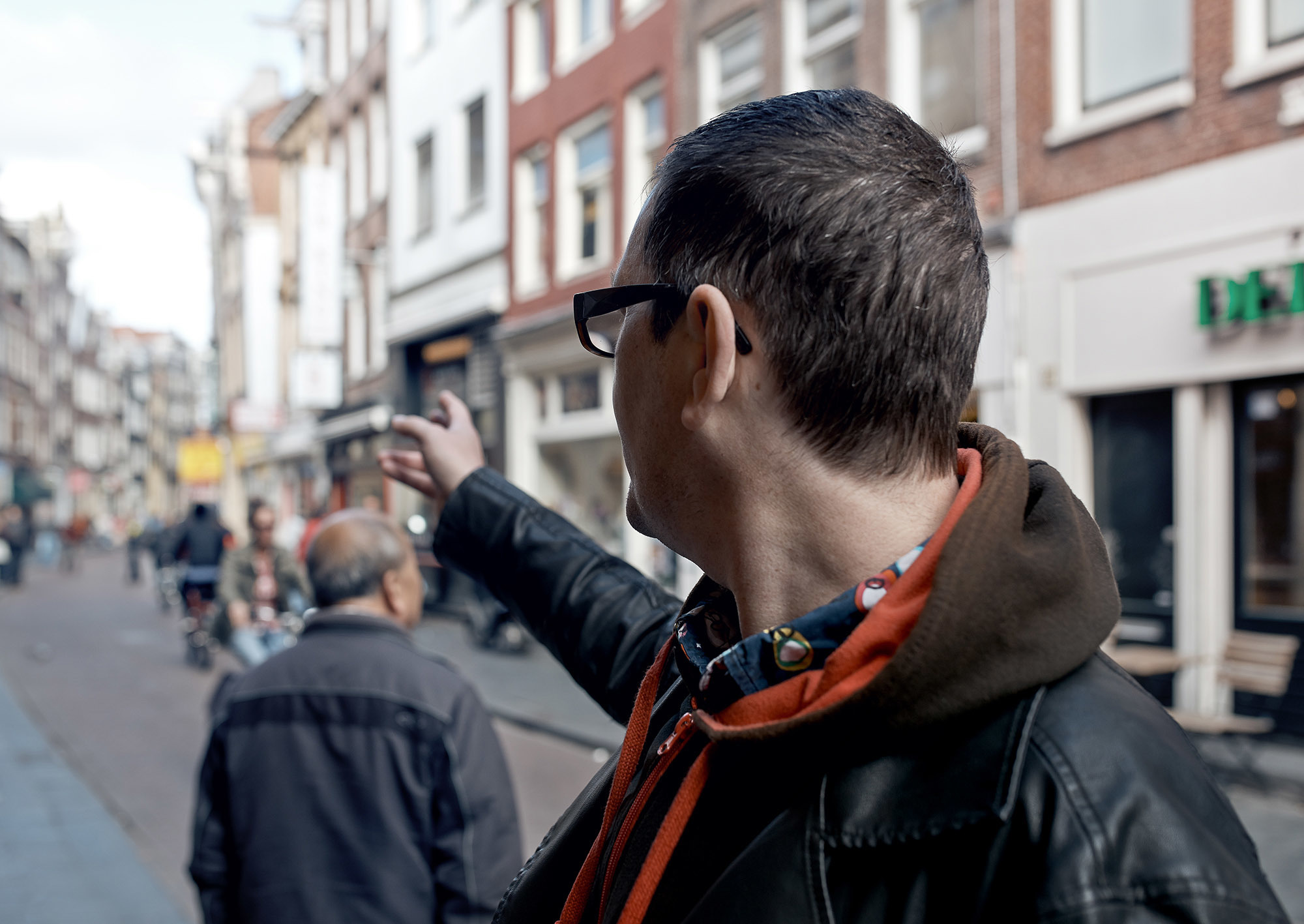 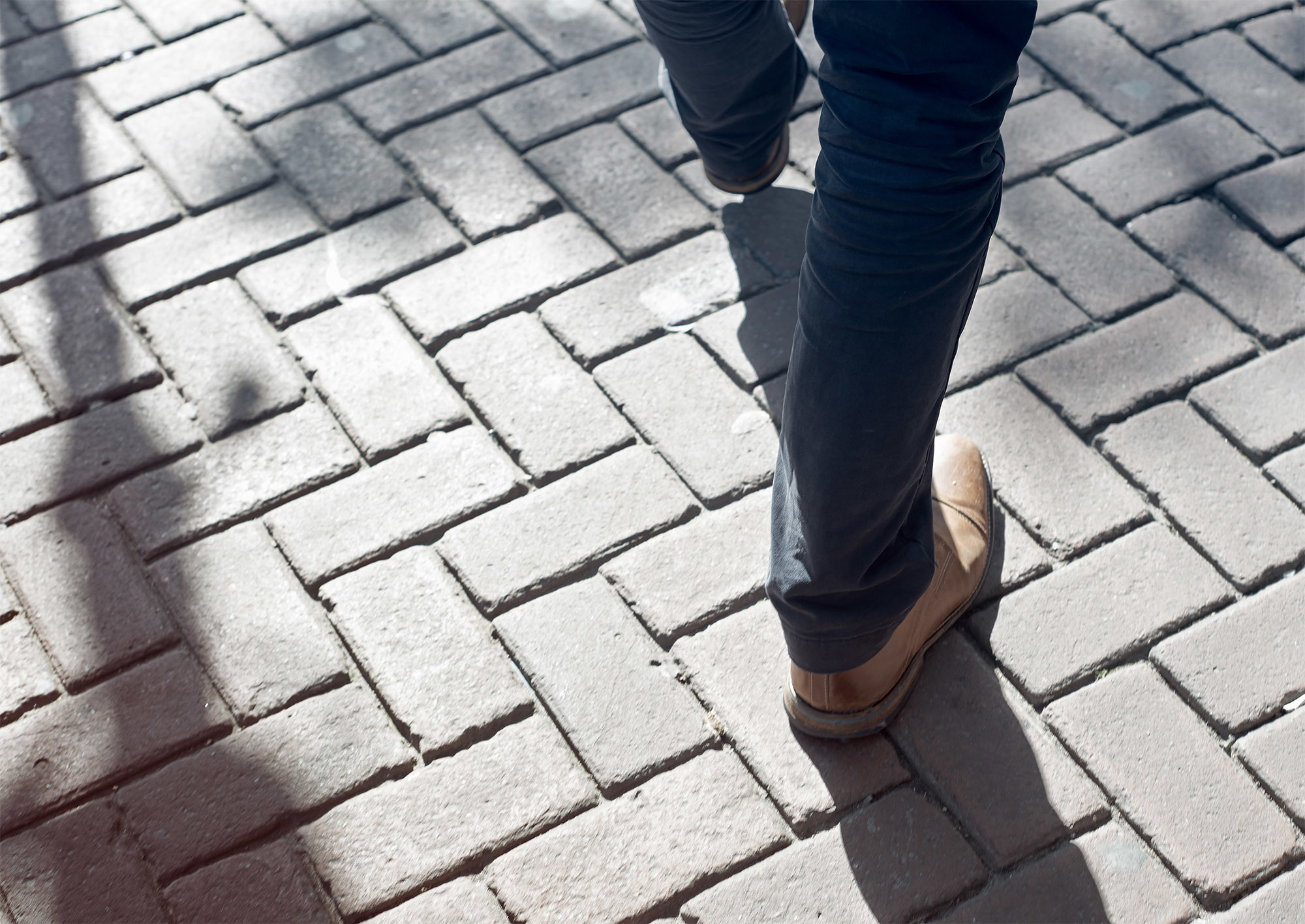 What can people expect from an Amsterdam Underground tour?

Freek: We have nine guides with each a unique and grabbing story. The tour lasts three to four hours and we want people to feel free to be able to ask anything without restriction! We don’t judge people or tell them “don’t do drugs, stay in school” we just want to inform them. Homeless people are generally extroverts because they earn money through begging and hassling, and that’s a trait the guides often still possess. It’s not just sad stories but also a lot of humor and fun. It’s a unique way of getting to know another side of Amsterdam…

With a good understanding of what Amsterdam Underground stands for let’s hear from Richard what it’s like going from drug addict to city guide. We met up in China town on a sunny October afternoon in front of Jazz Club Casablanca. 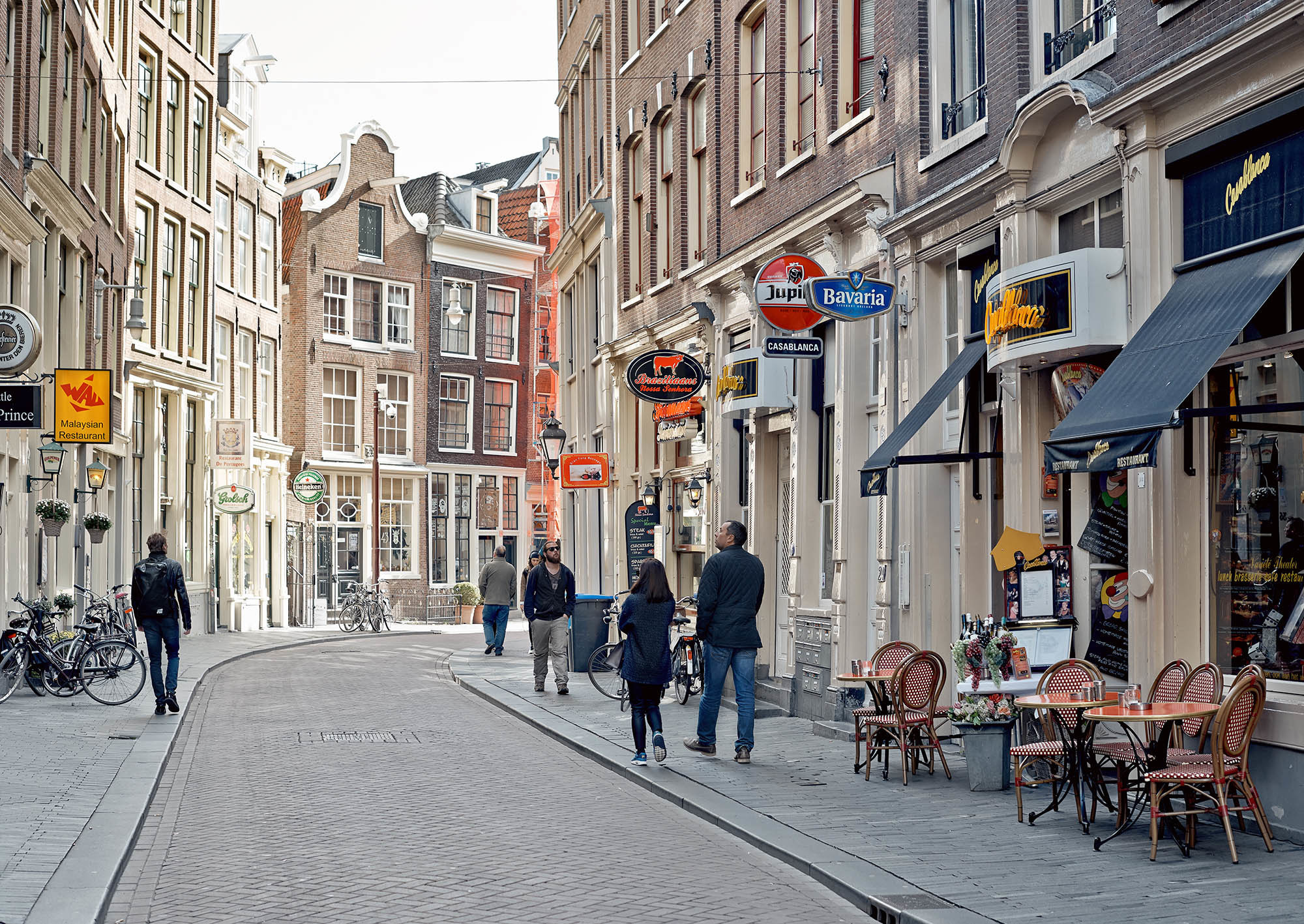 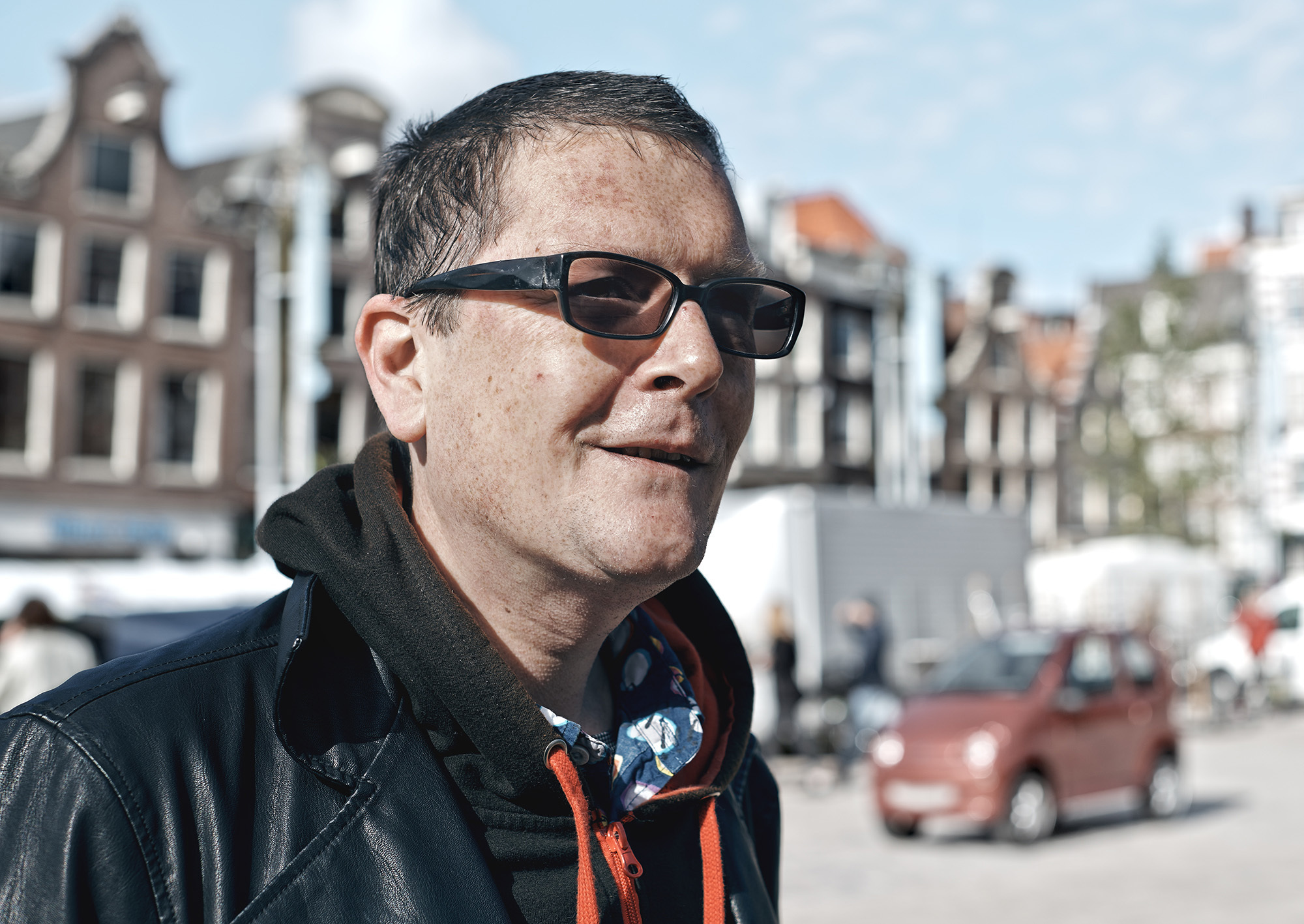 Hi Richard, we’re excited to meet you. Can you show us a glimpse of your former life as a cocaine and heroin addict?

Richard: Sure, it actually started right here at the Casablanca. In 1989 I was a student Jazz musician at the Conservatory. and I played my first gigs on the drums here. I had always been a curious guy who wanted to experience everything in life, all the sex, drugs, and rock and roll. After work I would hit up a bar and before heading home I would score dope on the Zeedijk. I was 20 years old and had enough money.

But when I had reached a point that I had to score three times a day I started losing my grip on life. Despite the drug abuse I graduated with a 9 at ‘BIM huis’ and played in various jazz bands that are now world famous in the jazz scene. Heroine got the best of me and I would get caught using dope in the toilet by my band member and got kicked out of the bands. I was heavily addicted for 20 years and this neighborhood became my second home. I was never entirely homeless, because I had an apartment which I would rent out to subtenant to pay for my addiction. I would be on the streets for weeks and then go back to my apartment. 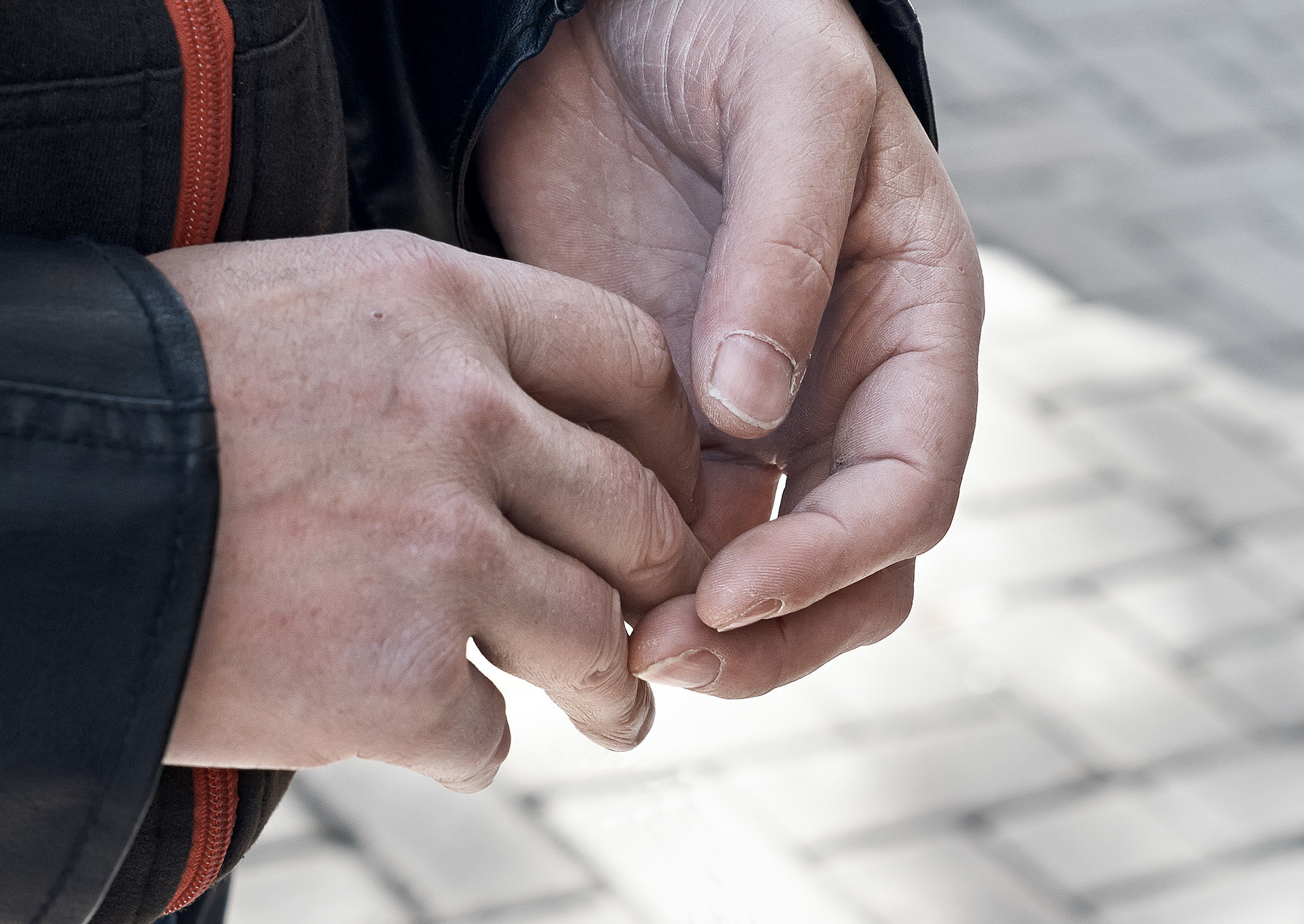 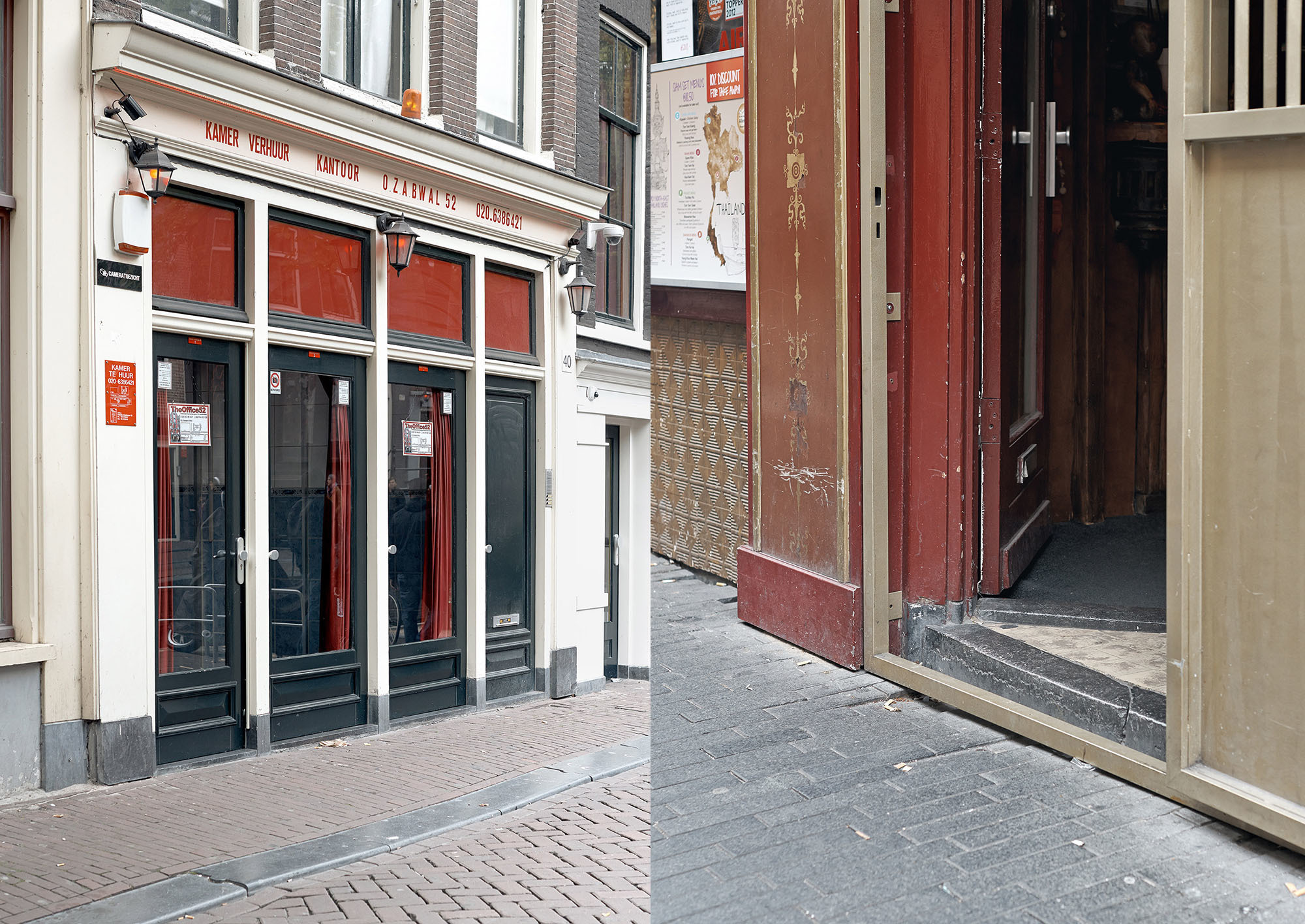 You’ve been clean for nine years now and you are off the streets, how does it feel to give a tour about your former life as an on-and-off-homeless addict?

Richard: It depends on my mood, sometimes I wake up and I don’t want to be thinking about my old life. And it’s not always easy to tell about the parts of my life that I’m not proud of. It can get emotional, I never know what questions to expect. But it’s also a lot of fun and a lot of laughter, I never feel judged by my audience and in a way it’s also therapeutic. I want them to know that you’re not signed for life. You can kick an addiction!

The red light district is quite a tourist attraction. I can imagine the streets looked differently in the early 1990’s, how has the neighborhood changed?

Richard: this area used to be completely different! Tourists weren’t safe here, and certain to be mugged. There was a big trade in passports as a result. It was full of street dealers, street prostitutes, junkies and squatters. Street prostitutes and window prostitutes would get into nasty fights. It used to be grimey but there was also a sense of romance, the red lights, small streets, the anonymity.

Now only one quarter of the windows are being used for prostitution, the rest are used for fashion designers or other young hip ventures. The street prostitutes are gone. 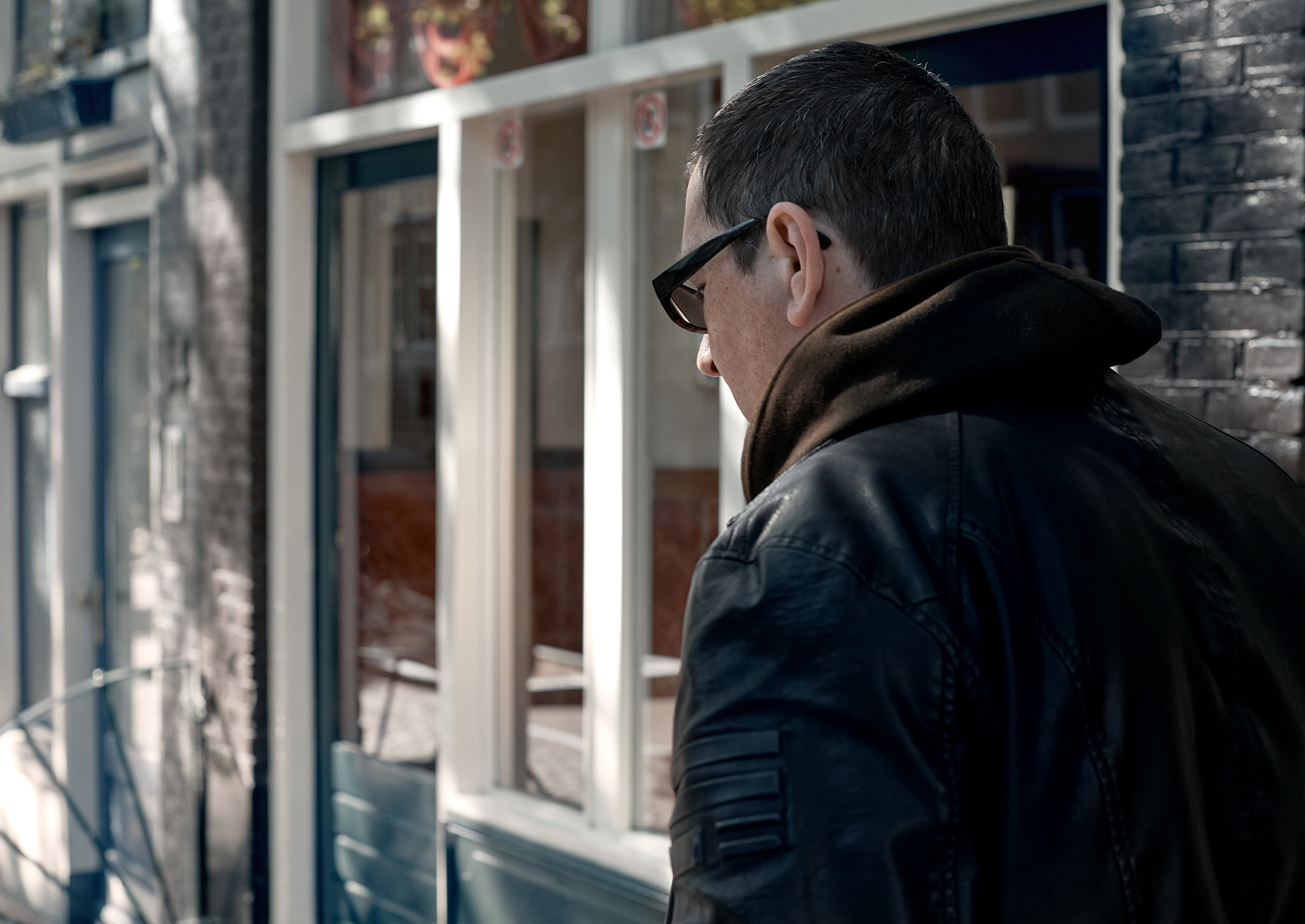 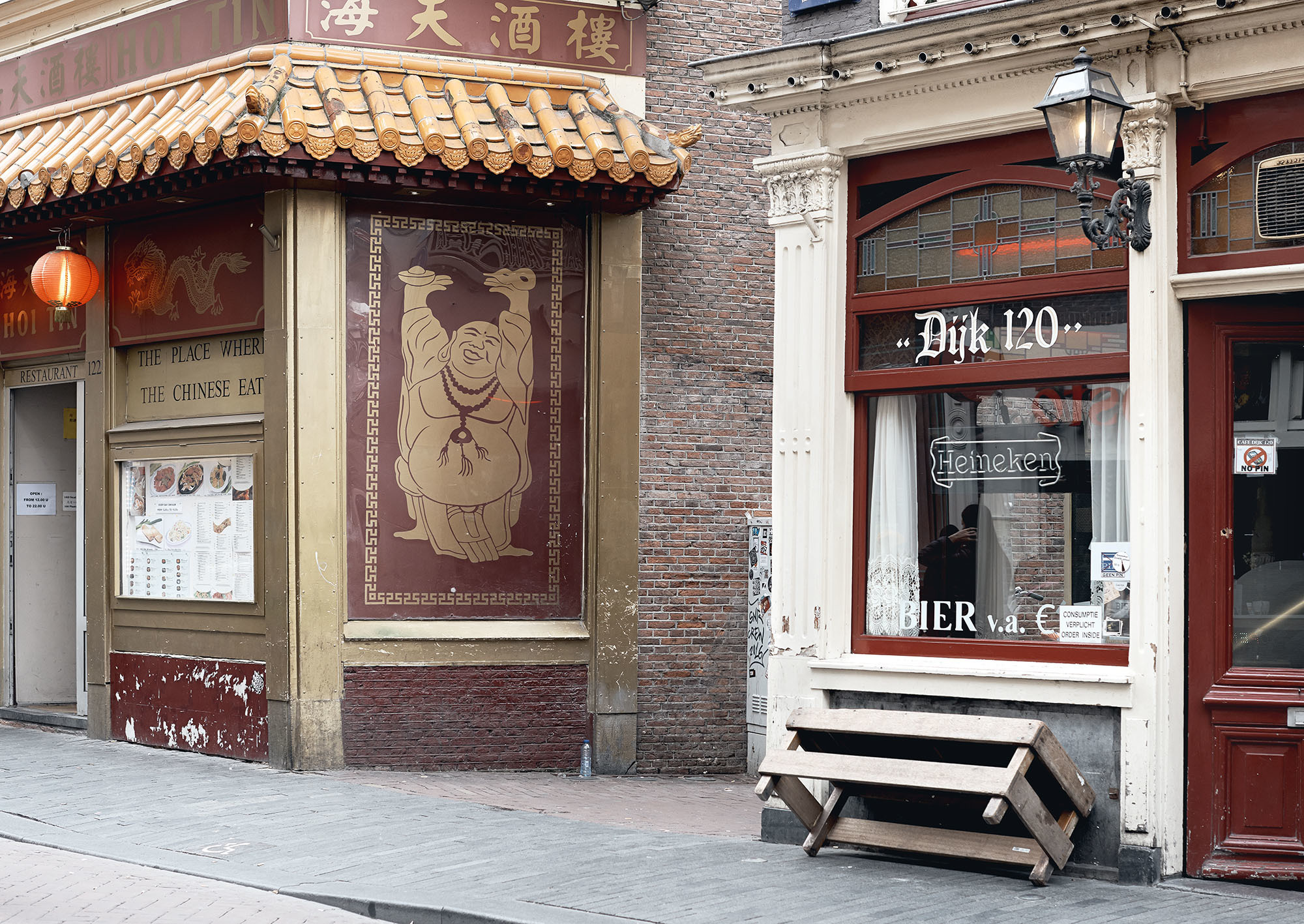 Does this mean the red light district got rid of its drug dealers?

Richard: The drugs scene is definitely still here, but it’s more hidden and spread out. Back then we didn’t have cell phones, now you order your drugs like you order a pizza. The ‘varkenssluis’ bridge used to be called the ‘pill bridge’ you could get any type of drugs without a doctor’s prescription there, it was very much ‘nous connais’. Street dealers are still around but they’re mostly focusing on tourists. As you might know last year a couple of tourists died because they bought white heroin thinking it was cocaine from a street dealer. 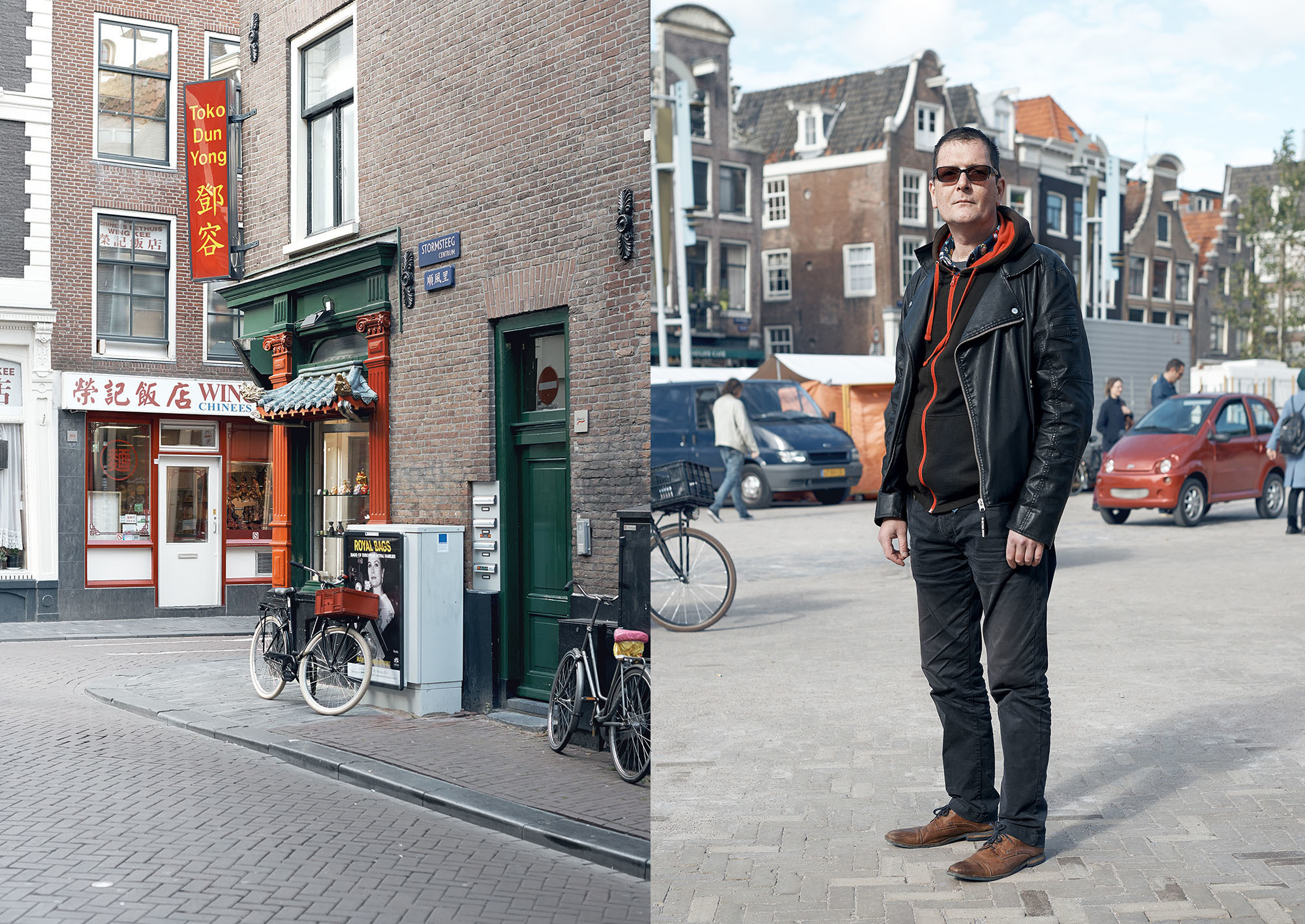 I remember seeing homeless people using heroin in public as a kid, and HIV was a big problem at that time. Amsterdam seems free for the majority of these issues now and you don’t see as many homeless on the streets compared to other cities worldwide. How come?

Richard: Yes, a lot of people died from AIDS and Hepatitis C in the 90’s luckily that number dropped dramatically. Drug addicts can safely shoot up heroine with clean needles at some facilities. HIV and Hepatitis C are almost completely gone, and people get good medical and psychological treatments. Amsterdam has a lot of good facilities for homeless and drug addicts. The city already started taking care of the homeless back in the seventies. My dad was a social worker so I was pretty familiar with it. But the amount of shelters and projects started growing even more. There’s a shelter in every neighborhood in town. Amsterdam is good for its ‘ragtags’ and that’s pretty unique. 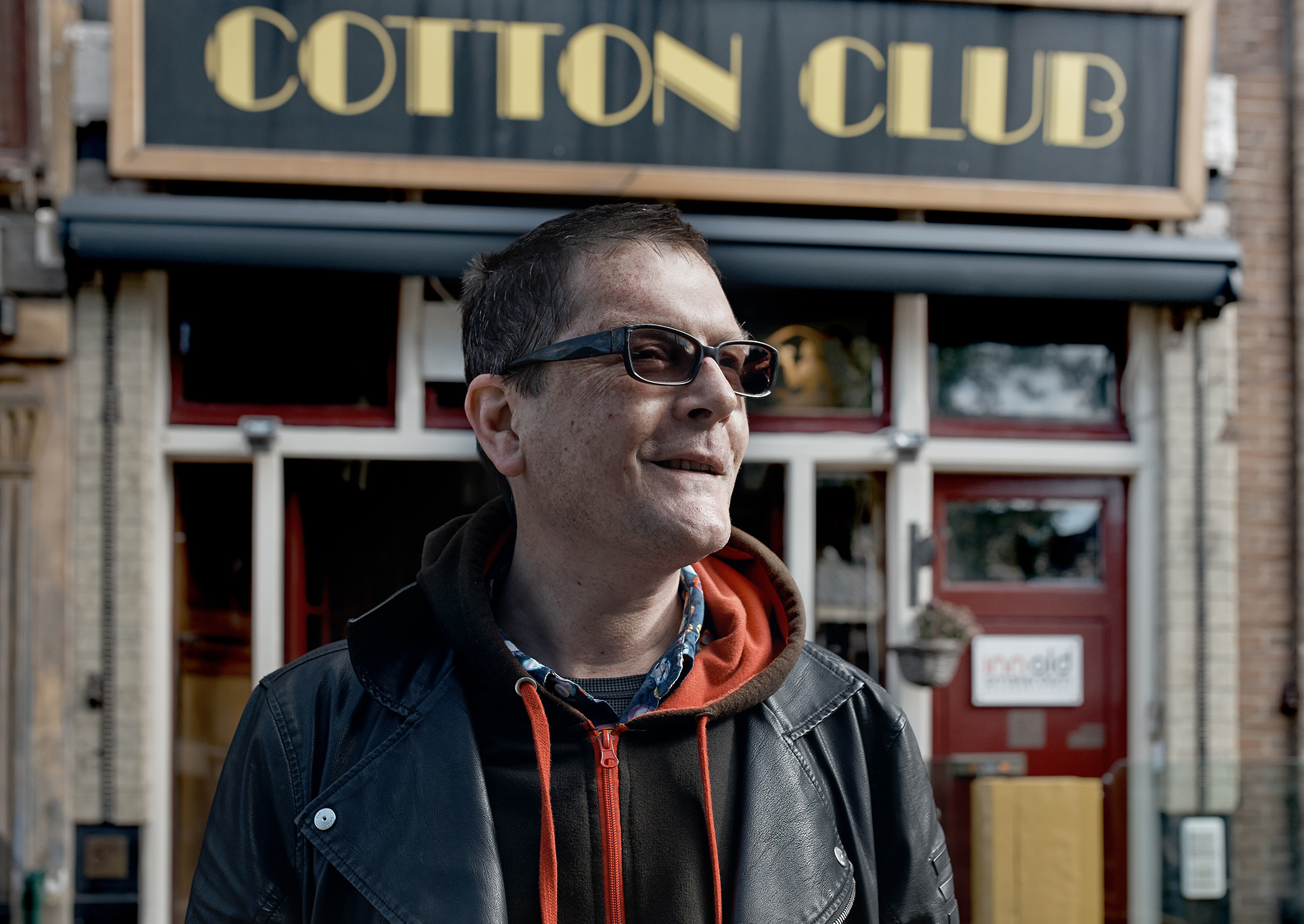 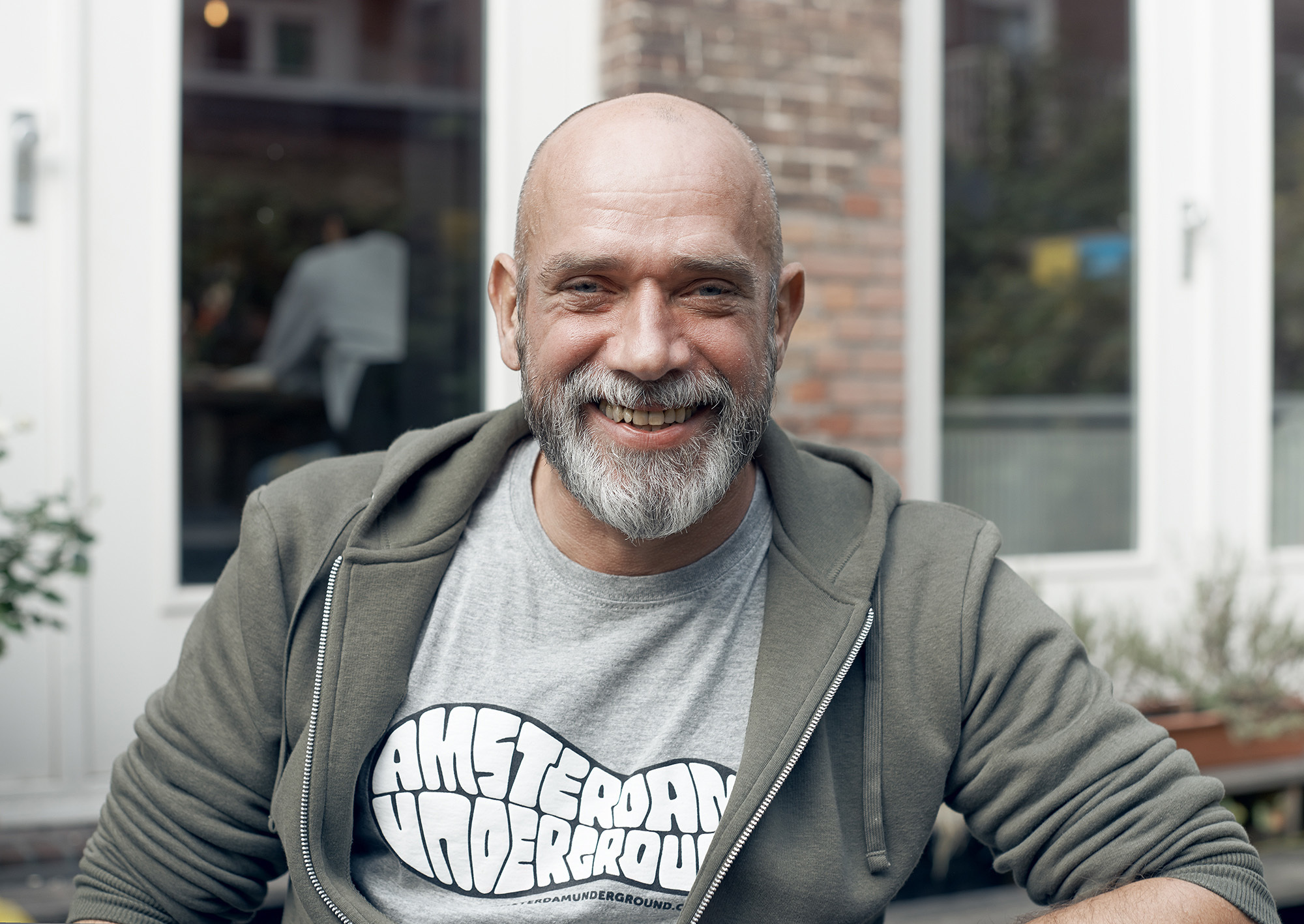 Enough about your old life, I’d love to know about your current life!

Richard: Jazz music and drumming is what kept me alive and I’m proud to call it my job again. I sometimes play at the Cotton Club, one of the oldest jazz bars in town. But I also teach drumming lessons to both adults and kids. Please come see me play!

Thank you Freek and Richard for your openness, we wish you all the best!

You can book an Amsterdam Underground tour here or check out De Regenboog Groep for more information on their projects.

For the music lovers among us check out Drum Buzzy Rich’s website to book drumming classes.

All imagery thanks to talented Citinerary photographer Zico O'neill.