Time to meet the pioneering duo behind RAAF Rotterdam, the arts and culture center responsible for drawing the creative crowd to the other side of the river.

When people told Elke and Ashley Rotterdam-Zuid would never amount to anything, they made it their life’s goal to lure as many people across the bridge as possible. Eight years after they started their venture, Rotterdam-Zuid is well on its way to becoming the next Brooklyn. 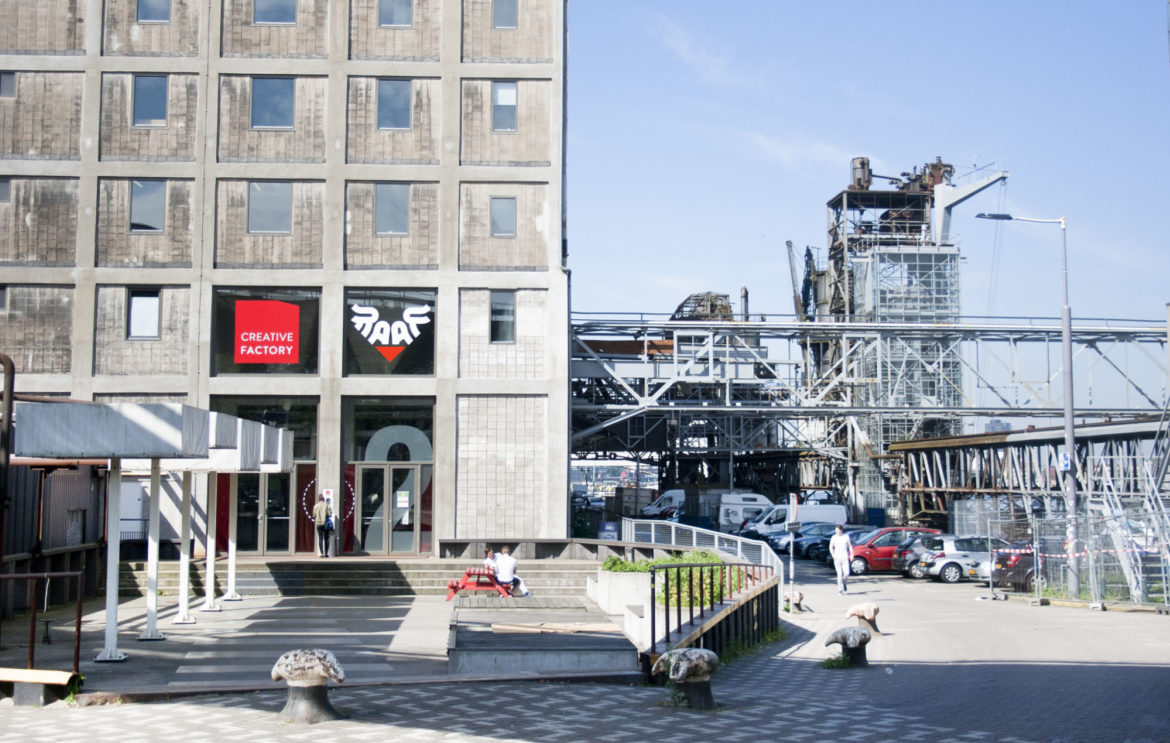 Elke, Ashley, can you introduce yourselves?

Elke: I’m originally from Brabant, but I’ve lived in Rotterdam for almost 10 years now. I studied illustration at the Willem de Kooning Academy, which is where Ashley studied too, but we didn’t meet until we were on exchange in Australia.

Ashley: We were both in Sydney and heard that there was another person from the academy there, but we’d never met each other before that. So we decided to grab a coffee at this cute coffee place and hit if off right away. While sitting there, we were both like ‘we should start something like this sometime.’ That was eight years ago, and here we are!

How did you come up with the concept for RAAF?

Ashley: We got the idea for RAAF after I organized an art gallery in the Afrikaanderwijk (a neighborhood in Rotterdam-Zuid) with another classmate. It started as a way to bring arts and culture projects to Rotterdam-Zuid and invite people to come have a look at ‘our’ side of the bridge instead of always staying in the northern part of town.

Because we didn’t want to be dependent on external funding, we added the food and rental part. It wasn’t until our second or third year that we realized what we were doing exactly. But honestly, the way RAAF has developed since is very much a response to what’s needed and missing in the area rather than a well thought-out plan. We work with whatever comes our way and develop naturally that way.

Elke: RAAF is pretty hard to define. It stands for Rotterdam Art Adventure Food, and everything we do falls under one of those topics. There’s our passion for Rotterdam-Zuid, which gave birth to Dit is Zuid, there’s art shows, concerts and events like Melange a Trois, tours, and food. It’s a very broad concept. 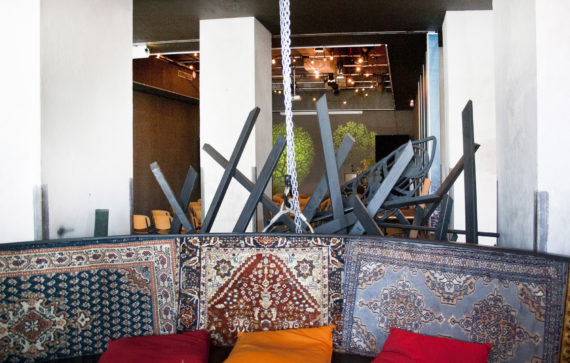 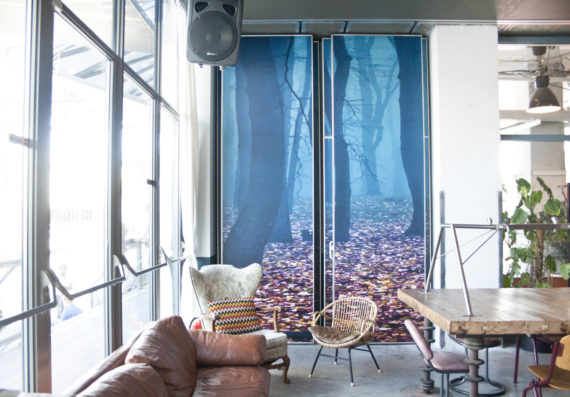 Ashley: When we started RAAF, the main goal was to promote the south side of town, but nowadays RAAF is a full-force experience, and one we try to cater to a large variety of audiences. There’s the business crowd, who rent our spaces for the fun and loose atmosphere.

There’s the weekend crowd and those who come for the Dit is Zuid tours- we want to give them the Rotterdam-Zuid experience and teach them about the history of the area, and then there’s the night crowd of the Maassilo who are there to have a good time. It’s a true cultural hotspot, there’s something for everyone. There’s a reason our name is an acronym, there’s way too much to do to explain in one word! 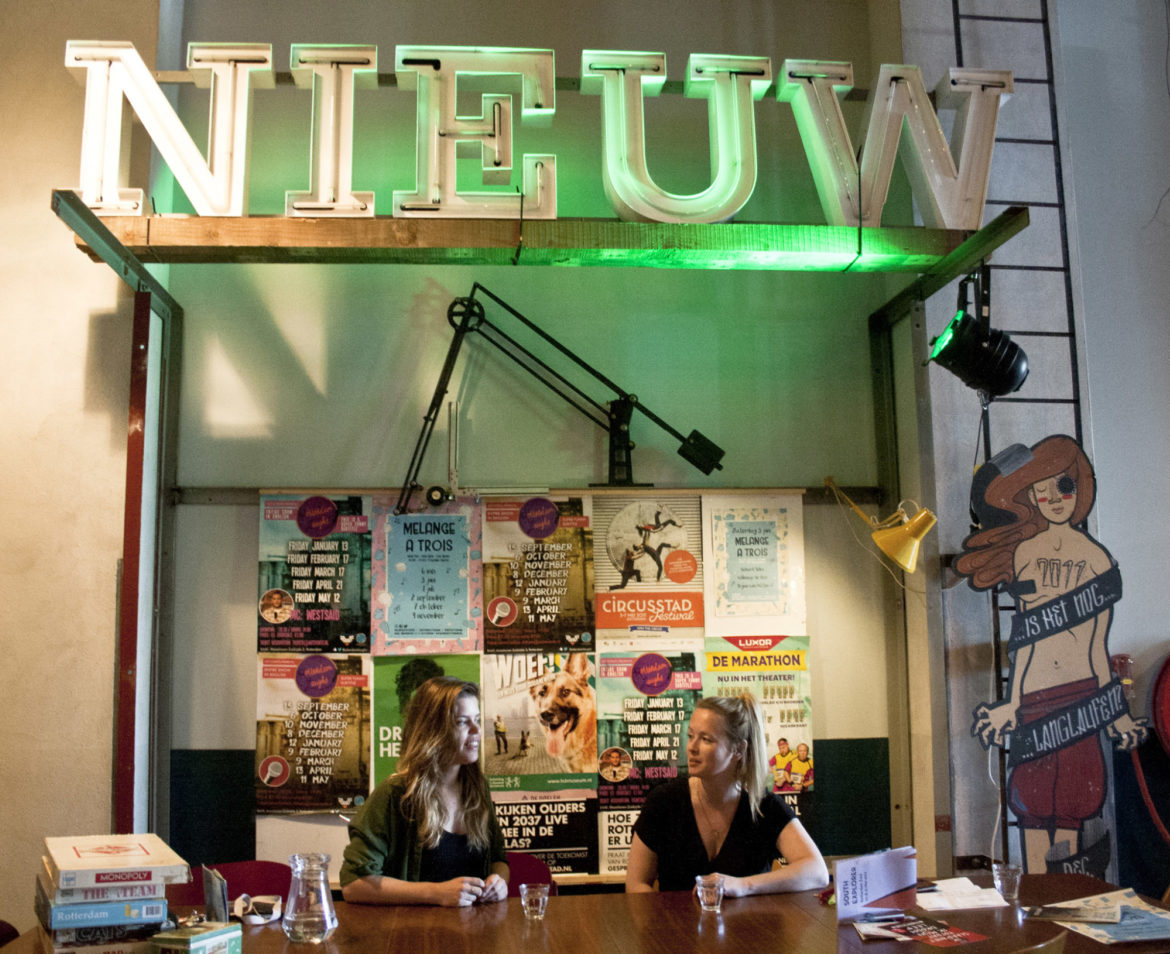 Last year, you moved from a smaller location to this huge place in the Maassilo. Why the move?

Elke: Our old location at the Hillelaan was 10 times smaller than this location; way too small for the way RAAF was growing and developing. But we did want to stay in Rotterdam-Zuid, so when the folks at Creative Factory told us about this space, it was a perfect match.

"We’re just two art school students and now we’re in charge of this huge space, it was definitely a learn as you go experience. And we’re still learning!"

We’ve been here for a year now, and things are only just falling in place. A bigger space also means more responsibilities: more employees, more production, more rental opportunities. We’re just two art school students and now we’re in charge of this huge space, it was definitely a learn as you go experience. And we’re still learning! 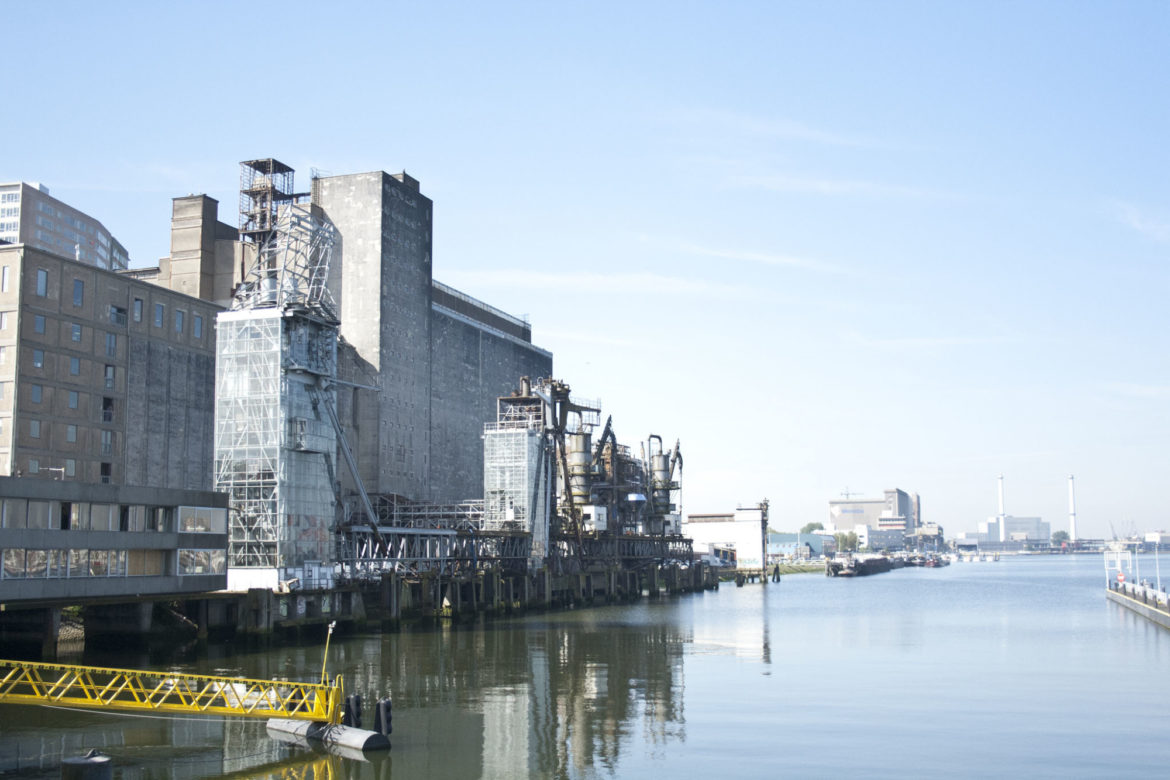 With both RAAF and Dit is Zuid, which you founded, you want to change the prejudices people have about Rotterdam-Zuid. Why is this so important?

Ashley: We founded Dit is Zuid because at the time, there was no central information center about Rotterdam-Zuid yet, even though there’s so much to tell and show. Dit is Zuid is still based at RAAF, but it’s its own organization now. It was important for us to start something like Dit is Zuid and to base RAAF in Zuid because people just didn’t seem to know what this area was really like.

When Elke and I would tell people we lived in the Afrikaanderwijk, they always said things like ‘isn’t that dangerous for two blonde girls like you?’ Such a ridiculous thing to say, I didn’t and still have no idea why someone would say that- I love my neighborhood. If you want to have an opinion about Rotterdam-Zuid, make sure you actually know what you’re talking about, don’t just echo public opinion.

But that sentiment did make us more determined to get people to actually come visit this area and see for themselves how great it is. People thought we were crazy back then, but now five years later a lot has changed. More and more people are finding their way over here, people who just a few years ago wouldn’t even think about crossing that bridge. 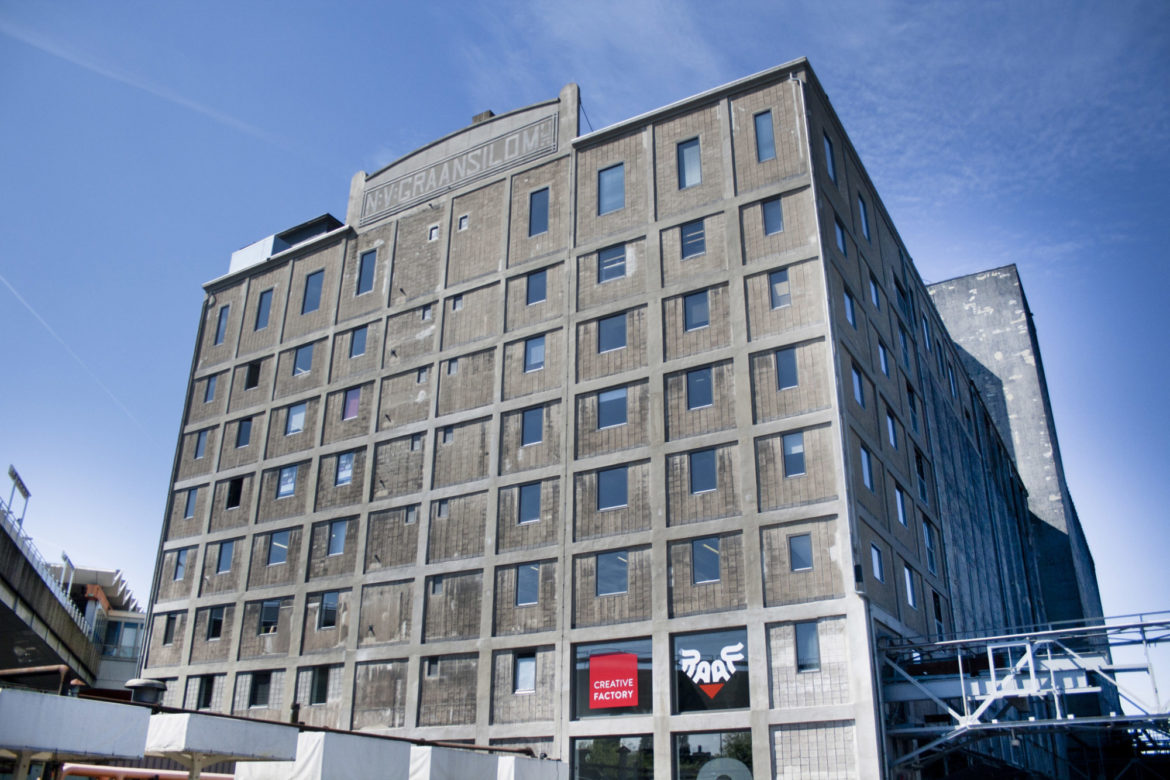 How do you think RAAF has influenced Rotterdammers’ opinion about Zuid?

Ashley: We were not the first creative entrepreneurs to try and make something of the neighborhood, people have been doing that for years. But I think RAAF did contribute a lot to actually connecting the neighborhood to the rest of the city, to actually getting people to cross the bridge and enjoy a night out on the other side of the river. Our old location was closer to the bridge, so it was less ‘effort’ to come visit RAAF, but now we’re further south and people still come. We’re slowly taking everyone further south, and once they’re here, they go see other places in the neighborhood as well. 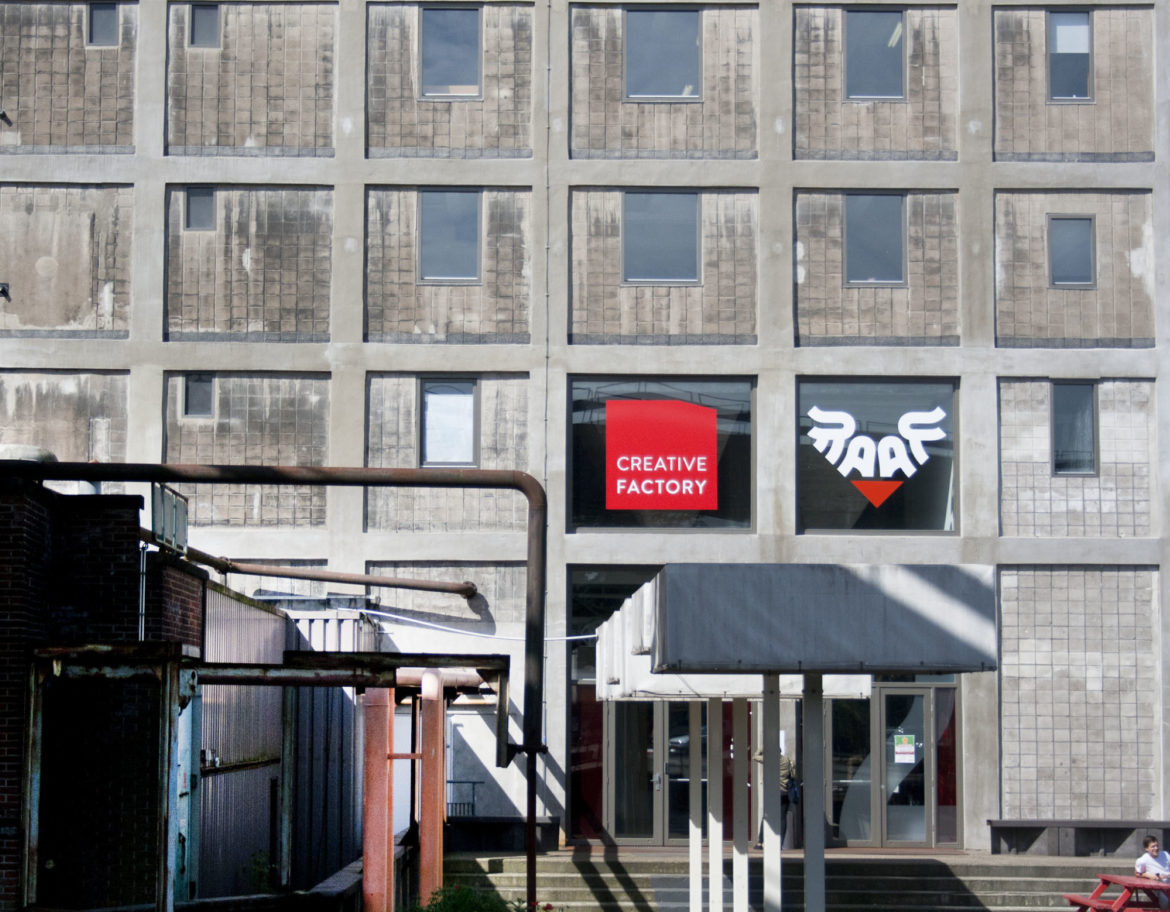 Do you think the area’s newfound popularity could also have a negative effect on the neighborhood? There’s been a lot of talk about the downside of gentrification lately.

Ashley: We very consciously chose to embrace this area and the building as is. We didn’t force our RAAF vision onto the building, but rather combined RAAF with the history of the building and make sure its identity is preserved. We want to embrace, respect and work with what’s already here. But we have no control over what’s happening around us. Of course we’d like the area to develop, but we don’t always get a say in how that happens.

Elke: Gentrification is something that’s going to happen if you want to develop a certain area, it’s difficult to choose to be for or against it. What you can do as a company is embrace that growth and work with it.

Ashley: It’s so great to see so many things happening here now, people are starting to see how awesome this area is and that’s fantastic. But if that means the locals can’t afford to live here anymore, that’s something I could obviously never support. It’s a complicated phenomenon. We don’t want a Starbucks around the corner either, we’d rather preserve the history and identity of the place instead of turning it into a dime-a-dozen hip neighborhood. 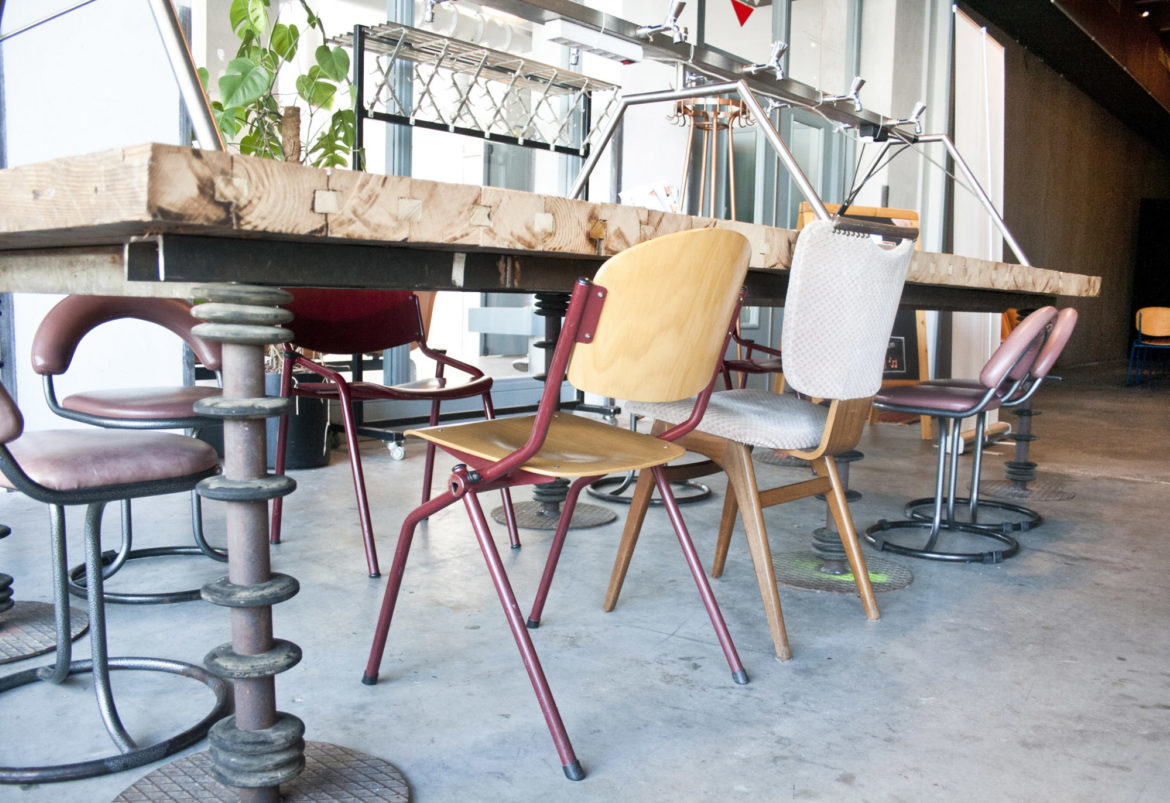 Now that you have so much space, what are your future plans for RAAF?

Elke: There’s so many! With this new space there are so much more opportunities to collaborate with awesome people, and really to develop the whole area.

Ashley: I’d love it if, five years or so from now, Rotterdam-Zuid will have become a must-visit for every tourist. That it will have become part of the Rotterdam experience, even if you do have to take a short subway ride. Because it really is just a short ride- just ten minutes from Rotterdam Central! No reason not to come has a look when you’re in town. 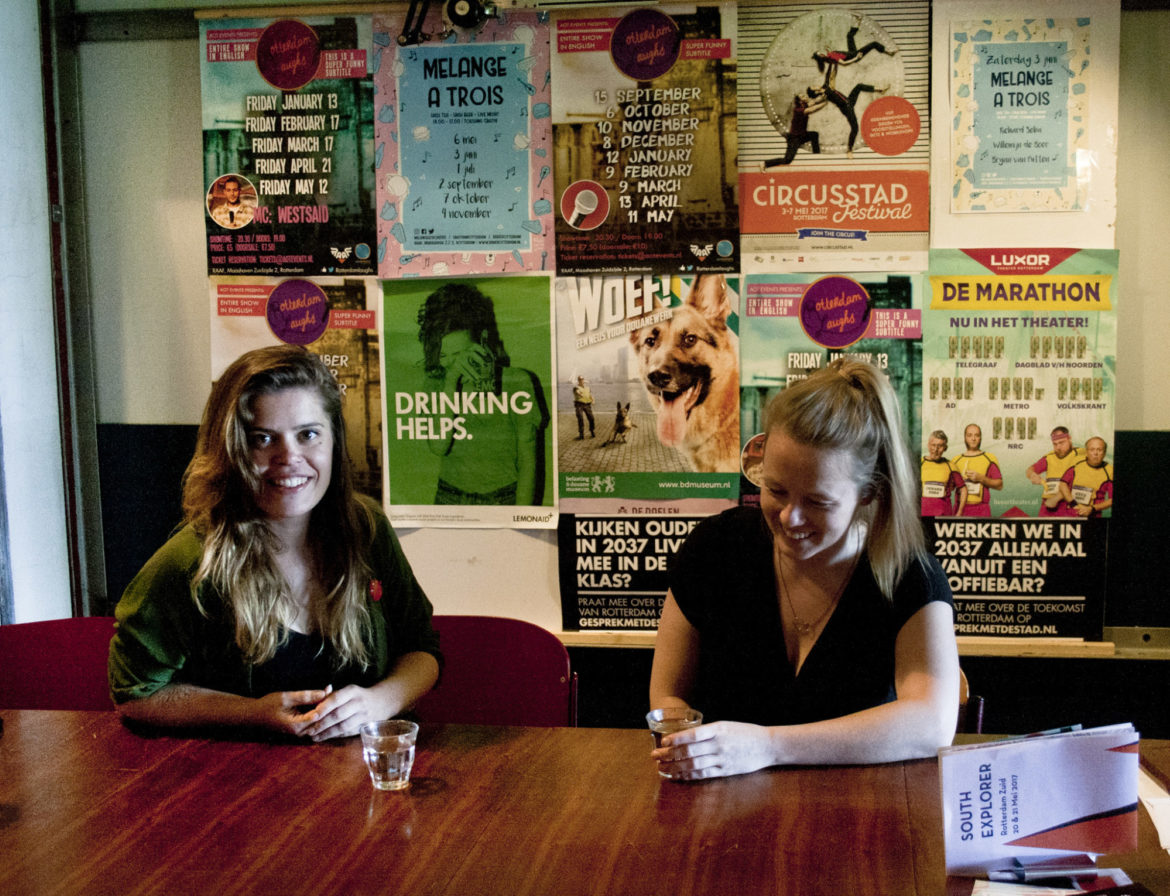 Thank you so much to Elke and Ashley for your great work in Rotterdam-Zuid, and for telling us about your love for the neighborhood. You can check what’s happening at RAAF on their Facebook, or book a tour of Rotterdam-Zuid at Dit is Zuid.