What’s so exceptional about this small side street that connects Spuistraat and the Nieuwezijdsvoorburgwal? Hero de Janeiro and Ottograph. These two street-artists, who often work as a team, basically turned Wijdesteeg into Amsterdam’s most colorful, fun, cool and cheerful alley. Time for Citinerary to find out what’s the 4-1-1 behind these two funky cats. I met them up on a Saturday afternoon, while they were doing their magic and blasting one of Hero de Janeiro's mix tapes. It was a real showstopper for tourists and locals  passing by; Infatuated by the colors coming from the spray cans and sounds coming from the boombox. Ottograph and Hero de Janeiro are very approachable and in for a joke or two. They're visibly having fun at their outdoor office, making small talks with new found fan groups. Capturing one hour of Wijdesteeg was Amsterdam at its best. [caption id="attachment_5653" align="alignnone" width="940"] 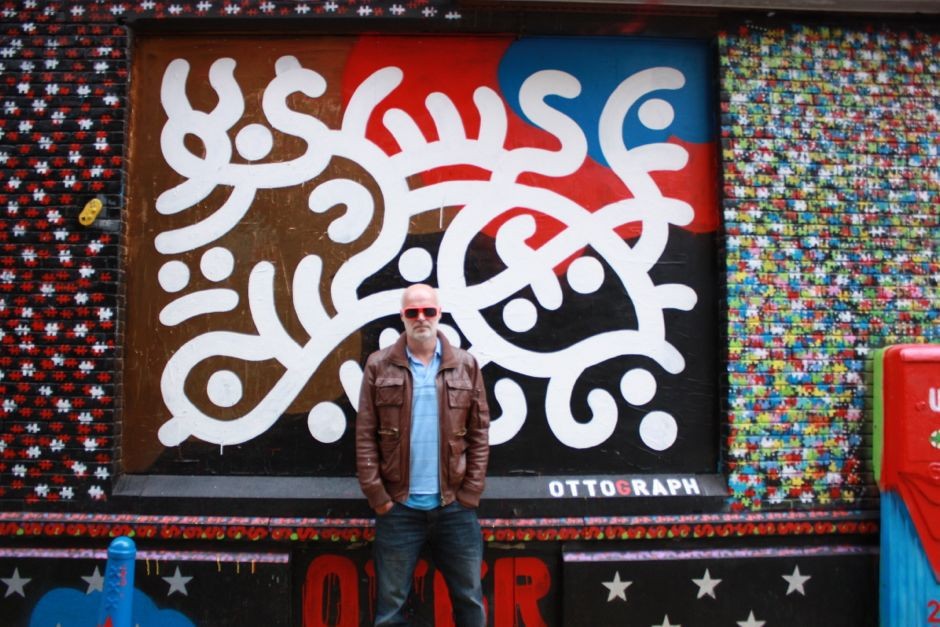 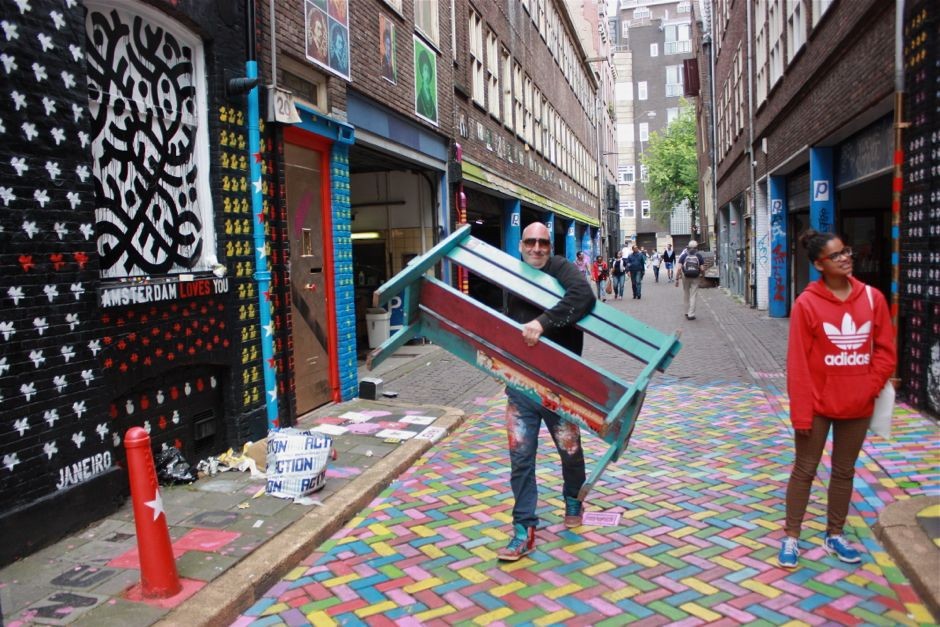 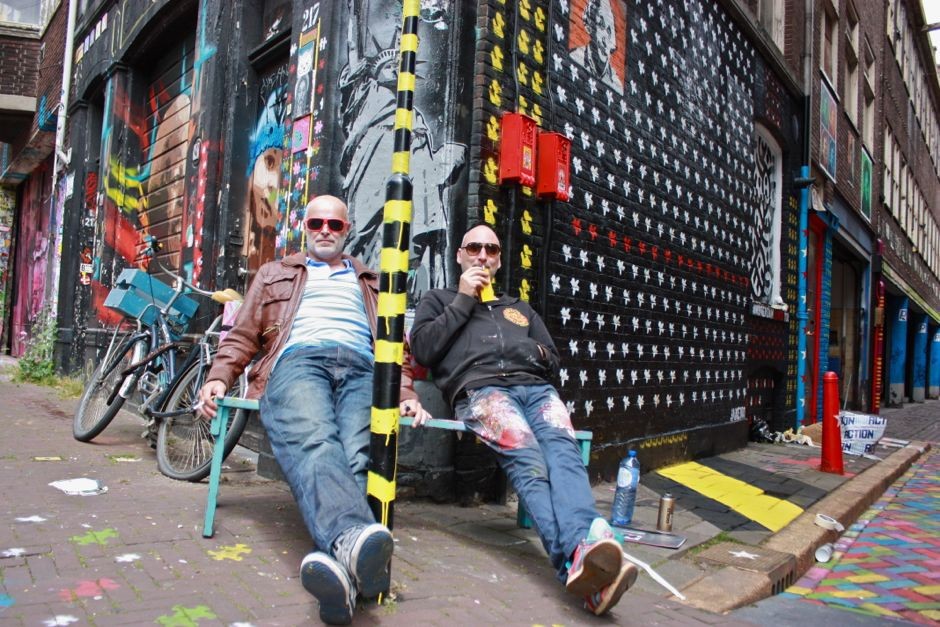 So tell me, what's the history behind Hero de Janeiro and Ottograph? Hero de Janeiro: I started DJ-ing when I was about 20 years old, gained success and moved to New York. I lived there for 6 years and when I came back I met Ottograph who had his own studio in a gymnasium in an old school building in my street. He was a VJ and was really hot in those days, I had so much respect for him. We played gigs all over the world together. Ottograph is incredibly creative, I learned a lot from him. I taught him how to DJ and he taught me all about street art, he was my Rietveld. Ottograph: I started graffiti when I was a 12-year-old sonny. I saw it on a video clip and thought that's what I need to do. In Amstelveen, where I'm originally from, graffiti was non-existent at that time. Ten years long I tagged my name, sprayed a lot of trains and than I enrolled into art academy. But street art was something people didn’t get back than. It wasn’t considered to be art at all. I was one of the first ones in the Netherlands who started doing it. Likewise peer street artists thought, there you have that art guy who thinks he knows it all. Hero and I have been mates for 15 years now. We do a lot of things together, but I also do my own thing and he does his own thing. Every year I repaint cafe 't Schuim here on the Spuistraat for example. Hero de Janeiro: Ottograph is the art guy, I can’t draw, but I have a lot of creative ideas that we work out together. We're constantly feeding each other ideas. We started doing stencil artworks of iconic figures like Jip and Janneke, Andy Warhol, and Karl Lagerfeld. My signature was the ghetto blaster that these iconic figures are holding. Karl Lagerfeld was an instant hit! 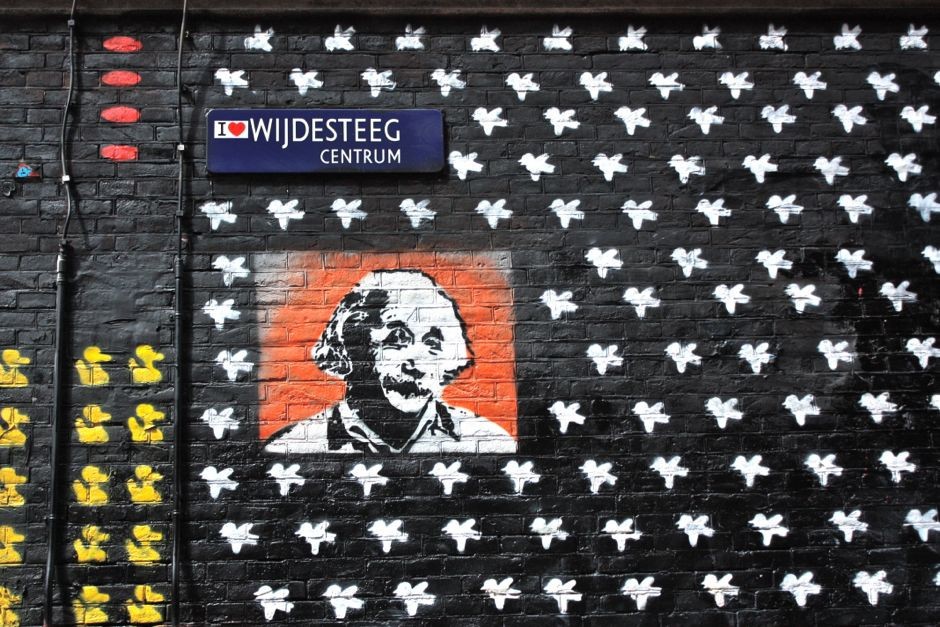 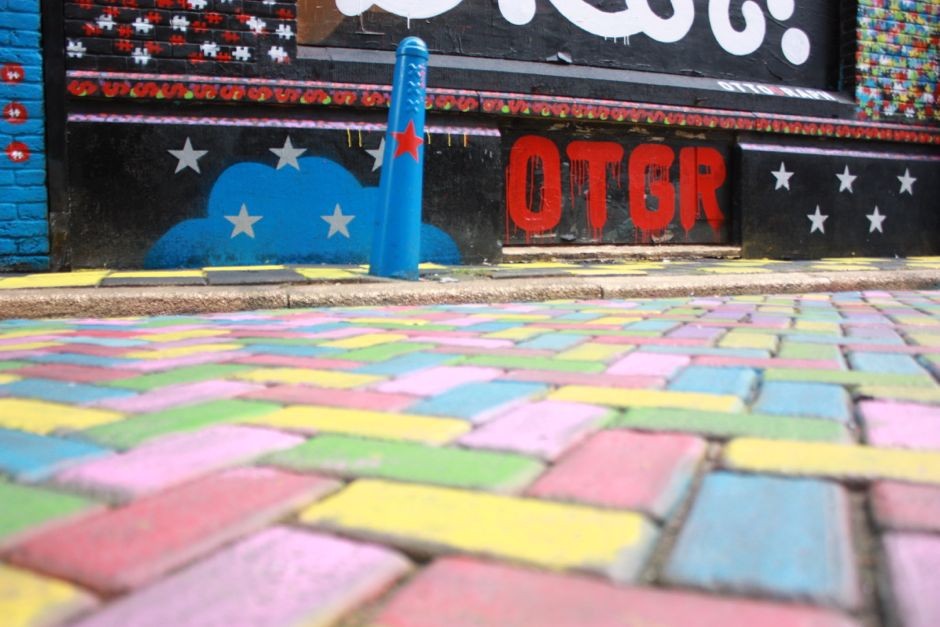 What does Amsterdam mean to you guys? Hero de Janeiro: I’m originally from the hardcore streets of Vlissingen but Amsterdam is one of the most beautiful cities I’ve ever lived. It’s magical! I’m in love with Amsterdam and its people. There are a lot of creatives, every Amsterdammer I know is headstrong, you shouldn’t tell them how to do something. Plus, this city has so much to offer, we should become a leader city again. Amsterdam should be open 24-hours so that it can thrive like New York, London or Paris. Ottograph: Amsterdam is my city. Where else could I do what I'm doing here in the Wijdesteeg? You can always find me here in the Spuistraat. What is it that you want to bring to Amsterdam? Hero de Janeiro:

"I want to bring happiness to this city. Art doesn’t have to be complicated. As long as I can make people smile, my mission is accomplished." 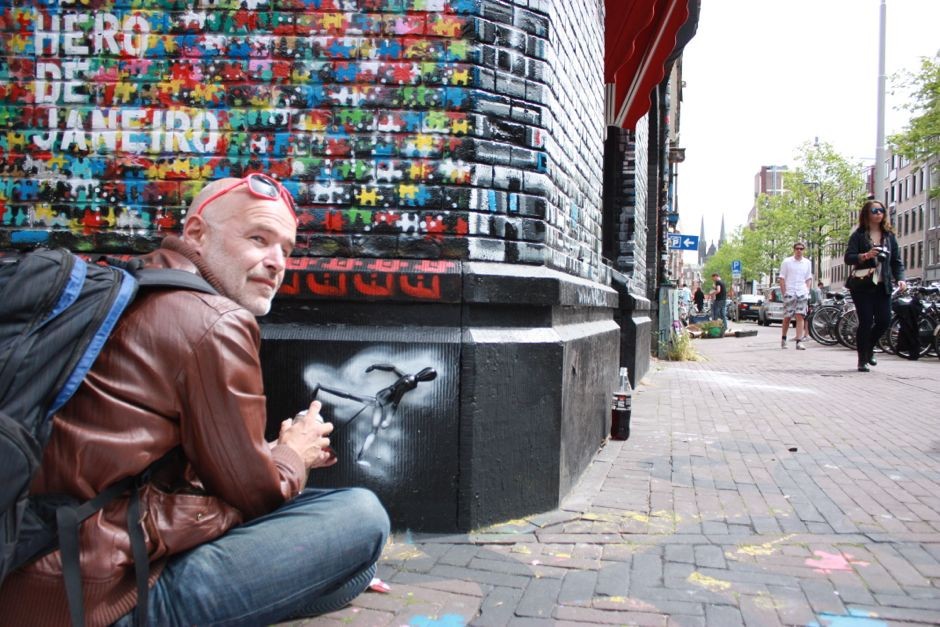 Is that why you painted colorful puzzle pieces all over the concrete? I was watching a movie and I saw these puzzle pieces, so I rewinded the tape, looked at the puzzle pieces on the screen for an hour and thought I’m gonna spray puzzle pieces. Do you have any other aspirations? Hero de Janeiro: I want to become the number one in Amsterdam. Aligning Karel Appel, but in a modern jacket. And we're going to spray more puzzle pieces throughout Amsterdam. Stay on the lookout. Ottograph: Than I want to become number two. [caption id="attachment_5659" align="alignnone" width="940"] 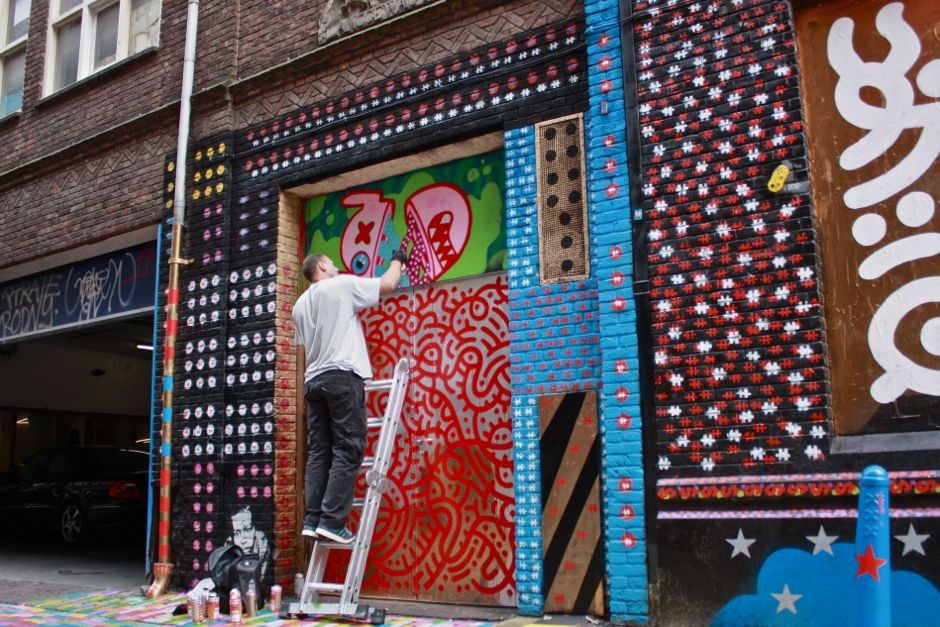 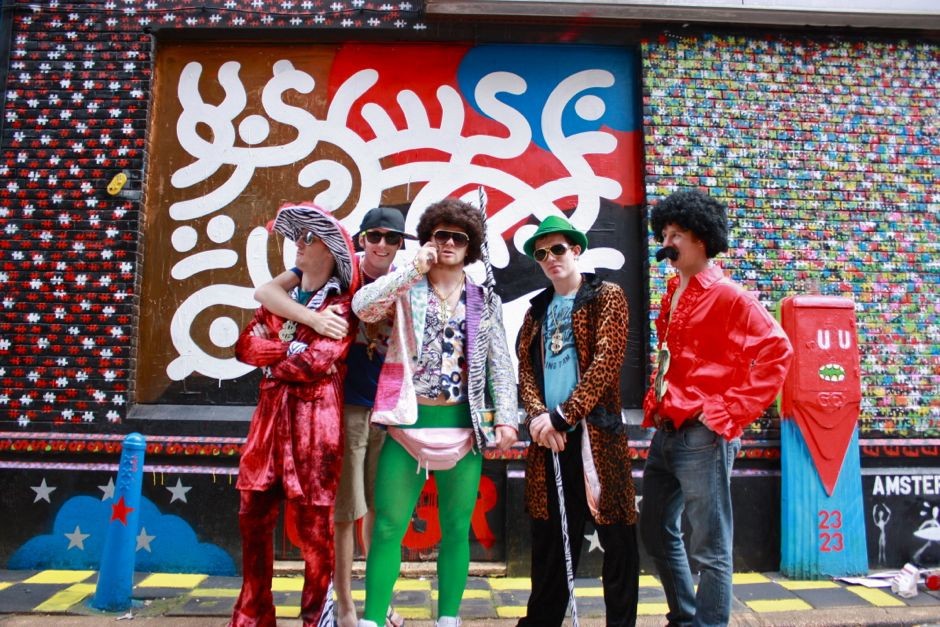 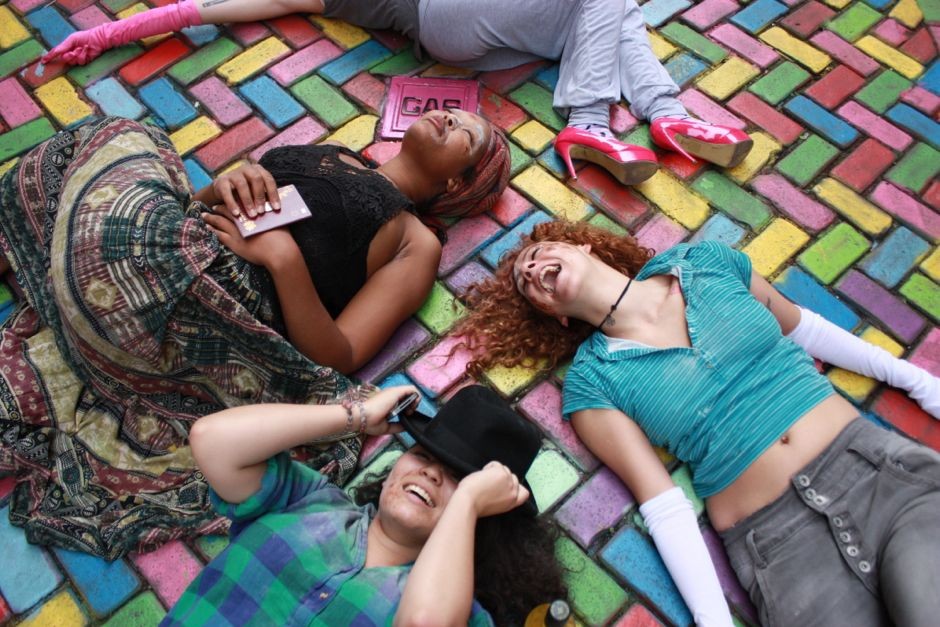 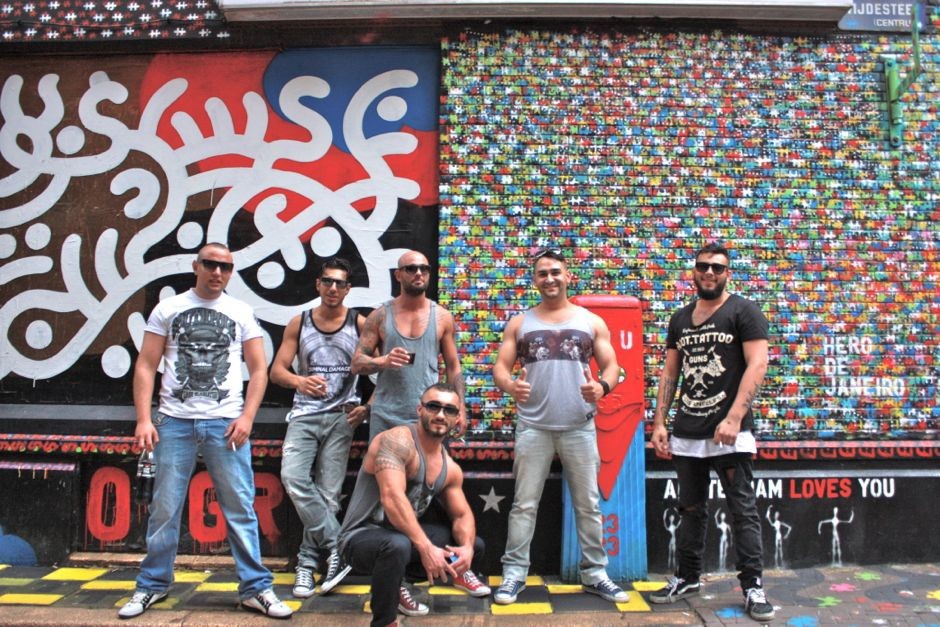 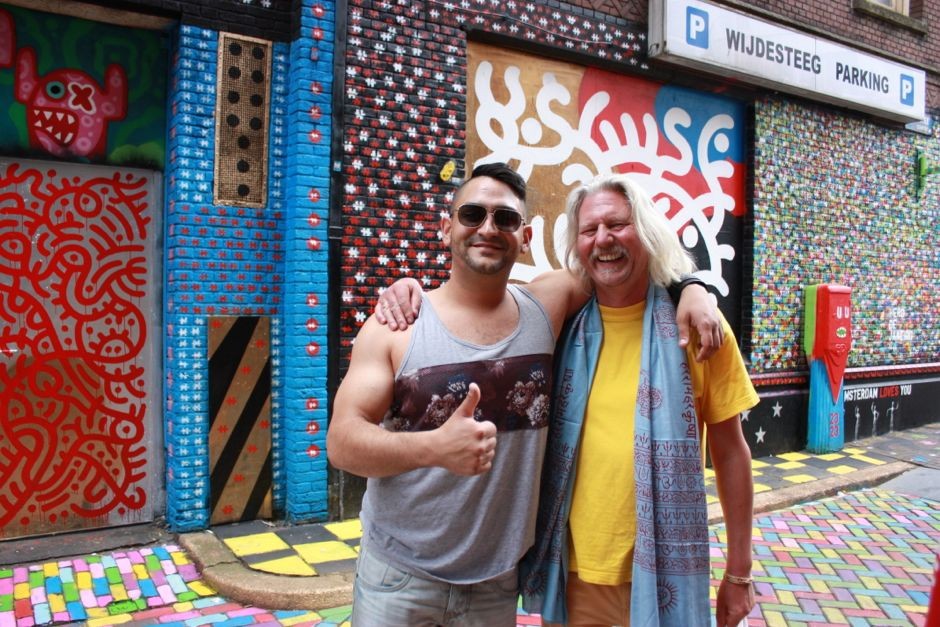 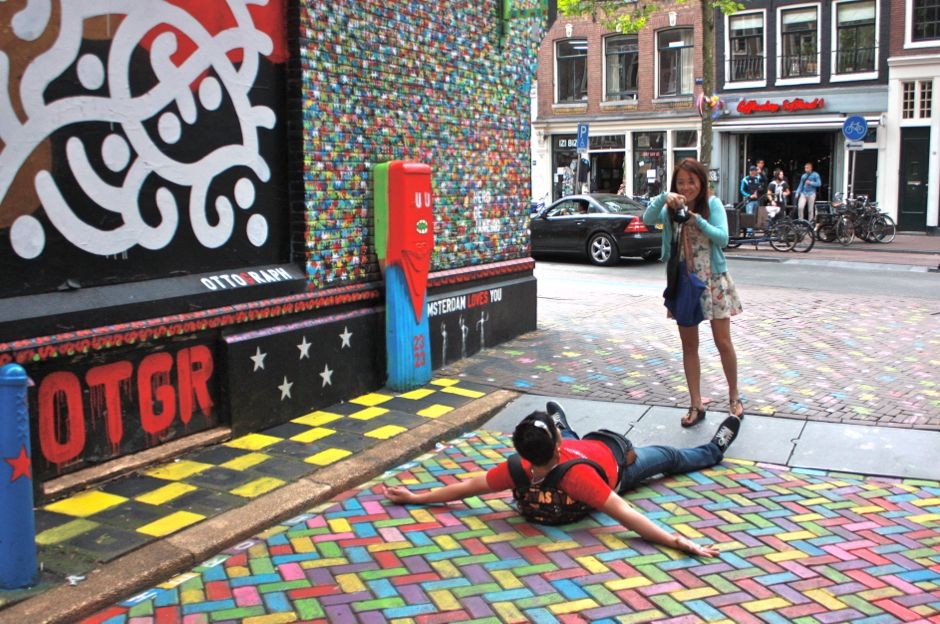 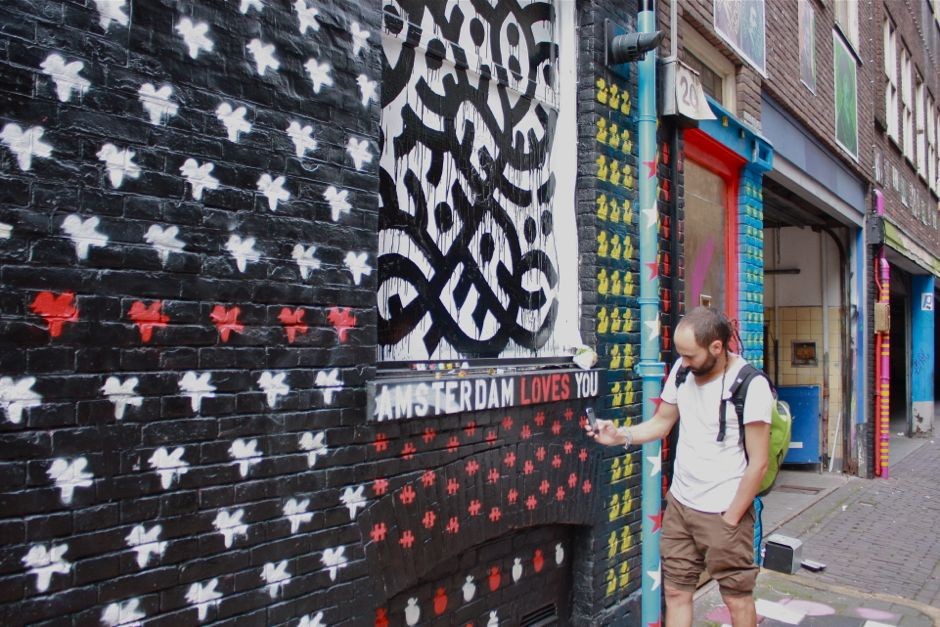 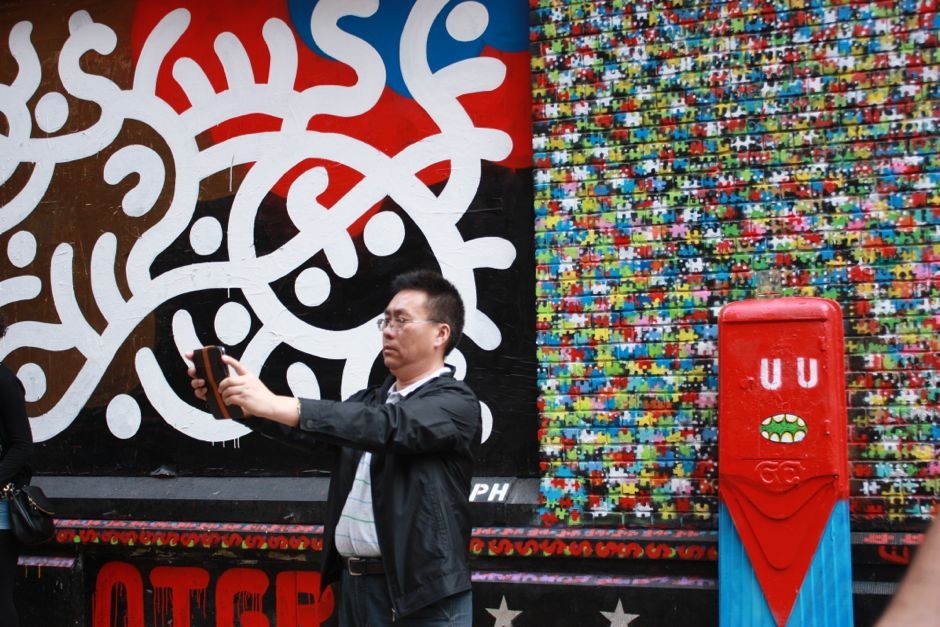 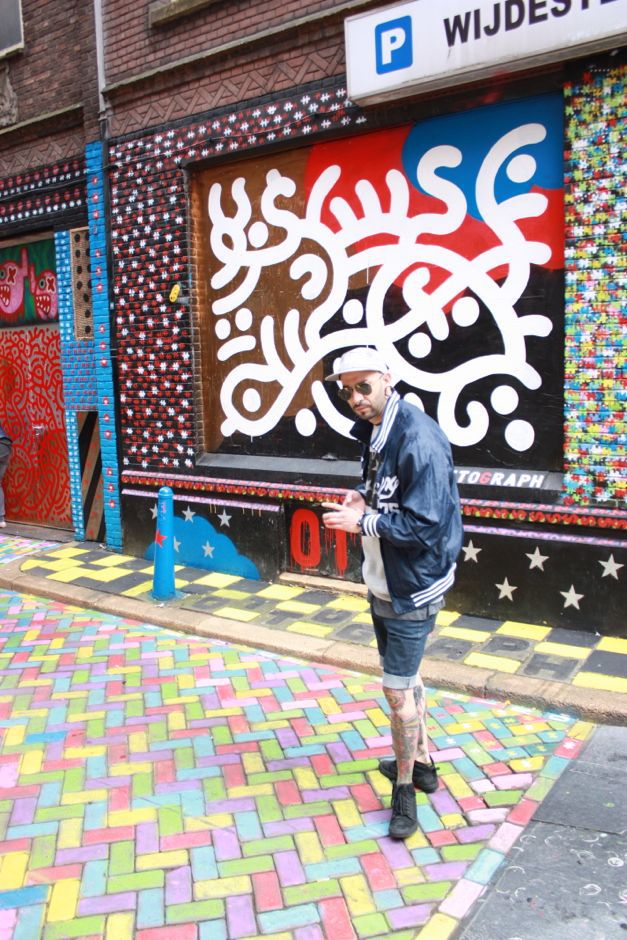