Humans on Bicycles (HoB) is a social cycling club. Basically people brought together by one thing and one thing only: passion for cycling, in its most simple meaning. Like a Sunday afternoon spent with friends, we get together in and around the city, riding our bikes and feeling good. It's feeding on good vibes in an organised way.

It’s not only about promoting an alternative means of transport or having fun, it’s about the bicycle as a way of living, a symbol of the new generation of informed and open minded people. Also, it is a great way of growing individually and at the same establishing connections with so many different and captivating people. For us, and hopefully for others too, it is a way of living life aesthetically. Meet Alex, Vlad and Cristi, founders of Humans On Bikes. 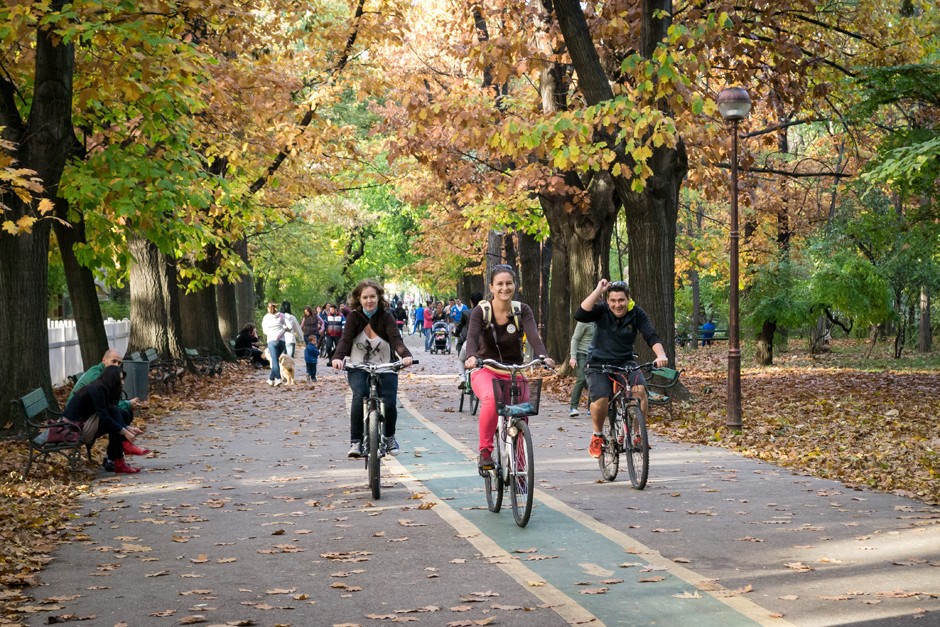 Who is behind HoB? At the beginning we were three young engineers from Bucharest who had in common the appetite for outdoor sports and social life: Alex, Vlad and Cristi. Soon after, the team enlarged and more friends joined the party, helping us to promote, organize and grow. We are a group of people bound together by our love for cycling and, right after, our likes, passions and constant fascination for all that inspires. How did it start? Last spring is when we all decided cleaning the dust off our bicycles and taking them off -road around Bucharest. We started participating at local MTB competitions and the next thing we wanted is to have our own team, a logo, an identity. A lot of requests followed from bikers who wanted to ride with us, so it was obvious we had to build a “larger” team. We called it “Social Cycling Club” and welcomed more and more HoB’s. 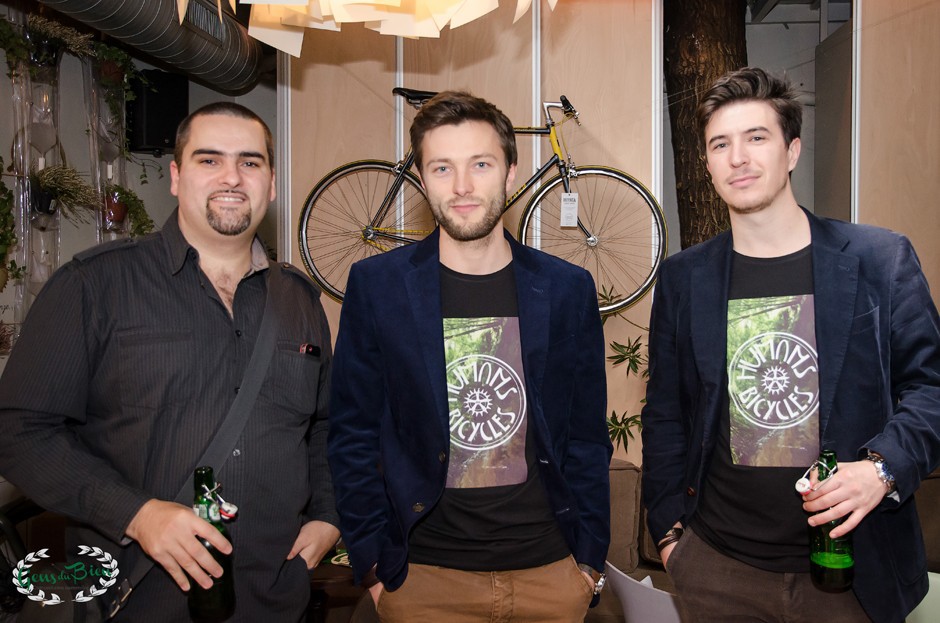 How did you build a community around HoB? If at the beginning it was just us and some close friends, right after promoting the club on Facebook, more started to join. We use Facebook as the main platform to promote ourselves and it’s where people can see pictures and get an idea on who we are, our events and the vibe around them. 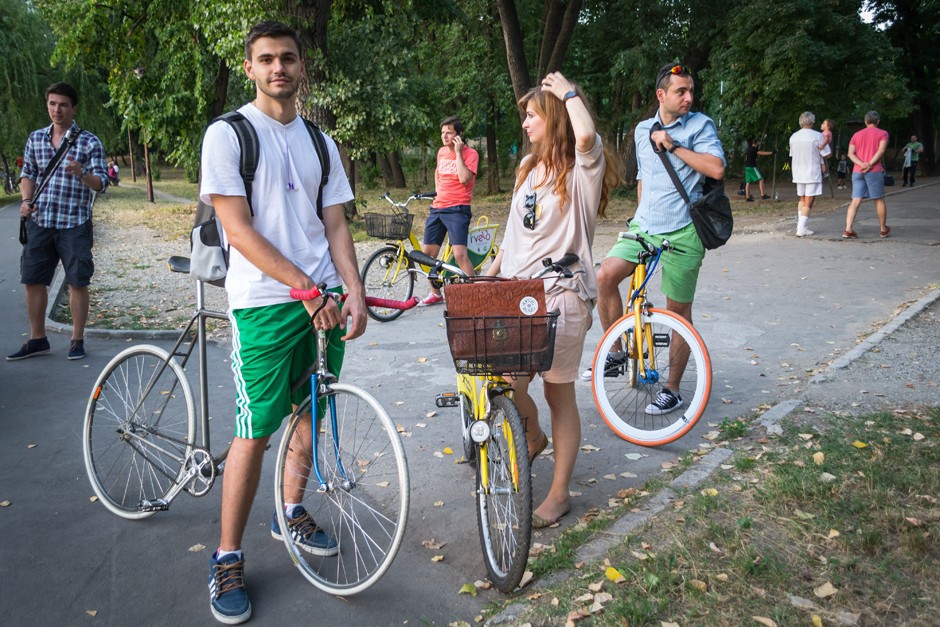 How often do you organise events or gatherings? As often as we can. All of us have jobs, so it’s not easy to find the time to organize and go on trips every week, but we’re doing our best. We’re trying to have at least one event every month. But to be frank, events we have mostly every evening, when after work we grab our bikes, get together and have some beers. :) 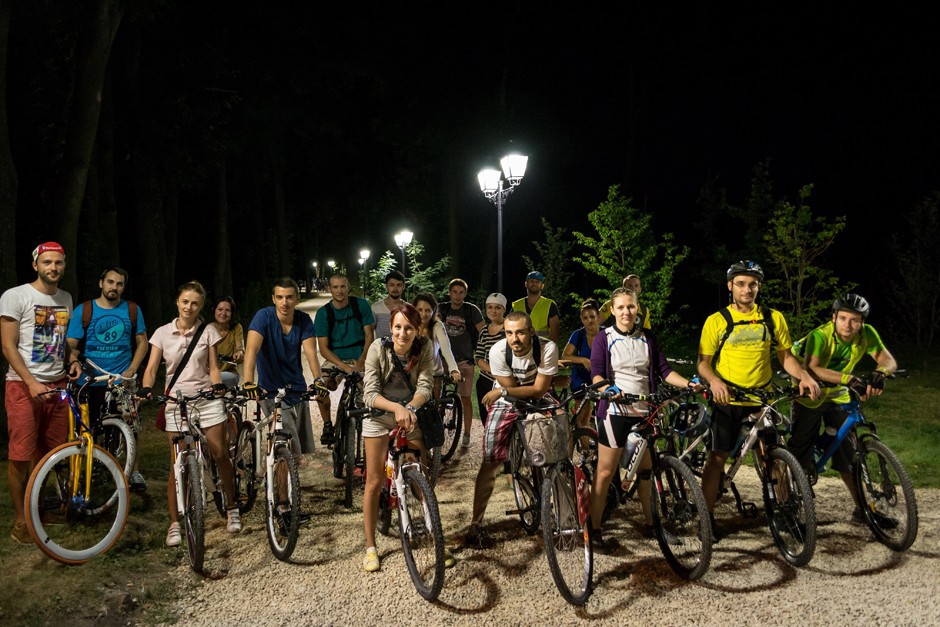 How do you choose the routes? Sometimes we use Bikemap (an app where anybody can record and upload his ride) to find new routes, or we follow the official tracks from different competitions. But most of the time we just get together and talk it over some drinks. Ideas for routes are plenty, if only we had the time to use them all... 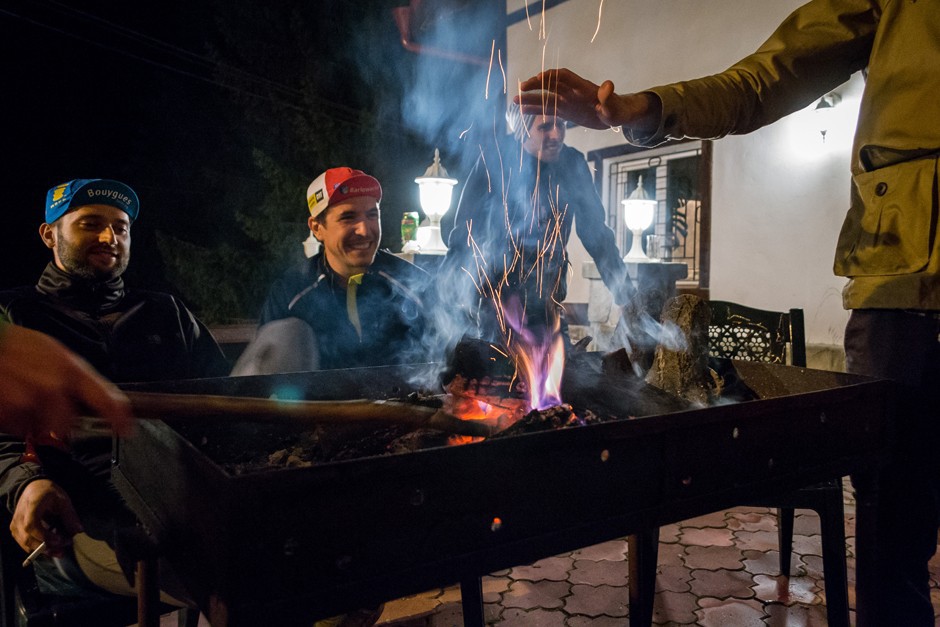 Please share a special HoB moment with us... We are people who like to hang out and laugh a lot so every gathering is a success from the beginning. A funny moment would be when after biking all day long on a trail in the Carpathian mountains we lighted up a fire at the cabin and tried to keep it going all night long while joking and enjoying some drinks. Also, another idea we invested a lot of time and energy in was “An Evening for the Humans on Bicycles”, an event where we tried to bring together people involved in the cycling phenomenon and to make their projects known. We were impressed that although it was a snowy day of November the bike racks outside the venue where full. 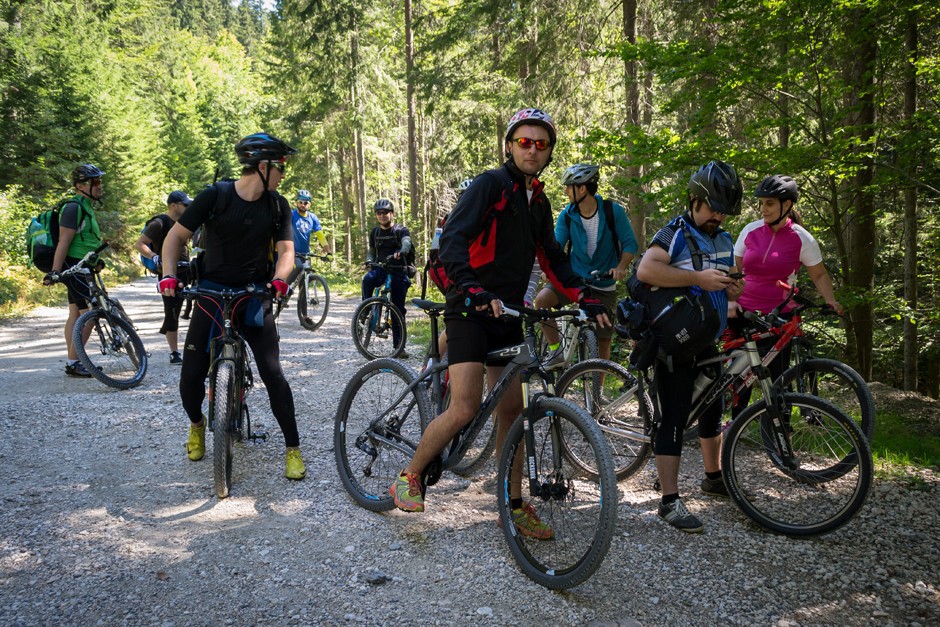 Ride on, HoB’s! Thanks a lot for contributing with this interview. For more information on the Local Heroes, Humans on Bicycles: https://www.facebook.com/humansonbicycles