Los Angeles meets itself on the Metro

People do in fact walk in L.A. They also use the metro. Los Angeles’s city and regional public transportation is an opportunity to change the way we look at our city.

When I tell people that my wife and I share a car and that we primarily rely on L.A.’s metro light rail system, I often get looks of disbelief. These looks are largely from people new to Los Angeles, or those who still aren’t fully aware the metro system even exists. But it’s possible, and it’s a lifestyle choice that many of us in Los Angeles. are now making. More often than not, it’s convenient to get around the city via L.A. metro especially during rush hours.

Sure, the system is not as widespread as New York’s or other major world cities, but the rise of ride share services like Lyft and Uber have closed the gaps between stations and your destination if it’s not within walking distance. Last year San Francisco-based Uber posted a press release to show how they compliment Los Angeles.’s transit system, saying that trips near metro stations accounted for more than 16% of its trips that started or ended in Los Angeles. The compelling part of this was a map showing those trips, which generally follows the L.A. metro light rail map. 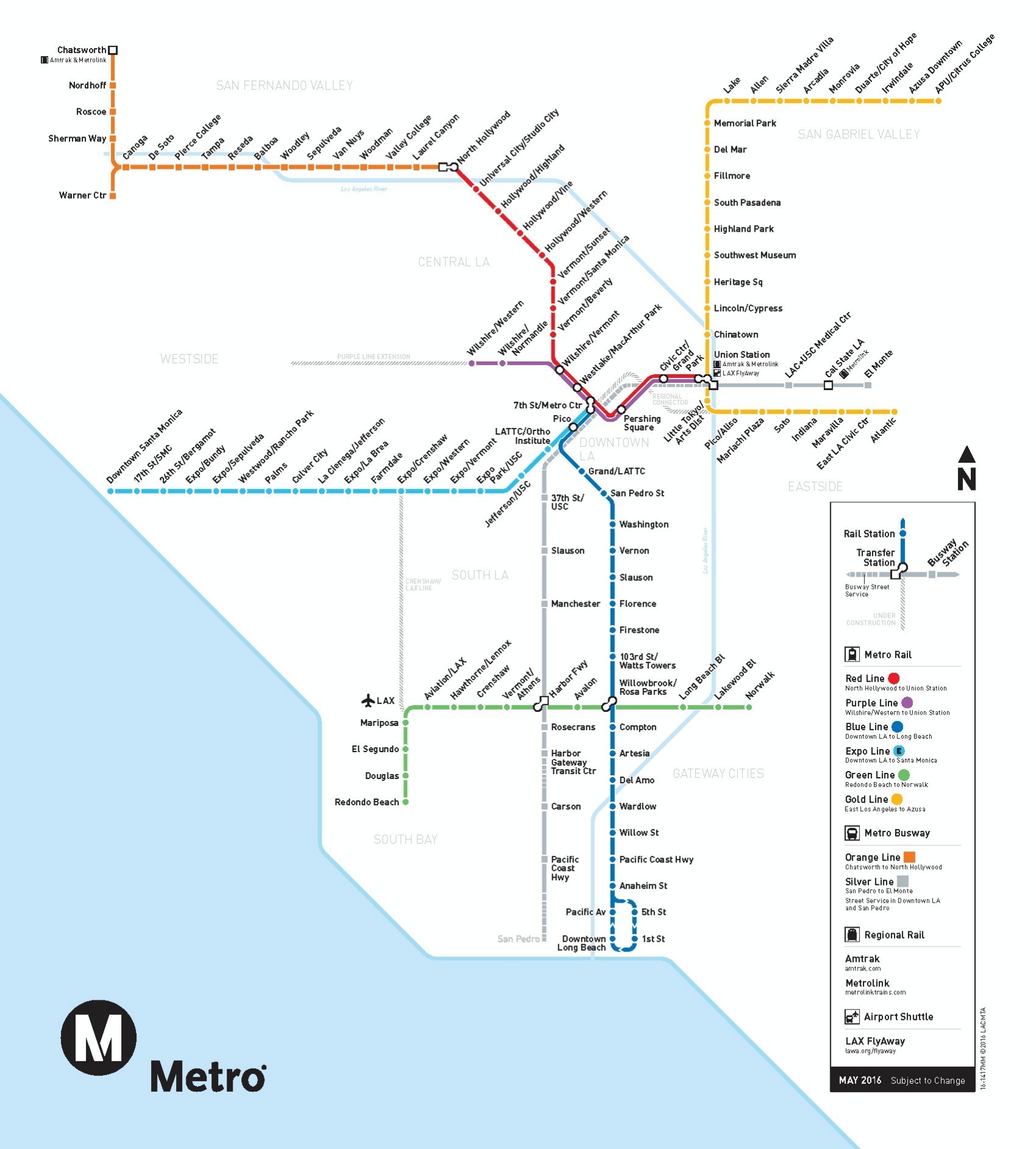 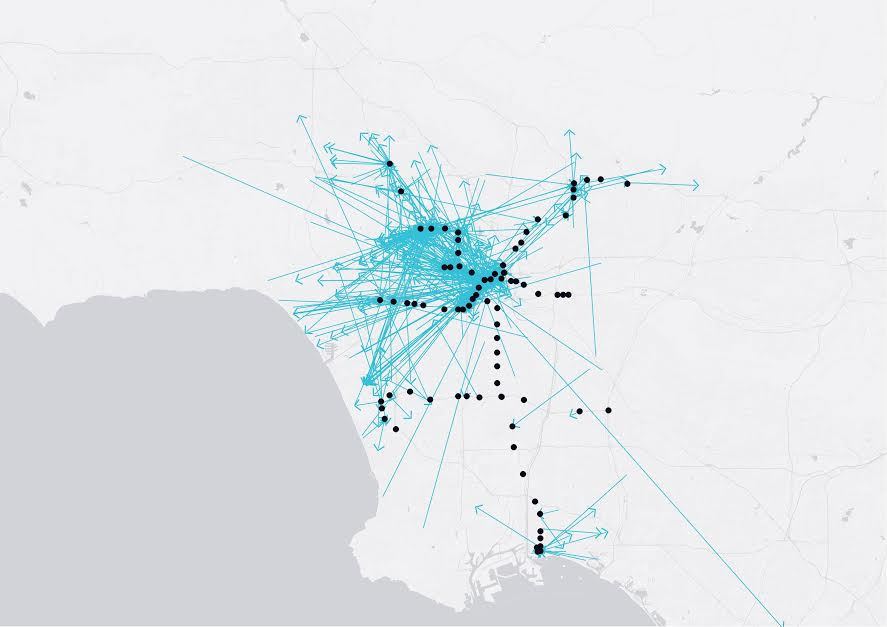 For now, the car is still the mode of choice for many Angelenos getting to work, but there are those of us who are going metro. Jason is a friend of mine who lives on the Westside. This is more or less anywhere west of the 405 freeway. He lives close to one of the new stops on the Expo Line, which was recently extended all the way to Downtown Santa Monica. Jason works for health startup Soylent out of their Downtown L.A. office. Most of the week he takes the Expo Line to and from work. In any other city with a major transit system, this would not be a big deal. But considering that, besides a sometimes-unreliable bus system, the only way to get around has long been to drive, this is a big deal for Angelenos. 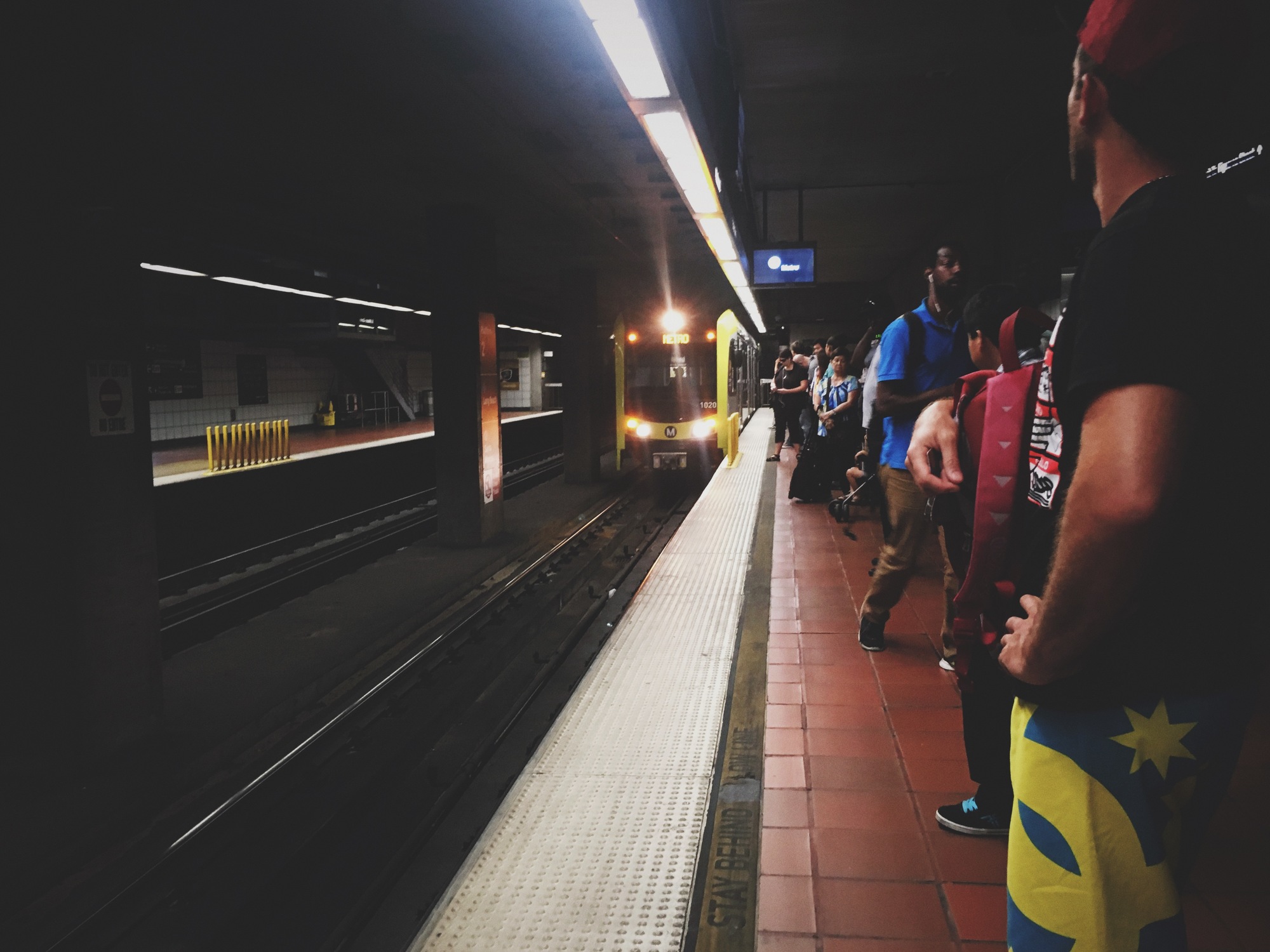 Growing up and going to the beach on summer weekends with my family, I never imagined that someday you could actually get to the beach on the metro. Later, even though I knew the Expo Line to Santa Monica was under construction and I would likely be alive to see it run, it never occurred to me that it was actually possible until I saw the Spike Jonze-directed film ‘Her.’ There’s a scene where the lead character played by Joaquin Phoenix takes the train from dense Downtown L.A. to the beach. He emerges from the subway’s subterranean platform and is greeted by the ocean breeze and sun. I may be partial to sensory romanticisation of experiences on public transit, but that film moment spoke to me—and I don’t watch many movies.

L.A. is the poster child of the car, sprawl, freeways and traffic jams. With more money being invested in our transit system, there is a sense L.A. is on its way to becoming the next great American city in an era where America’s great cities have already established their commuter rail systems. 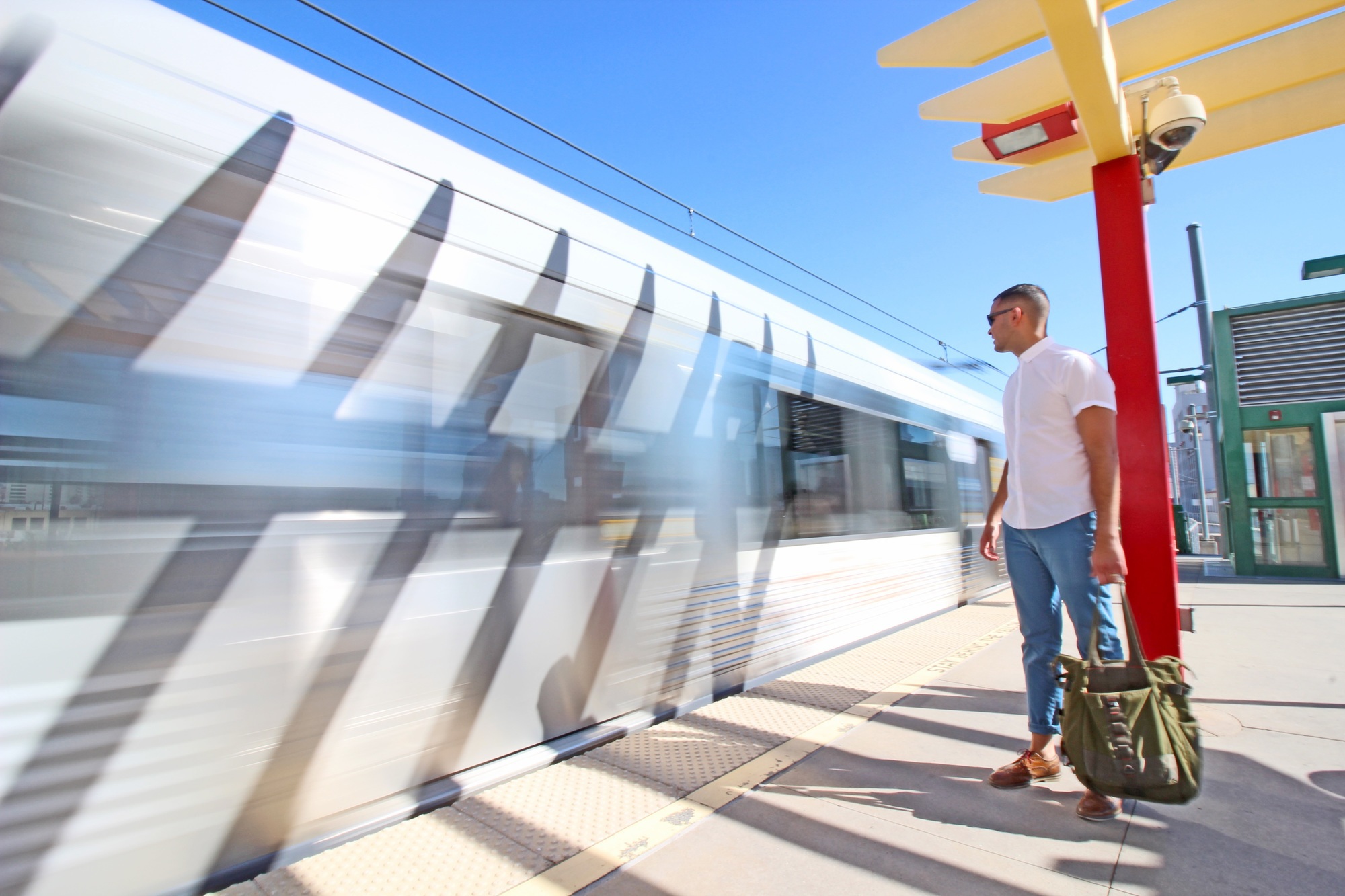 Between the metro and ride sharing, you see the bustle of immigrant families amidst ornate commercial buildings of the early 20th century in MacArthur Park; Koreatown’s Art Deco and Beau Arts storefronts colorfully hawk all-you-can-eat Korean BBQ along Wilshire Blvd—the boulevard once hailed as our Champs Elysées. On the Blue Line to Long Beach, as it cuts through the neighborhoods of South L.A., you can’t help recognize that poverty is still very much present in a city of so much wealth. 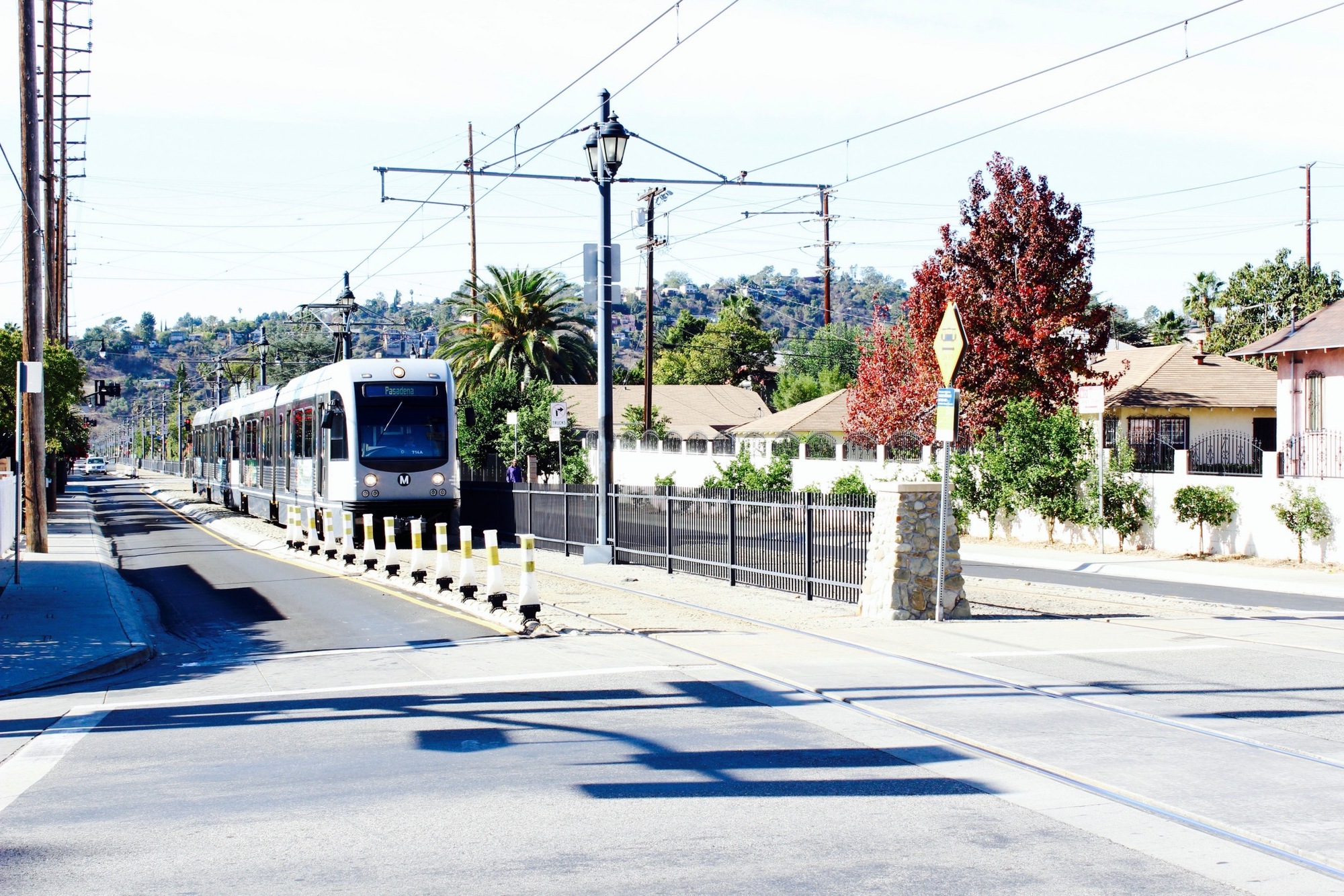 The Expo Line to Santa Monica is dreamlike in the afternoon as you pace towards the sunset. The Gold Line snakes alongside segments of L.A.’s first freeways, North East L.A. and its pockets of historically working class hoods. And at the center of this network is Downtown L.A., with its own cluster of neighborhoods that have re-emerged over the last fifteen years with a growing community of residents, offices, bars and restaurants. 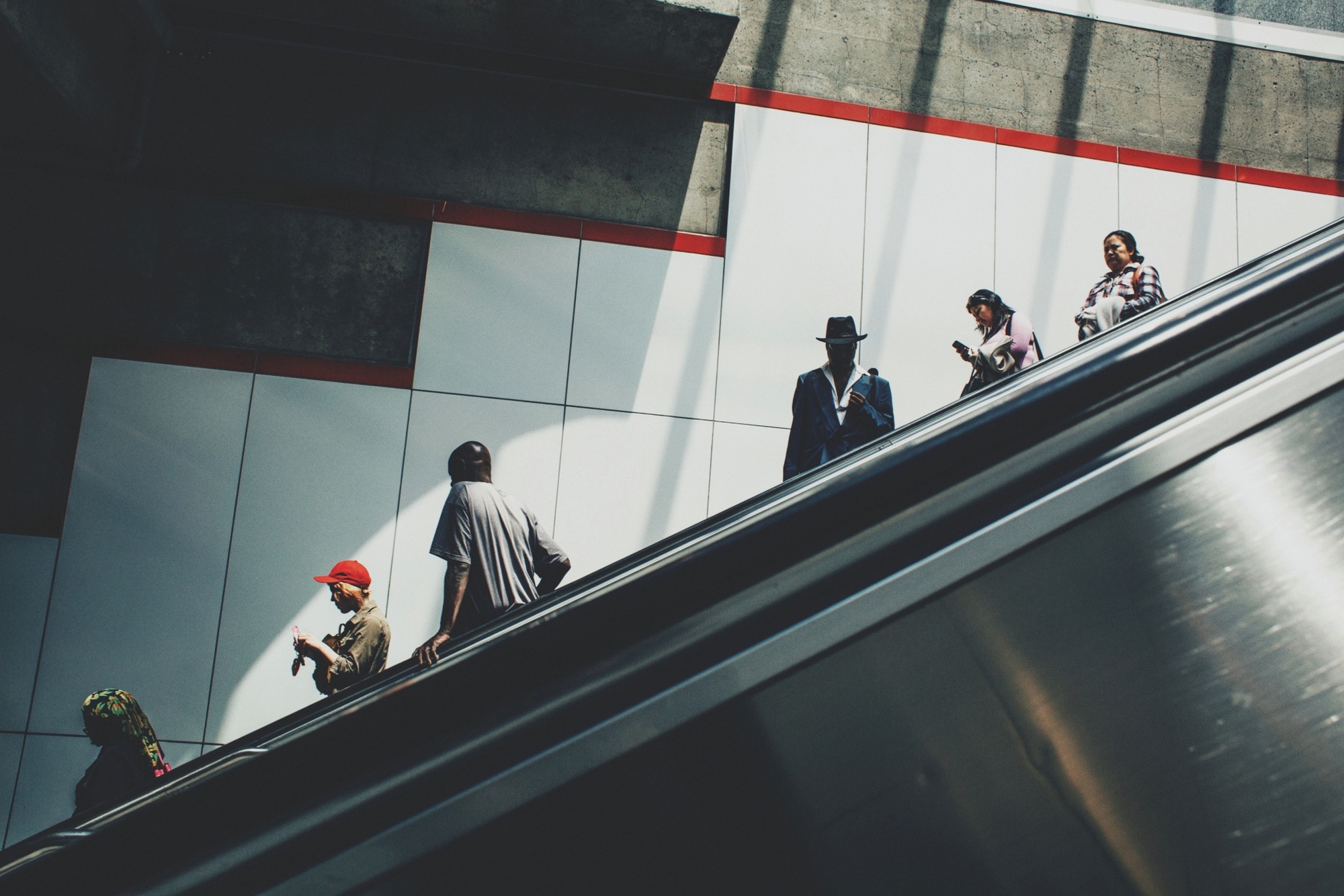 The metro system is not only allowing us to get to work and take care of daily errands (and bar hop), it is also introducing us to our own city. It is creating a thread between neighborhoods, unlike the destructive fragmentation caused by the construction of L.A.’s massive freeway system beginning in earnest in the1940s. And it has given us a new way to experience what so many come to L.A. for—our ocean breeze.