Lynn Olsen is ready to break into music

If you haven't heard of Lynn Olsen yet, you're definitely missing out. Her music career is about to lift off, from Amsterdam to the world!

Before her Spotify breakthrough, she tried to break into music several times, before she became a viral hit. She grew up in a small town called Borne and moved to Amsterdam to live the dream.

It took a while, but all of a sudden Spotify noticed her music she 'just put on Spotify to see whatever happens', and they positioned her cover of Aaliyah's 'Are you that somebody' on the 'Discover Weekly' list. Things got crazy from that moment on, as she entered the 'Global Viral List' of Spotify ending up at #3 for quite some time.

Lynn is exceptionally talented. Not only for the beauty of her voice, but also because she puts so much effort and passion into what she loves doing most: making music. I had a stroll with her on Wibautstraat, talking about Amsterdam, music, and everything in between. 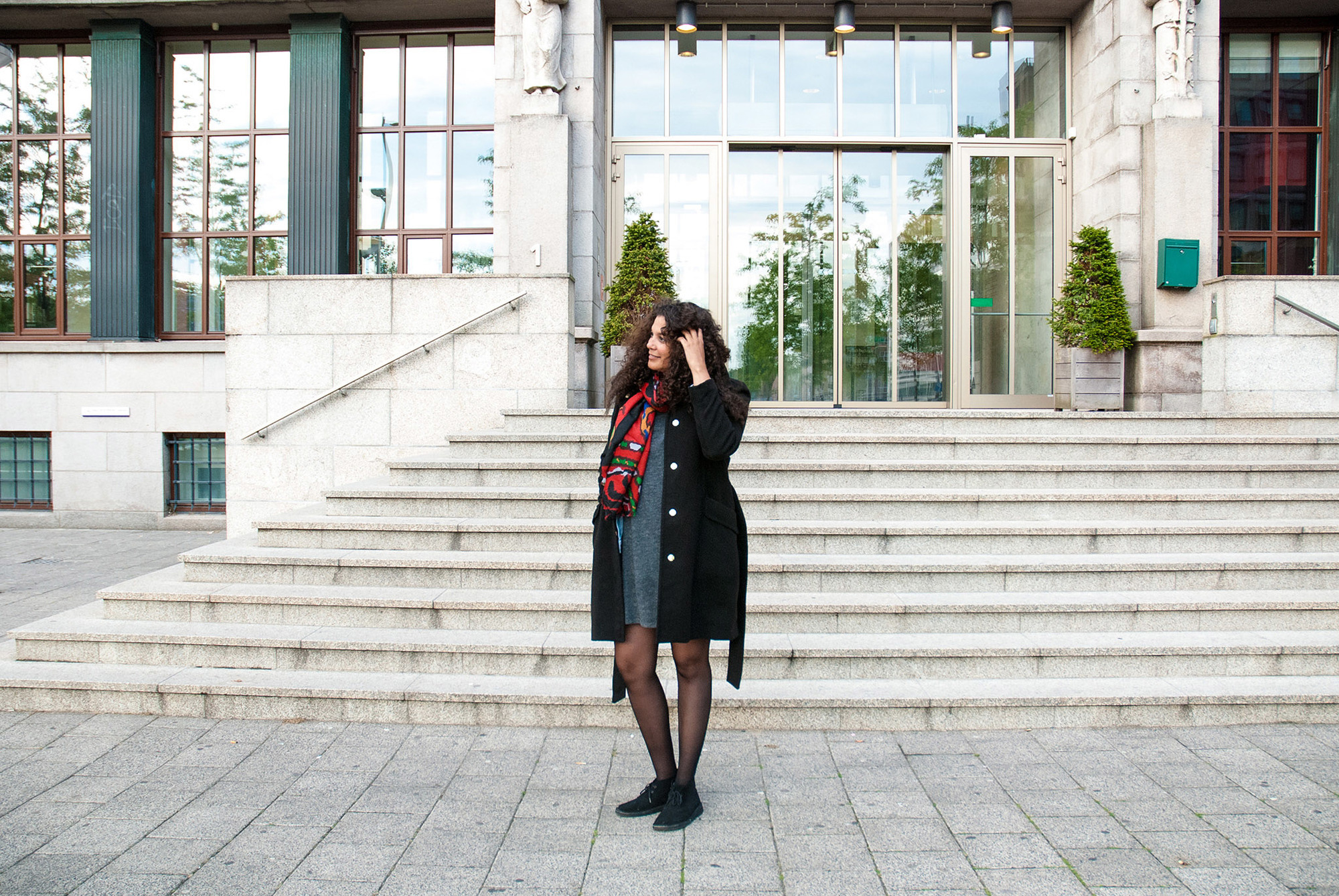 All of a sudden you became 'That Somebody' and received a hurricane of media attention. Has the storm died down a bit?

Well, there's still so much going on, but I can see clearly now. Let's say that I know what to expect, and how to respond to it. There are still so many people who would like to help me to take my career to the next level. Good vibes only!


So many people still love Aaliyah's records, so there's a big fanbase out there!

Which part of becoming a 'hype' did you find most interesting?

It's nice to see that the public has made me a 'hype', instead of the industry. That’s very important to me, because at the end the public is the actual judge of my music. They can either make you or break you. So it’s nice to see that the public has a bigger voice then ever. Five years ago the radio stations and TV stations, and let's not forget: the labels, were the boss, and decided how the world of music rolled. Nowadays, everybody chooses for him/herself what they would like to listen, when and where. It became something more fluent.

Your cover of Aaliyah's 'Are You That Somebody' got on Spotify Viral Charts and Discover Weekly. What elements of your music do you think people love the most and finding it very contagious?

The song sends everyone back to the days and reminds them to their youth. So many people still love Aaliyah's records, so there's a big fanbase out there! The emotional part of the song really plays a big part of the 'success'. And I also think the lower sounds  make people love the track. It’s not a happy, sugar coated poppy kind of song. It’s different.

You're around for quite some time already. I remember seeing your performance a couple of years ago during ADE (Amsterdam Dance Event). Which learnings do you have from it back then and are you using in your career now?

Well, I did so many things! I always was the girl who would grab every opportunity with both hands, because I wanted to discover: as a person, as a professional musician and artist. So I learned from that experience, that this wasn't for me, but I’ve tried it and it made me the person and artist that I am today.

Back then, you were more into EDM. What we're hearing now is different. Why's that?

I still make poppy top-lines for DJ's, but its different now. I wanted reposition myself, and I always thought that working with a popular DJ would give me that boost I needed. But now, it seems that's not really the case. But don't get me wrong though, I still love dance music and I still love to write EDM lines, but it just isn't a fit for me as an artist. 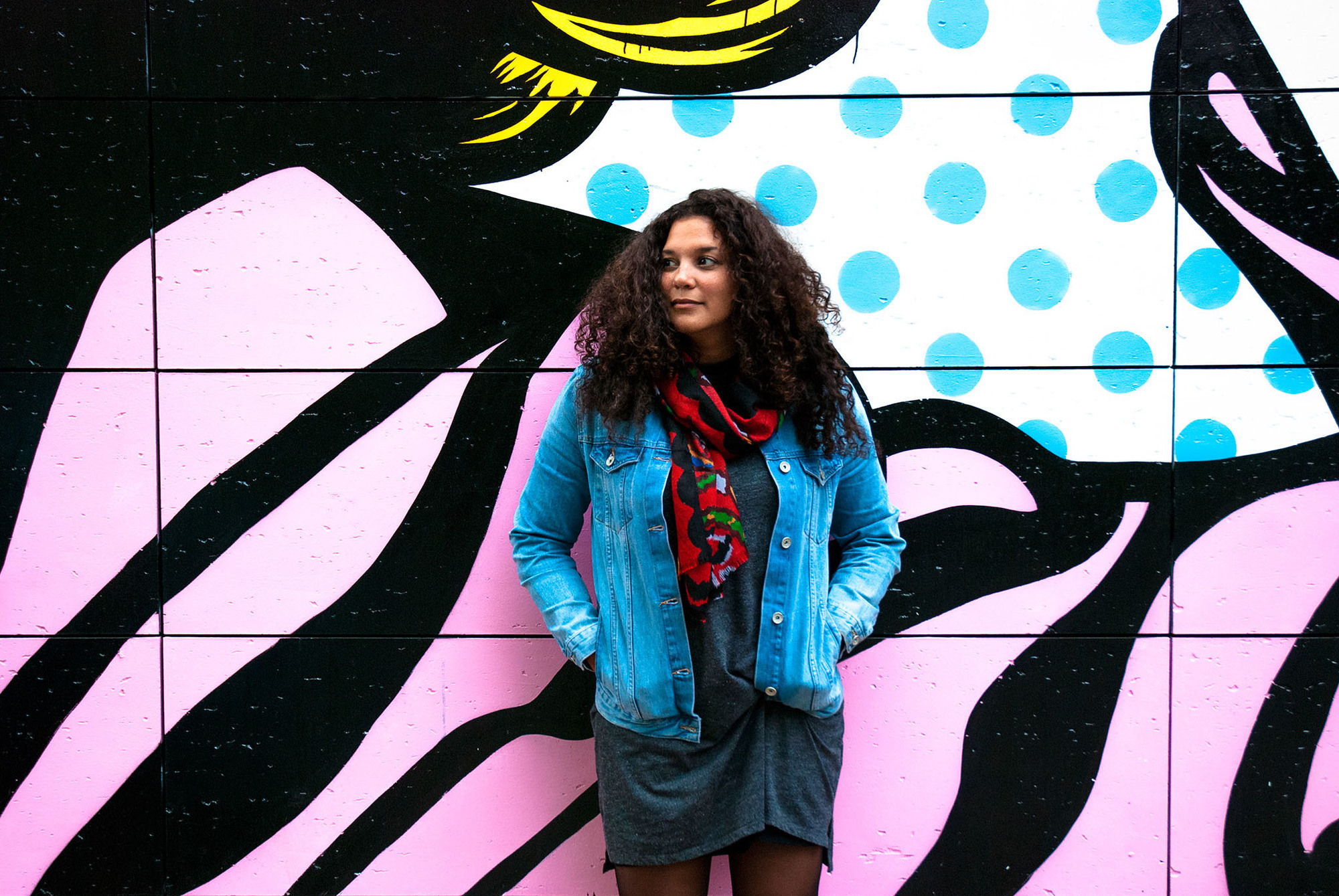 It's obvious you're doing something good, and different. What types of music do you hear around you that are upcoming? And can you stand out?

I love the new Alicia Keys track, the new Drake album gives me life and I love all the 'African' influences that are really becoming a thing now. But my favourite artist at this time has to be MNEK. He had a big hit with 'Gorgon City' a few years back, 'Ready For Your Love', and last summer he had a massive hit with Zara Larson: 'Never Forget You'. I love his voice, his melodies and his independence. He's just the most talented writer at this moment and I see myself doing the same stuff in the near future: writing great songs and working with great people. Nothing more, nothing less.

What is it like to be a sing and songwriter in the city of Amsterdam?

It's nice! I love Amsterdam and all of its hidden spots. And there are so many nice studios in Amsterdam, with literally all the high tech stuff. So I feel blessed to be working here.

Where does most of your writing take place?

At home. Quiet on the couch. With no one around. I’m a little bit of an loner. I like to be alone. And when I write music, I have to be alone. That’s something I really have to work on. Or maybe not. 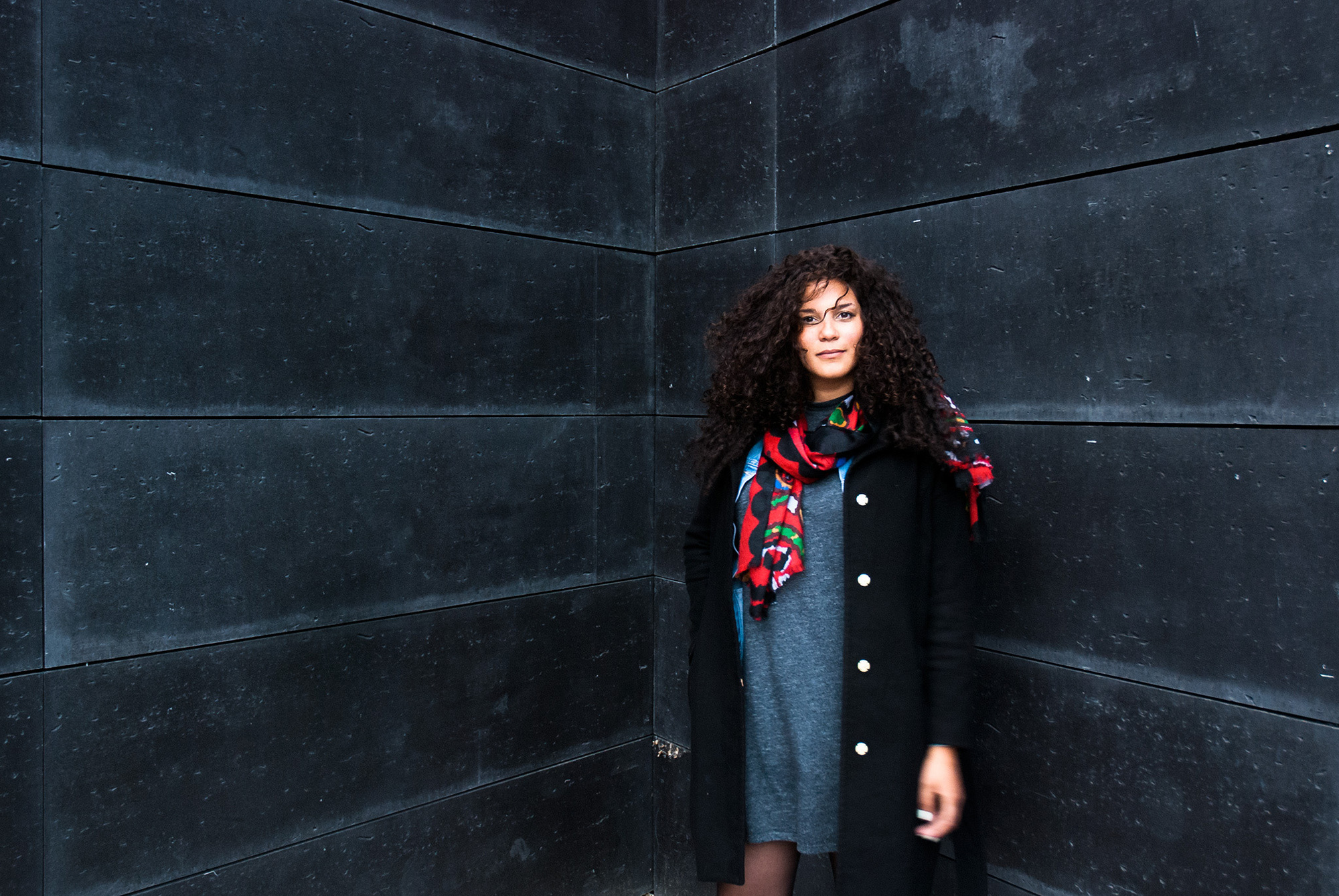 How did the city mold you into the person you are today?

Well, I'm from a small town called Borne. That’s in the East of Holland. Amsterdam has taught me, that it's not about being arrogant or selfish to believe in yourself. The city taught me that it's fine to believe in yourself, and that everything is possible! I would'nt have gotten this opportunity if I hadn’t moved to Amsterdam in the first place.

It's obvious your career is about to lift off and there's a big chance that you'll be leaving Amsterdam soon, right?

I don't think I will leave Amsterdam soon. In fact, I'm looking for a new apartment as we speak, so Amsterdam: I'm not done with you, yet!

Achievements like these are door openers, but what's next?

I'm talking to different majors in the music industry, and we're making a plan to make the cover bigger and reach an even larger audience. And there's also a new EP coming up! So much to do in so little time, but I love it and enjoy every single bit of it. You will never hear me complain! 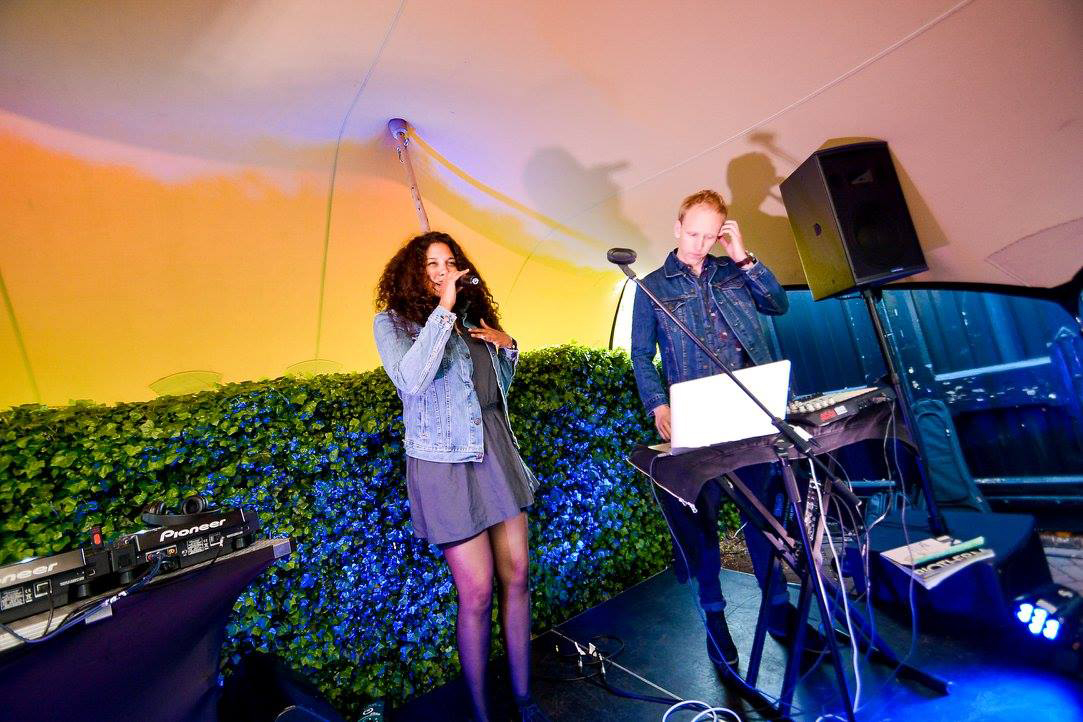 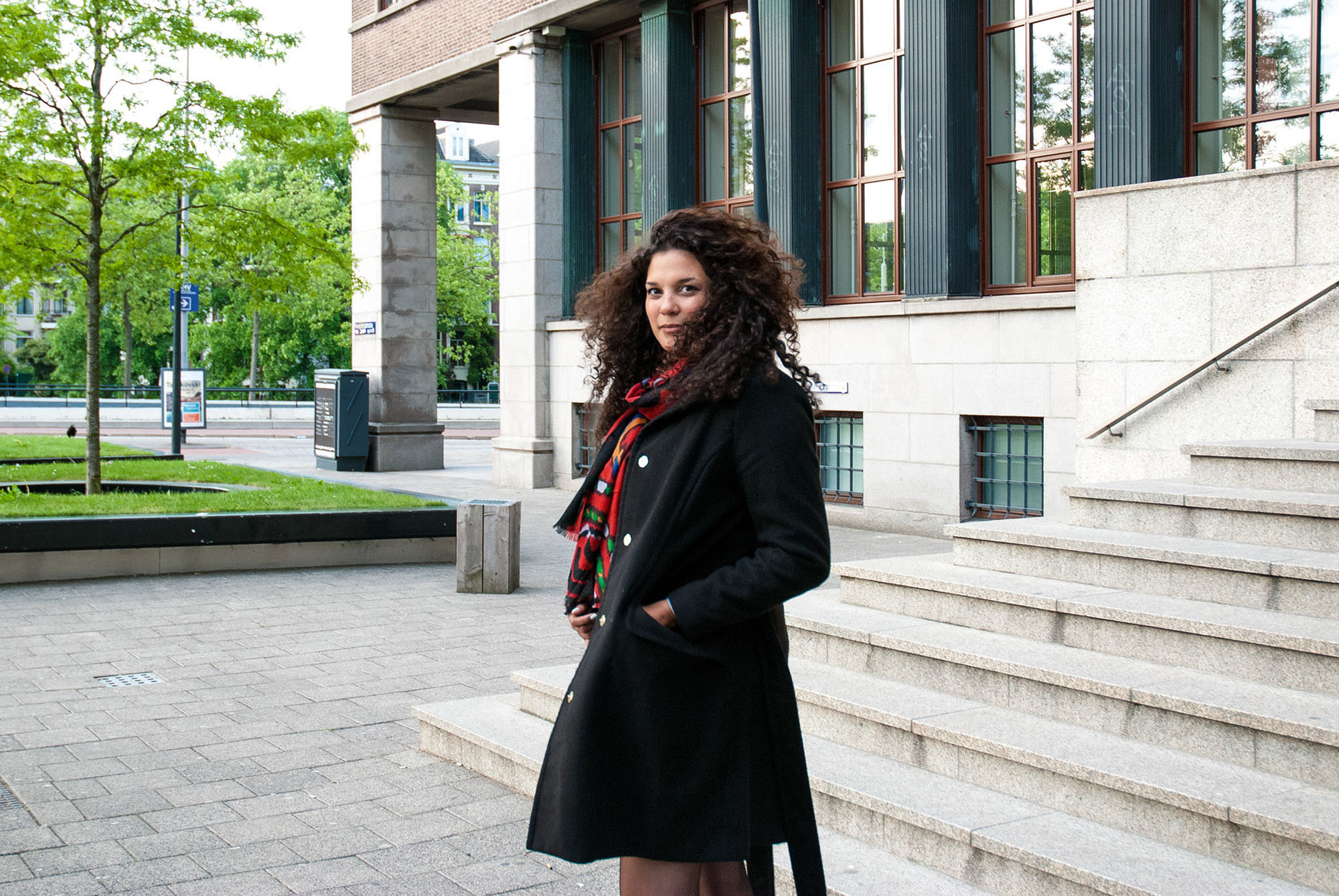 Thanks Lynn for the great interview. We wish you all the best of luck in the crazy music industry of Amsterdam! You can do it girl!