A good cup of coffee really is something. For the more obsessive fans, like myself I suppose, it can easily impel you to sacrifice certain things - savings, time or daily plans. It is worth, for example, travelling that little bit further for, even when there are other options closer to home.

I suppose this goes for many things in life - when you know there is something good out there, the notion of settling for less seems somewhat ridiculous. 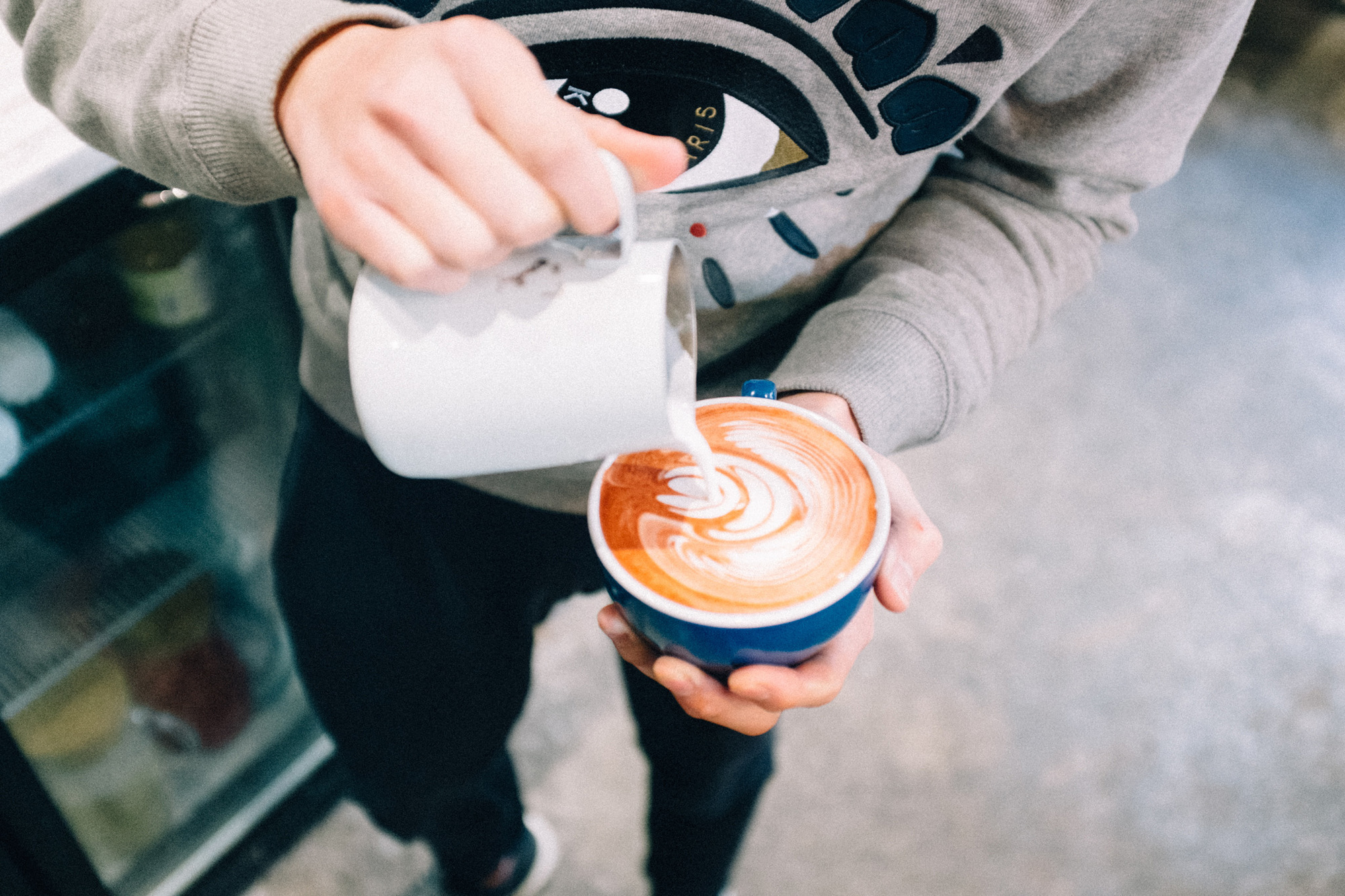 The people behind the bar.

And so knowing there is that good cup of coffee at HanSo, Madrid’s newest addition to the little selection of speciality coffee-shops that the capital offers, I do not deliberate much over my moves: I head straight there, even if it is three suburbs away from home.

Nico, together with his wife, Eva, and younger brother, Enrique, make a hell of a team. In as little as barely three months, the HanSo crew has changed from being the “new baristas” in town to friends: almost everyday I come here for coffee, but end up standing around and chatting about this and that, about all those little things that fill our days. 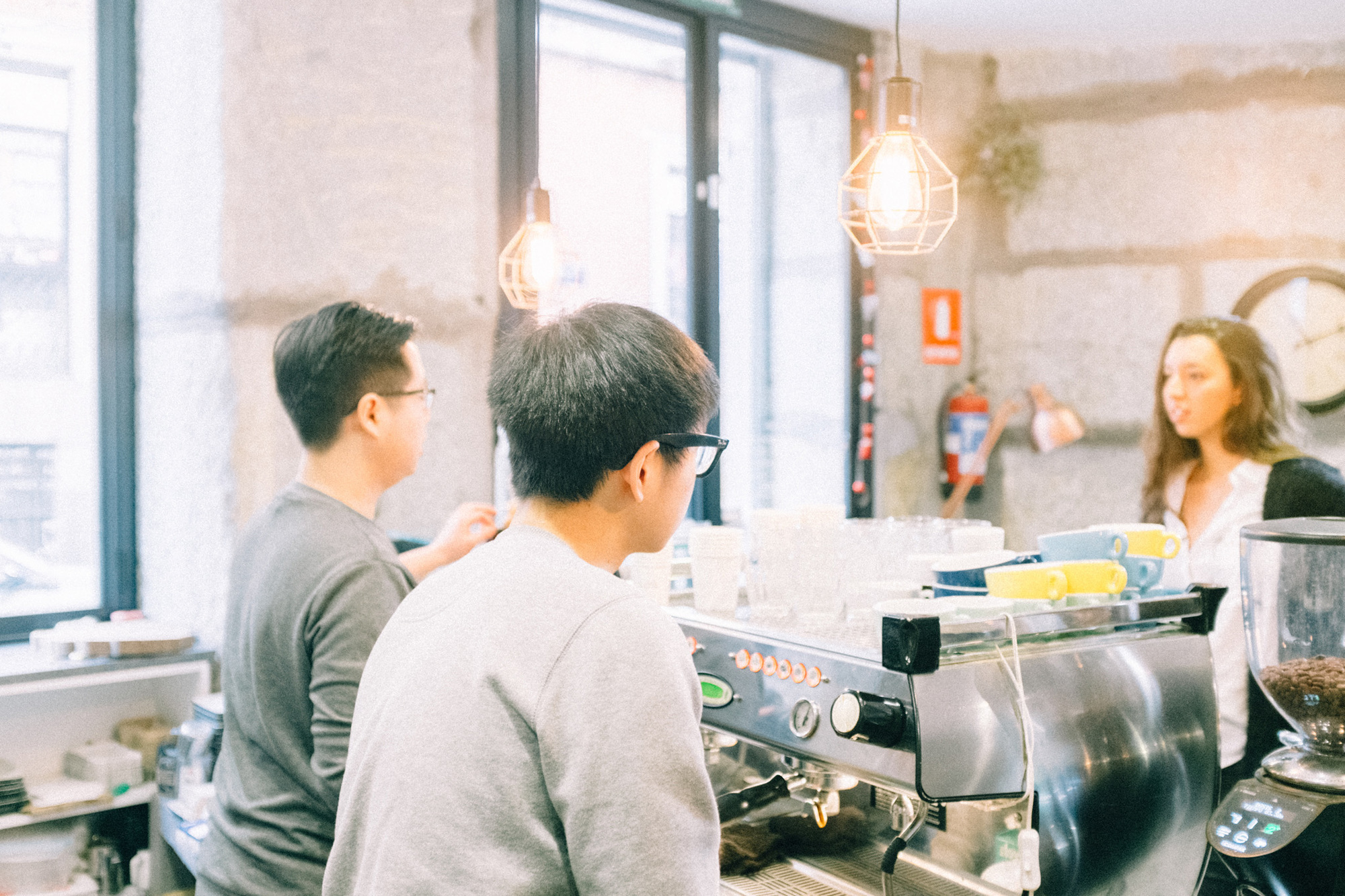 Changing the image of the Chinese population in this city.

Alongside delighting Madrilenians with their coffee and rather elaborate menu - from matcha lattes to red velvet hot chocolates to various infusions as well as Eva’s sweet creations in the form of matcha cakes, cheesecakes, Portuguese tarts to name just a few - the HanSo crew is also, subtly, adding a new story to the make up of Madrid: they are changing the image of the Chinese population in this city.

Despite being a rather populous, contemporary and to an extent influential European city, when it comes to prejudice towards those individuals that come from certain foreign communities, Madrid is still developing. 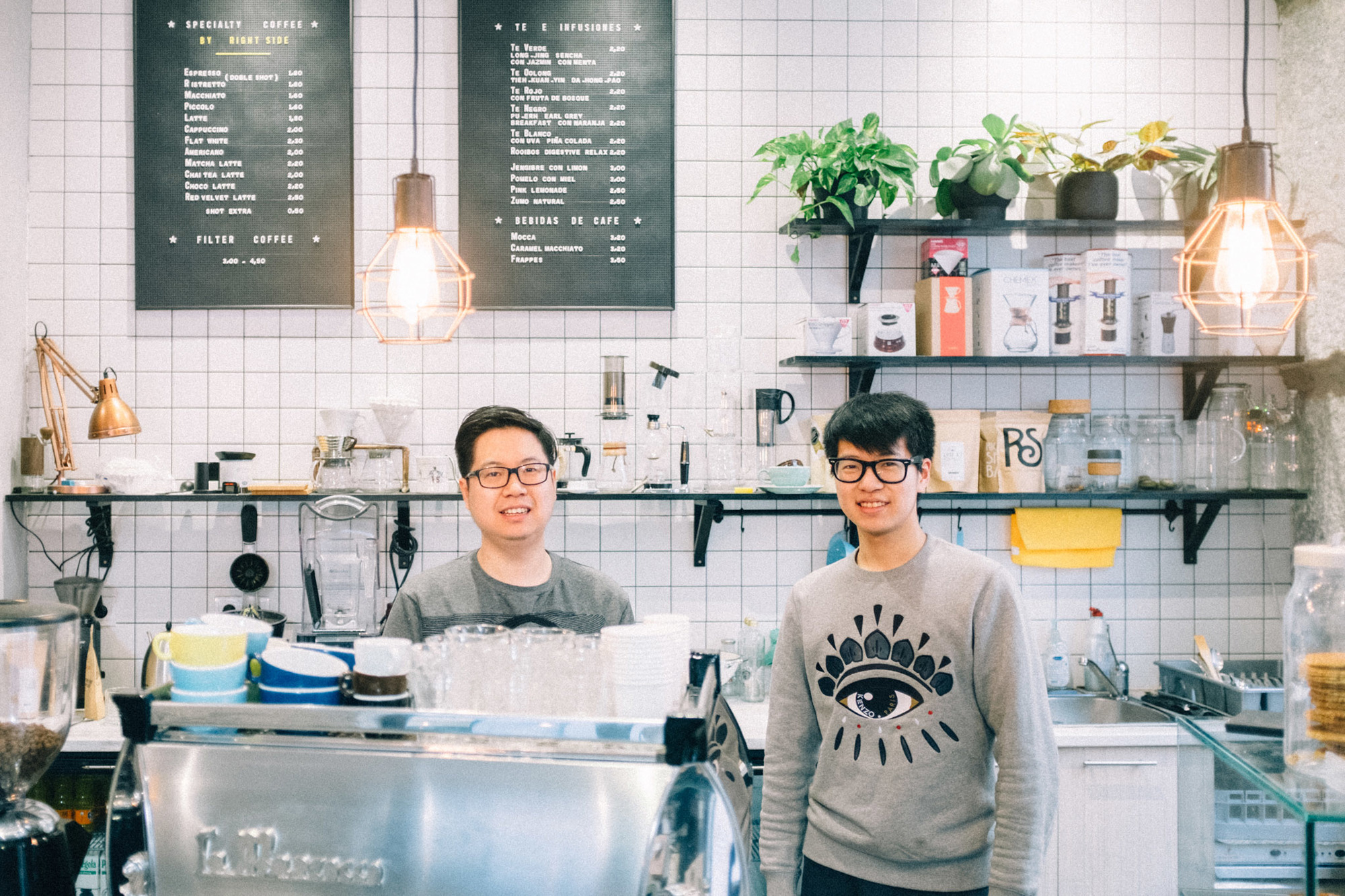 It is still, for example, seen as quite unusual to see individuals from the Chinese community working outside of the multitude of Bazaar shops and food kiosks (tiendas de alimentacíon) that line the streets of Madrid; and so even by doing something as seemingly normal as owning a café in the very heart of Madrid, HanSo is the impetus that Madrid needs to catalyse a change of attitude and perception towards those Madrilenians that have backgrounds from other cultures.

Strange can be solid.

Of course, owning a café is far from normal. People talk about it, many people: most people have at least a friend with the grand plans of opening up a bar or café. Only a few, in the end, do it.

In Madrid, where the terrain for new projects is not only still shaky due to a market only now recovering from years of struggle but one that is also favoured by quite traditional tastes, HanSo - based on a menu laced with ingredients not so common in the average Madrilenian coffee shop or bar - is that strange new kid on the block. However, so far it is apparent that it pays to be that strange kid: even in its infancy, HanSo stands solid. 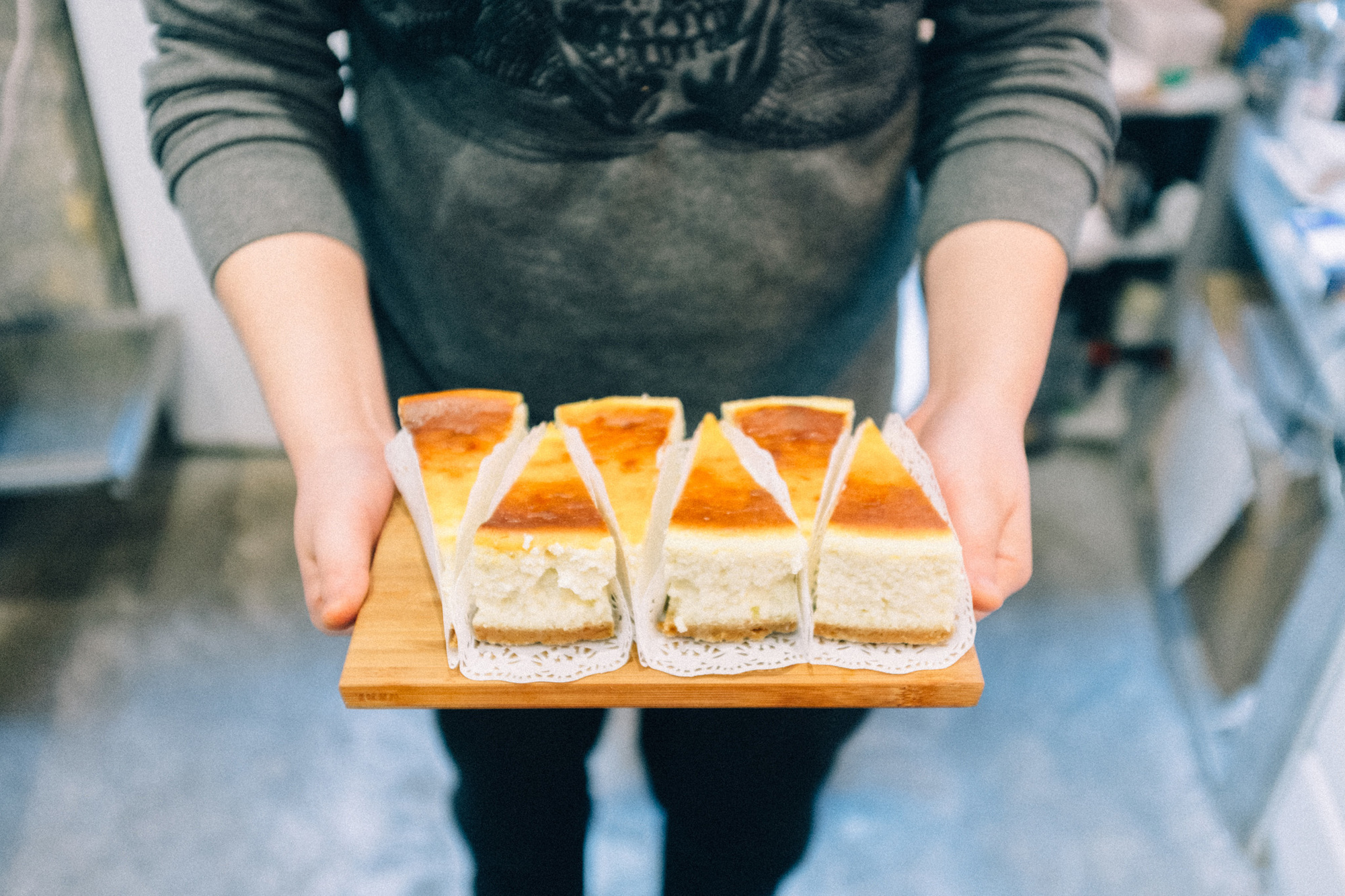 Putting heart and soul towards the same thing.

The success of HanSo is not only a consequence of the crew’s welcoming and charming personalities, or of their preoccupation with quality ingredients and offering original recipes; the café’s already loud presence across Madrid’s coffee culture circles is also largely due to the family’s firm philosophy in working together.

Nico assures that the notion of a couple working together - a notion that freaks many couples out (in fact, I have read whole articles dedicated to exploring this topic) - is something that is very normal within the Chinese culture: couples and families always work together, Nico elaborates: working alongside Eva strengthens us and our project because we have the same goal, we are putting our heart and soul towards the same thing. 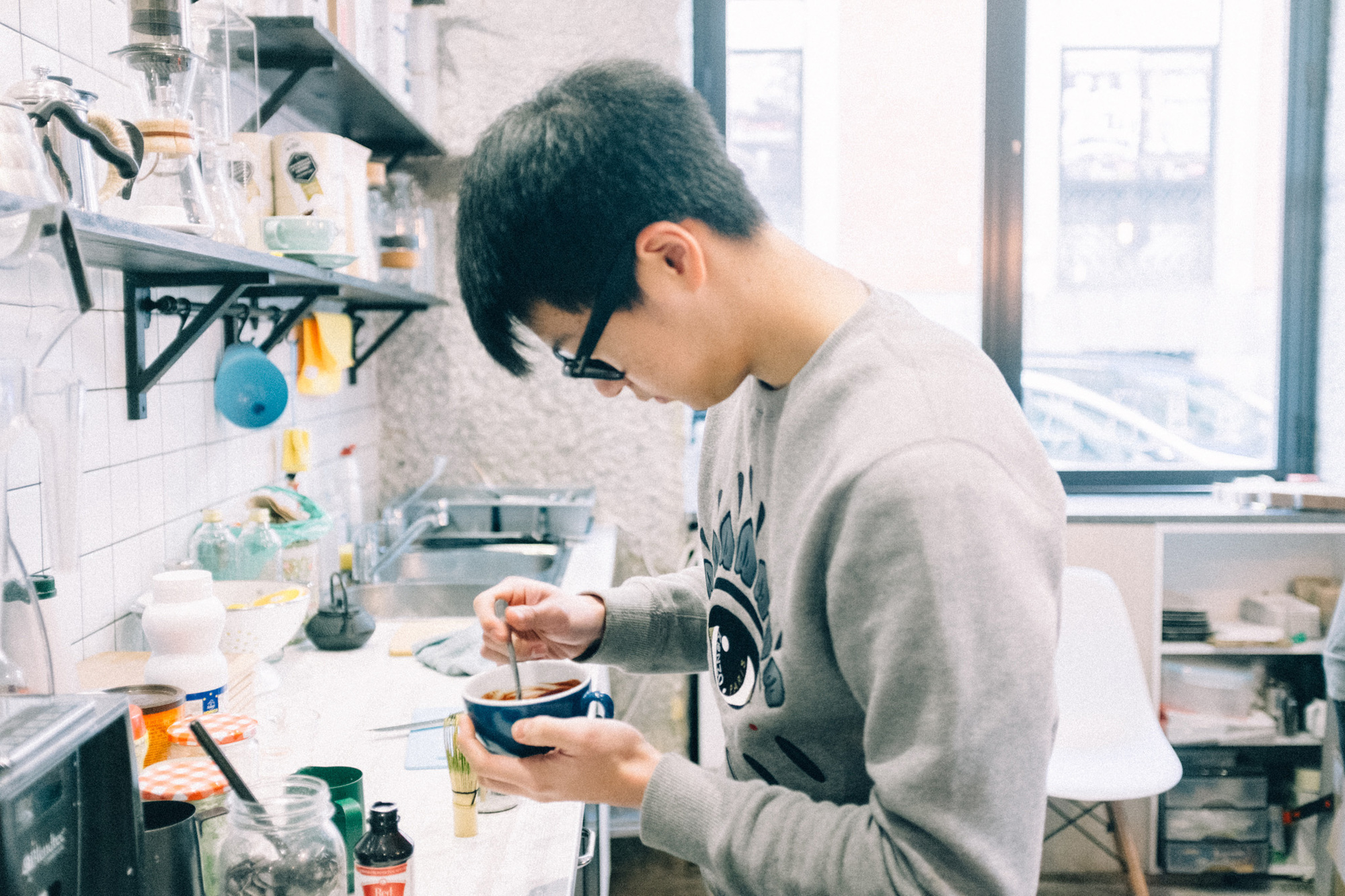 It is this philosophy that has enabled the couple to launch a somewhat prequel to HanSo - a modest-sized café in the capital’s outer suburb of Usera - where, whilst getting comfortable with all the intricacies that come with working behind the bar (or, in the kitchen), Eva’s cakes first became the talk of the suburb, and Nico pursued his knowledge of the world of coffee. 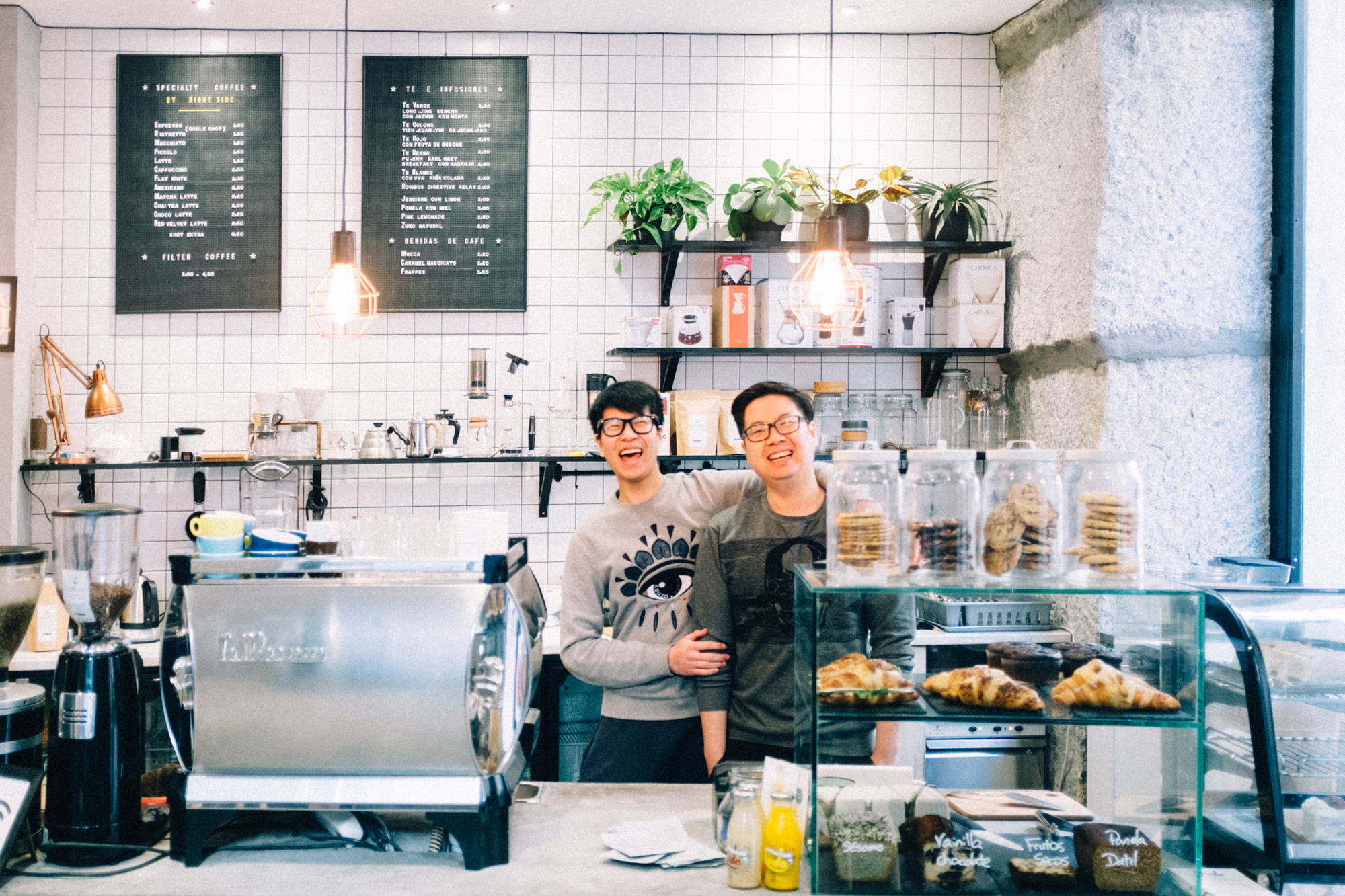 Living your own specialties.

Today, although working towards the same goal, in the vast space that the HanSo locale offers, both Nico and Eva are able to explore their own projects in their respective corners.

Whilst the boys - Nico and Enrique - further explore their curiosity and tastes for coffee at the front bar, laden with all sorts of elegant coffee apparatus - curvy glass flasks, jugs, so many beautiful shapes - as if it were a chemistry lab, Eva lets her creative desires wild in the kitchen, adding this or that to those cakes and tarts that, just like in the previous café, have almost become the speciality of HanSo: everyday, customers pull wild faces as they eat spoonfuls of the variations of matcha cakes, cheesecakes, tarts. 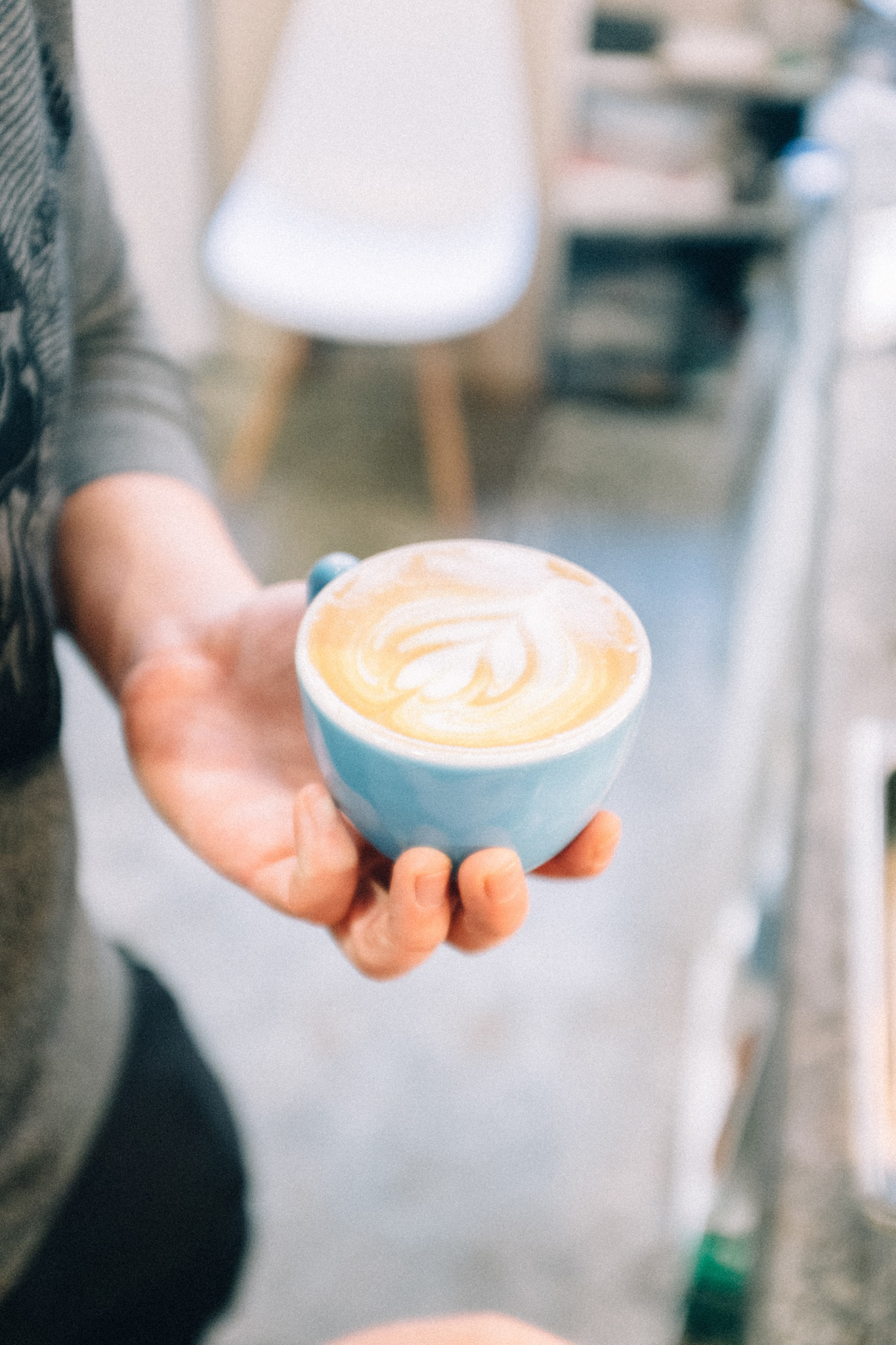 Albert Einstein once articulated a cliche succinctly when he said - “A ship is always safe at the shore - but it is not what it is built for”. I am not here to regurgitate obvious advice, but I would like to emphasise that HanSo, this strange new kid on the block, one that offers tastes and textures very distinguished from all the other numerous locales that line Calle Pez, or most other streets in the inner city of Madrid, is testament to this idea: try new things, be proud of it, and good things come.

All imagery to the courtesy of  Madrid captain & photographer Adrian.