Olga takes us on her most favourite Sunday activity in Madrid's popular neighbourhood La Latina.

A Sunday in the city is reserved for only the slowest of things: coffee dates that drag across the whole of an afternoon, beer in the sun, lunches made of many courses and, if the city where you happen to live is Madrid, the Rastro. 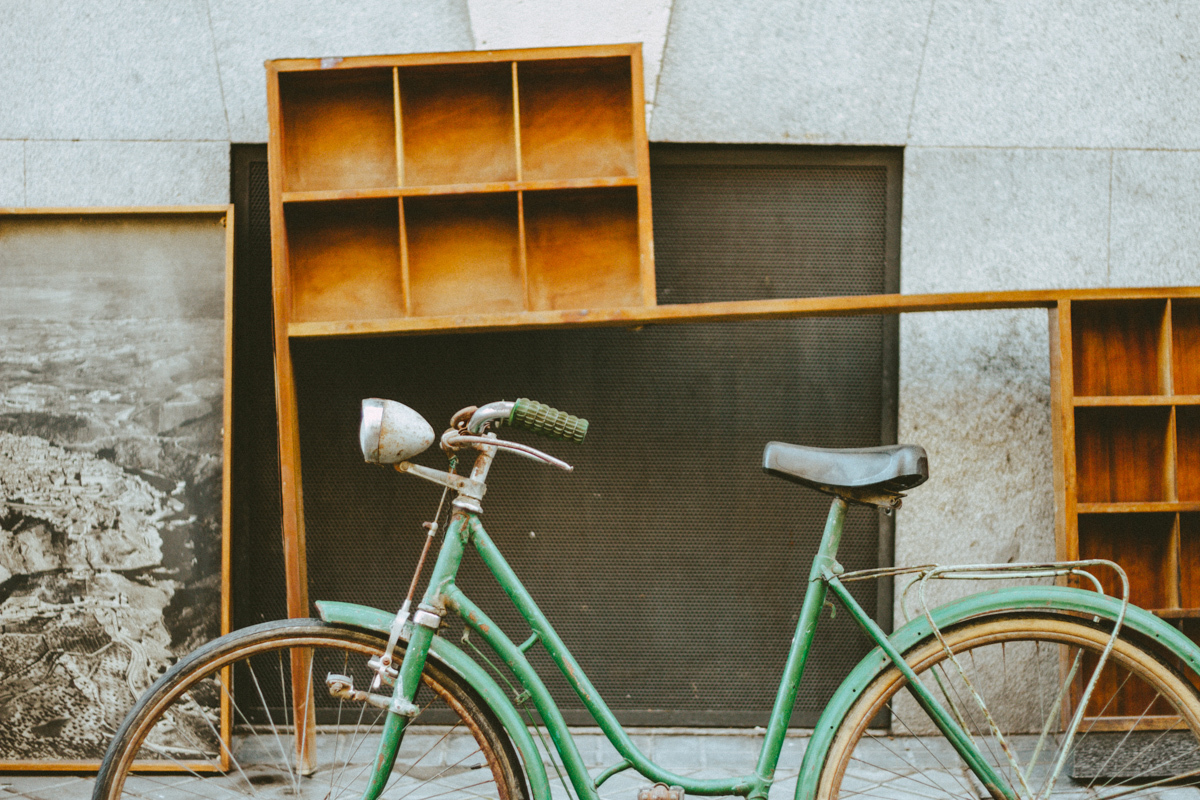 El Rastro, the capital’s most popular open air flea market, spreads across the many intricate alleyways of La Latina - Madrid’s oldest neighbourhood - and concentrates around the Plaza de Cascorro and Ronda de Toledo.

Blankets spread out along the alleyways that thread the market together, filled with whatever their owner decides to sell: all kinds of gems and trinkets that once decorated shelves and tables of strangers’ houses, some perhaps resembling the mysterious charm of talismans; as well as seemingly useless knick-knacks - old taps, rusty keys, screws and pieces of tiles - whose value depends only on the discernment of their new owner.

There are old leather boots and Russian-made binoculars, there are stacks of books as well as comics, there are metal cigarette cases, earrings entangled with silver and gold and stainless steel chains, there are hats and bruised CD Walkmans, there are vinyls and cassettes. 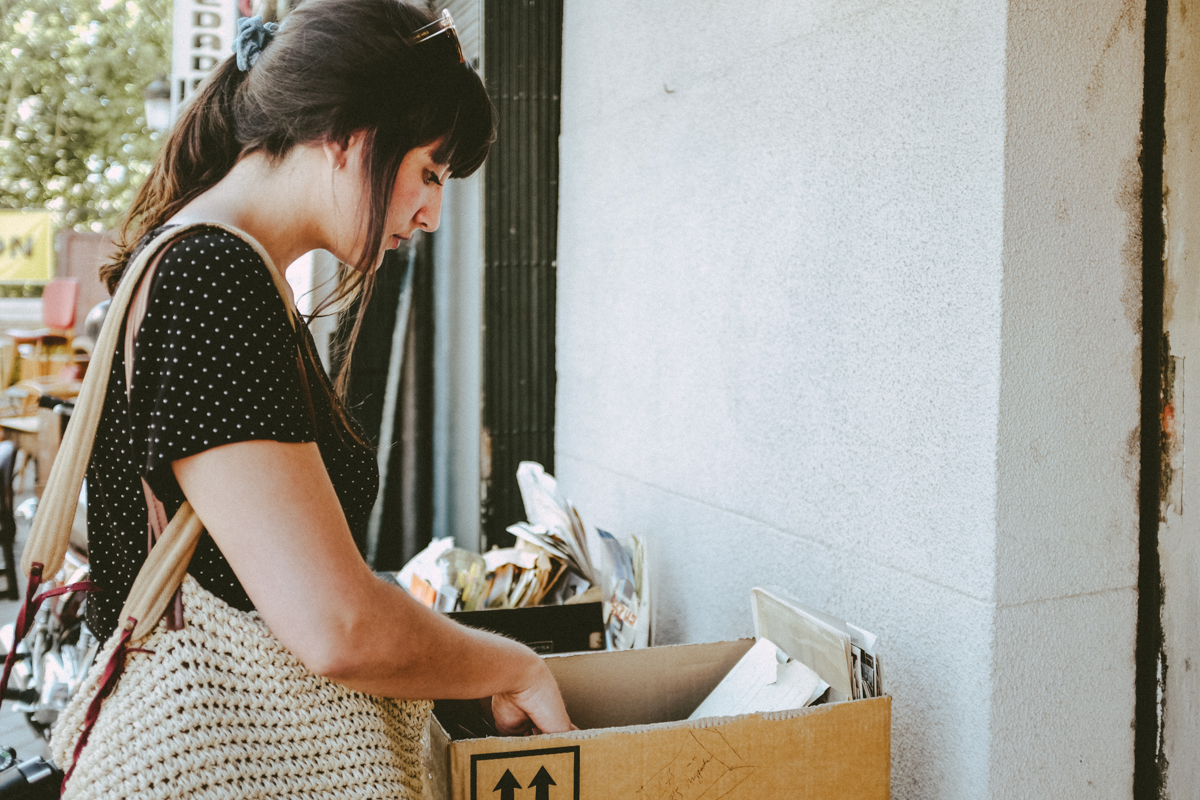 Every so often, every few stalls, you can come across perhaps more ambitious pieces up on offer: pieces of furniture dating back a few decades ago, hand-crafted vintage costumes or sets of hardy, yet elegant sets of cutlery. 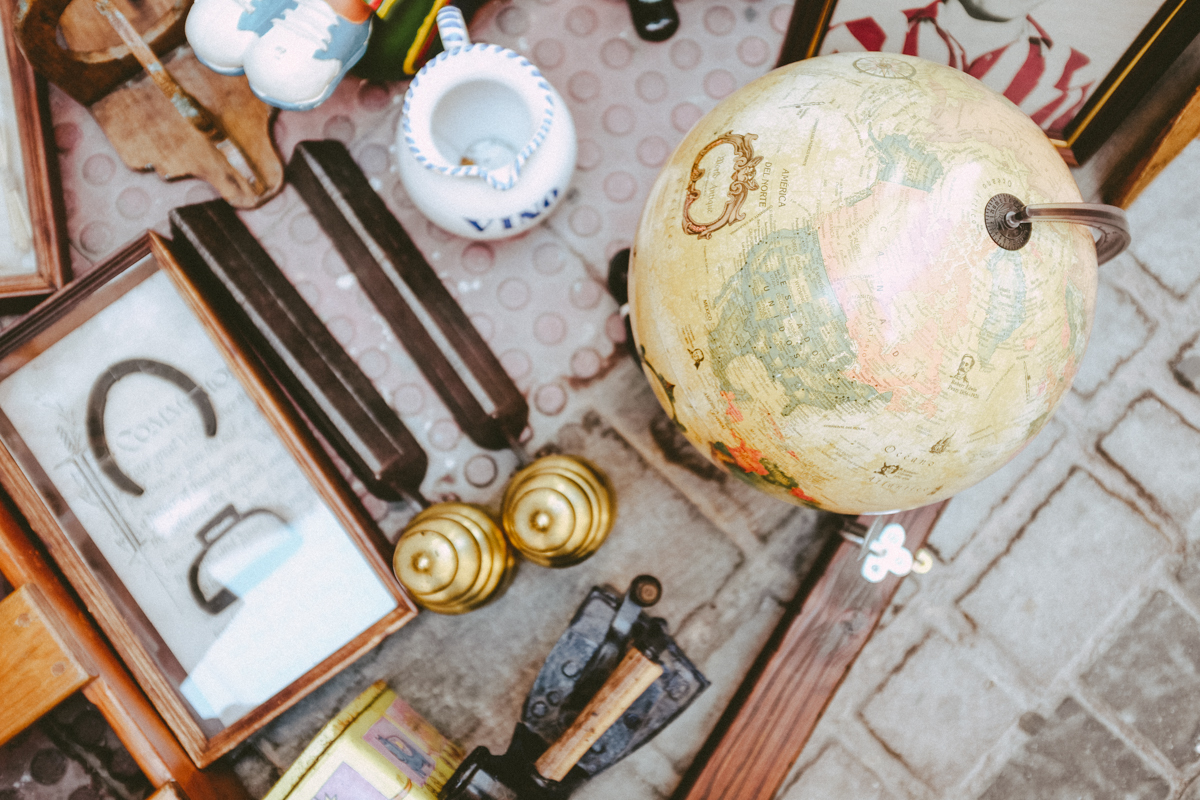 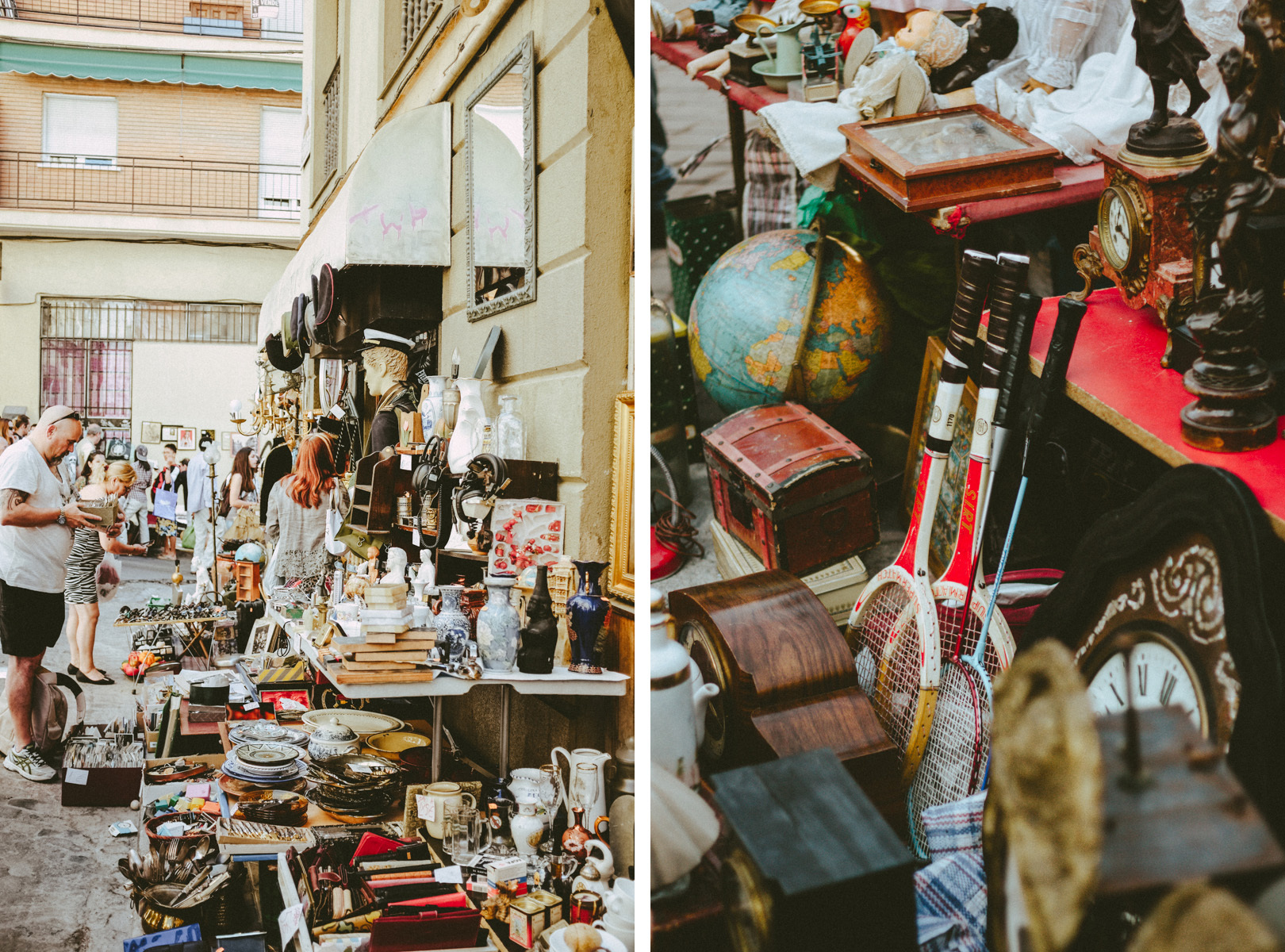 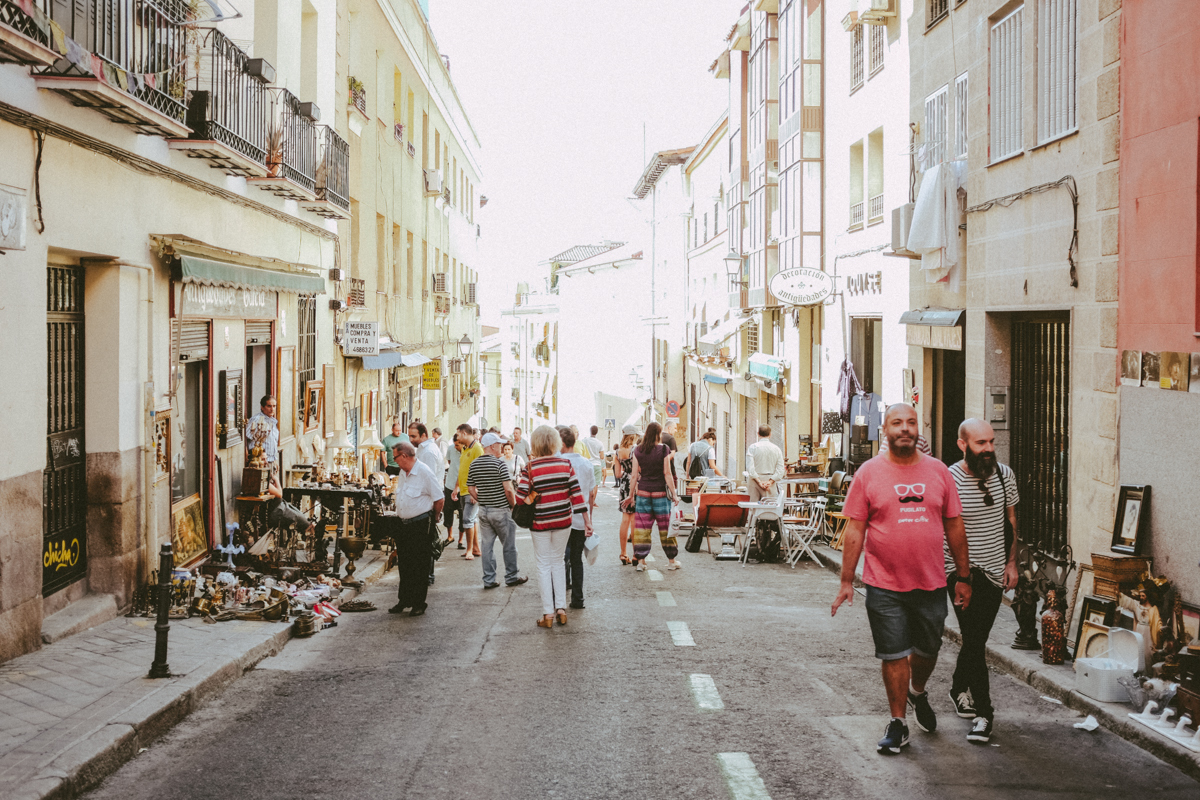 These streets are made for the determined gem hunter as well as for those who like to linger: those who meander from stall to stall, enjoy the sun rays across their faces, and take in the somewhat organised chaos of the web of streets around them. 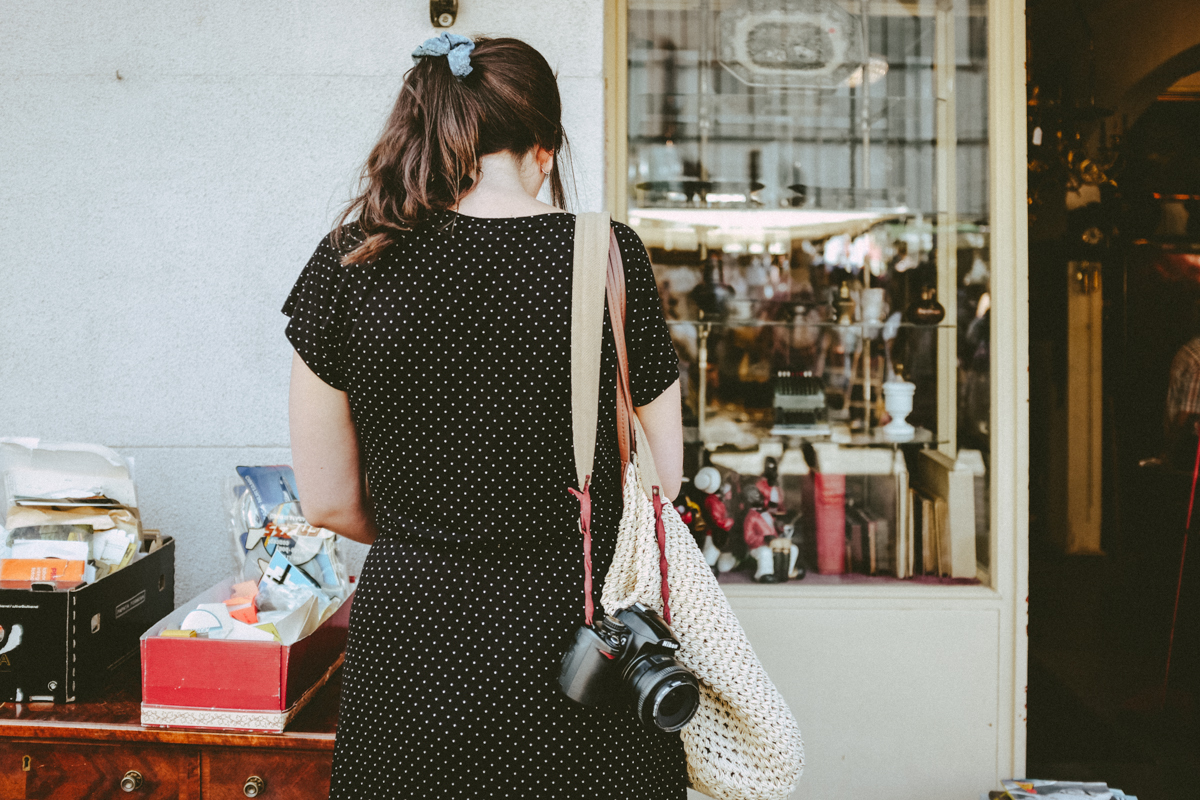 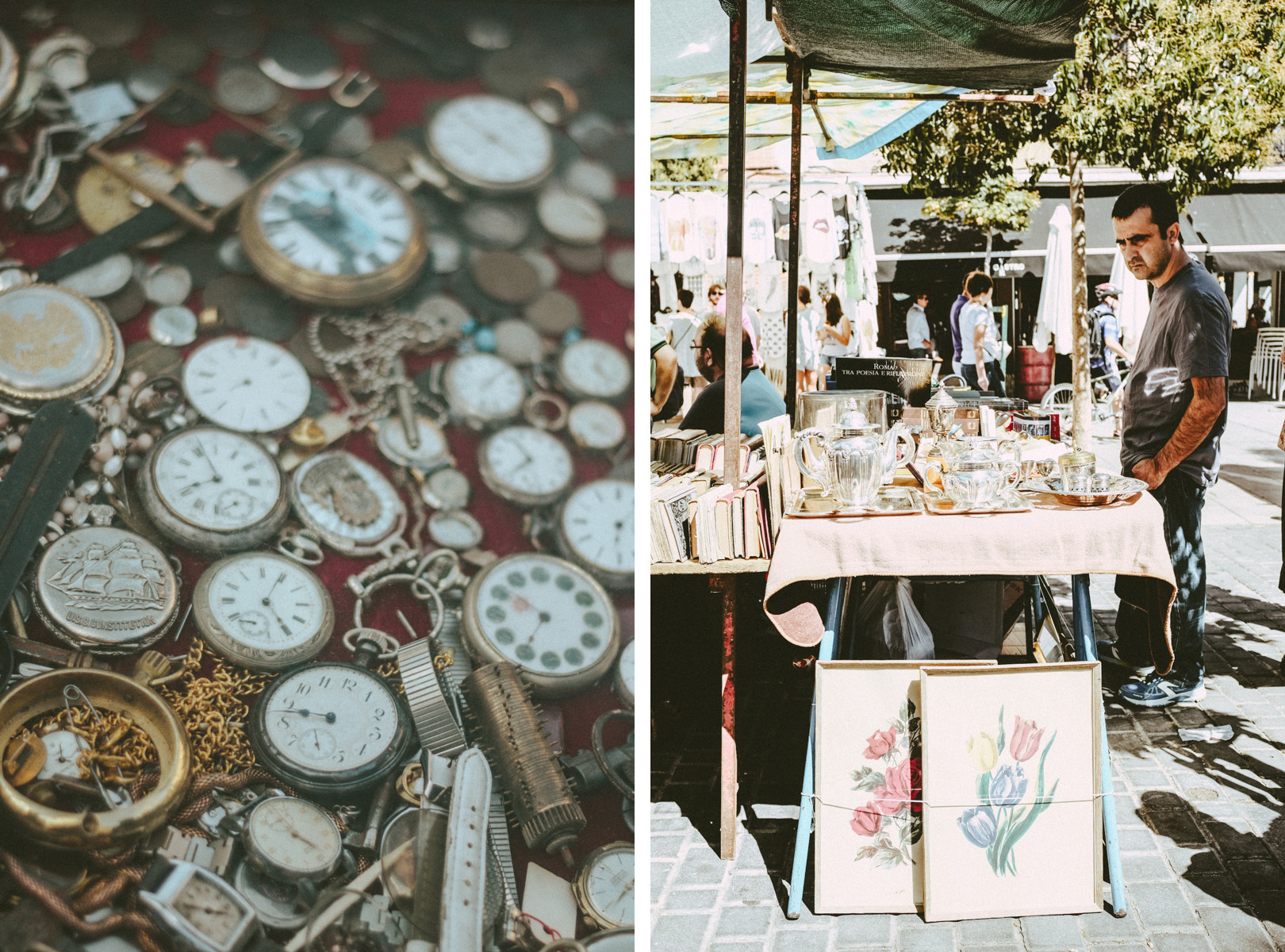 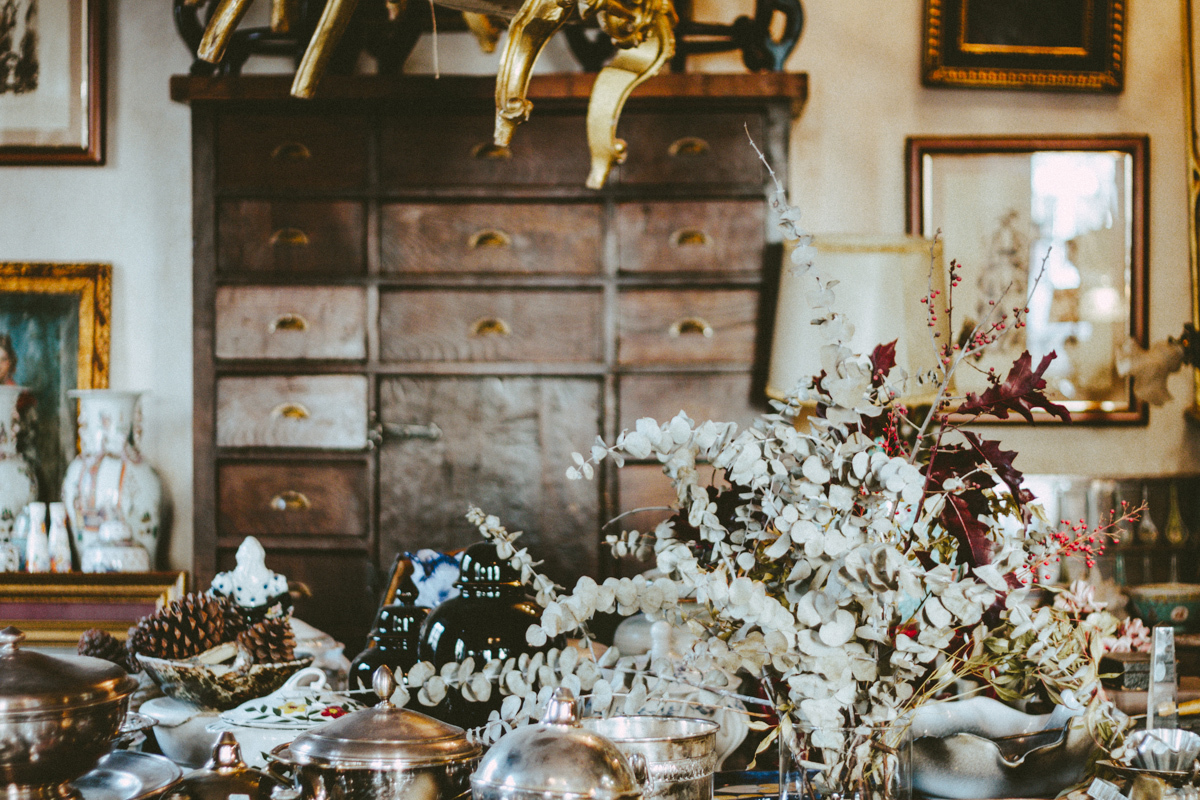 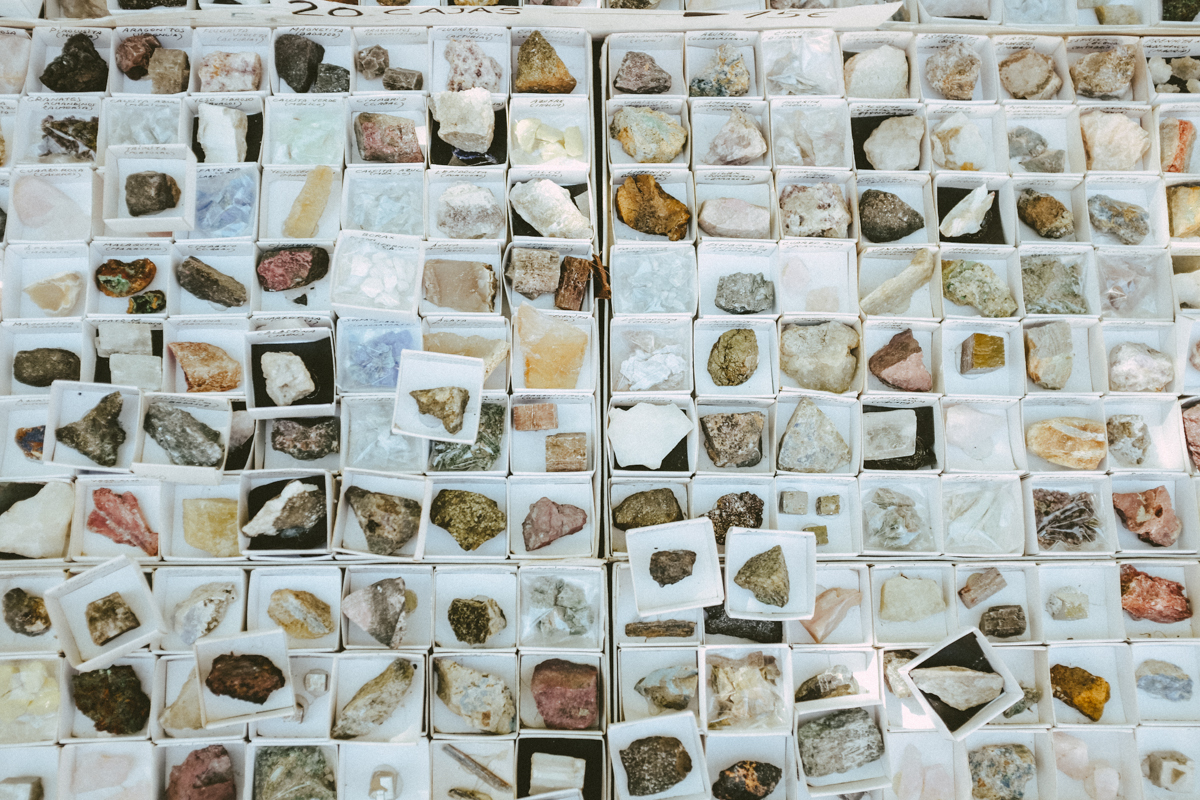 The sun calms down a little as late afternoon approaches, and el Rastro begins its metamorphosis into Madrid’s famous La Latina Sunday Sessions: the tradition of hanging around the many bars of La Latina on a Sunday afternoon accompanied by beer and vermouth and wine and tapas.

There is not a Sunday in Madrid’s calendar that is not finished off by the hum of people celebrating life across the streets of La Latina.

All imagery to the courtesy of Erea Palmer.