What a show. This past Saturday, Hippo Campus sold out their first local headlining show at Minneapolis’s First Avenue.

Our newest City Correspondent, Connor Siedow, had the pleasure of spending the day with these guys, photographing them, and witnessing the craze of their fans that borderline worship them. 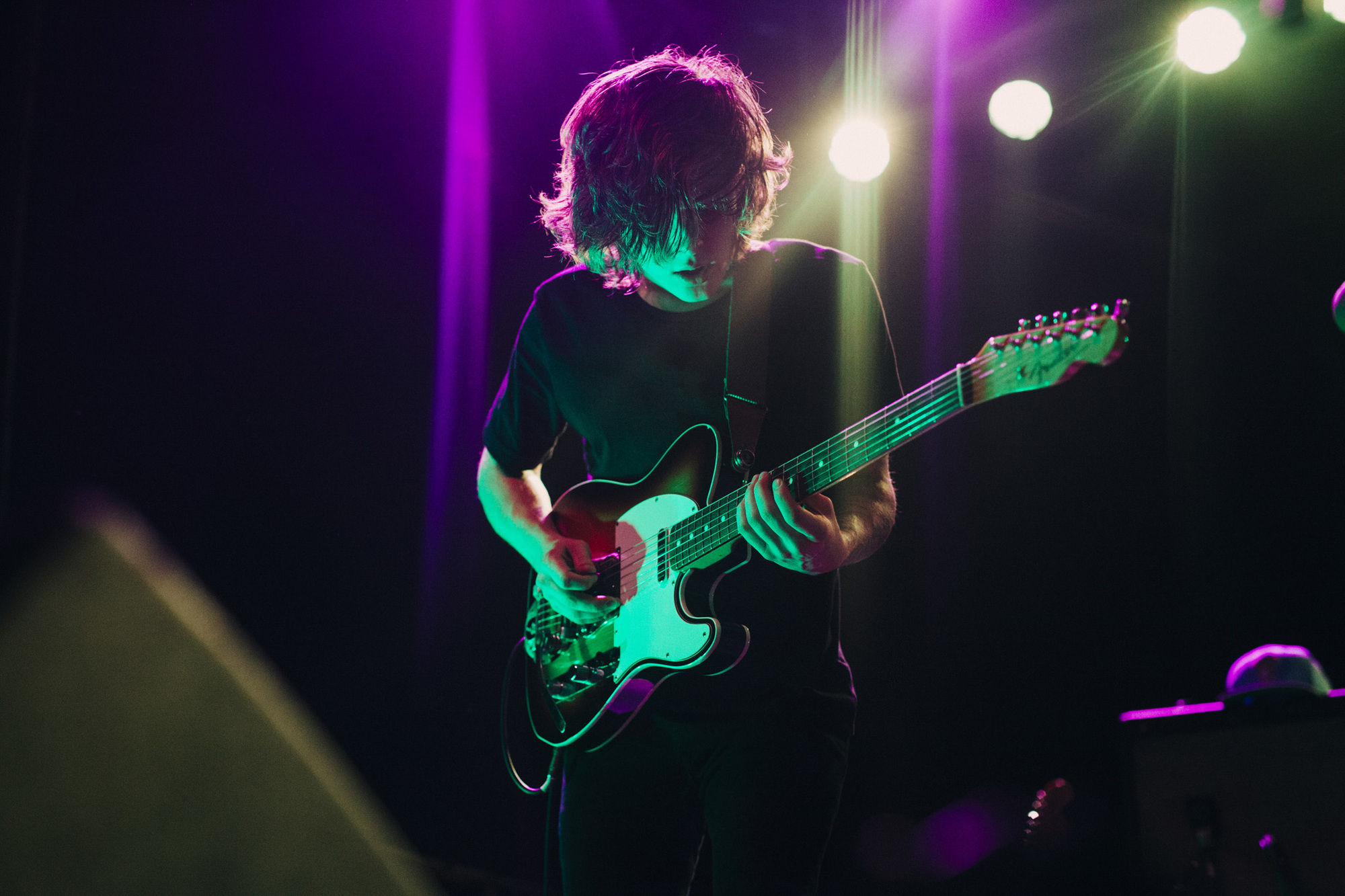 Minneapolis has a thriving music scene thanks in large part to a variety of music venues from small bars to stadiums to the iconic First Avenue. We also have wonderful radio station, The Current (a division of Minnesota Public Radio), which is pivotal in promoting local and independent artists. These factors combine to make Minneapolis a great place for bands to play, where they are often very well-received by our city’s throngs of music enthusiasts. 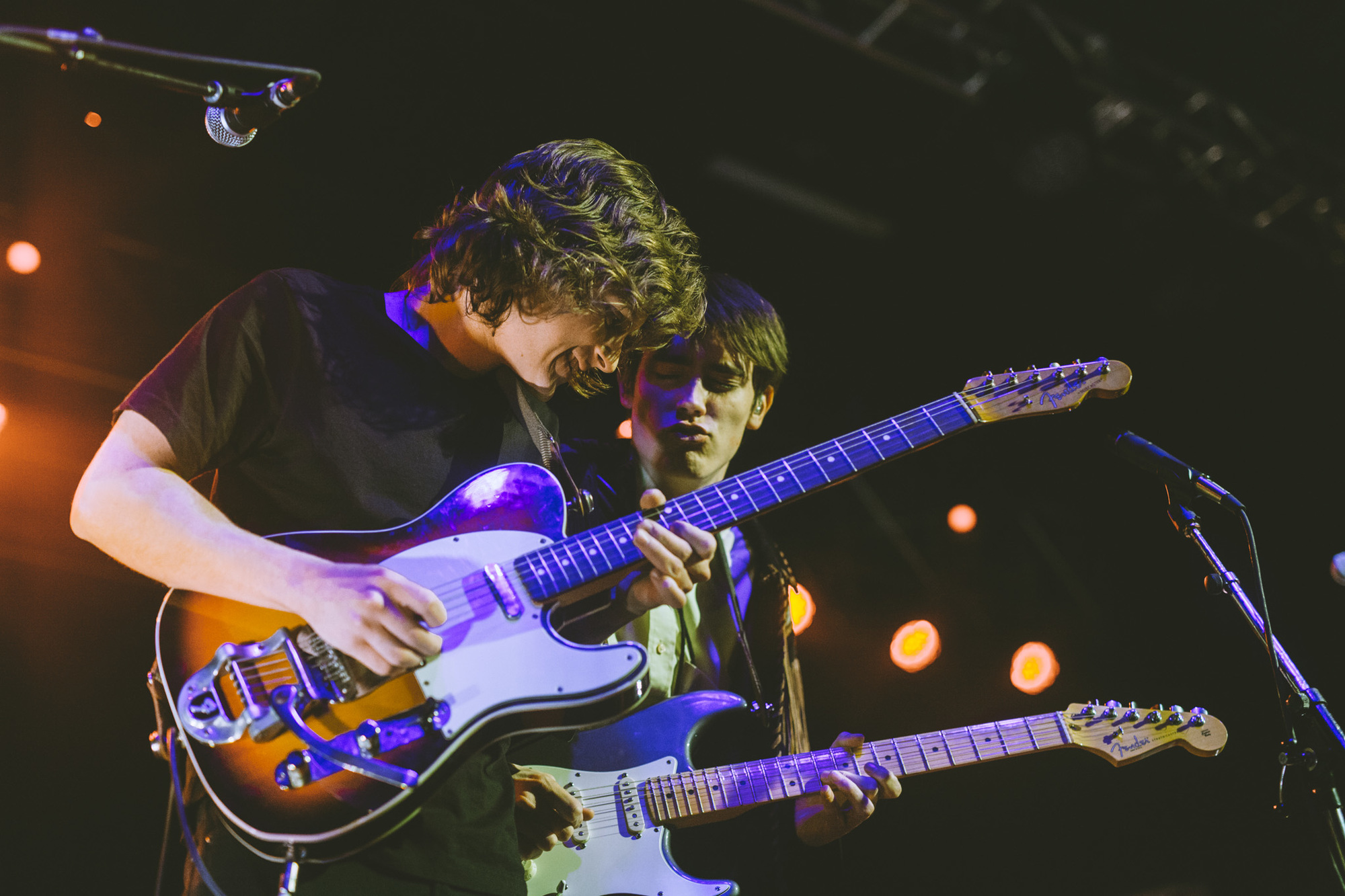 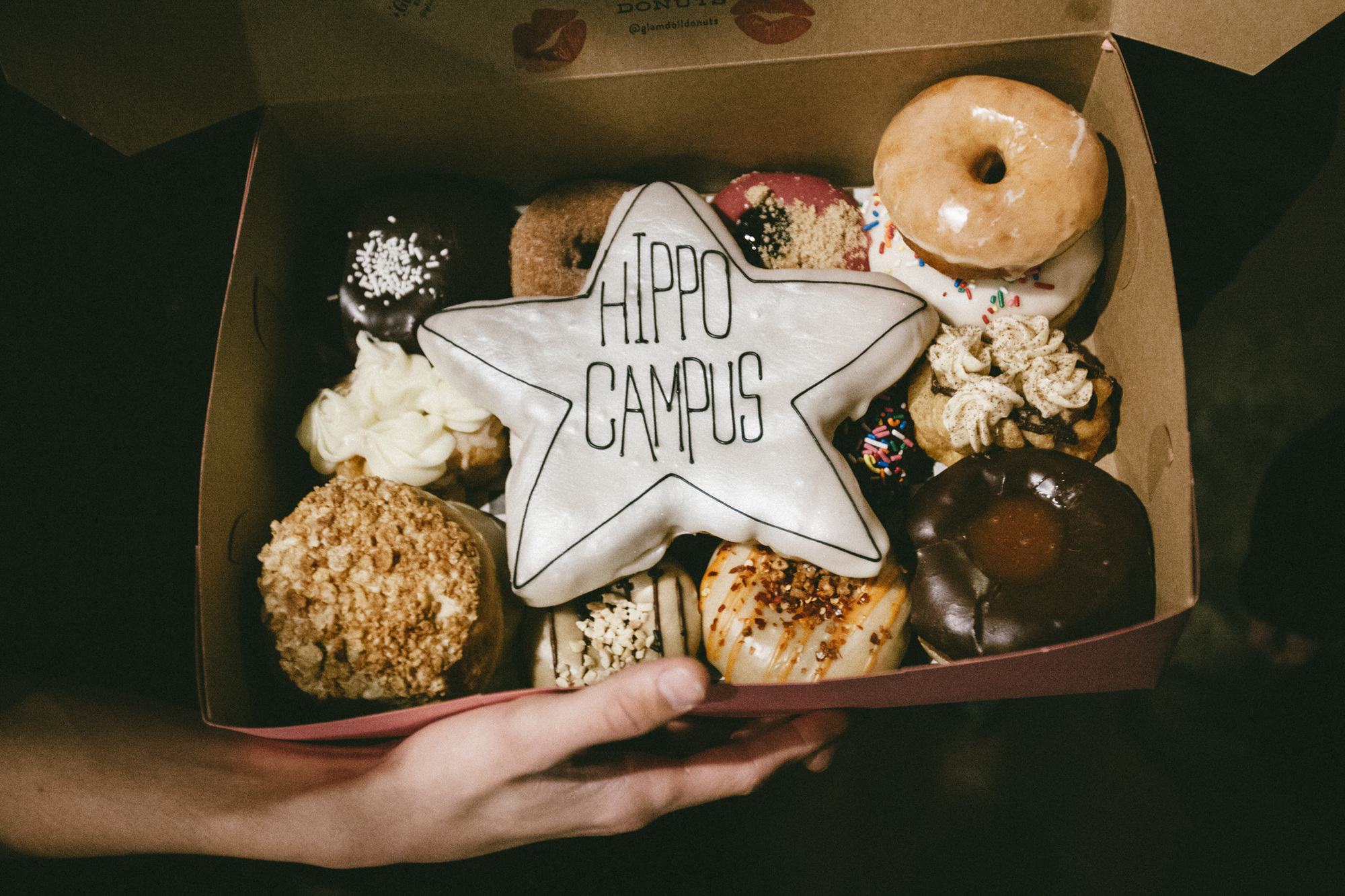 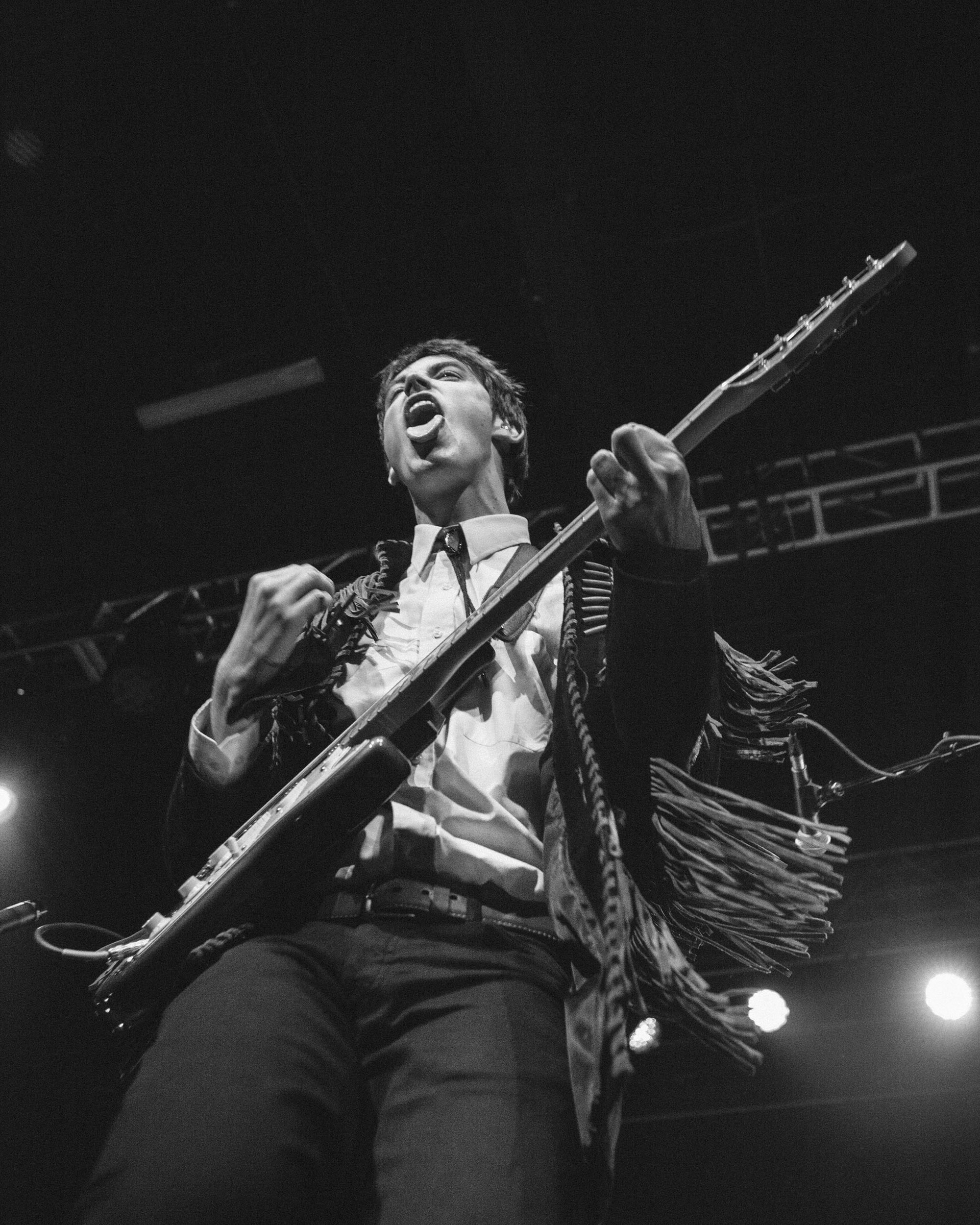 I first met the boys of Hippo Campus during The Current’s Best New Bands of 2014 in January. I’ve seen them 8 times since, and I’ve had the opportunity to watch as their fan base grew to such a substantial size that they were able to sell out First Avenue four months before the date of their show. It’s crazy to think that just this year they were opening shows for relatively small bands, and now they have lines waiting outside the venue doors, down the street, hours before they opened. 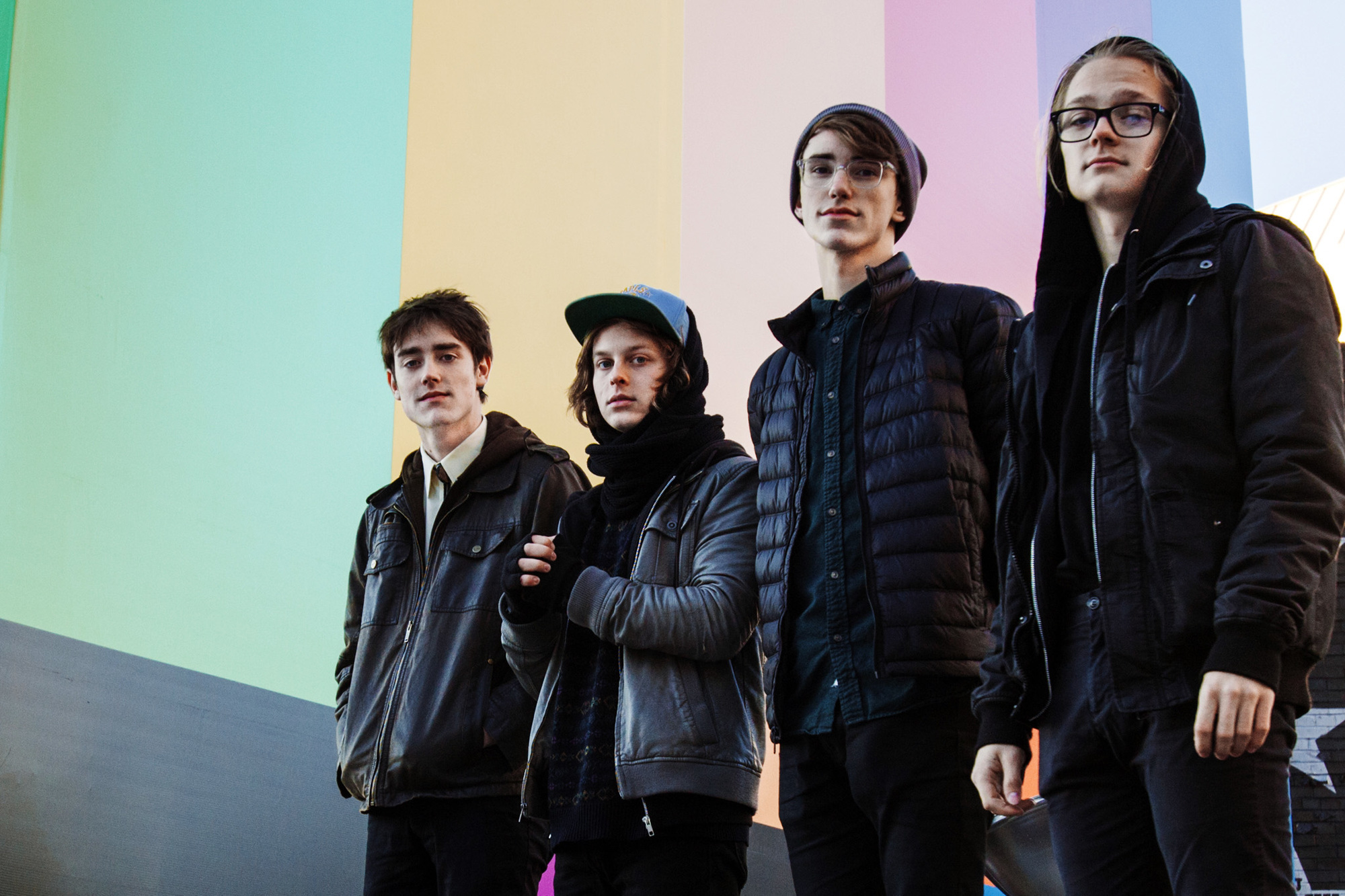 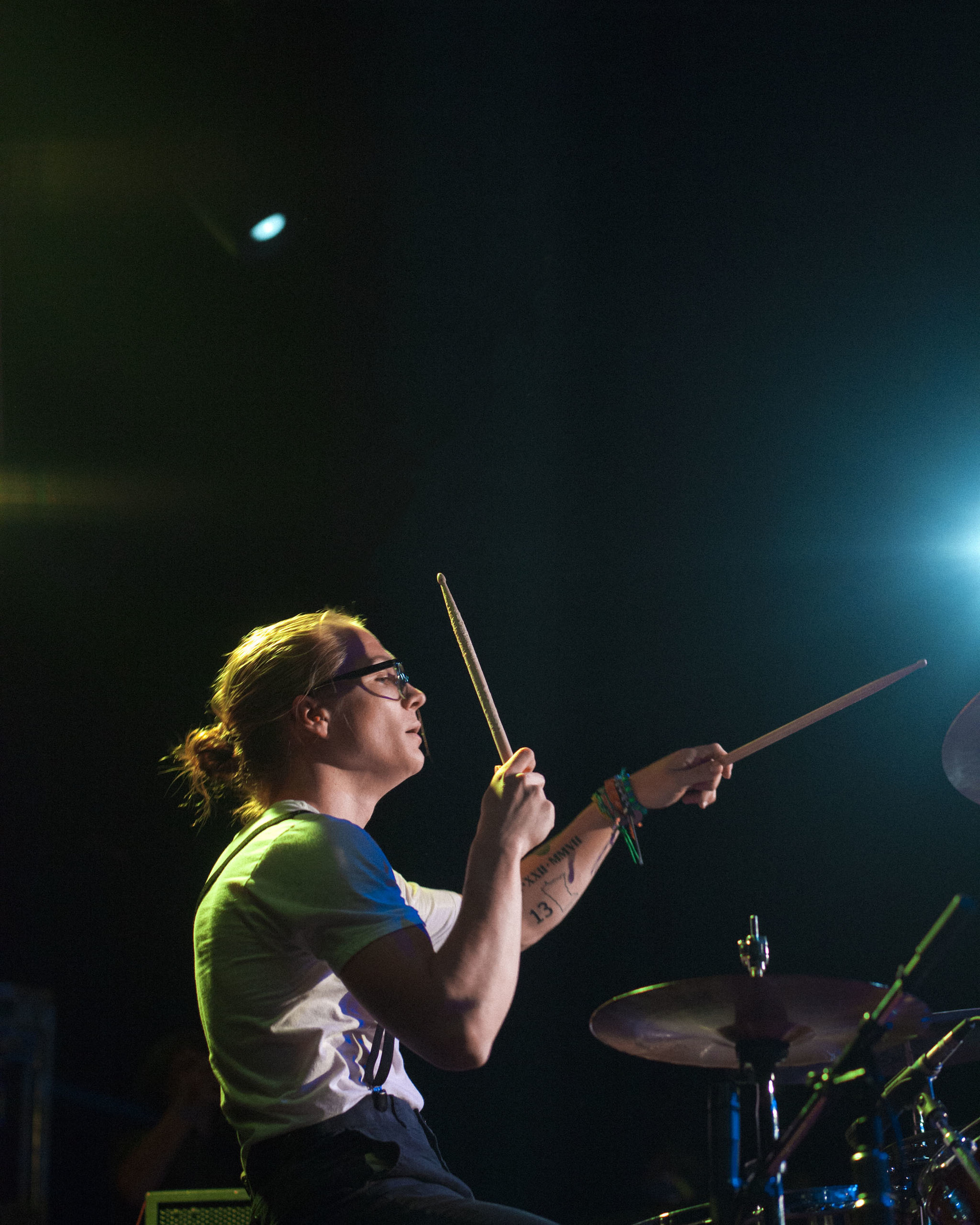 Hippo Campus has been on tour for the better half of this past year. This last leg, they headlined a tour with opener, another St. Paul local, Bad Bad Hats. After Bad Bad Hat’s performance, Smash Mouth played over the speakers. This was the defining moment of realizing the age of the fan base when everyone instantly burst out into song, singing every lyric to “All Star”.

The curtains rose shortly after to ear pinching screams from the fans in the sold-out crowd of 1500. Hippo Campus performed songs from both of their EPs; “Bashful Creatures” and their newly released “South”, along with a couple unrecorded tracks, including my personal favorite, “Nicholas”. After a few songs into their set, they called up friends to the stage to help perform. DeCarlo Jackson played trumpet, and Lee Tran played saxophone. You could tell that these two were having a blast. DeCarlo took advantage of his stage presence and danced his heart out. It was quite the sight. They ended the show with an emotionally charged encore playing “The Halocline”, a new track off their “South” EP. 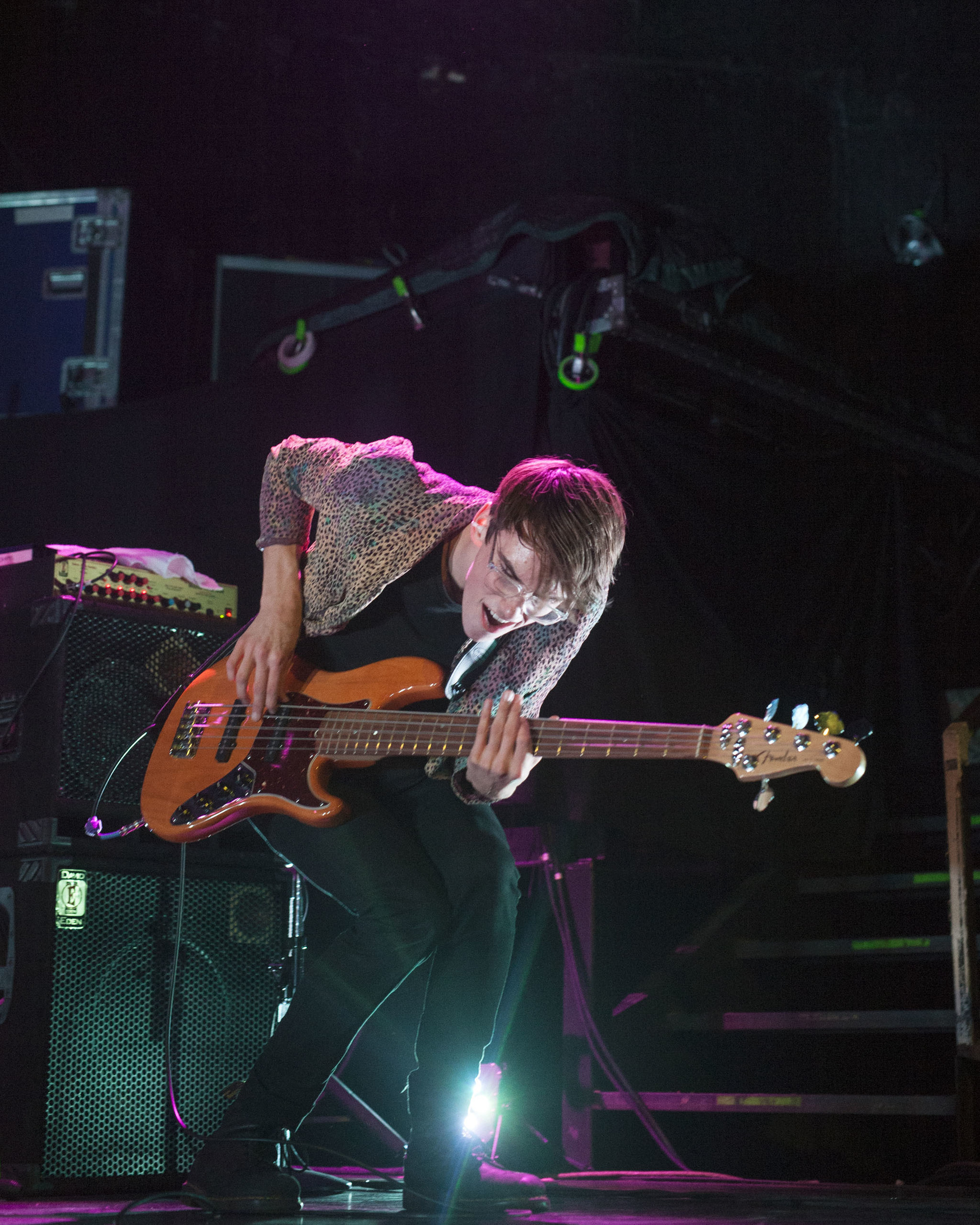 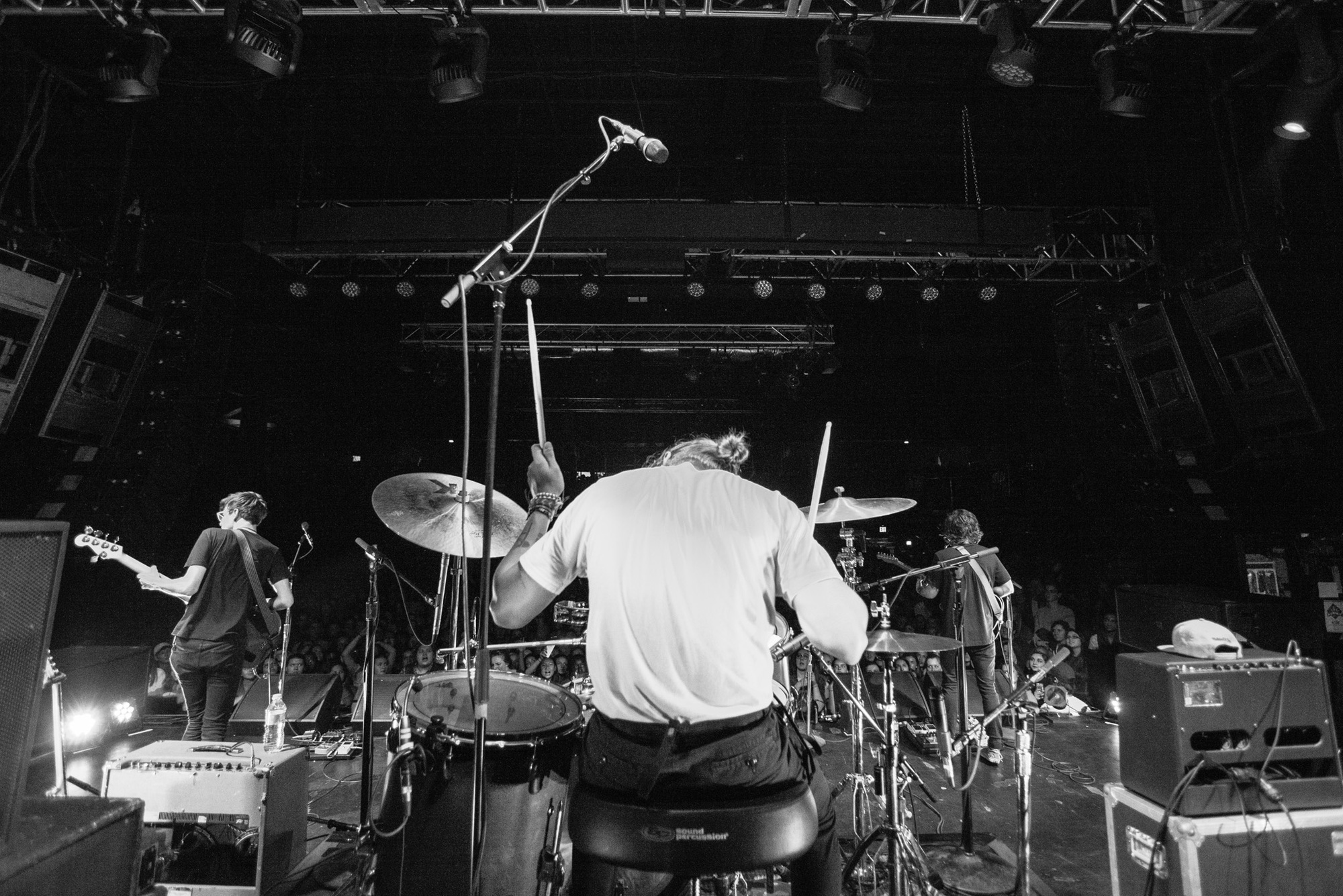 Fans screamed the whole time, the energy level was astonishingly high, and everyone was having fun. These guys have learned the art of captivating a crowd to such a mesmerizing extent, and they’re barely even into their twenties yet.

It’s impressive to hear how clean they sound live. It’s comparable to their recorded stuff. I’m pleased to admit that I have yet to see or hear about an ill performance from these guys. They’ve had quite the year, and they don’t seem like they will be slowing down any time soon.

Here are the most popular en recent tracks of Hippo Campus