He was an international superstar, a prolific recording artist, a virtuoso on multiple instruments, an actor, a trend-setter, a rule-breaker. And he was ours. Minneapolis & Prince. 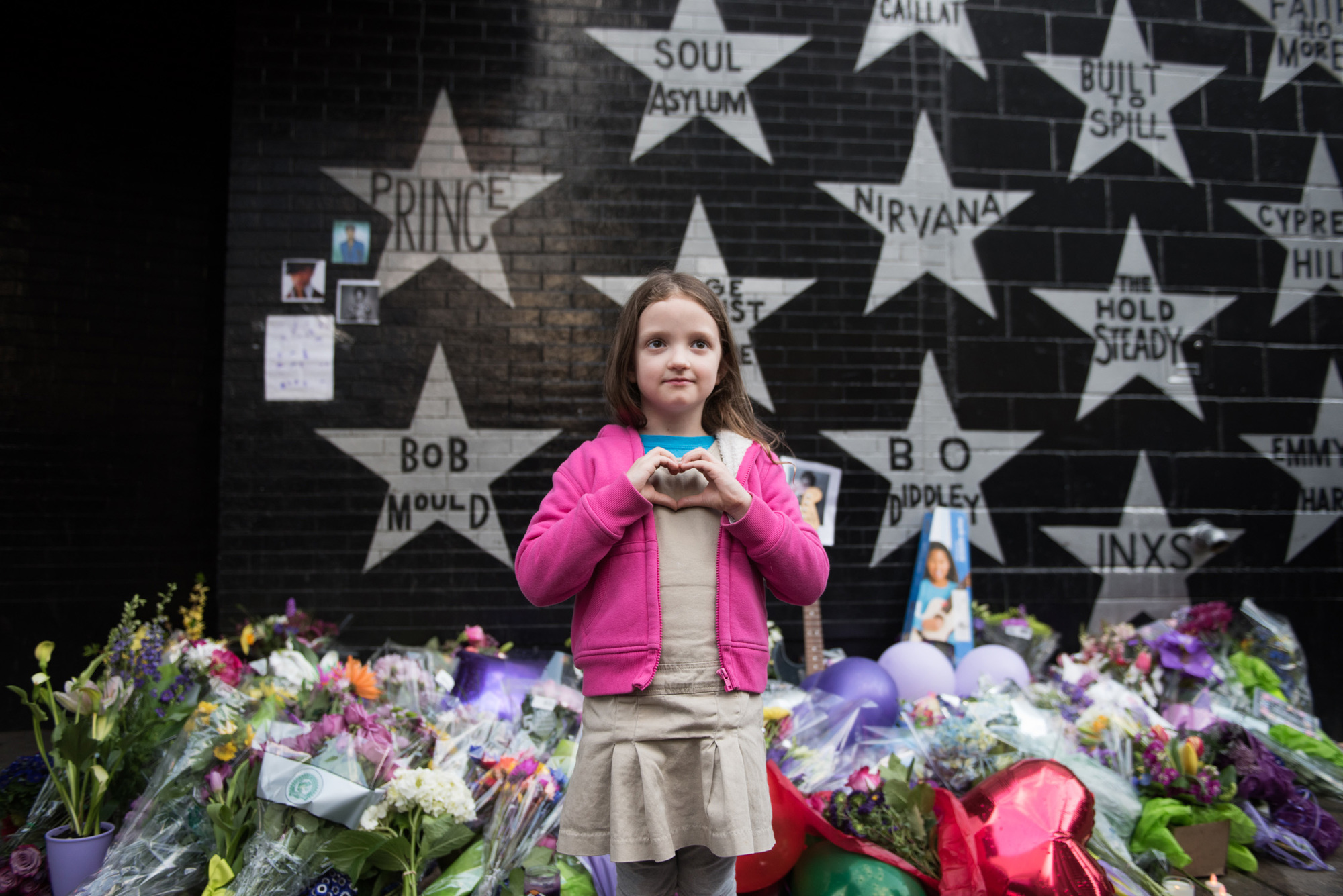 “I am Yours Now and You Are Mine And Together We’ll Love Through All Space and Time, So Don’t Cry”

Prince Rogers Nelson was born in North Minneapolis in 1958 and he continued to call Minnesota home until he tragically died last Thursday. Throughout the years, he owned businesses here, attended concerts here, and could be seen out on the town shopping at local record stores.

It seems as though everyone in Minneapolis has a Prince story - a time when they saw him on the street or attended one of his all-night parties at his compound, Paisley Park (which is located just south of the city of Minneapolis). He told Oprah in an interview in 1996: “I will always live in Minneapolis … it’s so cold it keeps the bad people out.”

He loved Minneapolis and, this weekend, our city’s residents came out in droves to show just how much we loved him back. 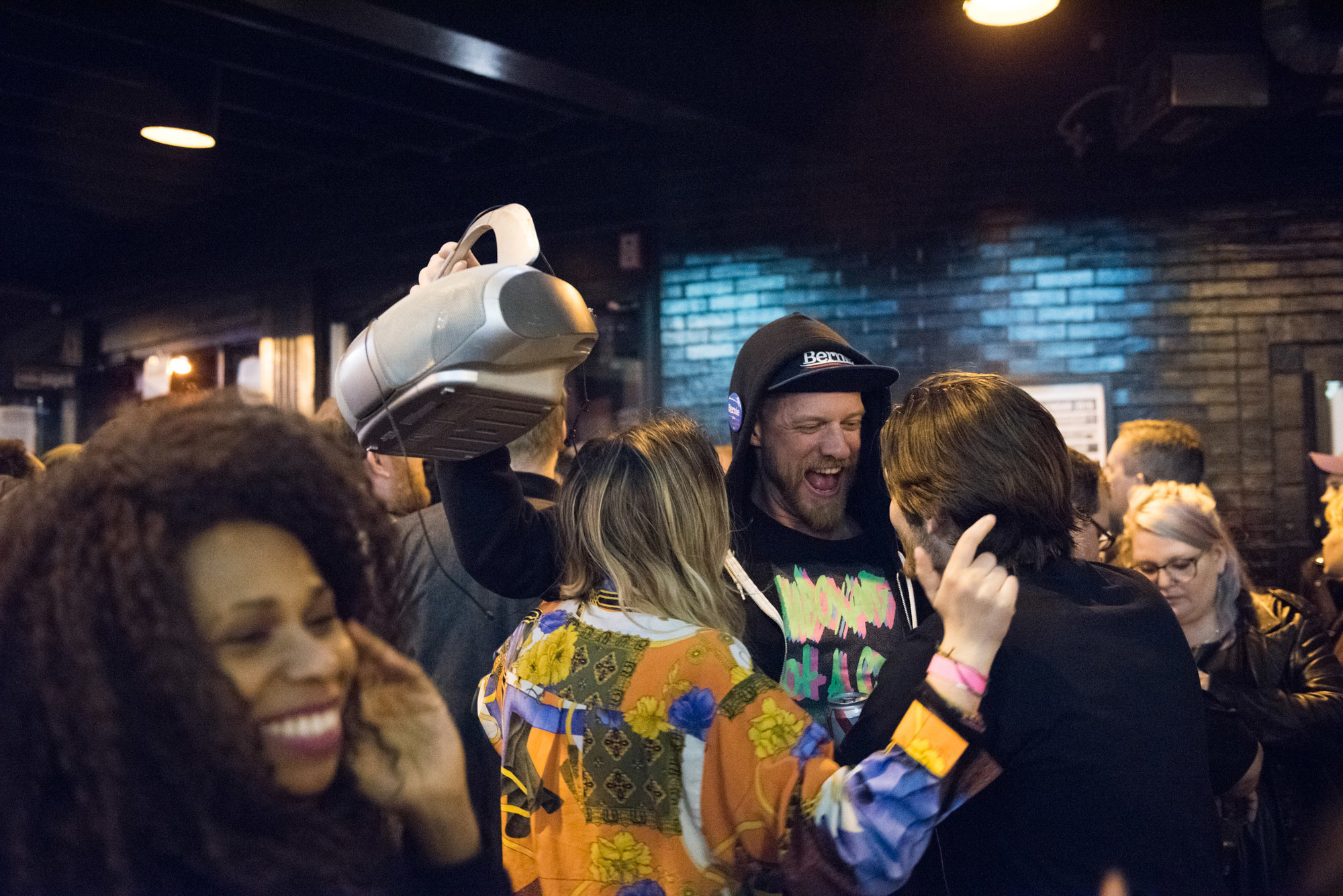 “This is What It Sounds Like When Doves Cry”

The moment news of his death spread, people flocked to honor Prince at First Avenue, the club famously featured in his 1984 movie, Purple Rain. The outer walls of the venue are adorned with stars containing the names of those who have graced its stage over the years and Prince’s holds a prominent spot next to the entrance. People gathered at his star to leave flowers, purple balloons, even a guitar - and to collectively mourn. 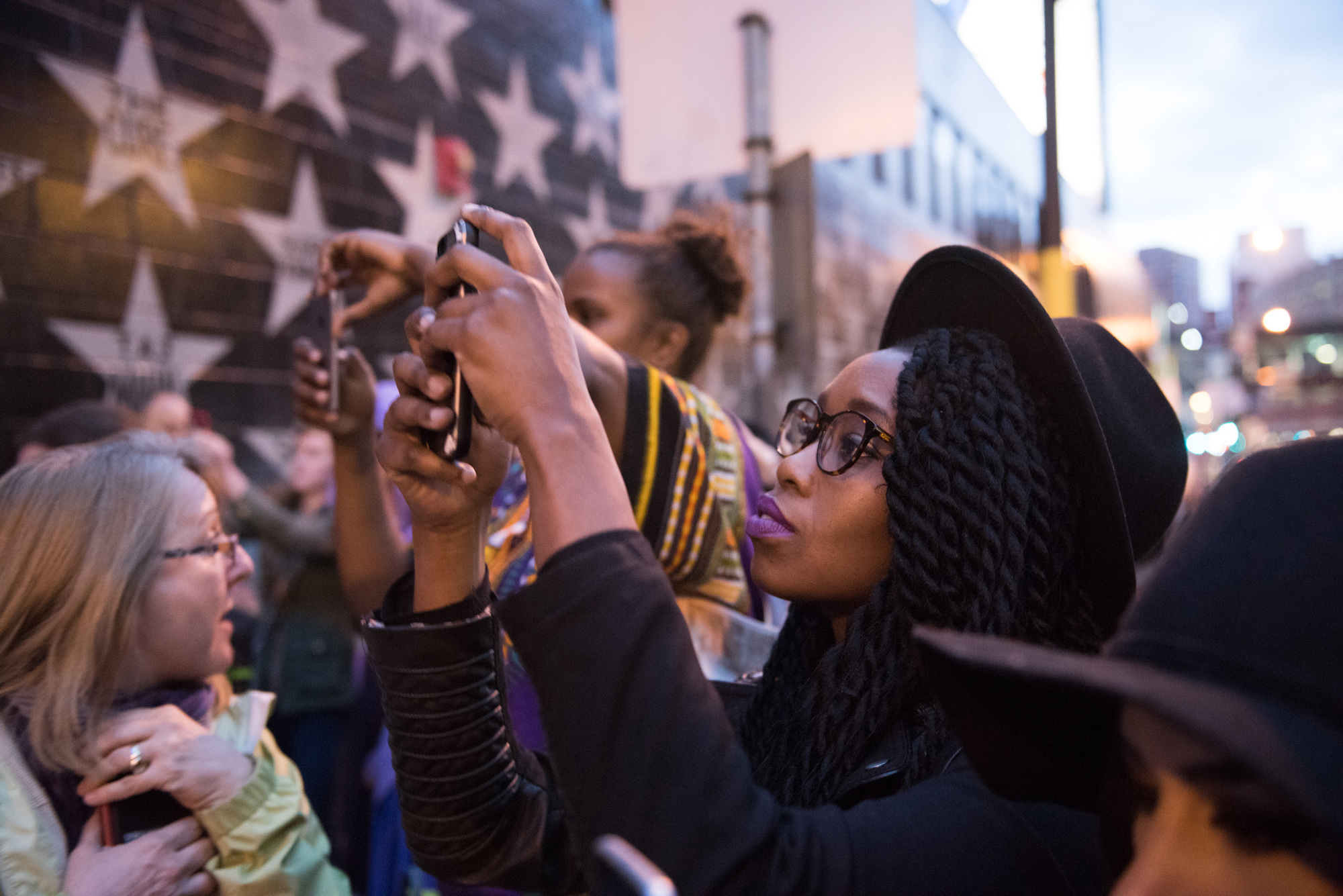 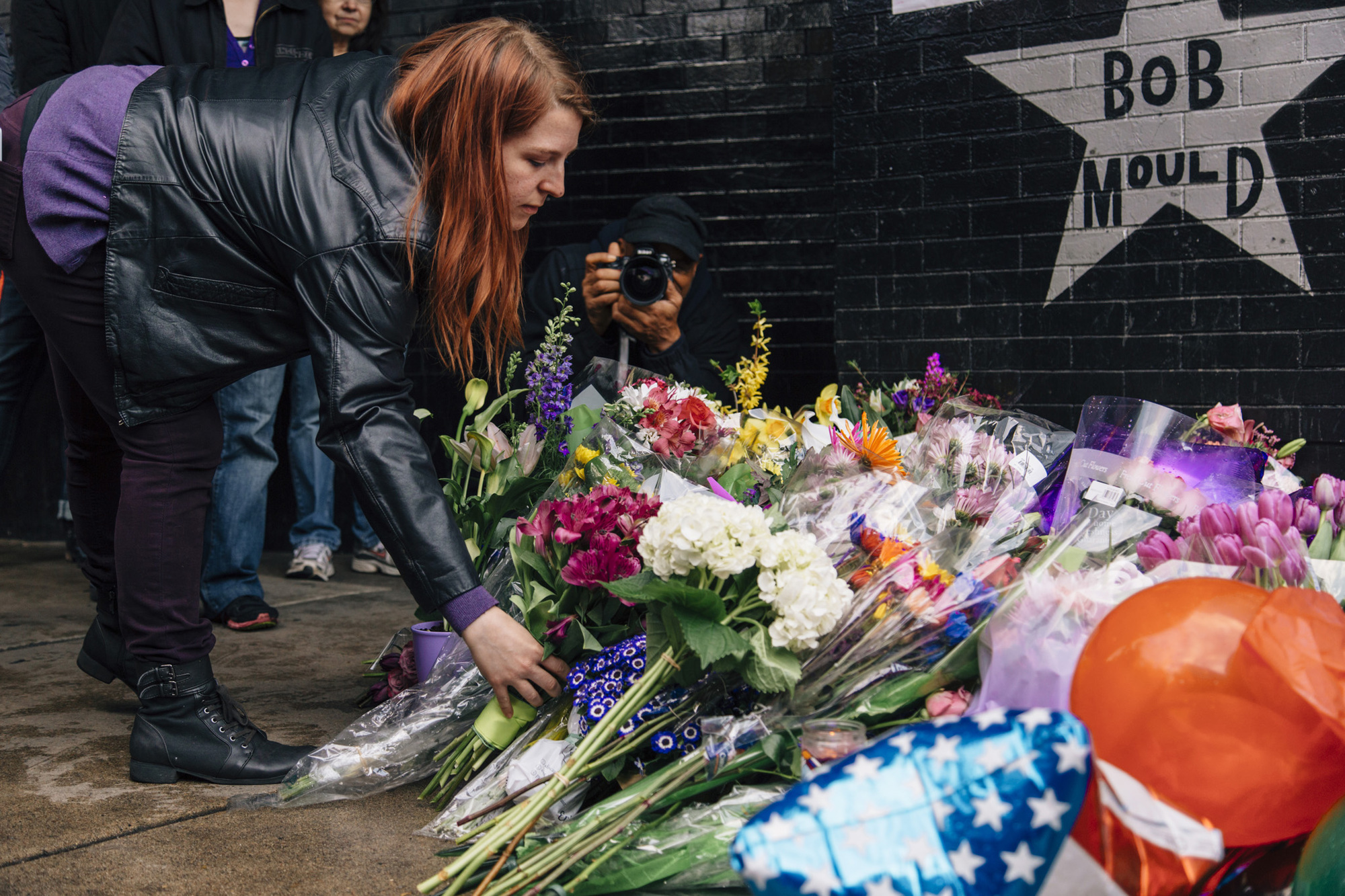 First Avenue became ground zero for Prince celebrations and remembrances in Minneapolis (while many also gathered at a memorial outside of Paisley Park in Chanhassen). By that evening, 7th Street was shut down for a 15,000-person block party honoring the legend and his music.

The fact that the permits were granted for such a massive event in such short time is a testament to how much this city was willing to come together for Prince. The party was hosted by our local radio station, The Current, whose airwaves played nothing but Prince music practically all weekend long. Local artists performed their favorite Prince songs for the crowd who was crying, singing, and celebrating all together. 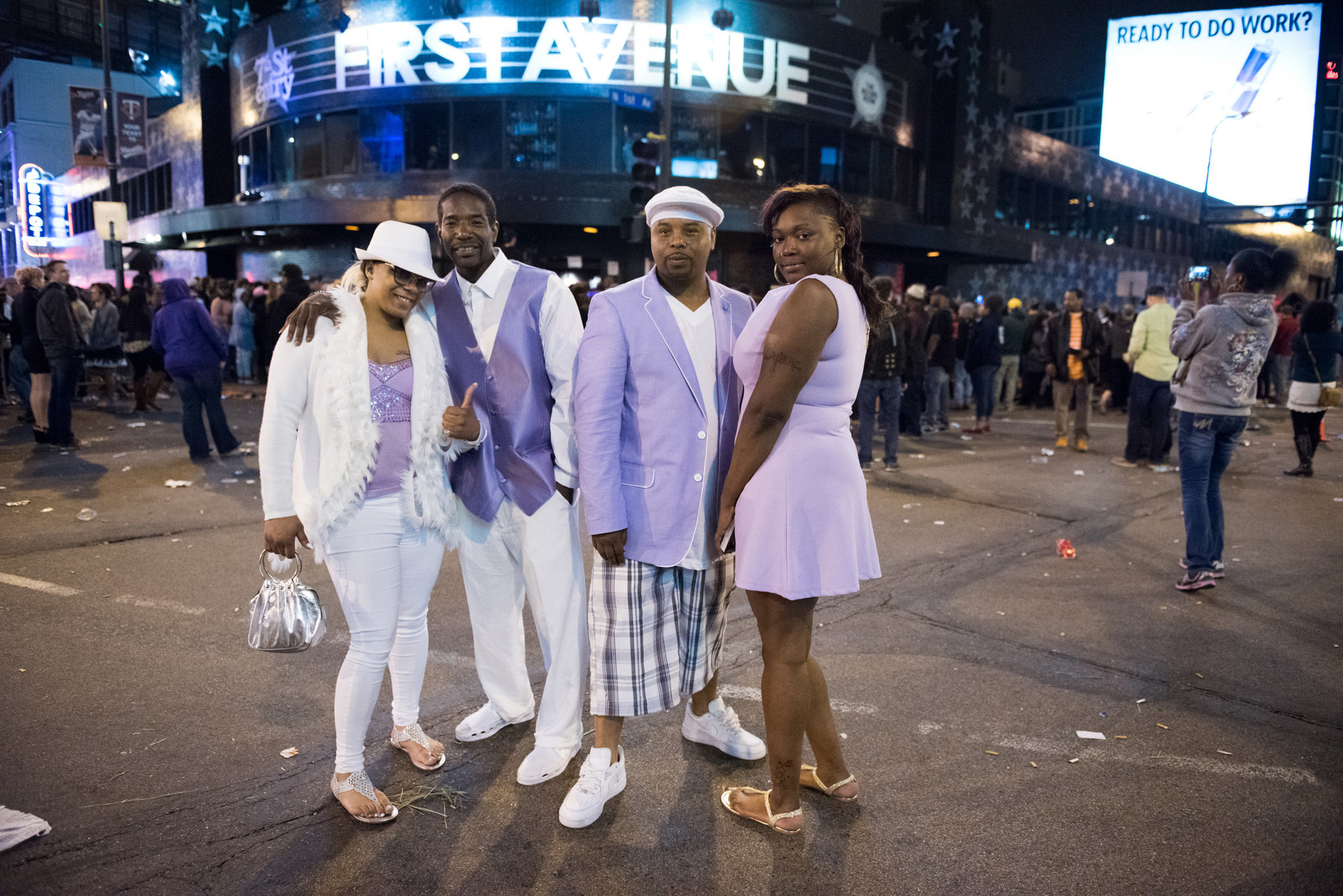 “But Life is Just a Party, and Parties Weren't Meant 2 Last”

Local photographer, Jayme Halbritter, arrived at First Avenue that afternoon to document the crowds and he didn’t leave until the next day. Following the block party outside, First Avenue opened its doors at 11:00 p.m. and welcomed people inside for an all-night dance party.

Jayme described the scene: “I have never experienced such a phenomenon, the outpouring of people, the flood of stories and memories, the way the city reacted... It was amazing... heartfelt, and so real... sad at times, but mostly celebratory, and such a testament to the incredible impact that Prince had on people.” 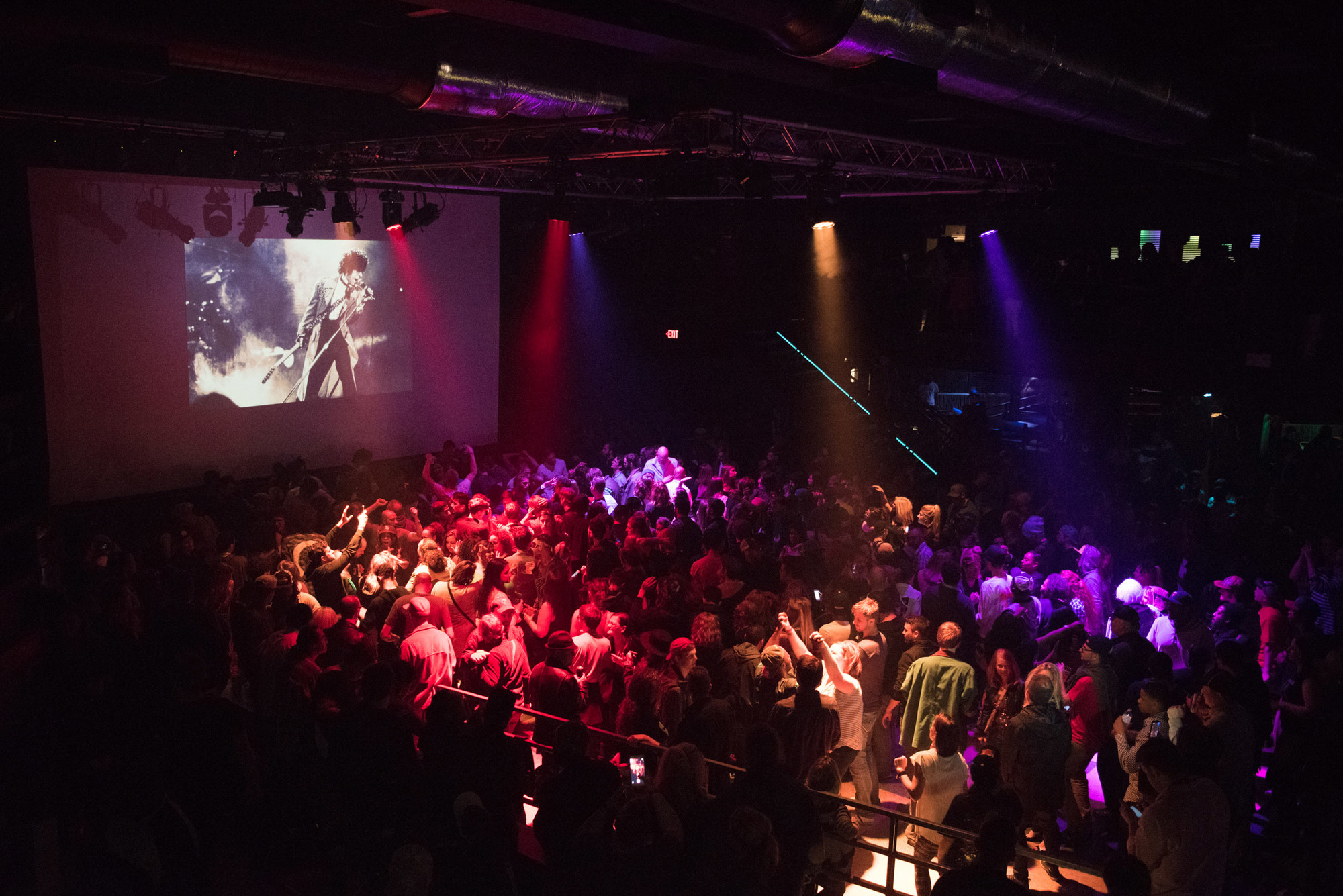 First Avenue decided to throw dance parties the following two nights as well, so on Friday and Saturday from 1:00 a.m. to 7:00 a.m., fans - many of whom had to wait in line for hours to get inside - celebrated Prince by dancing until dawn. We think the Purple One would have approved.

“The Sky Was All Purple”

All across the city, the love for Prince could be heard - in the form of his music blaring from car stereos, storefronts, and open apartment windows. It could also be seen as Minneapolis became awash in purple. Buildings and bridges were illuminated in purple lights. People donned purple clothing, purple accessories, purple lipstick, and even sported purple hair. 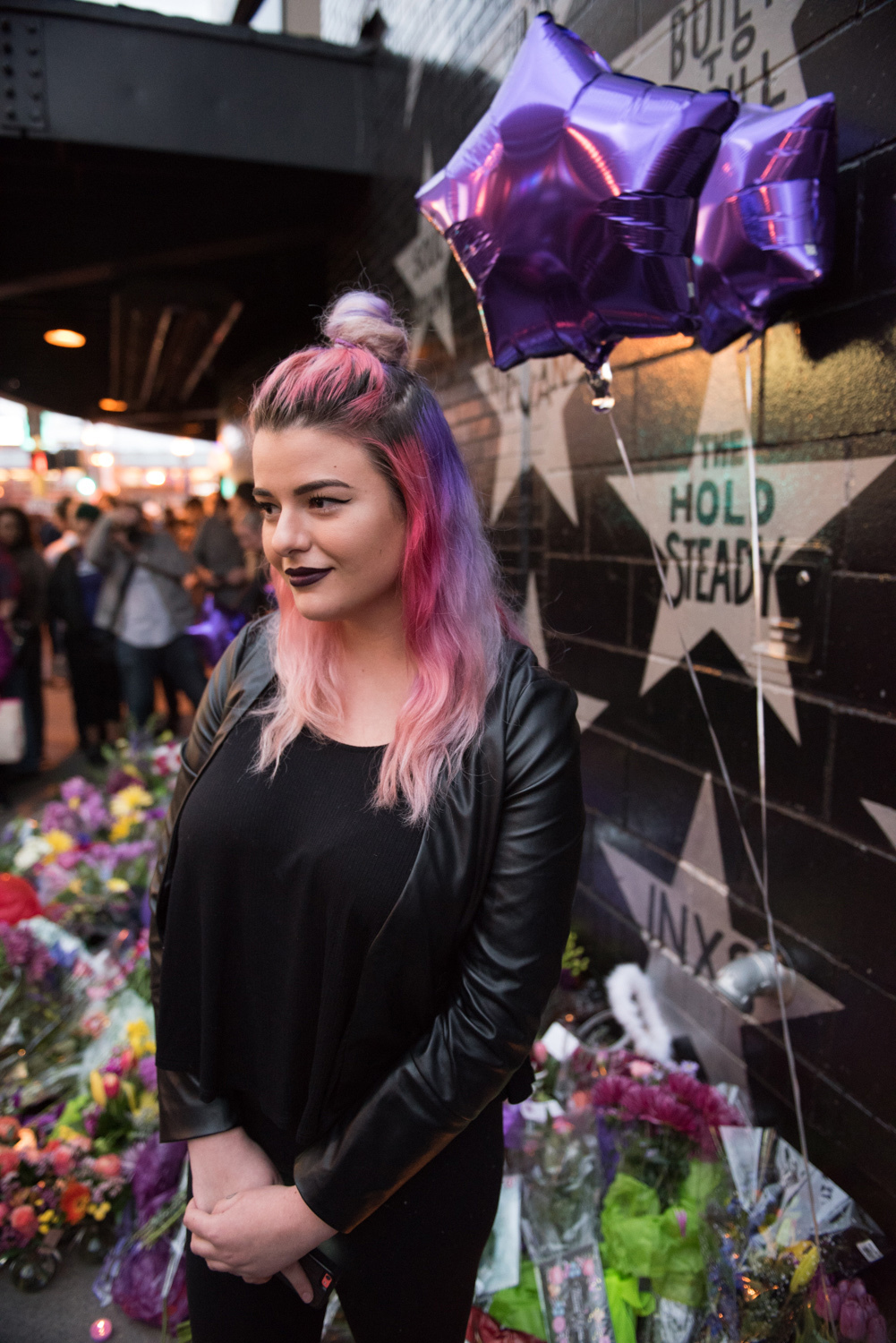 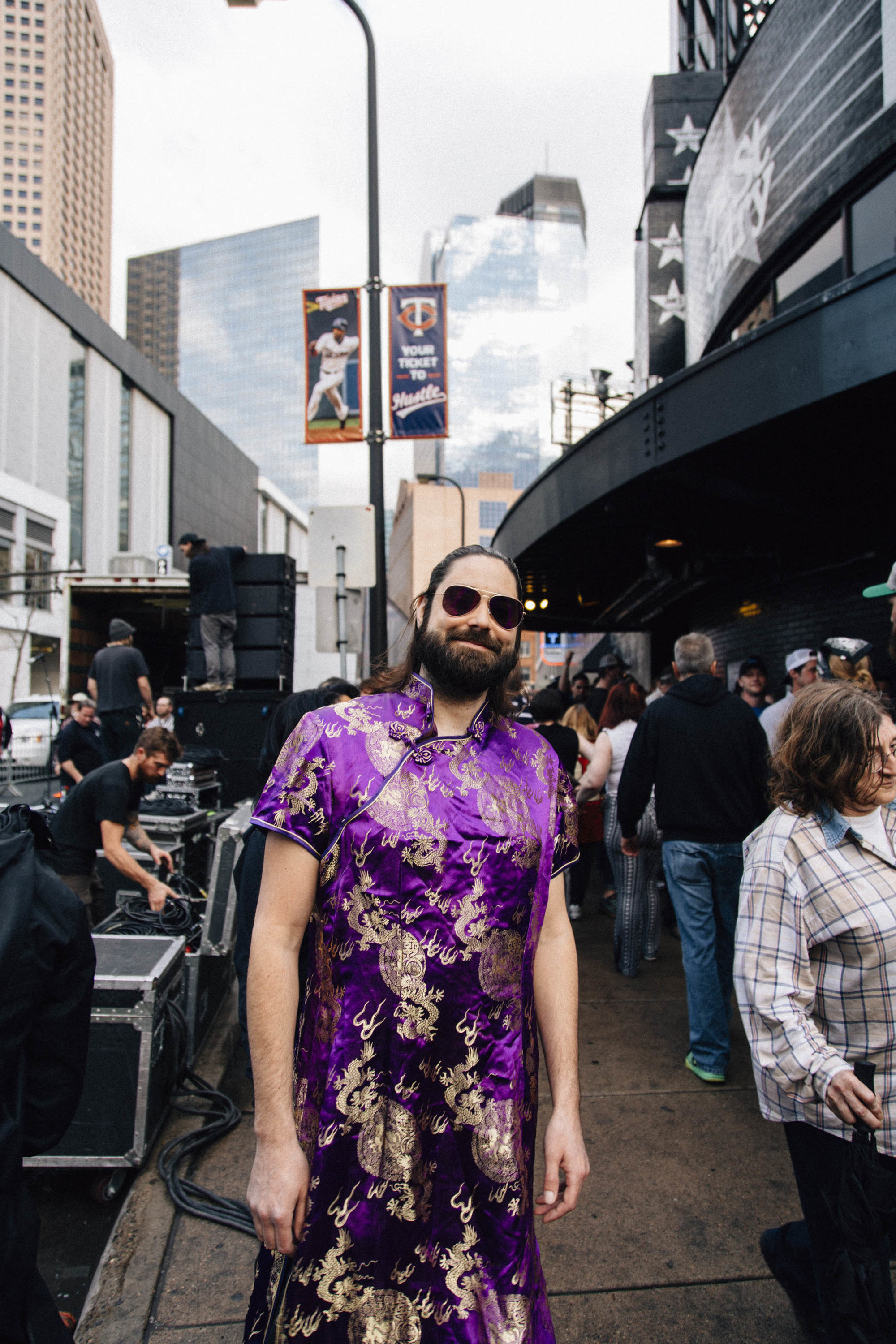 It was raining the day he died and when the sky finally cleared, a huge rainbow appeared in the in the southern part of the metro area near Paisley Park. And that evening in Minneapolis, it seemed that the sky turned a special shade of purple in Prince’s honor. 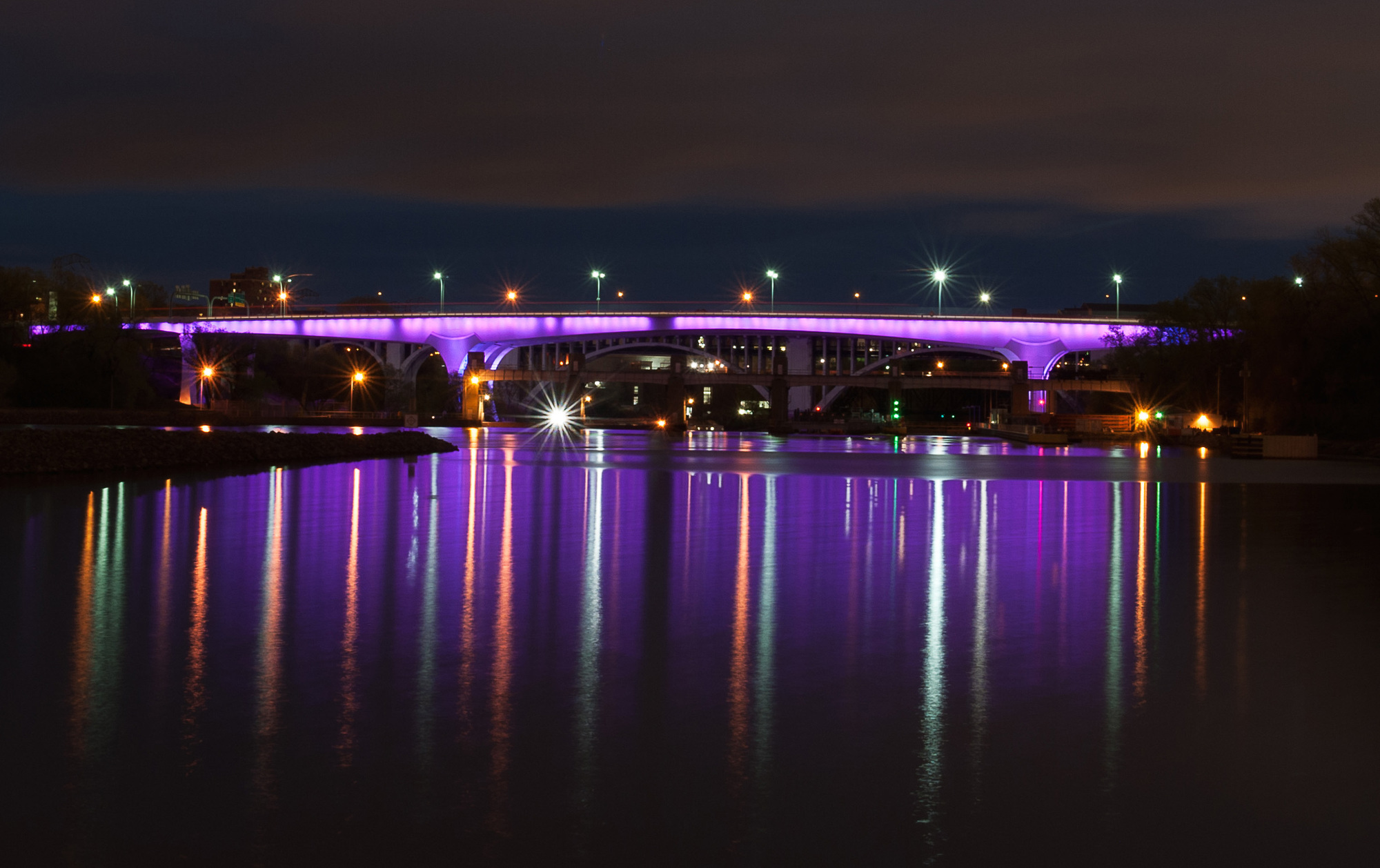 “Dearly Beloved, We Are Gathered Here Today To Get Through This Thing Called Life”

From public, outdoor screenings of Purple Rain that drew thousands of people, to the bells at Minneapolis City Hall playing Prince songs, to spontaneous murals and works of public art in his honor, residents of Minneapolis came together in a way I don’t recall ever seeing in my lifetime. Growing up in North Minneapolis, there was a sense among people in my neighborhood that they could do anything because they were from the same place as Prince. 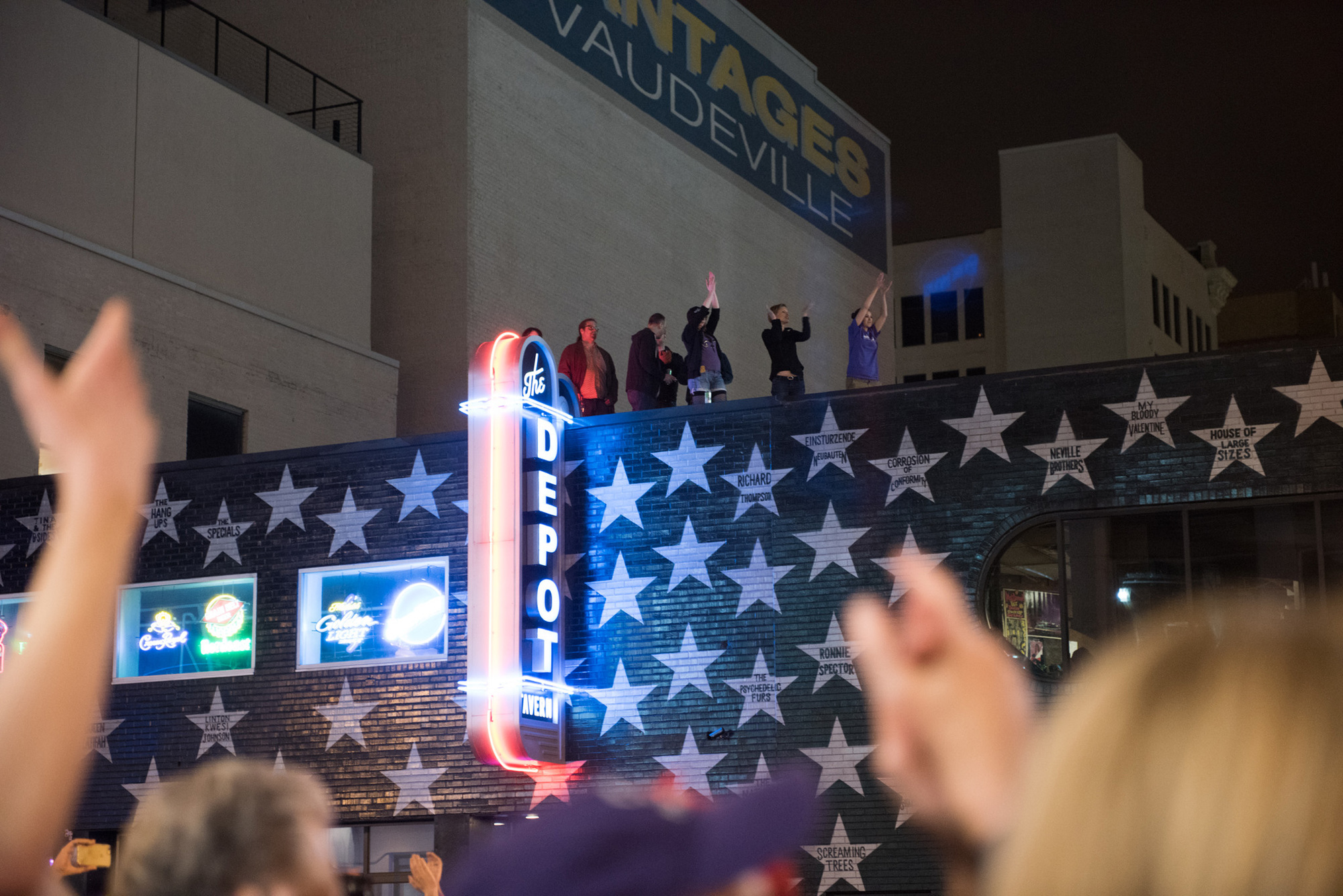