Correspondent Waqar shows us why the Minneapolis/St.Paul Marathon is so special by sharing with us some insights on the Twin Cities Run.

Watching the runners in a marathon is known to drive people to do unimaginable. There is something uniquely inspiring about watching men and women, young and old, running for 26.2 miles powered by sheer will, determination and months of disciplined training. 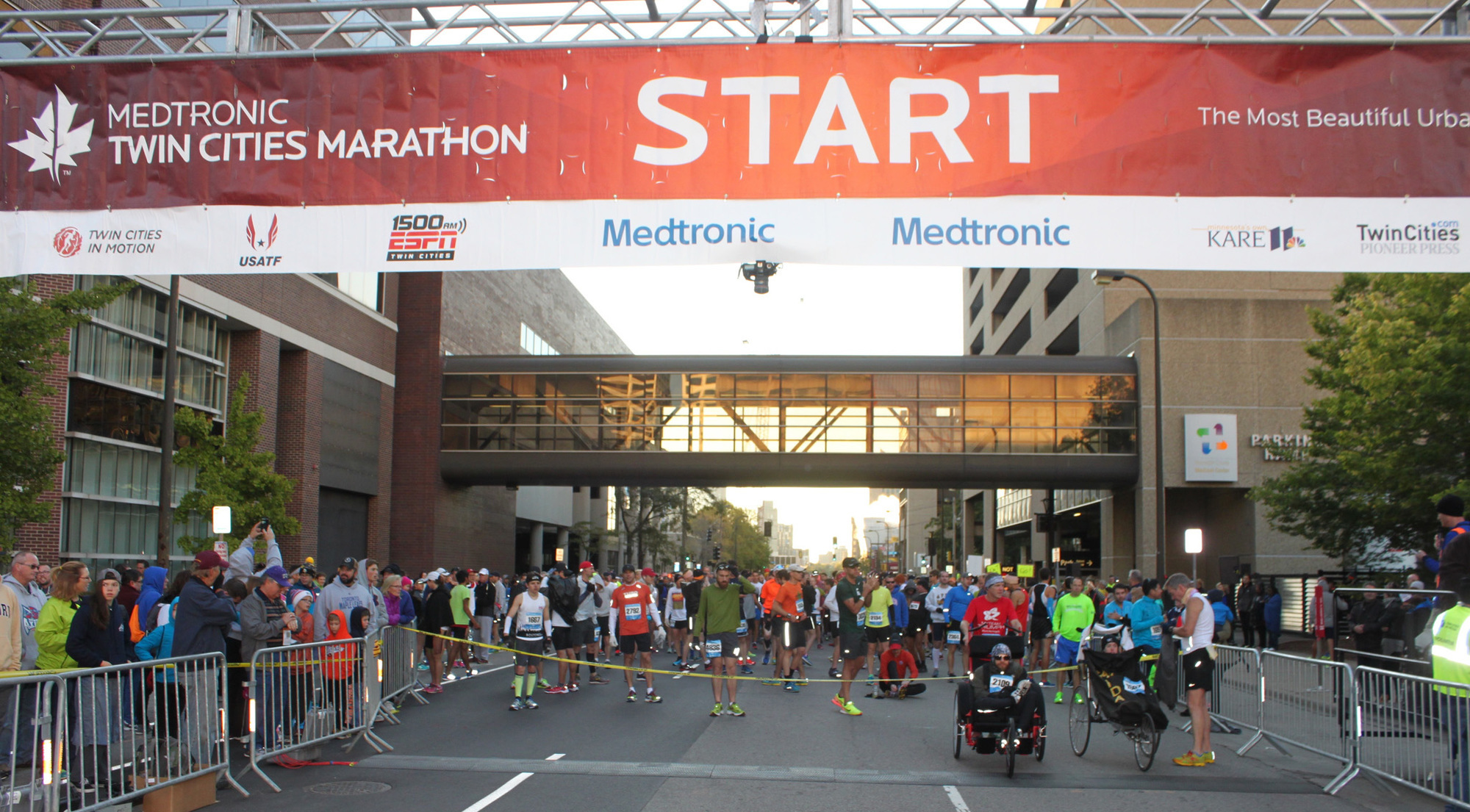 In 1986, Runner’s World, the premier running magazine in the country, dubbed the Twin Cities marathon as The Most Beautiful Urban Marathon in America, a tagline that proved to be the best selling point for the race, and rightfully so. 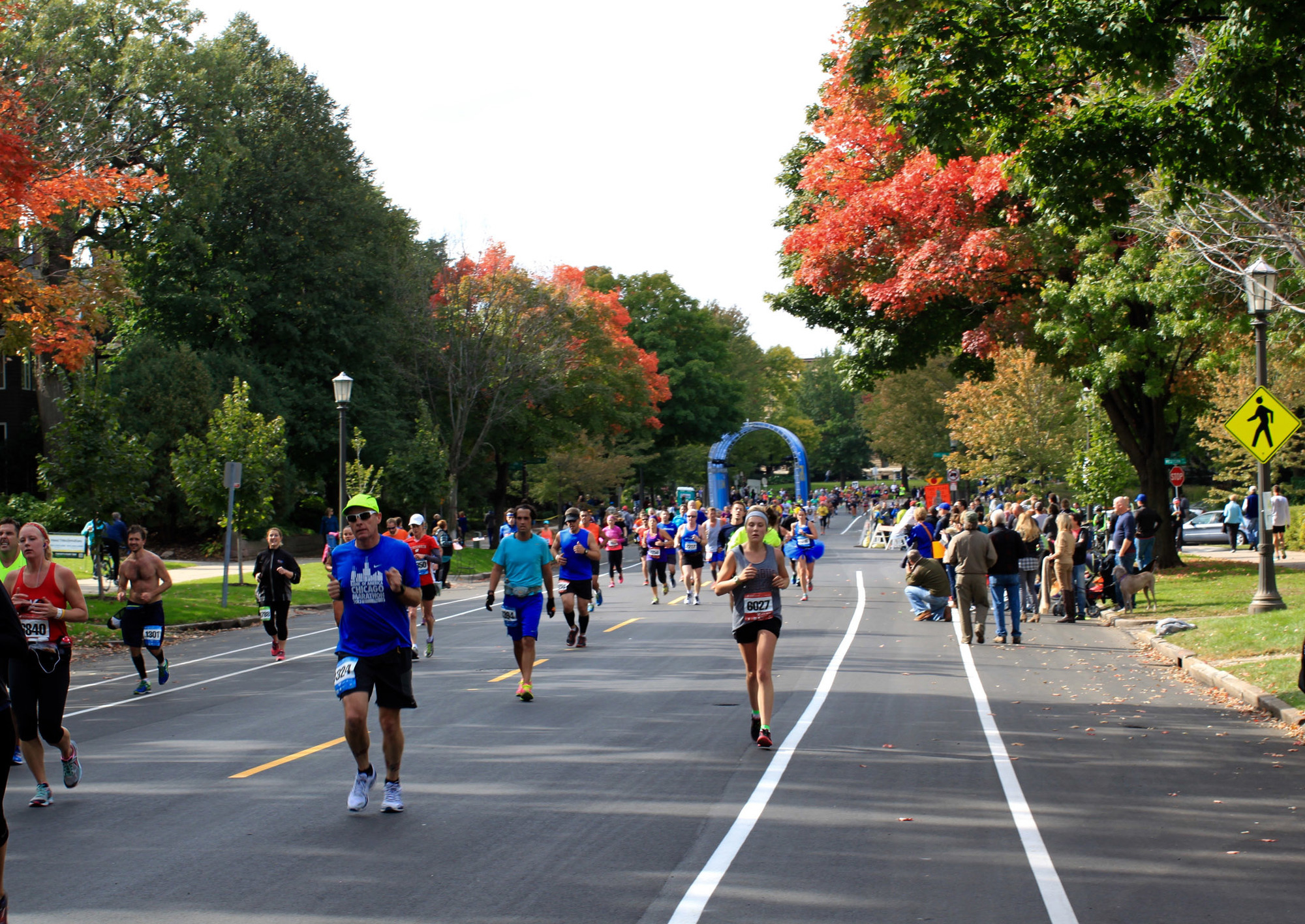 Dominic Ondoro of Kenya lacing up before the start of the Twin Cities marathon in Minneapolis. Dominic will go on to win the race in 2h and 11 minutes.

Held on the first Sunday of October, the 42.2km tour takes the runners through the lakes and tree-lined boulevards, crosses the Mighty Mississippi river, hugs the St Paul Cathedral, and finishes on the steps of the State Capitol in Saint Paul, as if the route was meticulously curated to take the runners - many visiting from across the country and 22 countries in 2015 - to the most scenic parts of the Twin Cities of Minneapolis and Saint Paul. 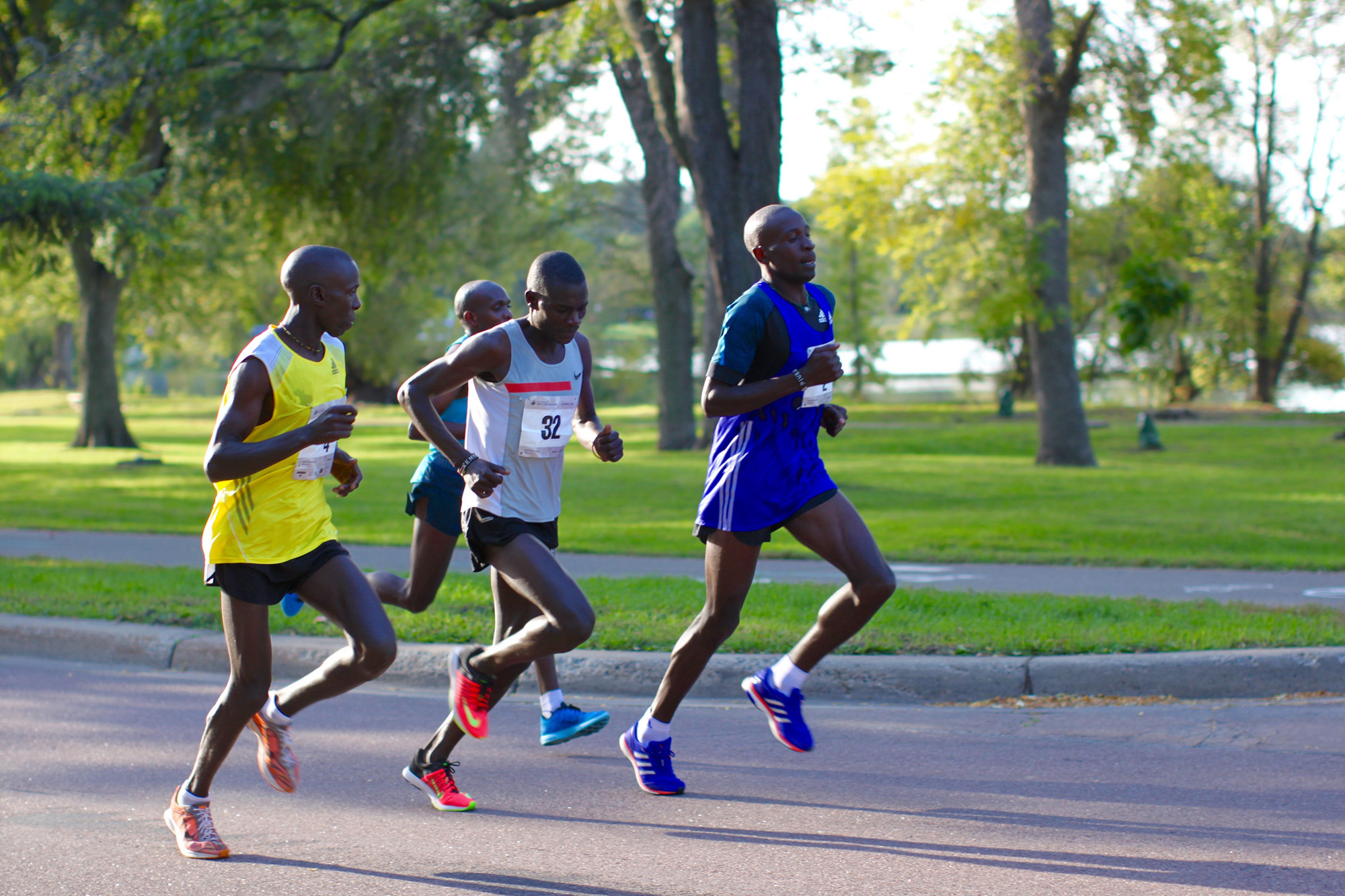 Elite male runners around the half-way point at Lake Nokomis in Minneapolis. 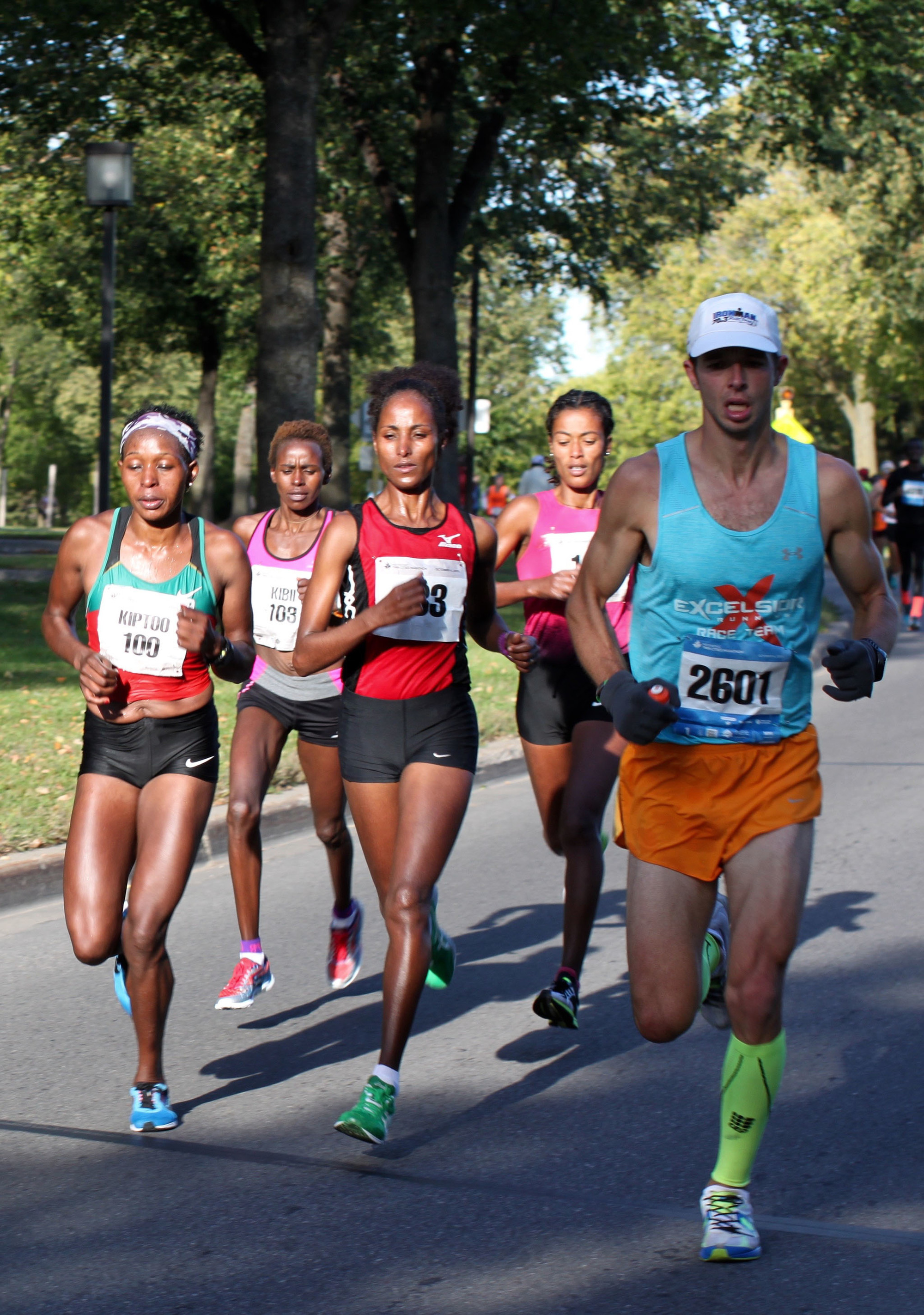 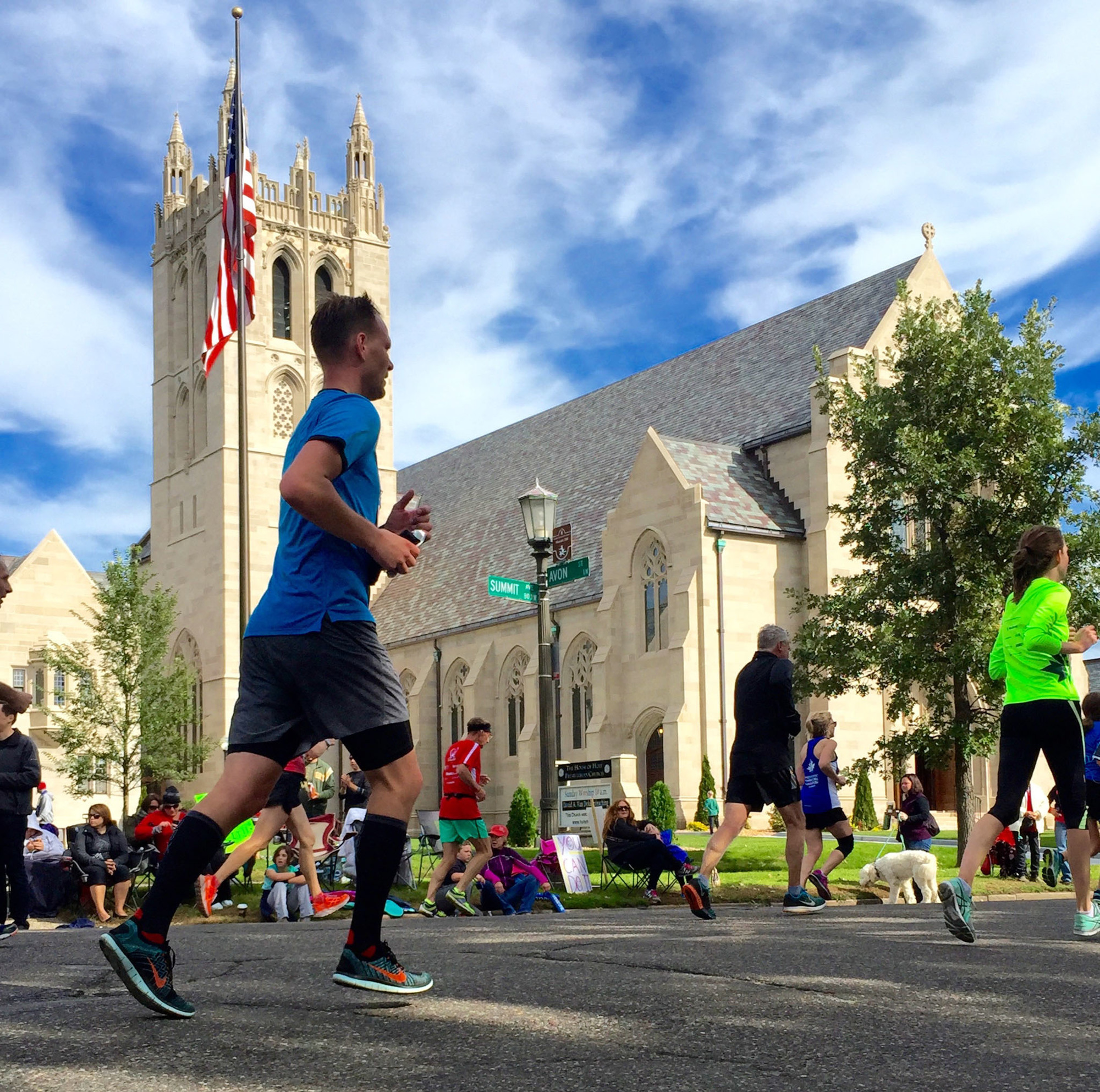 No marathon is successful without the support of spectators. Runners count on strangers’ smiles and cheerful words to bring them to the finish line. Twin Cities marathon is no exception. Blocks of West River Parkway in Minneapolis, and Summit Avenue in Saint Paul, turn into makeshift block parties with neighbors and strangers enjoying the fall weather while cheering on the runners. 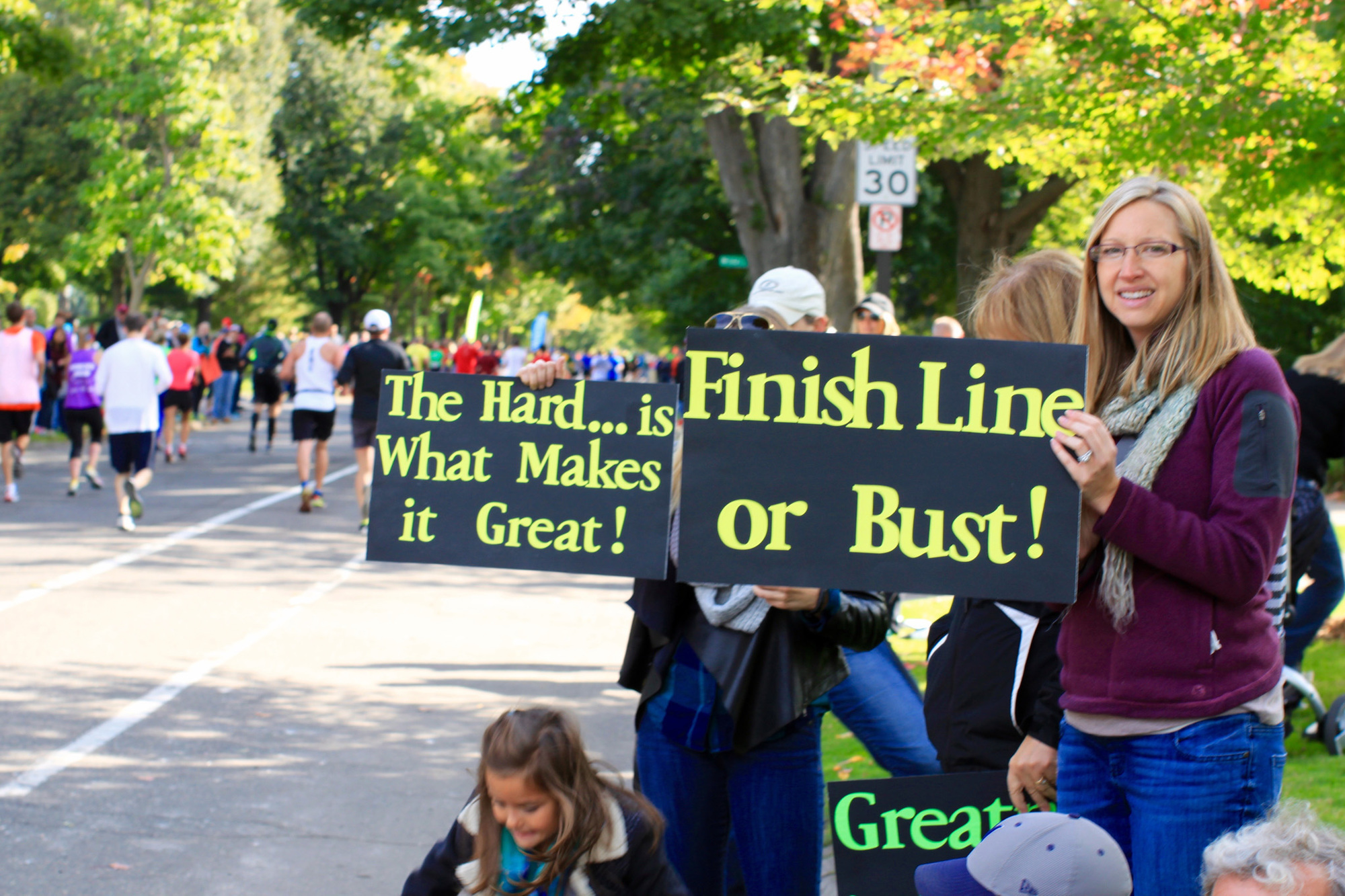 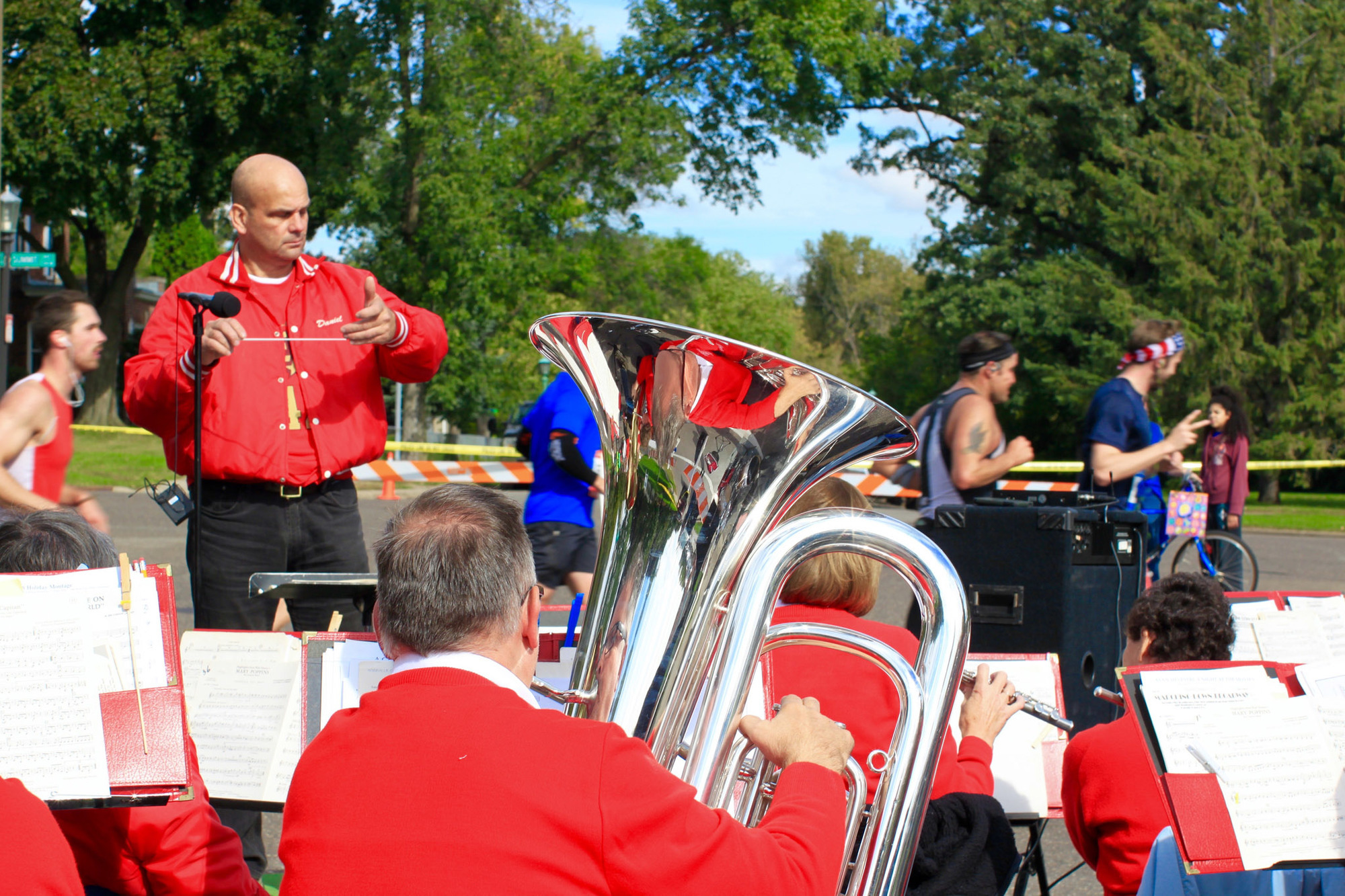 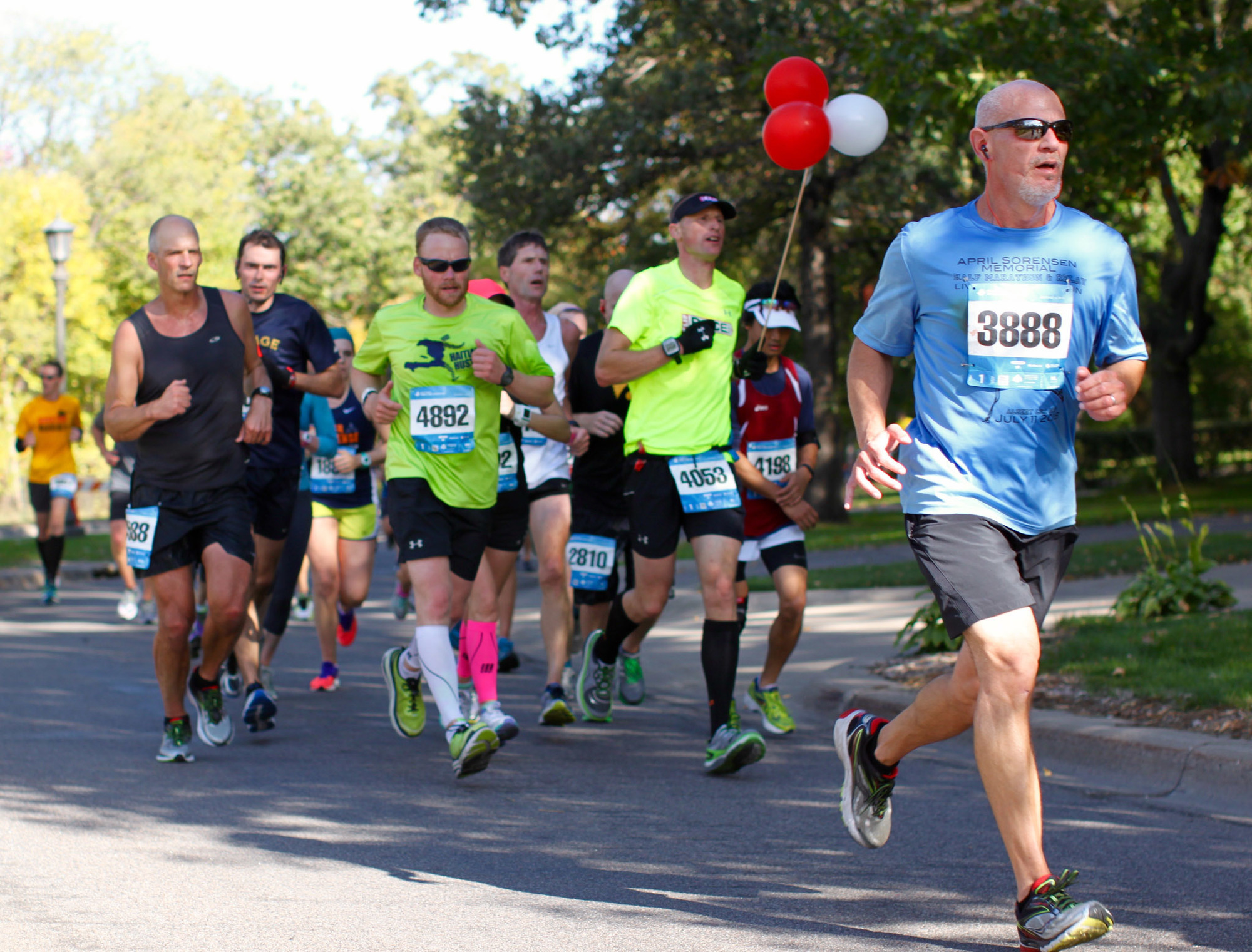 Designated pace-makers with the balloons and estimated finish time keep runners of similar pace in tow to encourage and motivate throughout the course. 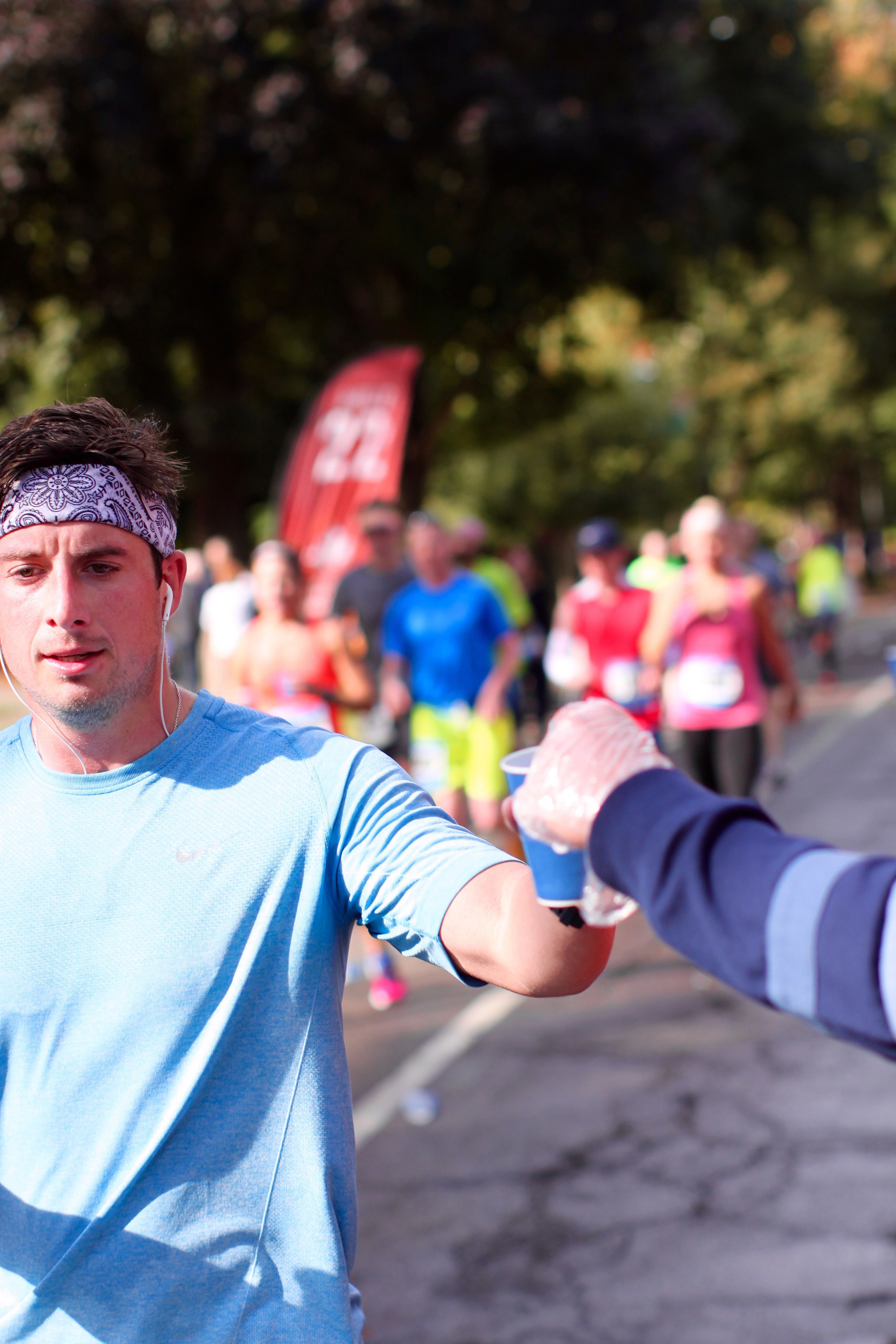 Hundreds of volunteers at the marathon assist the organizers all along the course. 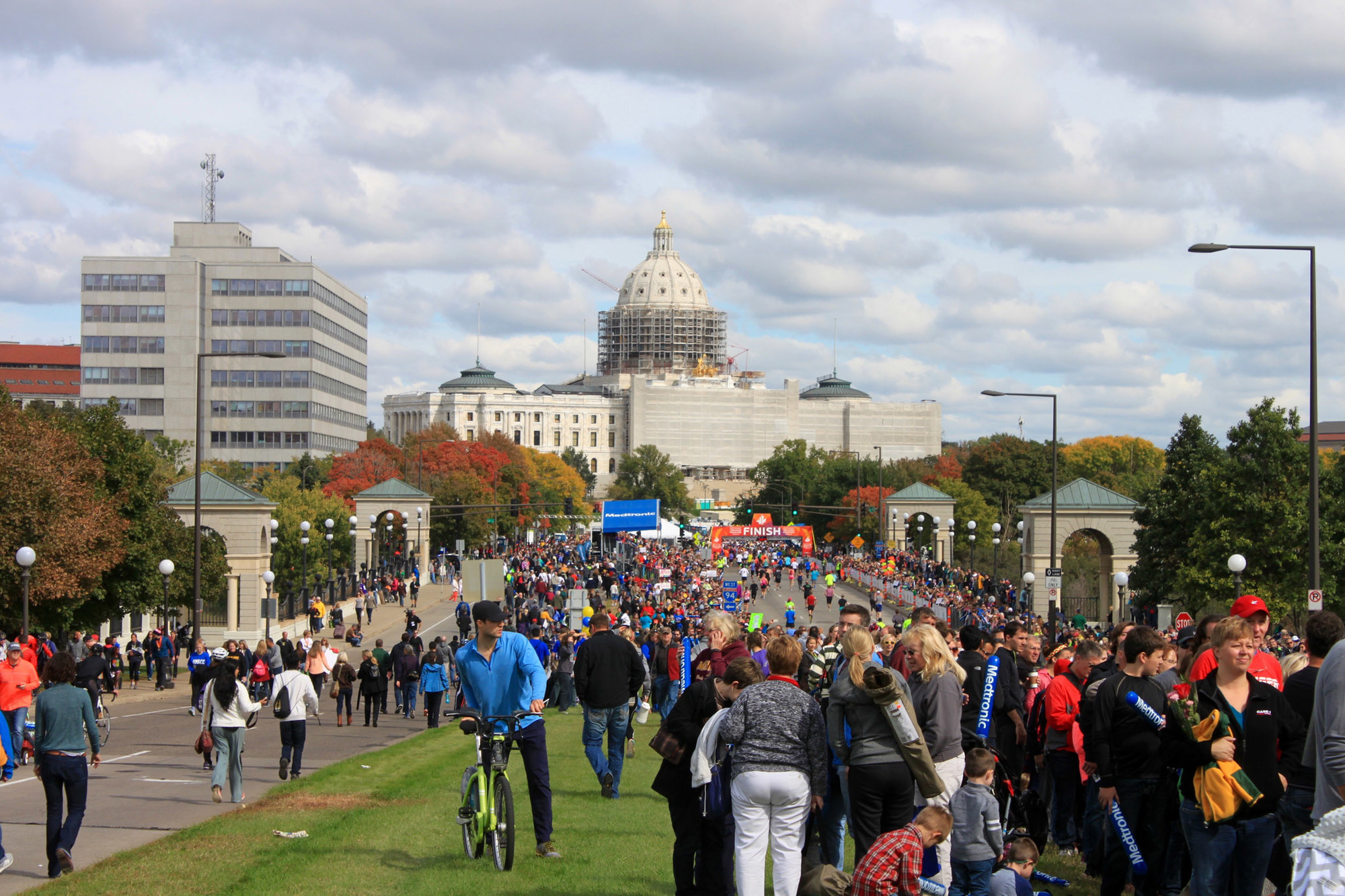 The final half mile is a downhill that pushes runners to a strong finish at the State Capitol. The beautiful course, the dedicated volunteers and amenities along the course makes Twin Cities marathon one of the bucket list running destinations in the country.