Let's follow Ramona in an illustrative guide to a Bucharest we have yet to see. This time 'round we go on a hunt for the freshly painted murals of the city, let's check it out!

In 2017 we have seen local illustration taking over basically everything one can imagine: from book covers to ceramic plates to silk scarves, quirky toys, playing cards and real cars, wearables and breakables, walls and windows, chairs and pillows, buses and sidewalks. In a community where illustration has forever since been the synonym of 'children’s books,' it has finally ventured some steps beyond and discovered the many other forms it can take. 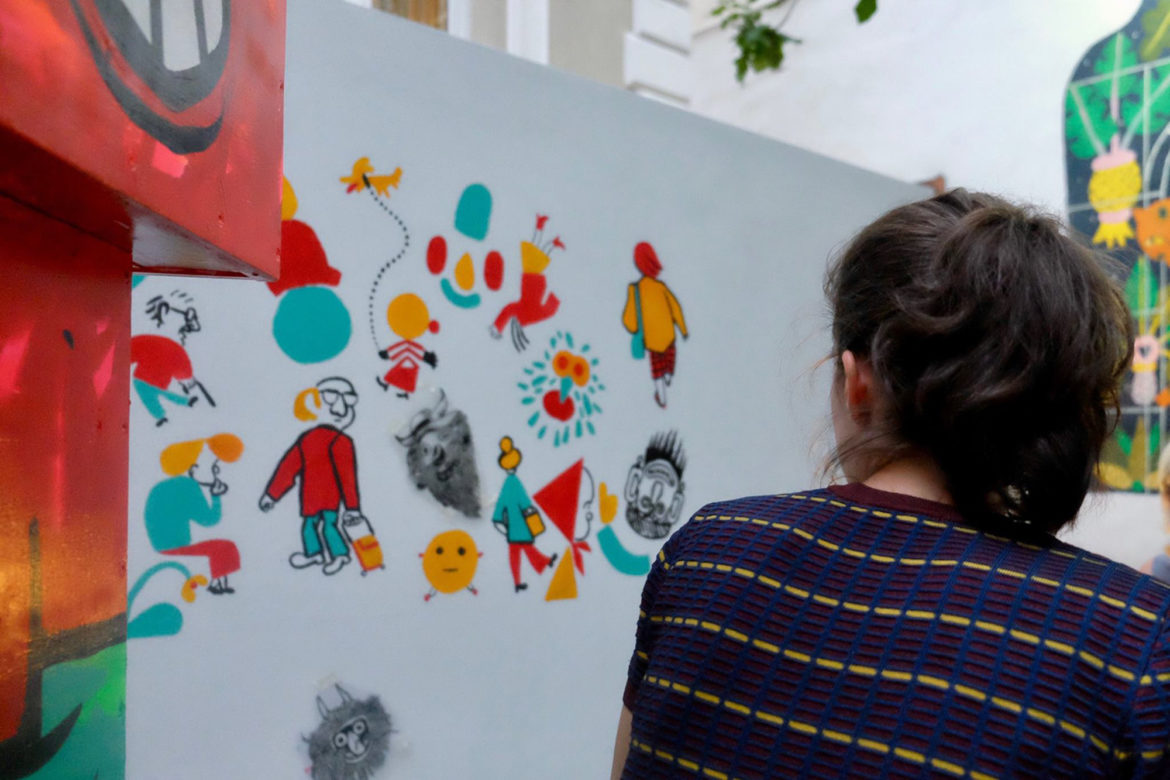 As Bucharest is still the most spoiled city in Romania regarding the number of exhibitions, art fairs, shops and events dedicated to illustration, here goes a short recap of some of the most recent illustration happenings around:

Some walls in Bucharest got themselves some pretty colorful makeovers in 2017:

“In a Relationship” Murals – the colorful results of a campaign that mapped for the first time the domestic violence lurking in the relationships between Romanian teenagers. The drawings are still up on the walls on Arthur Verona Street, painted during the Street Delivery festival.

HEDOF in Bucharest – Dutch illustrator Rick Berkelmans 'Hedof' was the guest artist invited by Visual Playground to create a new mural in Bucharest during the 2017 edition of the festival. It’s one of the prettiest walls in the city now, though still hidden from the public eye until the opening of the terrace at the University of Architecture. 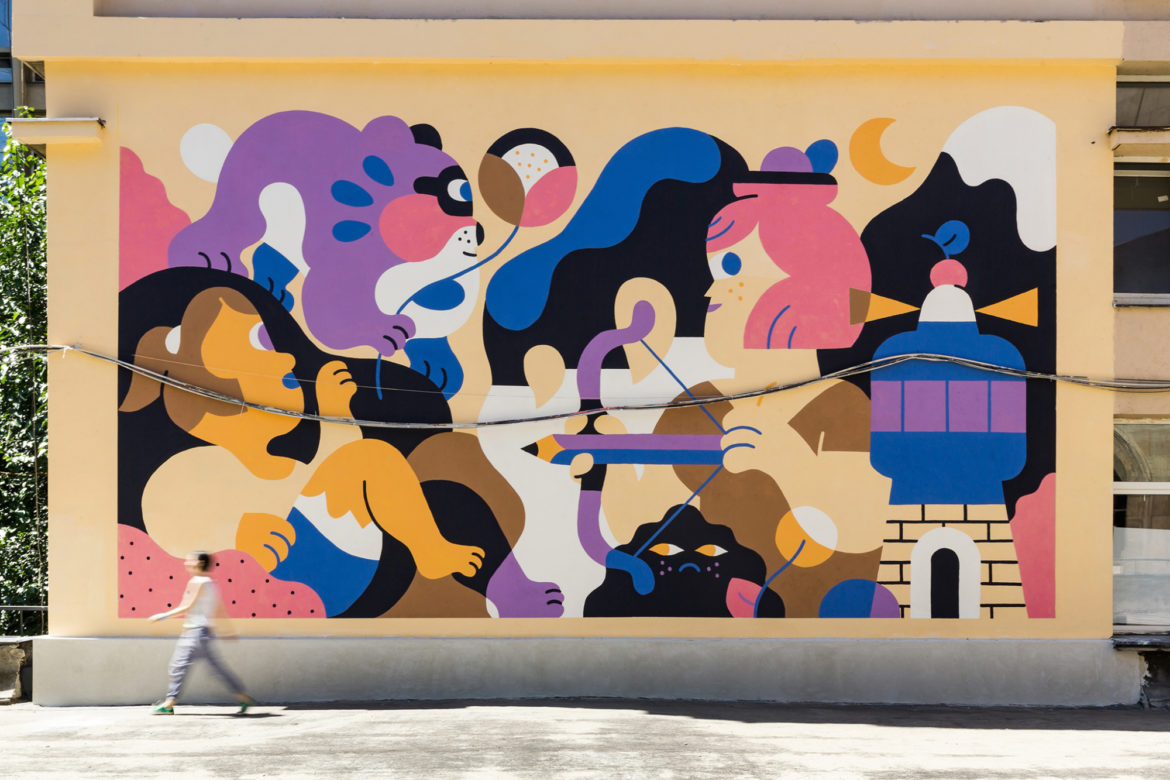 Lente Murals - a creative initiative which resulted in several real sweet mural interventions in the house that hosts one of the nicest get together places in the city – Lente. 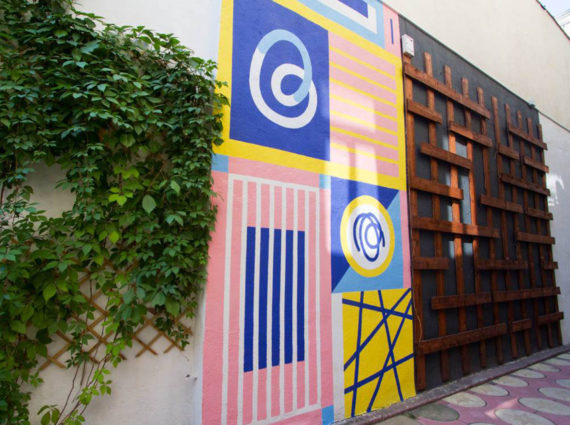 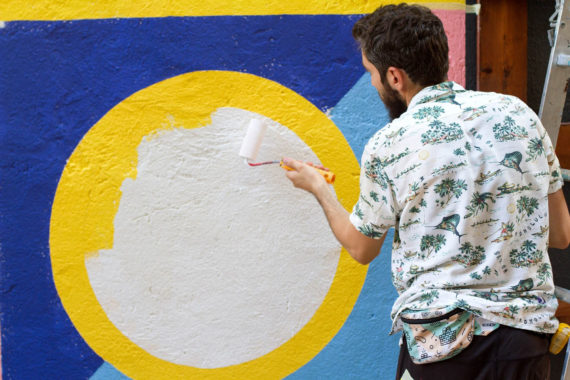 Golden Frame – over the last couple of months, local artists (like Saddo, Kitra & co) have been invited by Atelier 030202 to fill in the blank of the golden frame installed at the gallery entrance. 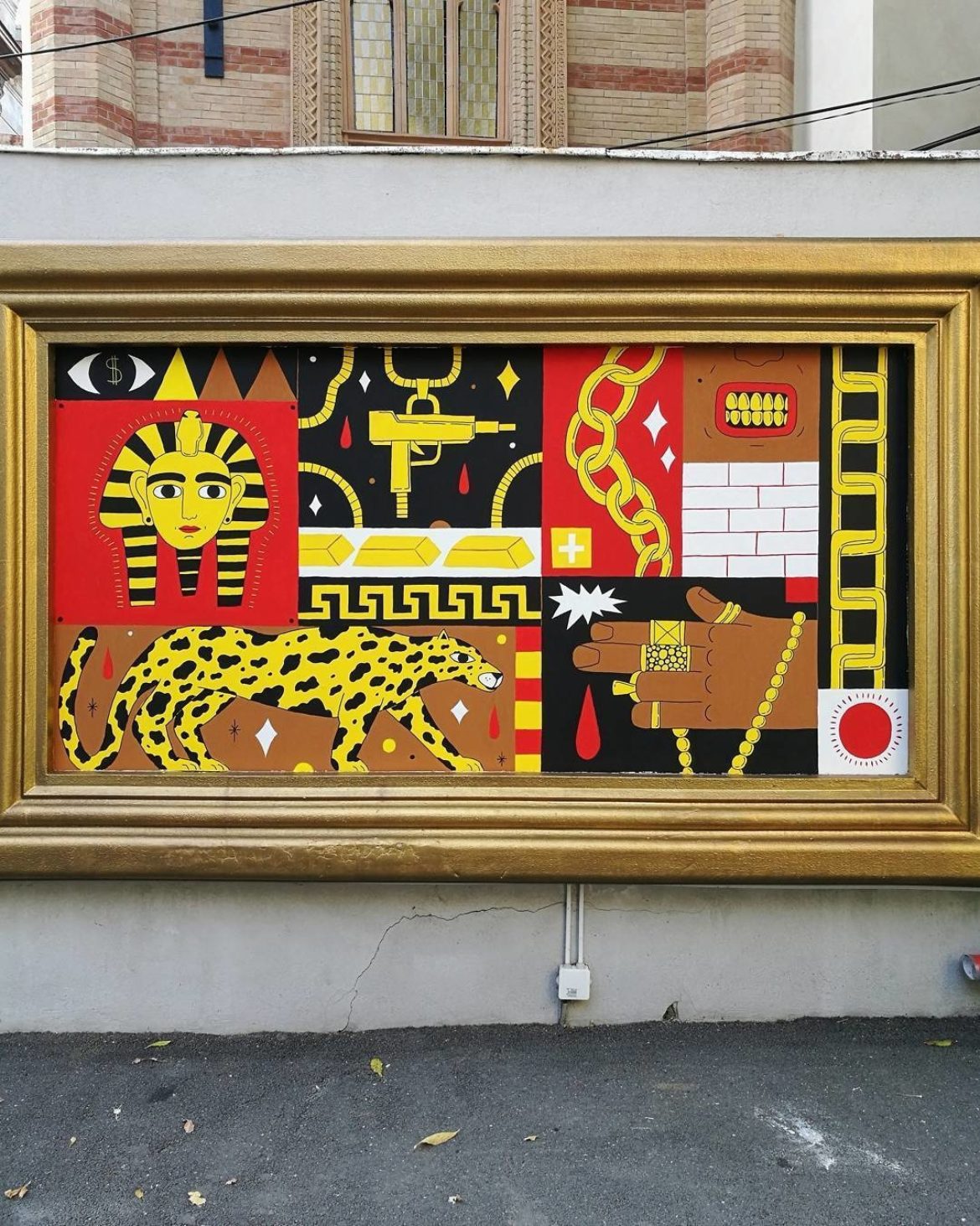 Giants of Pantelimon by Make a Point - the reconversion of former industrial spaces through cultural interventions is on a roll in Bucharest. Former factories are now finally brought to a second life by being transformed into contemporary gallery spaces, screening rooms, concert halls or creative hubs.

Last year, the NGO that focuses on bringing art projects more close to the community of this peripheral neighbourhood invited a number of both local and international artists to paint several huge murals on the roofs around the former water tower (now the Art Tower). The artworks were inspired by real stories about the neighbourhood collected from the locals: 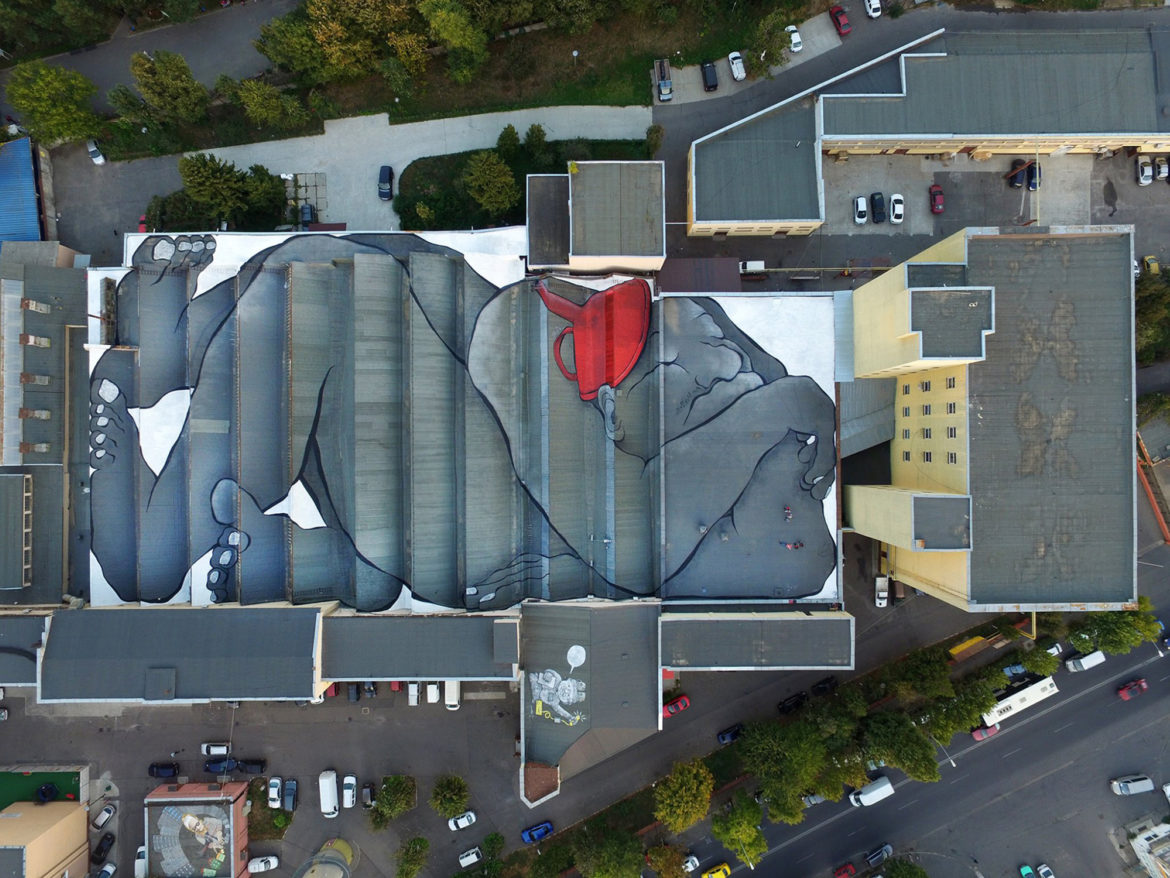 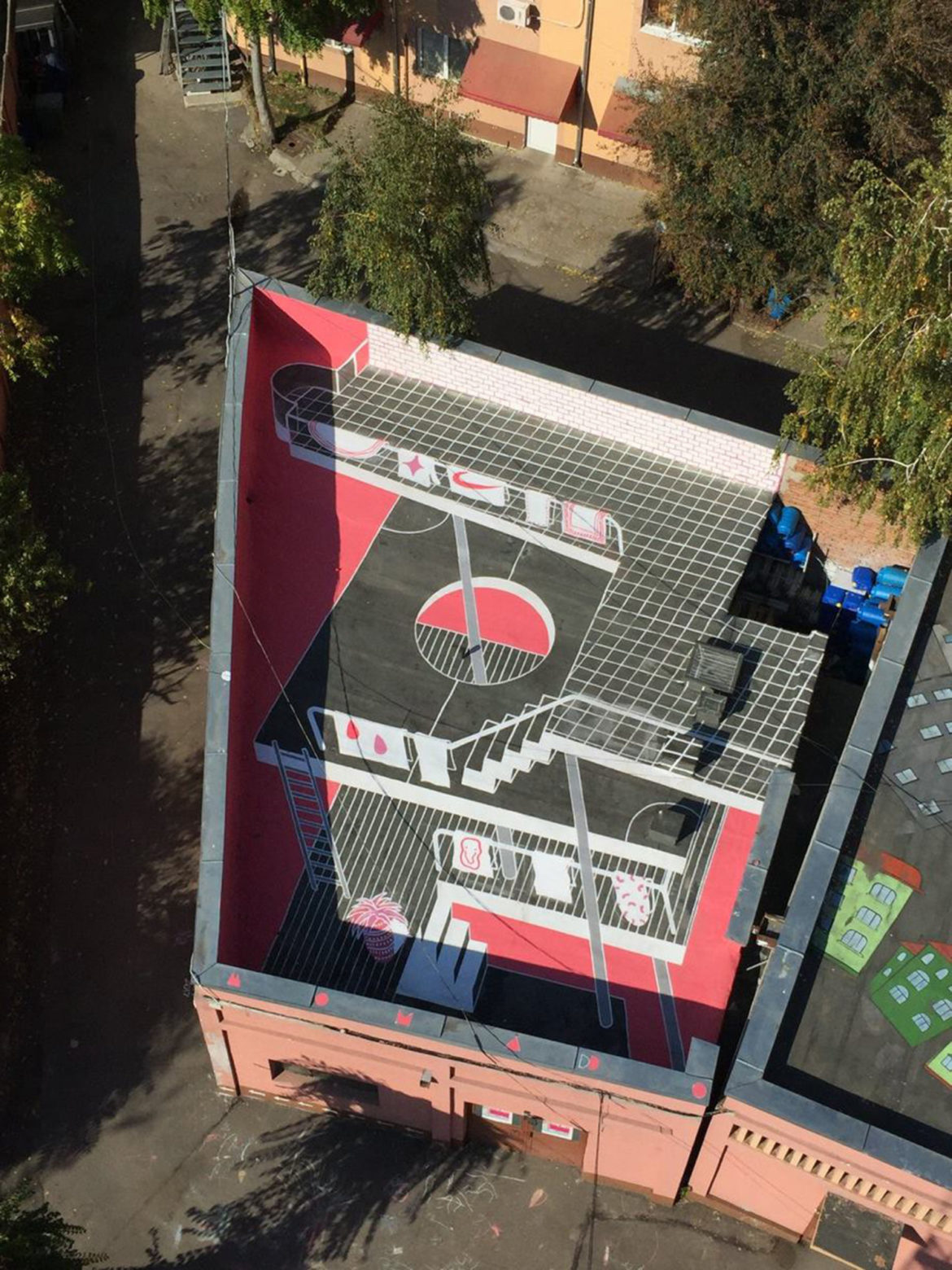 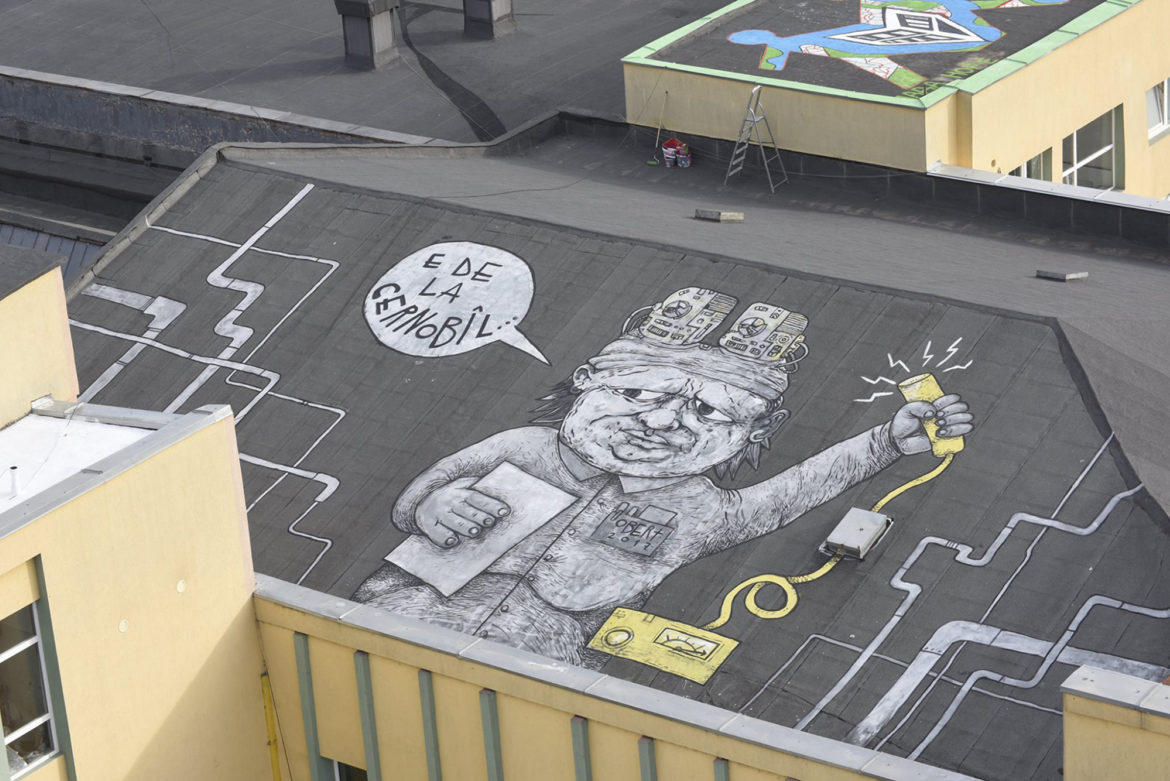 Thanks for reading the second to this four-part series! What a lovely collection of street artwork, want to see more? Check out our print journal for more creatives brightening up our cities! https://store.acitymadebypeople.com/ 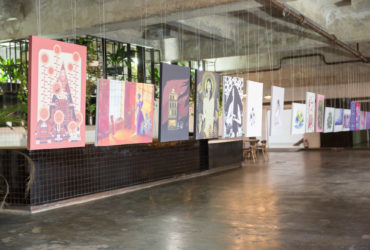 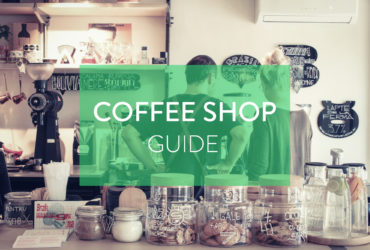 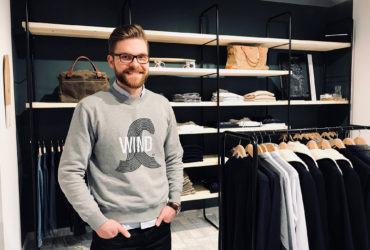 DRYFT, Not Just-Your-Average Store in Gdynia