From no-go to hotspot

Bijlmer, the south-east part of Amsterdam where no tourist come and most locals avoid. But not for much longer.

Culture lover, city pioneer and community builder Eva de Klerk had set her heart to revamp the former no-go area ‘Heesterveld’ in the Bijlmer. Eva and her team have transformed Heesterveld from a depressed district that lacks cultural identity into a creative hotspot. 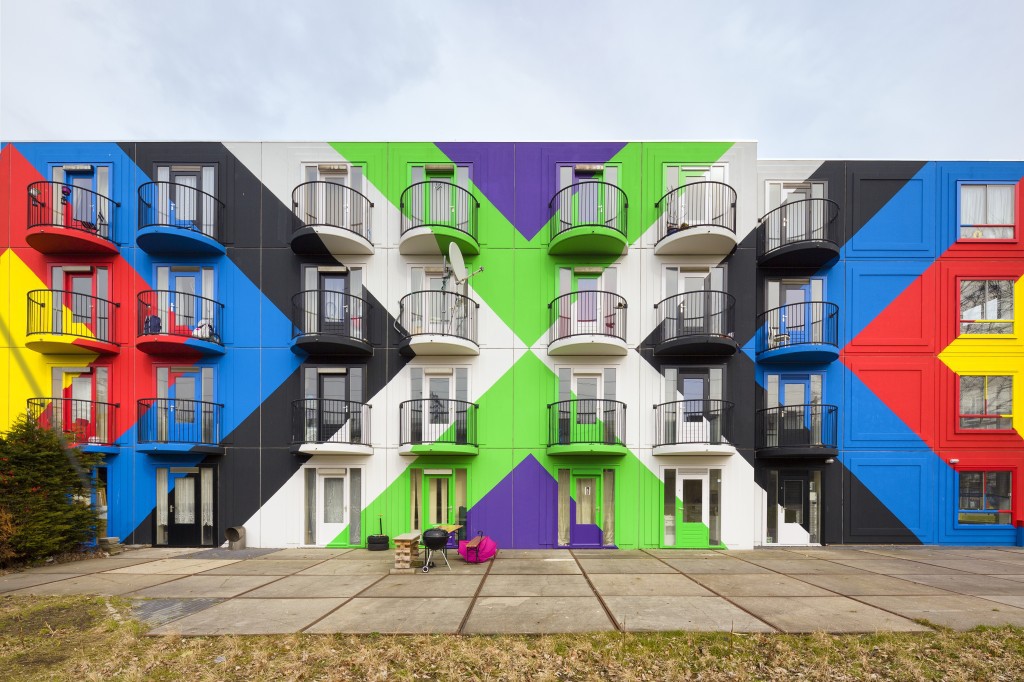 To give you an idea what Heesterveld was like before, you need to know a bit of its history and background.

In a nutshell, the Bijlmer was churned out because of massive housing shortage in the late sixties. The mass 11 story high concrete buildings were initially meant to accommodate mid-class families. Instead, it mostly housed lower income immigrants. In the 80’s it was a fact, Heesterveld was stamped a ghetto with high unemployment and crime rates. Because of its stigma, many Amsterdam residents had or still have no idea how lively green and open the Bijlmer actually is, with its festivals exotic lunch rooms and many neighbourhood activities. 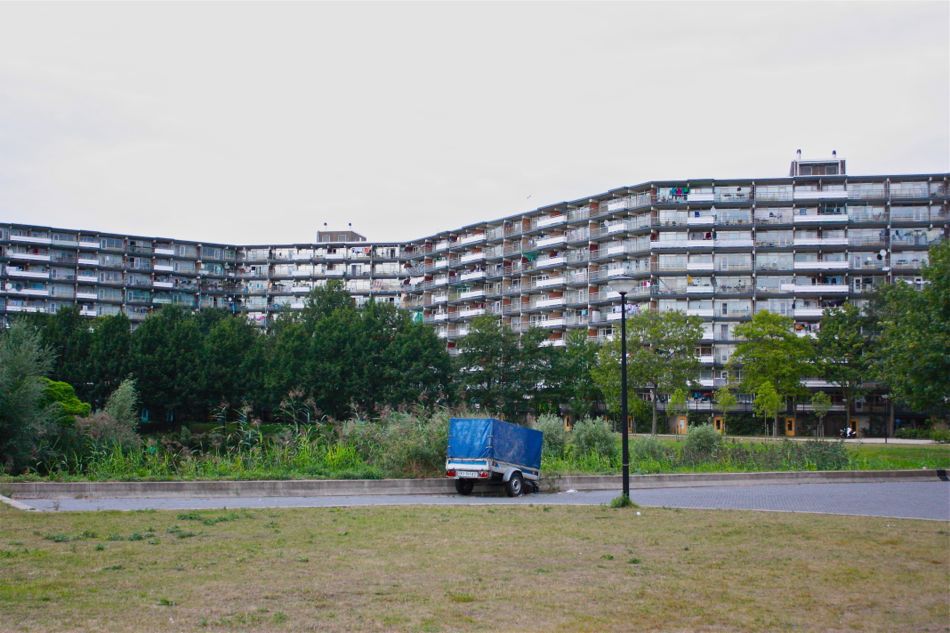 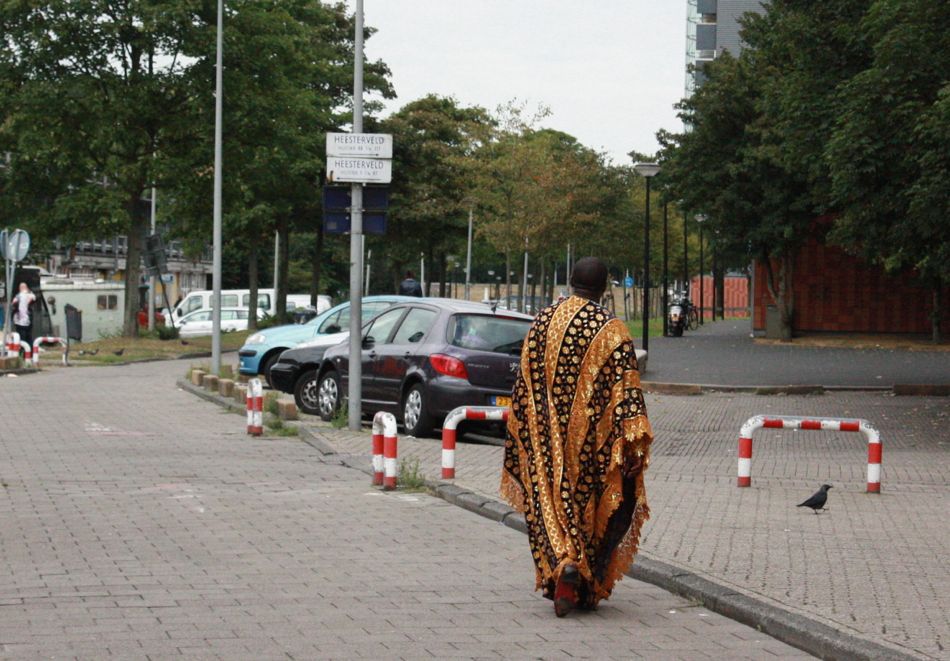 How did Heesterveld turn out to become an area where creative people want to work, live and go out for fun?

A collective building Heesterveld Creative Community was created by Eva de Klerk and she also directed a cultural program to get the residents involved.

They are now actively contributing to debates, performances and art exhibitions in their own hood. 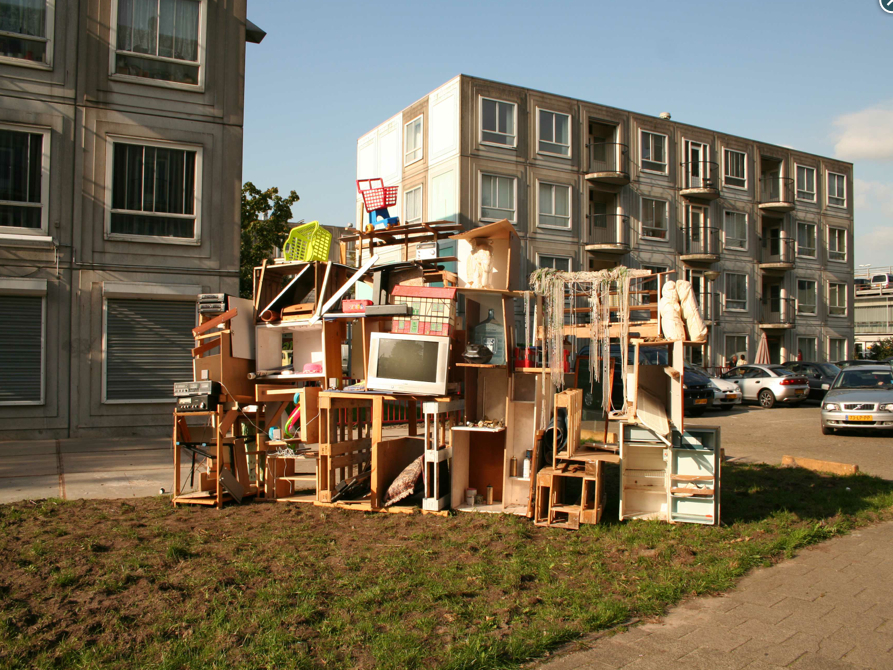 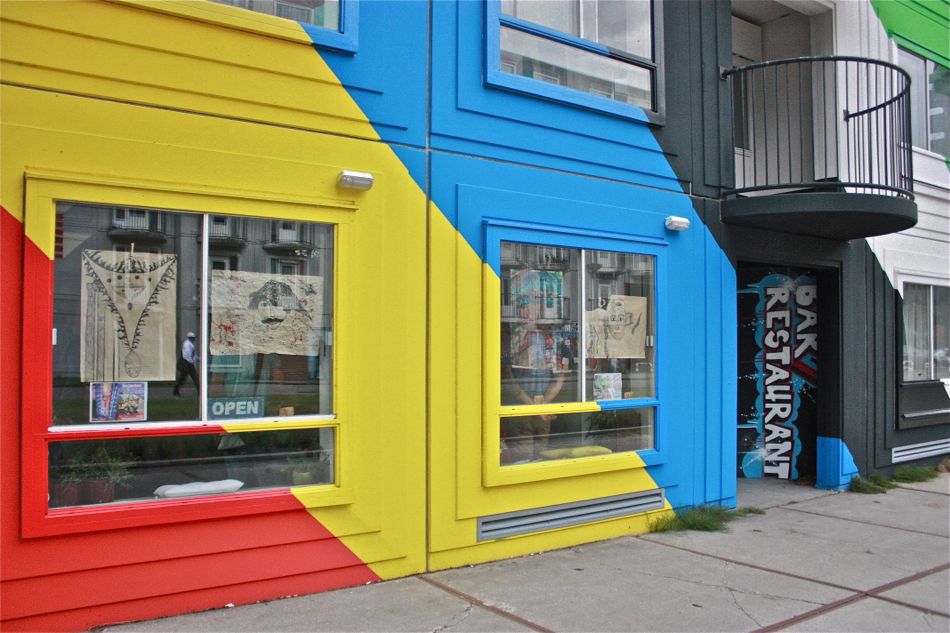 Heesterveld has since then attracted creatives such as fashion designers, architects and what not. Well respected national as well as international street artists have contributed making art work in the neighbourhood. Such as IvesOne, Laser 3.14, Nychos and Dalata just to name a few.

Graphic designer and former graffiti artist, Floor Wesseling, designed the housefronts. He was inspired by the emphatic presence of the poetic rap and hiphop culture in Heesterveld.

For more information on Heesterveld Creative community and its projects visit www.heesterveld.nu/ or if you'd like to see more work of Eva de Klerk visit www.evadeklerk.com/ 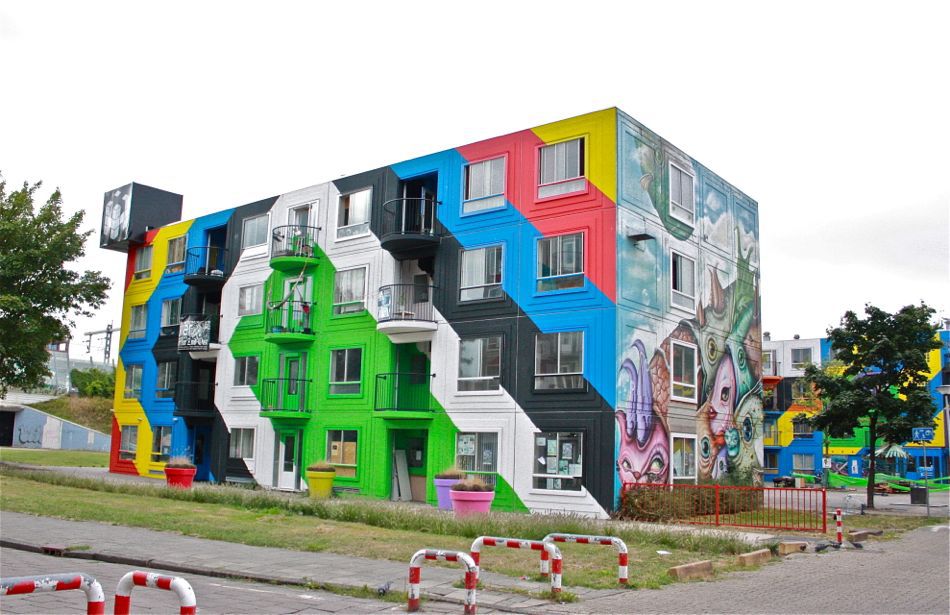 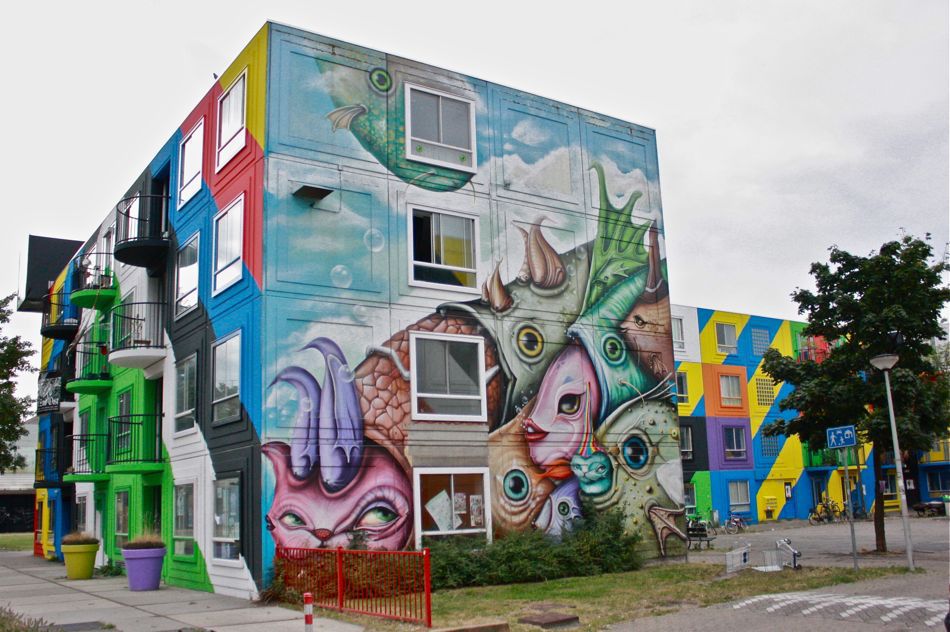 A piece by local Amsterdam artist Ives One. 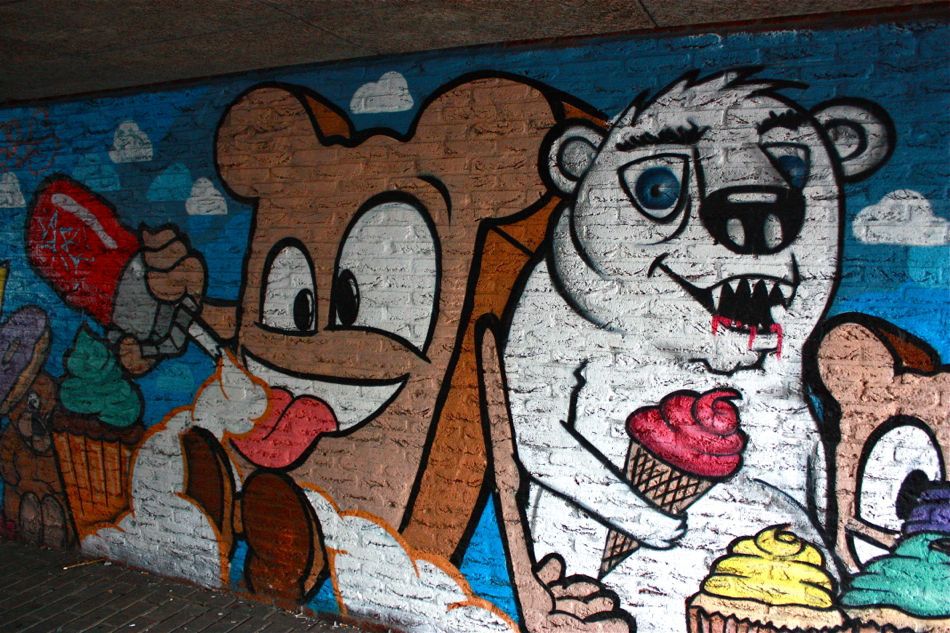 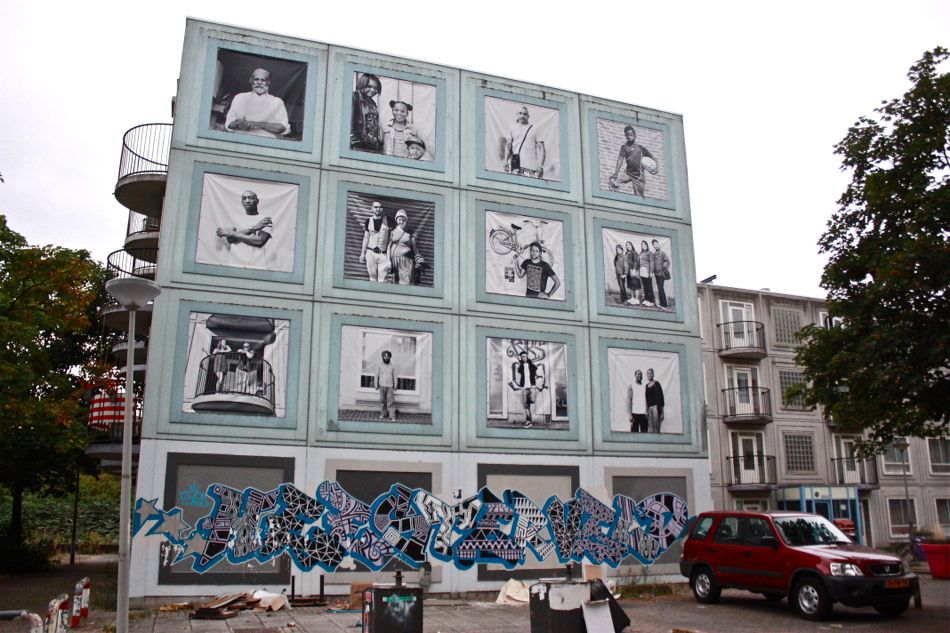 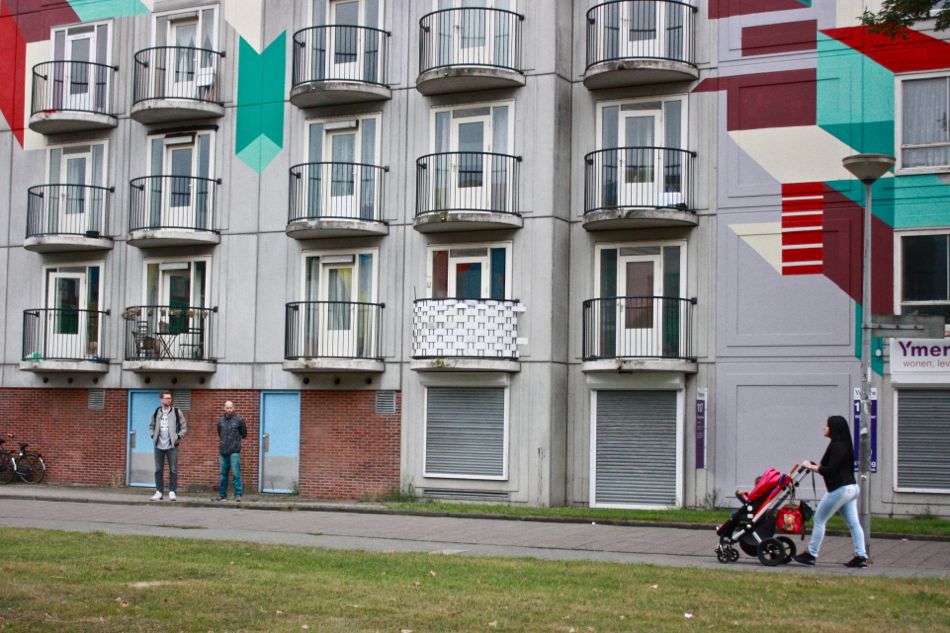