No peace, no pussy - Women's March Amsterdam, a prostest against discrimination and exclusivity

20.000 people united in Amsterdam, to send out a clear message about equal rights and respect. Correspondent photographer Richard went out to capture the march.

Amsterdam means many things to the many that call it home, and as I stand shoulder to shoulder under a sea of orange umbrellas in the heart of the city. I am reminded of diversity, through the people who inhabit it and the unity between them. On the cusp of the Dutch elections, this unified bond has come out in force to once again emphasize its collective voice of equality for all as they prepare to vote this coming Wednesday.

Although organized for women´s rights, the 20,000 participants reflected that a belief in human rights sees far beyond gender, religion, and age.  As the cheerful chants ring out along the Vijzelstraat, people hang from windows and traffic is stopped in support of the message from the orange streak that runs the breadth of its distance...

In true Amsterdam spirit, the feeling is more of a carnival than a protest on its three-kilometer march. With elaborate outfits adorned, orange pussy hats and animated bursts of singing as the snaking crowd begins to Museumplein, much the joy of the tourists, many of whom deciding to join along the trail. Yet the message is clear under the array of placards that bob vigorously in agreement as the speaker unifies the voice of the people

"We are here for similar rights, not only for women but for all vulnerable groups in society. There shall be no tolerance against hatred."

This city has spoken. 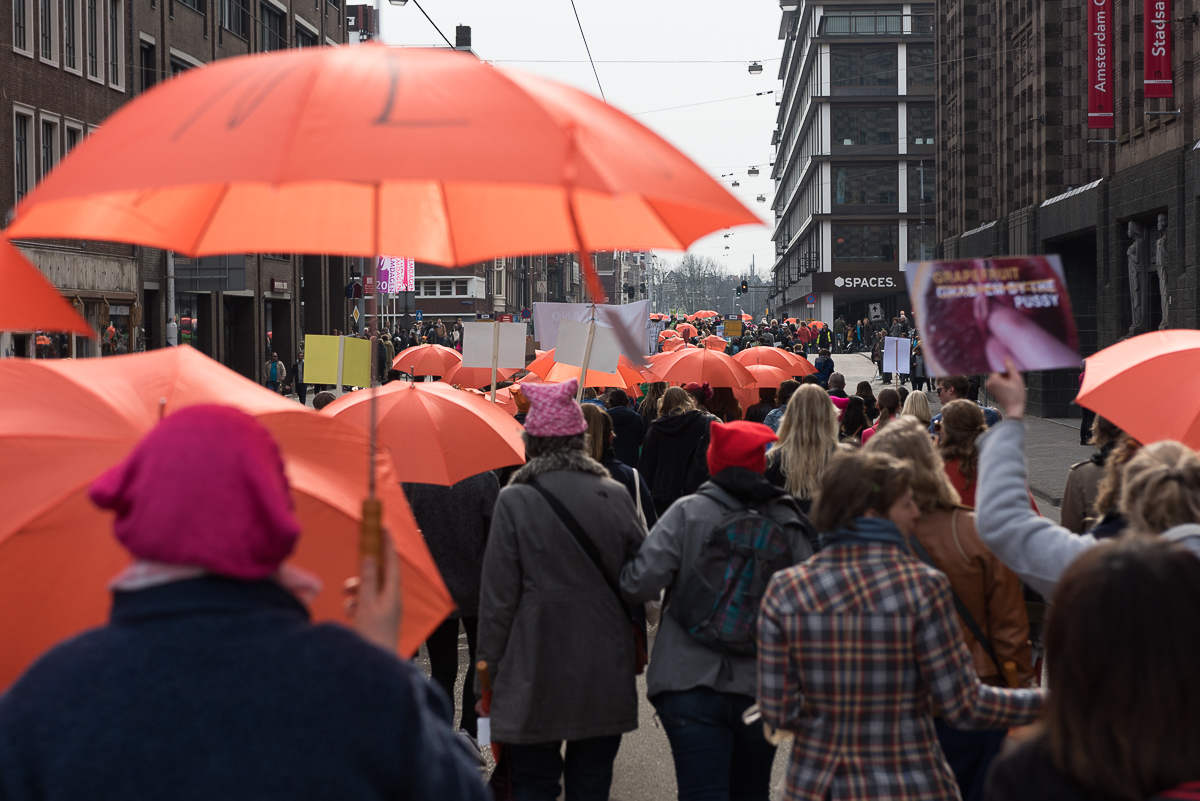 A sea of orange umbrellas march down Vijzelstraat. 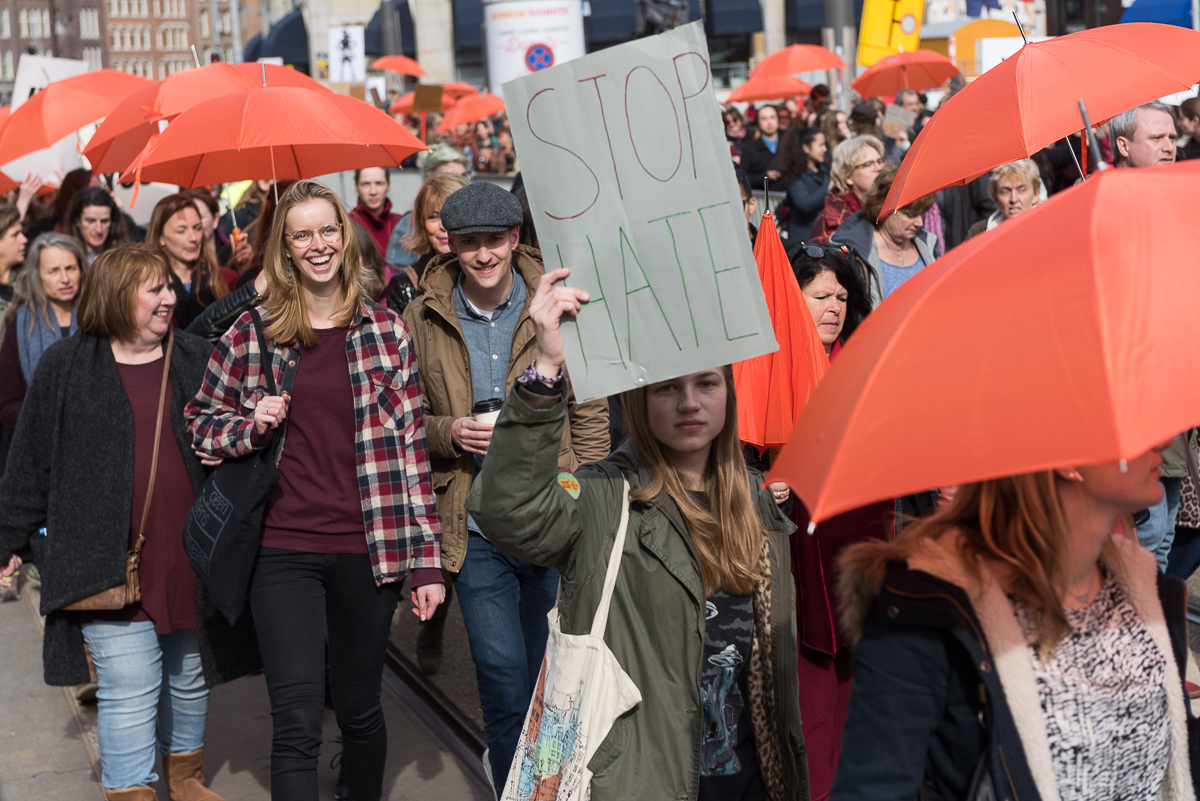 Protesters react to the rise of "Trumpism" and its potential influence in the upcoming elections. 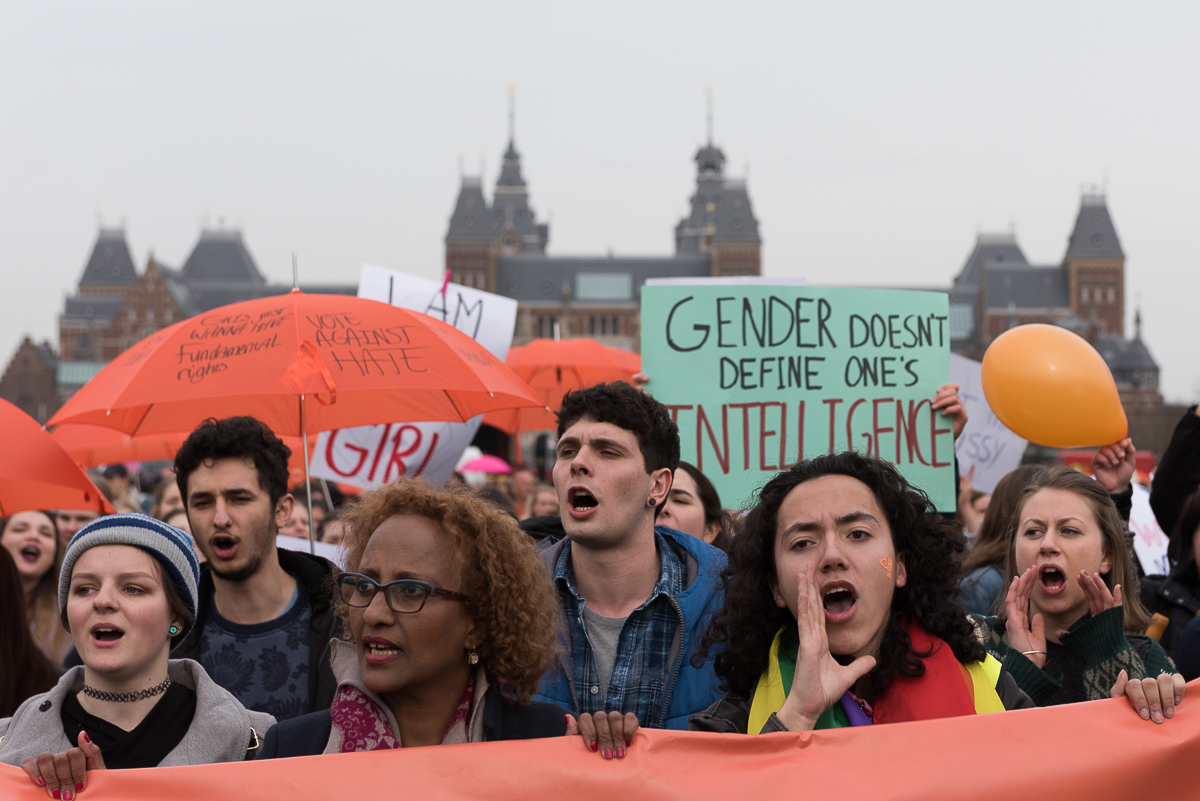 The march culminates in Museumplein as the participants are told that they are 20,000 in total. 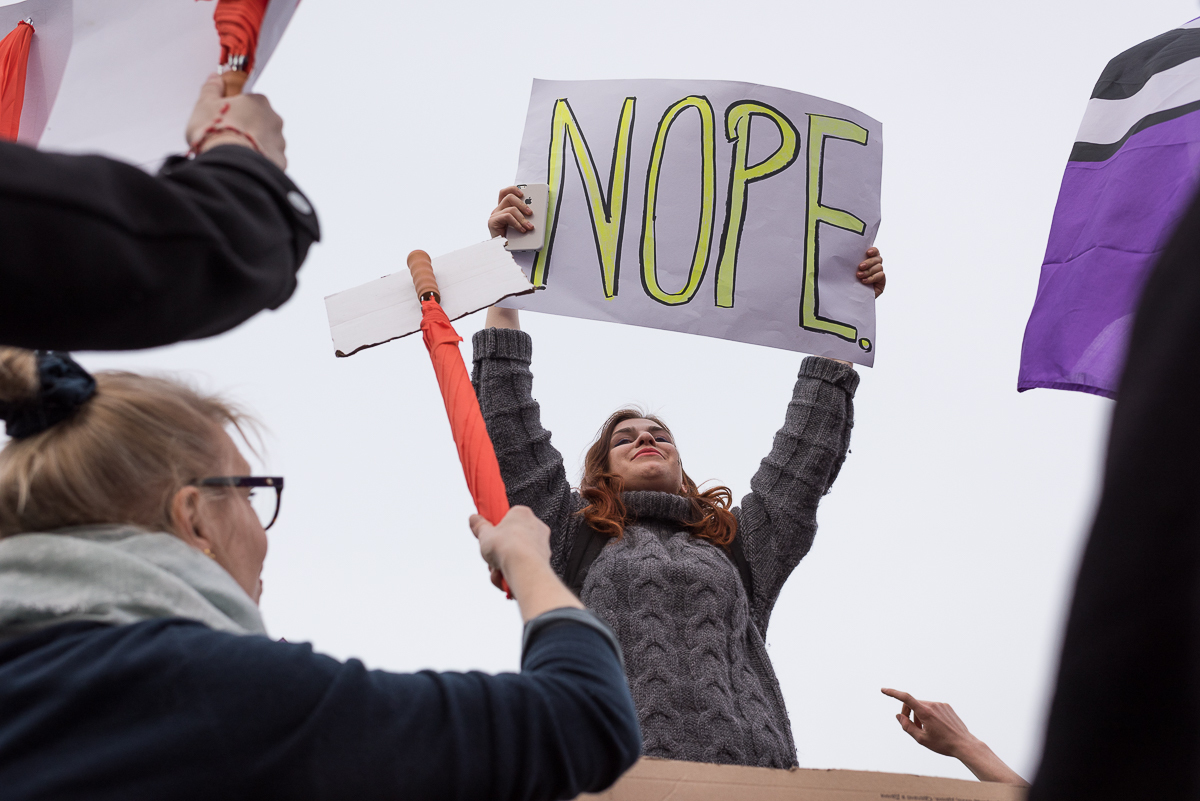 A cheerful yet strong message against the zero tolerance of hate. 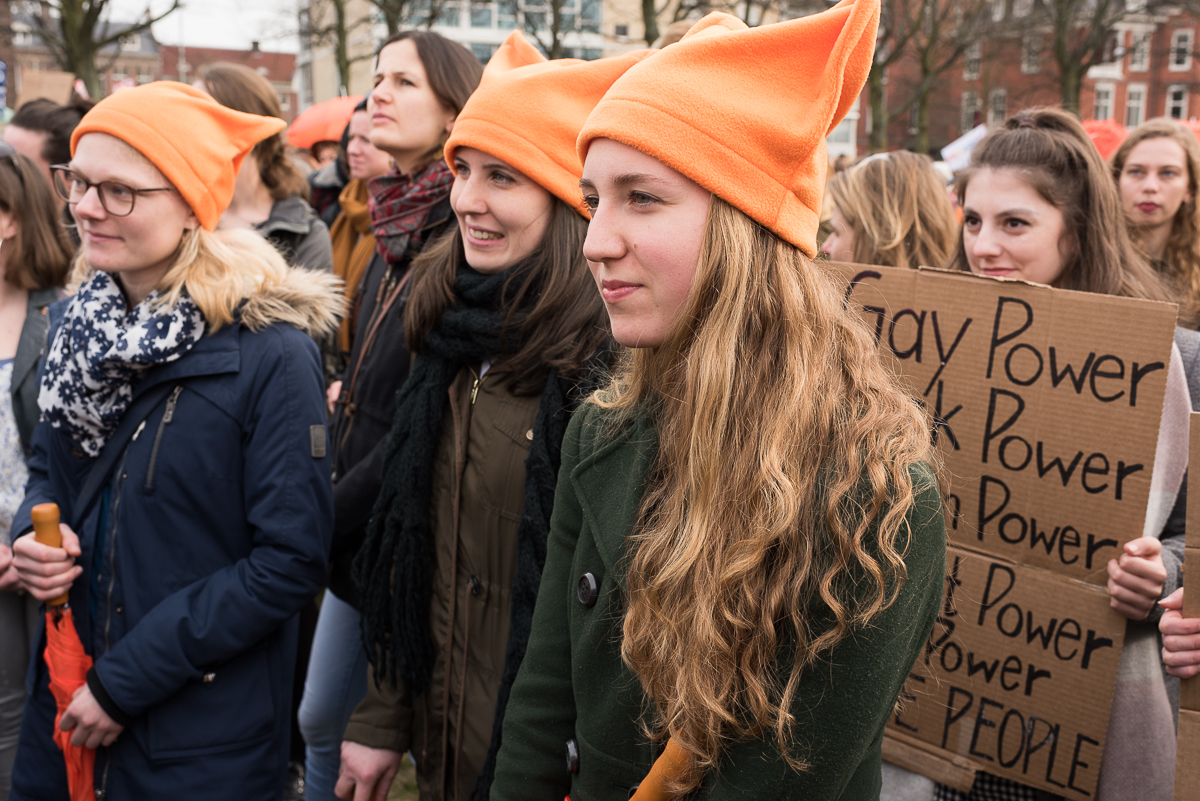 A creative piece of headwear in response to Trumps infamous "Grab em by the pussy" www.pussyhatproject.com 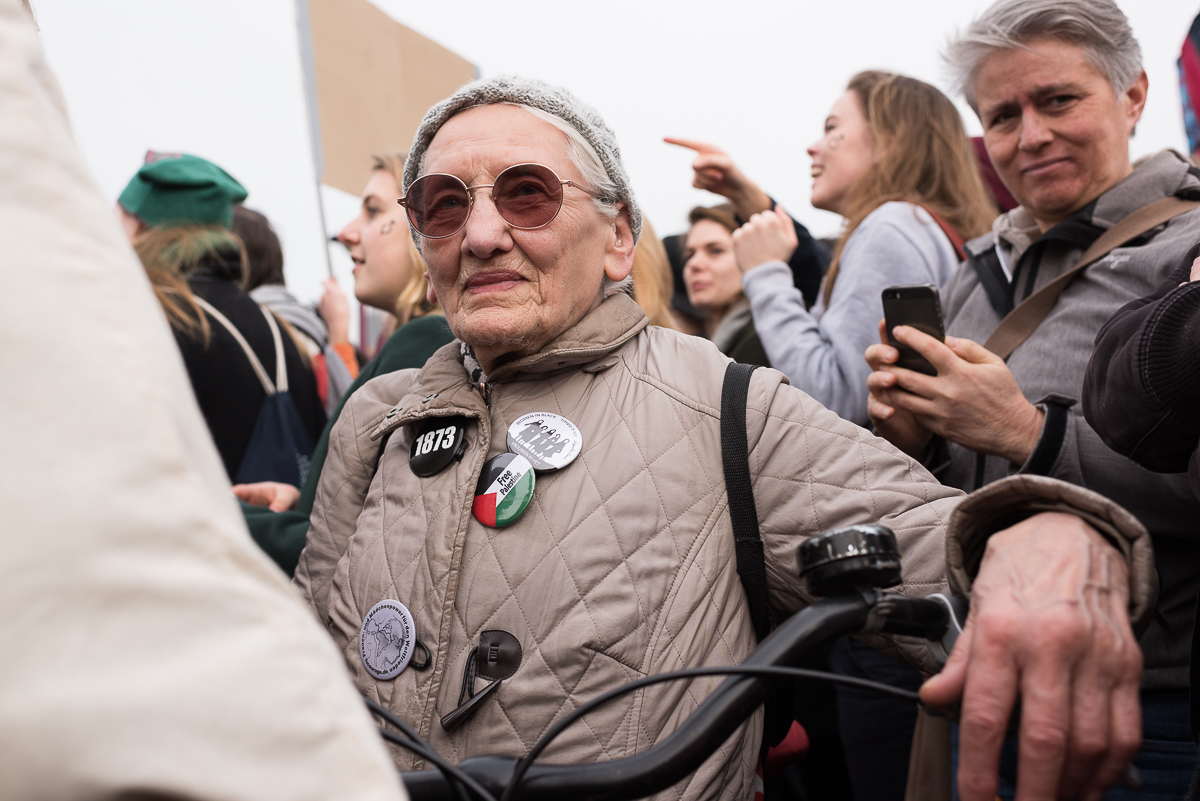 A united Amsterdam has no age division. 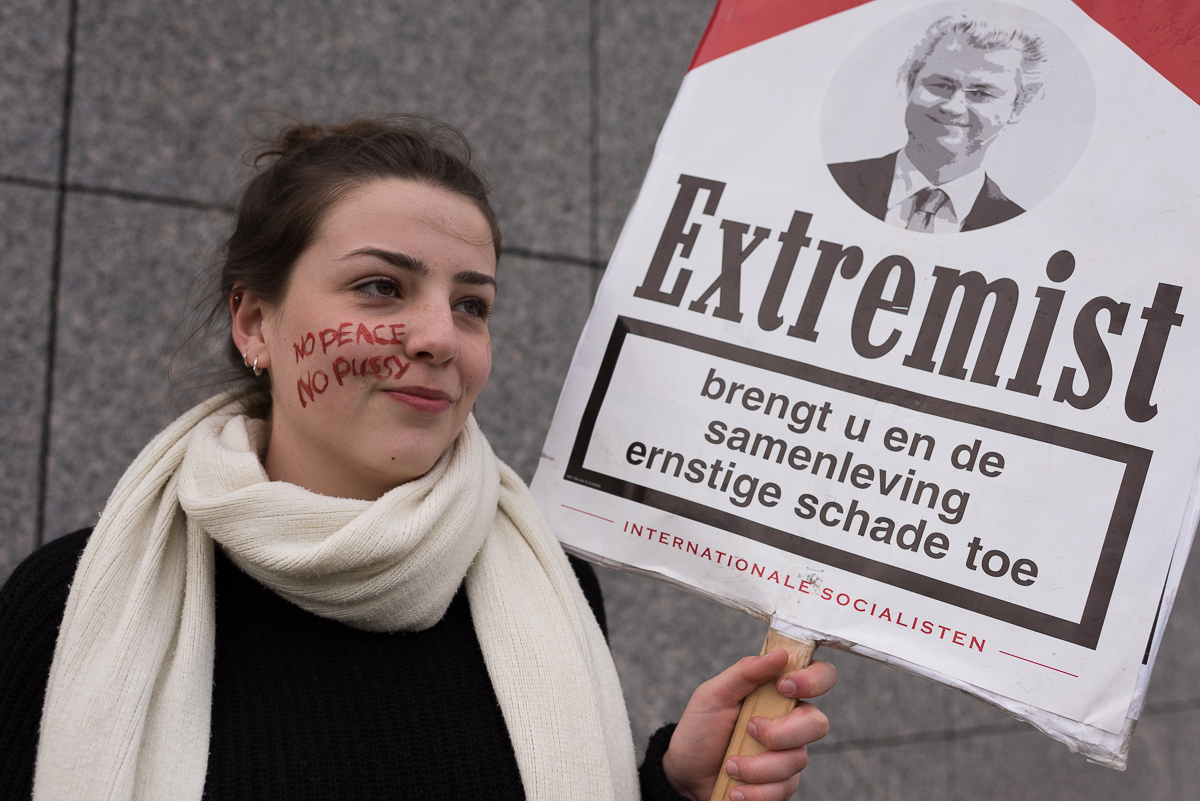 Doete - "It's important that politics is not fuelled by money yet by the people." 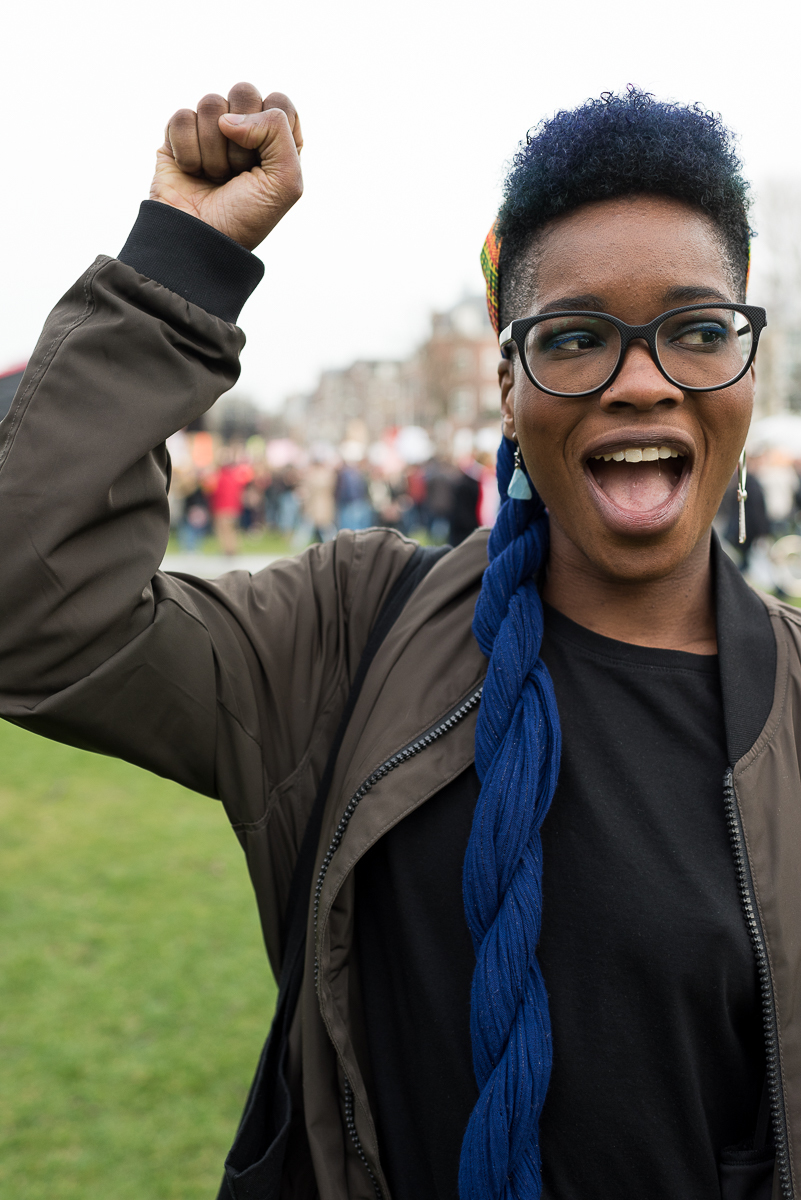 Jennifer - "Why would I not be here, or voice needs to represented. For the black community, for gay and women's rights. We can not be afraid to disagree." 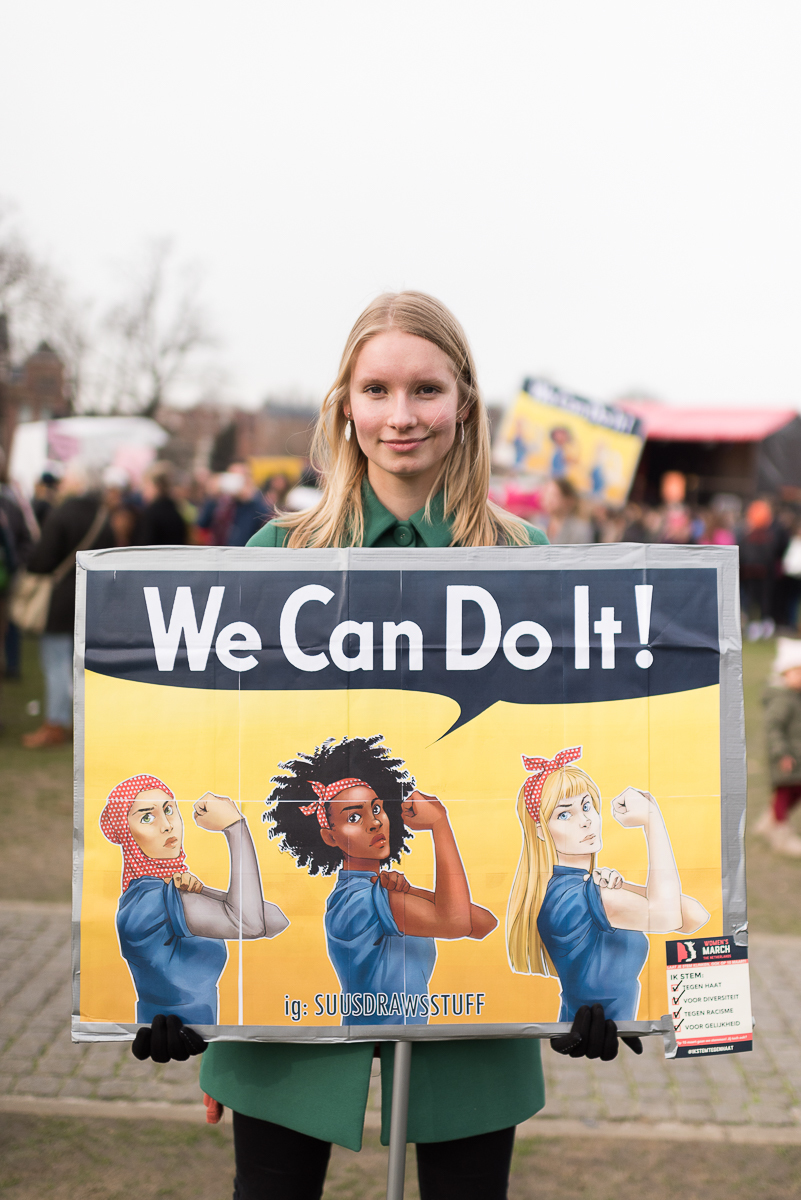 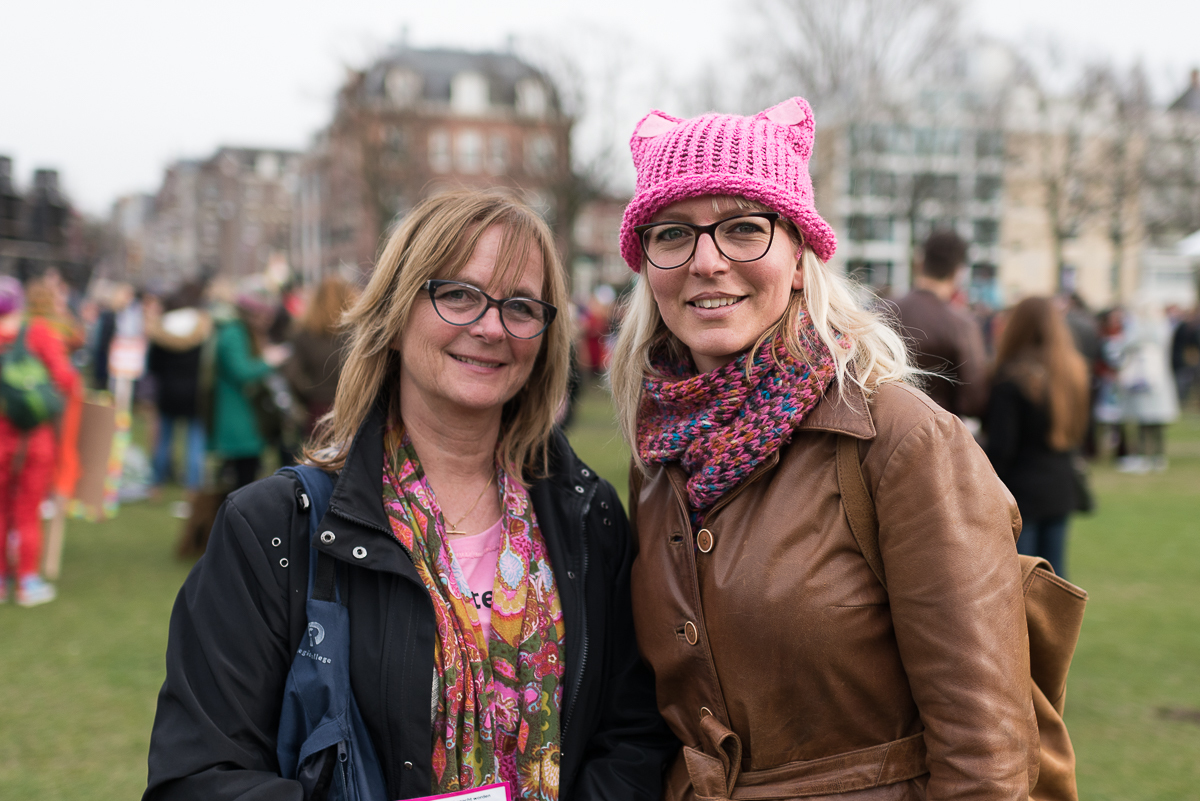 Leontien & Yolanda - "We work at a school and don't want statements to be normalized like "grab them by the pussy" this can not happen... Not without consent." 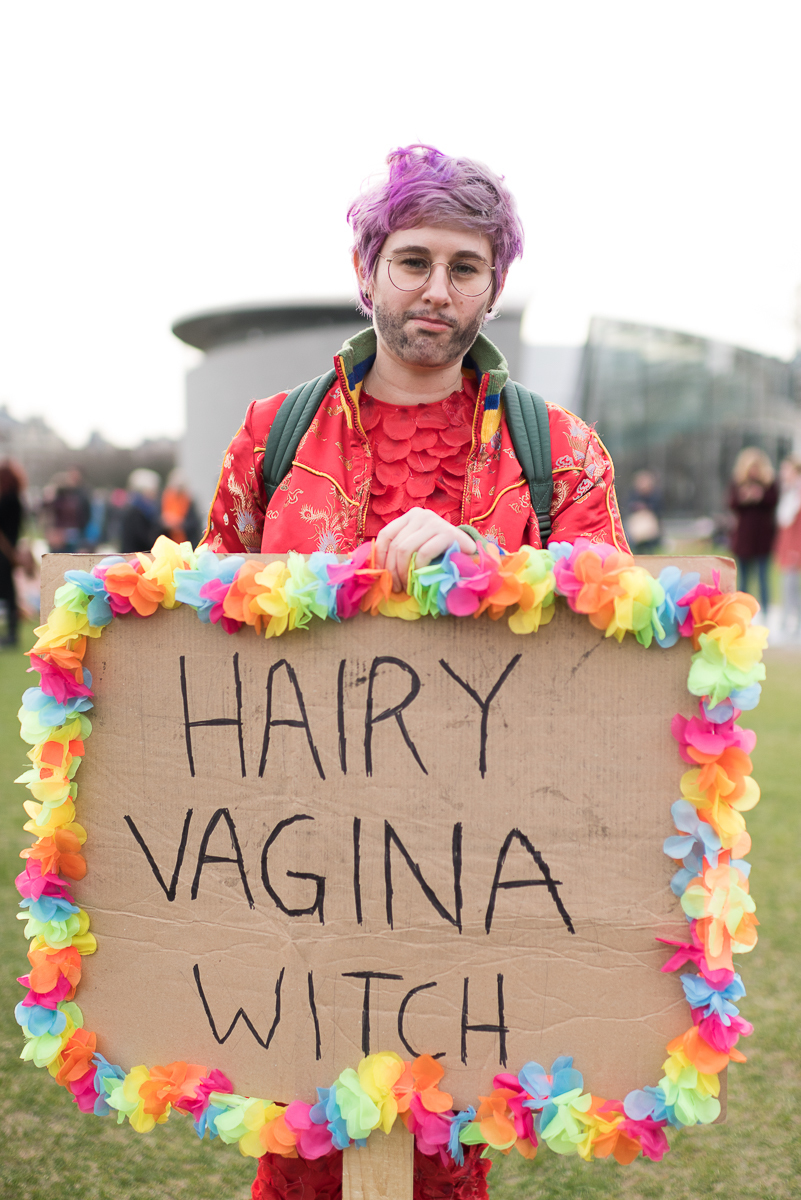 Davina - "Well I am here because any chance to dress up is an opportunity lost."

Words and photography by correspondent Richard.