Have you ever looked up when walking passed department store Bijenkorf? Ever noticed this tower on top? I am convinced that many of you never have. Up until early this year it didn’t have a clear function. They decided to do something with it and call it Room on the Roof; a working space for artists.

Bijenkorf is one of the oldest department stores in Netherlands. The history dates back to 1870, when it opened its doors as a small yardage store on Nieuwedijk in Amsterdam. When in 1912 the store is being renovated, it is temporarily being moved to the Dam. On this temp location the sales quadrupled, ever since Bijenkorf has been located at Dam Square. 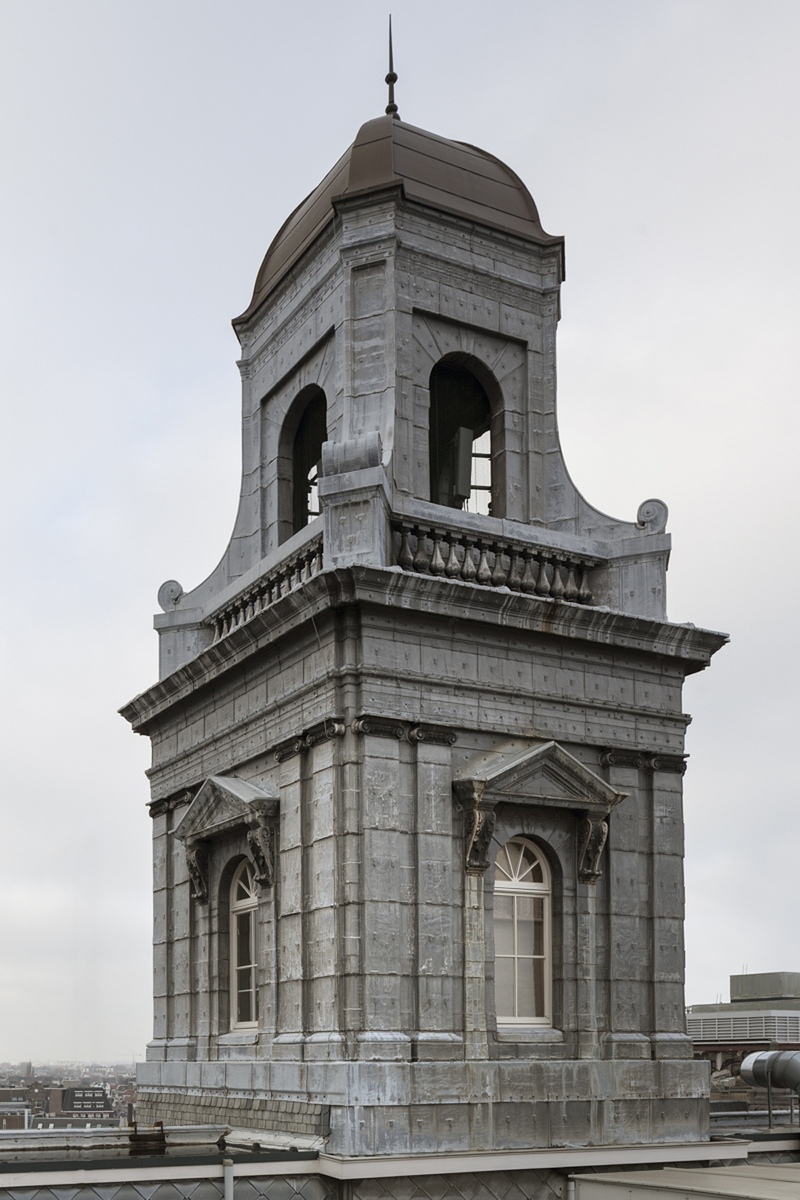 Finding a purpose for the little tower

Because it is going so well, a new store is being built. When reopening in 1915 Bijenkorf officially becomes a department store. The now monumental building was designed by architects J.A. van Straaten and B.A. Lubbers. What did they have in mind when adding this tower to their design? No one seems to know, even though it has been there on top of the store for 100 years. It was never used for anything, with the exception of just being there as part of the design.

Creativity and adding something different have always been part of Bijenkorf. Exhibitions from young artists, inside store fashion shows, workshops, annual launch of the Art Bags for Stop Aids Now and the Turn on the Lights festive event are just a few to name. It also gives a stage for dance, theater and book signing sessions. When ‘head of creative’ Caroline Krouwels visited the tower during renovations, she thought it would be a great idea to turn it into an artist working space. They call it Room on the Roof 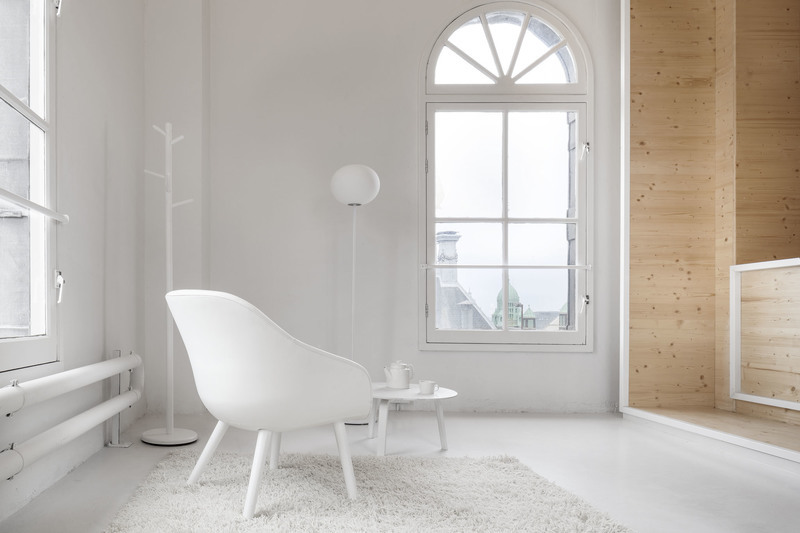 A tower of continuous creation

Room on the Roof is located in the tower of the department store. Together with Rijksmuseum, de Bijenkorf invites national and international artists to work on their project in the studio. This project can be a performance, poetry, product design, dance, film, music and art. The final result will be shared with the public inside or outside Bijenkorf. On 27th January 2015 the project opened with designer Maarten Baas as the first artist in residence. He shared his result in one of the shop windows, for every passerby to see. Room on the Roof is not a temporary project, but continuous.

On average, each month a new project is happening. Depending on the kind of project, artists will take their residency for only 5 minutes up until a whole month. It must be amazing to work in the tower, with a beautiful view that not many people will ever see. I am sure the view will inspire many artists in residence. Bijenkorf hasn’t forgotten about adding a binocular to the room for a better view. 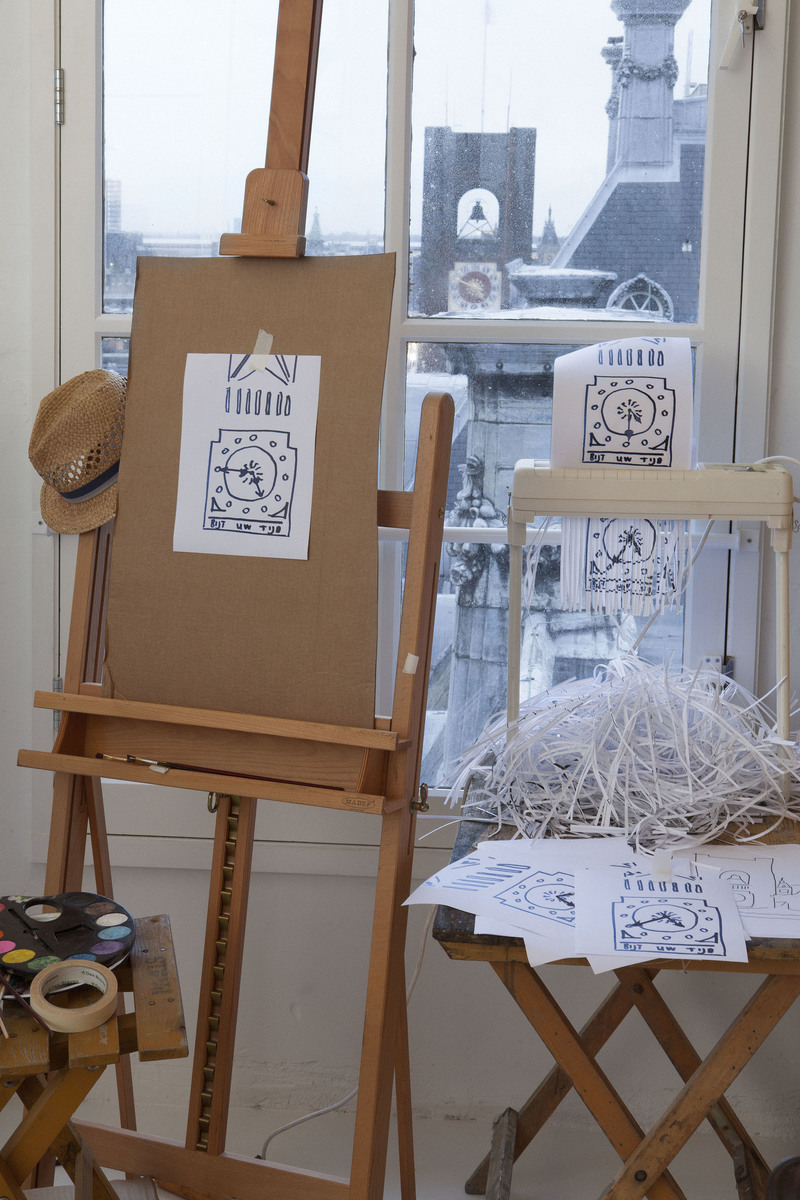 Up and coming projects are by graphic designer Irma Boom, artists Lernert & Sander, visual artist Jan Rothuizen and artist Sarah van Sonsbeeck. An advisory board meets regularly to set the agenda, and to decide which artists can work on their project in the Room on the Roof. Caroline Krouwels and Michel Bos from Bijenkorf are both part of the advisory board, and also external advisors Julius Vermeulen, Jane Withers and Rijkmuseum director of finance & operations Erik van Ginkel. 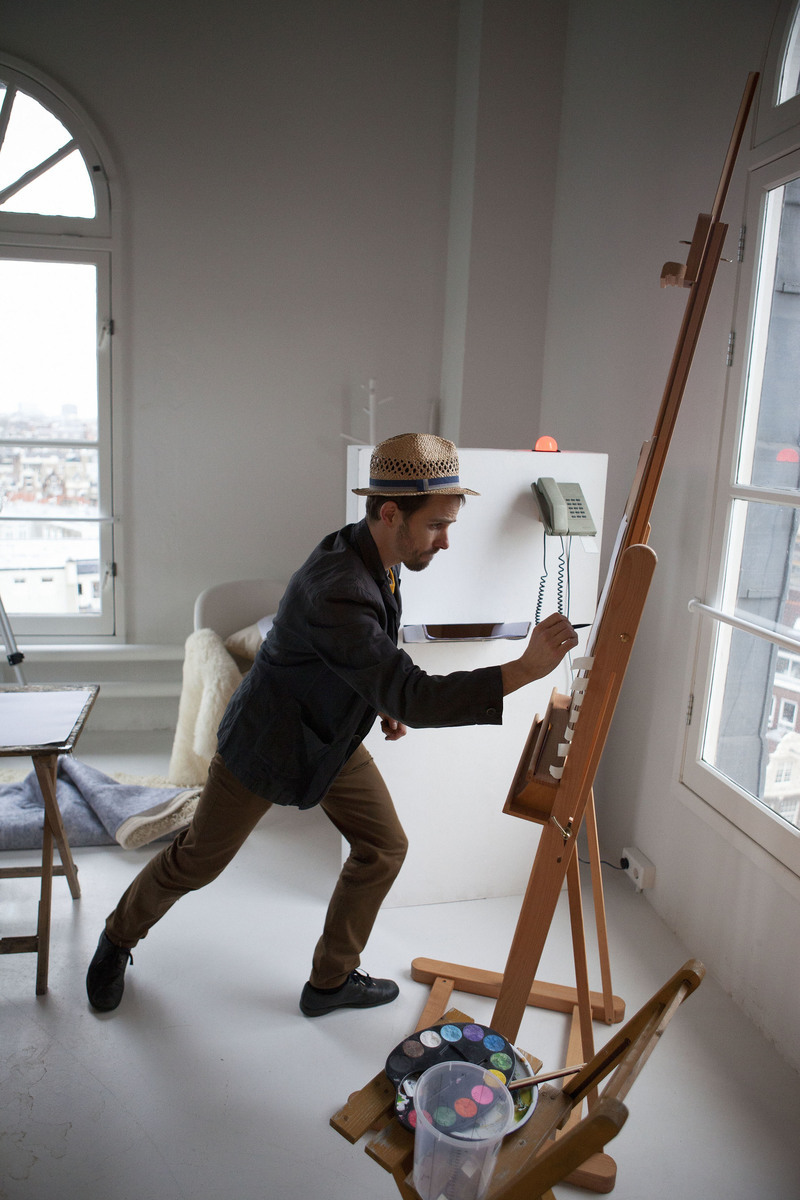 If you would like to visit the Room on the Roof tower, I sadly have to disappoint you. For now the tower is only open for artists. Who knows in the near future Bijenkorf decides to have special viewing on days such as Monumentendag (Open Monument Day), Open Torendag (Open Tower Day) or Museumnacht (Museum Night). All imagery to the courtesy of Room on the Roof. 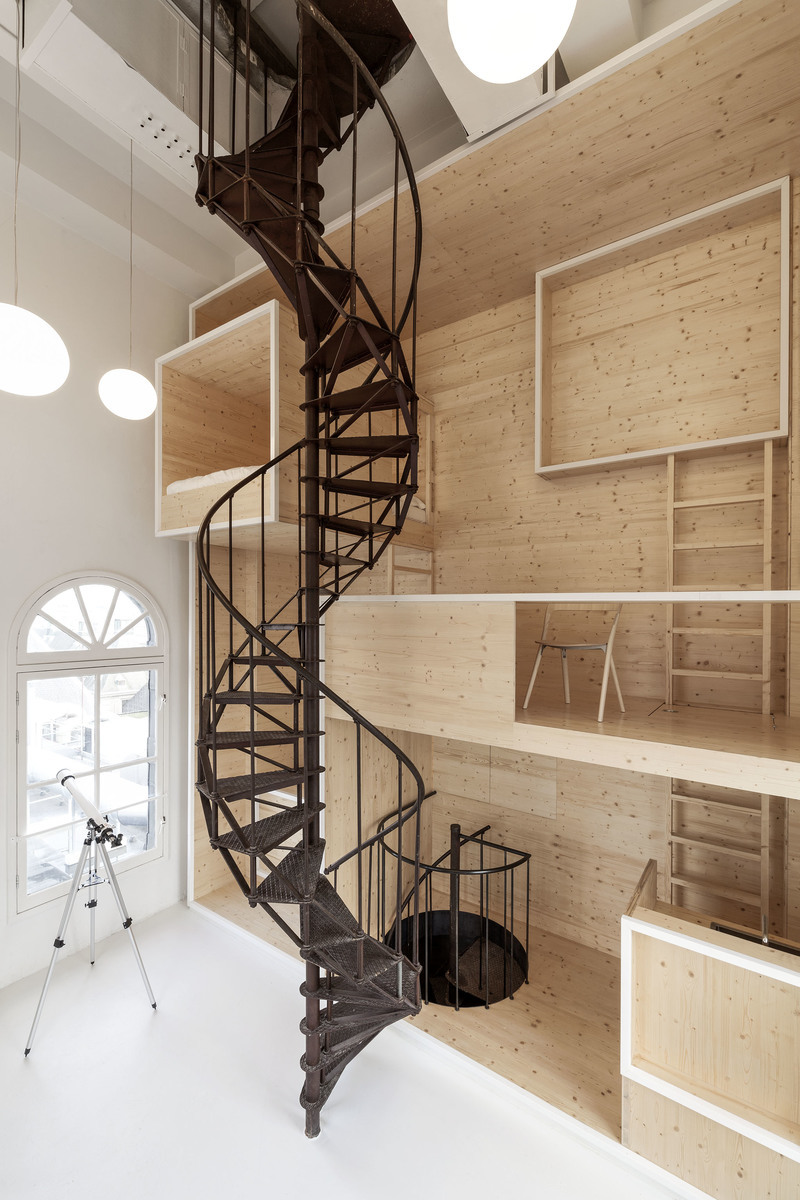