What makes a true Oslonian, and what defines a neighbourhood? For our second round of this series, I had a talk with Oslo native Hilde Ottem, a professional stylist living in the St. Hanshaugen neighbourhood.

St. Hanshaugen is an ever-flourishing neighbourhood located in an area caught between the east and west side of town. In many ways it is the culmination of the two cultures. This is where Hilde has chosen to reside for the last 25 years: in a beautiful apartment right by one of the city`s biggest green lungs. 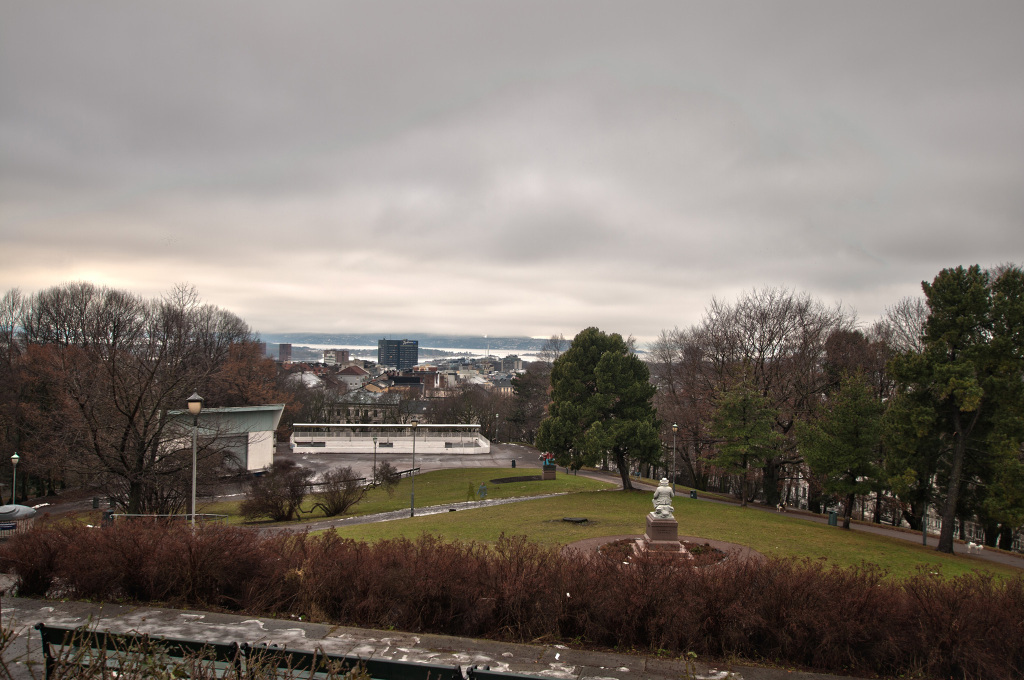 The place is where she created a home, raised her son, and built her career. And this is where she will stay, stating, “I think my son will inherit this apartment.” Hilde Ottem was born in Furuset, a small satellite town on the east side of the city. In the early 1960s the cluster of small apartment buildings were populated so that everyone knew each other by their first name. In wintertime Hilde and the neighbouring children used to ski their way to school. In many ways she was a long way from the hustle and bustle of the capital. But that was all to change. When she was just a young teen, Torshov opened admissions for a special music class. Her mother recognised her talents and creative sides and got her admitted. 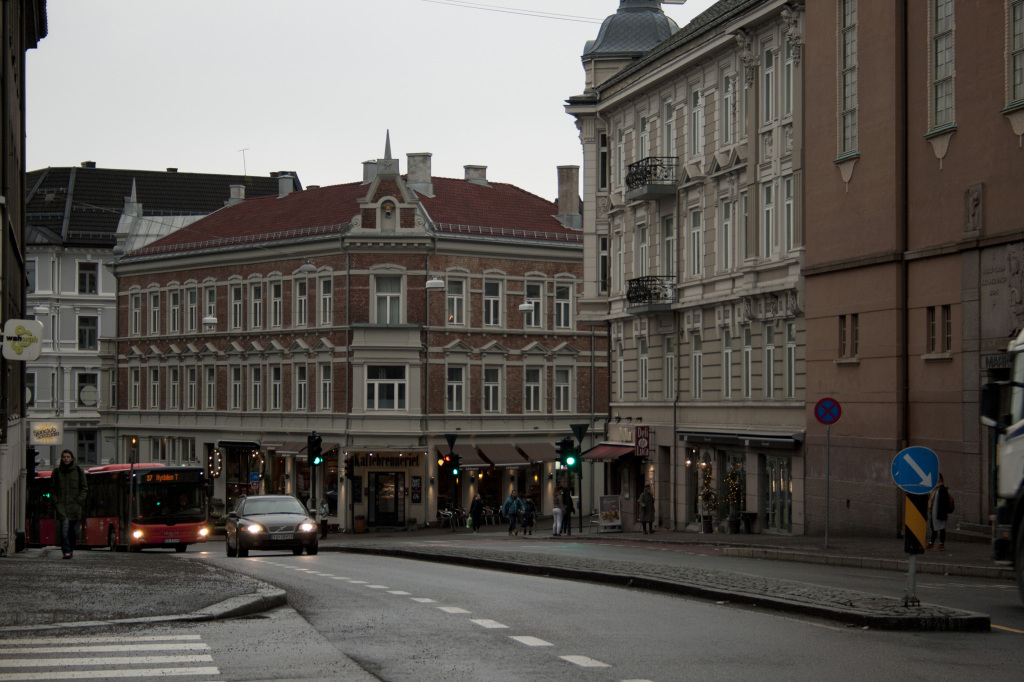 Her class was filled with students from every corner of the city, and she soon became close friends with a girl from the upper west side. A whole new world opened up, and with it a new perspective on life. She was invited into a very different kind of household, one that was very free-spirited, lacking the restrictions and strict rules of her own. Together, Hilde and her friend spent every other week at each other’s houses, and in this way experienced the best of both ends of town. 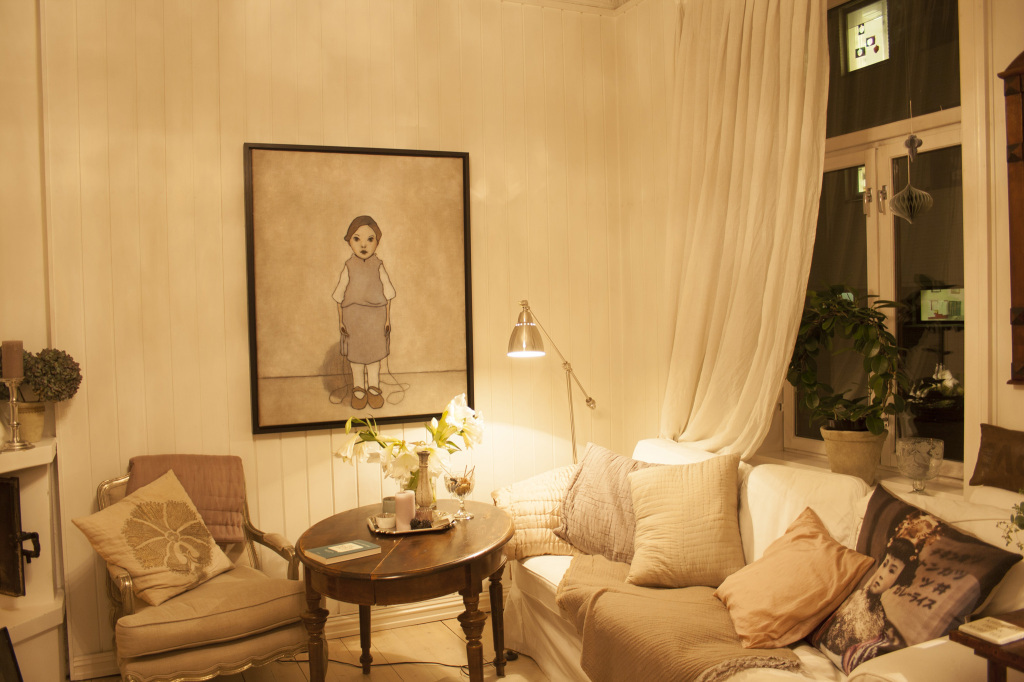 You were born and raised in Oslo. Were your parents from Oslo? “No, my father moved here after his home city of Hammerfest was burned to the ground during WWII. My mother was raised in the rural area of Odalen. They met at 18 and lived in a small apartment in one of the oldest areas of Oslo, Telthusbakken.” Telthusbakken is only a two minute walk from were Hilde lives now. 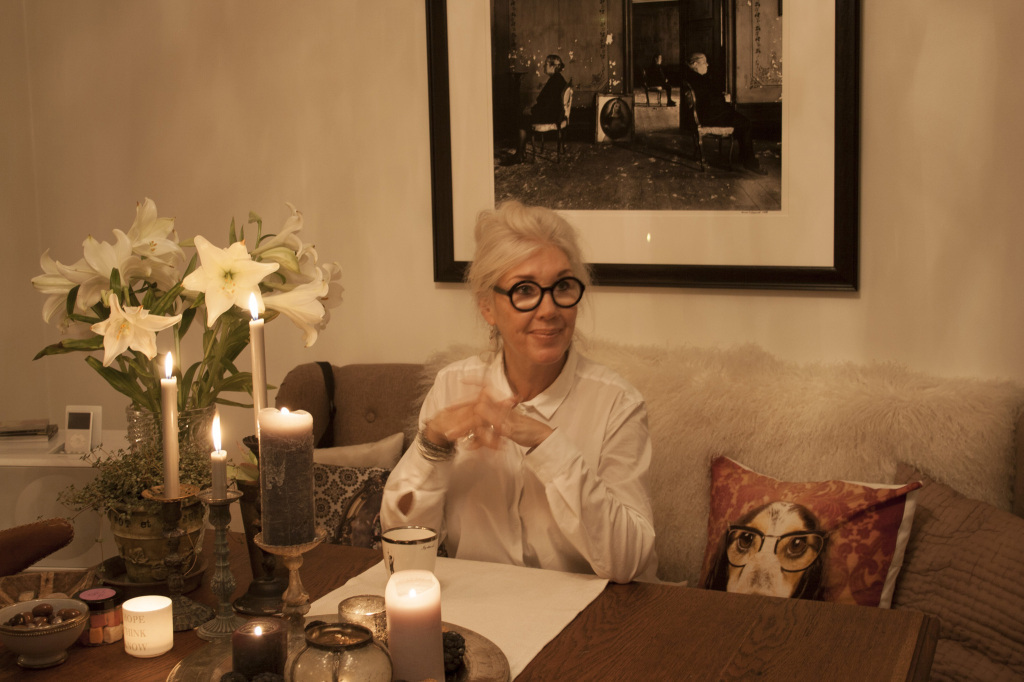 Can you tell us a little about your work? I am a professional stylist, and work closely with a couple of high profile singers and actors, such as Sissel Kyrkjebø and Herborg Kråkevik. I was actually educated as a caretaker, but was recognised as a creative person by some people in the industry and sort of just fell into it. Life is funny sometimes! I think my background in musical education, as well as my total disinterest in social status, helps me communicate with my clients. I treat everyone the same, even if it is the Queen. 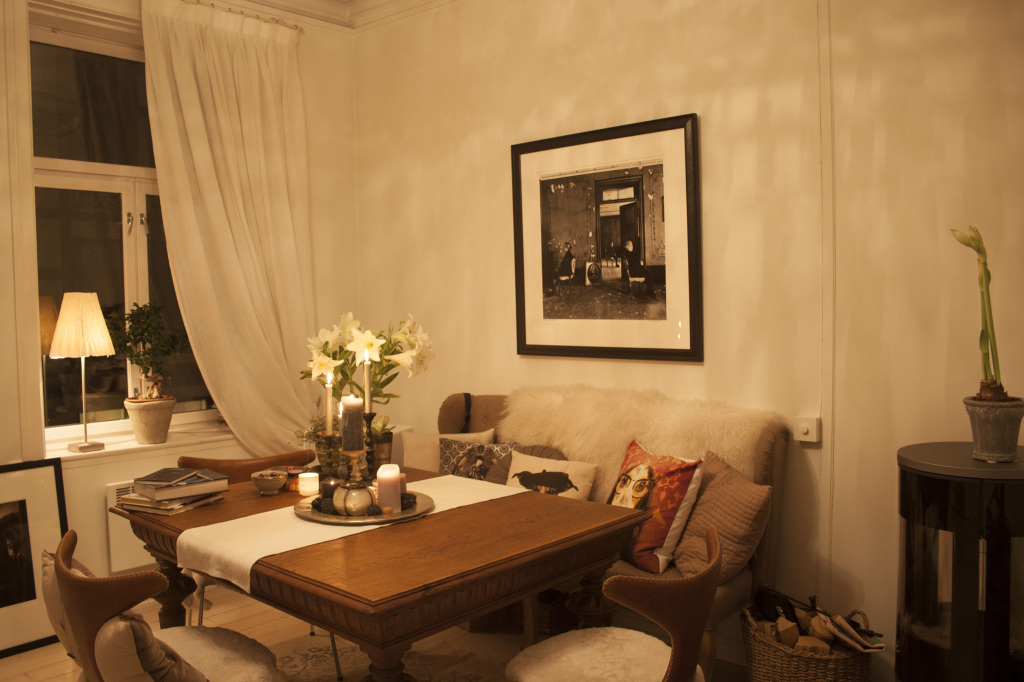 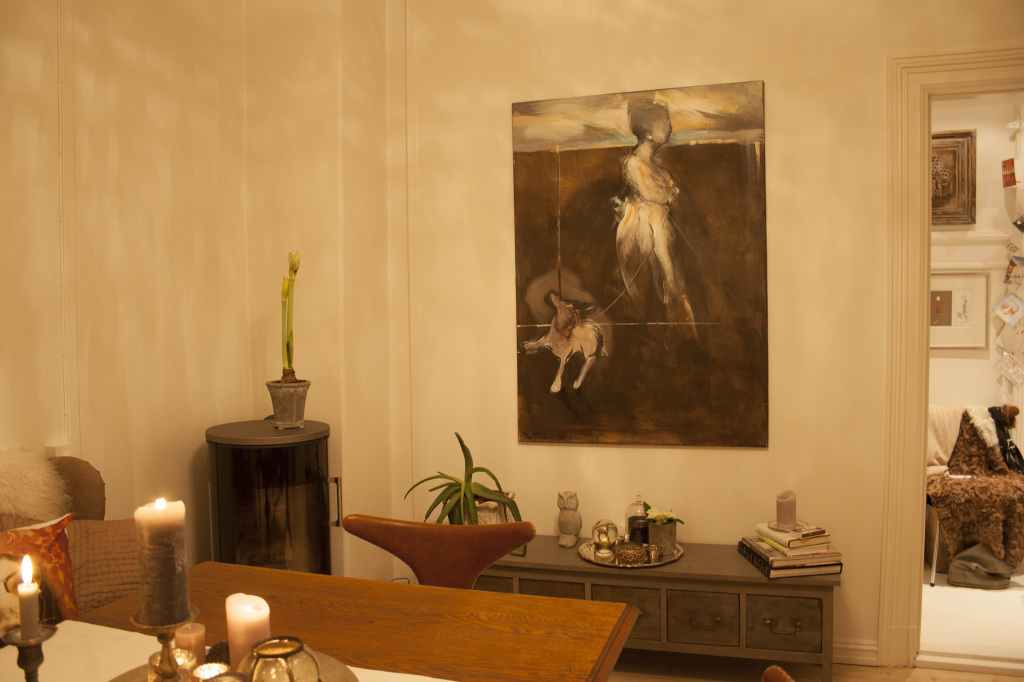 How has Oslo changed since you were a kid? The distinction between east and west has faded remarkably. When I had my first job as an intern working for a family in Montebello (one of the richest areas in Oslo), they didn’t even know where Furuset was, and had never taken the subway. It was almost unheard of. Don’t be fooled, though, there are still people that stick to their side of the river. So why St. Hanshaugen? “St. Hanshaugen wasn’t as posh as Frogner, and not as chaotic as Grünerløkka. It was something in the middle. An oasis. I fell in love immediately!” 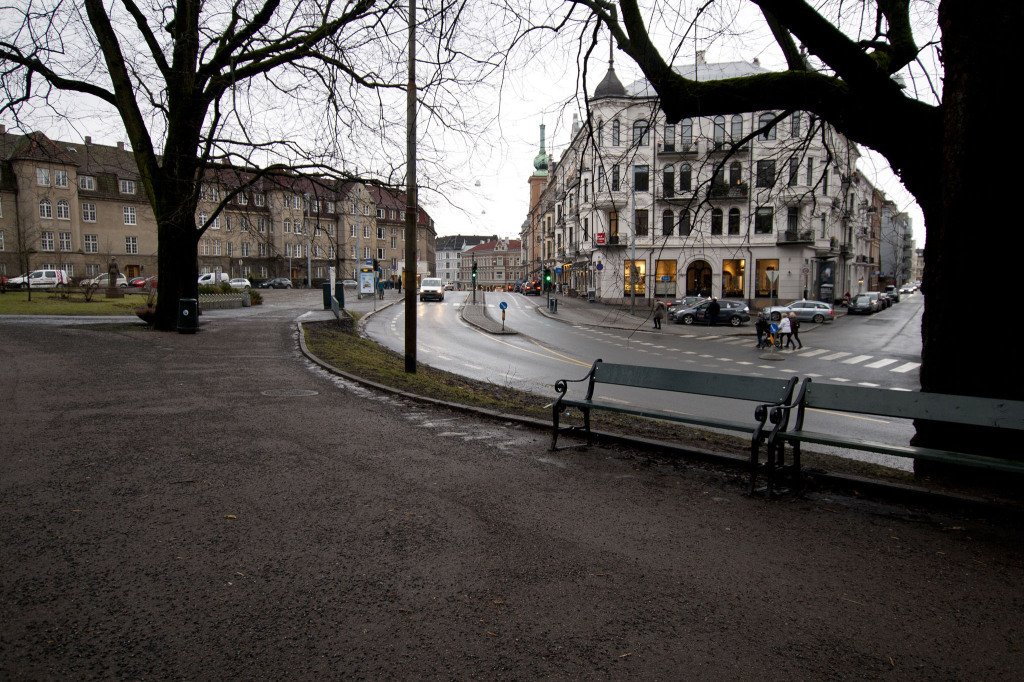 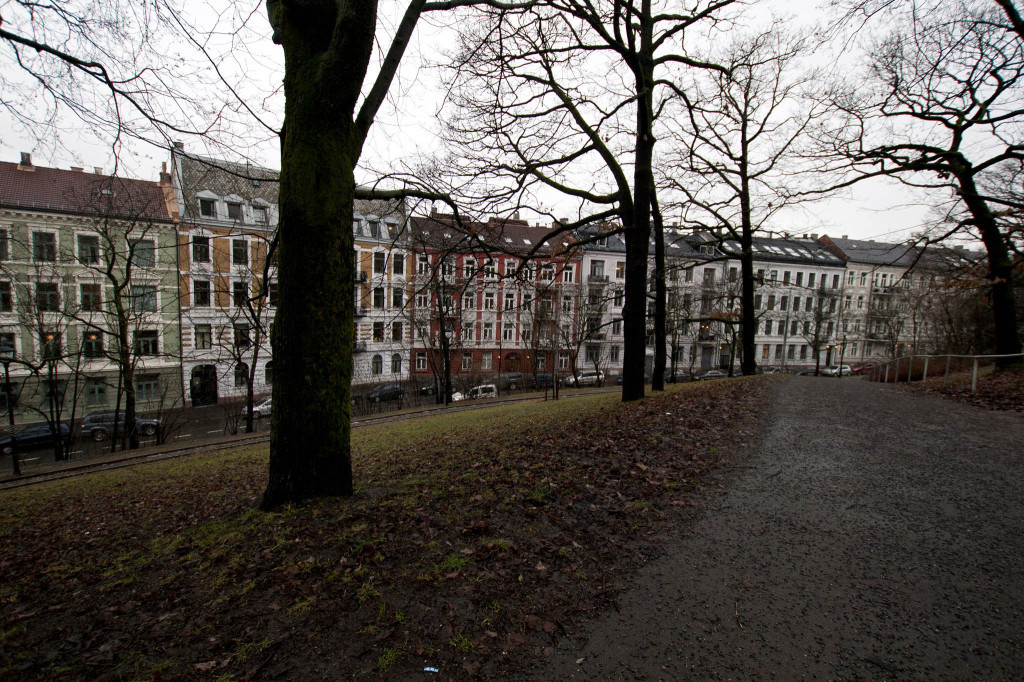 Over the years this part of the city has really flourished in culture and coffee shops. When Hilde moved here in 1989 the area was mainly populated by elderly people. When she had her son, she, and another couple she knew, where the only families with children to be seen. Over the years this has gradually changed and the neighbourhood is now bustling with young and trendy parents. “I have never understood people who don’t want their children growing up in the city. I think it teaches them independence at such an early age. They gain confidence and the ability to work things out on their own. I, for example have never had a drivers licence, so my son has never had the luxury of being driven everywhere. I do, however, think it is of the upmost importance that you grow up near greenery. So the St. Hanshaugen park has played a major role in my son’s upbringing. It is like having an enormous backyard!” 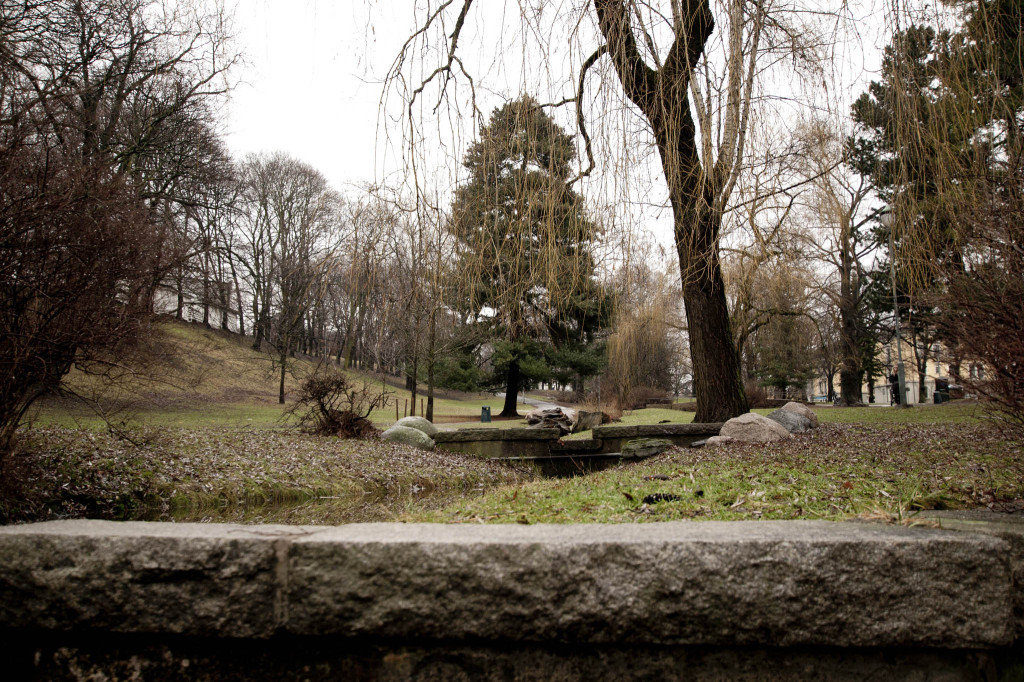 What is your relationship to Oslo? “I love my city. I use it depending on my mood. I try to take advantage of all its areas, but I especially feel attracted to my own neighbourhood. I look for places with calm and a generous soul. I feel strongly that you should take full advantage of your city, and really get to know all parts of it.” 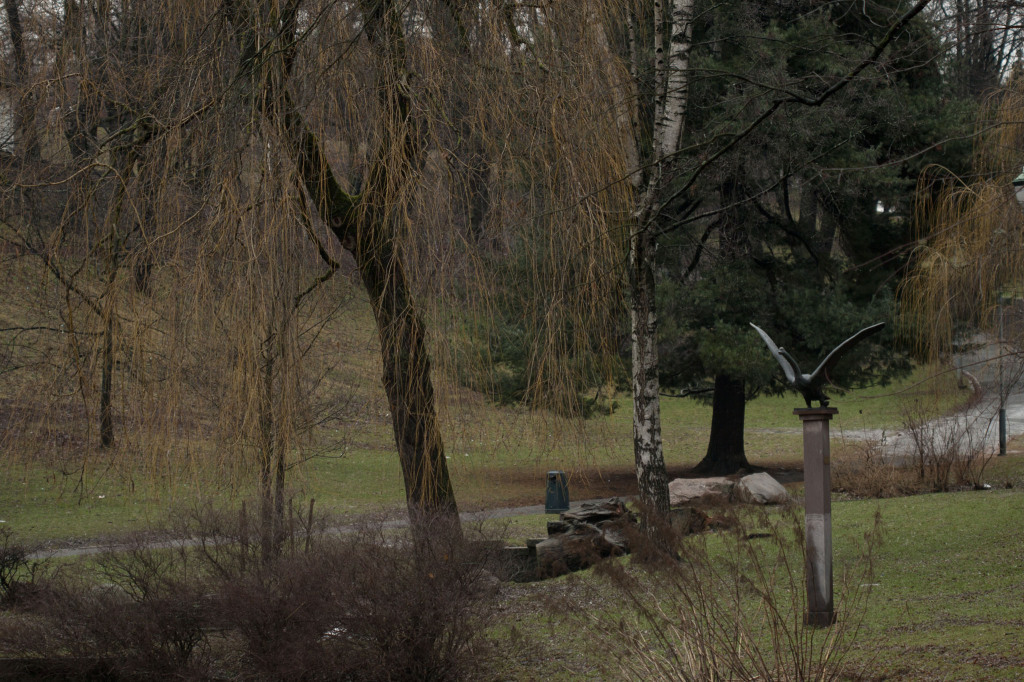 Three personal favourites in this area? I definitely have to say Kolonialen. It is such a warm and inviting place. And the people who run it are simply amazing. I appreciate any venue that recognises your face, knows what you want and really cares about your well-being. Also, Pascal is a great place to eat. I like to come here alone, and just enjoy a quiet lunch or dinner. I don’t really care for the minimalistic interior, though. I call myself a Midi-maximalist, I could never go for complete Scandinavian minimalism. Lastly I would like to mention Tranen. It is truly an institution in this neighbourhood. It has newly been restored to its former glory and regained all of its warmth and charm. 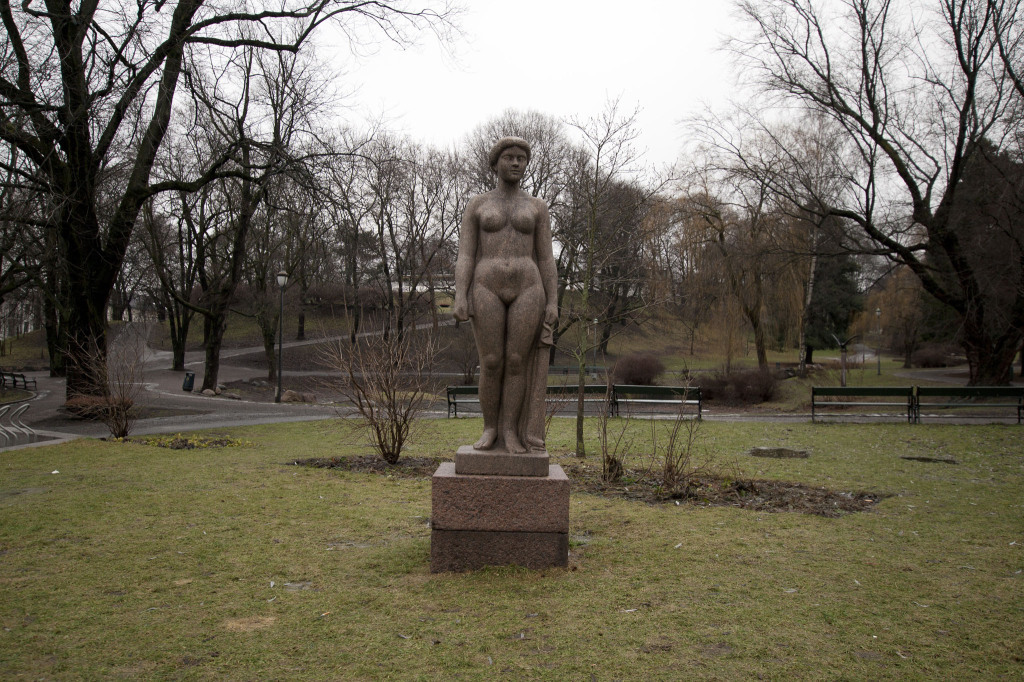 As I say my goodbyes, and walk upwards towards the park, I can certainly see why Hilde chooses to stay in this area. It is hard to imagine St. Hanshaugen without all of its coffee shops, flower shops and strollers, and this leaves me wondering how it will change over the next 25 years. The park will remain a constant grounder, though, serving as back yard for its ever-changing habitants. Thank you, Hilde, for graciously letting us visit your apartment! An Oslonian by heart. -Josefine-