Our Own Artful Route 66 - ArtZuid

Nicole's take on one of the artful neighbourhoods for the coming months: ArtZuid in the South of Amsterdam.

Research shows that when visitors are in Amsterdam they mostly hang out in the same areas. The city centre, Museumplein, Dam Square, Red Light District, etc. Dear visitor, for this Summer I am recommending you to give Amsterdam Oud-Zuid a visit for the international sculpture route ArtZuid.

ArtZuid is an international sculpture biennial that is being held for the 4th time this year. Every two years a selection of sculpture artists have their own ‘stage’ on the 2.5 km route along Zuidas, Minervalaan and Apollolaan. 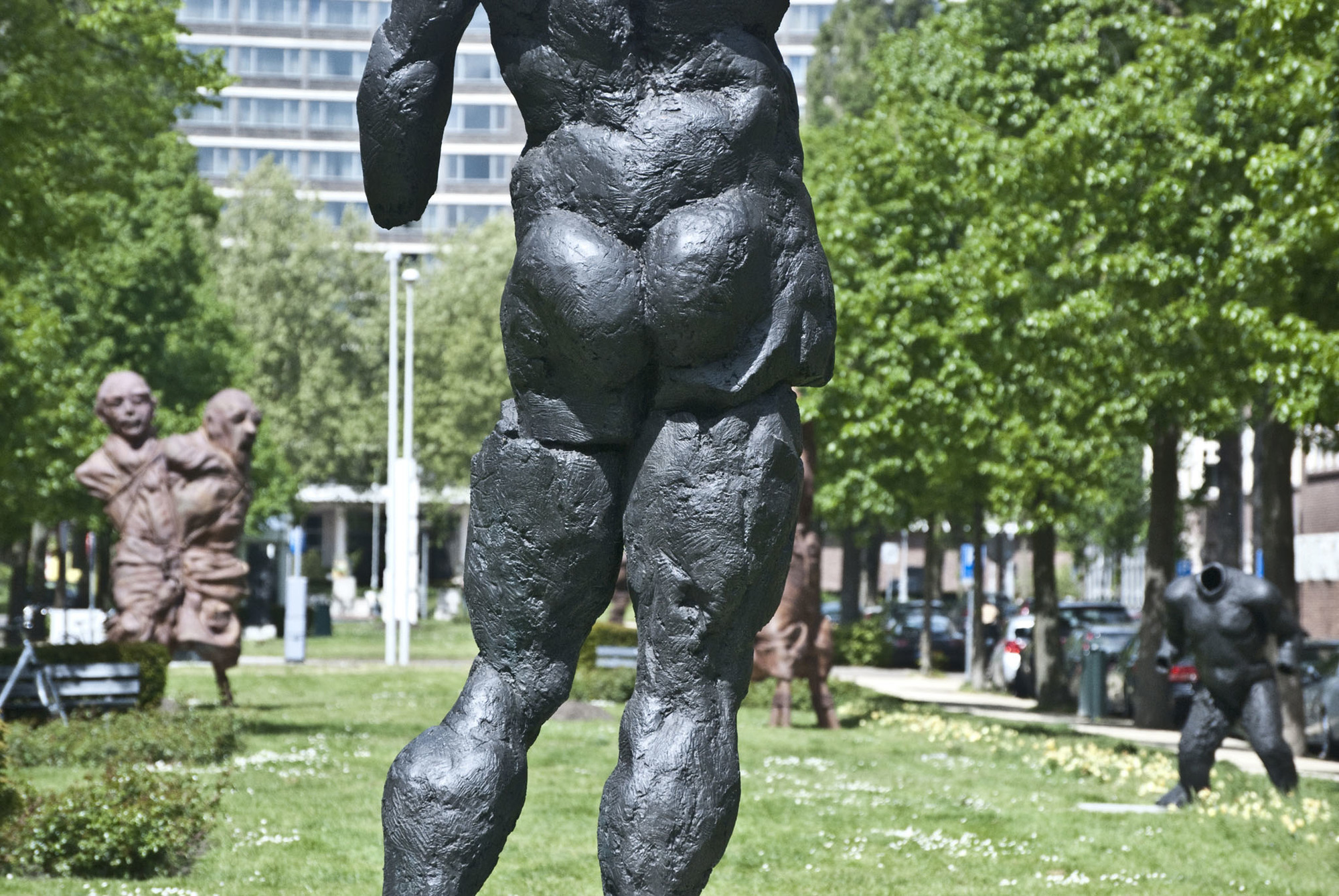 Amsterdam Oud-Zuid (Old South) is known for being a posh area of Amsterdam. It stretches from Museumplein to the A10 ring highway. I find it a nicely quiet area and easy to reach from the busy city centre. The ArtZuid route goes from the ring highway to the middle of Oud-Zuid to newer parts of Zuid.

It is up to you where to start your route, as the route has a kind of a T-shape. I started walking from Zuidas (bottom of the T) - a developing business district along the ring highway. The first sculptures are situated on the North and South side of Amsterdam Zuid station. From there you walk up North towards Minervalaan and Apollolaan. 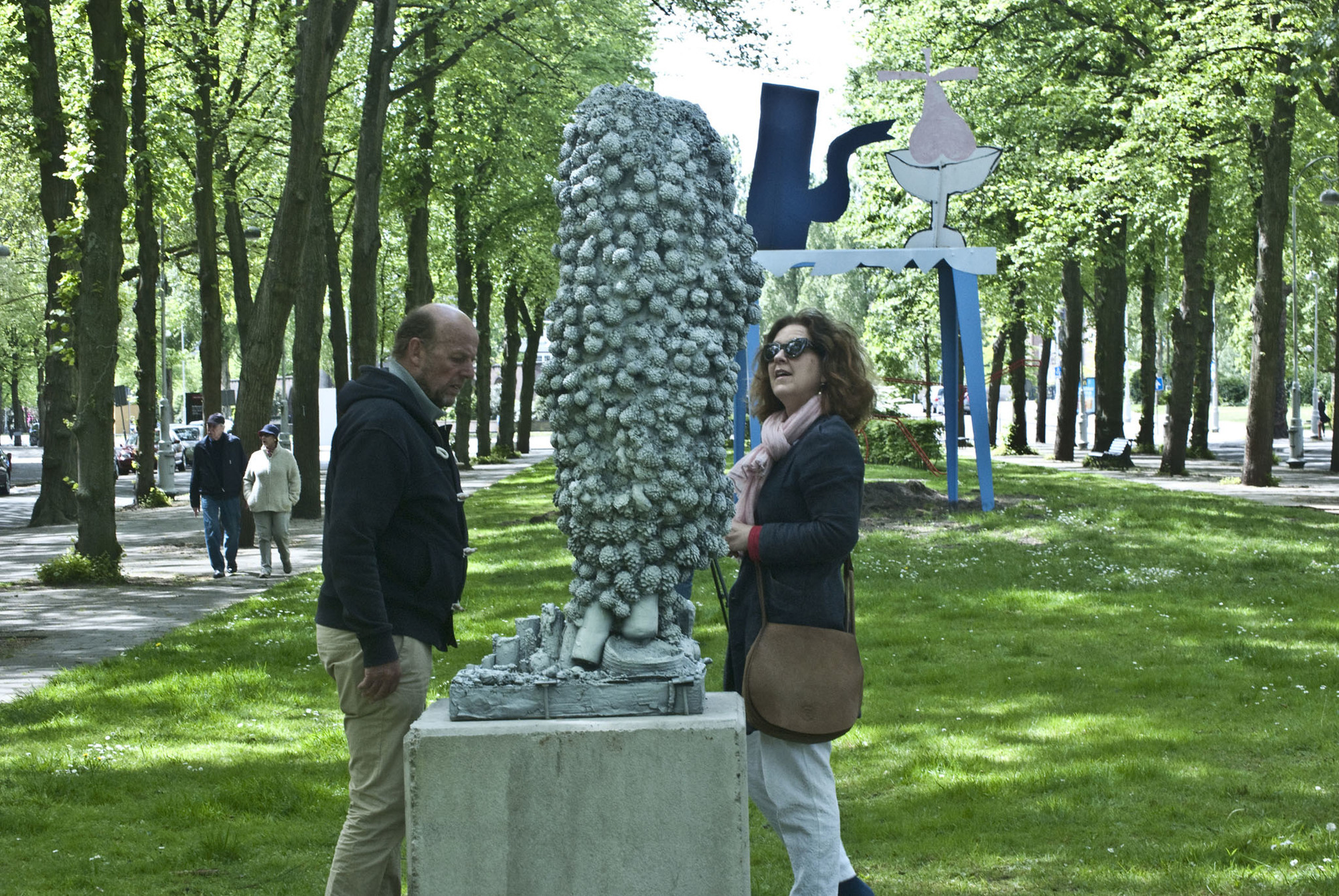 I am guessing that most finance people who work in the Zuidas have no idea what kind area is behind their desks. Minervalaan and Apollolaan are two beautiful roads with a very green and wooded walking path. The ArtZuid sculptures make it a bit more special and worth visiting. A lot of residents use these roads for running, walking the dog and slow strolling. What is normally a quiet area has been now turned into a buzzing area with (inter)national visitors for the coming months. 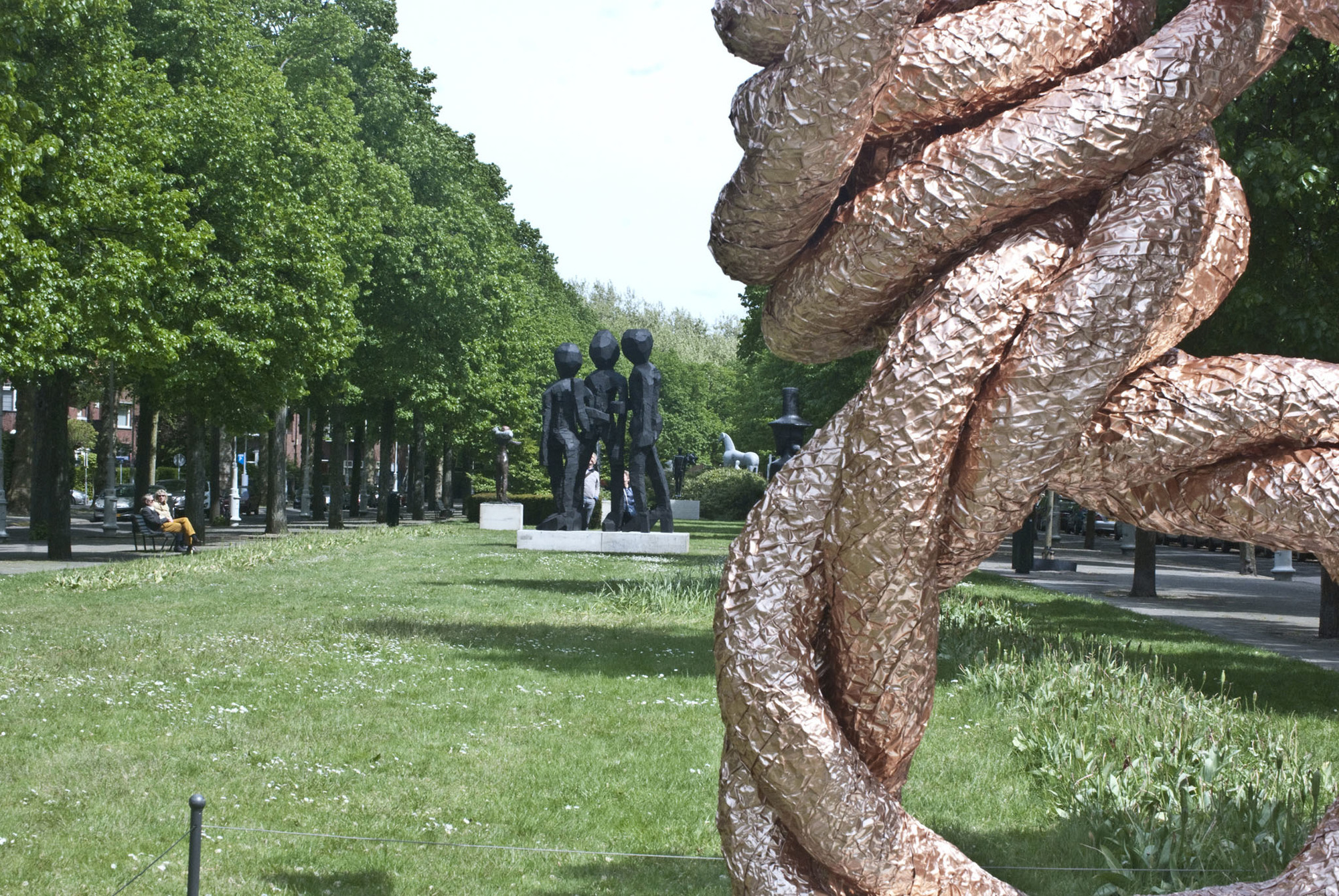 ArtZuid 2015 is curated by Rudi Fuchs, art historian and former Stedelijk Museum director, and co-curator Maarten Bertheux. In comparison to the previous edition, this year is focused on innovation. Two years ago the line-up had 45 artists, for this year’s edition they have invited a smaller group of artists, 21 to be precise. But: there are a whopping amount of 66 sculptures in total. 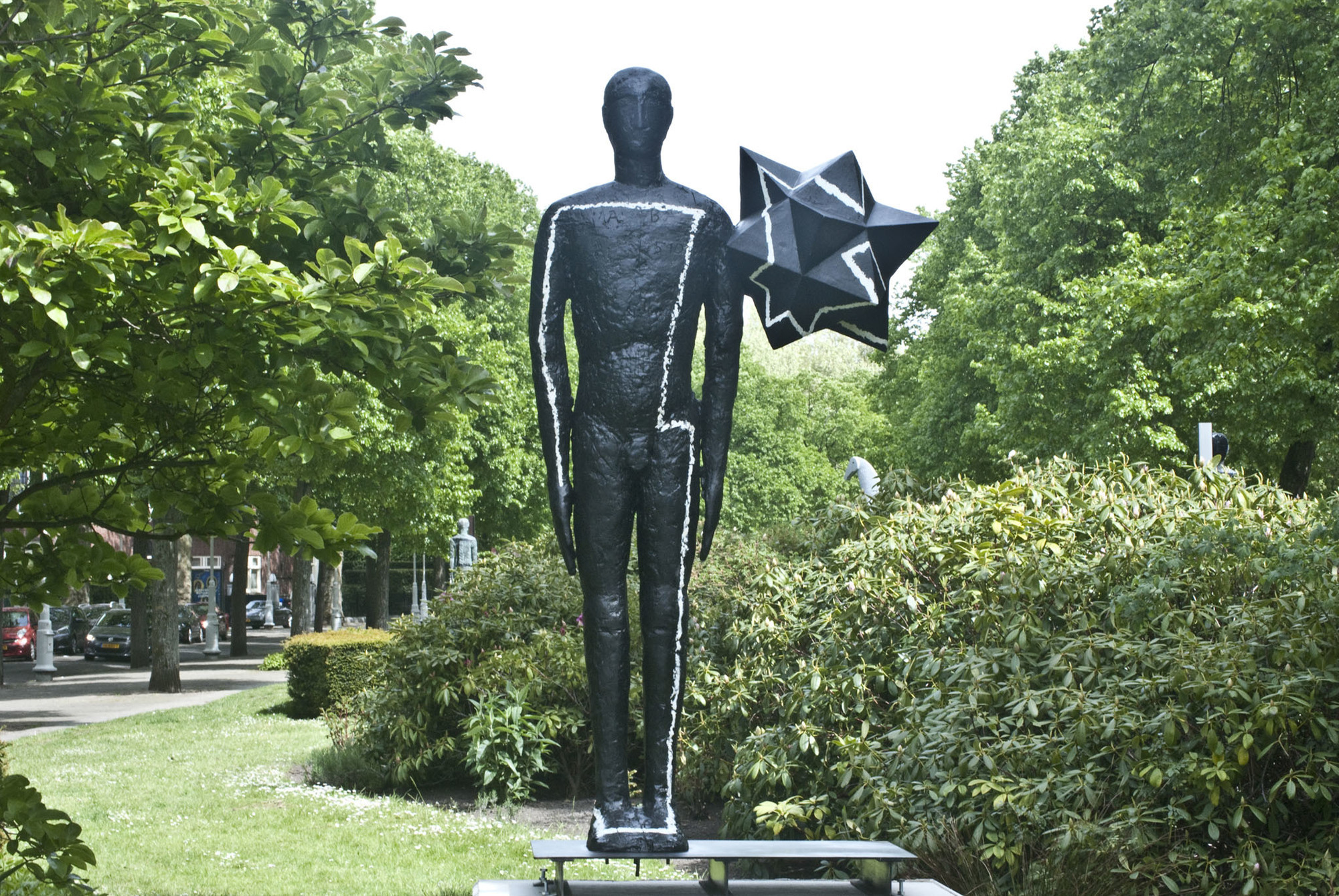 This year’s theme is all about sculptures that have a story to tell. Some sculptures have been placed close to each other, so that they create a dialogue between each other, and perhaps even visitors.

One sculpture can already be admired on Museumplein. It is an artwork by New-York based artist KAWS, who is most known for his designer toys. During ArtZuid three of his wooden sculptures, titled 'Along The Way', 'At This Time' and 'Better Knowing', are installed. Having KAWS in this year’s line-up will for sure attract a slightly more urban audience. 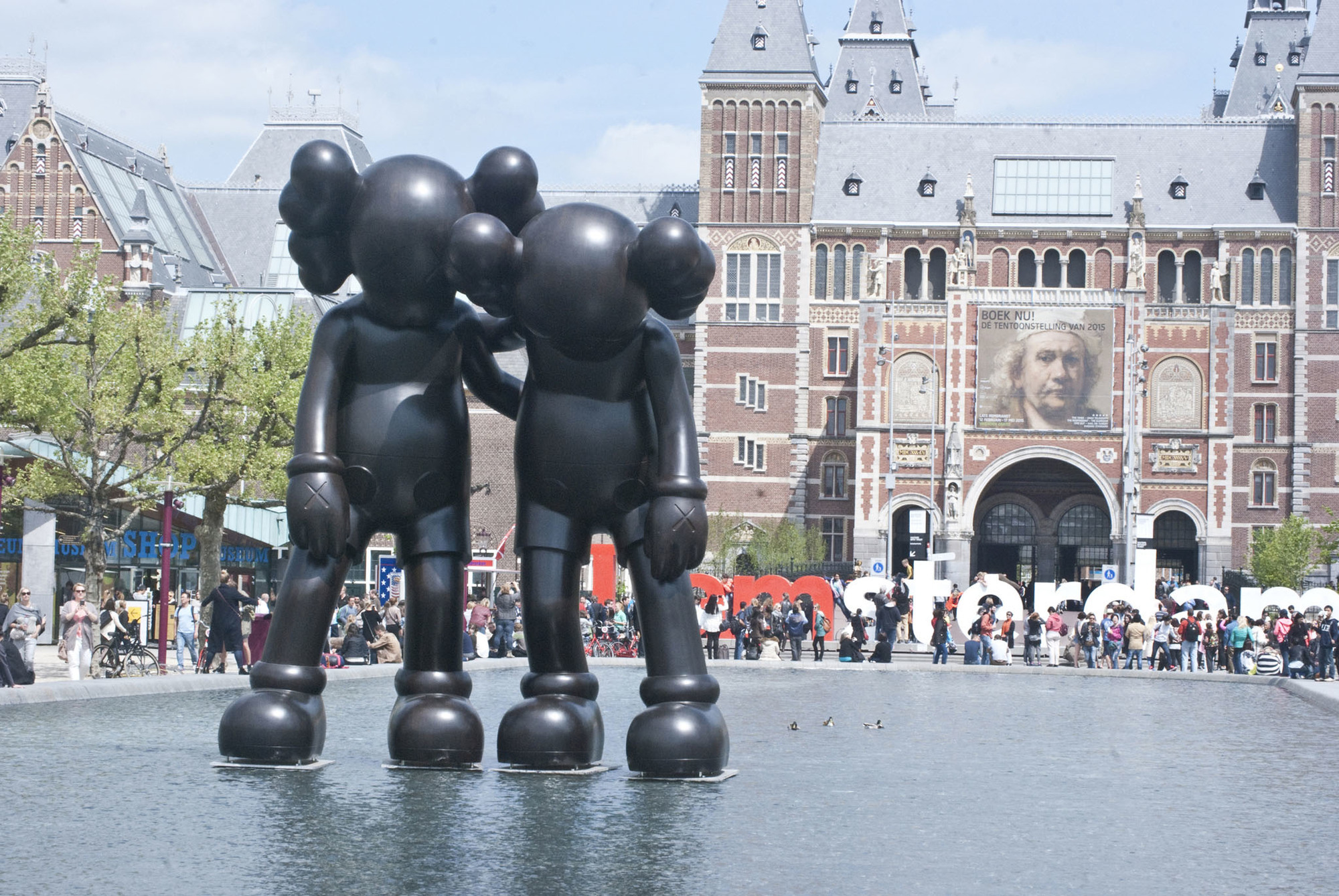 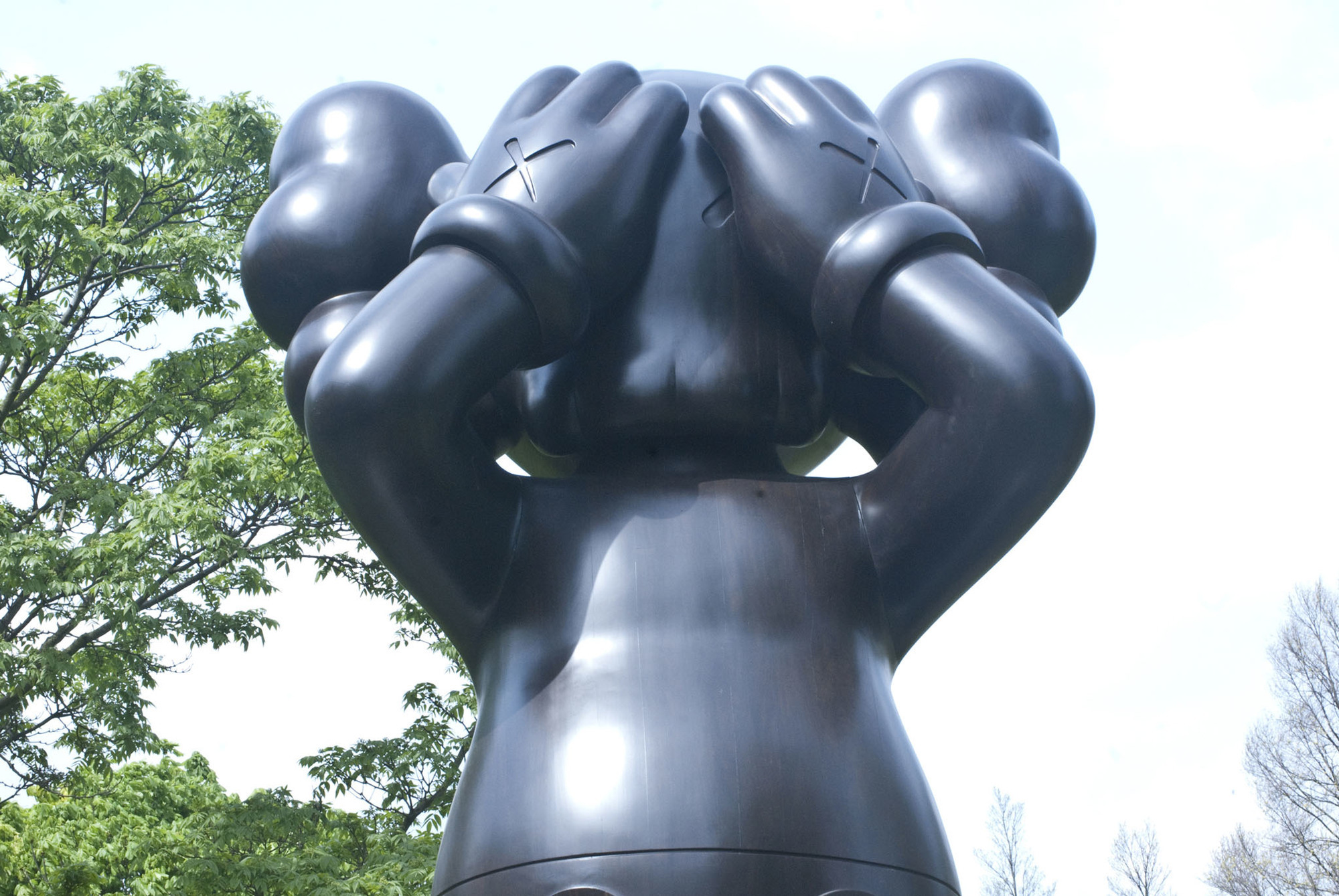 I am a huge fan of Jaume Plensa’s sculpture on Apollolaan. It is an image of an anonymous woman. It looks like a 3D sculpture or if something has been projected on it or… Well, I find it the most intriguing artwork there is during ArtZuid. It made me look even more than twice, walking around it, looking at it from a distance and close-by.

Plensa’s Tree Huggers are also so amazing that you want to hug a tree yourself. It is definitely a sculpture that will get photographed a lot. We’d love to see your selfies! 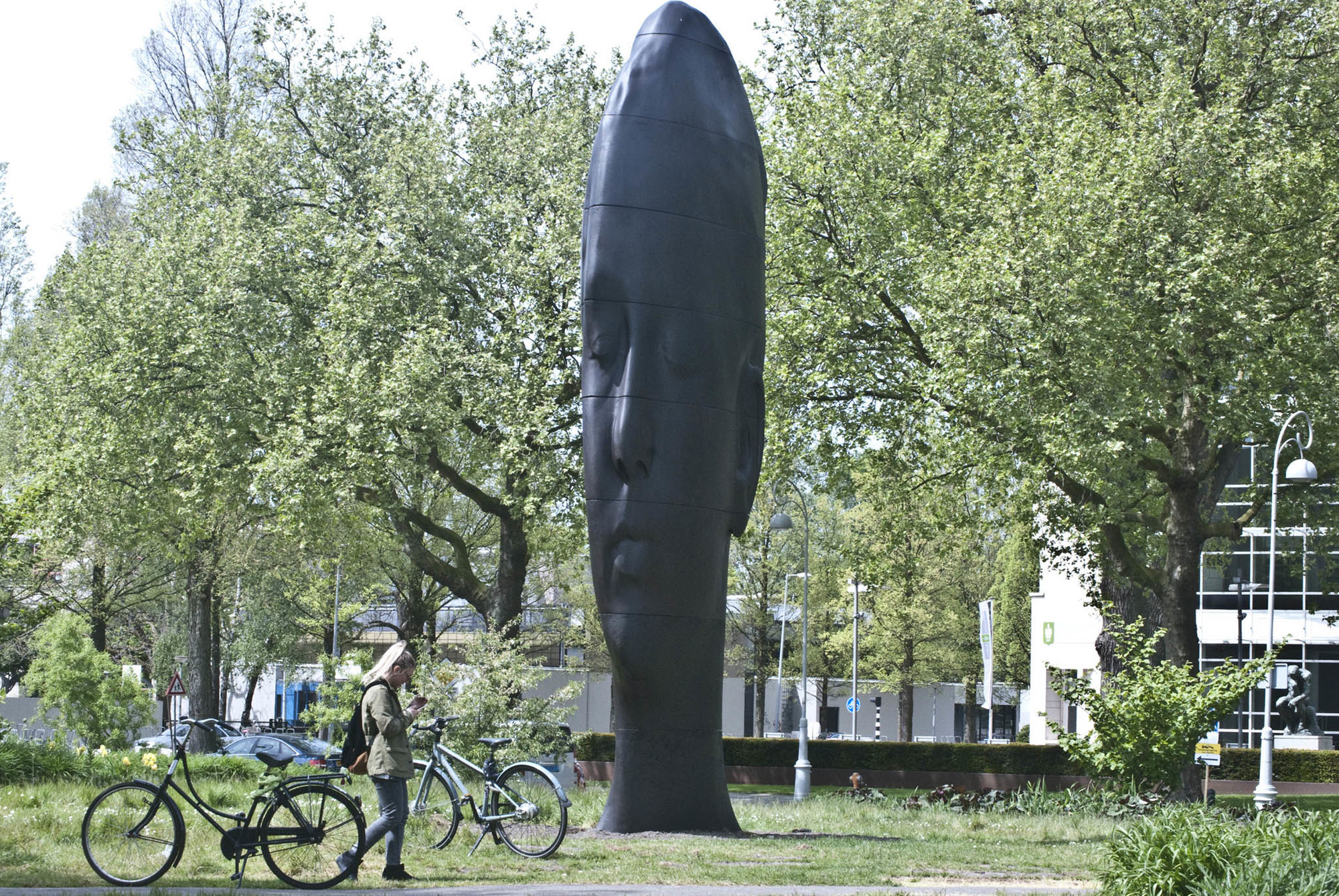 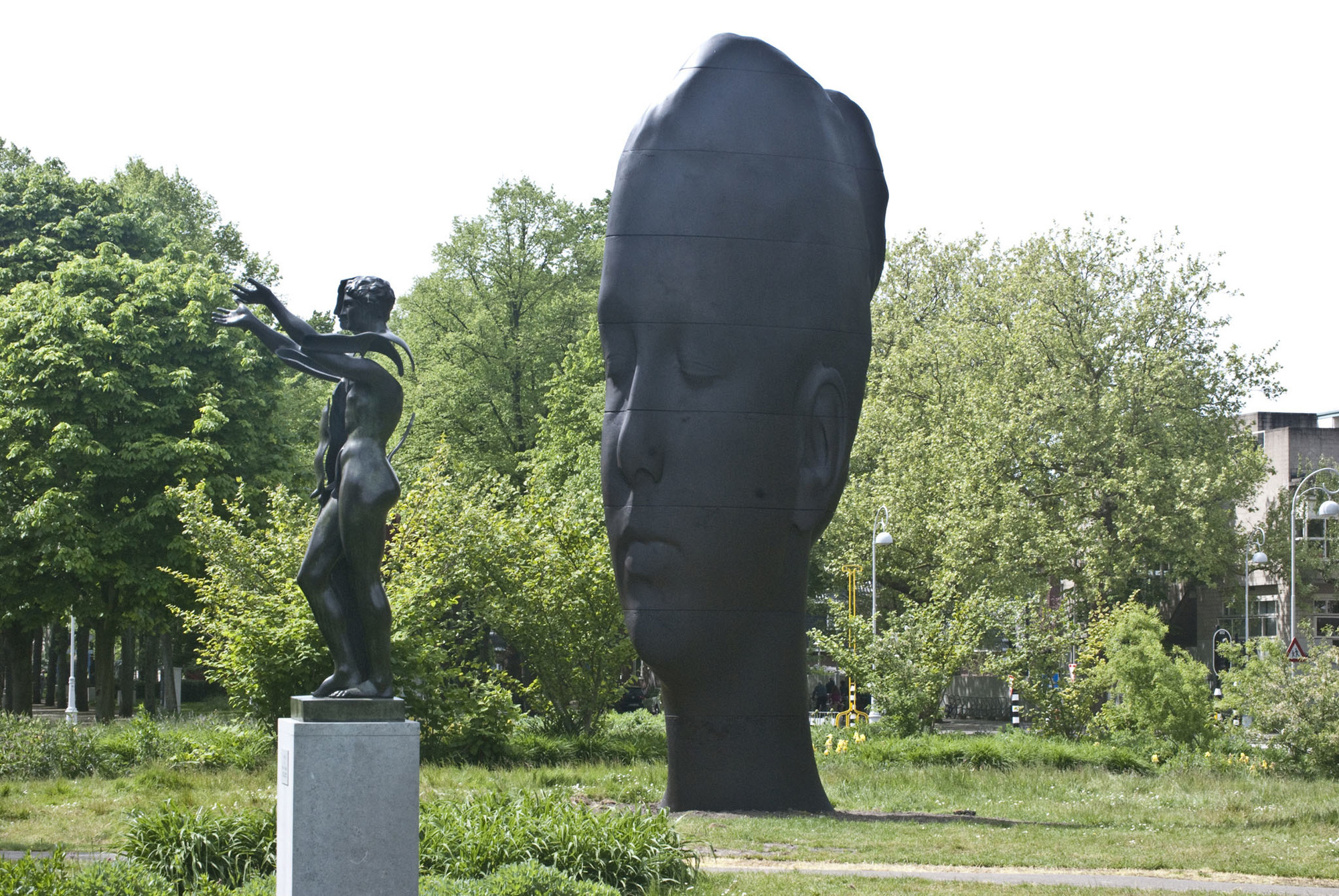 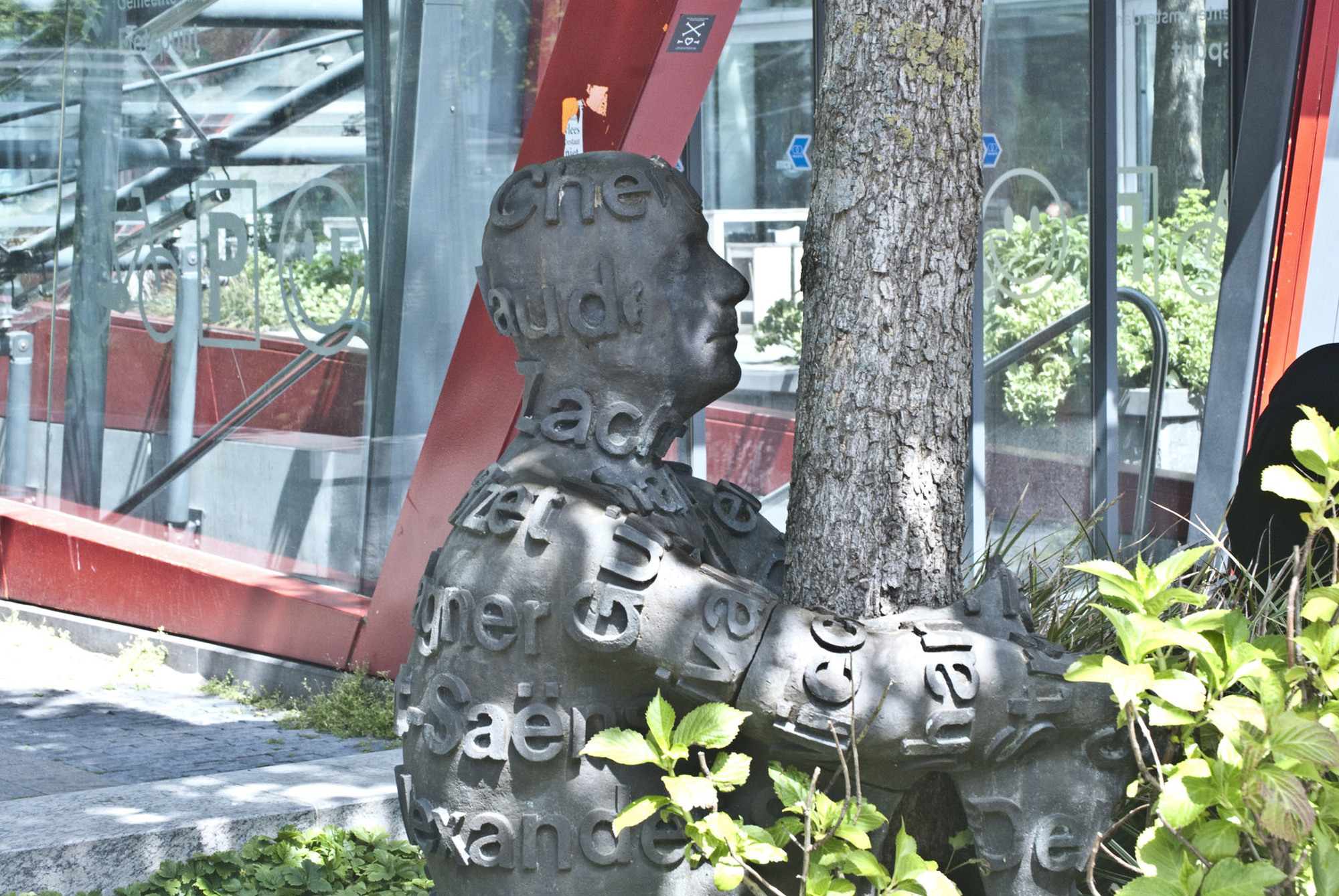 81-year old Klaas Gubbels is part of ArtZuid with his infamous tea-pots. I know the art by Gubbels because of my grandmother who used to have one of his tea-pot paintings at home. Every time I see a Gubbels tea-pot, it makes me think of my late grandmother. Wonderful to have him being part of ArtZuid. 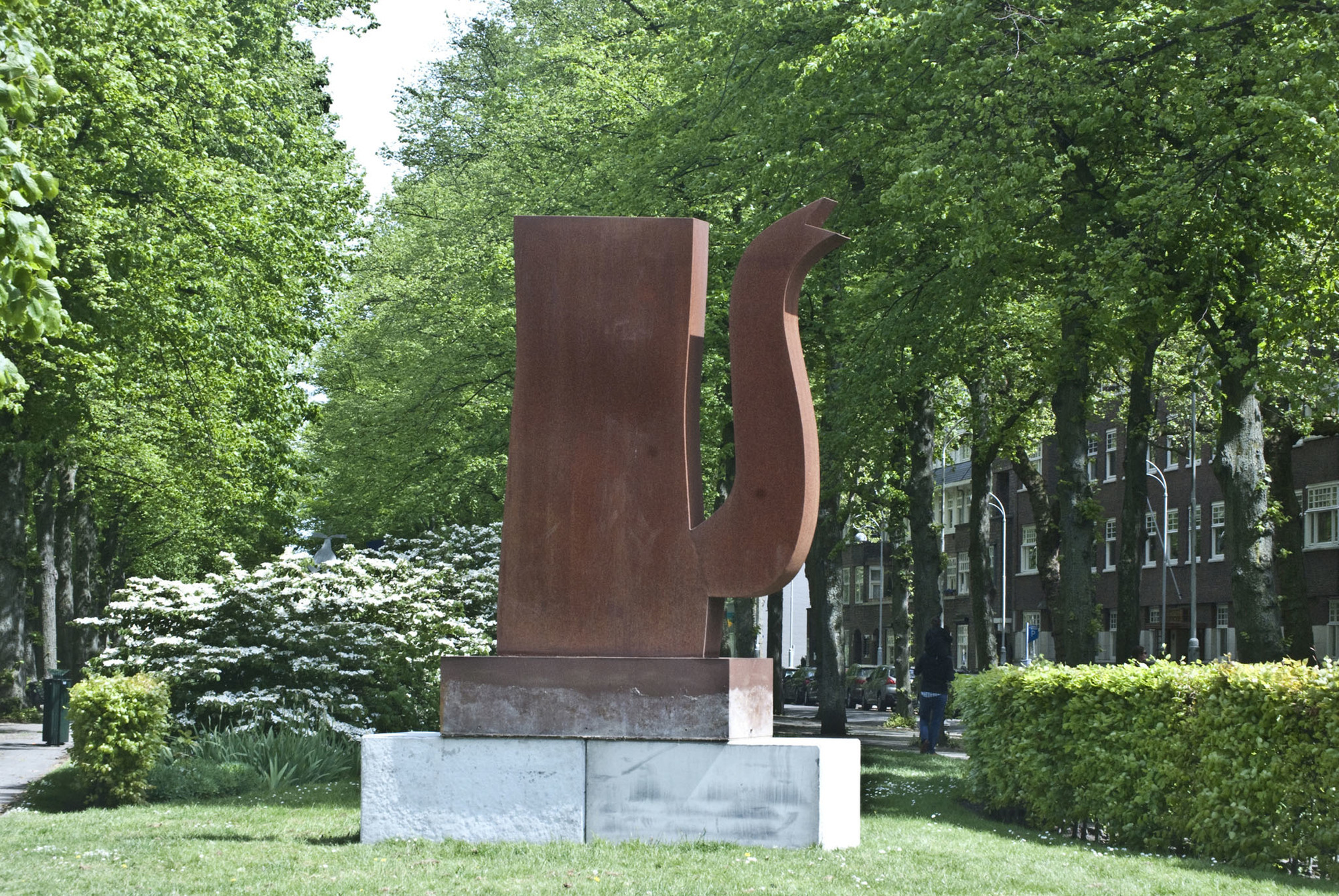 All of Mimmo Paladino’s sculptures have caught my attention. His series of artworks definitely have a story to tell. For example the standing guy with birds on his entire body. It is like these birds are his friends and/or are very attached to him. The horse on Apollolaan is quite a strange one. From a distance it looks like a normal horse, but when you walk closer to the horse you can see a hole with a face inside. 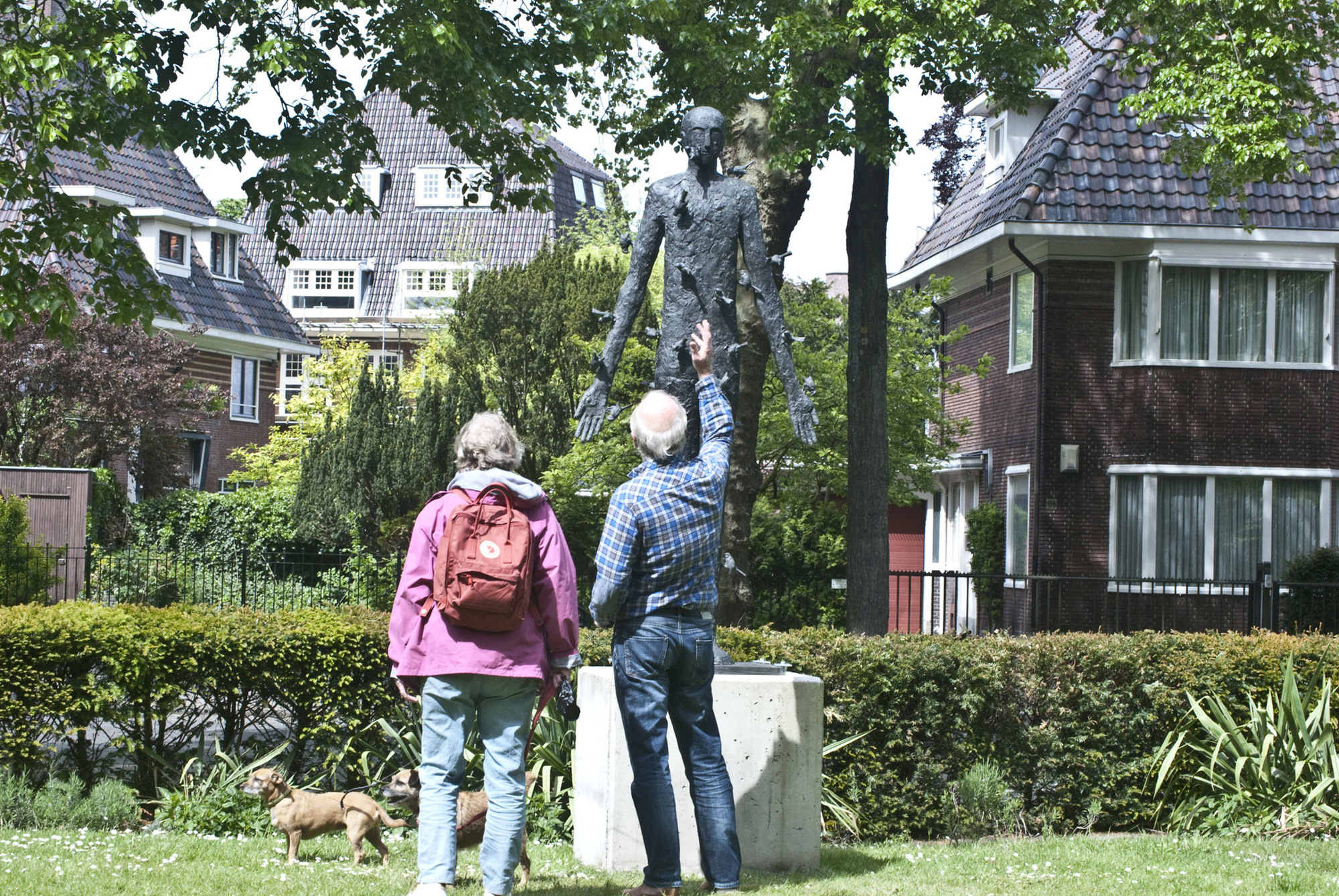 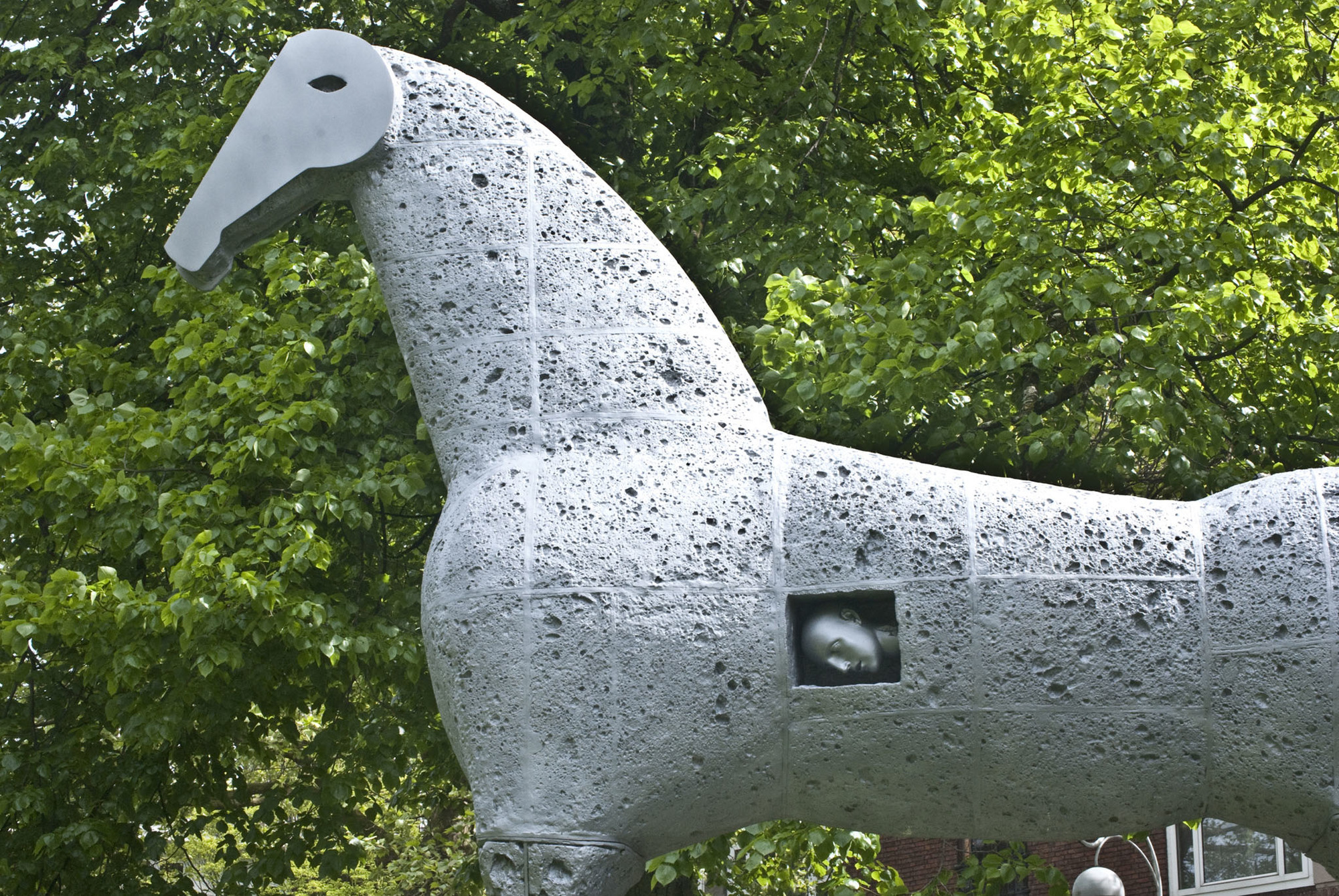 On Minervalaan Georg Herold is showing his dancing sculptures. One sculpture is clearly practicing ballet, whilst the other is more or less breakdancing. I wonder if it will make people (especially kids) do a bit of dancing moves themselves. 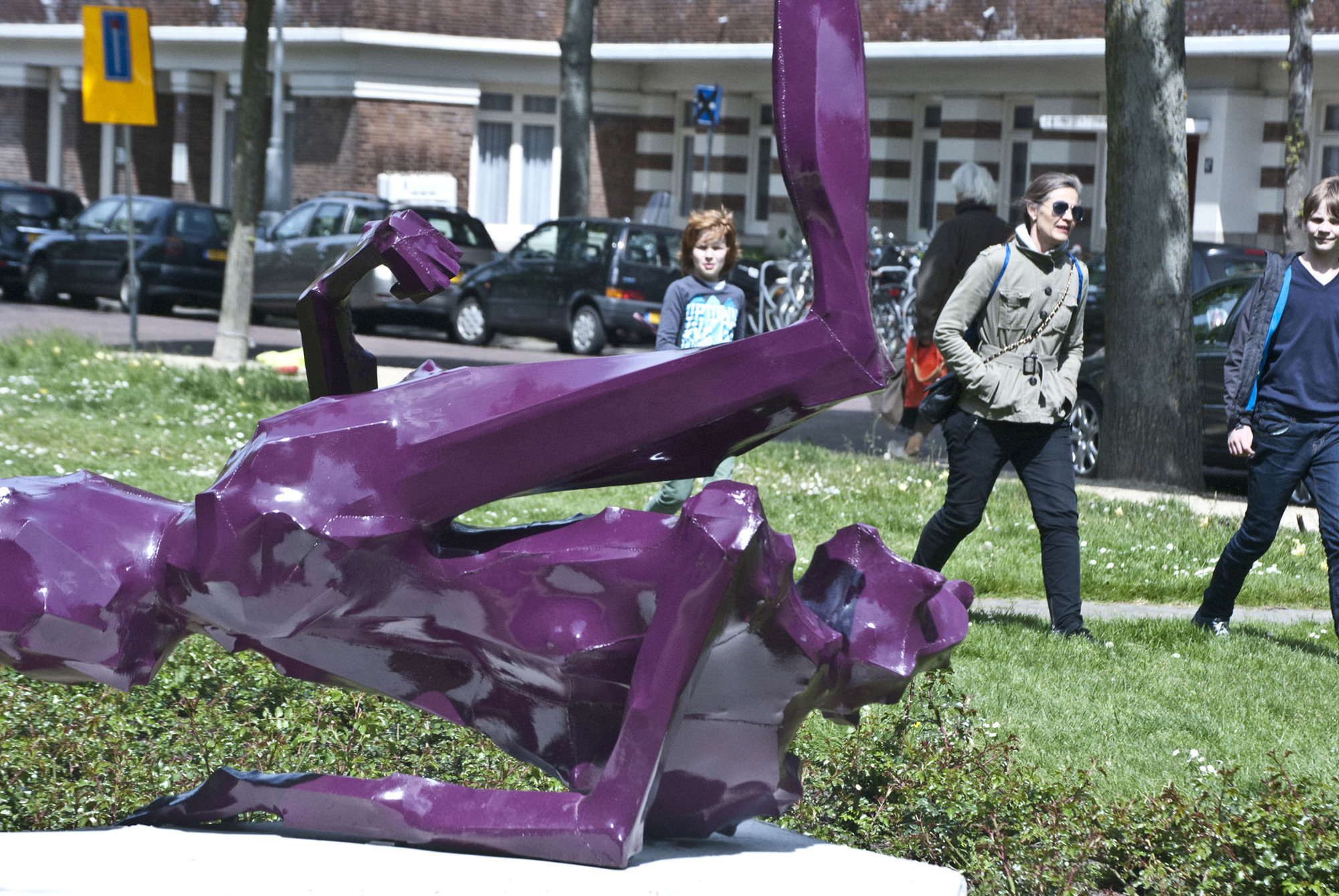 When walking the route myself, a guy in his 60s, who lives on Minervalaan, expressed himself how much he enjoys having ArtZuid in his hood every two years. His only concern is that one tube sculpture, that was once was part of a previous ArtZuid, is definitely not one of his favorites.

On the internet I read stories about residents, who have been looking forward to ArtZuid because of their running route now being 10x more enjoyable. These positive reactions show that an art initiative like this is very welcomed by residents in their neighbourhood. 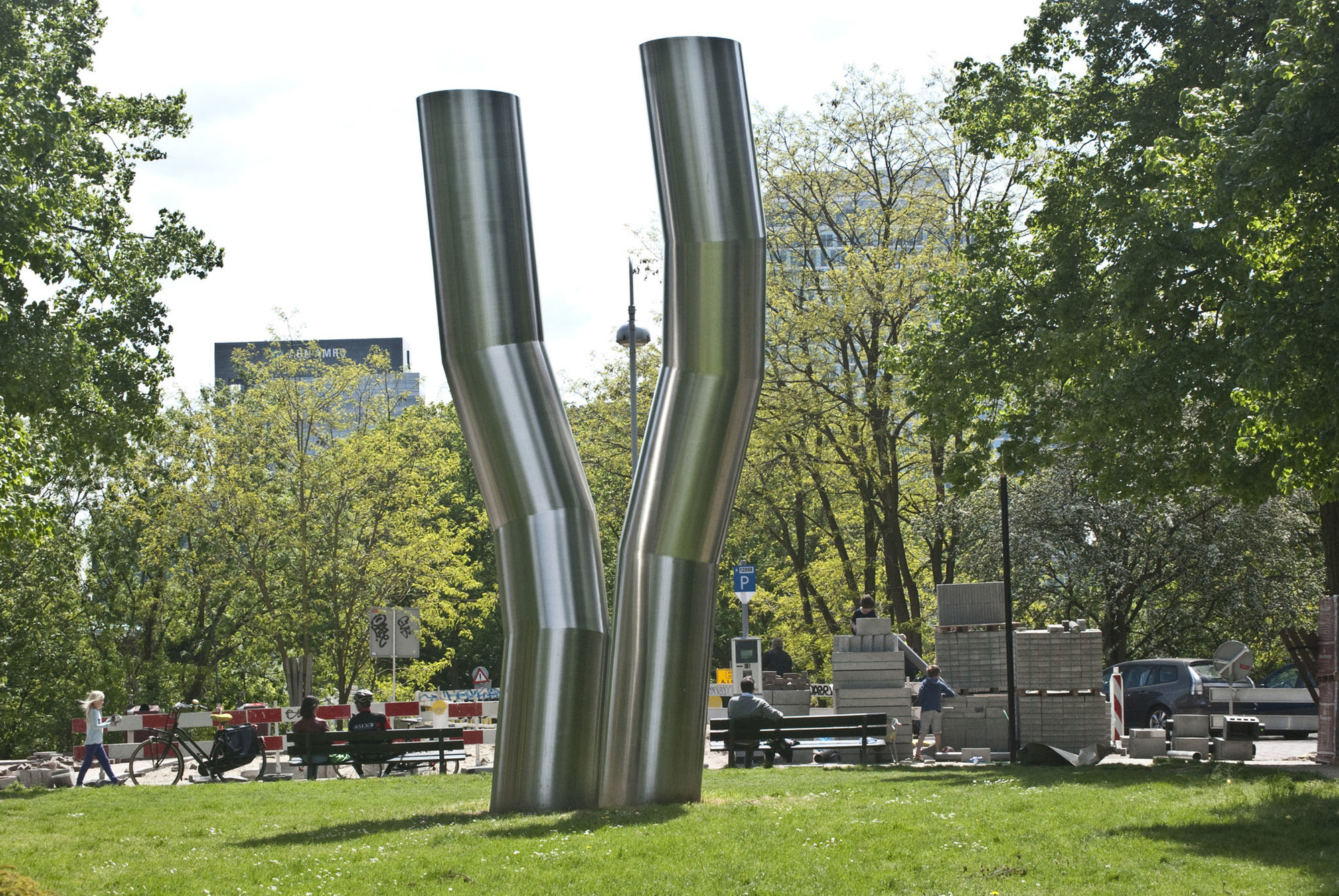 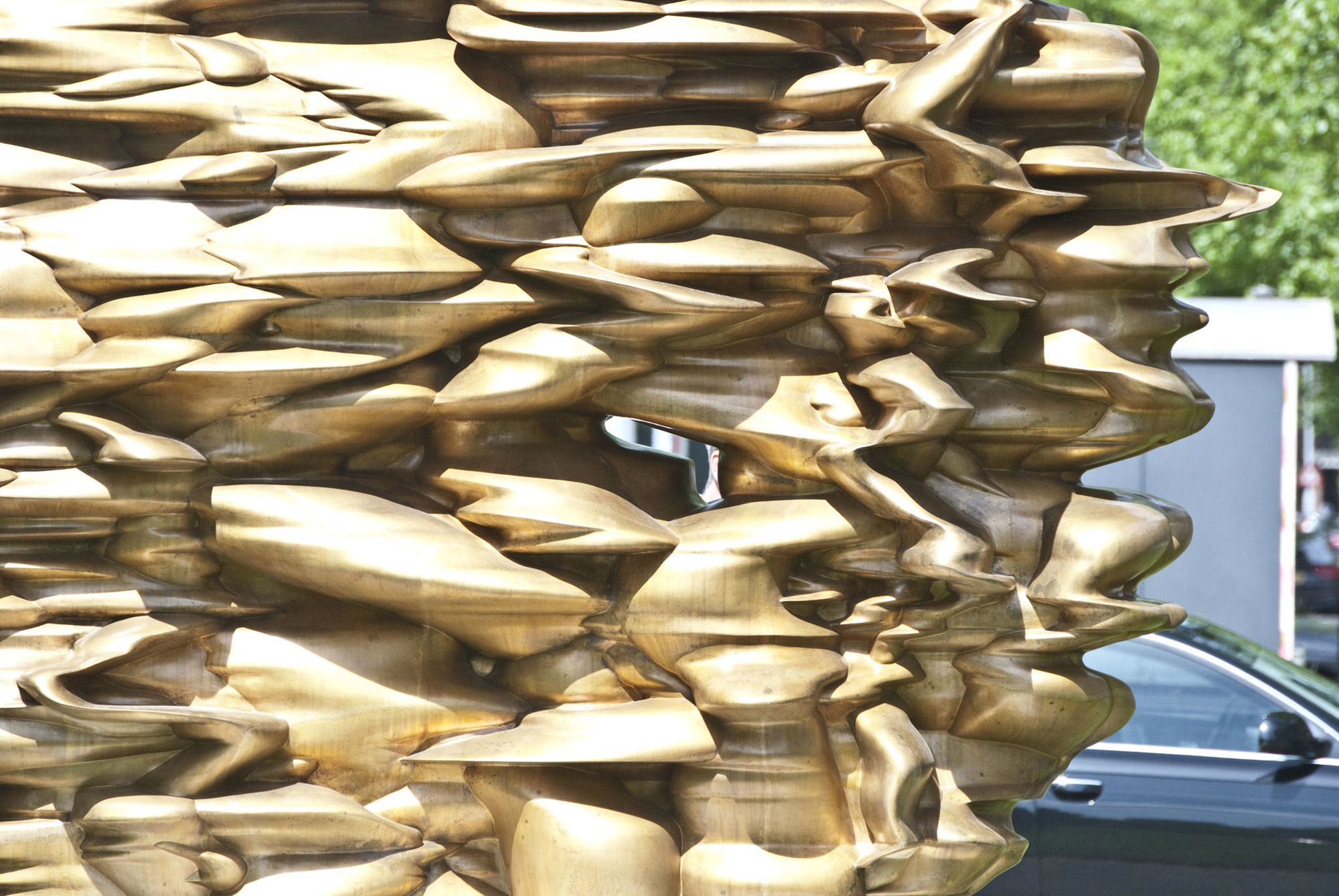 ArtZuid is up and running until the 22nd of September, so you have plenty of time to give it a visit yourself. If you need more information, on Minervalaan/ Apollolaan there is an information desk for all your questions.