Our ticket to the tropics

In 1992 a subtropical swimming paradise in a huge glass dome on the bank of the river Maas opened. It was like nothing we had ever seen before. The slides, wild water rapids, wave pool, jacuzzi’s, caves, solarium and outdoor pool have created fond memories for entire families from all over the country (including yours truly).

But soon after the opening the building was sold to a new exploiter. Unfortunately this operator did not invest in it for the years to come, and due to the lack of innovation the paradise lost its glory and became less popular. 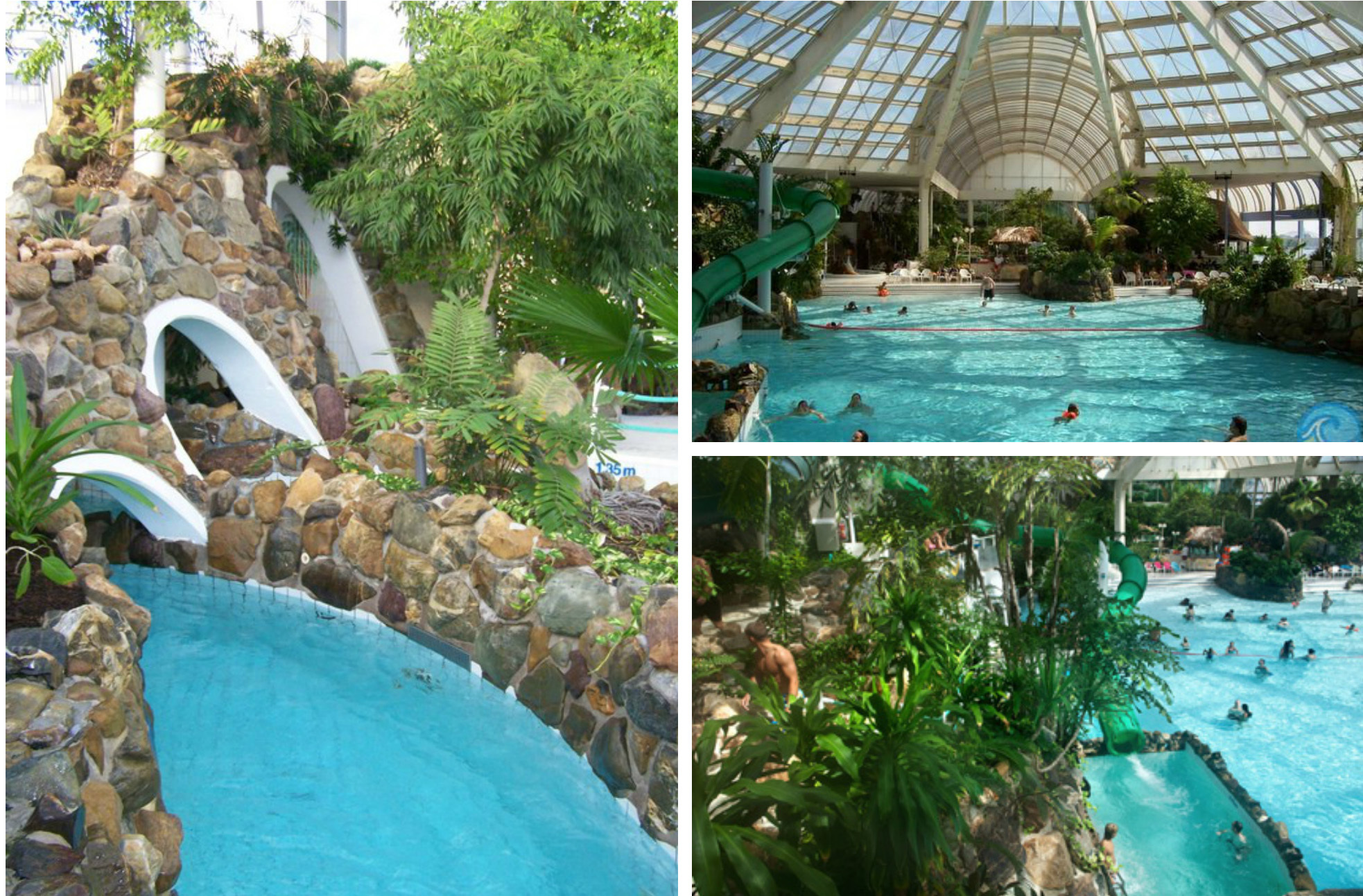 Glory days gone by...
In September 2010 the operator decided to quit because of disappointing visitor numbers, after which the paradise was left empty and abandoned. Oh, the beautiful decay... 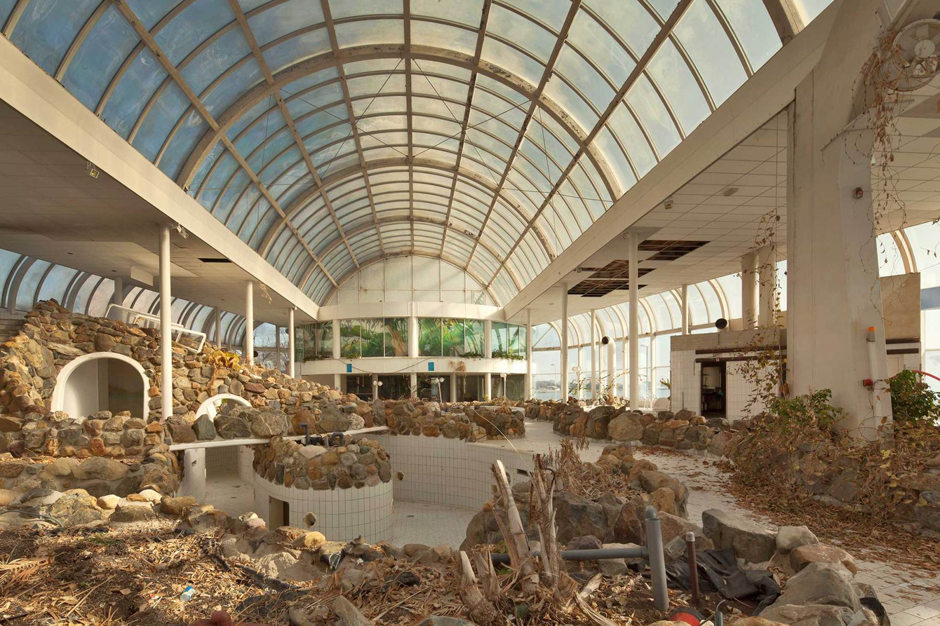 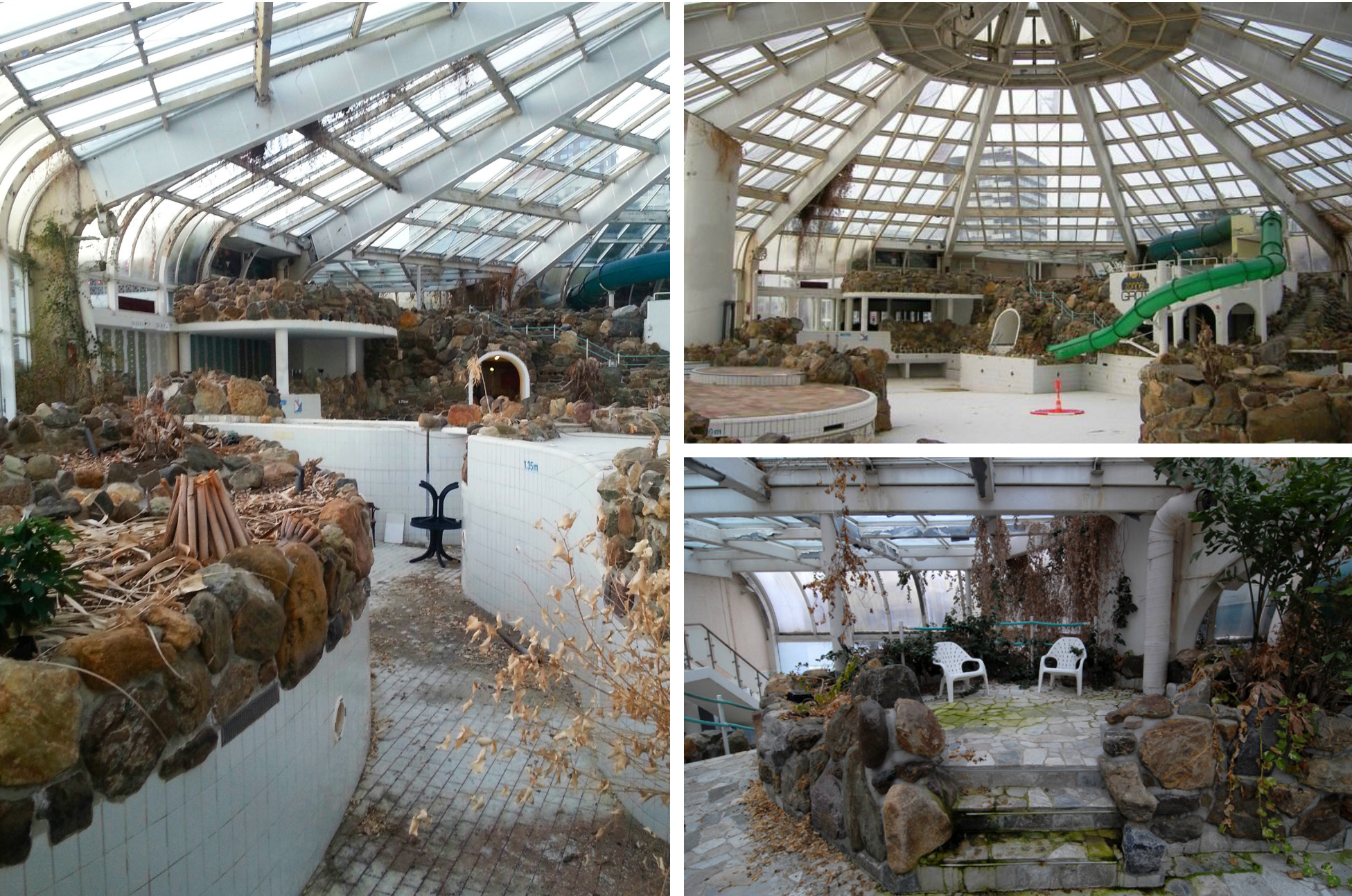 Goodbye and aloha!
Many plans for redevelopment have been passed in review (amongst which a concert hall and an elderly home), but until the fate of this amazing location is sealed, several Rotterdam entrepreneurs saw their chance of providing it with a new destination.

Resulting in a summer terrace, a coffee bar and –roasting house, a backdrop for an unusual theater performance and a mushroom farm. Also, events like movie screenings, festivals and fashion shows. It is great to see how old buildings are reinvented for new purposes. It is definitely one of the most surprising locations you’ll ever visit. 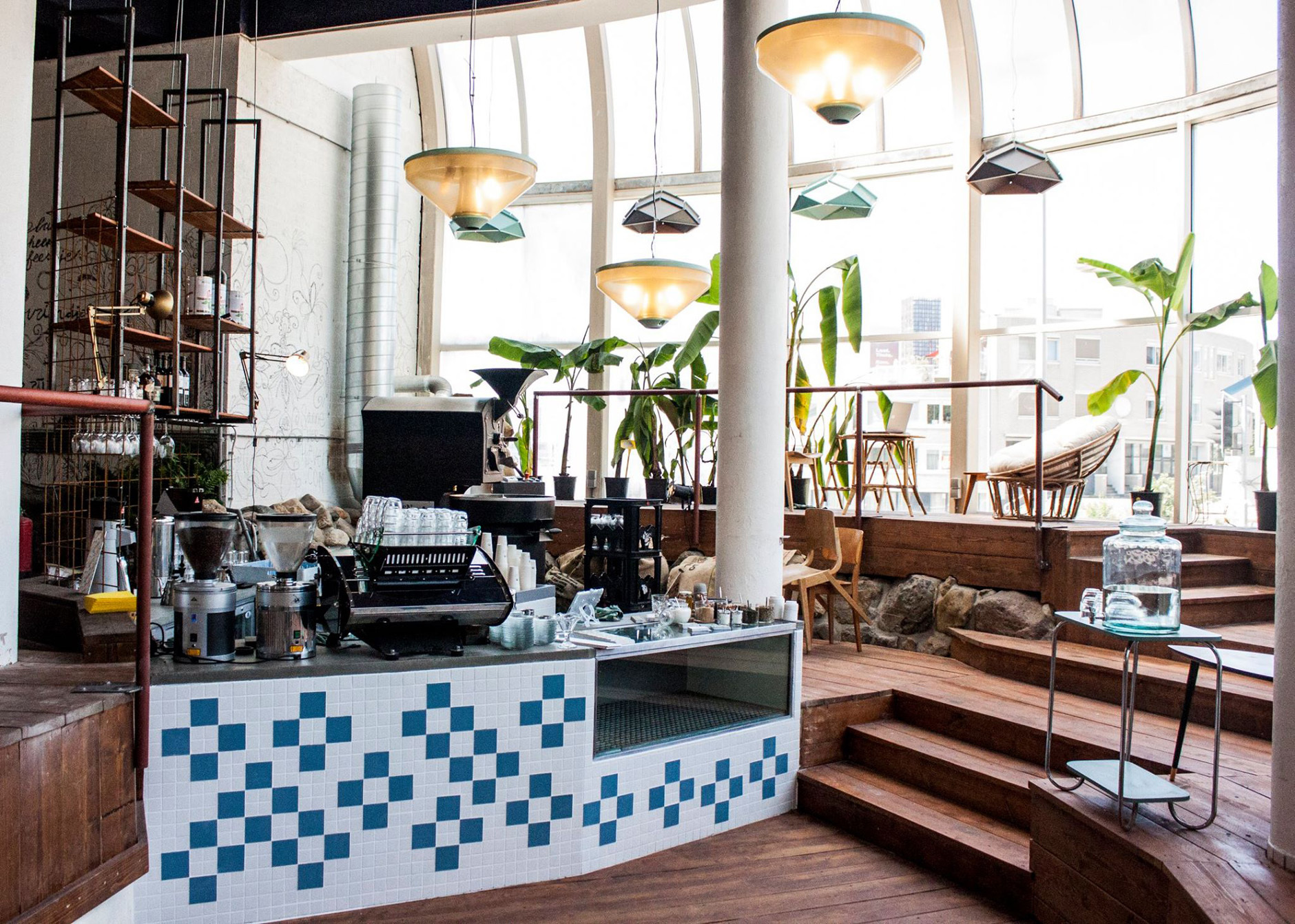 A coffee bar.
Where the old water rapids were located. Now: A coffee bar and roasting house with a vintage feel. Meet Aloha! 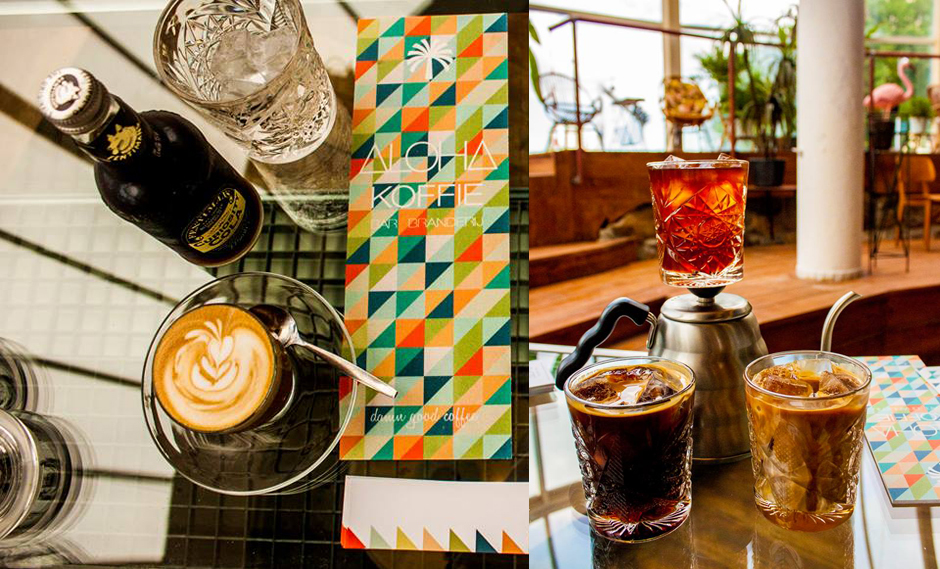 A summer terrace.
The outside pool has been turned into a delightful summer terrace part of the Aloha bar with a cocktail bar, swings, relaxing beach chairs, tropical umbrellas and a view to kill. 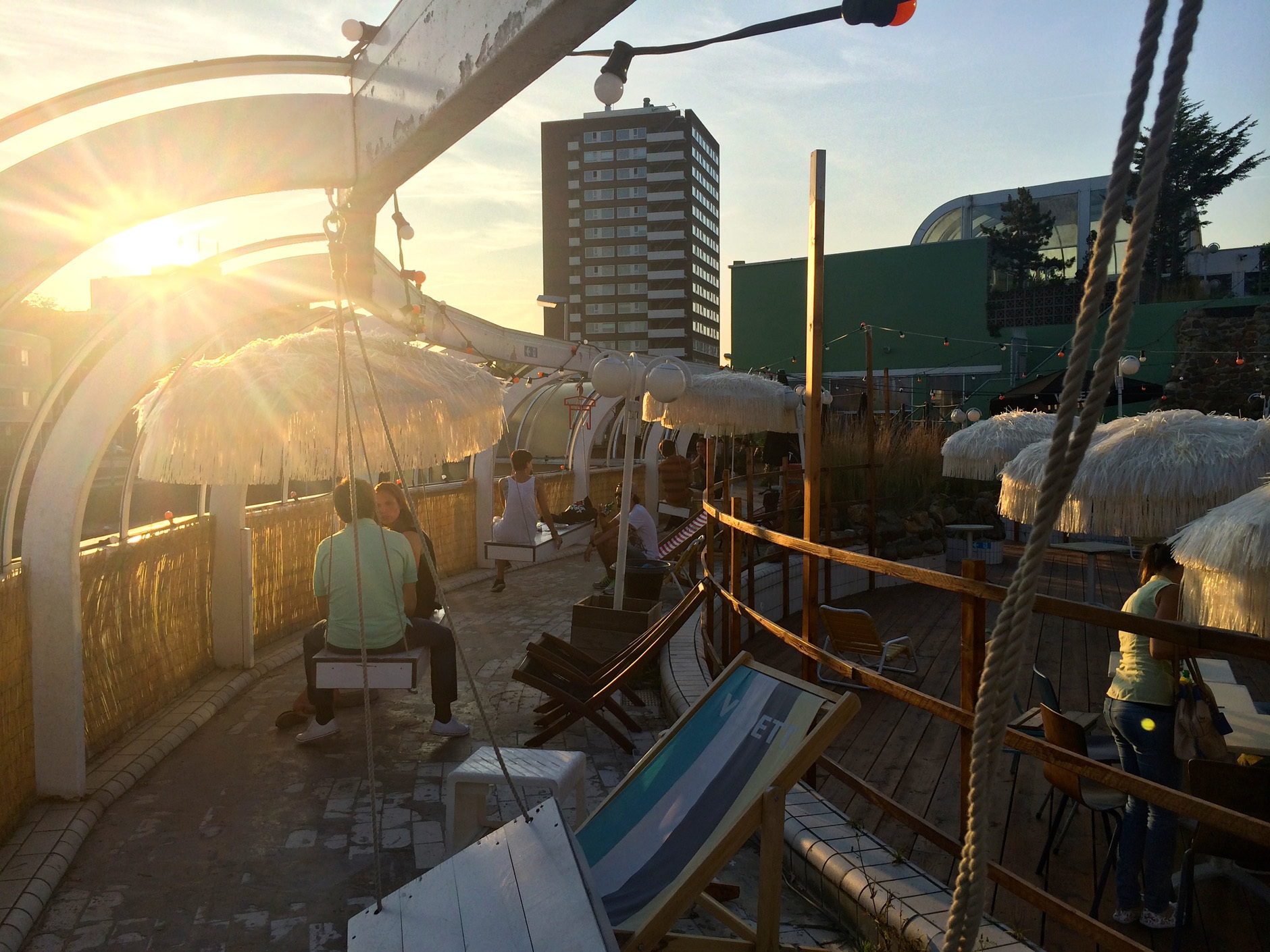 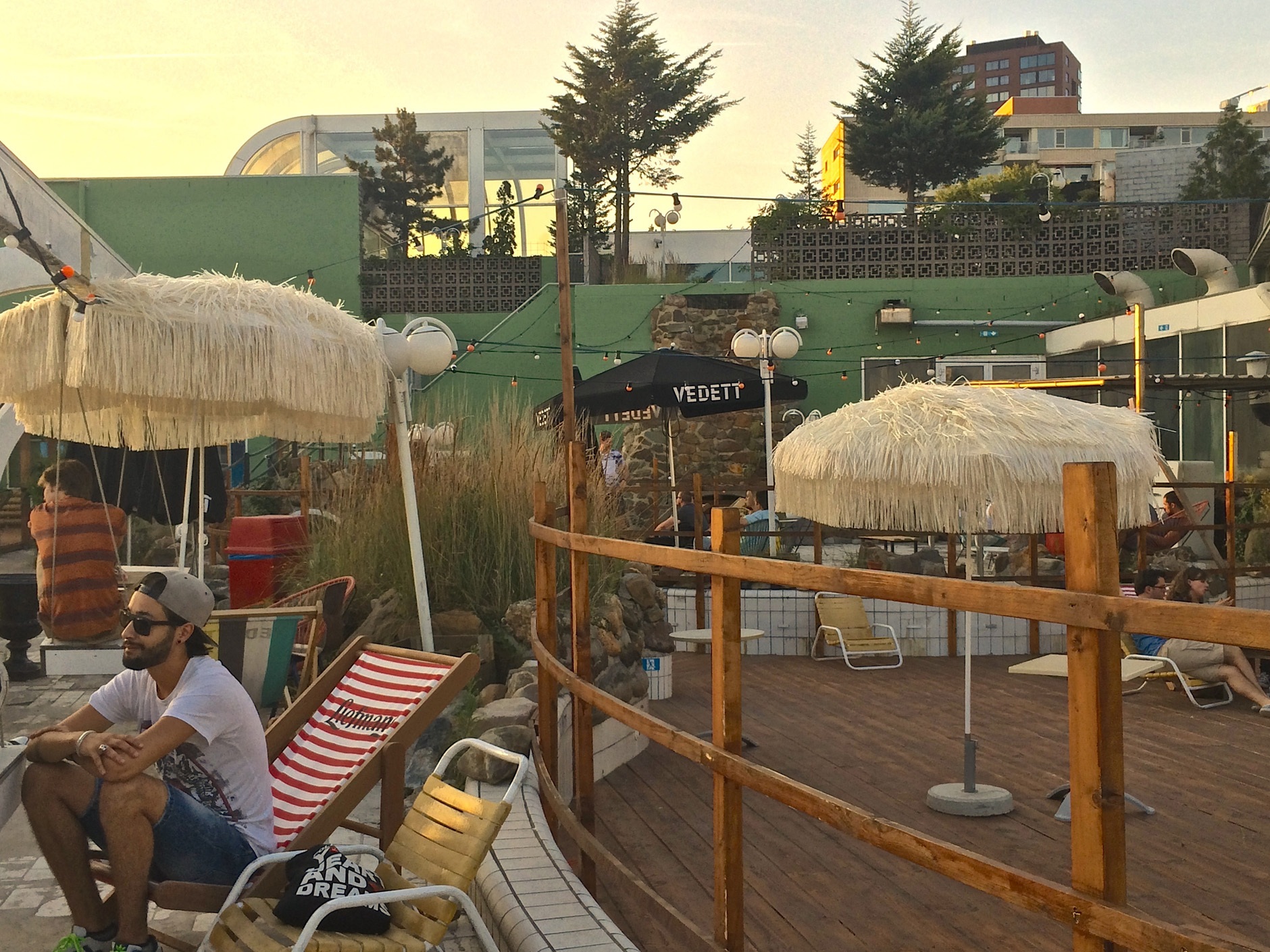 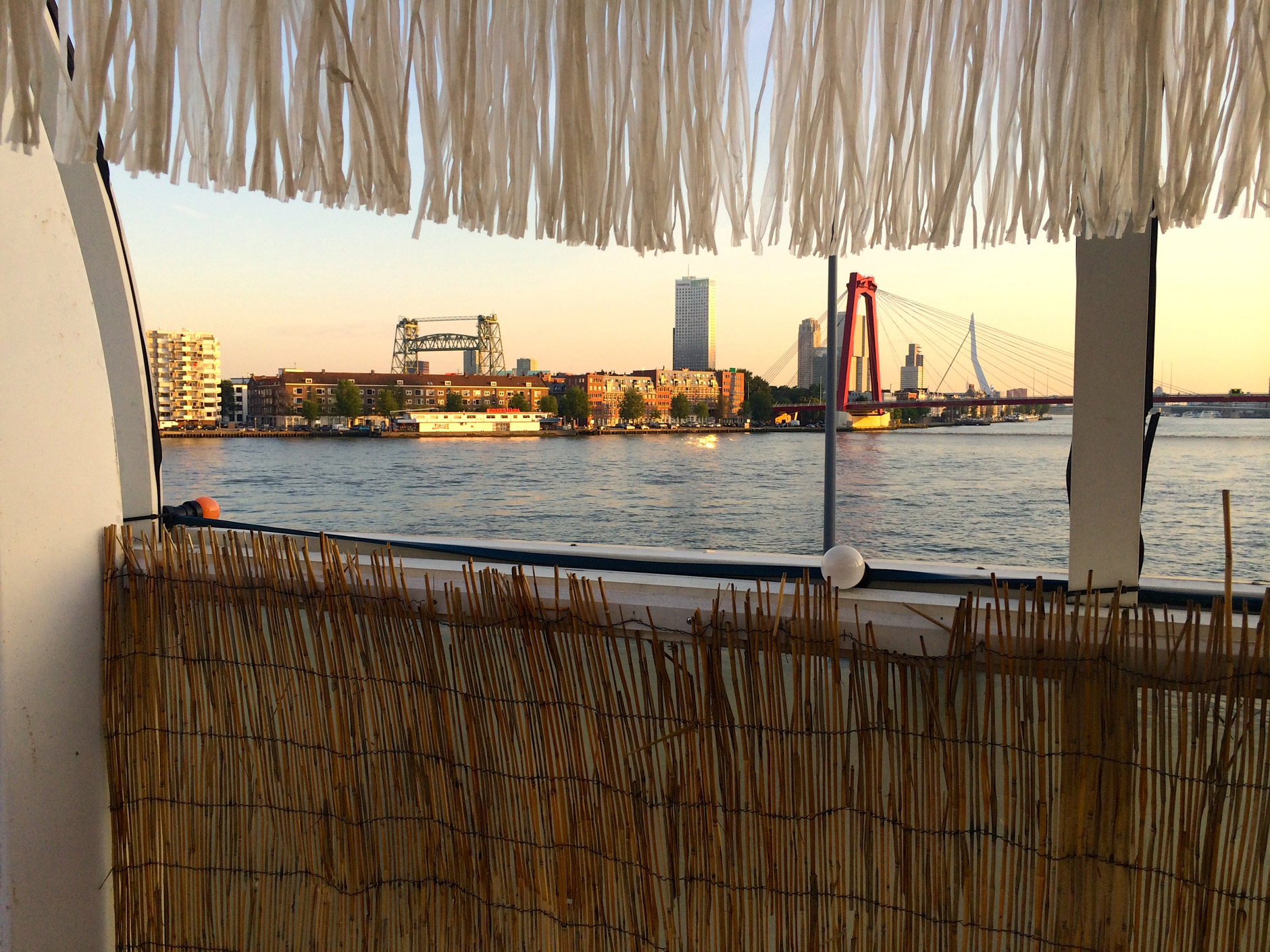 Mushroom Farm.
The basement of the former swimming pool is now a city greenhouse used to grow organic mushrooms thanks to a crowdfunded project called 'Rotterzwam'. They grow on used coffee grounds and straw from the suburbs. The mushrooms are purchases by local restaurants. 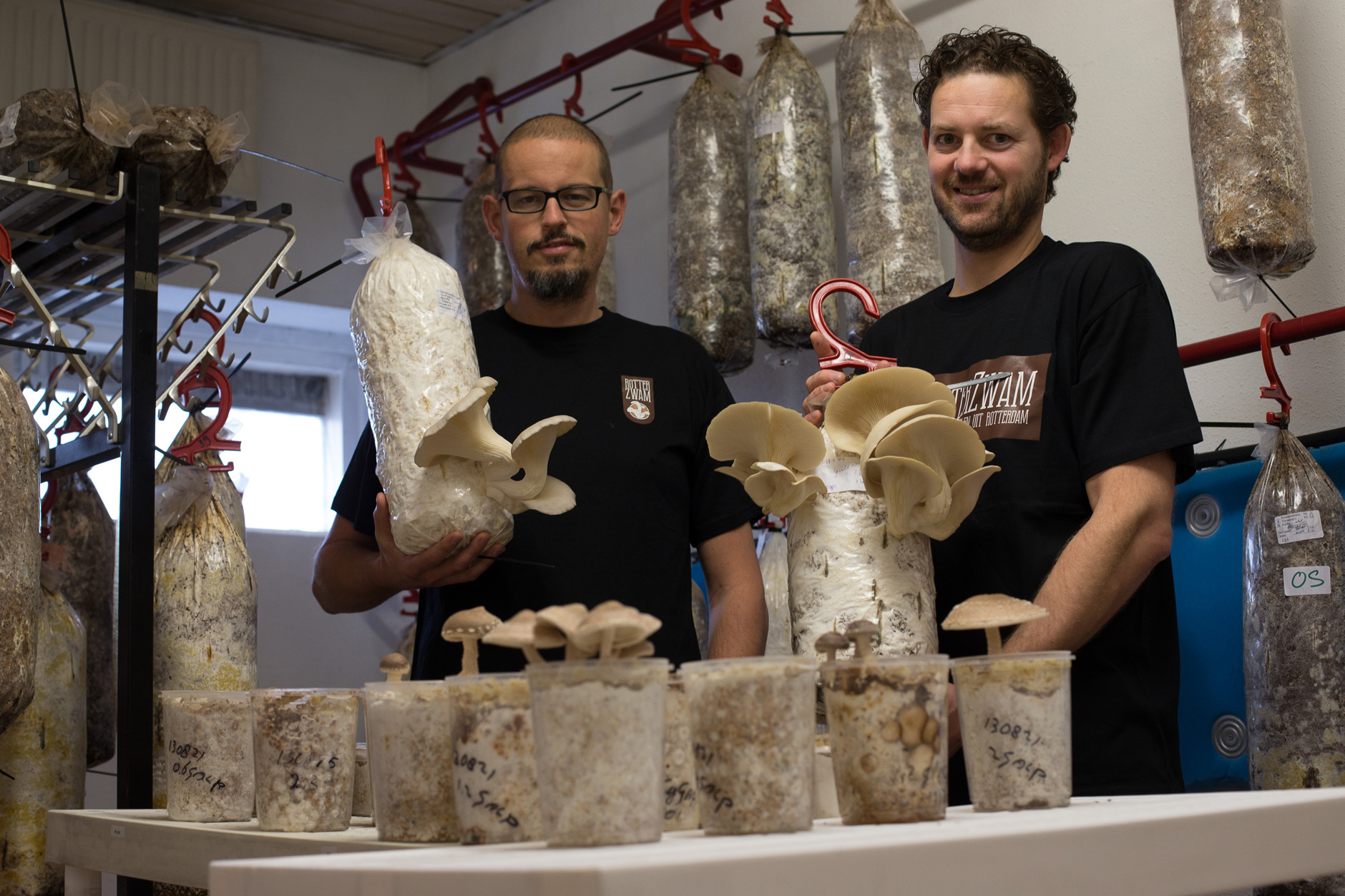 A tropical performance.
Trippers is a theatre performance played in the centre of Tropicana, where the wave pool used to be. The play is based on the movie Spring Breakers by Harry Korine. They could not have chosen a better setting. 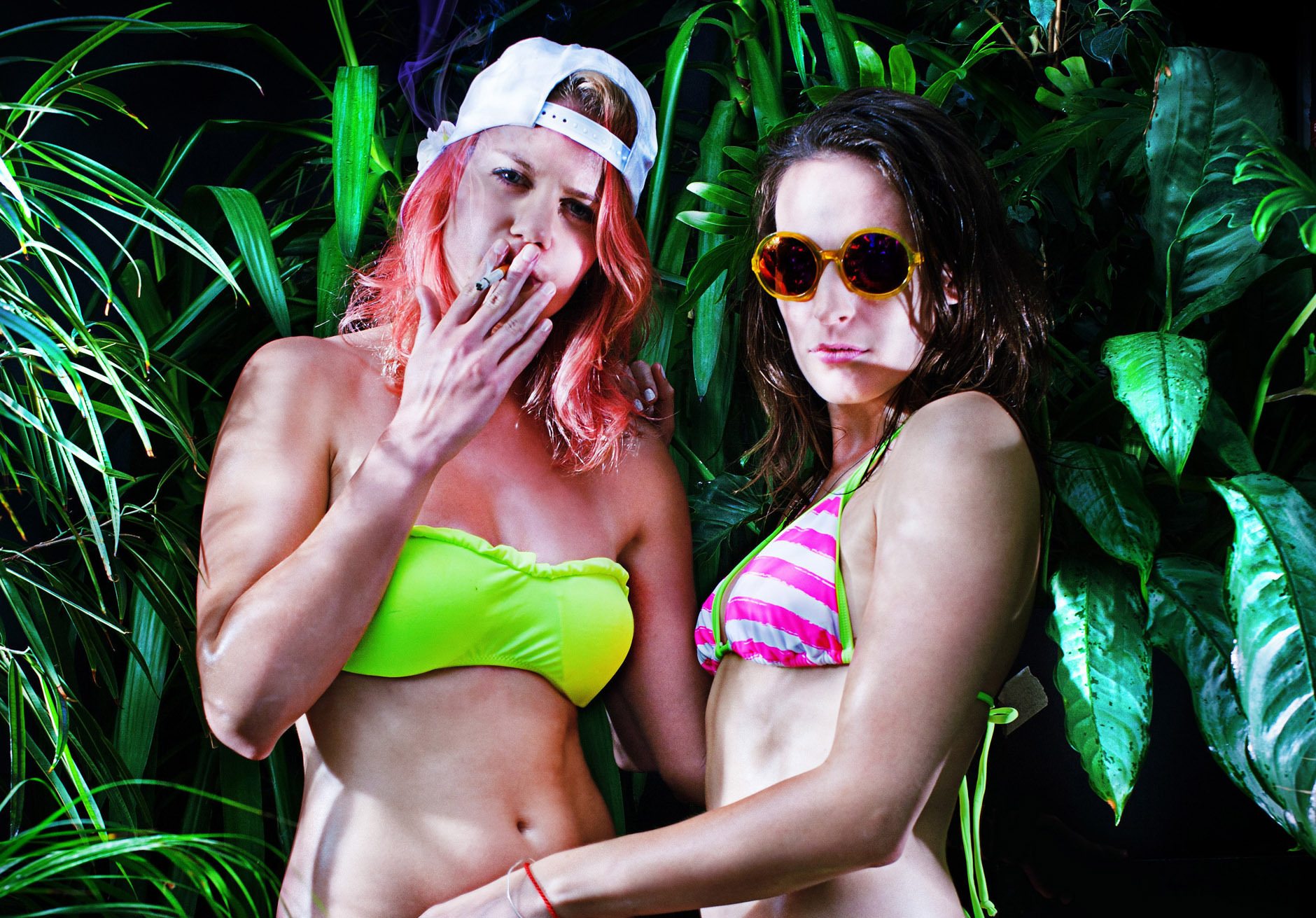 So, although we had to say goodbye to our childhood main attraction with watering eyes , 'Tropicana' remains to be a playground we can still enjoy. Maybe not in your swimming shorts or bikini, but definitely a tropical surprise worth checking out.

Whilst living inside an urban setting, this at times is our ticket to the tropics!