Portuguese street artist Vhils visited the city of Bucharest and correspondent Adriana had the chance to meet him and shake hands.

Ever wondered: what if walls could see you or move towards you? What would you do? How would you feel?

A Portuguese street artist Alexandre Manuel Dias Farto a.k.a. Vhils, “vandalizes” cities in order to bring out their hidden lives, by carving walls and doors, any surface, you name it. 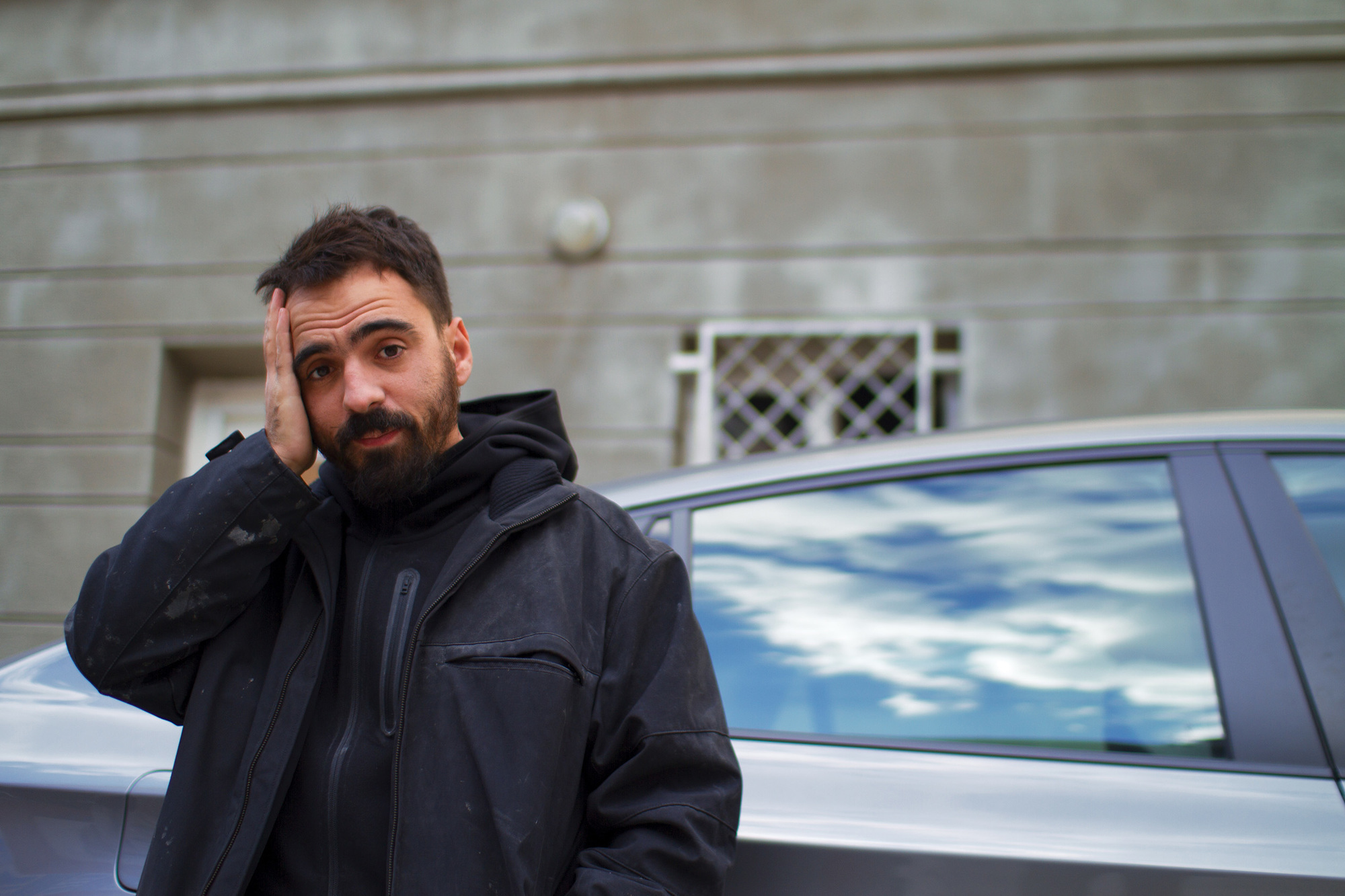 I won't talk about why I was dying to meet the man behind those piercing eyes on walls all over the world, from his Lisbon to San Diego and Hong Kong. And now in Bucharest, see it for yourself.

I will just raise some questions about us and street art and maybe we'll understand the cities we live in better together. 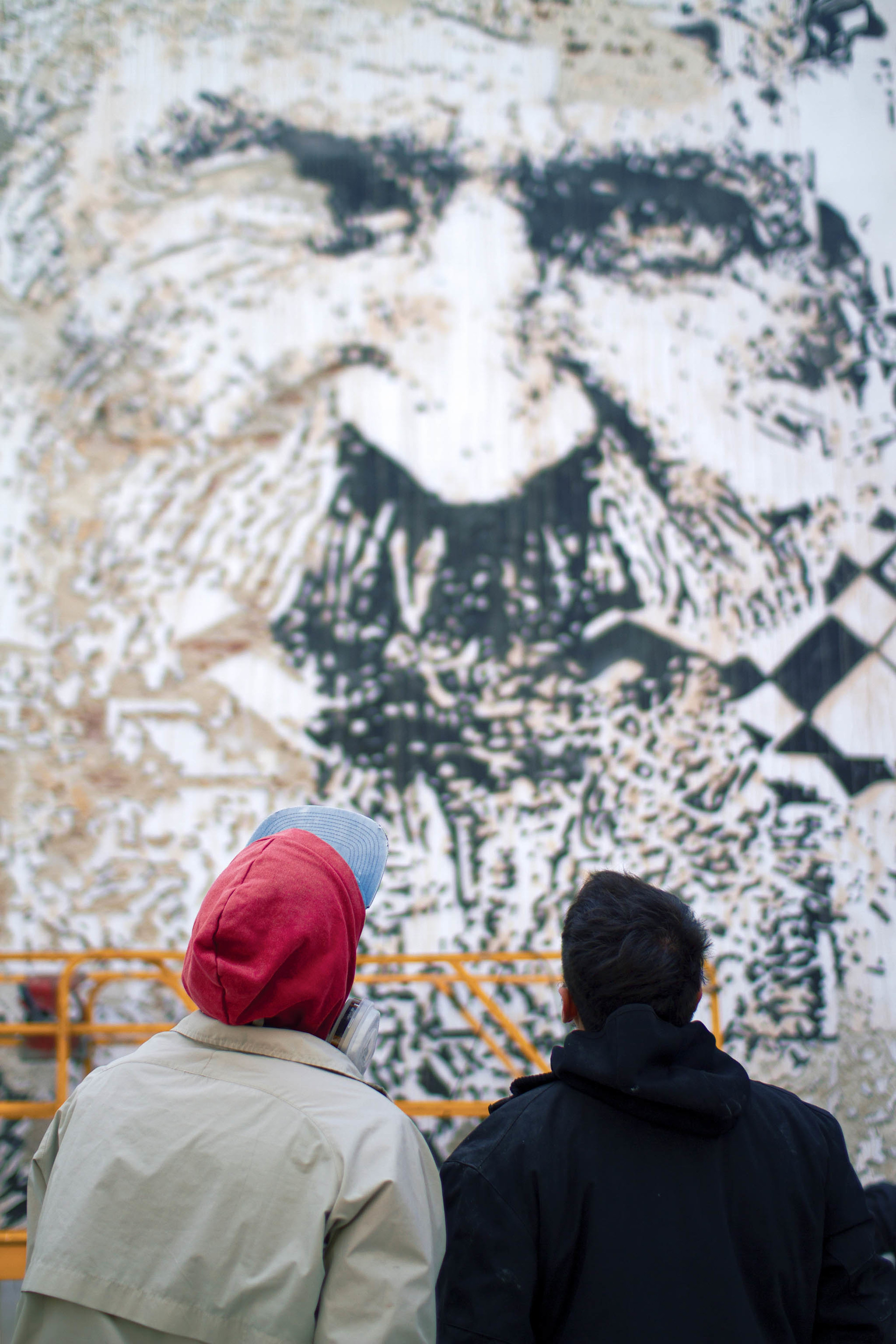 Contemporary art is about us and our society. It depicts social, cultural and even political changes on our communities, our cities.

So how does a guy, an apparently ordinary guy, blasts walls to put cultural and social symbols for everyone to see? What does street artist Vhils (and his walls) want to shout out to the world? 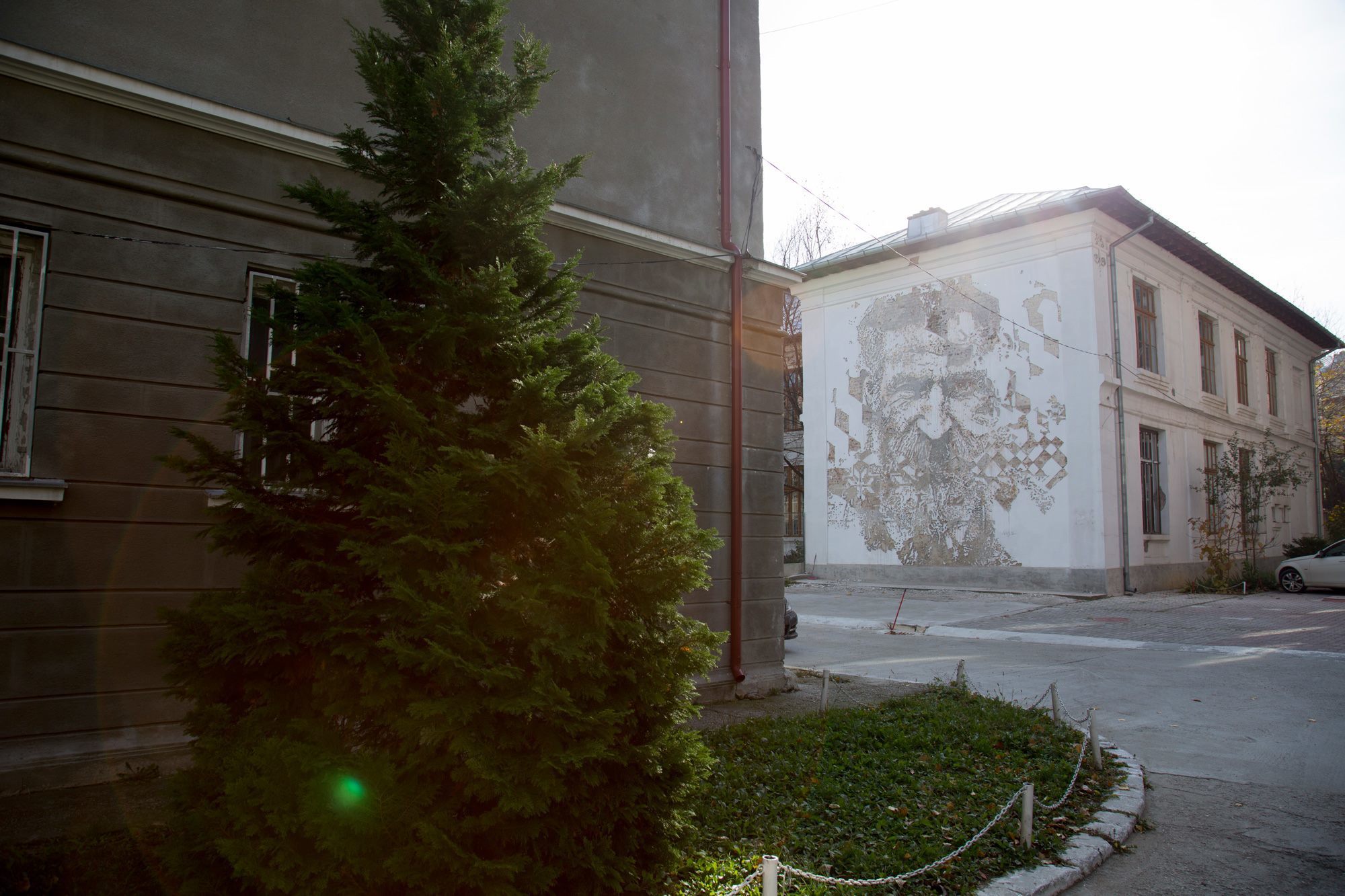 In response, he said he didn't know who to portray when arriving in Bucharest, but he knew that the portrait was somewhere out there waiting to be revealed. He just went with the flow and came up with Constantin Brâncuși, one of the most influential sculptors of the 20th century and the father of modern sculpture. His face morphed into a wall of the National University of Arts (UNArte), just in the heart of Bucharest. 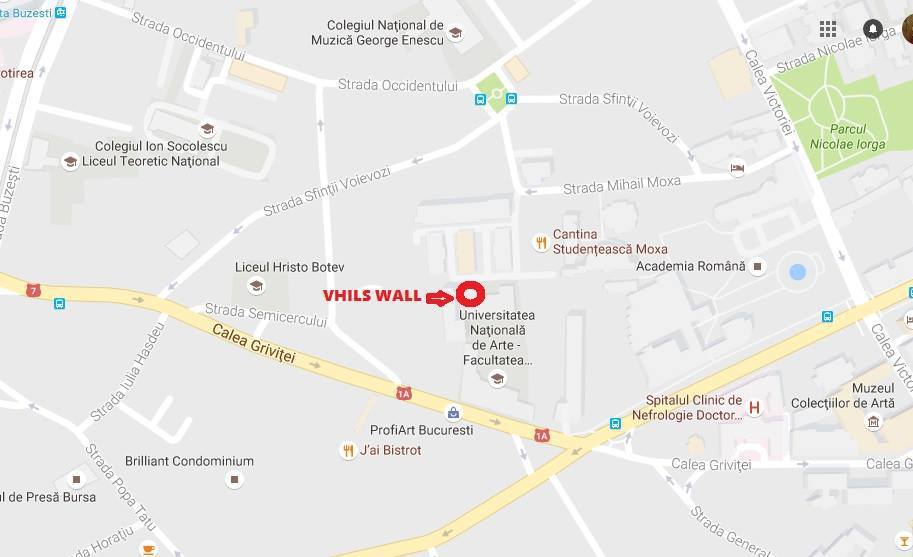 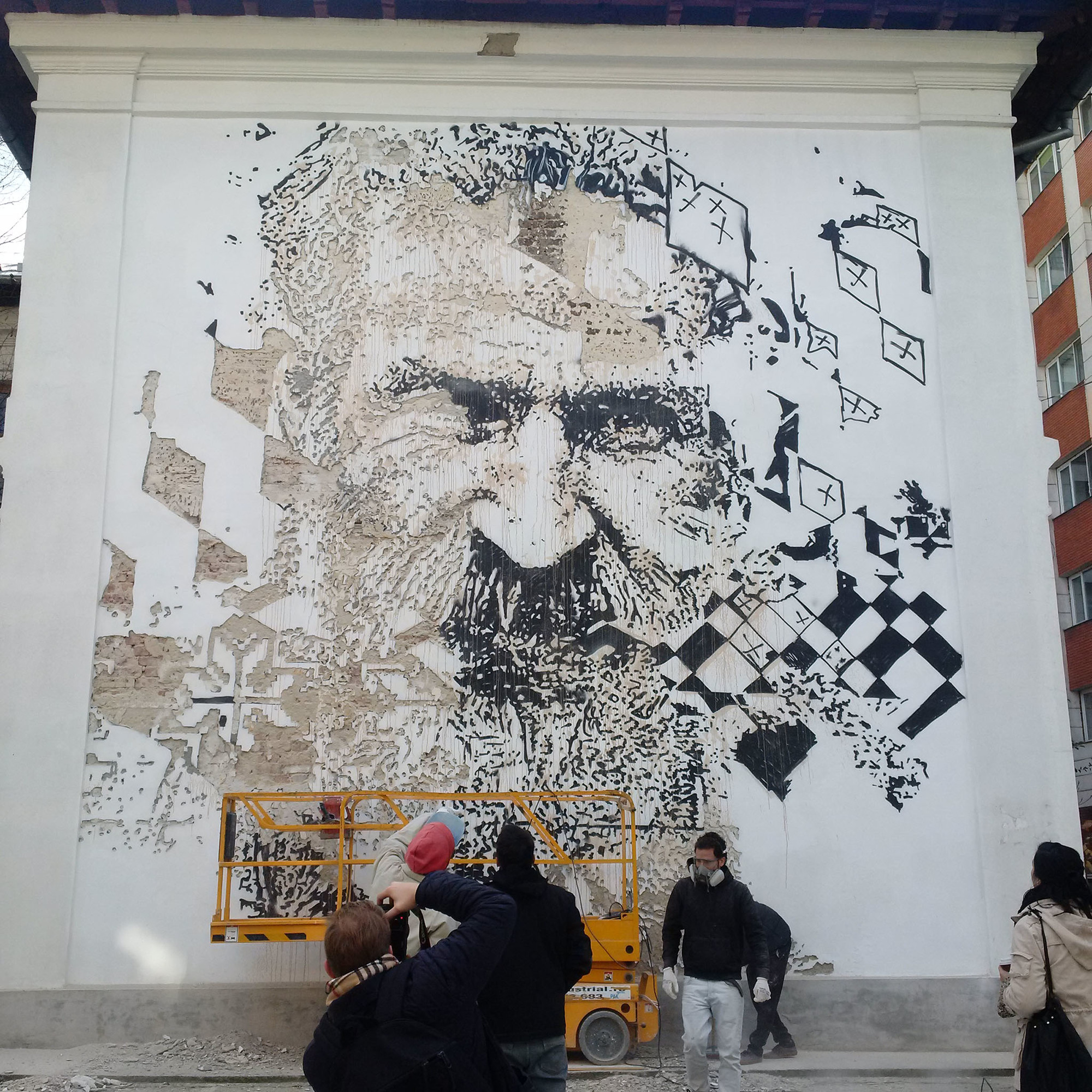 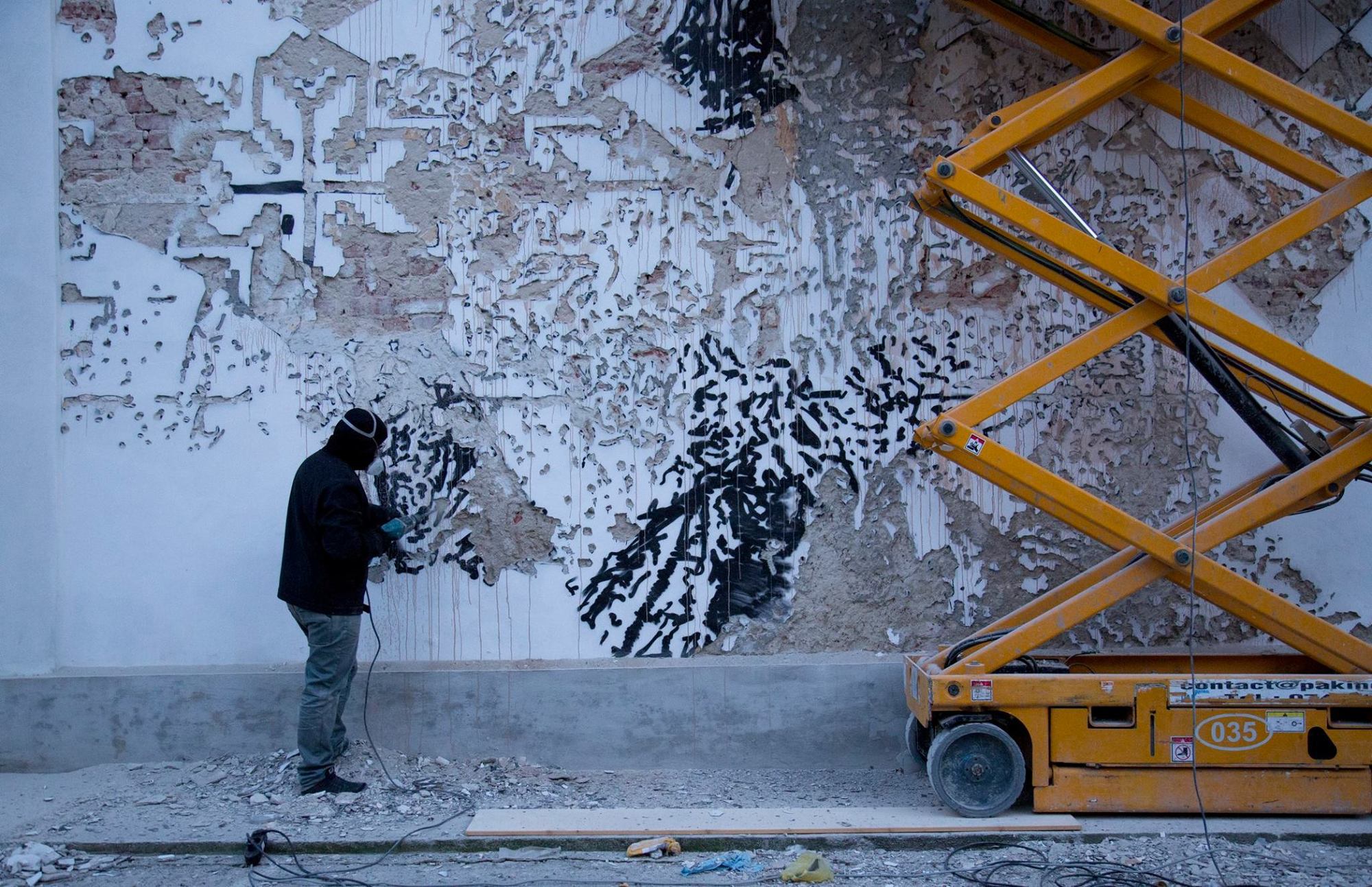 Maybe everyone has the power to influence their cities to the core, and street artist  Vhils shows us just this. Choose a medium, choose the feelings you like to share. Can someone, anyone, become a city correspondent for a short period of time just by identifying local symbols and society paradigms in cities? 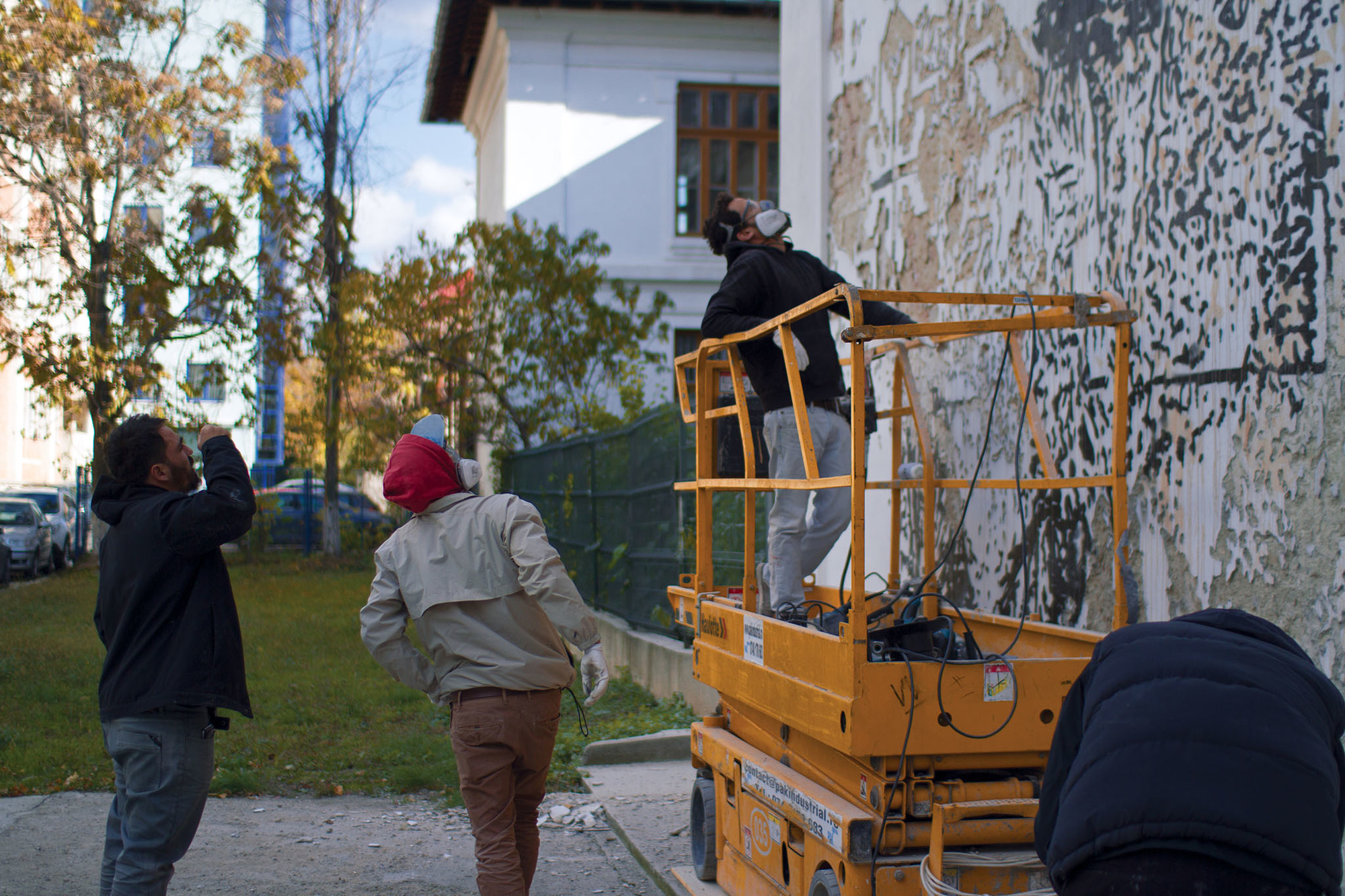 Where does the not-needed debris go to? Can it be a metaphor to cities’ unwanted skeletons that stay in the way of urban development? 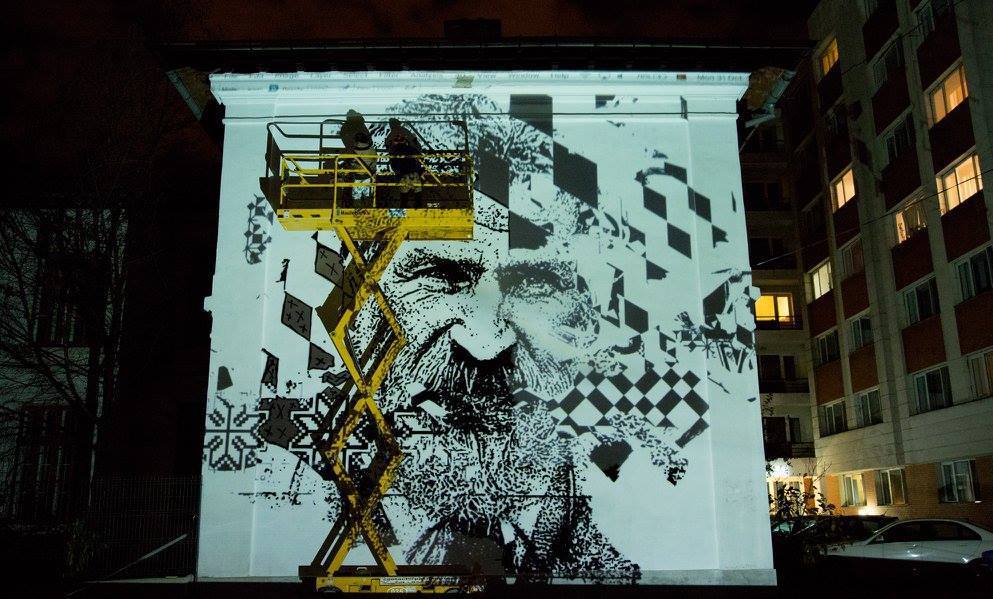 Maybe Vhils does not belong to Lisbon, but to every city in the world. Maybe in these days a local is not a local anymore, but a global creature who can adapt and shape whichever city he chooses to. Are we locals or are we globals? 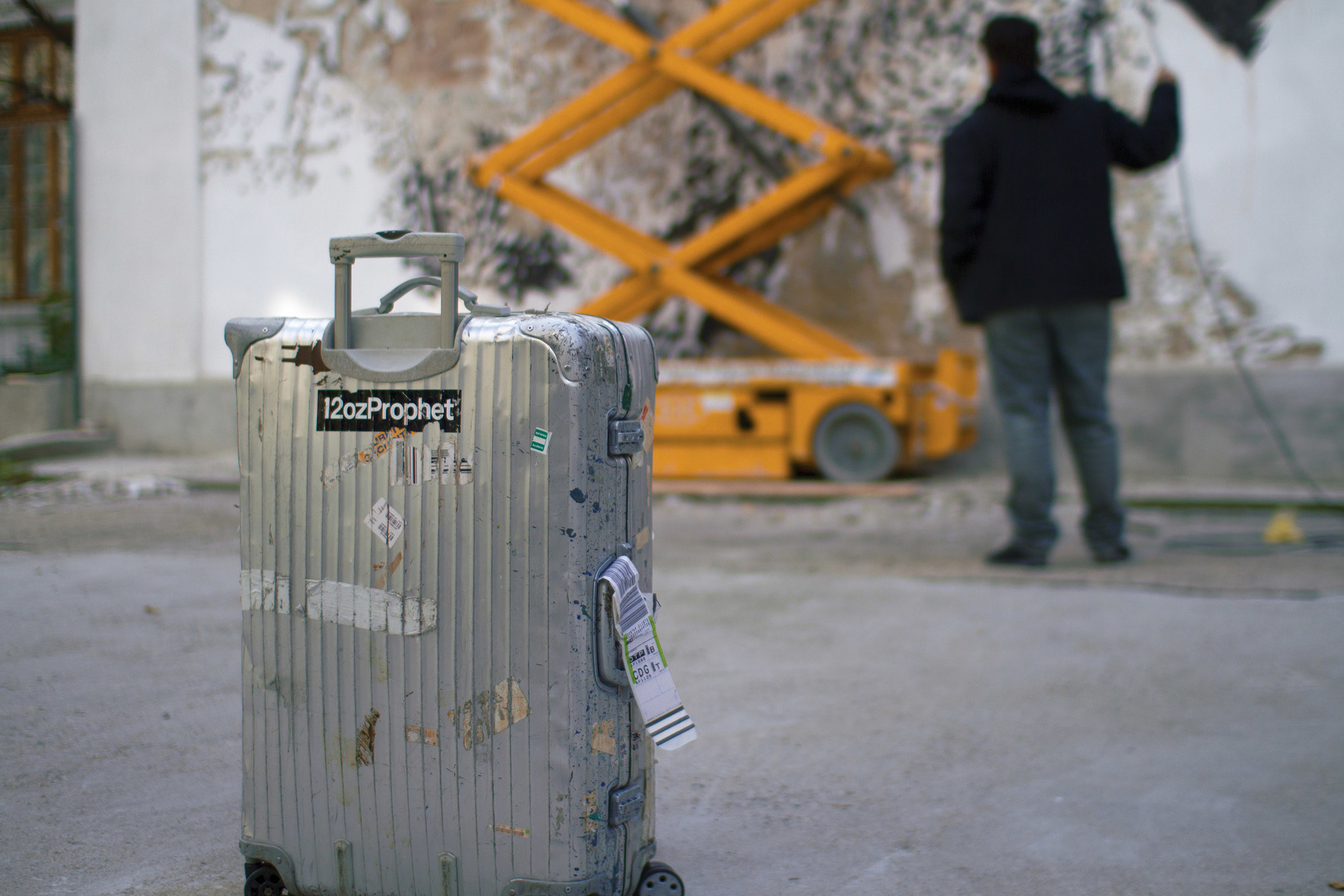 Whatever the answer is, a city is made by people!

Thank you DU-NE Association for giving me the opportunity to meet him and shake his hand.