Refreshing Your Perspective Through Wanderbrief, Amsterdam in 360°

Through the international community Wanderbrief, 28-year old Michael turned Amsterdam into his office. Using a brand new camera he portrayed the city of canals from a 360°point of view.

Trading talent with the experience of working abroad, that's what the international community Wanderbrief is all about. It's the reason German Digital Product Manager Michael Jedamski got the chance to turn Amsterdam into his office. Trading his knowledge as a photographer in his new city of bikes.

"I always say you should grasp a chance to try something new when the opportunity appears. I learned so much from actually doing stuff and working aborad."

This opportunity was made possible through Wanderbrief – the international creative community that connects creative people all over the world with companies looking for talent. The creatives don’t get paid in money, but in the experience of traveling and working abroad.

Wanderbrief was launched in February by the local Dutchies Mark van der Heijden and Valentijn van Santvoort. Shortly after, the company was selected as “Starter of the Week” by the Dutch Financial Telegraph and has since then been awarded multiple times. It was when Mark was in Austen, Texas for a conference, that he and Michael's ways crossed for the first time.

He was talking about serendipity, about taking actions in your life and actually do something about it. I loved the idea and we stayed in touch. When I saw that Wanderbrief was looking for people to do a project for Ricoh, I contacted Mark straight away. I love Amsterdam so I applied for it specifically. After that I got an answer: “Still up for a trip to Amsterdam?"

Now he’s a part of a project by electronics company Ricoh who’s launching a new product: the 360° camera Ricoh Theta SC. For four days Amsterdam has served as the set for the promotion of this futuristic device.

Michael, tell us about the project you’re doing here in Amsterdam though Wanderbrief?

The idea was to create a one minute tiny planet video. This means the frame is taken in a 360° format so it looks like a small planet. I shot these videos at different locations in Amsterdam and I’m going to put together the video in the end. Also I took eight separate 360° photos of Amsterdam’s best sights. Ricoh just launched a brand new model of this camera so they hired three other people that are going to do the same project as me in Paris, Berlin and Rome. 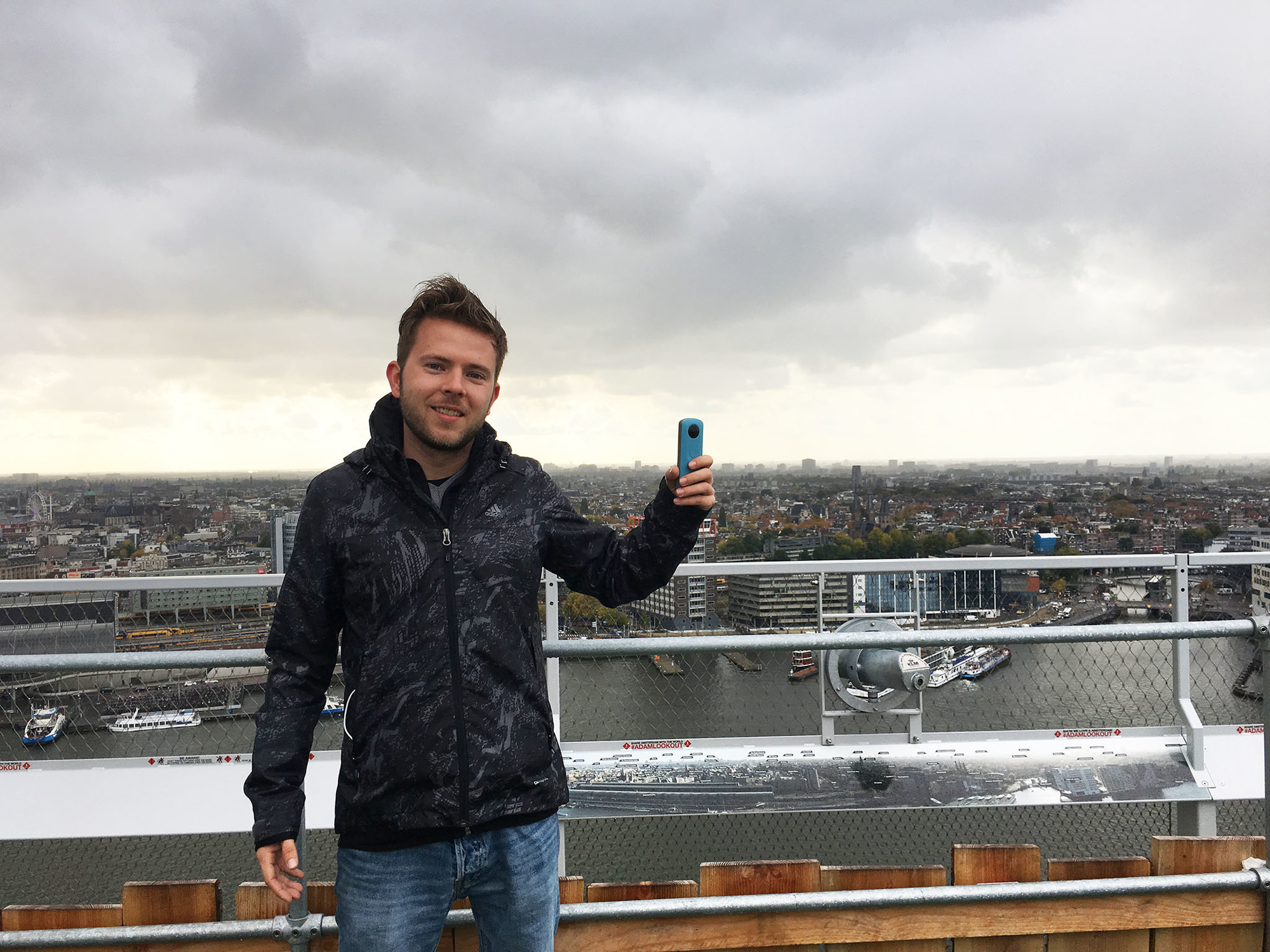 You shot some symbolic sights such as the Rijksmuseum, why did you end up choosing these?

I wanted to pick spots that are symbolic for Amsterdam, but also places where people come together. Sometimes I had to stand in the middle of the street to get the picture and then it was really scary when bikes and cars were going around me. But those pictures looks great! It was raining almost all the time - but what I really like about the city is that it seems so pedestrian, everybody is on their bikes, there are motorbikes and cars everywhere. All together it really speaks to me every time I come here. I got my public transport ticket but I never used it, I just loving going on my bike here feeling like a true Amsterdammer. If you’re on a bike you immediately fit in. So I also did that for this project, took my bike through Vondelpark. 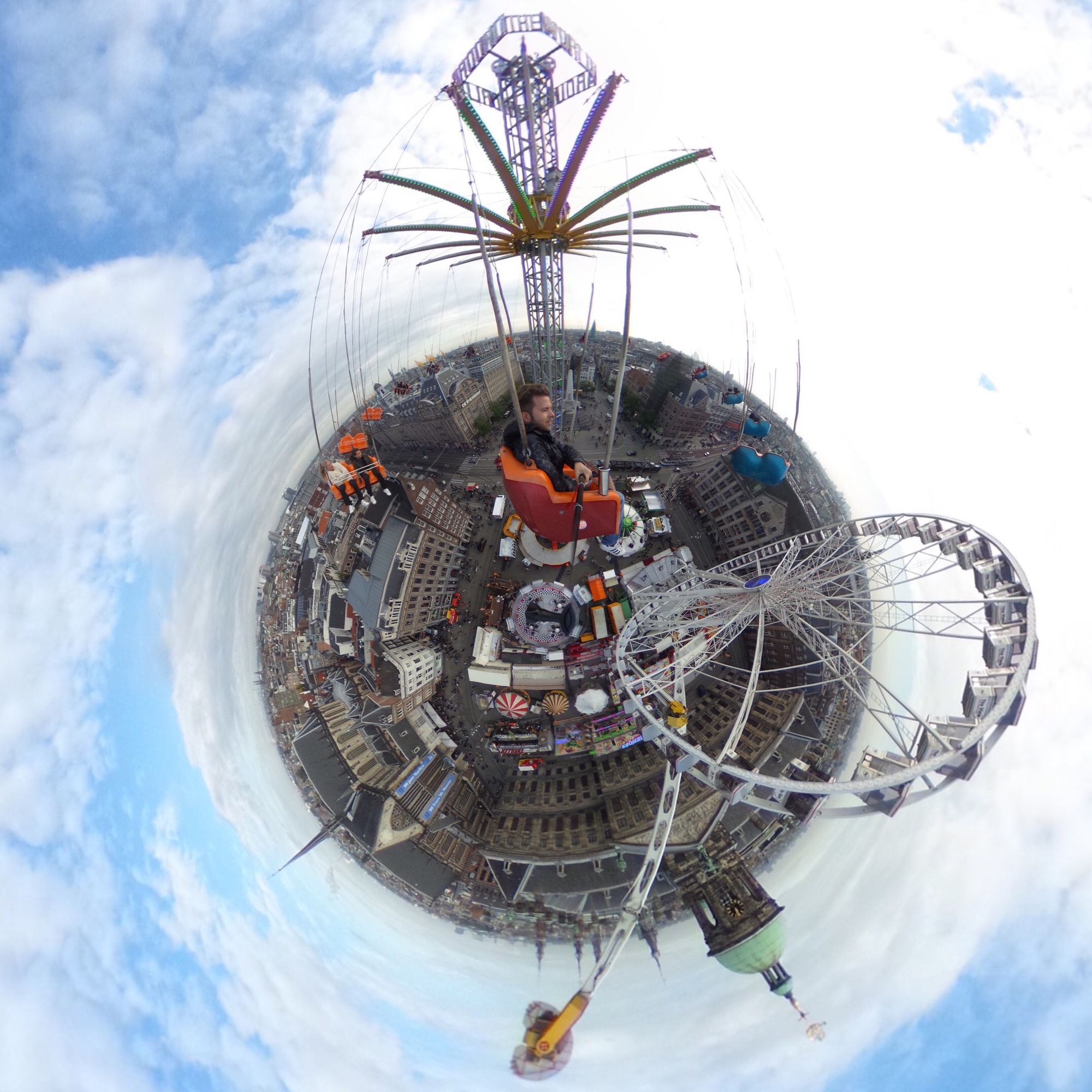 What would you say is the purpose about this way of shooting? What do you get out of 360 degrees photography compared to regular photography?

I think they tell a broader story than a regular single frame does, because you can’t hide a whole camera team in the photo. It seems more real and authentic. But the main benefit of the 360 format becomes clear when you see it inside a virtual reality headset. Then you find yourself inside the photograph. That really creates a presence that is not possible with a regular photo. You can find yourself on the top of Machu Picchu or the pyramids in Egypt. It’s the closest to getting at any place without really being there. But for me Amsterdam is not only just those few high lights that I took for this project. It is the actual city that has the story and the character.

Then it must have been an experience in itself for you to come from Germany here to Amsterdam to work. Or how did you experience working through Wanderbrief?

It’s been fantastic! At first I was a bit sceptical that you don’t get paid for the job. But working like this gives you so much more than just the reference of working for a big company or with a great project. You also gain more experience from working abroad, meeting new people and creating a portfolio for yourself. I actually combined something I love doing with something that can actually lead somewhere. I had to take one day off from my job at Adidas, but I got four great days in Amsterdam for free. That trade is not so hard to do if you get to do something you really love and also see more of the world - then it’s way worth it. 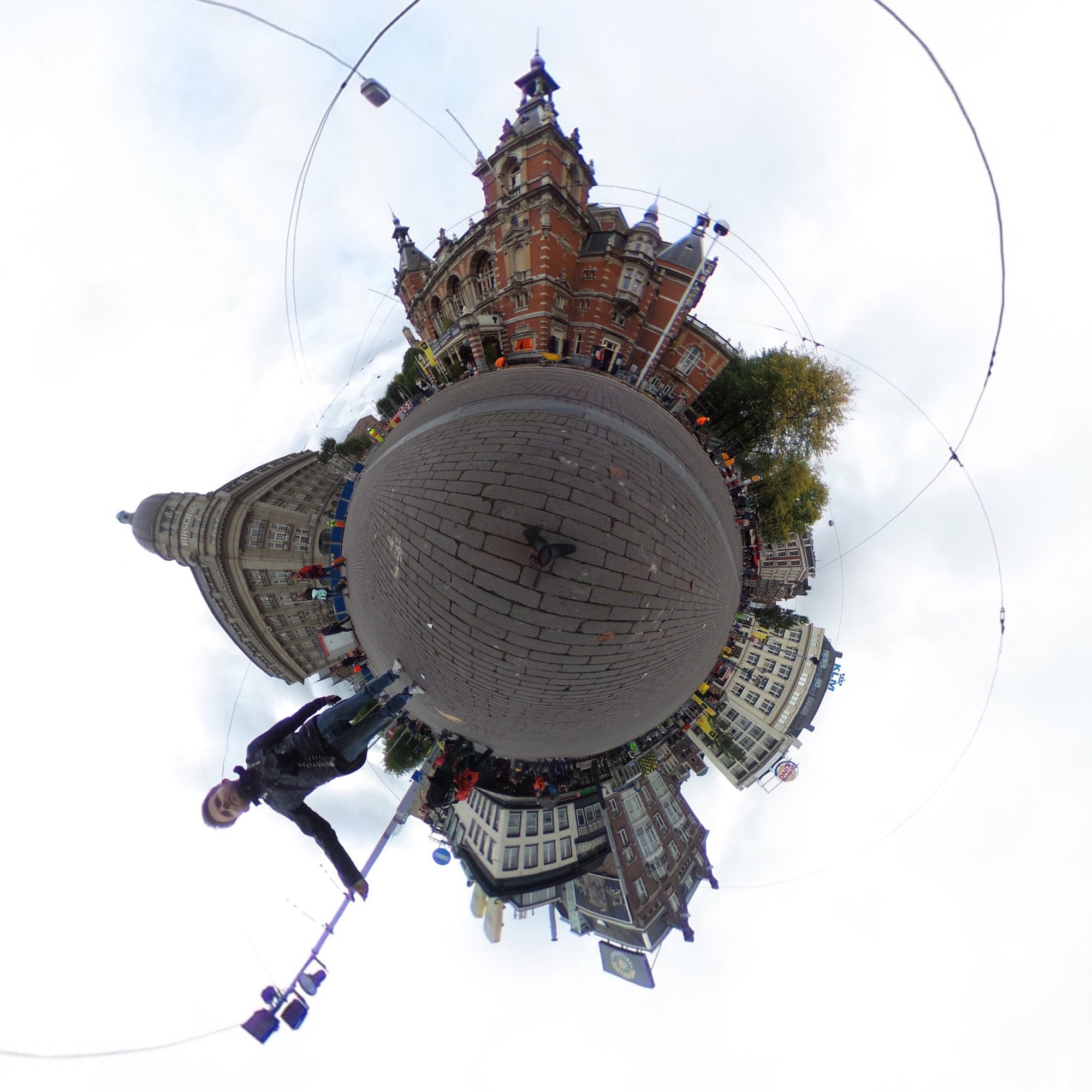 So do you think traveling, trading knowledge for experience is something you are going to do again soon?

Definitely! But next year I am going on a different trip. I saved up some money and I am taking my backpack to go traveling for a year. I want to use that time to create some stuff for myself, build out my camera skills and create content. The content that I am doing Ricoh is mainly entertaining. But what I want to create is content for people that just sits at home needs to be inspired to go see the world. So I hope I can inspire people to go out and really experience the cities. 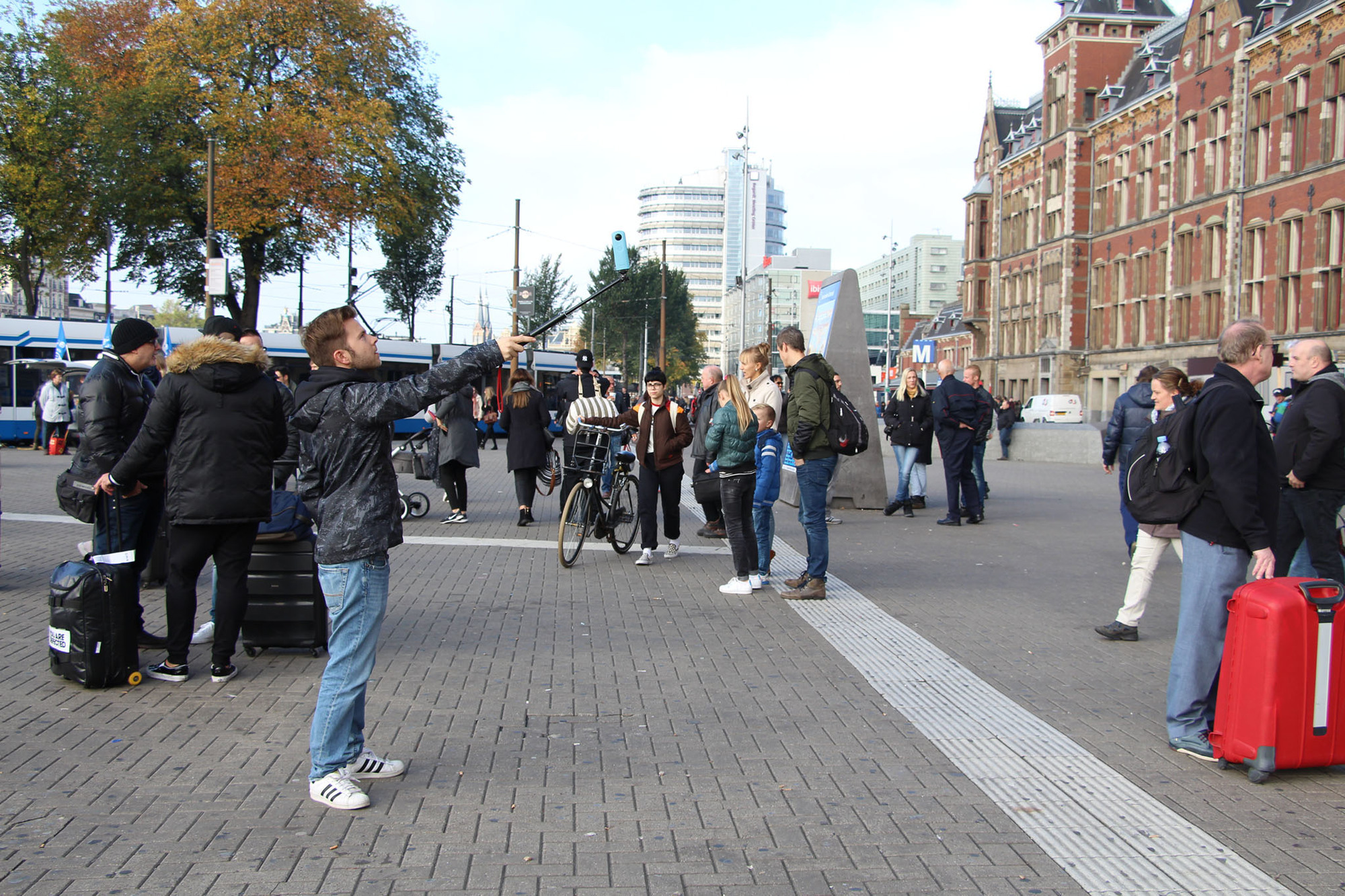 Thank you Michael for your time and to the Wanderbrief team for the opportunity.

We had Wanderbrief speaking at our A City Made By People event in Amsterdam. See the story here by founder Mark. Enjoy!