Rotterdam’s first ever street art route is a fact. As from Saturday 9th April you can book a guided tour via Rewriters or download the app and walk the route yourself.

The city of Rotterdam has a lot of talented street artists and some of them are even doing it very well internationally. Artists such as Lastplak, Eelco van den Berg, TelmoMiel and Ready2Rumbl are well known figures within and outside of Rotterdam.

In their own city they hardly get a chance to show their artworks on big murals. Dave Vanderheijden from Rewriters thought it was about time to give them a platform within their own city, in the public space, with a clear mission: to fight for the comeback of street art in Rotterdam. 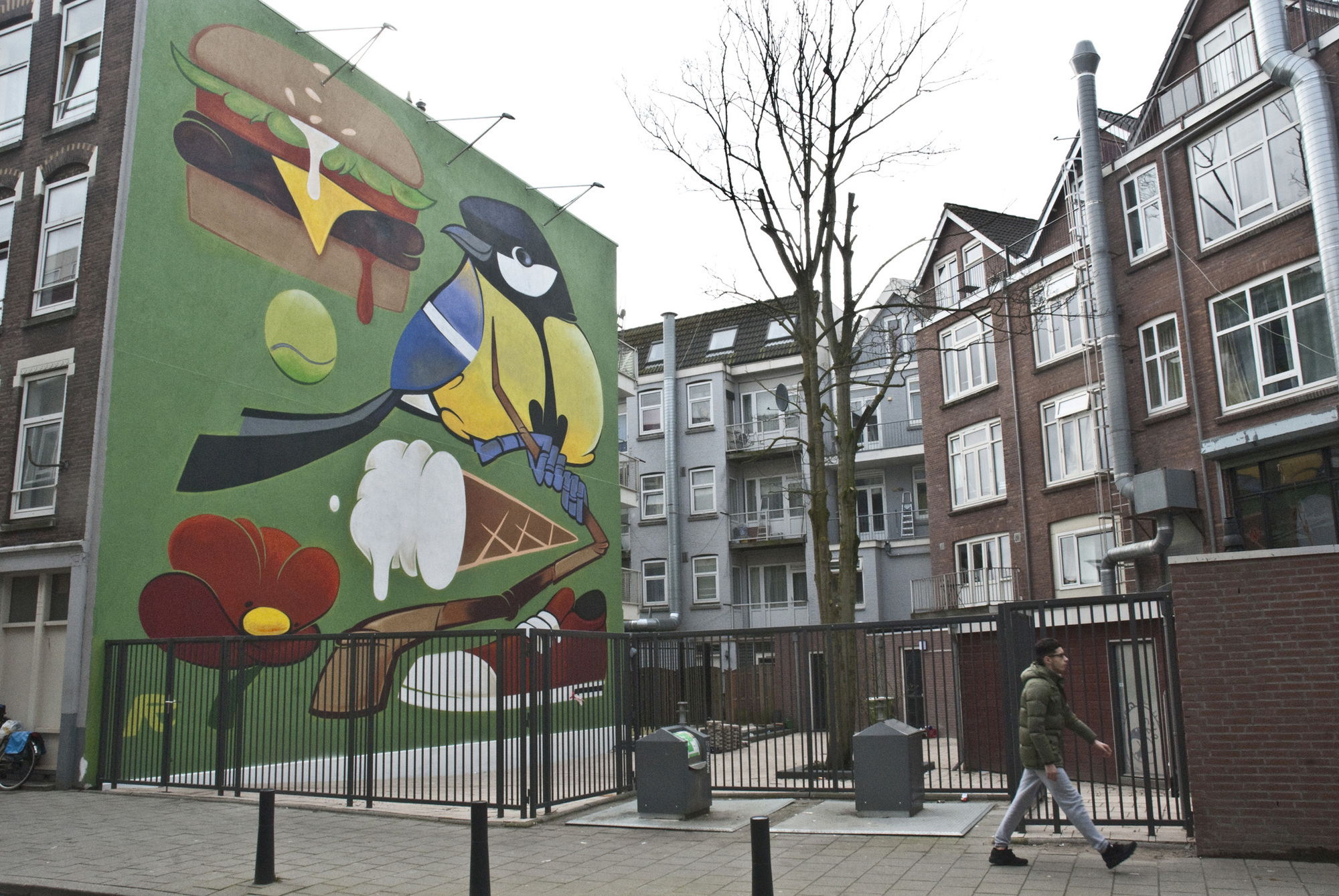 Rewriters is a project as part of platform Hiphop In Je Smoel, an online hiphop magazine founded by Dave Vanderheijden in 1999. Initially only with a music focus, they have made several documentaries and have organized festivals throughout the years. Seeing that street art and hiphop are closely connected, their new project Rewriters was born.

One and a half year ago Rewriters began with creating the first batch of mural artworks in Rotterdam. And it has been quite a journey to get there.

Dave Vanderheijden: “The city council and policymakers weren’t too keen on this project. They were afraid that this project would increase illegal graffiti. That is why we don’t use the term graffiti, but call it street art. That is when we noticed that those involved looked at it differently.” 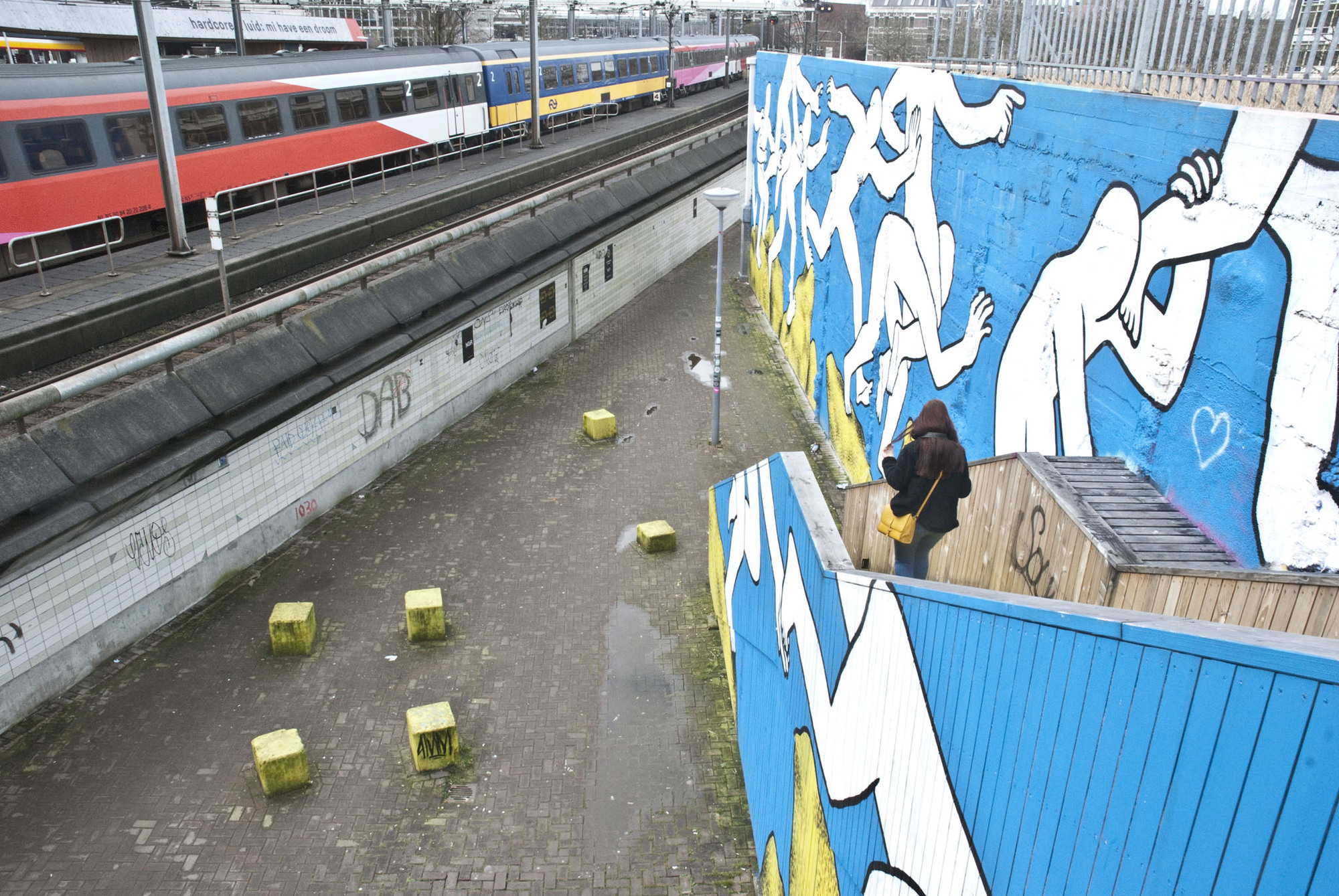 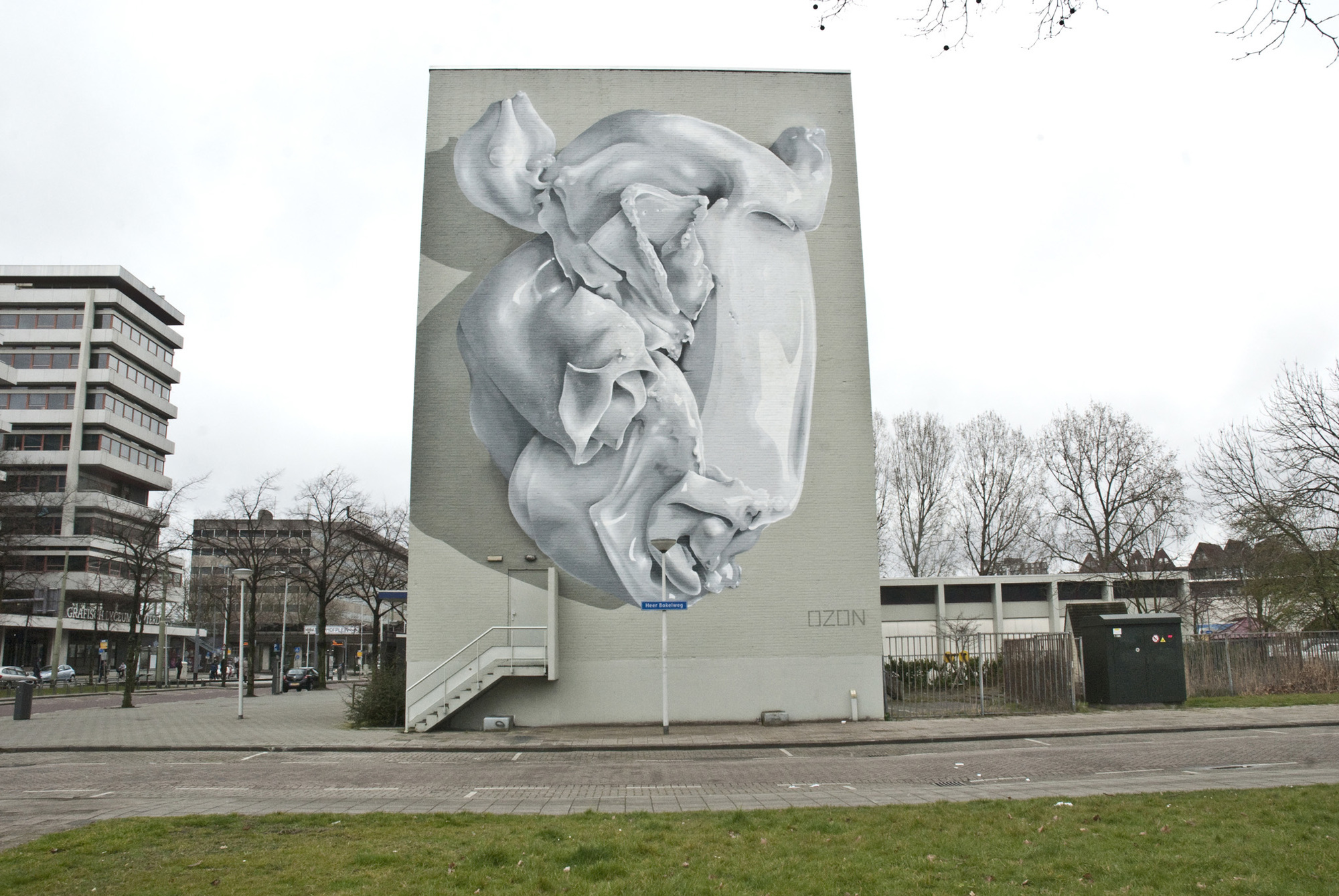 The evolution of Rotterdam street art

During this period of lobbying, artist Ozon was working on his mural artwork on a prominent place in the city.

Vanderheijden: “I regularly bumped into him when I had meetings. I asked him if we could use his mural artwork as an example, even though he had arranged everything all by himself. This has opened a lot of doors for us, as the decision makers finally saw what we were talking about.” 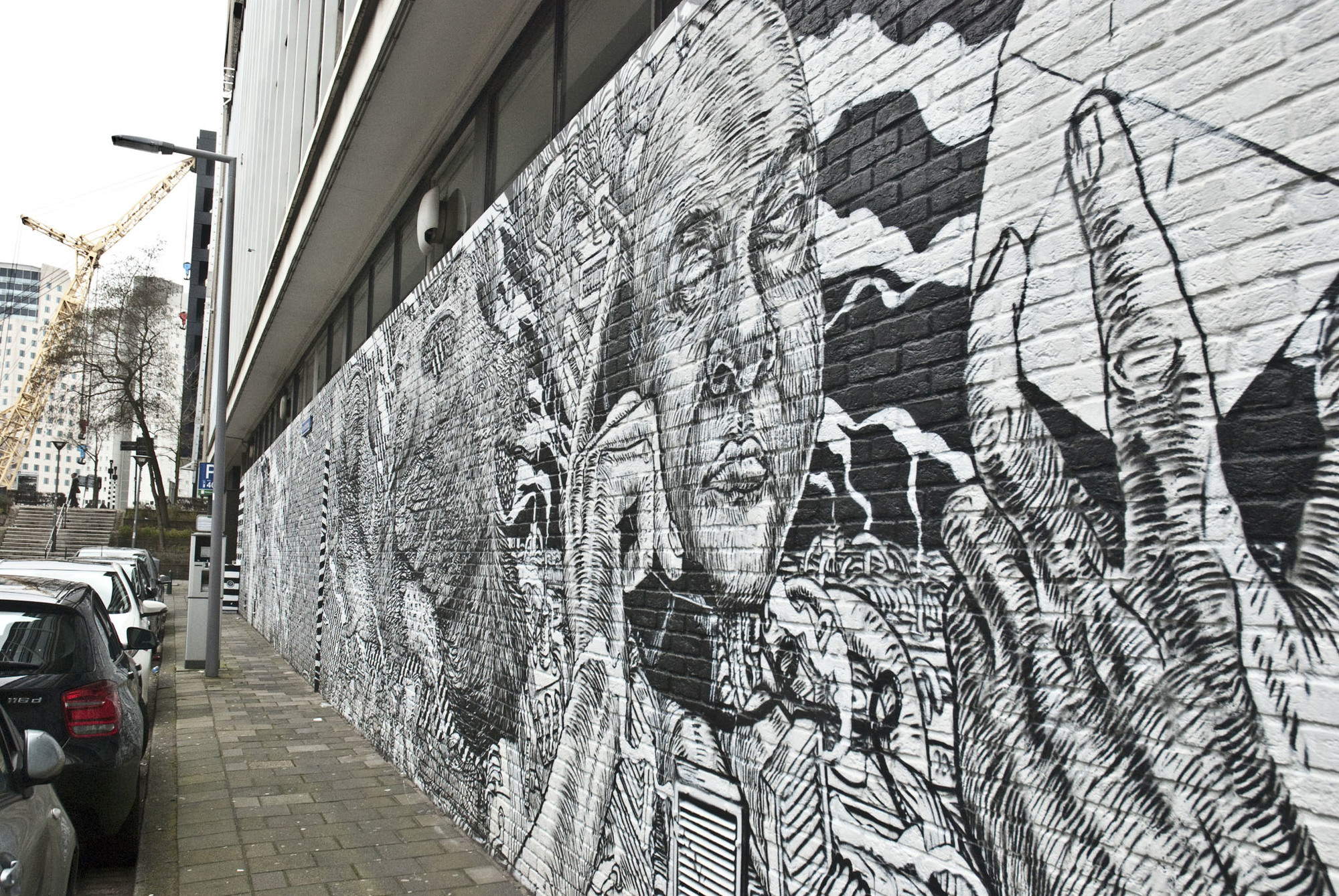 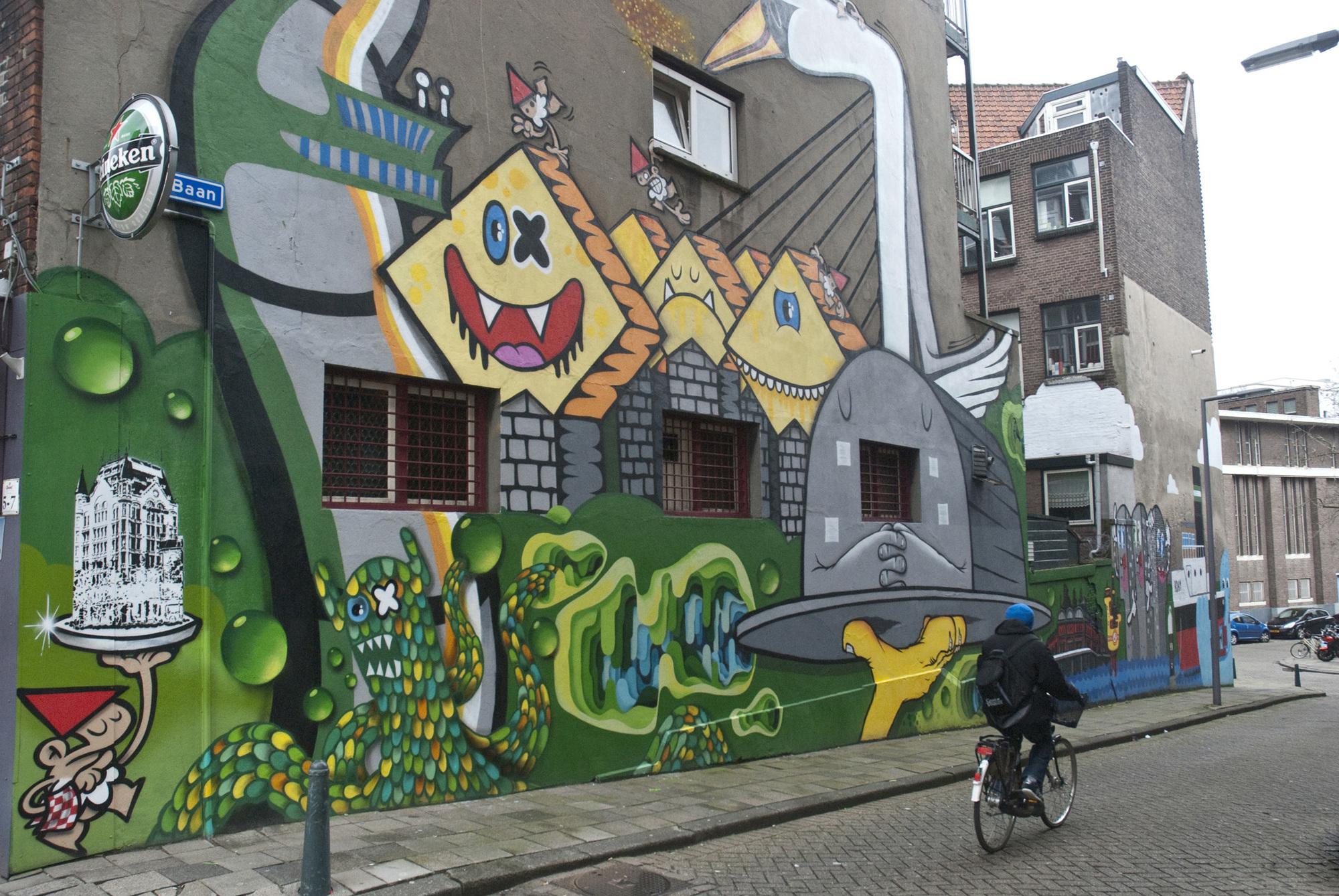 Time to start mapping the city

In 2009 there were already mural artworks created part of R.U.A., a project with Brazilian artists. Approximately 5 or 6 of their artworks are still there in the city centre. “We thought, why not create a route around it and complement it with Rotterdam based artists. Yes, let’s create a route,” so tells Vanderheijden. “We went looking for walls in the city that were on the route. This was something completely new for us. Some walls we managed to score within 2 weeks, others took us 6 months.”


"We want the public to ‘adopt’ this artwork and make them think that this really is their wall in town.”

Rotterdam has a great diversity of artists and that is what Rewriters shows with their street art route. One artwork is abstract and others are colorful, black/white or cartoonish. “We really wanted to show this diversity in art. When people walk this route, there will be at least one artwork they can appreciate. We want the public to ‘adopt’ this artwork and make them think that this really is their wall in town.”

So far 12 mural artworks have been created in the areas of West-Kruiskade, Baankwartier, Central District and Witte de Withstraat. 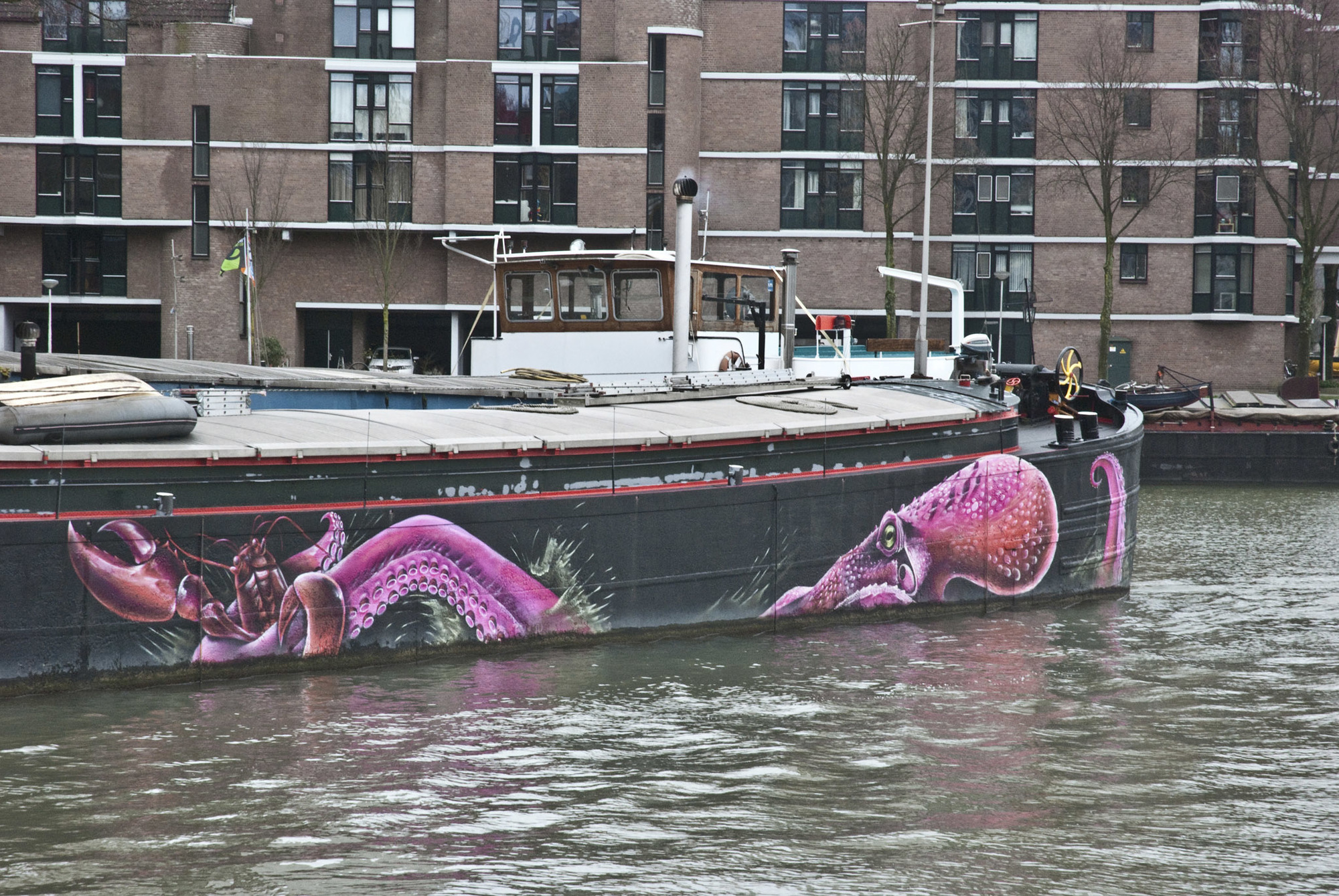 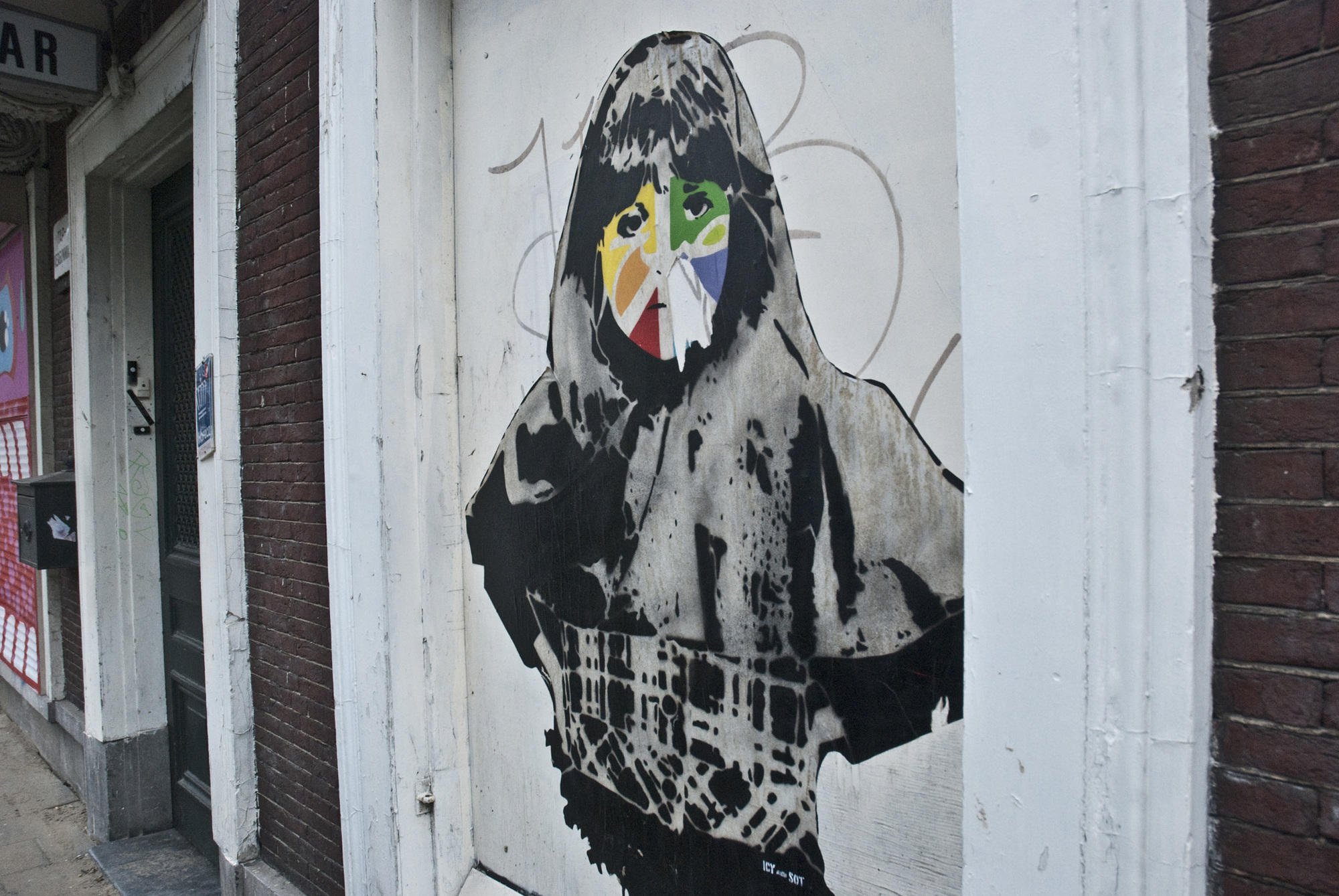 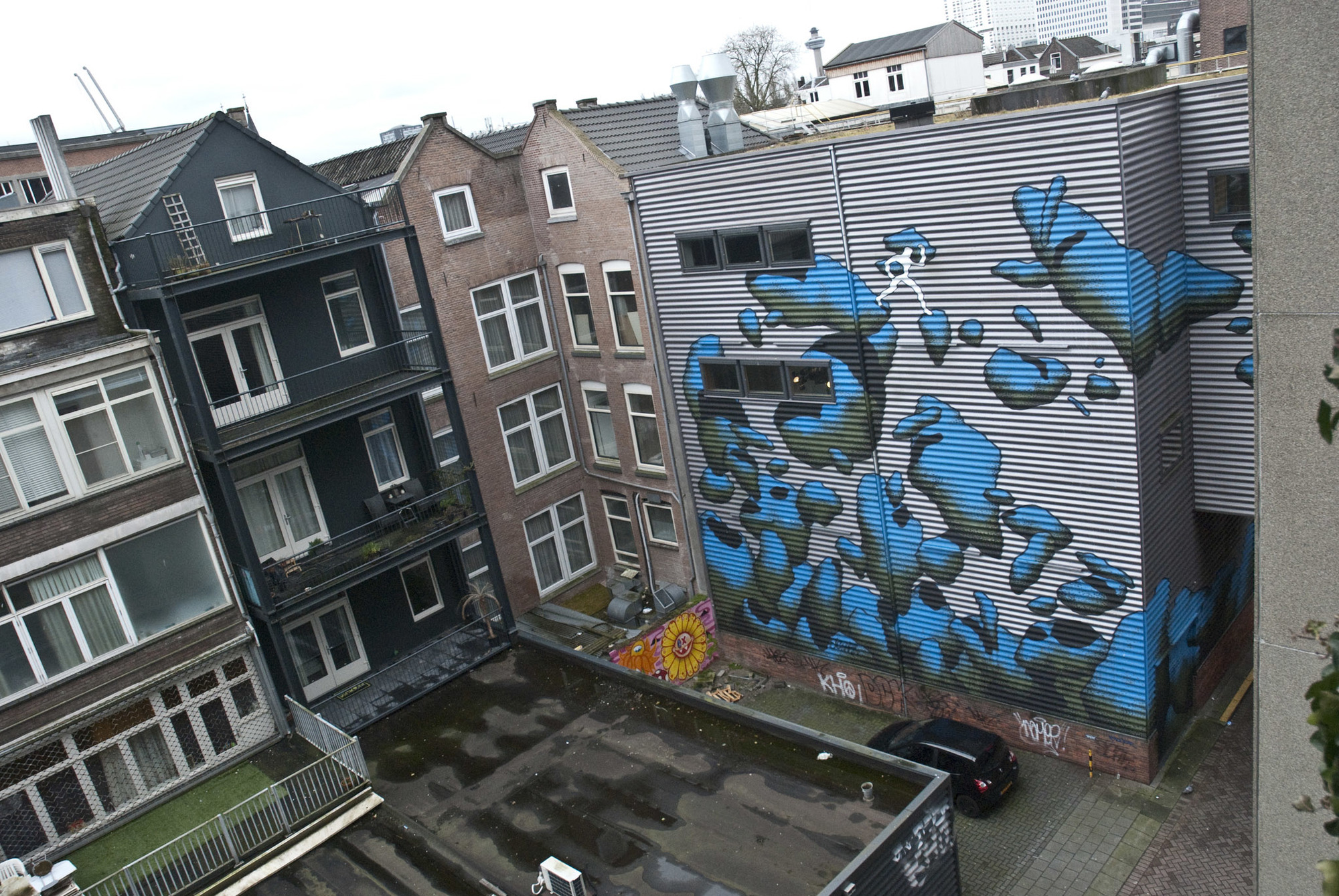 The city centre route is the main route, but in the near future Rewriters wants to extend to surrounding neighborhoods for smaller sub routes. So, you will be able to not only walk the main route, but also add an extra smaller route. Another mission is that of a legal wall for artists to practice on.

Rotterdam doesn’t have this yet. “It will take us some time to realize this and show the decision makers what we mean. Eventually we should be able to make this possible on the long run,“ says a positive Vanderheijden.

There are also plans for workshops at schools and adding more artworks and routes to the app. “We'll keep on going. If fellow citizens are enthusiastic about the artworks and project, then we don’t have a reason to stop. The artists are definitely ready to paint new mural artworks.” 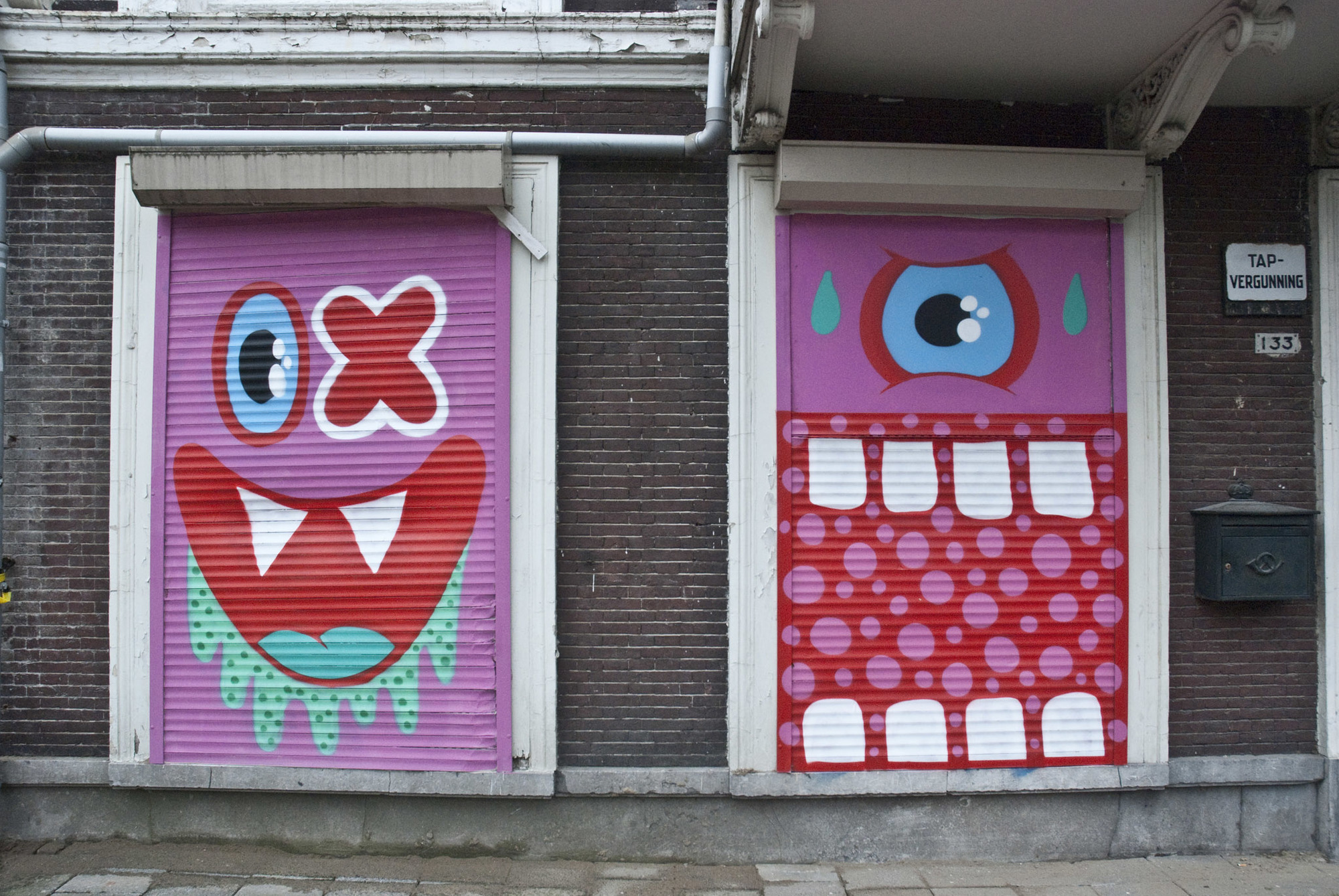 Rewriters created 12 mural artworks that you can find on walking distance from each other. From the 9th of April you can walk the route by yourself through using the app or book a guided tour for more stories and insights.