Rock the Garden - The Kick-Off to Summer in Minneapolis

Residents of Minneapolis celebrate summer to the fullest, clamoring to spend every waking moment outdoors soaking up the sun. There are no shortage of wonderful ways to enjoy the warmer months in the city. In fact, it seems that just about every weekend during the summer, there’s a block party or a street festival or an outdoor concert. But none quite compare to Rock the Garden.

Rock the Garden - hosted by local public radio station, The Current, and modern art museum, the Walker Art Center - has easily become Minneapolis’s most-popular music festival and the unofficial kick-off to summer (rivaled perhaps only by the day-long hip hop extravaganza, Soundset, which takes place every May just outside of the city limits). And with reason: there is always a fabulous mix of exciting local bands and crowd-pleasing nationally-known acts. Previous years’ headliners have included: Wilco, My Morning Jacket, Spoon, Modest Mouse, MGMT, and De La Soul.

This year’s lineup featured 8 great bands (3 of which were from Minneapolis): Plague Vendor, Grrrl Prty (featuring local hip hop phenom, Lizzo, whose star is rising at warp speed), Nathaniel Rateliff and the Night Sweats, Hippo Campus (whom we’ve written about before), M. Ward, Poliça, Chance the Rapper, and The Flaming Lips. 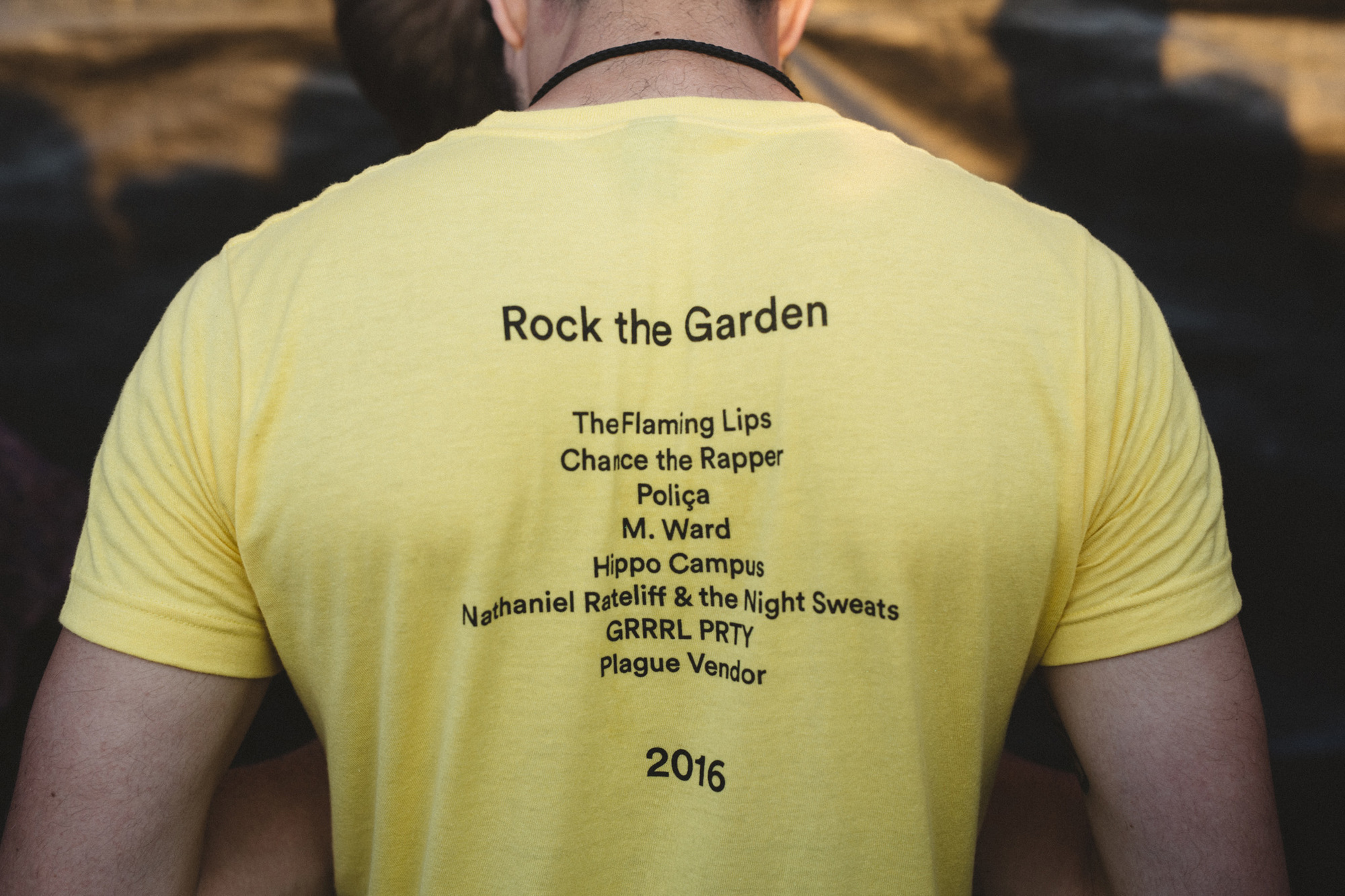 The festival took place at Boom Island Park on the banks of the Mississippi River - a temporary location change while the Walker Art Center’s Sculpture Garden is undergoing a facelift. The venue even allowed for people who hadn’t managed to score a sold-out ticket to hear the music from strategic vantage points outside the perimeter - along the Plymouth Avenue Bridge and in boats and kayaks on the river itself.

It was one of the hottest and most-humid days of the summer so far. Yet music fans waited patiently in exceedingly-long water lines and sought brief respite in scarce spots of shade. Despite the heat, the mood remained jovial and festive amid all 14,000 attendees.

The presence of two stages at Rock the Garden this year allowed for a swift pace to the concert with little to no lag time between acts. Yet no one’s set itself felt rushed and all 8 diverse bands truly had a chance to shine. 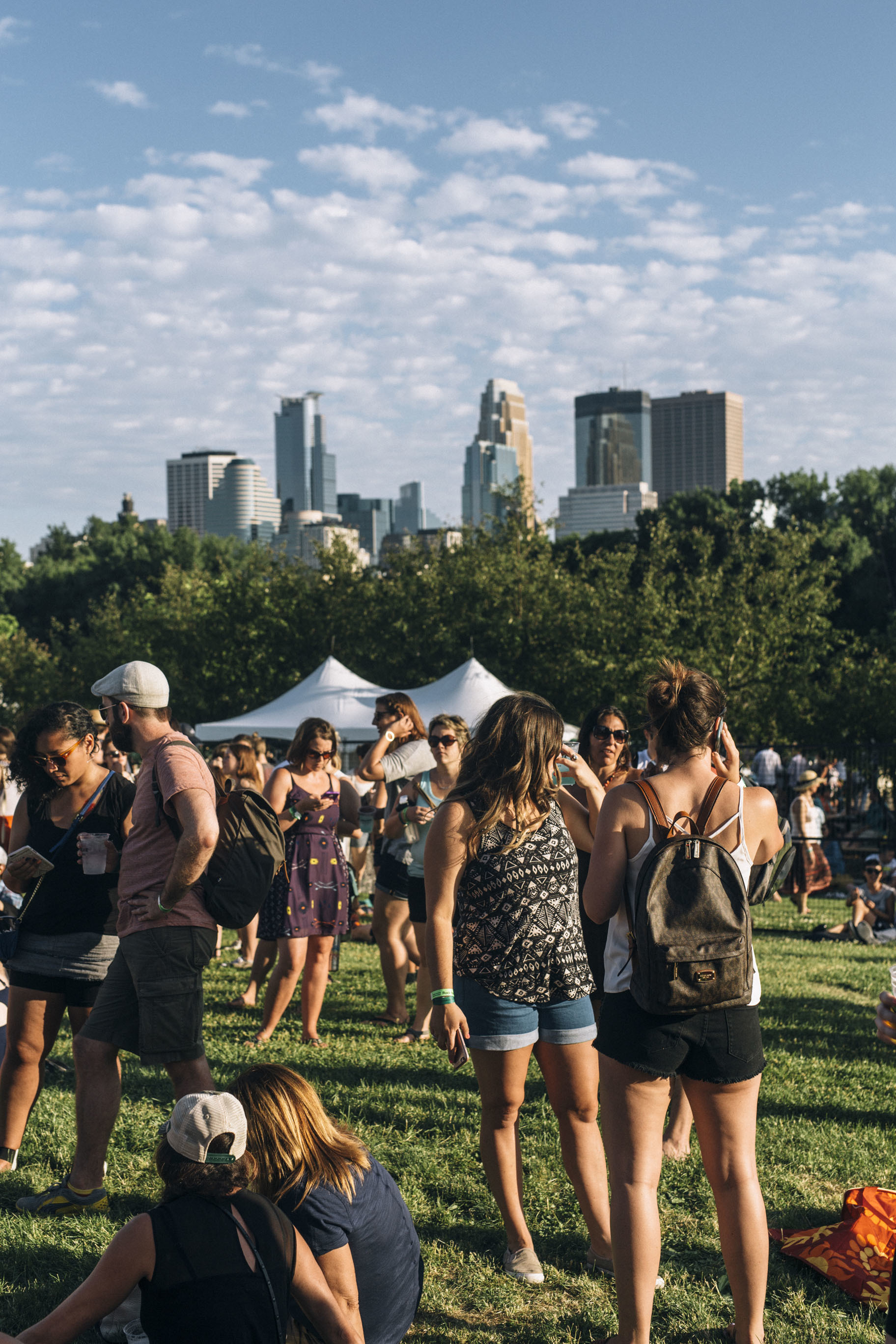 A beautiful venue for a concert set to the backdrop of the Minneapolis skyline.

Plague Vendor kicked off the day and set an enthusiastic tone for the event with their aggressive punk rock opening. Thrashing around the stage, they had everyone moving in a matter of seconds. 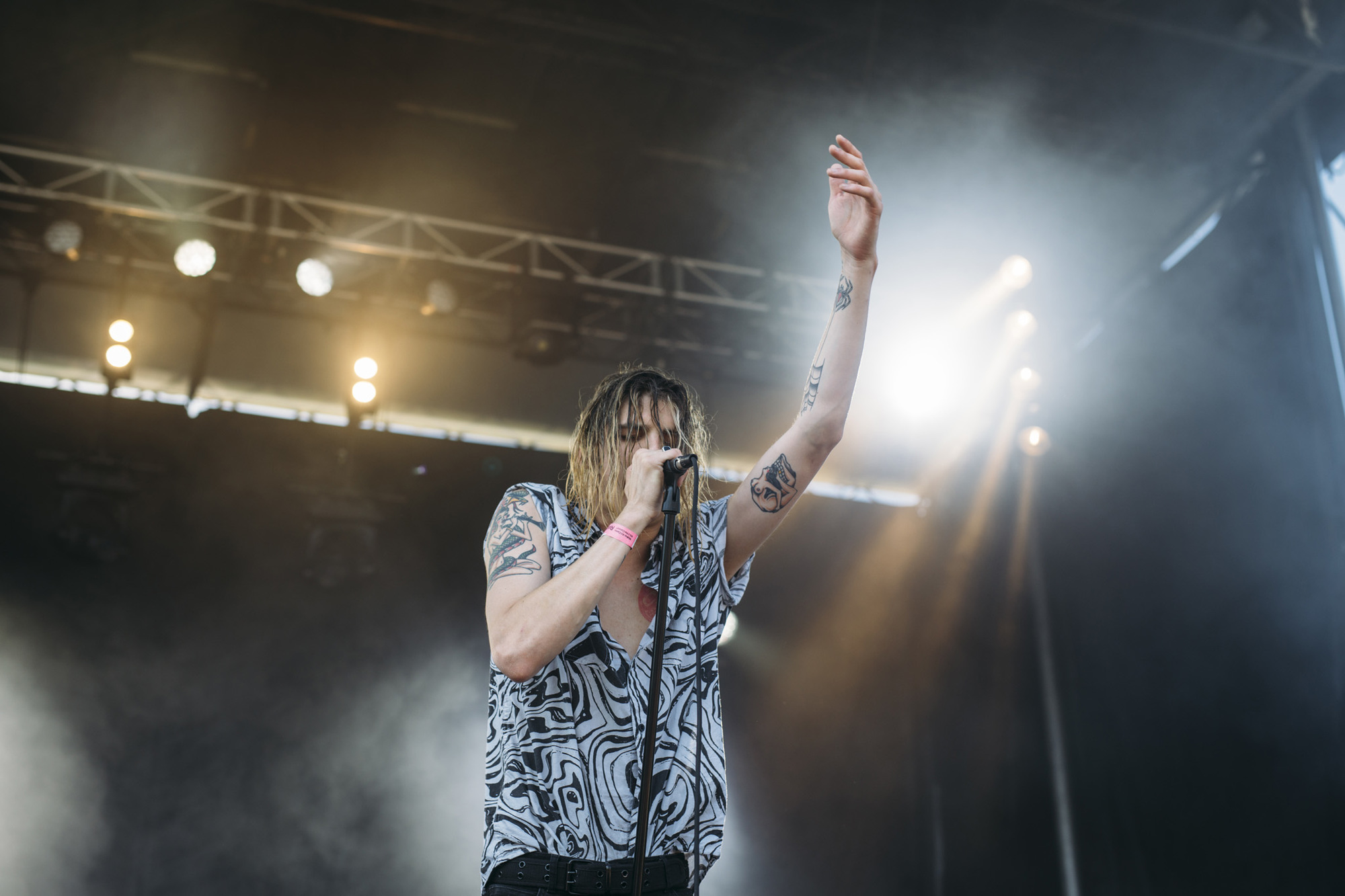 Local hip hop mavens, Grrrl Prty, played their final performance as a group at Rock the Garden. Their set was jam-packed with energy (they played 12 songs in just 30 minutes!), fierce messages of female empowerment, and a poignant discussion between songs about mental health awareness from MC La Manchita. 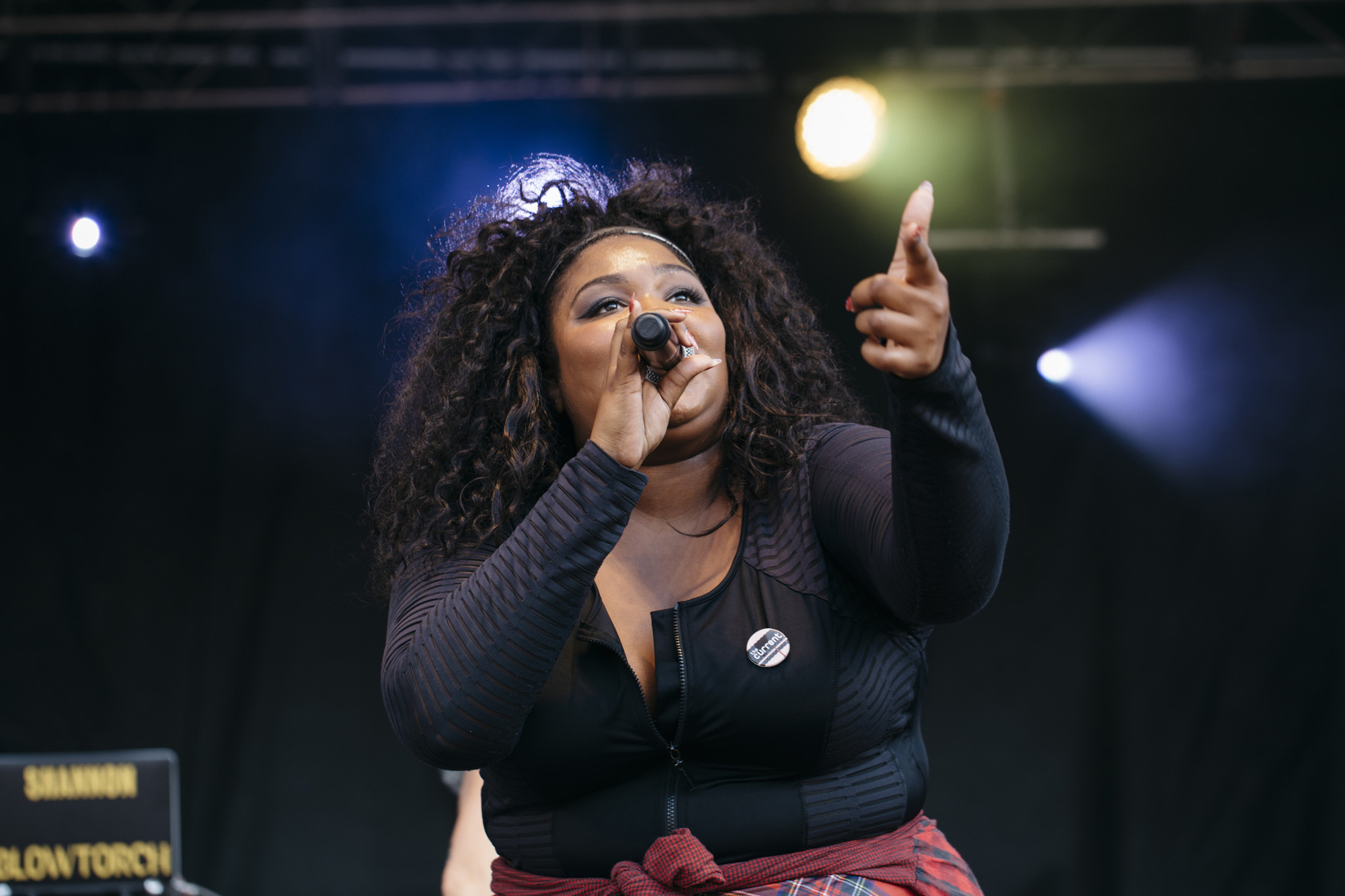 Next up came Nathaniel Rateliff and the Night Sweats who just last month played to a huge crowd at Northrup Auditorium. The band has been getting a lot of air time on The Current, so it was no surprise when the crowd joined in and sang every word of their hits like “S.O.B.” and “I Need Never Get Old.” 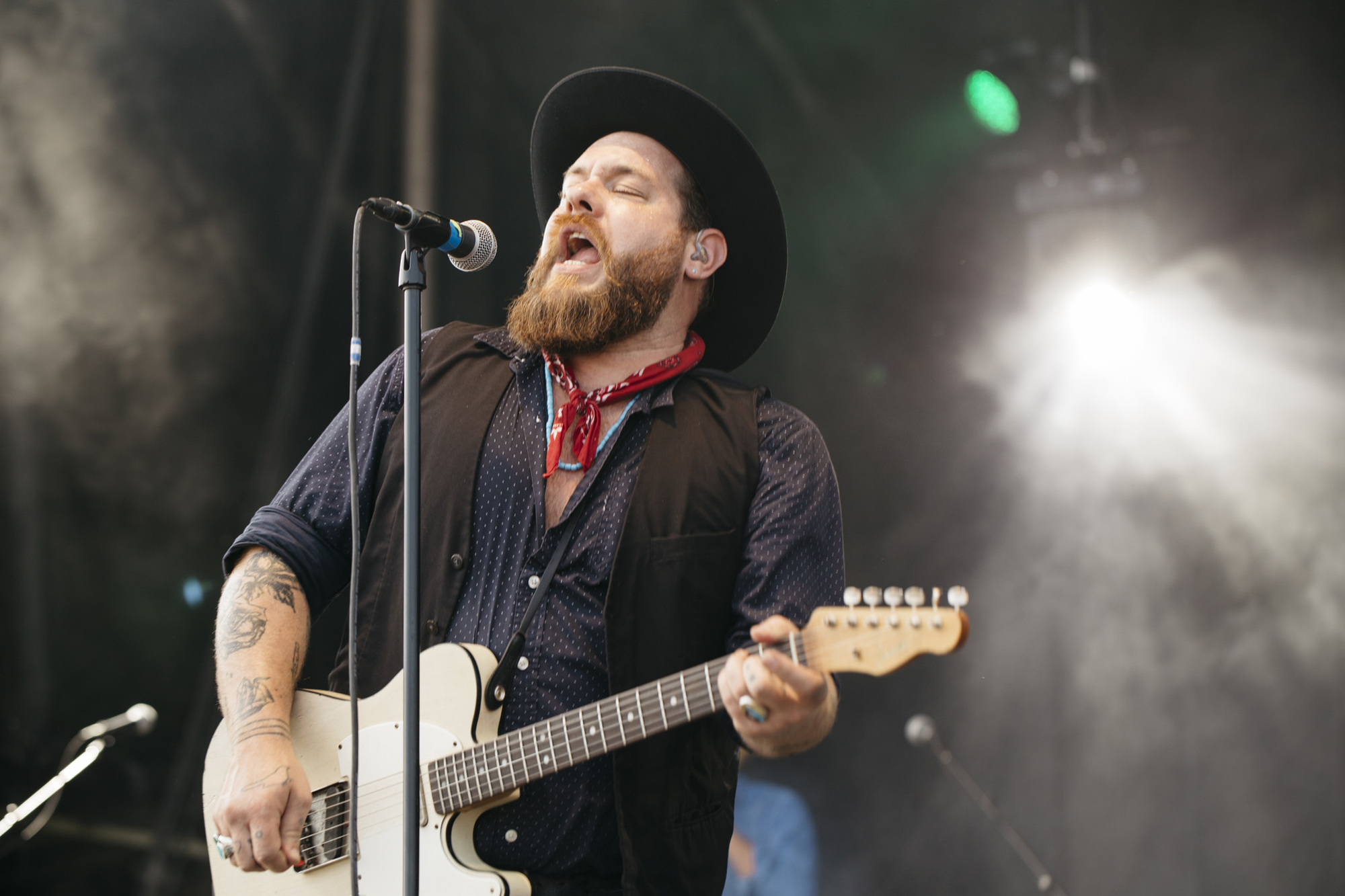 Local favorites, Hippo Campus, have been taking the indie rock world by storm, but they seemed so genuinely happy to be a part of this iconic Minneapolis festival. Frontman, Jake Luppen made the crowd go wild when he said, “it is amazing to be home right now.” 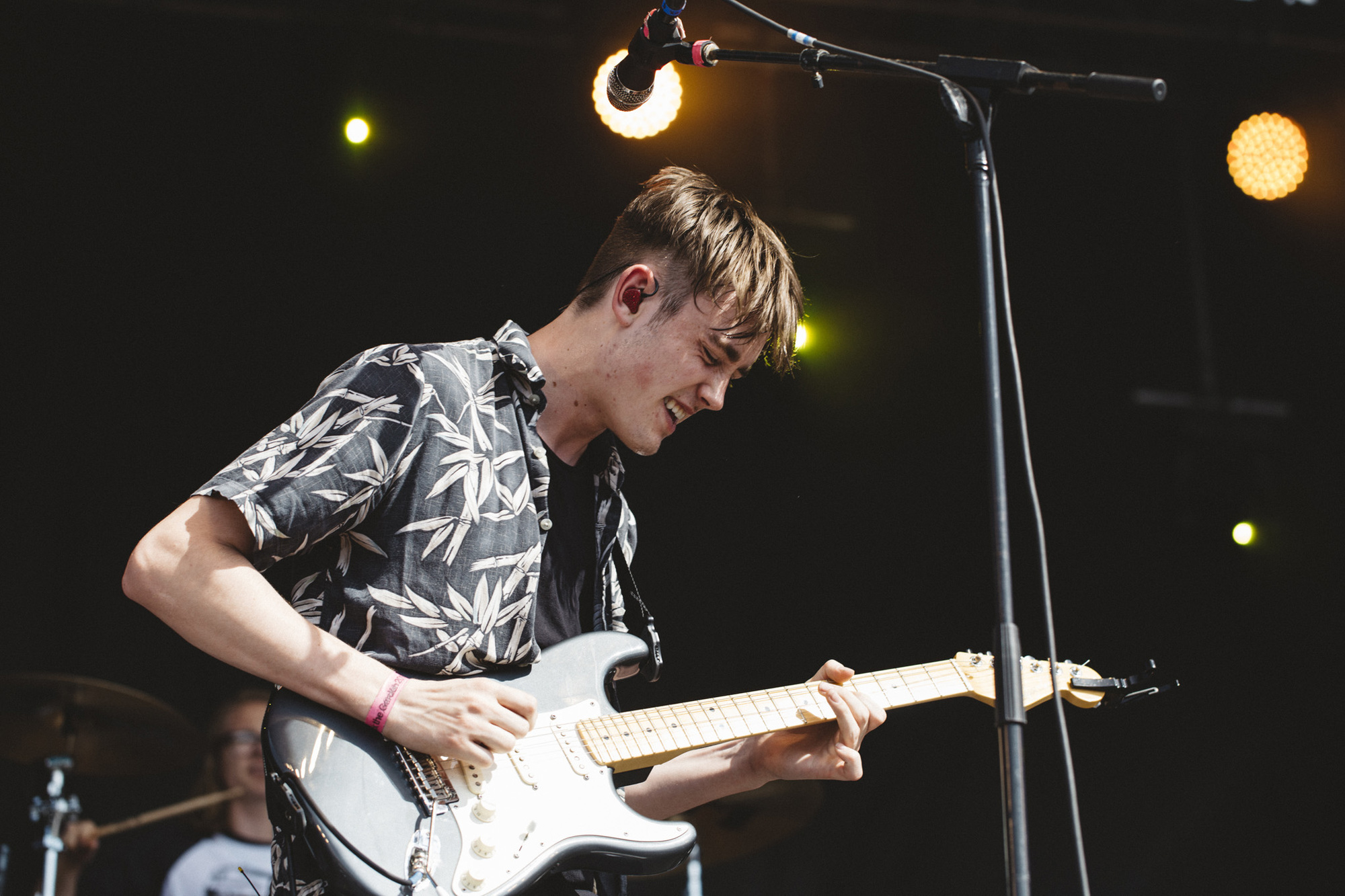 Concert-goers were treated to a brief break from the heat as the clouds rolled in for M. Ward’s dreamy, guitar-heavy performance during which he payed homage to Buddy Holly, Daniel Johnston, and Sir Paul McCartney who was celebrating a birthday that day. 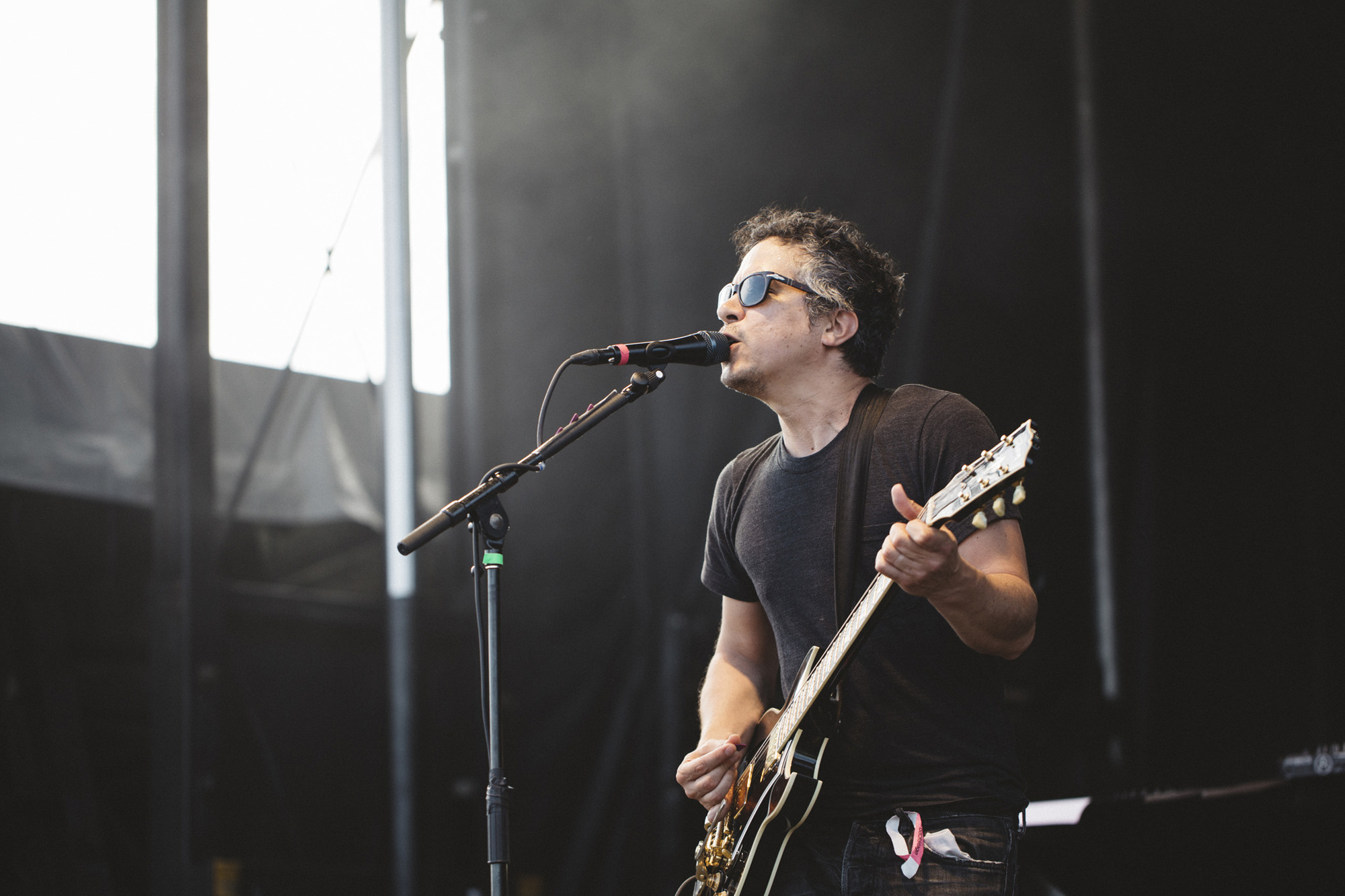 Rounding out the diverse offerings from our local musical talent was Poliça who dazzled the crowd with their dance-worthy electronic rock music carried by the ethereal voice of Channy Leaneagh. 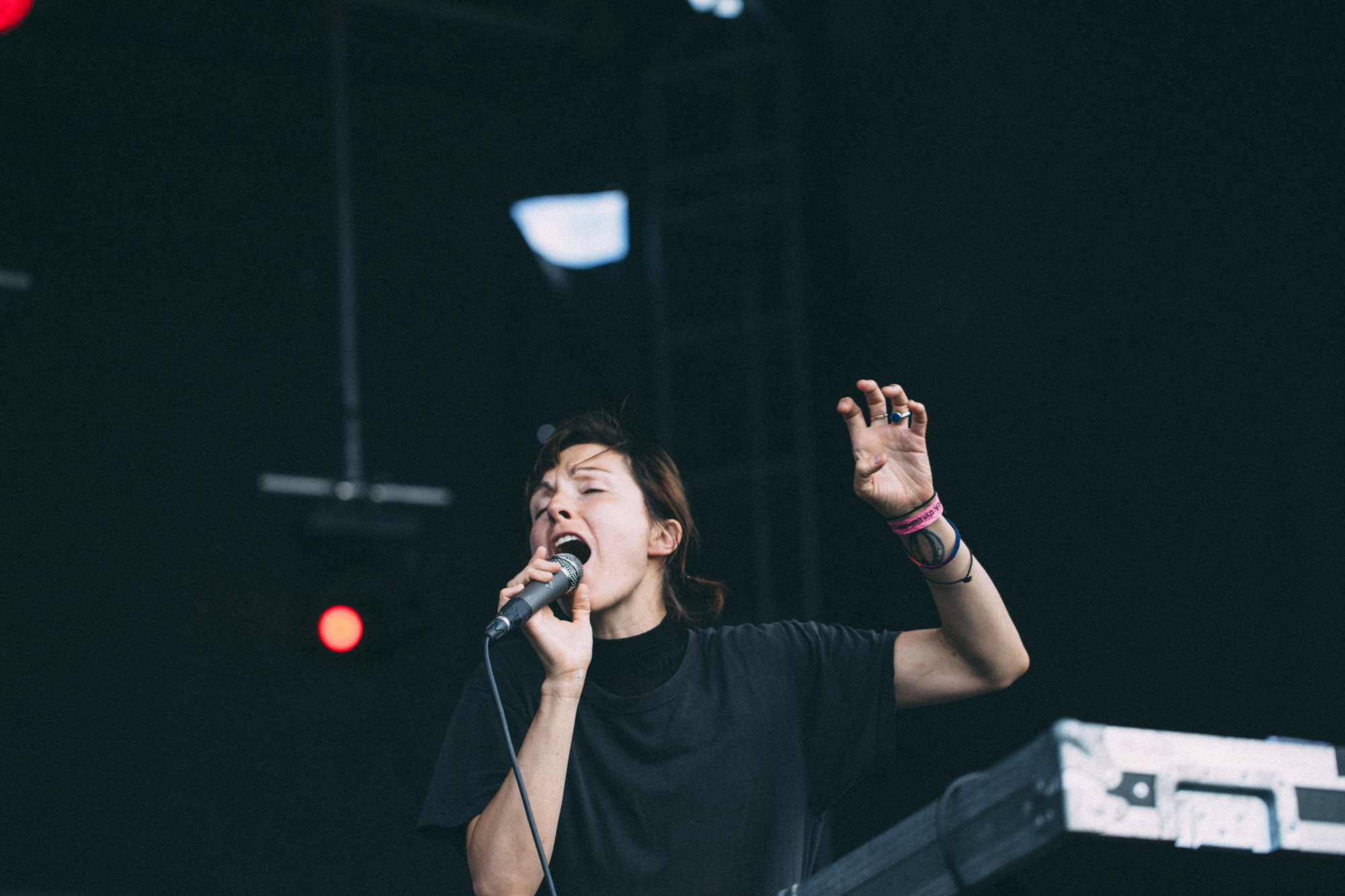 Perhaps the most-anticipated performance of the night (and the artist credited with the sold-out status of the show) was Chicago’s Chance the Rapper who remarked that he “had no idea it would be this much fun” and that he should return for a 10-show tour just in Minneapolis. He clearly felt the love from the adoring crowd and reciprocated with a performance that lived up to all the hype and then some. 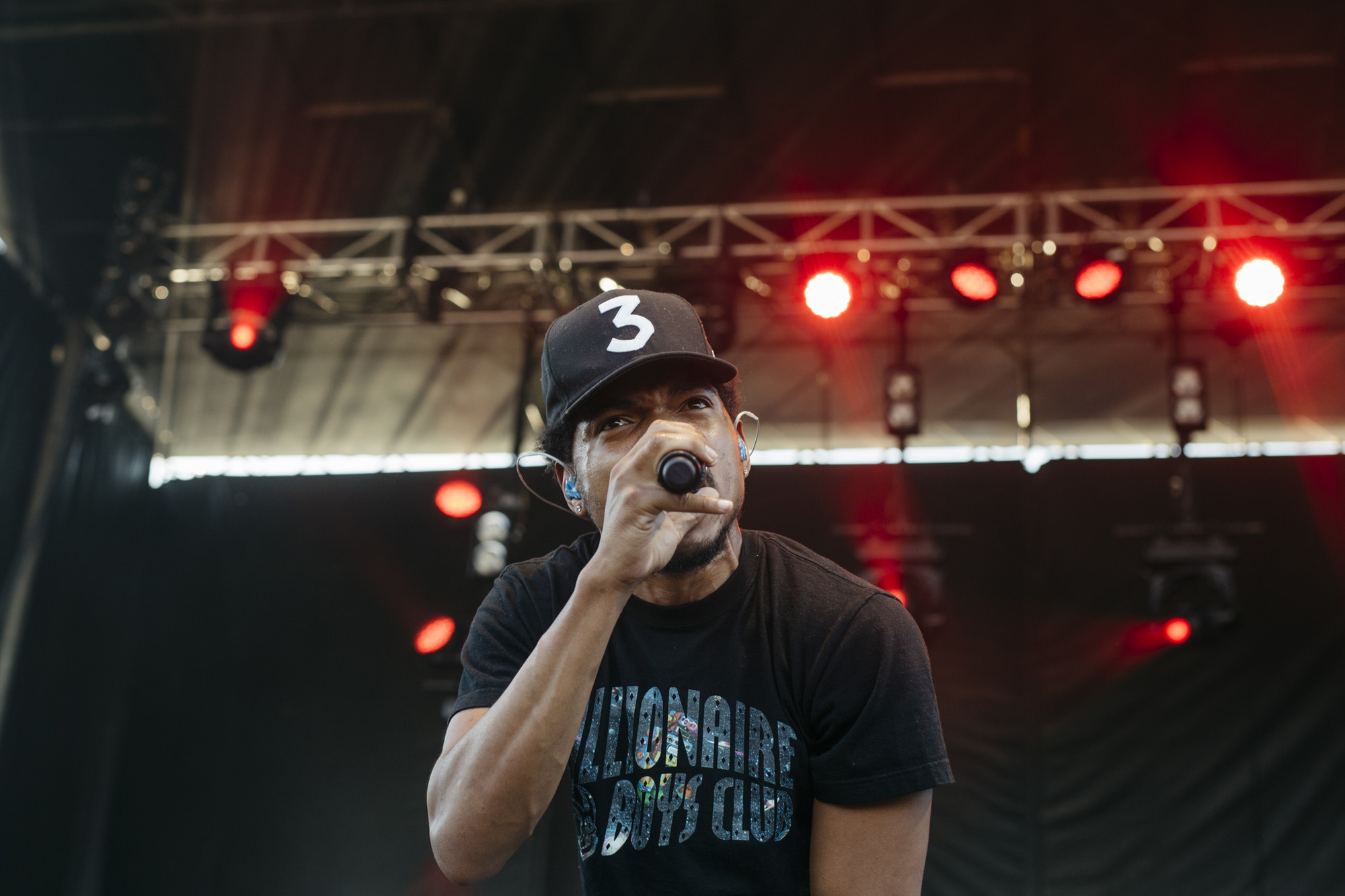 And last but not least were The Flaming Lips. A band who has stood the test of time and who knows how to dazzle a crowd during a live performance. A performance on this particular night that included confetti cannons, giant balloons, all sorts of theatrics, a rousing rendition of “Happy Birthday” to a 9-year old, tributes to both David Bowie and Prince, and - in the wake of the tragic mass shooting at an LGBT club in Orlando - a giant rainbow and the acknowledgment from Wayne Coyne that people come to festivals to escape their sadness and that this was “the perfect night to be optimistic and happy.” Indeed. 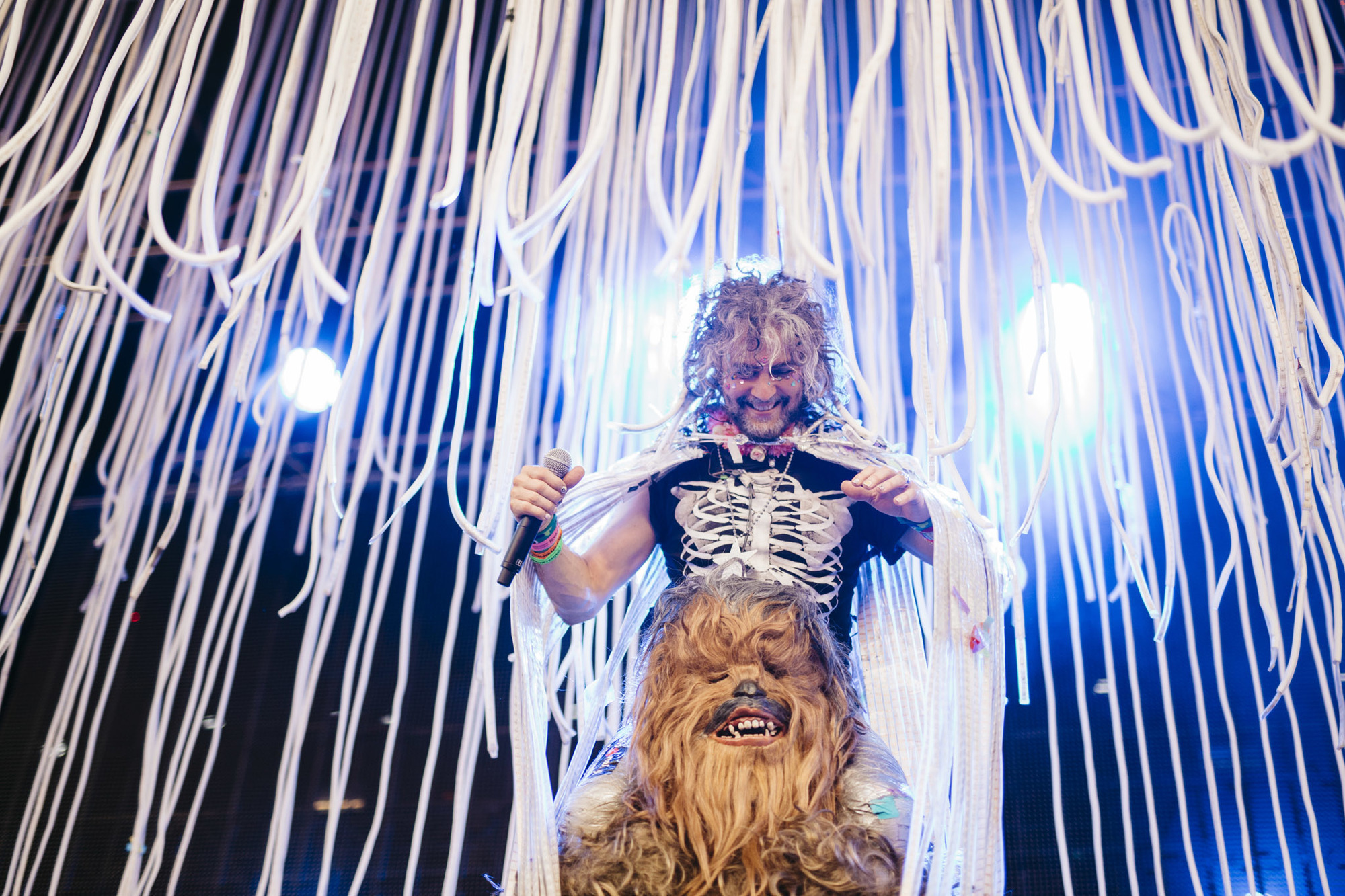 Rock the Garden set the bar pretty high for summer festivals in Minneapolis. If the rest of the events our city has to offer this summer are even half as fun as this one, sign me up. 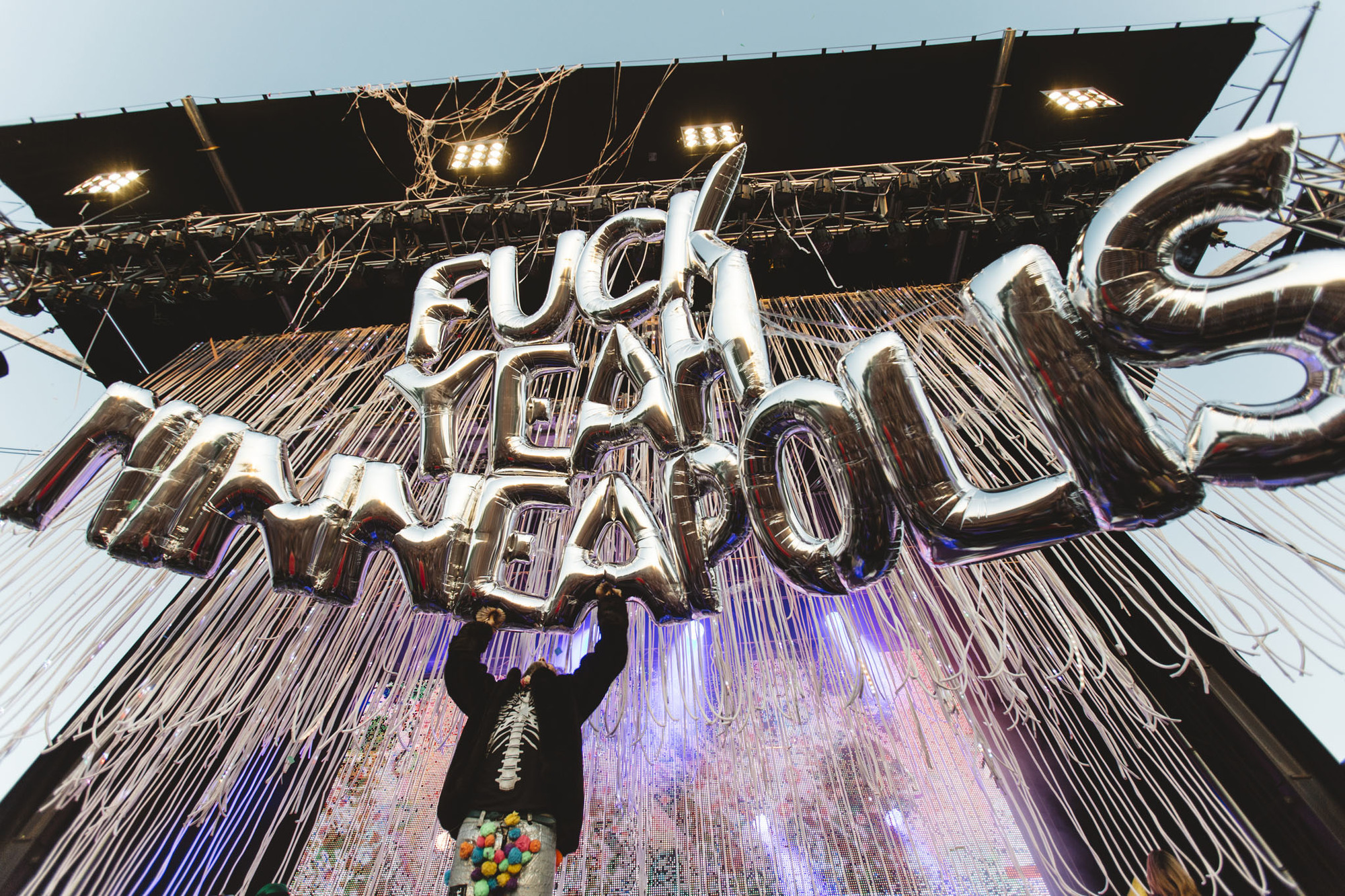 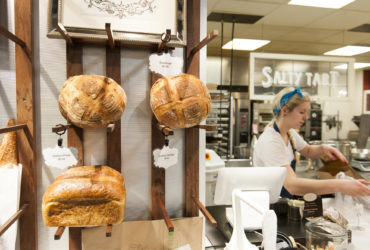 Midtown Global Market - Around the World Under One Roof 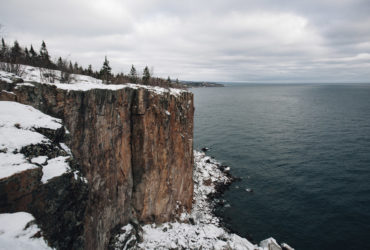 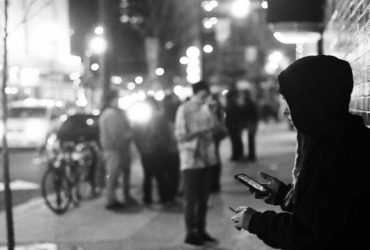