What’s blue, what’s borrowed, and most of all, what’s custom for a Romanian wedding in Bucharest?

Although some Princes Charming act like you rather live happily ever after with their horse instead, nowadays you can still find happy couples that seek happy endings together. And it happens that I know one: my friend Madalina and her husband, Lucian, who just got married this fall, in Bucharest. It was one of the most beautiful weddings I’ve ever been to and I think I caught some Romanian details to be told, as well.

But what’s blue, what’s borrowed, and most of all, what’s a custom for Romanian weddings, I’ll ask Madalina herself.

How much does marriage count for a Romanian couple, today?

Well, now this is a good question. And for sure I don’t have the right answer for it! I guess every person thinks different from another, so this is the reason why I tend to believe that couples nowadays are split into two categories: the ones where a family requires a marriage, and for sure there are also some of them who don’t care about a paper to tell them they’re a family. Although I have a slight impression that in the end, even those “paperless” couples will reach to a marriage stage. But that’s only me! 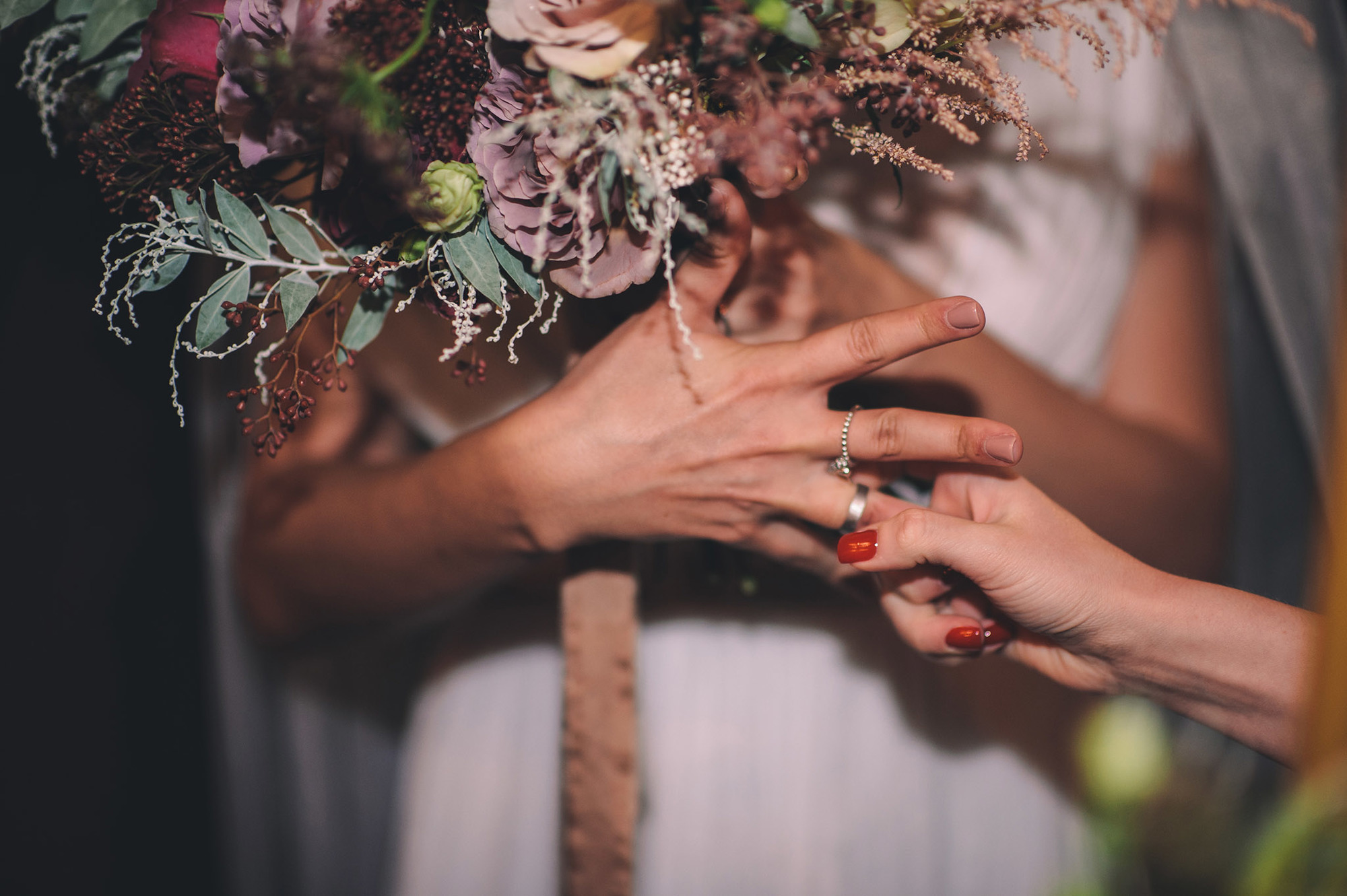 What was the most important thing you wanted for your marriage ceremony?

Hmm, hard to decide upon just one thing. But for sure the most important of them all was to have my grandparents with me on that day. And they were there for me, no matter what! 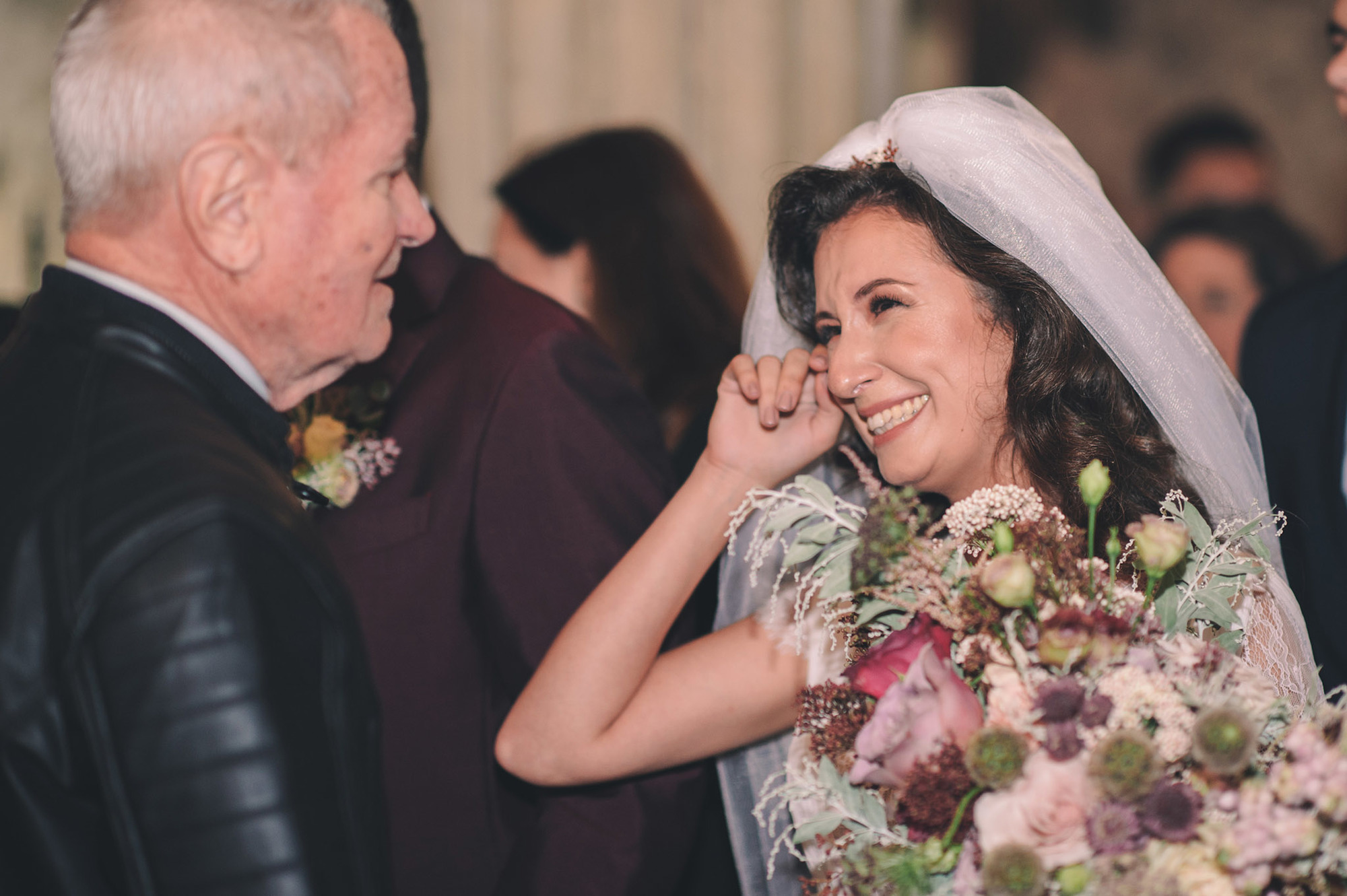 How did you mix Romanian customs with your own perspective on the wedding?

Well, now looking back on my wedding day, I don’t think I had so many Romanian customs. Only one pops up to my mind, and this is before departing for the religious service, when my godmother held some specific cake called “turta miresei” ( “bride’s cake”) above my head, after that throwing it to the persons around us. But to be honest, I do not know the signification of this tradition, and please don’t blame me for that. A godmother has to do what a godmother has to do! 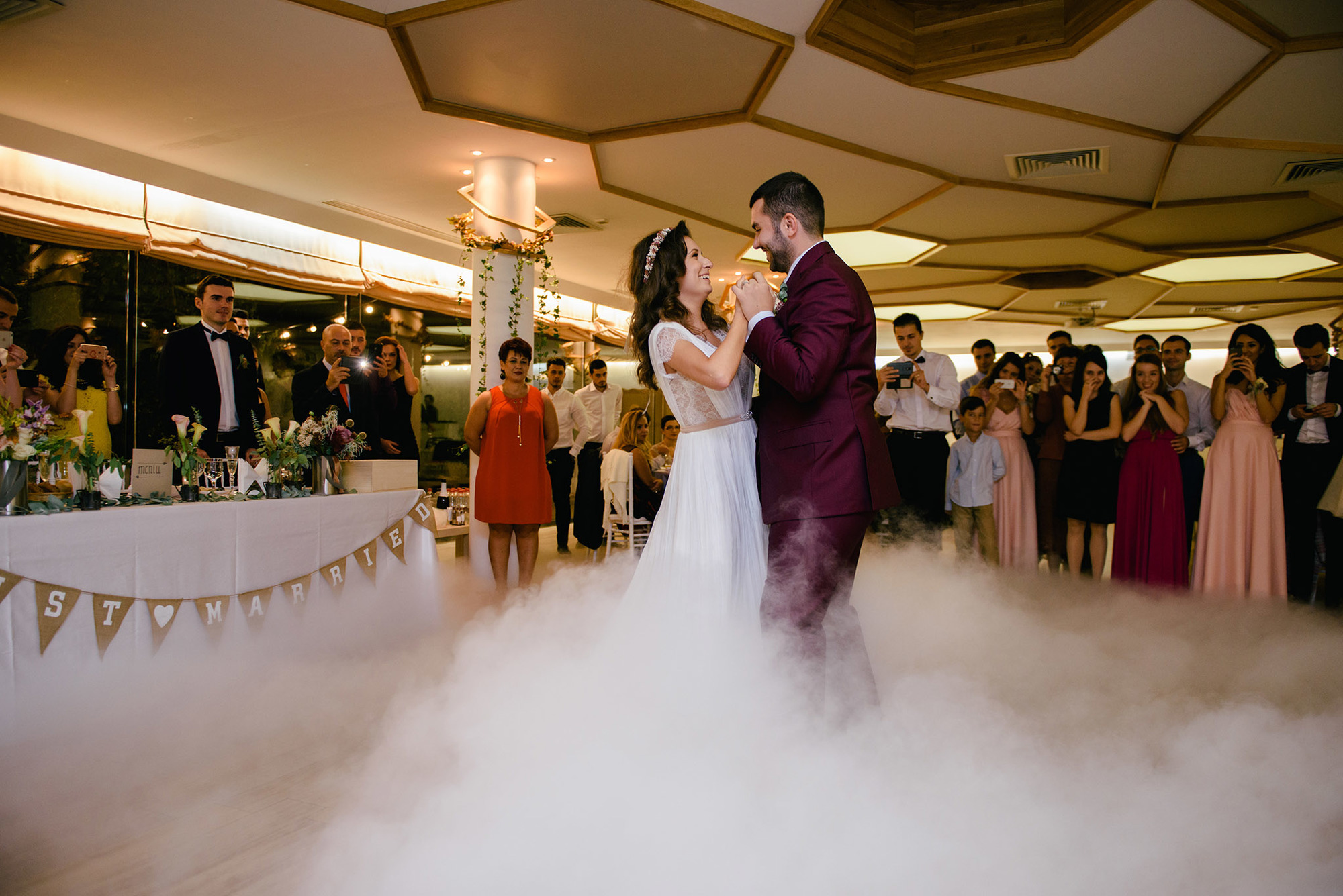 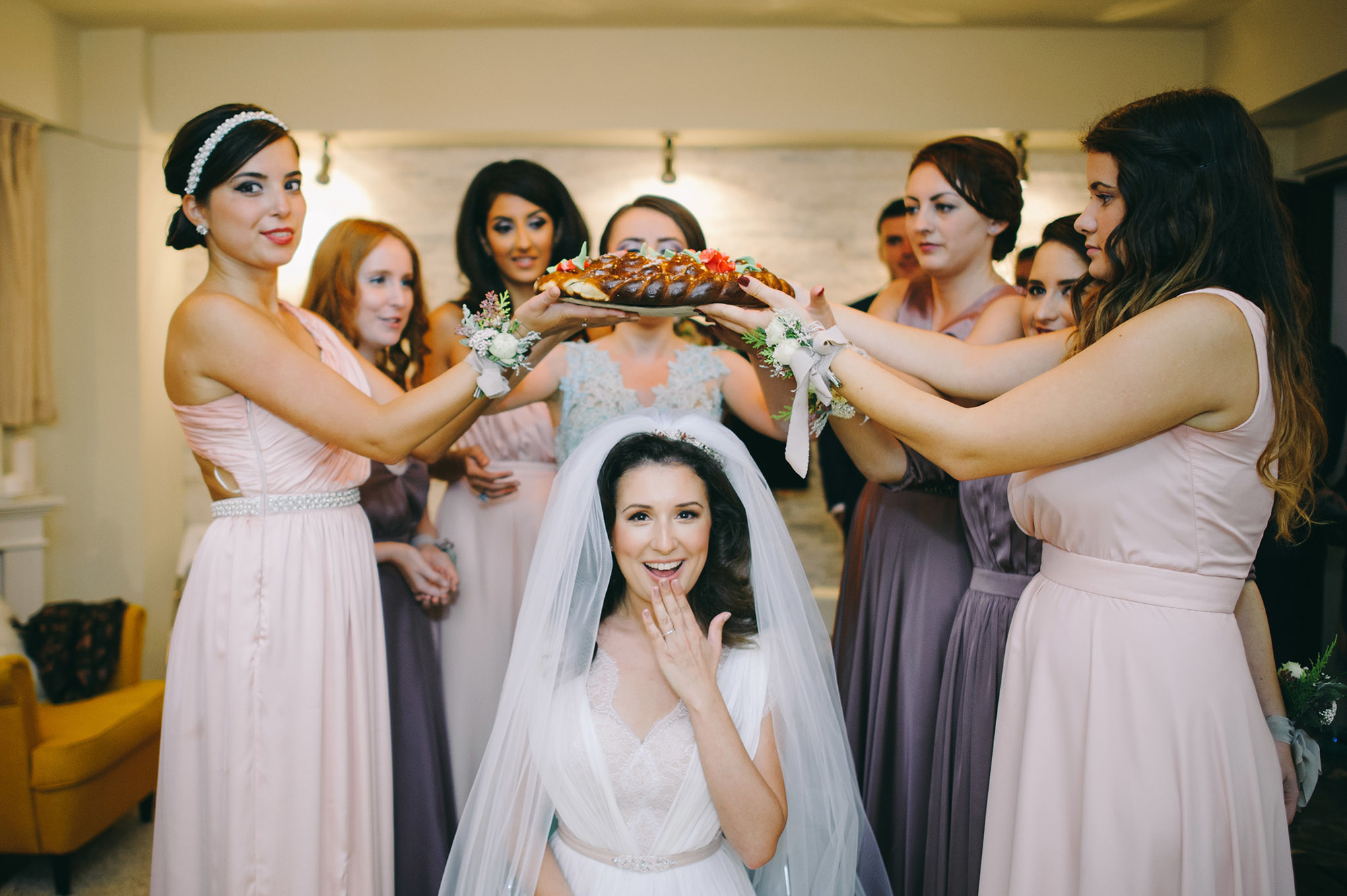 Did you keep any Romanian customs?

Only that custom with the bride’s cake being thrown to the attendees. Otherwise, I think there is another one to be mentioned, but I am not pretty sure it’s a Romanian tradition. After one of the girls catches the bride’s bouquet, the godmother removes from the bride the veil which covered her head and replaces it with a scarf (the bride looking somehow similar with the girl from that ad “we can do it”) and afterwards, the bride puts her removed veil on the head of the girl who had caught the bouquet. But in my case, I cheated a little and put it on the girl’s head whose godmother I am going to be this year.

I whisper: “Don’t forget about the kidnapping of the bride and bringing her to a club!” 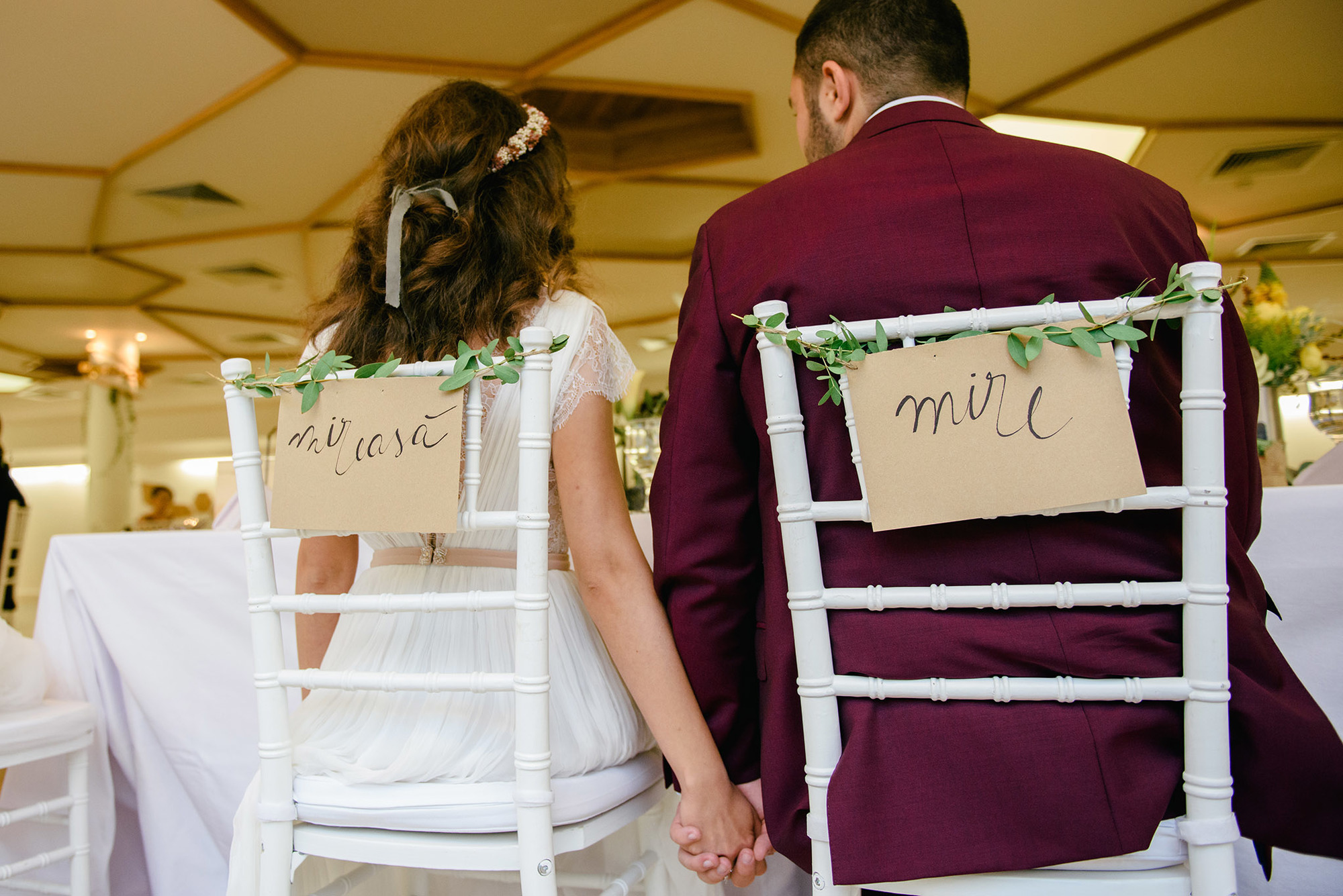 What roles do other people have during the wedding? The godparents, the family, the bridesmaids?

Long story short, the Romanian tradition says that the godparents have to pay for the religious service, the flowery candles that are lighted up in the church during the ceremony, a mirror that the bride will use while getting ready, as well as for the bride’s veil. They have to be on the right and on the left of the married couple during the religious service and actually put the rings on the bride and groom’s fingers (weird, right?) Not to mention that the godparents have to be represented by a couple who is already religiously married, as well as they have to be orthodox. The family can be around ‘’ the soon to be wed‘’ while they are getting ready, but this is not compulsory. And the bridesmaids, they have to help the bride getting ready and look pretty for the photos! 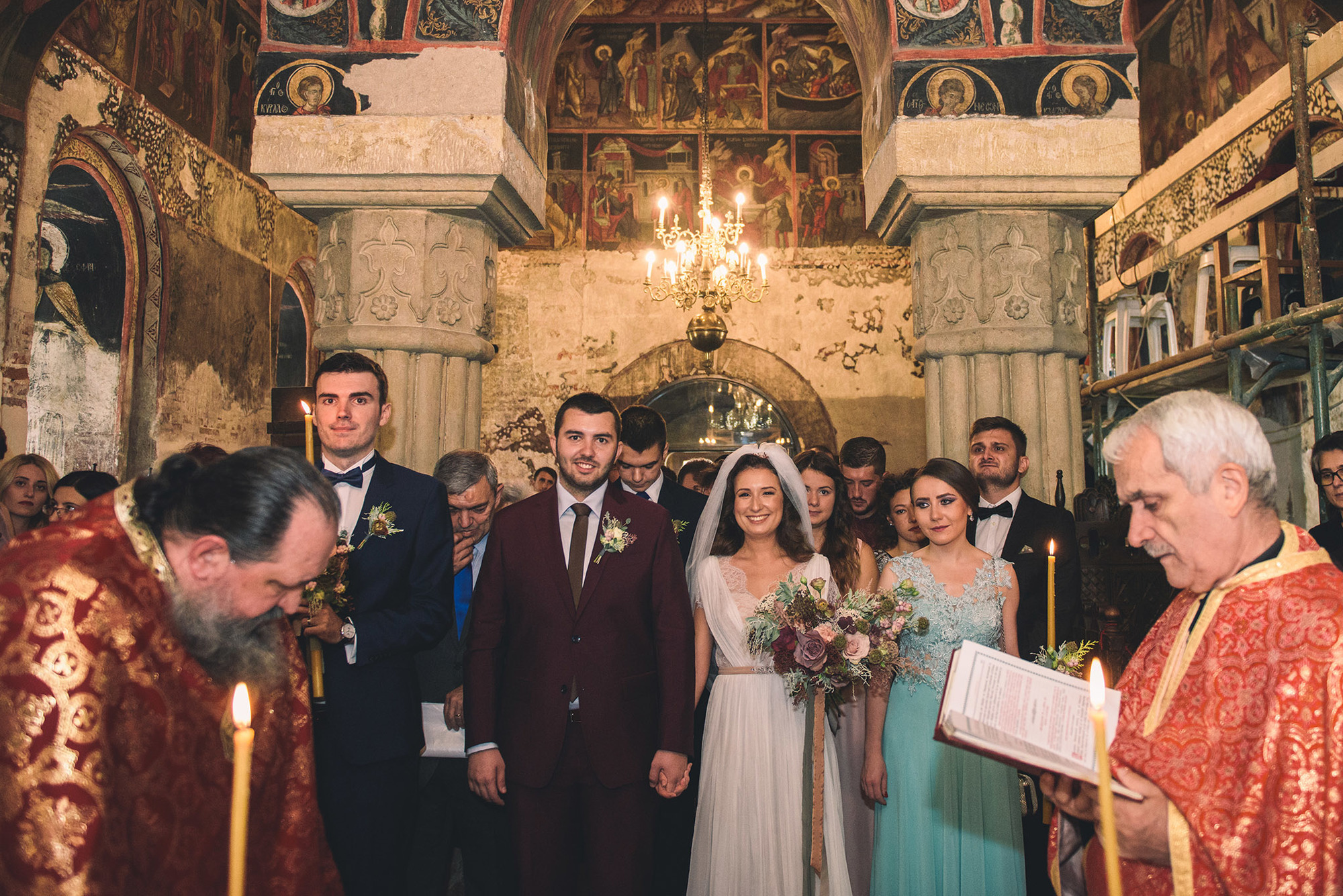 Did you serve any Romanian traditional food at your wedding?

The only traditional dish that we had was represented by “sarmale cu mamaliga”, which is to say some rolled meat sticks wrapped in pickled cabbage with polenta, also usually eaten with sour cream and hot pepper.

Are there any post-wedding traditions?

I know that the next day, the newlyweds have to organise what is called “ciorba de potroace” (the giblets soup), where almost everyone is invited to sit around the table again, during lunch time, and eat a sour soup meant to wake them up from the hangover. But I guess that this tradition is not that common anymore in Bucharest, but mostly in province. 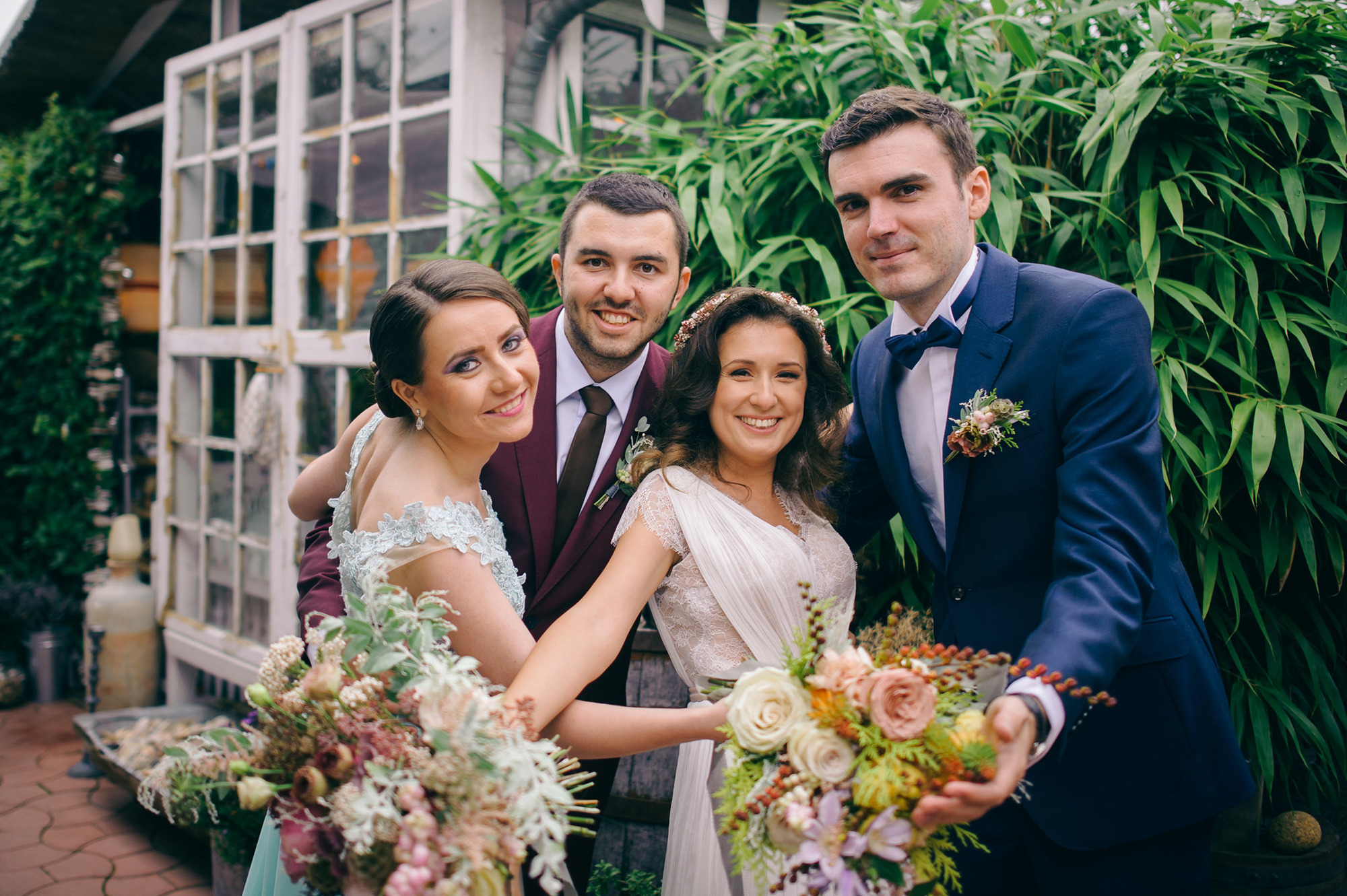 What do you think is the secret of a healthy marriage?

LOVE, respect and understanding. And, of course, a healthy dose of humour every day!

Madalina and Lucian had a wonderful honeymoon right after their wedding, which enriched their memories and blessed their path together. I feel so happy for them and each time I see their photos, I remember those special moments even the marriage sceptical enjoyed. Who knows, maybe I’ll come back with an article on Romanian bapthism... 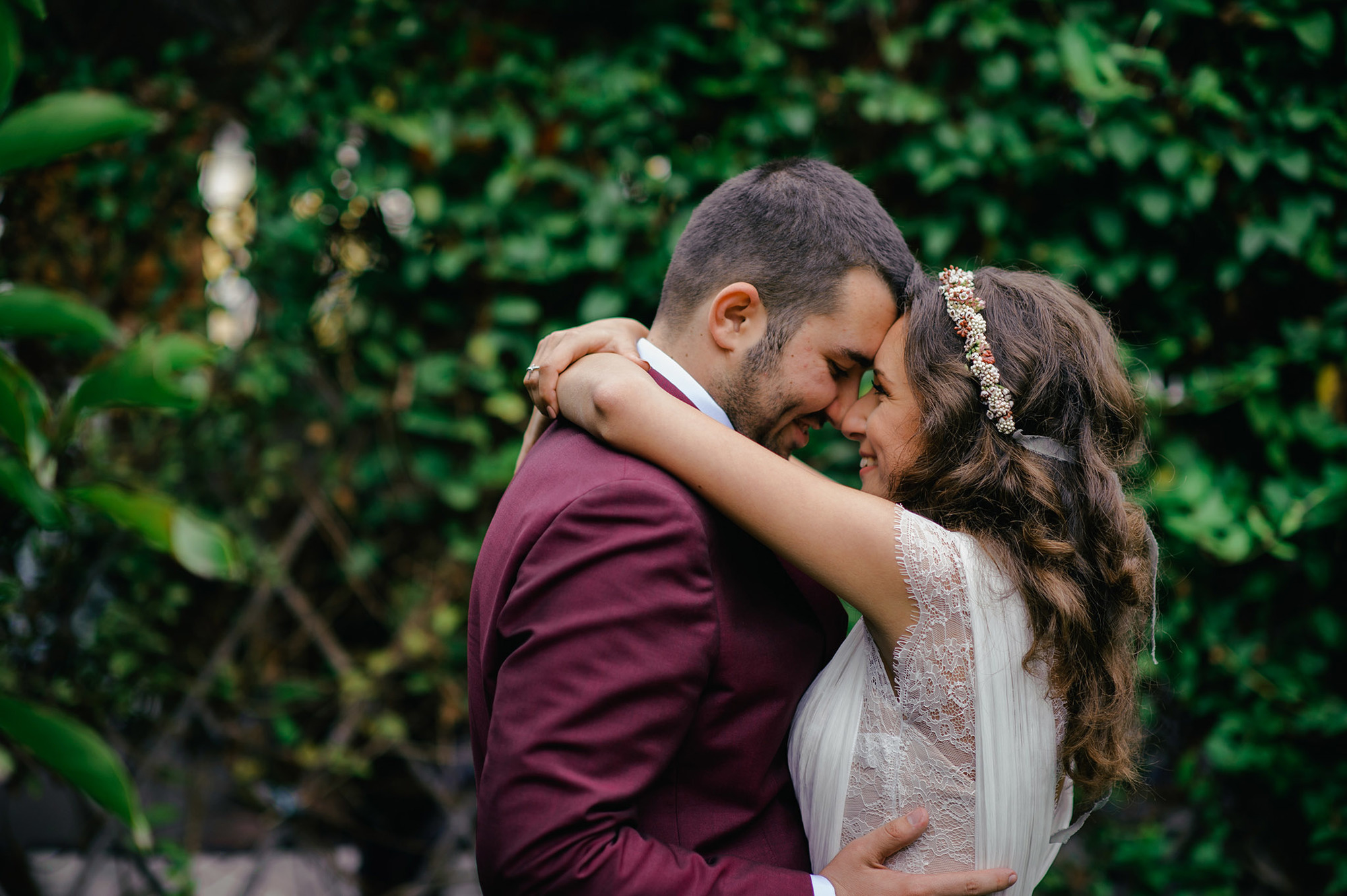