U.S.-Cuba relations are looking more promising than they have in decades. Last week, the American Embassy in Havana reopened for the first time in 54 years. Zoe Kosieradzki, a senior at Sarah Lawrence College in New York, is doing her part to strengthen and promote a bond between the two countries - through the universal language of art. 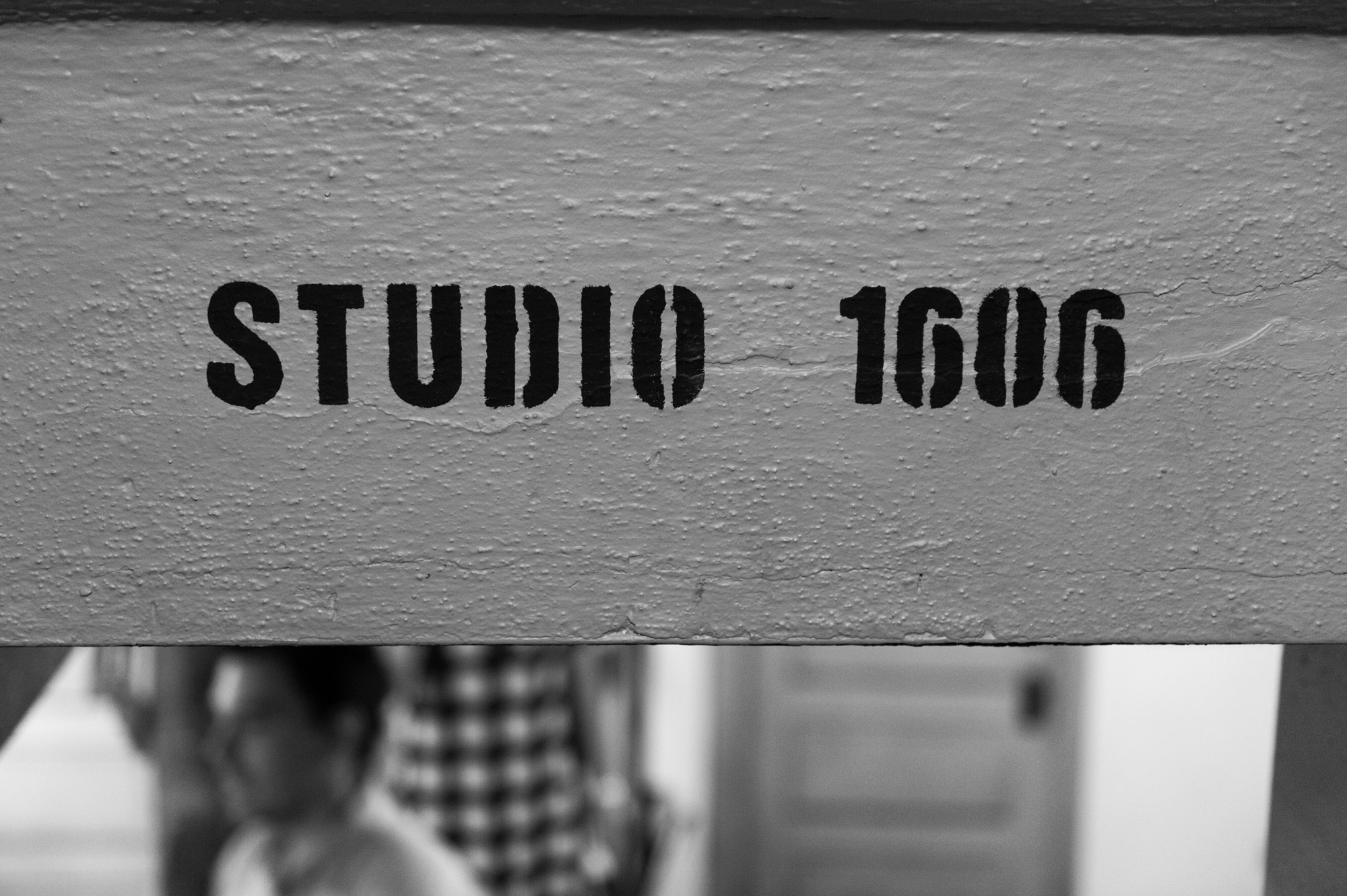 Zoe spent all of last year studying art and culture in Cuba. Upon her return home to Minnesota with no internship lined up, she decided to take matters into her own hands. She created Studio 1606 by transforming an old coal room in her parents’ basement into a beautiful workspace with art on the walls, Persian rugs covering the floors, and plush leather armchairs for lounging in.

She then invited Cuban painter, Roger Toledo Bueno, to work in the space for 7 weeks as an artist-in-residence. Roger had been her art professor in Havana and the two shared a vision for “connecting Minneapolis and Havana through a collective project of art-making and writing,” - wherein Roger painted and Zoe chronicled the experience in a blog. 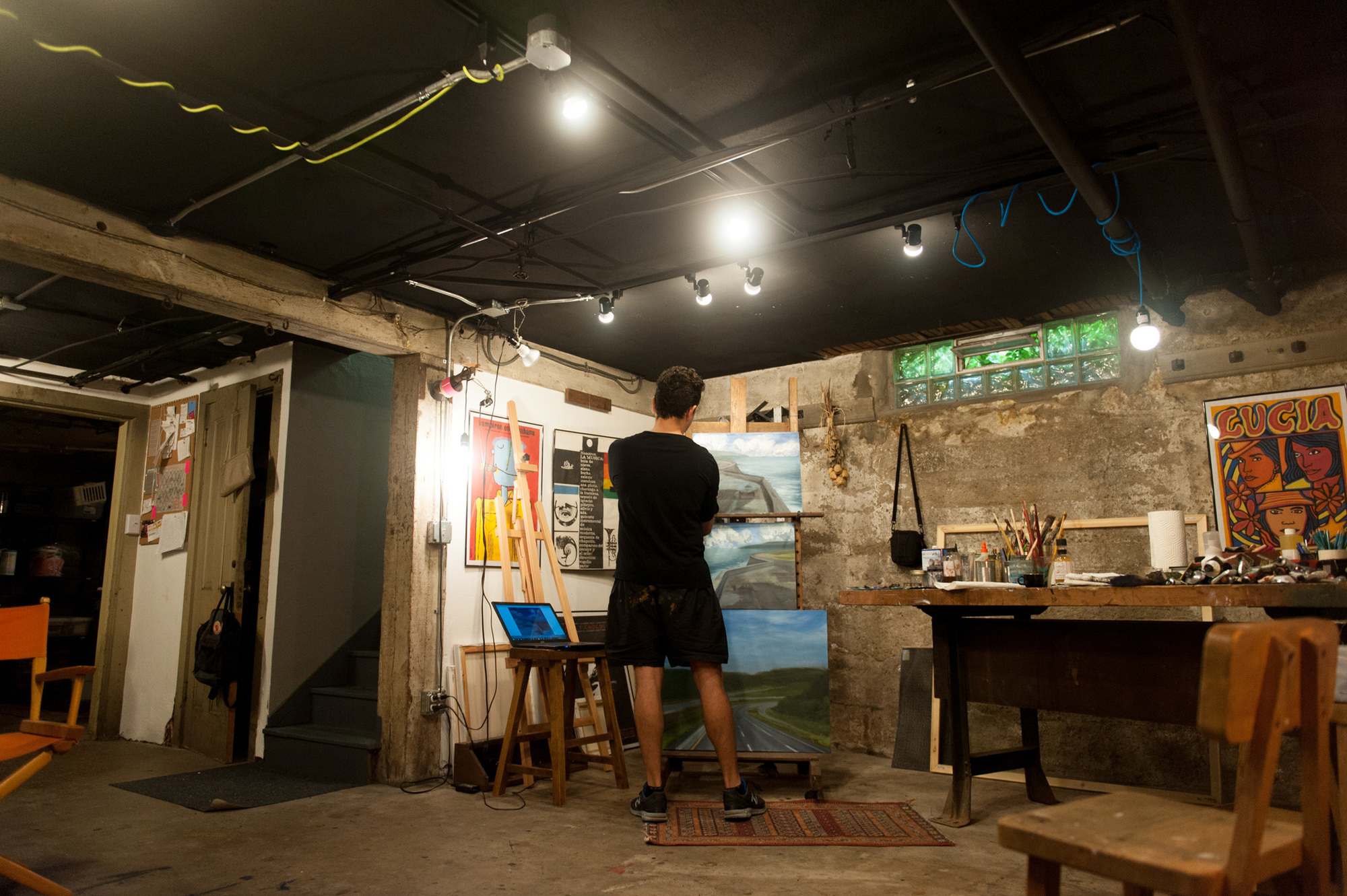 The morning I visited the space, Zoe greeted me at the door with a cafe cubano in hand and the Roots blaring through the studio’s speakers even though it was only 10am. Both she and Roger were hard at work preparing for an exhibition of Roger’s paintings, the culmination of his two-month residency.

This clearly wasn’t just any old summer internship for this 21-year-old - it was her brainchild, her baby. It was instantly apparent how passionate they both were about this project, taking great care to have every detail in place for the exhibit, and doing so with a clear sense of pride in the fact that they were a “part of the world changing positively for both nations.”

Two days later, I got to witness all of that hard work come to fruition. The yard surrounding Zoe’s parents’ house (in the upscale neighborhood of East Isles), had been transformed into an outdoor gallery. Roger himself had conceived of exactly how he wanted to illuminate and display his work.

Throughout the yard, mounted on black poles, and against a backdrop of lush foliage, his paintings appeared almost as though they were floating on imaginary walls. But the real magic happened as the sun went down and the paintings glowed under the carefully-placed hardware store spotlights. One woman in attendance, pointing to her favorite painting, said “it just keeps getting better and better (as it gets dark)!.” 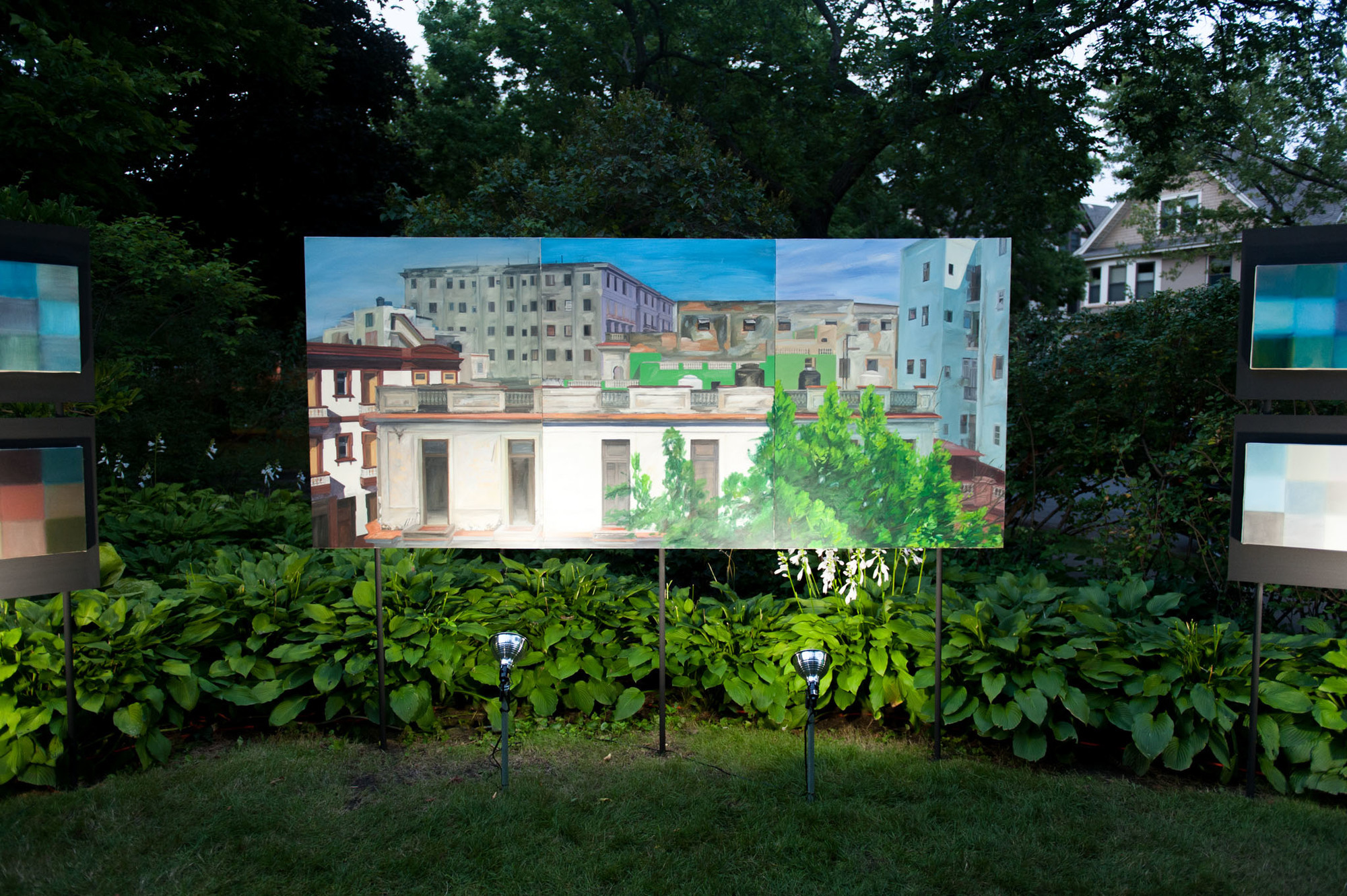 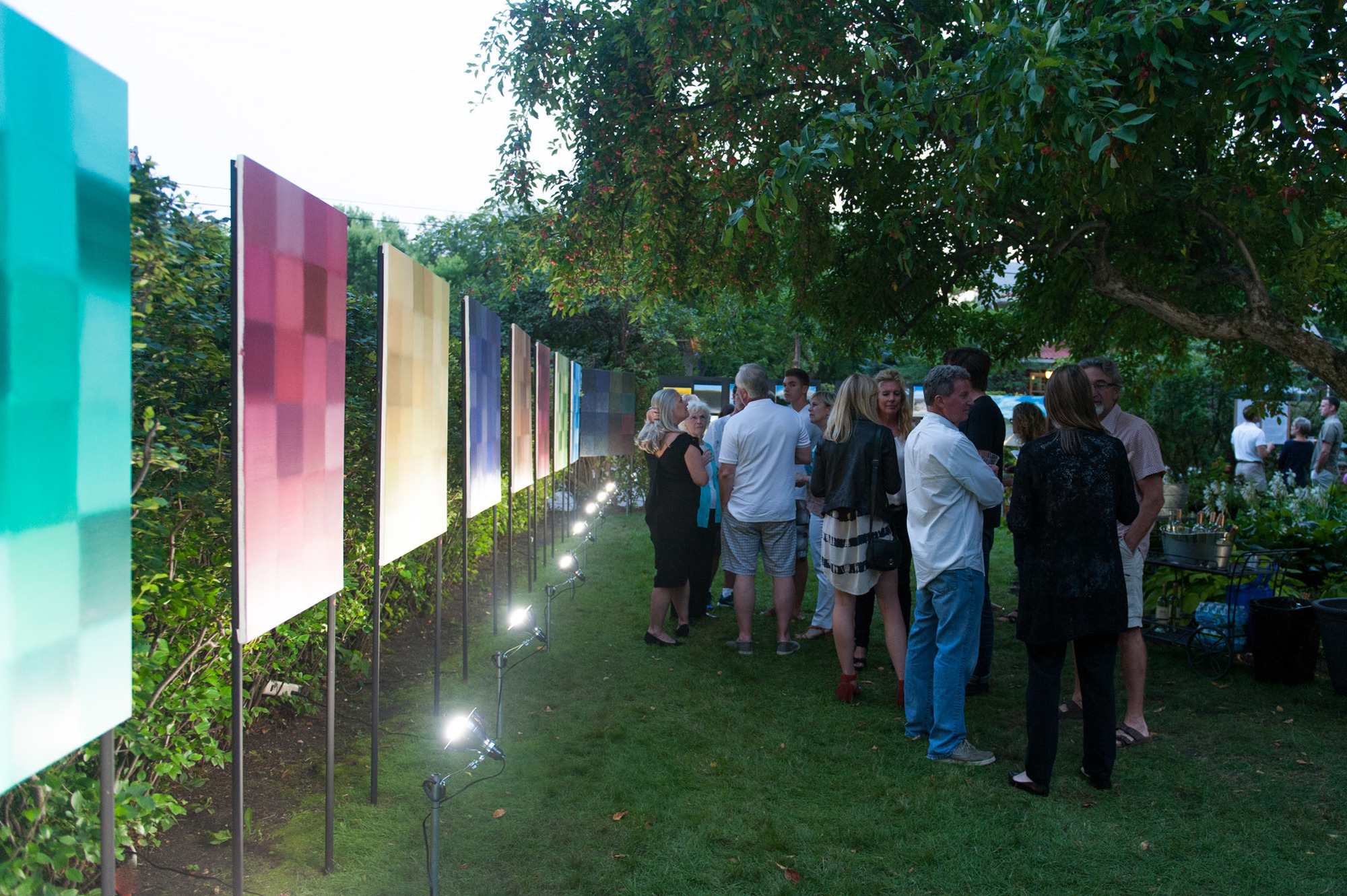 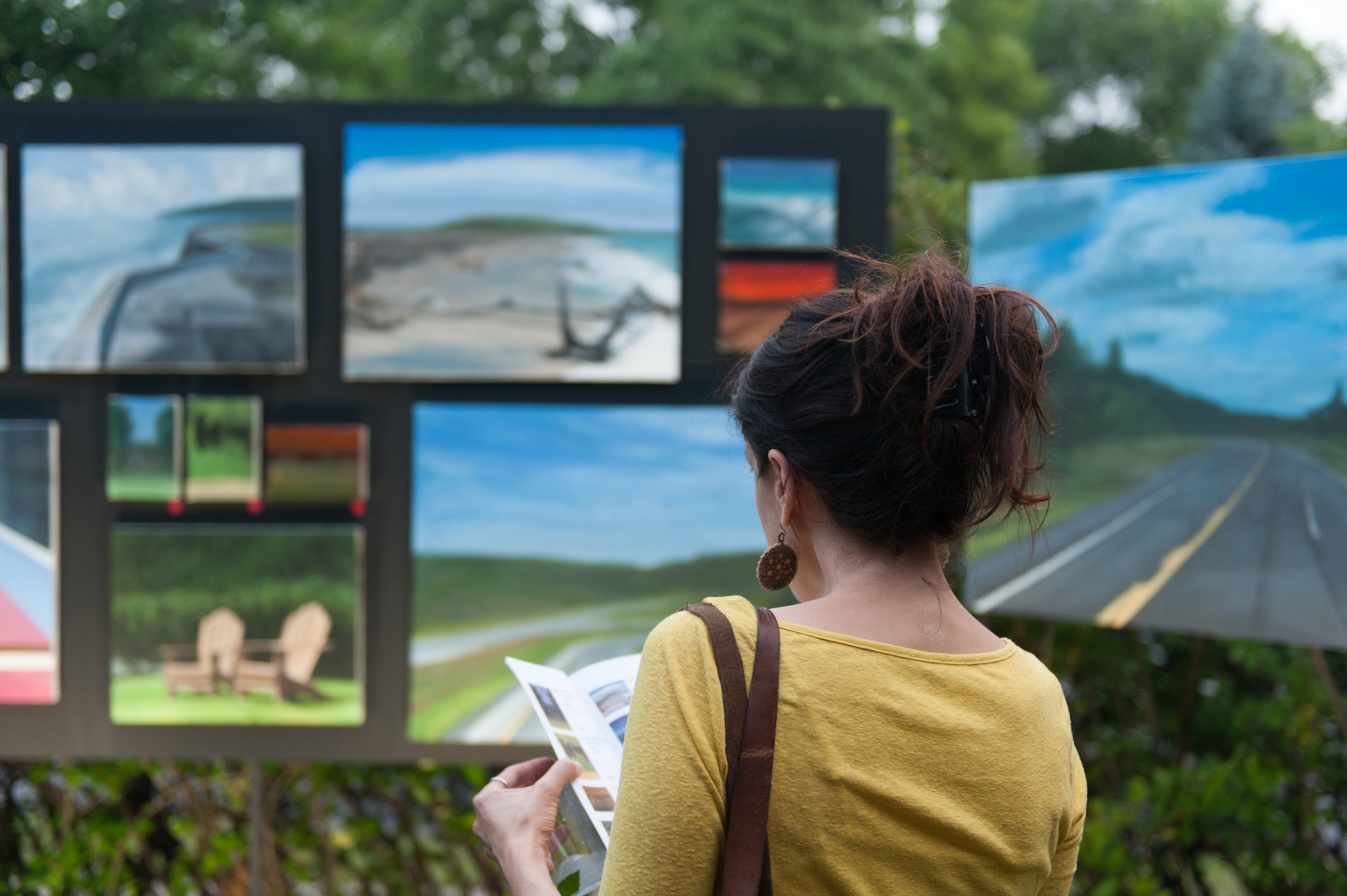 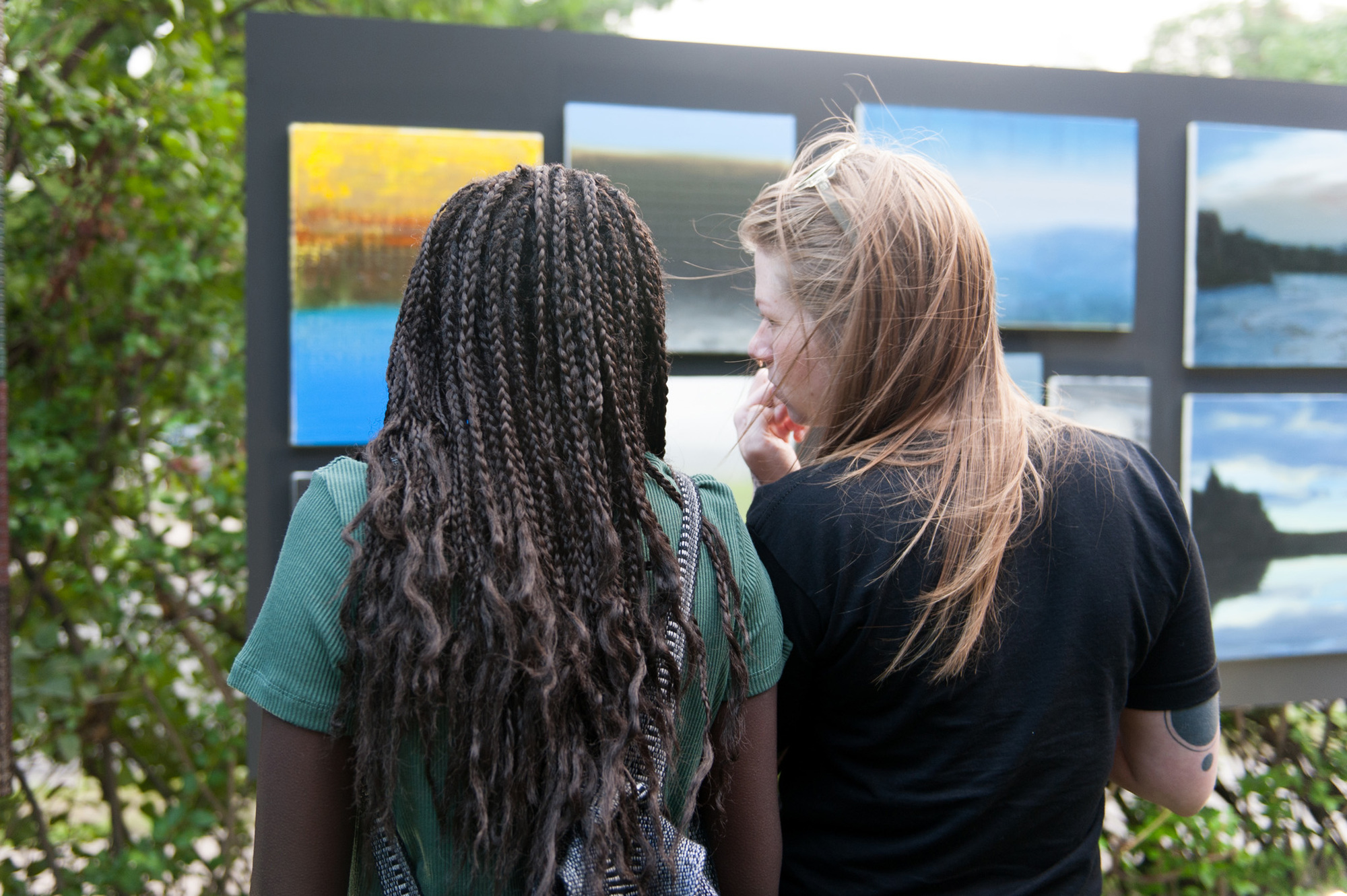 Almost immediately after proudly displaying his work in Minneapolis, Roger returned to Cuba where he will prepare for two more upcoming exhibitions and also open his own studio and gallery space in Old Havana. Zoe has since returned to New York to finish her last year of school.

But Studio1606 will live on. Zoe has plans to continue the project next summer and beyond, where she hopes to continue to “reflect new ideas and positive changes between (the) two nations.” 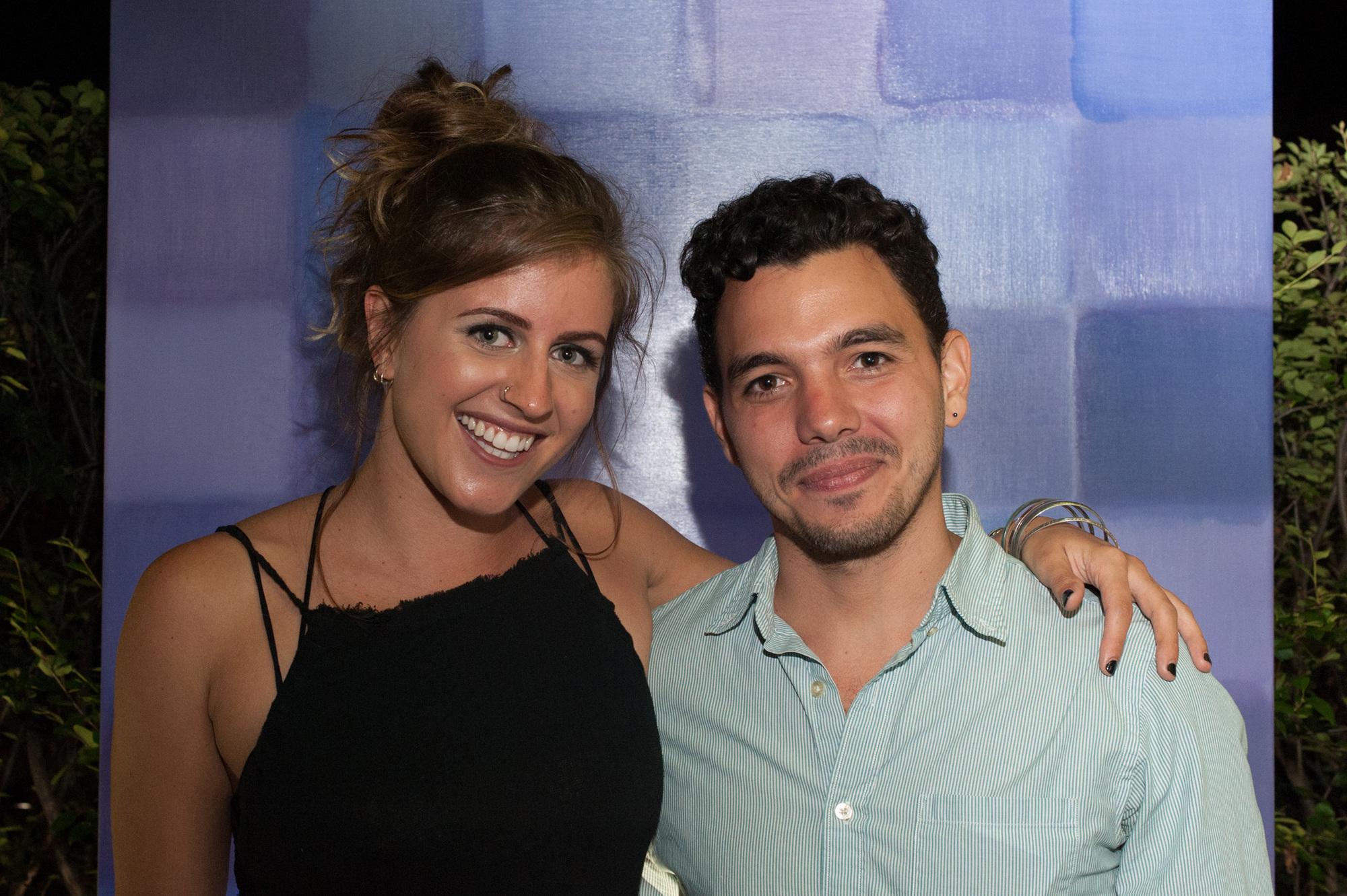 Zoe and Roger at the end of a successful exhibition