Guest contributor, photographer Jeff Stene, gives us a look at the history and culture of the Minnesota State Fair and share some of his favorite traditions. 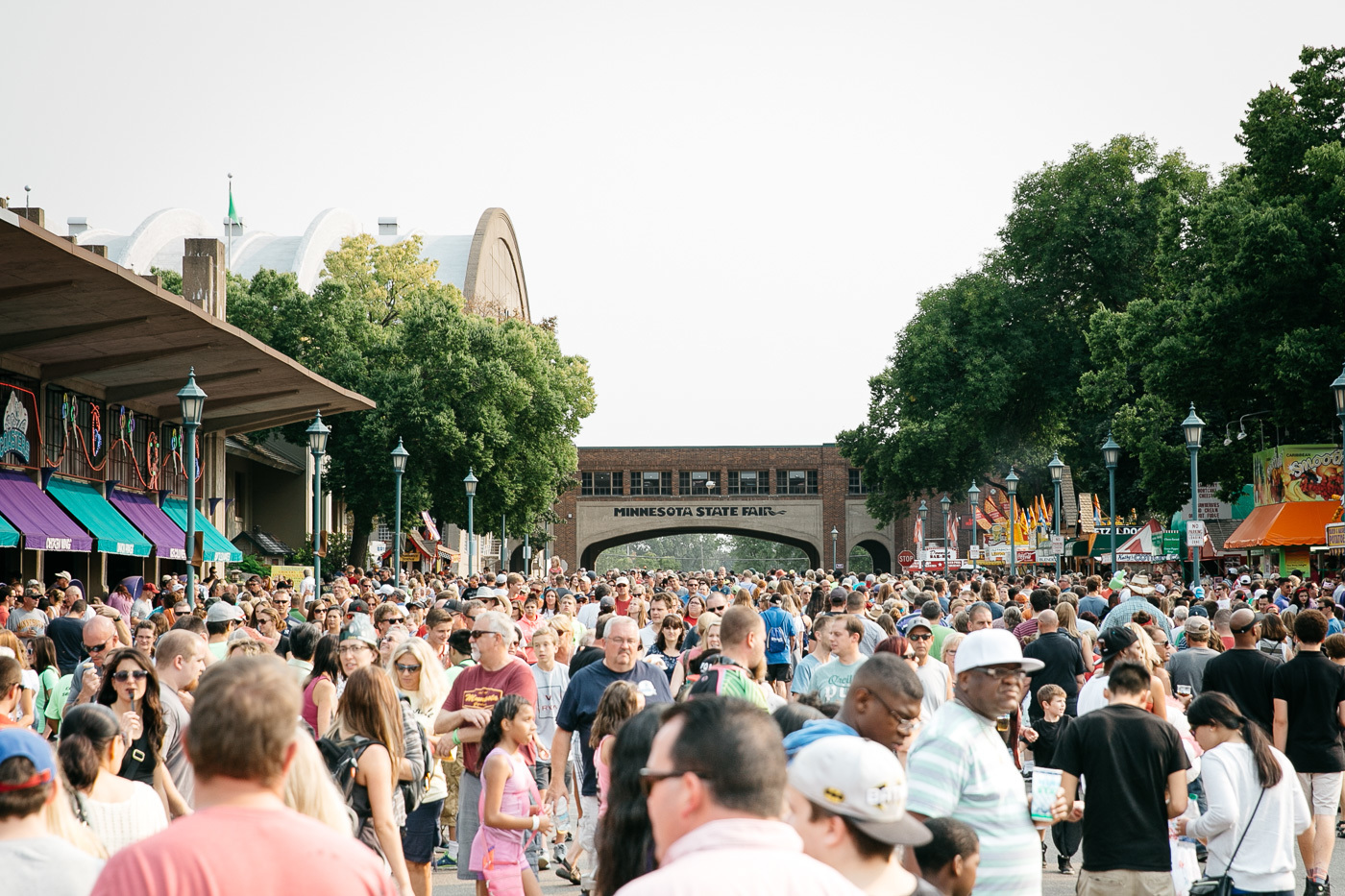 The Minnesota State Fair is a quintessential part of Midwestern culture. It’s a final valediction to summer, and a celebration of past traditions woven together with the present. This annual festival – better known as “The Great Minnesota Get-Together” –  runs from the end of August through Labor Day. The fair is a cultural celebration unlike any other that combines the best food, rides, art, and agriculture from across the state.

The fairground is situated on a sprawling 320-acre site located midway between the cities of Minneapolis and St. Paul. 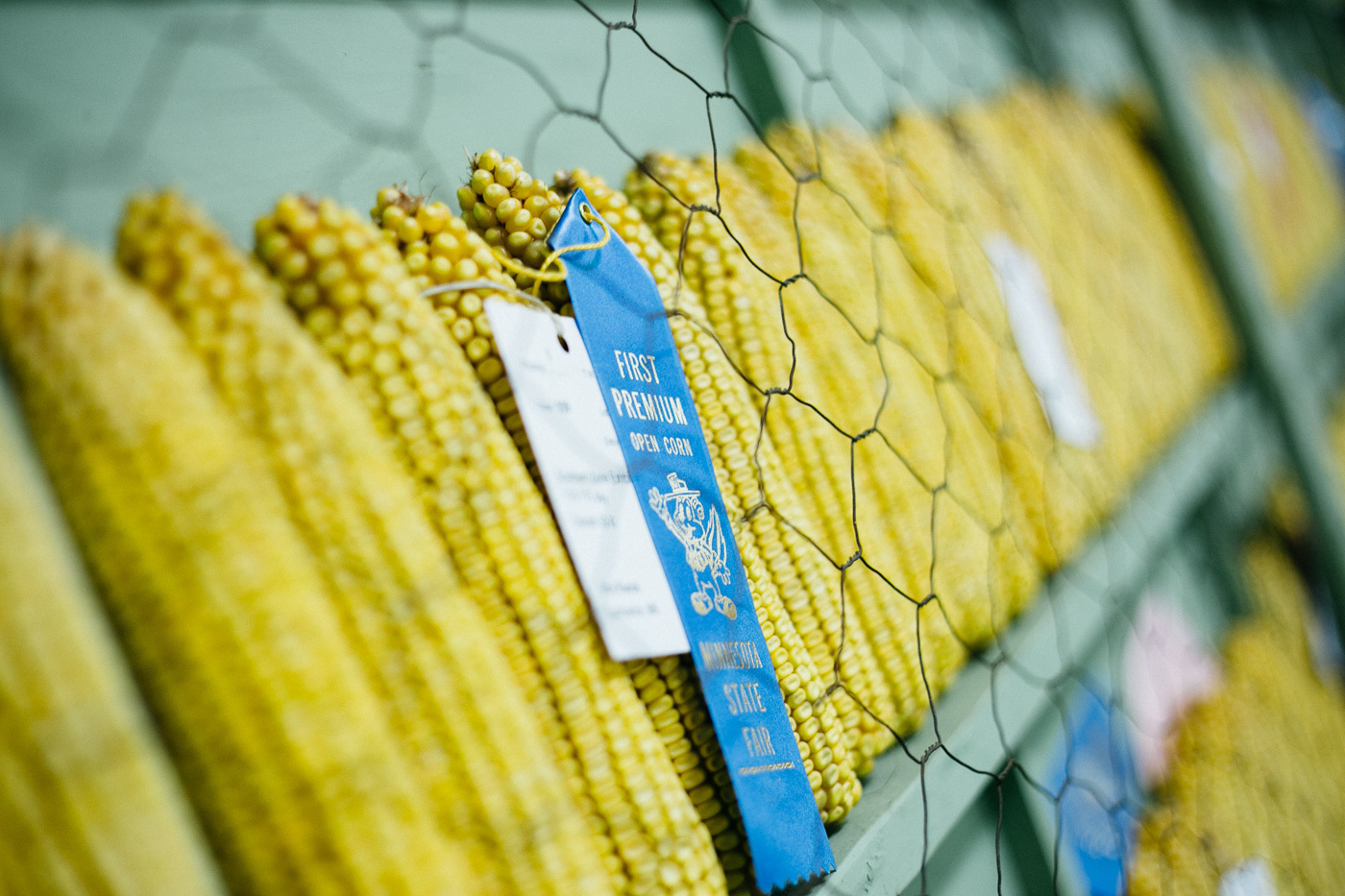 Agriculture and livestock were early centerpieces at the fair, as organizers hoped to entice prospective farmers to the region. While many early traditions are still present, new attractions - many of which involve eating! - have been added each year and the fair is now one of largest in the nation, drawing an estimated 1.8 million visitors each year. 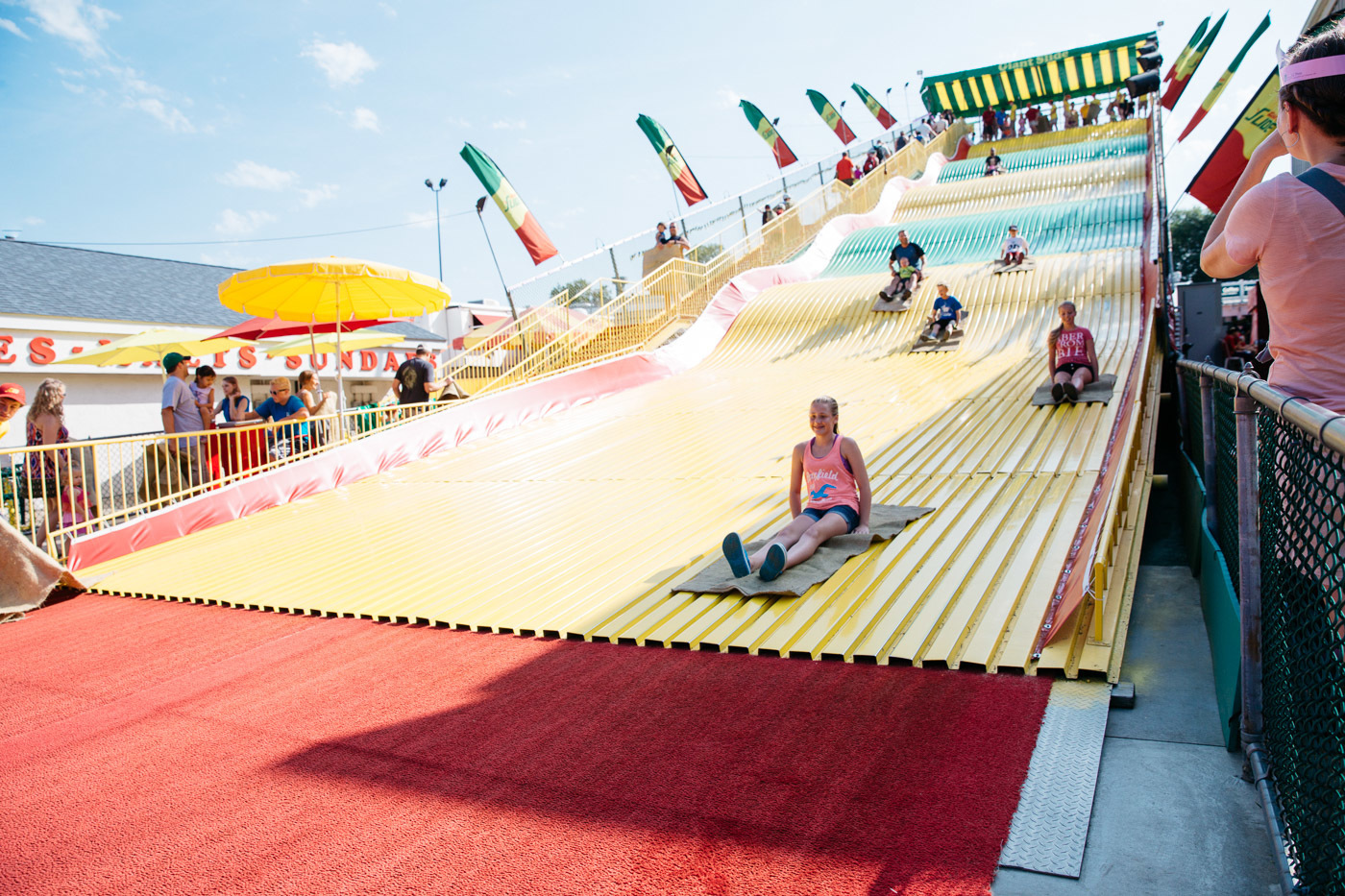 As a native resident of the Twin Cites of Minneapolis and St. Paul, I grew up going to the State Fair, and many of the traditions from my childhood remain favorites of mine today. Like taking a ride on beloved giant slide. It’s thrifty, it’s fast, and it makes you feel like you’re a kid again. 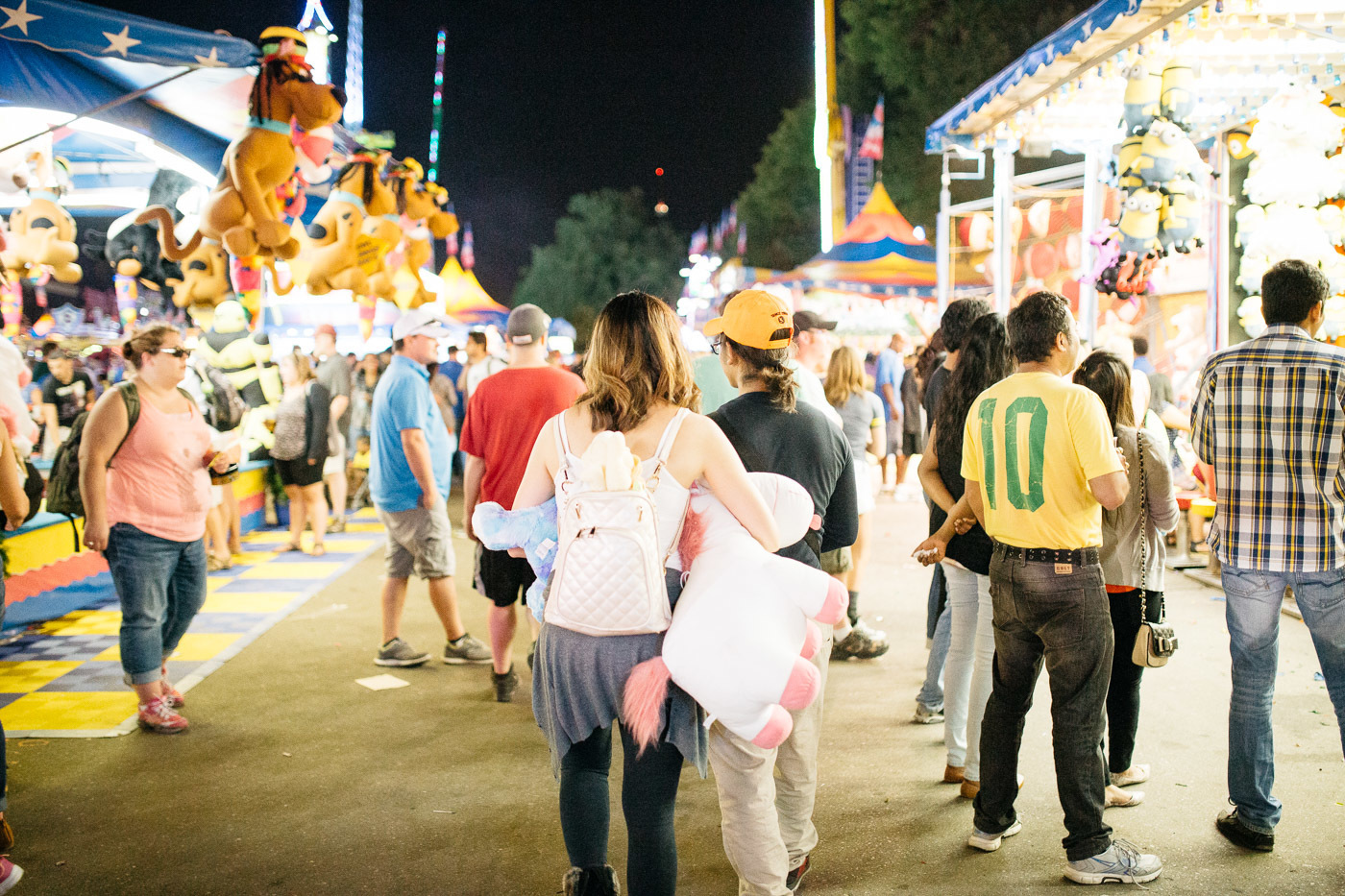 The mighty midway is teeming with thrill and excitement. Featuring rides, attractions, and a variety of carnival games; there’s something for all ages. If stomach-churning rides isn’t your thing though, the Midway is still the best vantage point for people-watching. 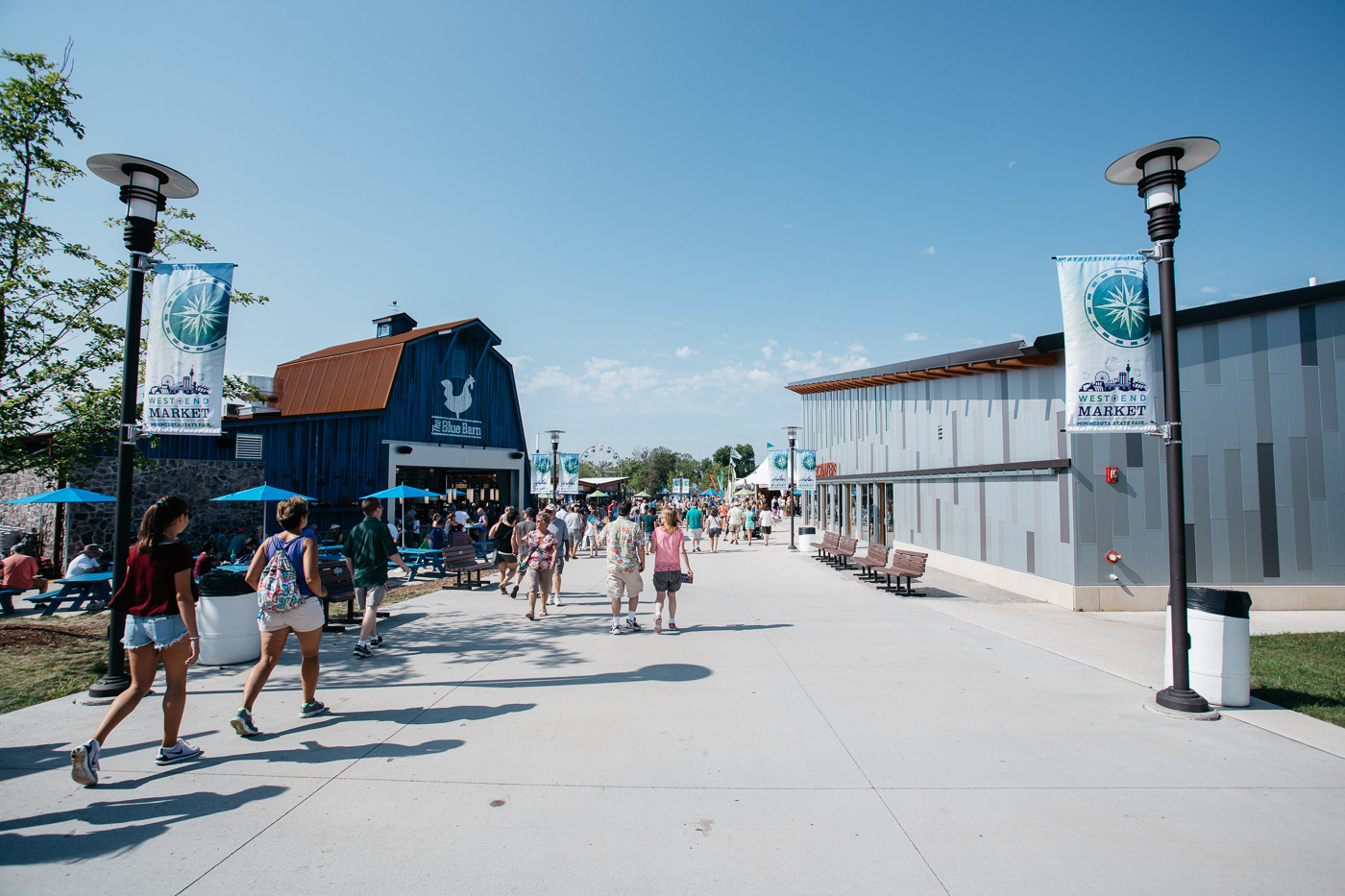 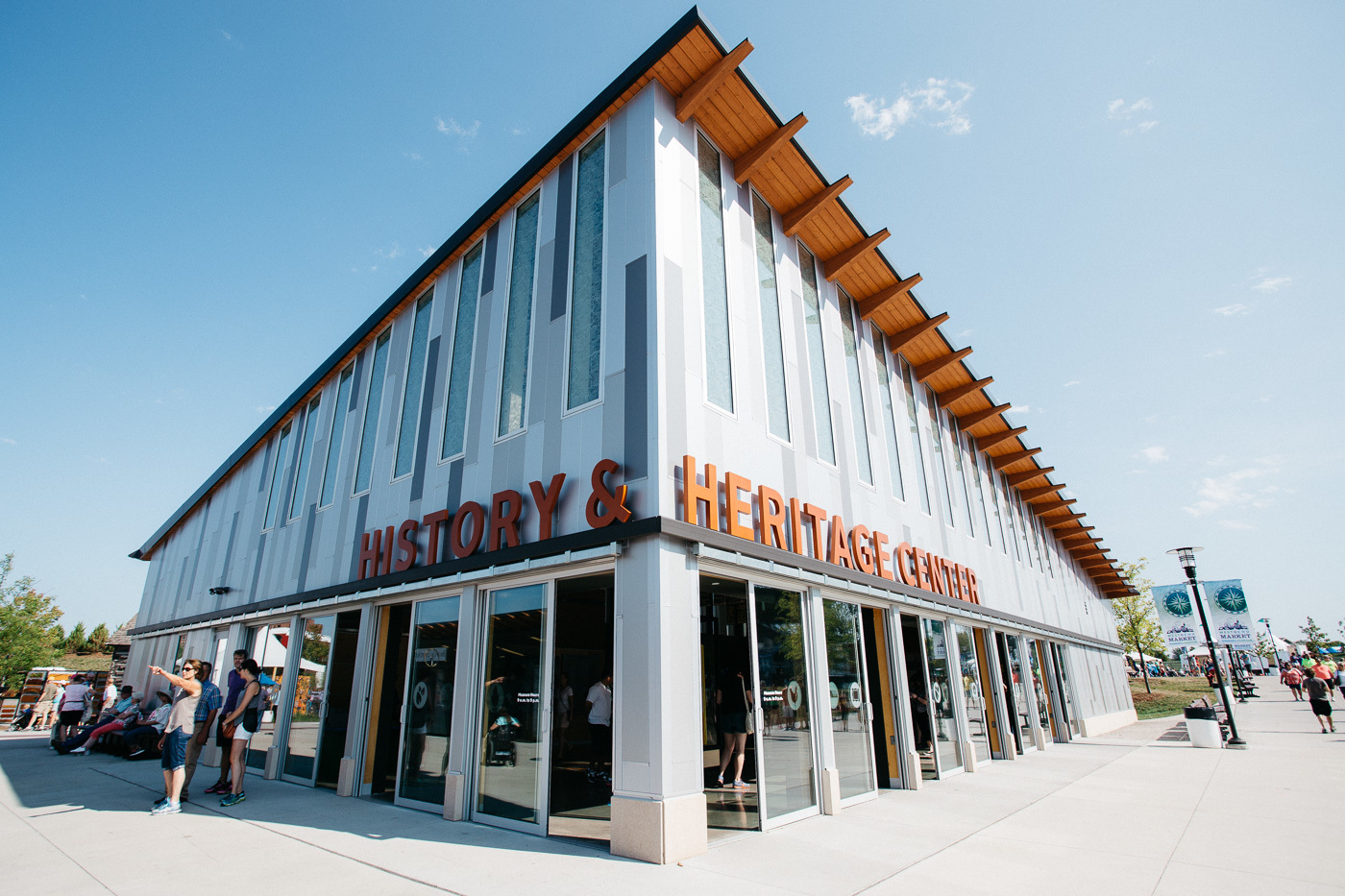 The West End Market introduced one of the biggest transformations the fair has seen since the 1930’s. An ambitious $15 million-dollar renovation, last year, replaced the dilapidated Heritage Square, introducing a slew of modern amenities including a new transit hub, new restaurants, and an air-conditioned history center to house the fairs extensive collection of historical artifacts. 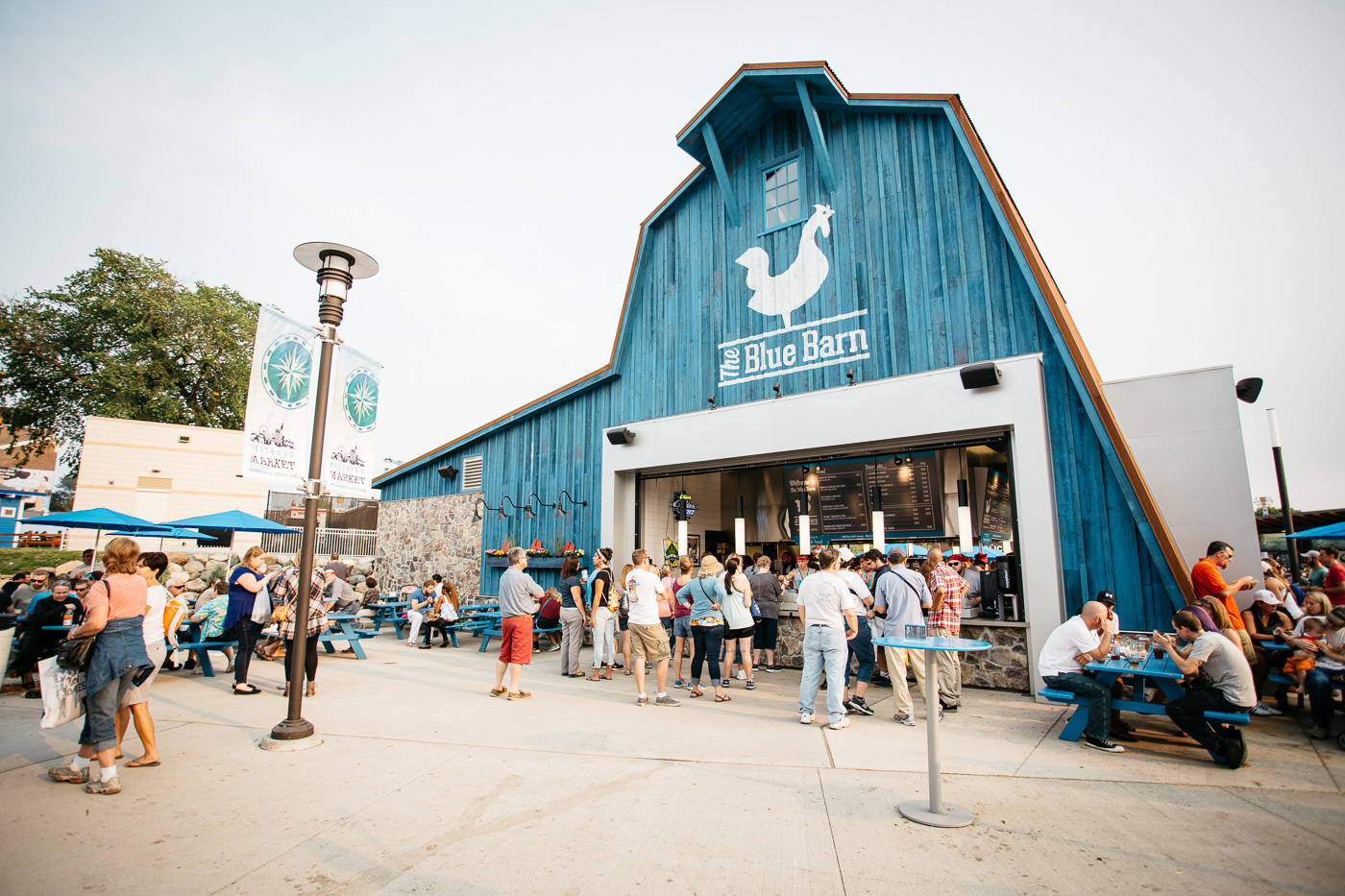 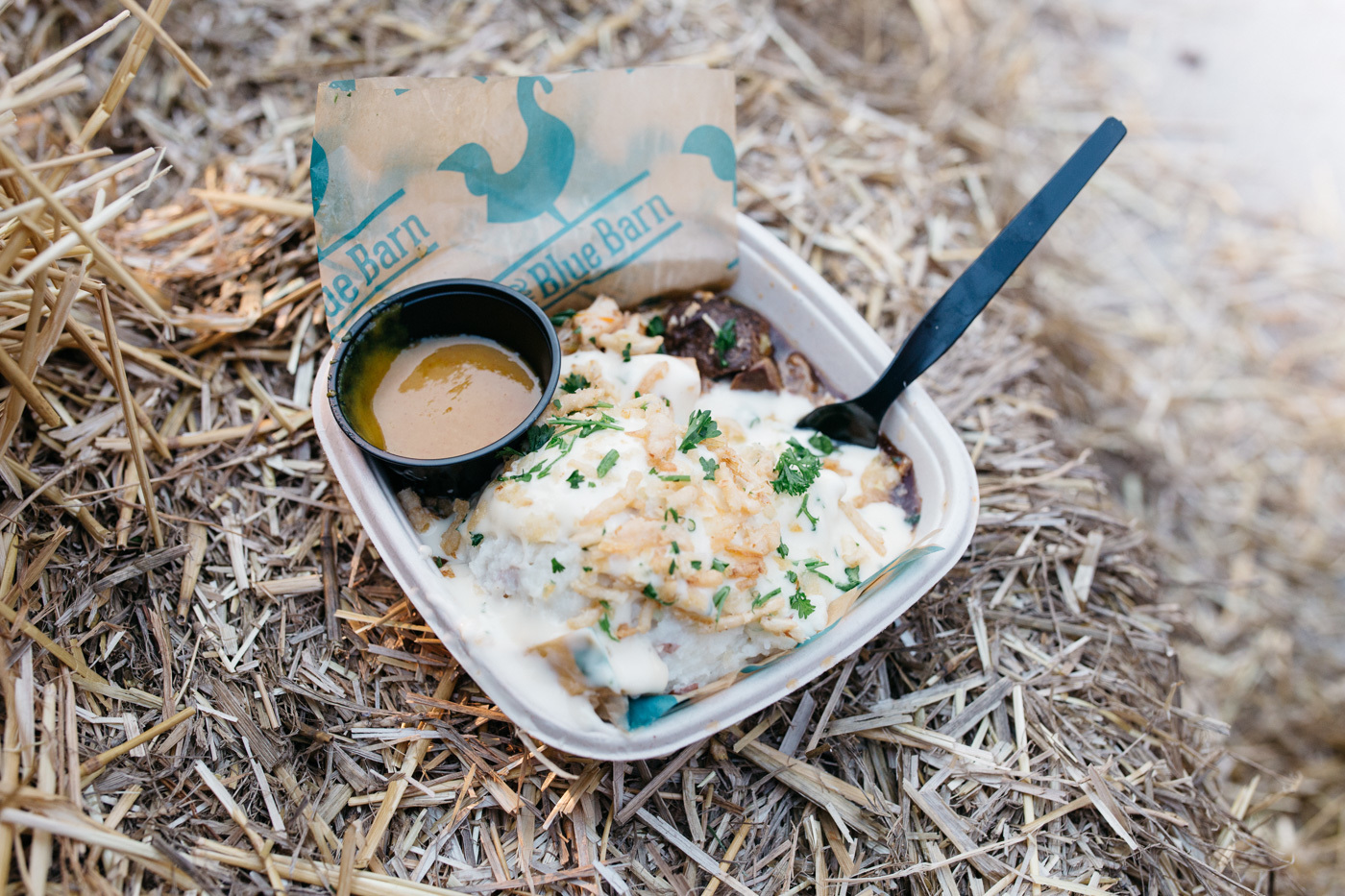 The state fair is known for many traditions and stereotypes, but few as notorious as deep fried food-on-a-stick. Home to over 500 varieties of food, and 300 concessions the abundance of food choices is overwhelming. While deep fried food-on-a-stick receives more attention than it deserves, on a recent trip through the new west end market I discovered a tastier experience at the ‘Blue Barn’ eatery.

This trendy spot offers a variety of fresh farm-to-table menu choices, along with a good selection of some of the best hand crafted beers at the fair. A little on the expensive side, but highly recommended! 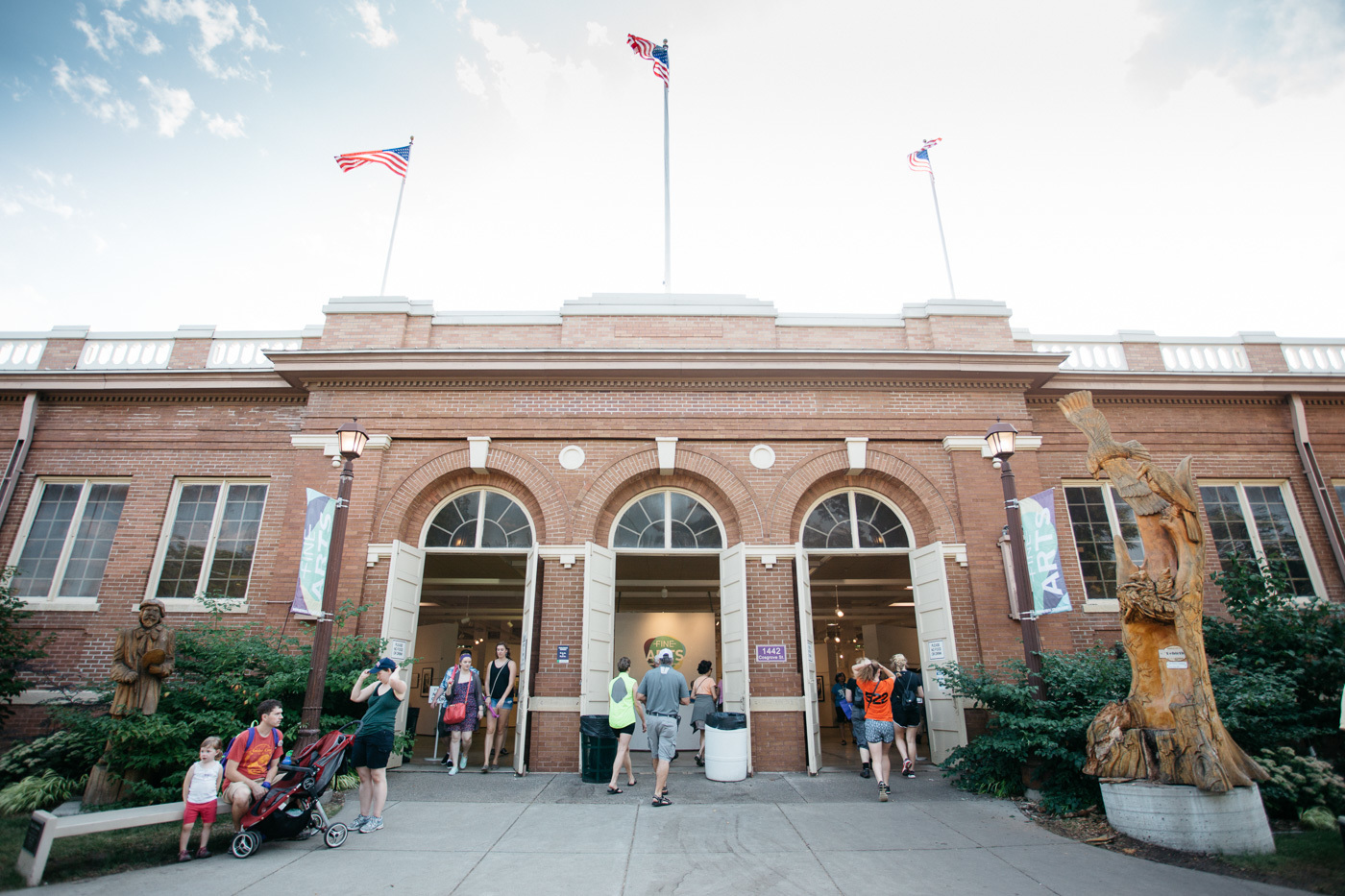 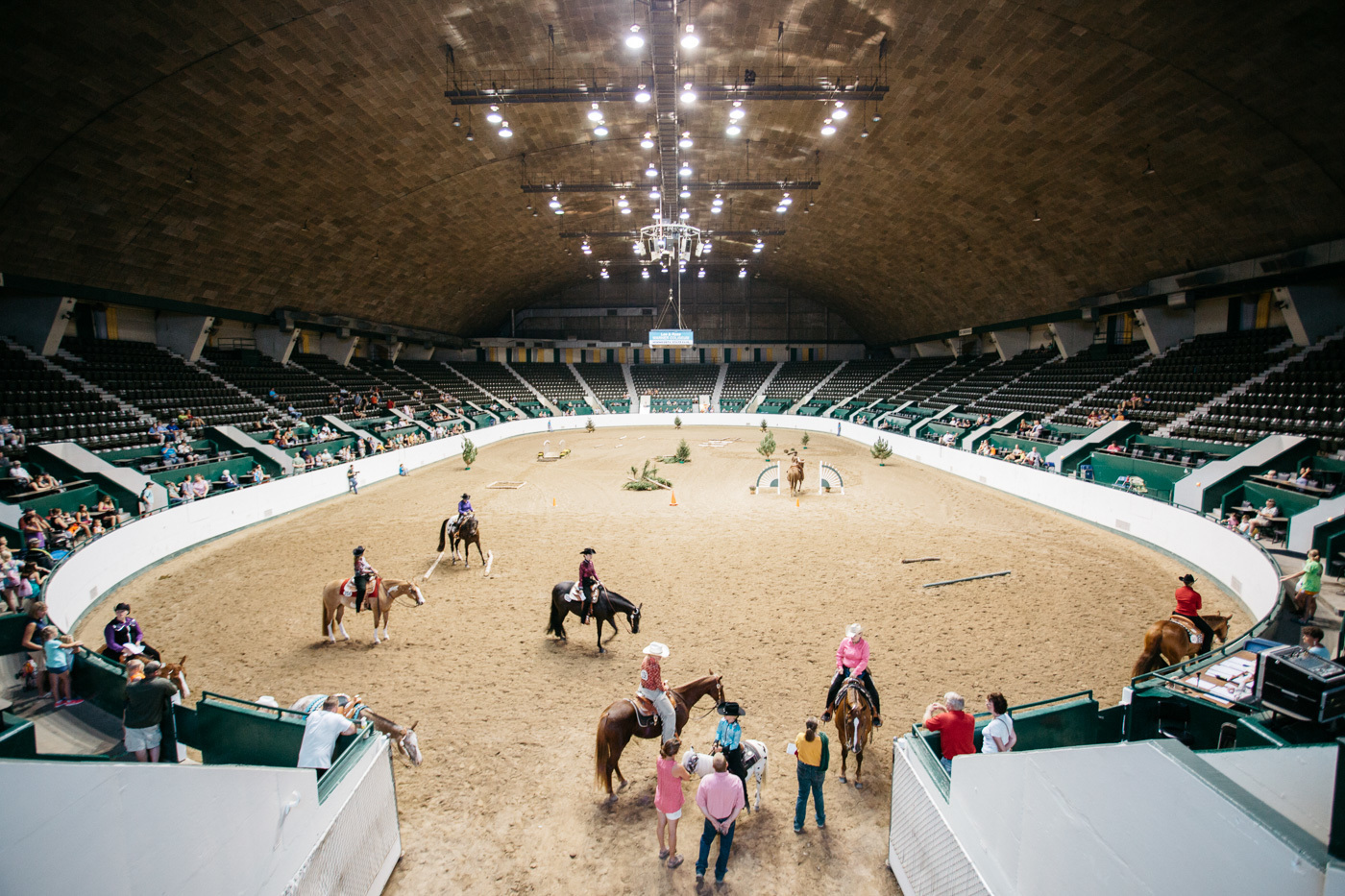 The fair is home to several distinct architectural buildings including the Fine Arts Center, the Grandstand, and Warner Coliseum (formerly known as the Hippodrome). All are a must see! 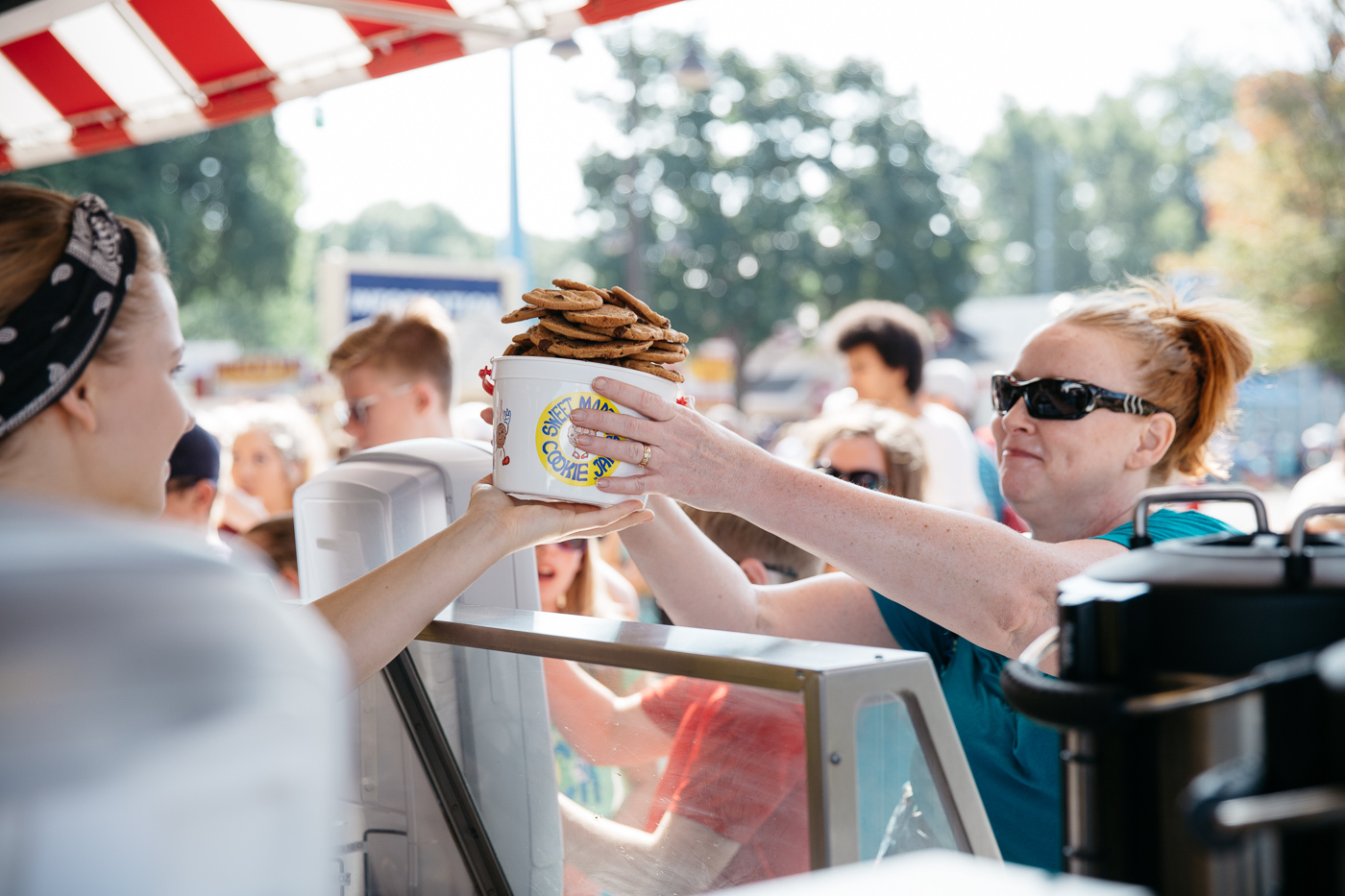 The Minnesota State Fair is an institution that will endure for generations to come. It’s a celebration that embodies the pride and spirit of the North - a pride and spirit that remain constant even when the things we love about our state evolve.

From agriculture and livestock to gourmet food and craft beer, the fair is Minnesotan to its core. So if you decide to visit, remember to bring your appetite and a comfortable pair of walking shoes.

All imagery to the courtesy of jeffreystenephotography.com