Urban river surfing is gaining in popularity. Many others like Switzerland, Norway, Germany and even China, have embraced the phenomenon. And The Netherlands is taking on the hype by creating ‘the perfect wave’ in Rotterdam. Welcome to the surreal world of urban surfing, where daredevils ride inner-city waves.

To switch your business-suit for a wet-suit during a lunch break does not sound like a logical thing to do in the beach-less city center of Rotterdam. The Rif010 initiative. But a wave of change has hit the city, in the form of Rif010. The urban initiative has recently won a contest funded by the City of Rotterdam, which was used as an instrument to leverage public initiatives to encourage the revitalisation of the city. Rif010 is set to create an artificial wave right in the middle of the city’s shopping center. 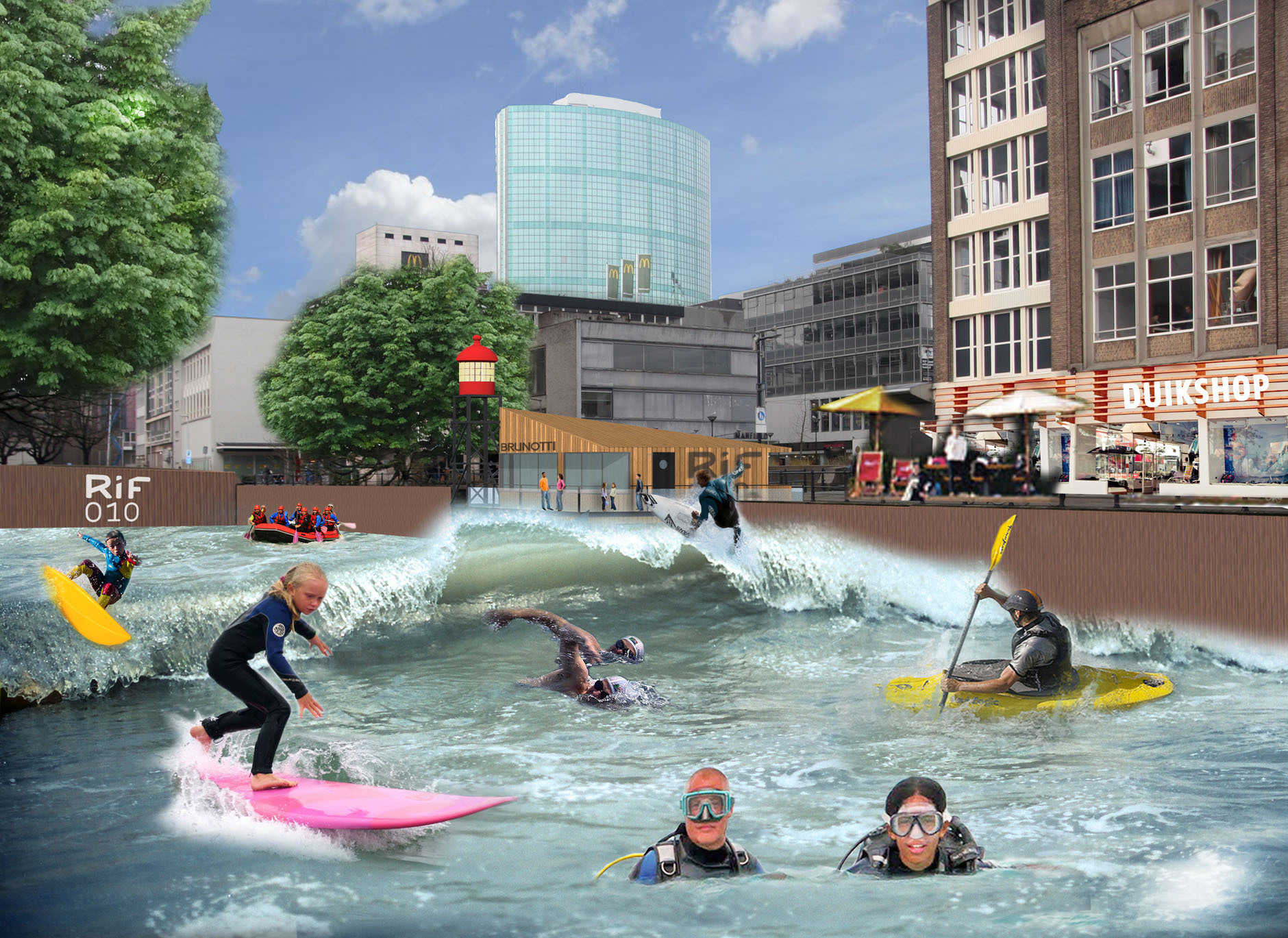 A 1,5 meter wave. A local canal called Steigersgracht will be shut off from the rest of the river Rotte, to which the city thanks its name. In 2015 all kinds of water sports can be practiced in naturally purified water and a 1.5 meter high ‘barrel’ wave, good for 14 seconds of surfing, supping, kayaking or body boarding. Here some video's (in Dutch) that explain the process: Social purpose. In case this is one step too far, it will be possible to take a class at a second reef. Although Rif010 foundation’s social goal is to make water sports accessible to all Rotterdam students, it seems to serve a broader purpose. 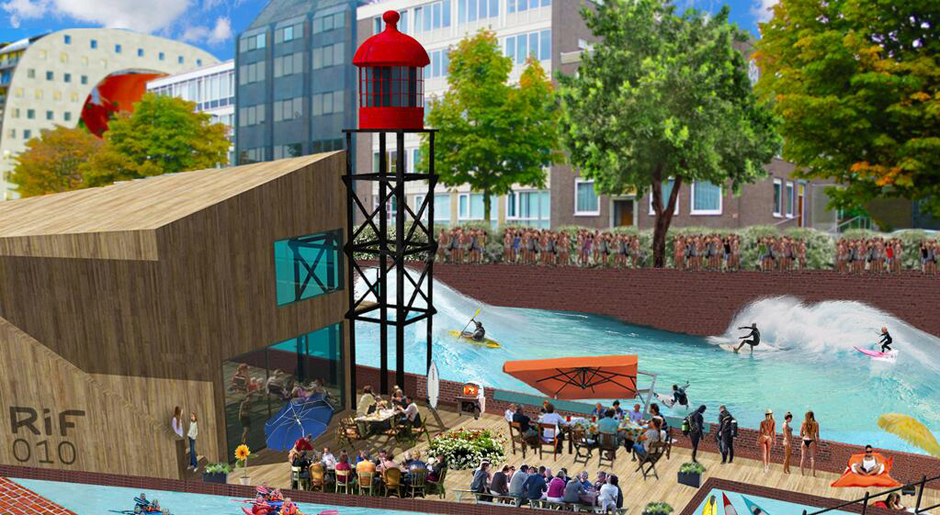 Besides being able to surf, kayak, scuba dive and raft in the middle of the concrete jungle, the concept also includes a beach house with drinks, food and a terrace for spectators, but also cloakrooms and the possibility to rent wet-suits, kayaks, scuba gear, etc. Wave jams and contests are too be expected as well. This realisation and exploitation of the concept will create 10 to 15 jobs and hopefully attract other entrepreneurs to establish themselves in the surrounding area. The concept and technical aspects are designed to be durable and self-sustaining. Any profit will be directly invested in the concept, for instance to build their own windmill, in order to generate their own power supply. 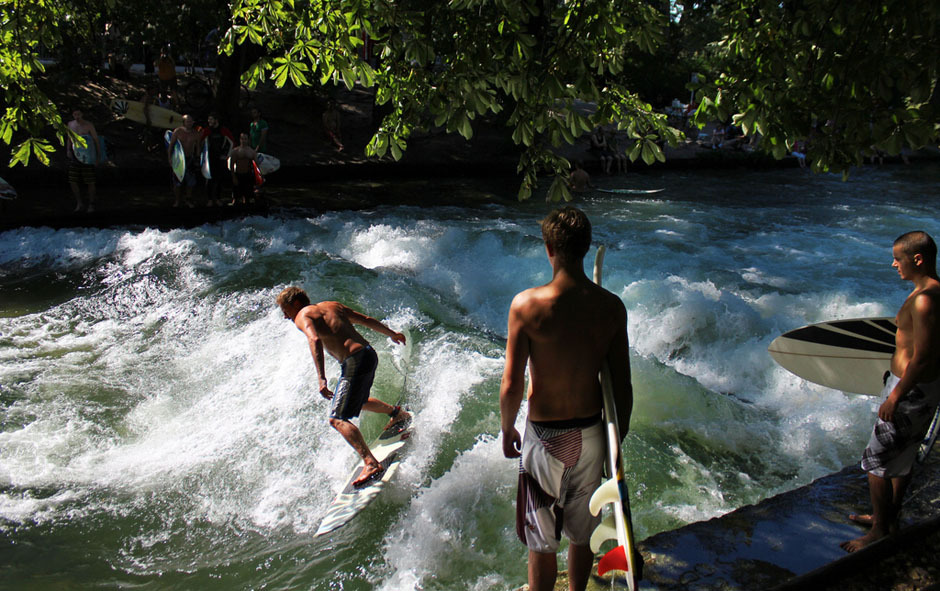 Surfing abroad. Unfortunately we have to wait a bit before Rif010 will be ready in May 2015, but if this post has fired your thirst for urban surfing... here are some great spots to visit during your travels abroad:

And one of our other cities in our roster, Oslo, is in the planning phase of building a potential, artificial river wave in their main city river Akerselva. As a city captain of Rotterdam, I can't wait to capture the opening of Rif010 and see the first rides on the waves. For more information: www.rif010.nl www.facebook.com/rif010 - Cathalijne -