A new year, a new TEDx. A world wide phenomenon with local relevance is celebrating its 7th edition in Amsterdam. We met operation director Anne for more insights into the event and this years theme.

Anne has been with TEDxAmsterdam from the start, edition number 7 this year. And throughout those 7 years, TEDxAmsterdam has really made its mark in Amsterdam and proved to deliver every single year with great themes and inspiring track-record of speakers.

Anne has also grown into the role of Operational Director, so a great moment in time to get a bit more insight around setting up an event that broadens our horizons and to inspire many of us. 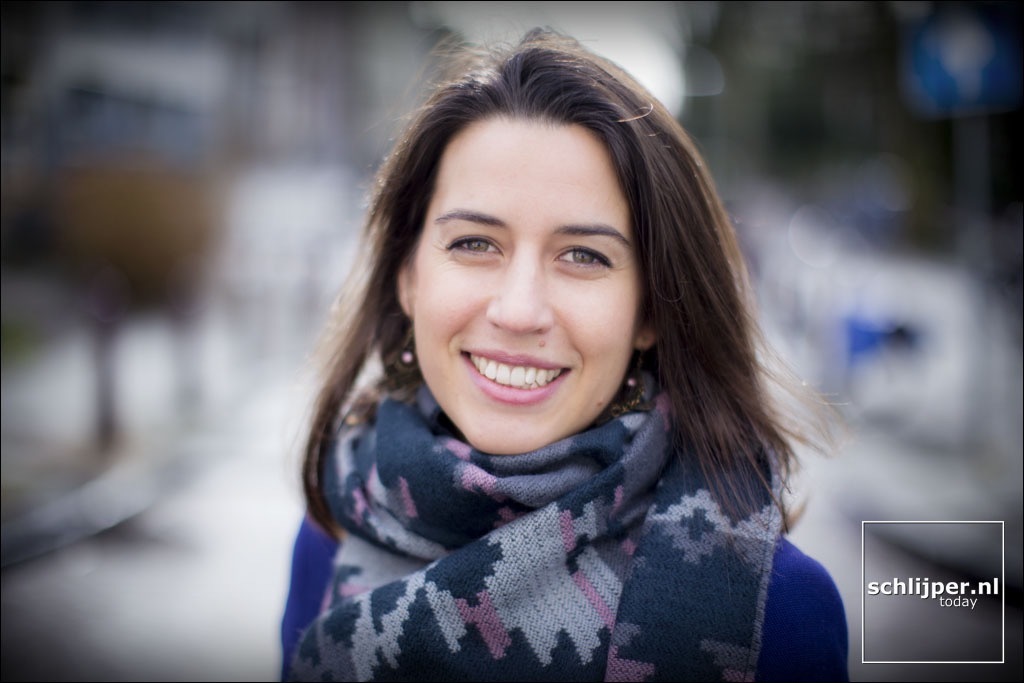 Could you please share with us how TEDxAmsterdam has evolved over the last 7 years?

TEDx always remained to have the same idea, but the Amsterdam edition has really shifted its focus on ‘Ideas worth doing’. The global theme ‘ideas worth spreading’, has been carried out by many local TEDx versions around the world, but in Amsterdam we felt that there was something missing. 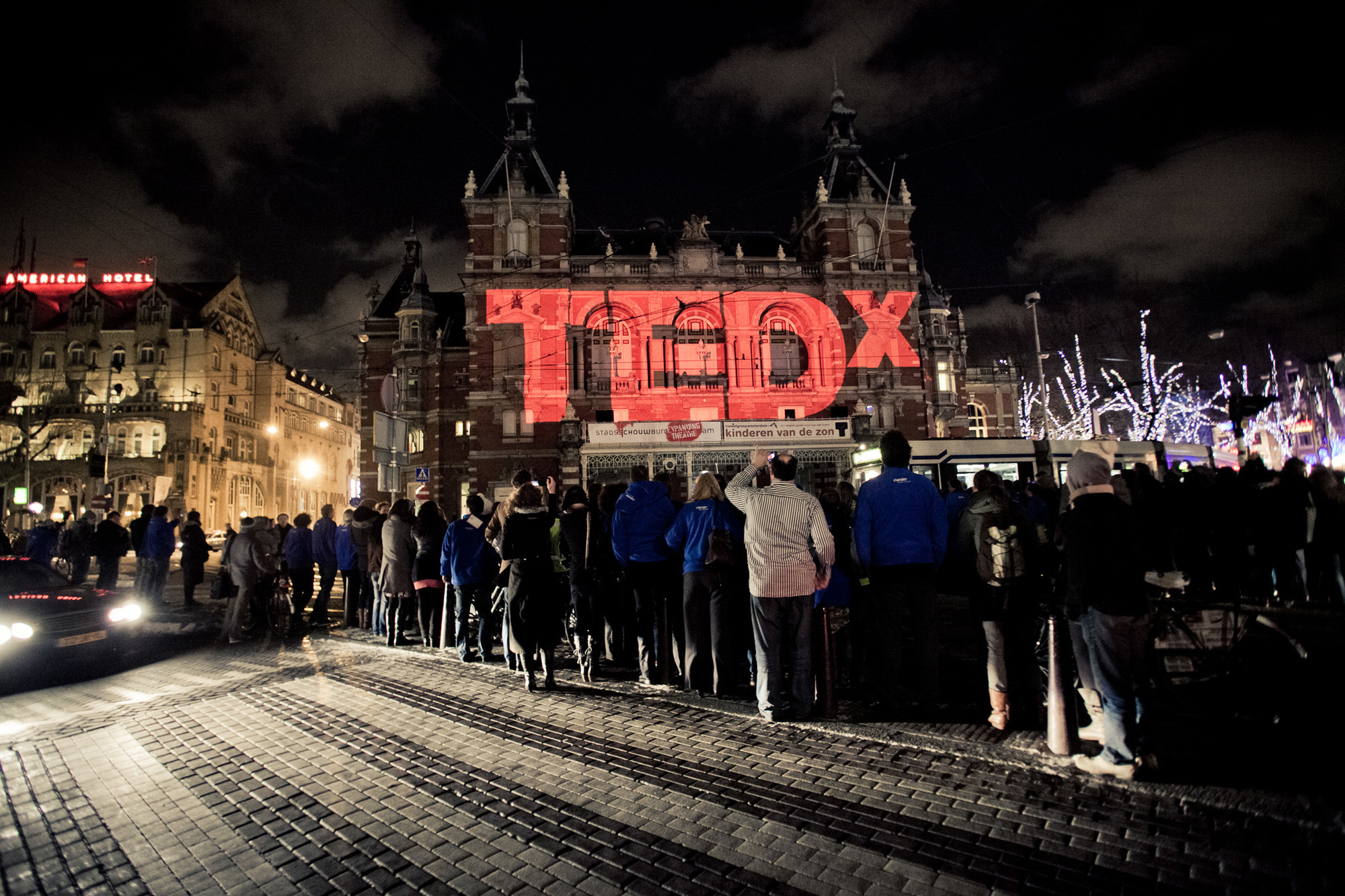 We were very early in receiving the license from TED to organize a TEDx and have done so in a very healthy collaboration with the TED organization. TEDxAmsterdam has very rapidly grown into an experience, and questioning ourselves where to improve and how it could continuously fit better to Amsterdam are very important factors to us.

But collaboration with other city  organisers over the world is also important, and where we also learn a lot from. Everyone tries to create their own thing, which makes sense to make it locally relevant. In that way we not only help but also inspire each-other.

What would be the most important objective for TEDxAmsterdam?

Next to creating a line-up of inspiring speakers, we also focus on ideas that can benefit from having a platform like ours. One of the objectives of Amsterdam is to become that platform for ideas. We like to be inspiring for those who attend our event, same as for those with great ideas as to the people part of our team. We work with 200 volunteers during the day of which about 50-60 people volunteer throughout the year. 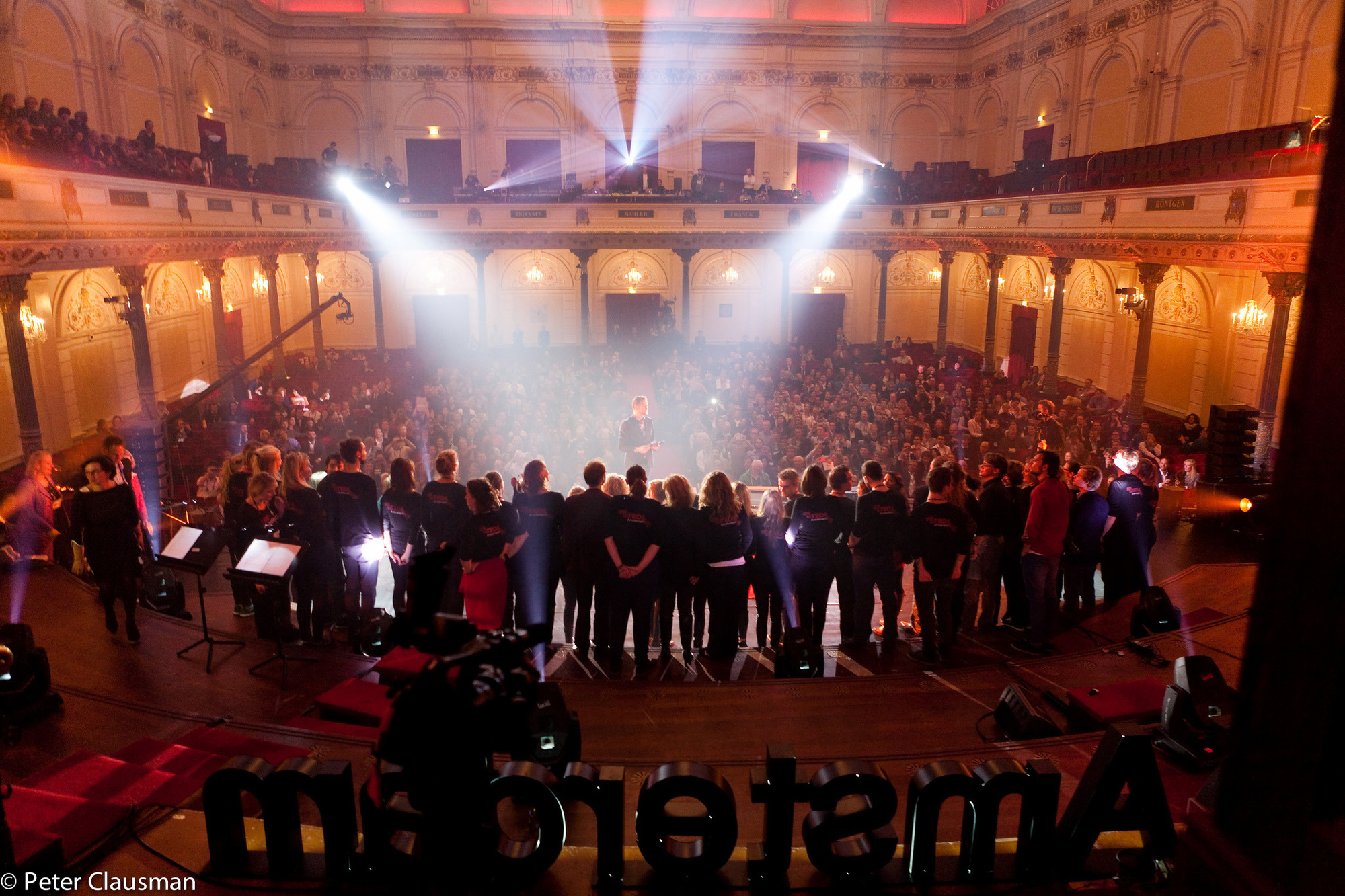 This year’s theme is #BigQuestions. Could you please tell us a bit more about the theme?

This theme is particularly for TEDxAmsterdam and since there’s so much information to be found everywhere, we were wondering whether we still ask ourselves the right questions in order to finding the right answers. We continued brainstorming and ended up with: what are the big questions of today?

But isn’t that in contrast with ‘Ideas worth doing’?

A bit of both, by answering the questions, you’ll be able to shift attention to the answer ahead of you. The answer that might make you ‘do’ . And there a several speakers that are asking some very interesting questions:

Damiaan Denys – What is the Relationship Between Angst and Freedom?

Ad Vingerhoets – Why Do Only Humans Weep? 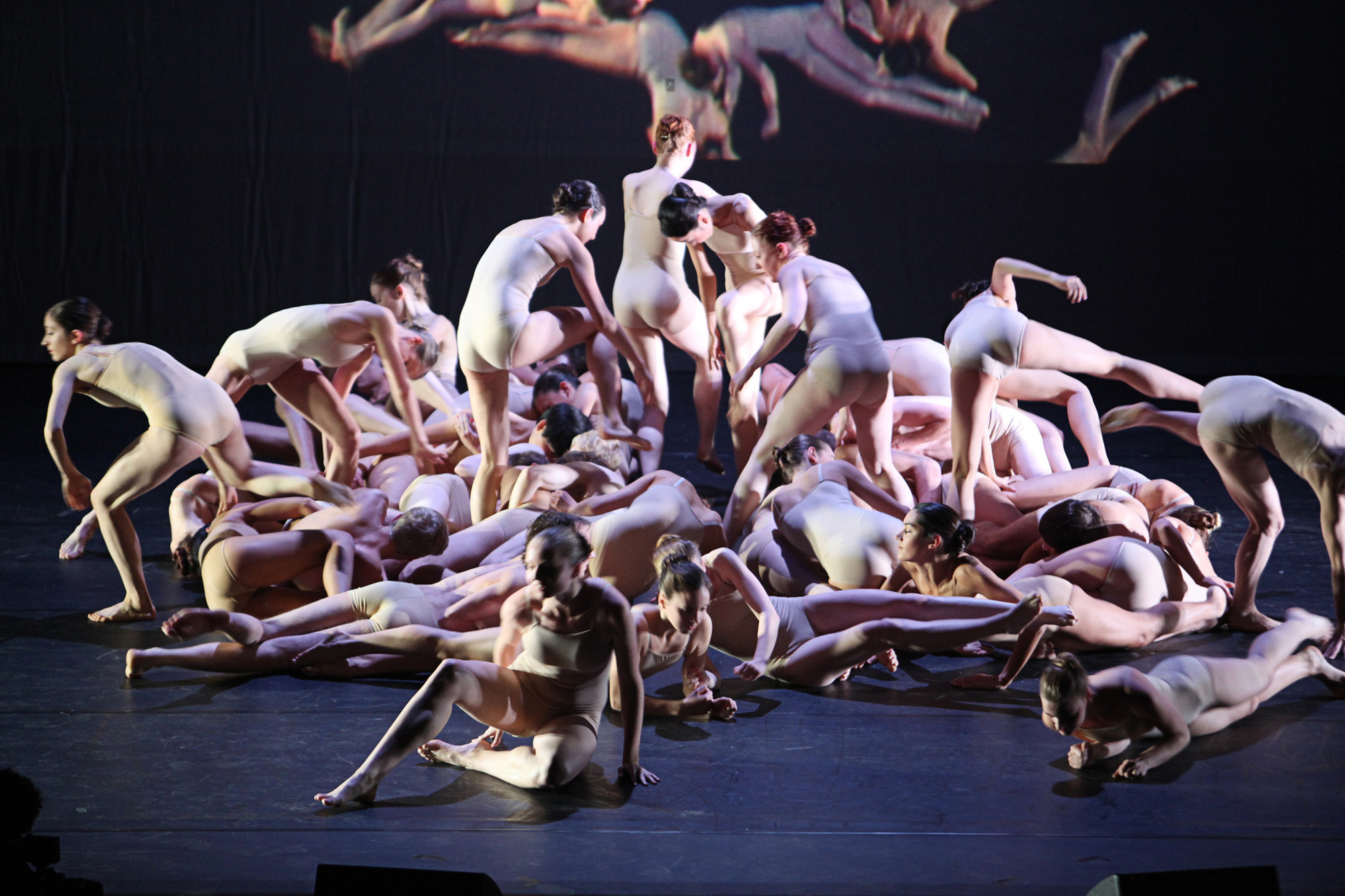 How do you create and keep excitement around the theme #BigQuestions?

We use a bigquestions column, where we (experts, communications team, speakers, past speakers) give answers to certain questions but also engage with people to share their opinion with us.

The mechanism of asking question is a very interesting one, because it immediately creates an interaction with people at home, on social media and around the entire event. Same as on the day, we’re after the interaction with people watching via livestreams, the ones part of the seated audience as amongst each-other, to stimulate everyone to help each-other with providing answers. 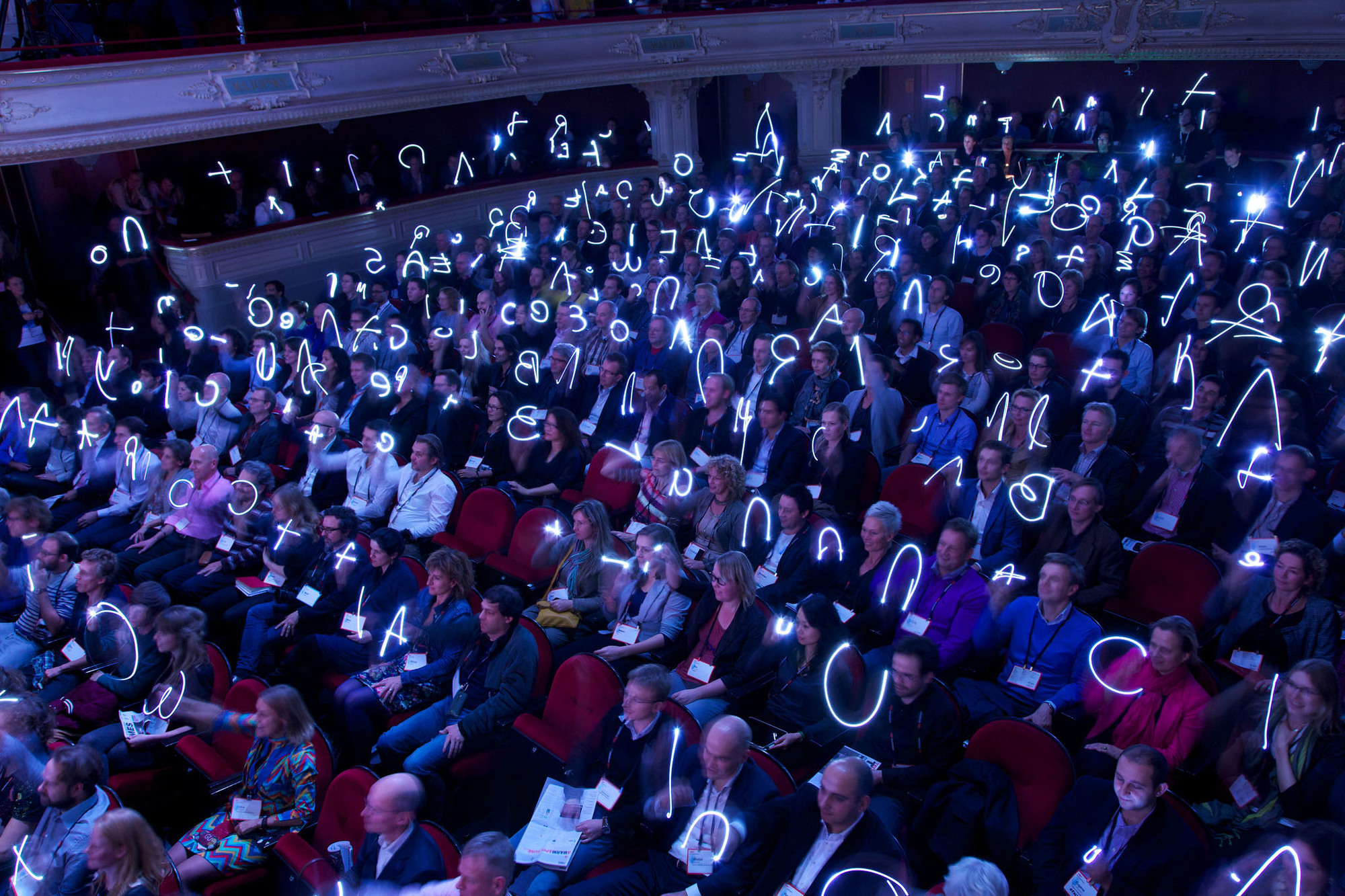 TEDxAmsterdam is an invitation-only event. You might expect that people attending are trying to get the most out of the day?

True, but we do live in a digital era. So there are always distractions, from work or friends. When was the last time you attended an event without looking at your phone the entire day?

But we believe the guest-list is just as important as the person taking the stage. And we really like to have people in the room who could potentially be a speaker one day. That’s what creates interesting connections throughout the day.

Our objective for the day is that all attendees leave with an overwhelming ‘Wow’ feeling, that they need to go home to process everything they’ve taken in. Or that they’ve used the inspiration to take new steps and turns within their lives and business. For those  who  do not have an invitation,  we have a livestream on tedx.amsterdam.

Where do you see TEDxAmsterdam in 5 years from now?

We don’t have any concrete ideas for the upcoming years, but we like to remain innovatory. TEDxAmsterdam shouldn’t be like any other TEDx and always be surprising. 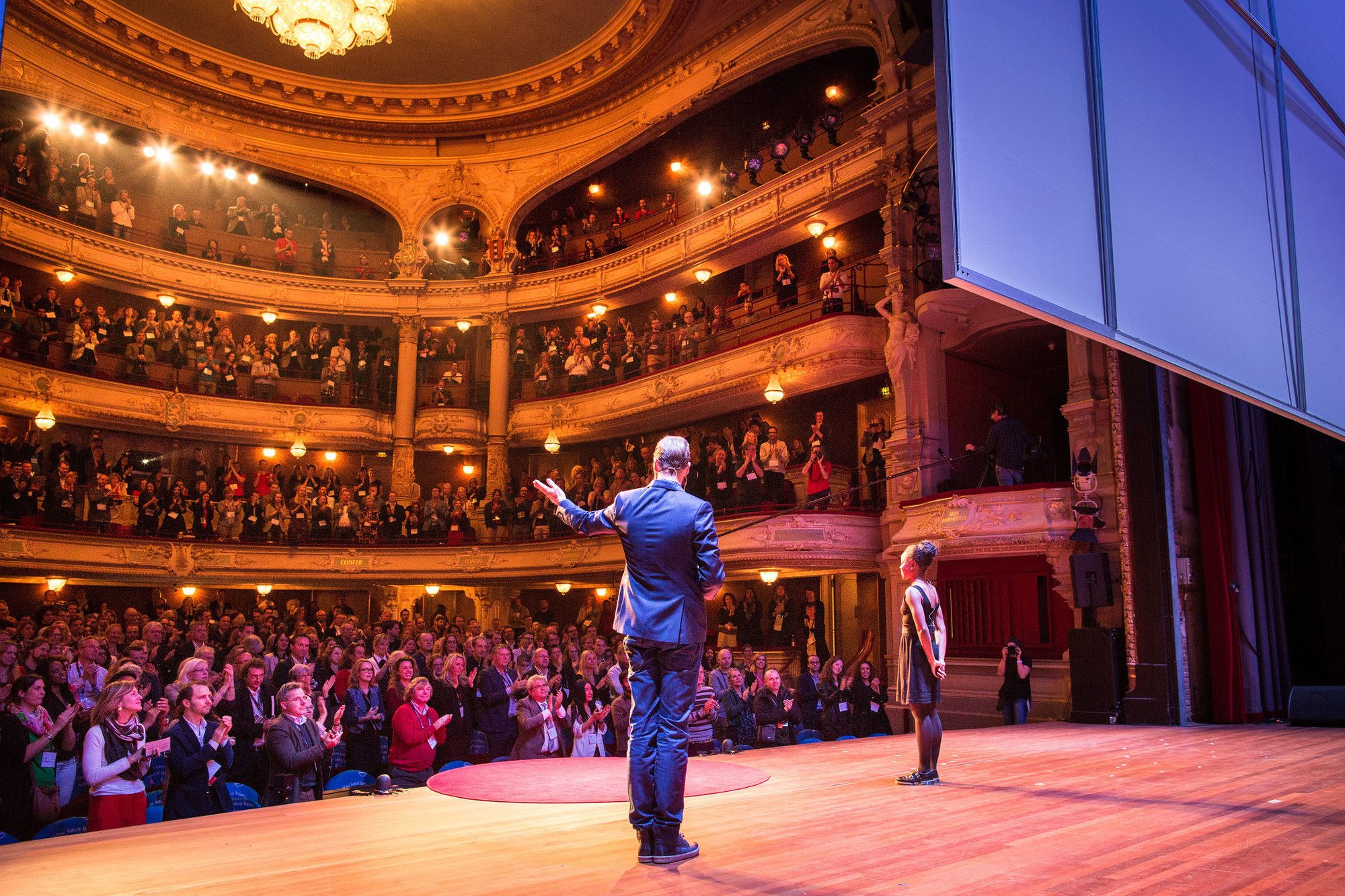 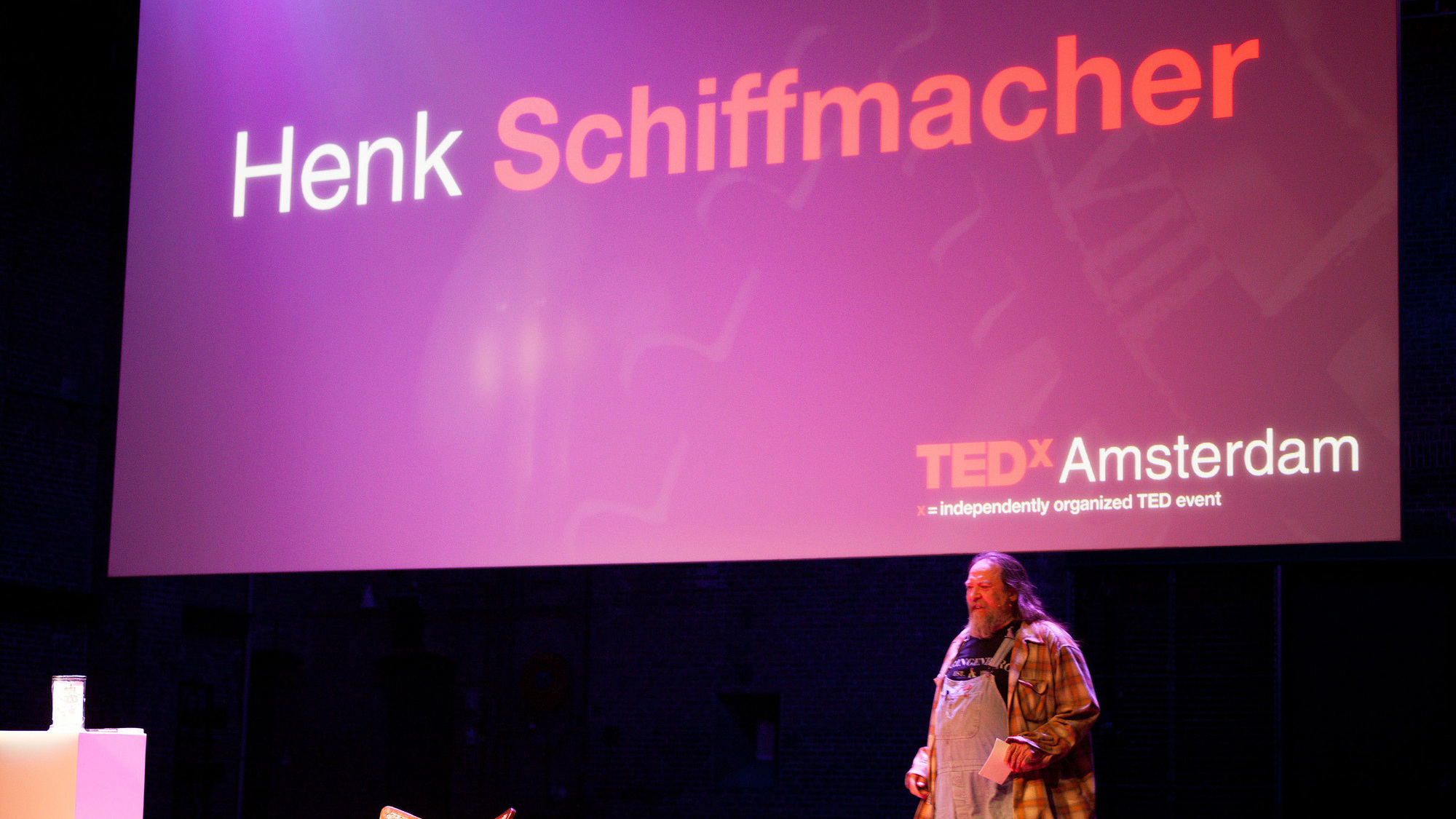 To me it really depends on the mood I’m in, the inspiration I currently need for what I’m doing at that moment. But mostly those are personal stories or around personality.

The 2014 talk by Michaela DePrince for instance: From ‘devil’s child’ to star ballerina

Or a new form of life: Theo Jansen that you can visit in the Netherlands.

Let’s not finish this interview with an answer: what’s your #BigQuestion?

What can we do today to make a difference tomorrow? 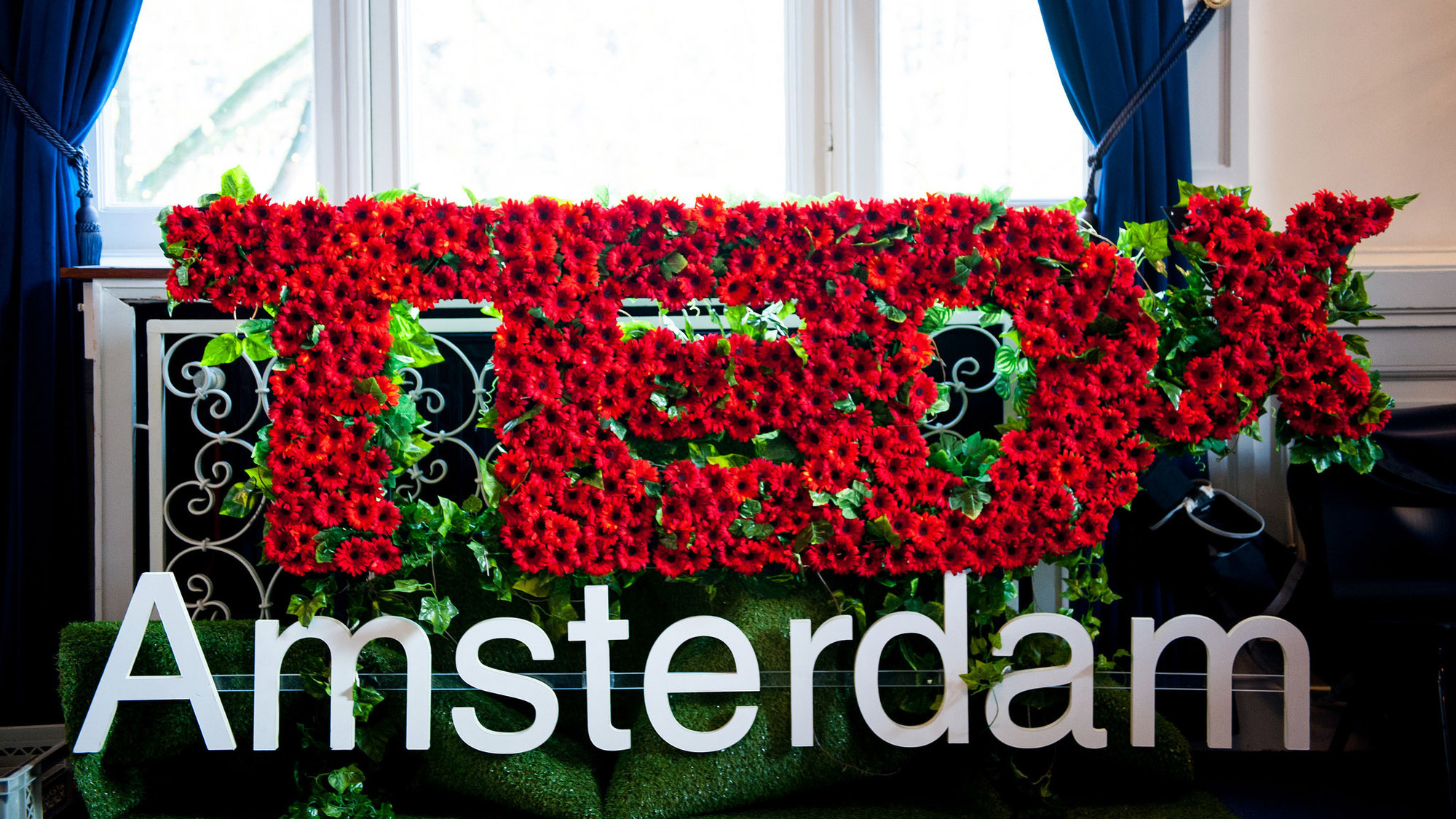 Thank you Anne for sharing all these insights around TEDxAmsterdam with us.

TEDxAmsterdam 2015 will be taking place this Friday, 27th of November at the Stadschouwburg. Didn’t get an invite? Check various locations in Amsterdam where you can take-part in on of the livestreams.

I’m personally looking forward to hearing all the answers!