The 5 most favourite Artisanal Coffee Houses in Minneapolis

City correspondent Waqar spent an entire weekend visiting coffee houses in Minneapolis. Here are his 5 most favourite ones...

Maybe it’s the long winter, maybe it’s the Scandinavian heritage of many locals, Minnesota happens to be home to not one but two national and international coffee franchises – Caribou Coffee and Dunn Bros. It should come as no surprise therefore, that Minneapolis has contributed to the trend of artisanal coffeehouses, as well.

For this piece, over the course of one long weekend, I visited ten independent coffee houses in Minneapolis, and sampled their current fare. In no order, below are my top five choices among. 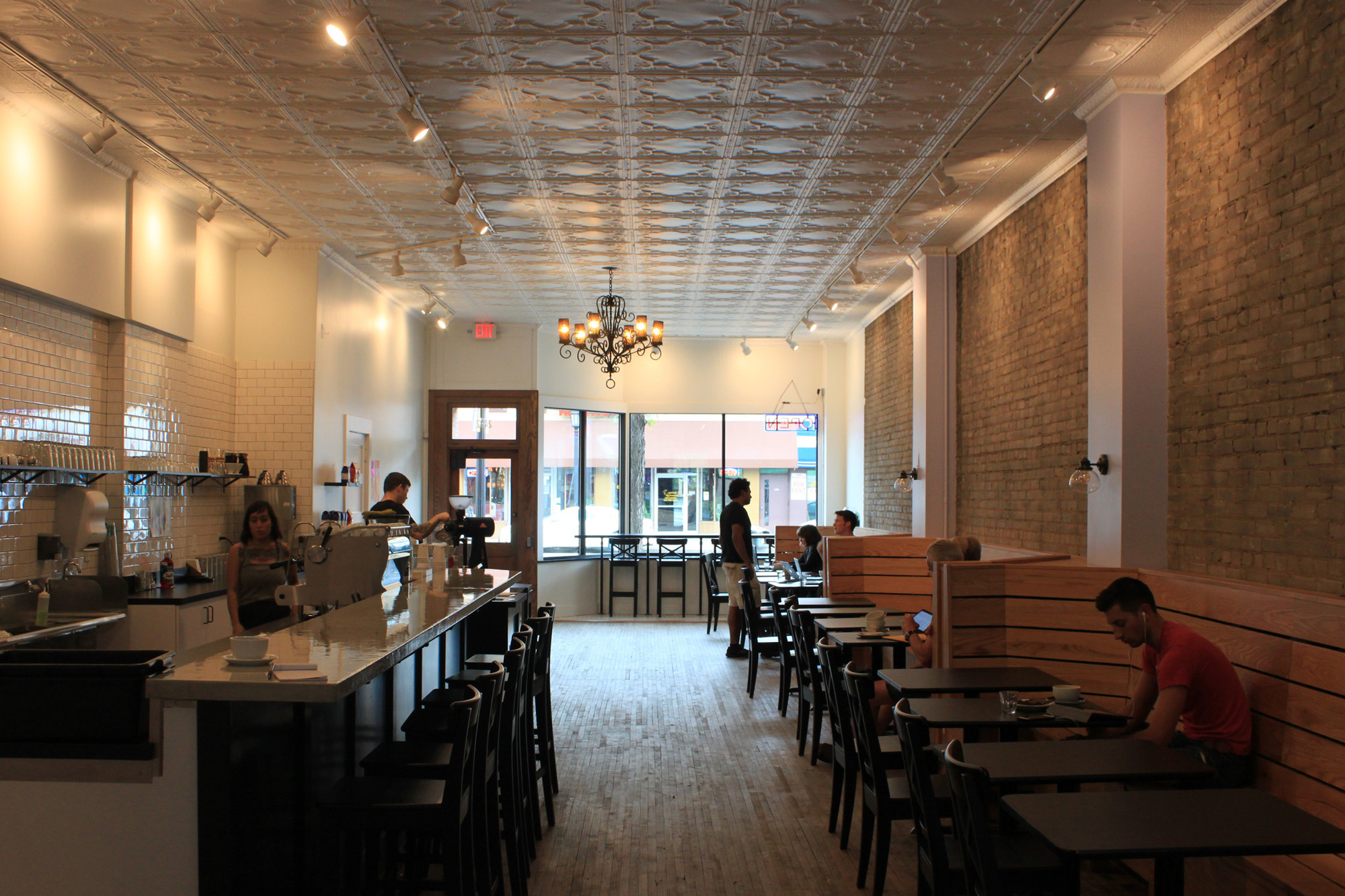 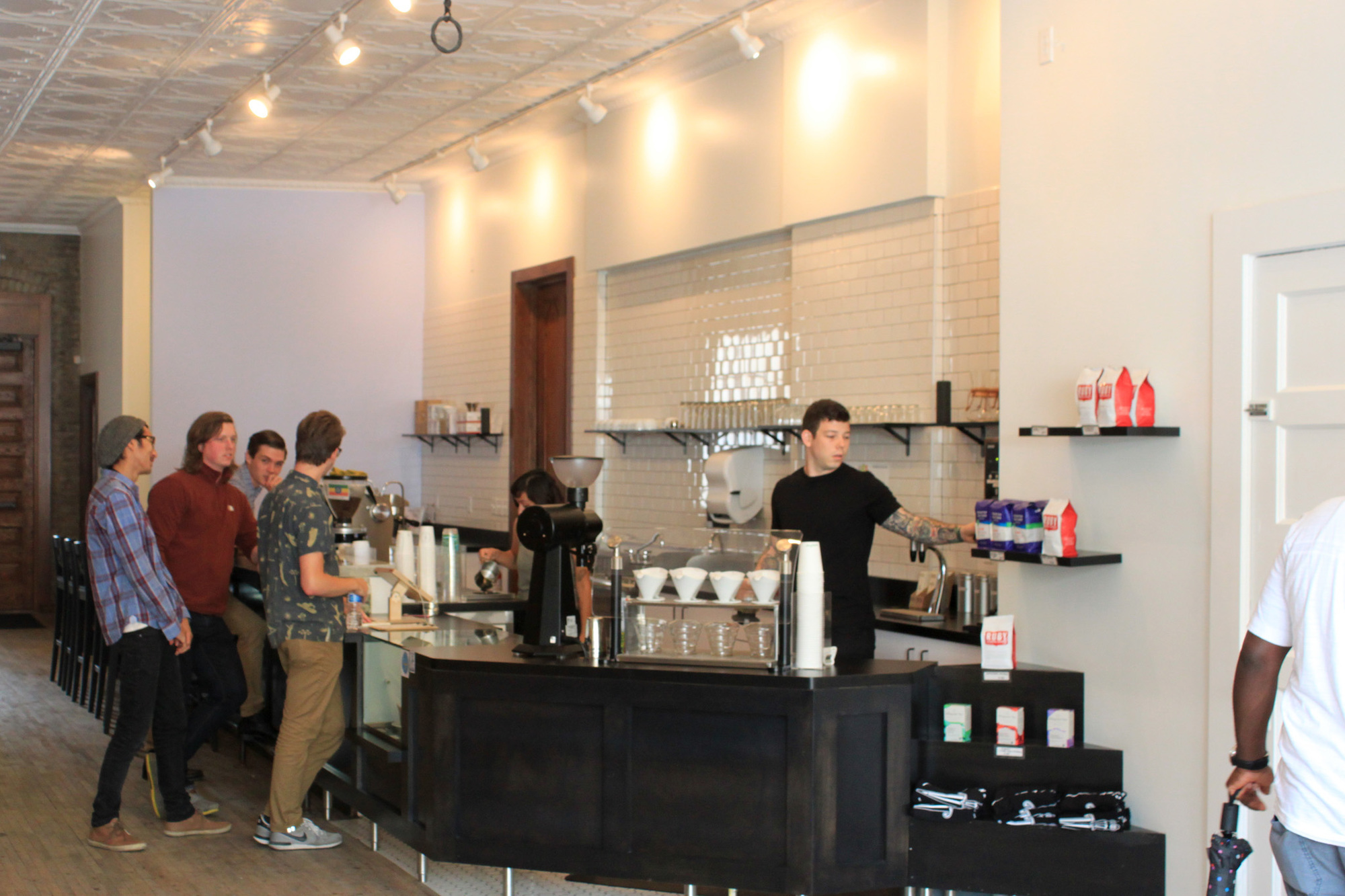 Anelace Coffee is the newest member in the pack of craft coffee houses in Minneapolis.  The café founded by Eric Olney and Caitlin Shrestha celebrated its six-month anniversary in August. The first business venture by either, Anelace offers a neighborhood alternative for the growing population of the Northeast. The café specializes in Japanese-style slow drip and uses beans from rotating roasters.

A bright white interior, beautiful chandelier, and helpful baristas add to the character of this increasingly popular Central Avenue spot.

Music playing at the time: Whitesands by The Fabulous Three 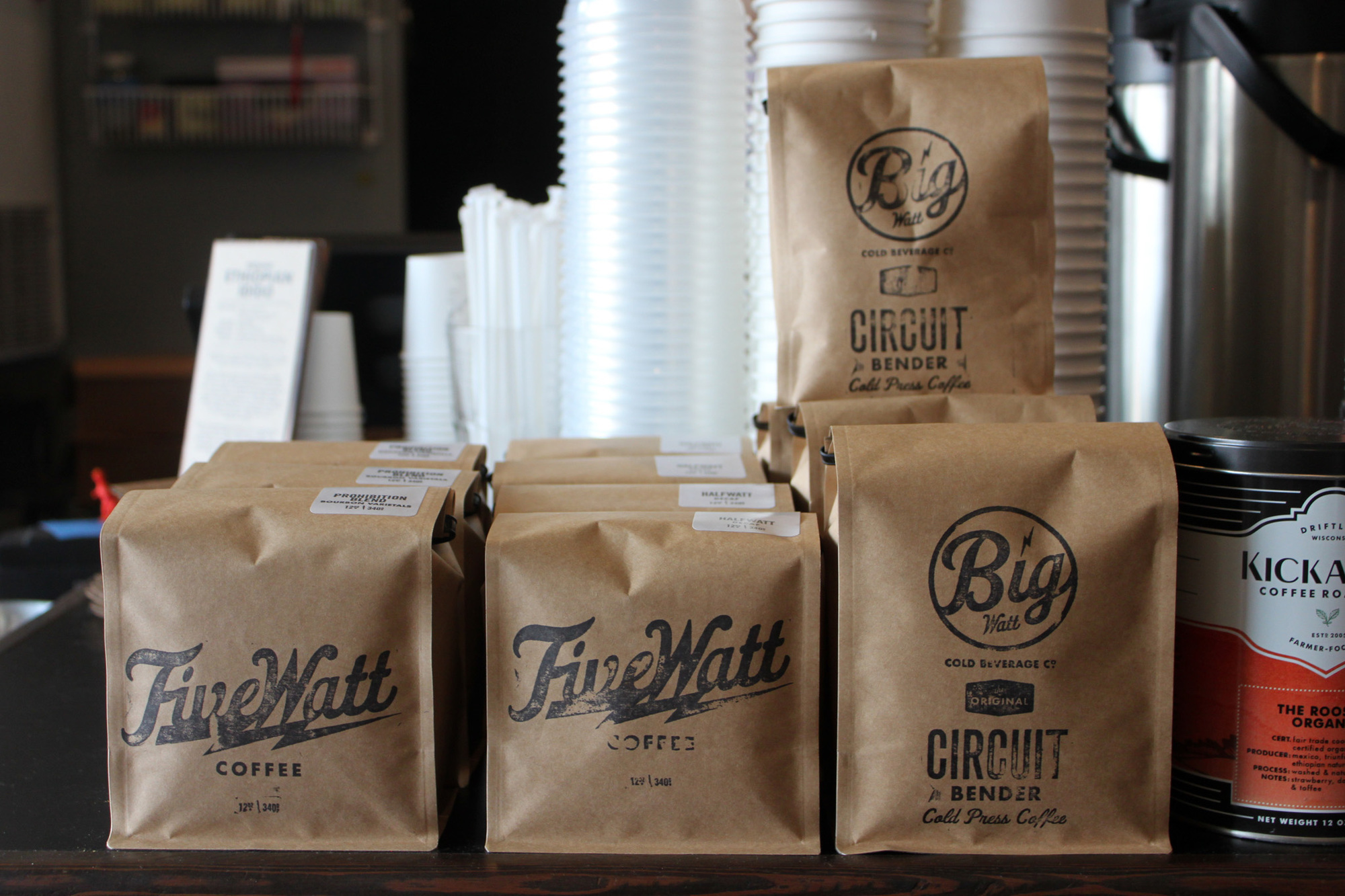 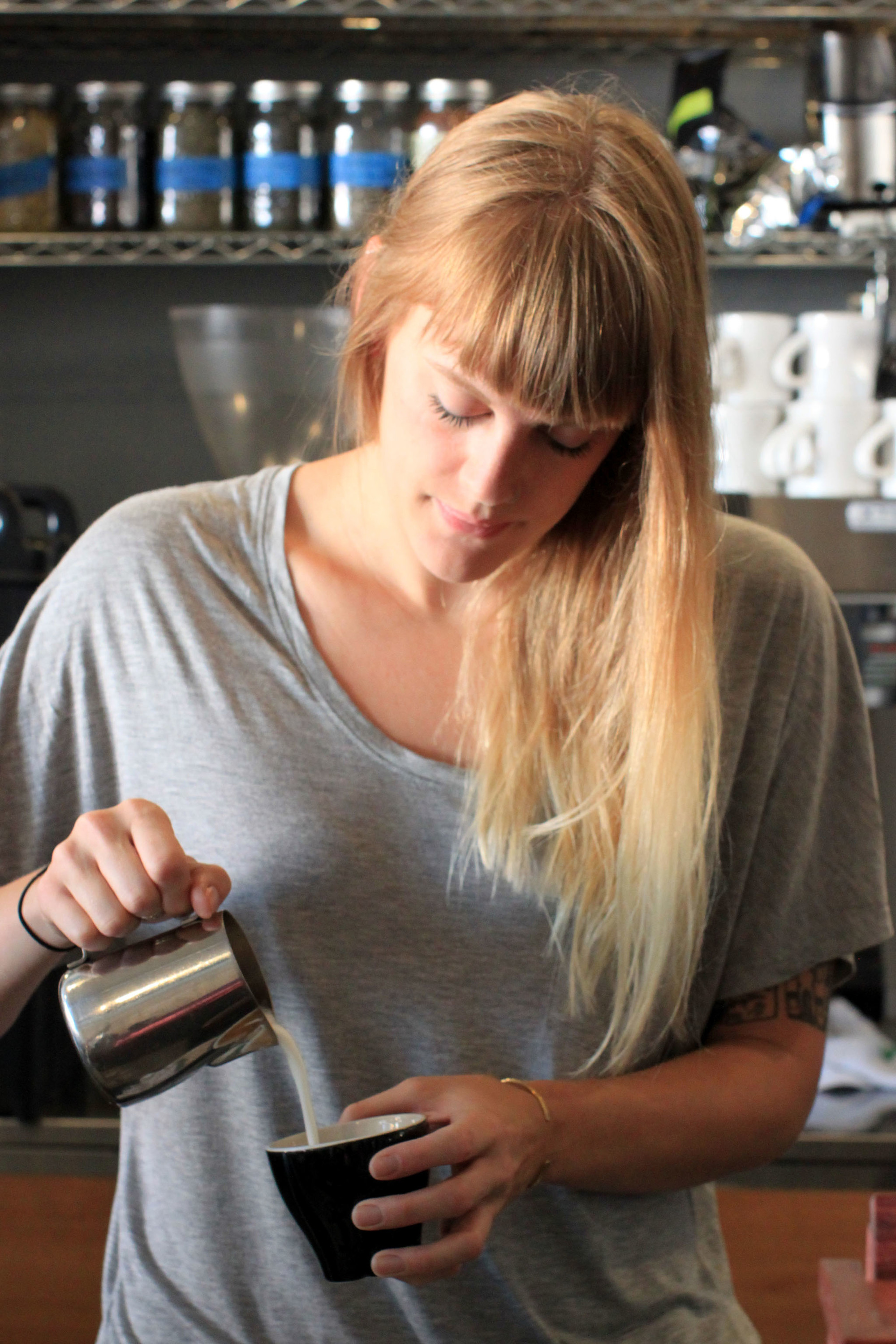 Co-owned by Lee Carter and Caleb Garn, Five Watt Coffee has been a bright and welcoming addition to the Kingfield neighborhood of Minneapolis since its opening in early 2014.

Over a cold press on a Sunday morning, Garn noted that the typical demographic of clientele at this location is typically 25 and over. The name “Five Watt” refers to a record label Garn previously owned. Five Watt takes pride in offering innovative flavors by adding cocktail bitters to its brews. Five Watt’s next big thing coming to a store near you: cold press coffee cans.

Music playing at the time: Are You A Hypnotist by Flaming Lips 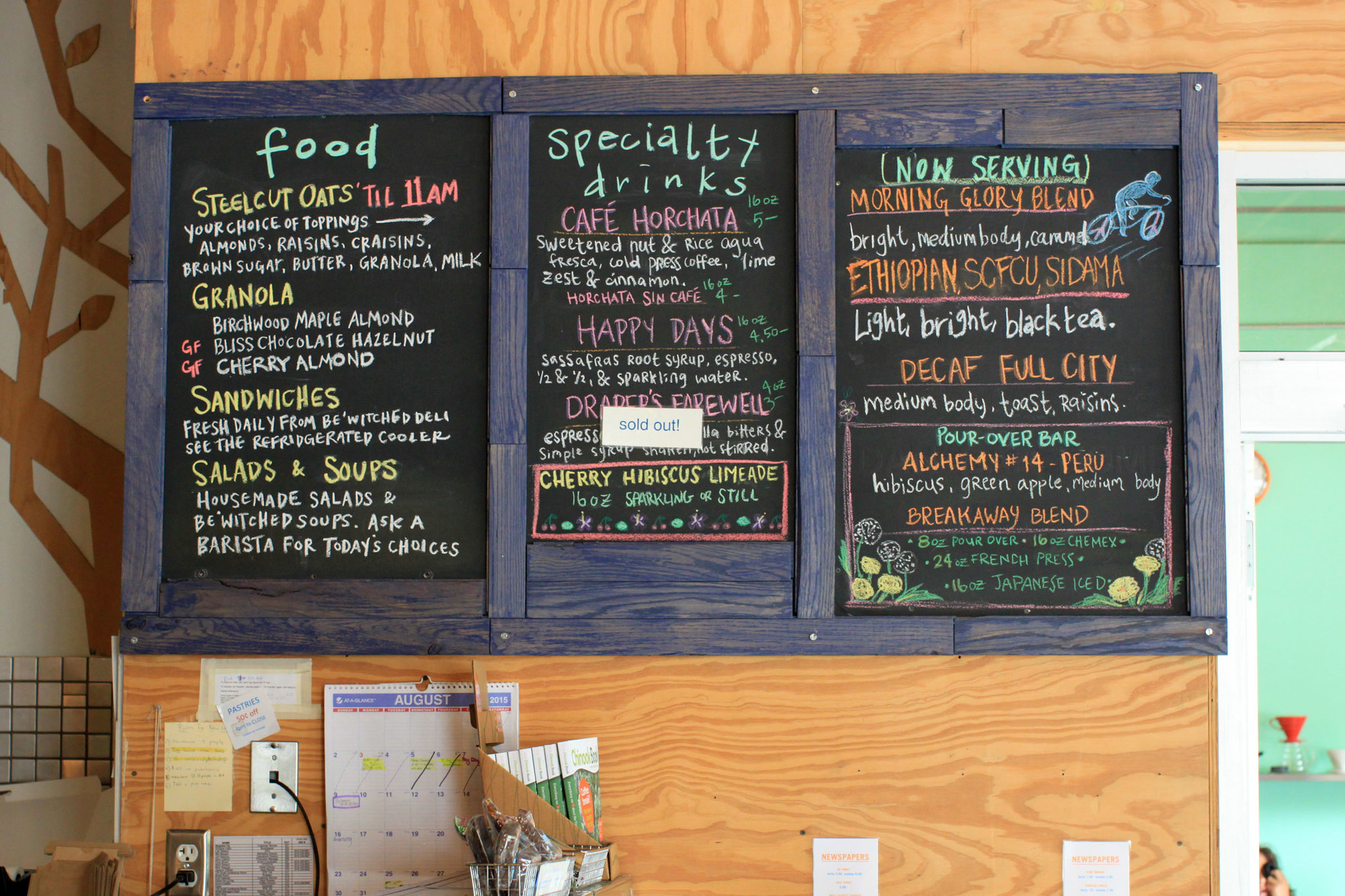 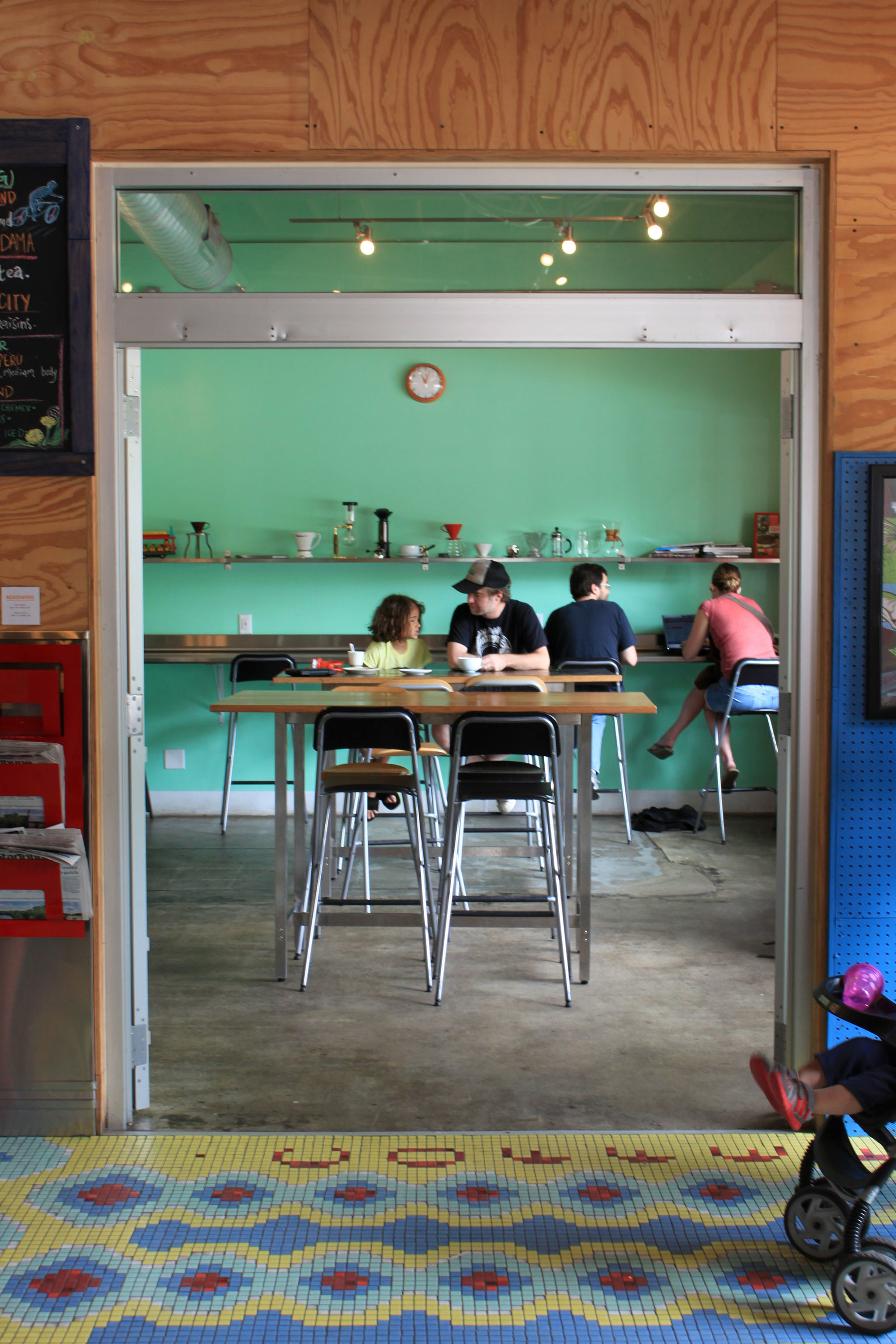 Although in existence as a supplier of fair-trade coffee beans across the country since 1996, Peace Coffee opened its first retail location in 2010 in the Longfellow neighborhood.

The specialty drink menu changes every 3-months with Café Horchata as the current favorite. Harvest Moon Latte, containing actual pumpkin pulp, will be the next addition to the menu.

According to Jackson O’Brien, the head barista at the flagship store, beans come from 16 farmer co-ops across the world.

Music playing at the time: inaudible but anything by Neil Young is always welcomed by the patrons and staff, according to O’brien. 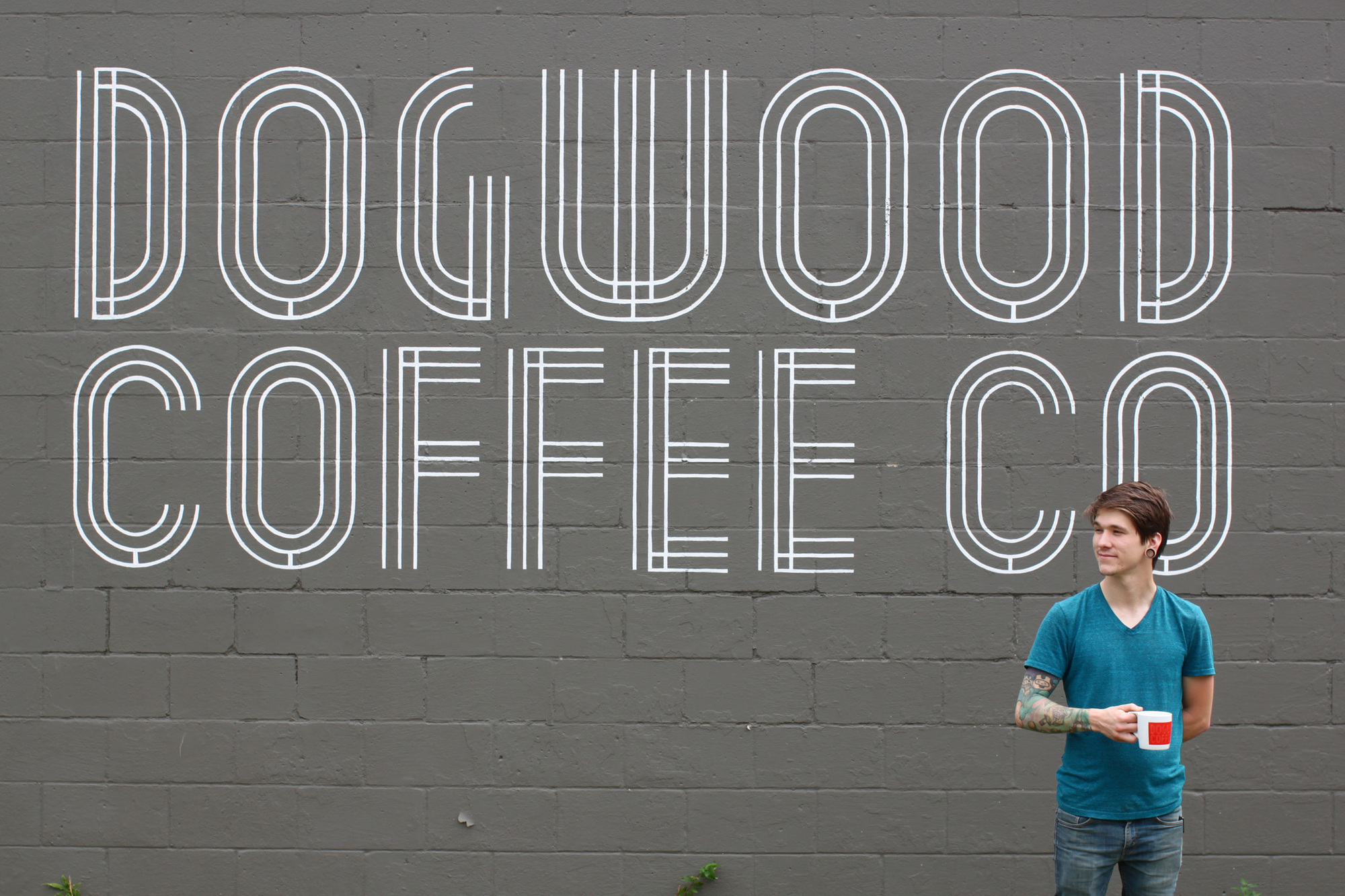 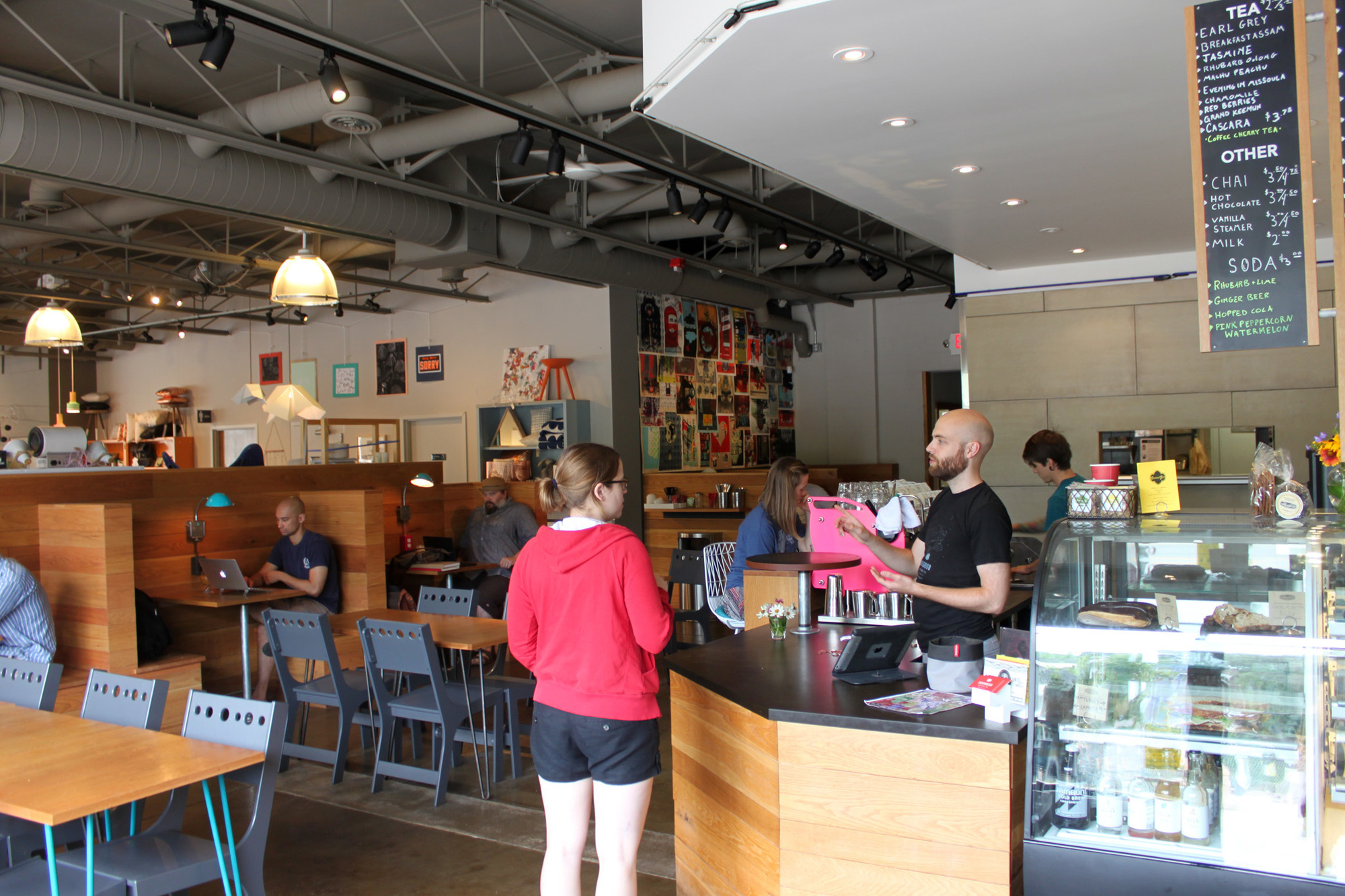 ‘We approach coffee with humility, and welcome all,’ Bryant Scannell, barista at Dogwood Café responded when asked how to describe Dogwood Café.  In existence with a retail front since 2014, Lake Street location of Dogwood Coffee shares its location with Forage, the modern home décor boutique. Dogwood sources its beans directly from a number of growers.

The friendly and welcoming staff makes this coffeehouse not just an extension of your home décor shopping stop but a destination for quality coffee in a relaxed atmosphere.

Dogwood Coffee announced this week its entry into Canada with a location in Winnipeg, Manitoba.

Music playing at the time: Synthetica by Metric 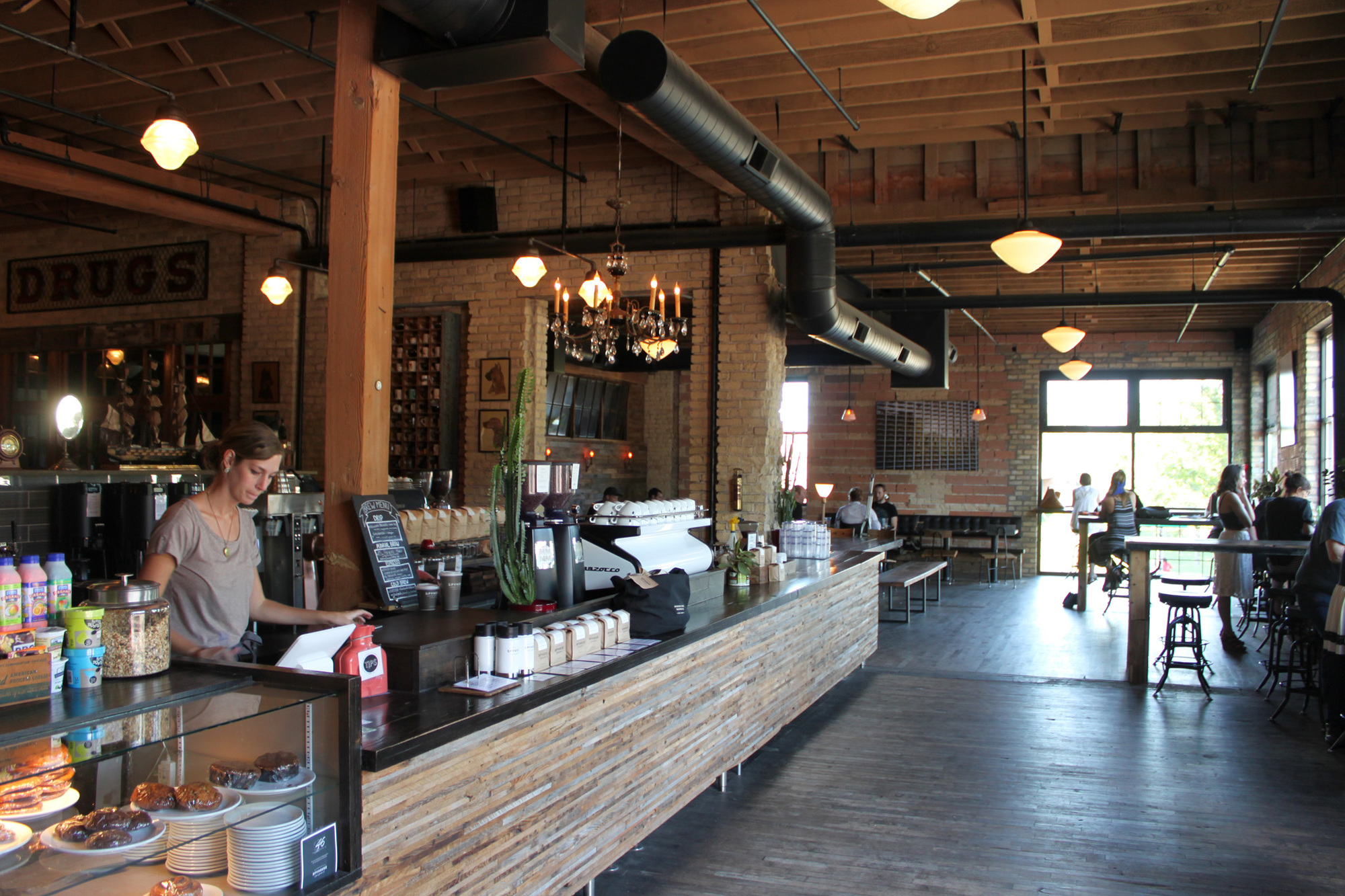 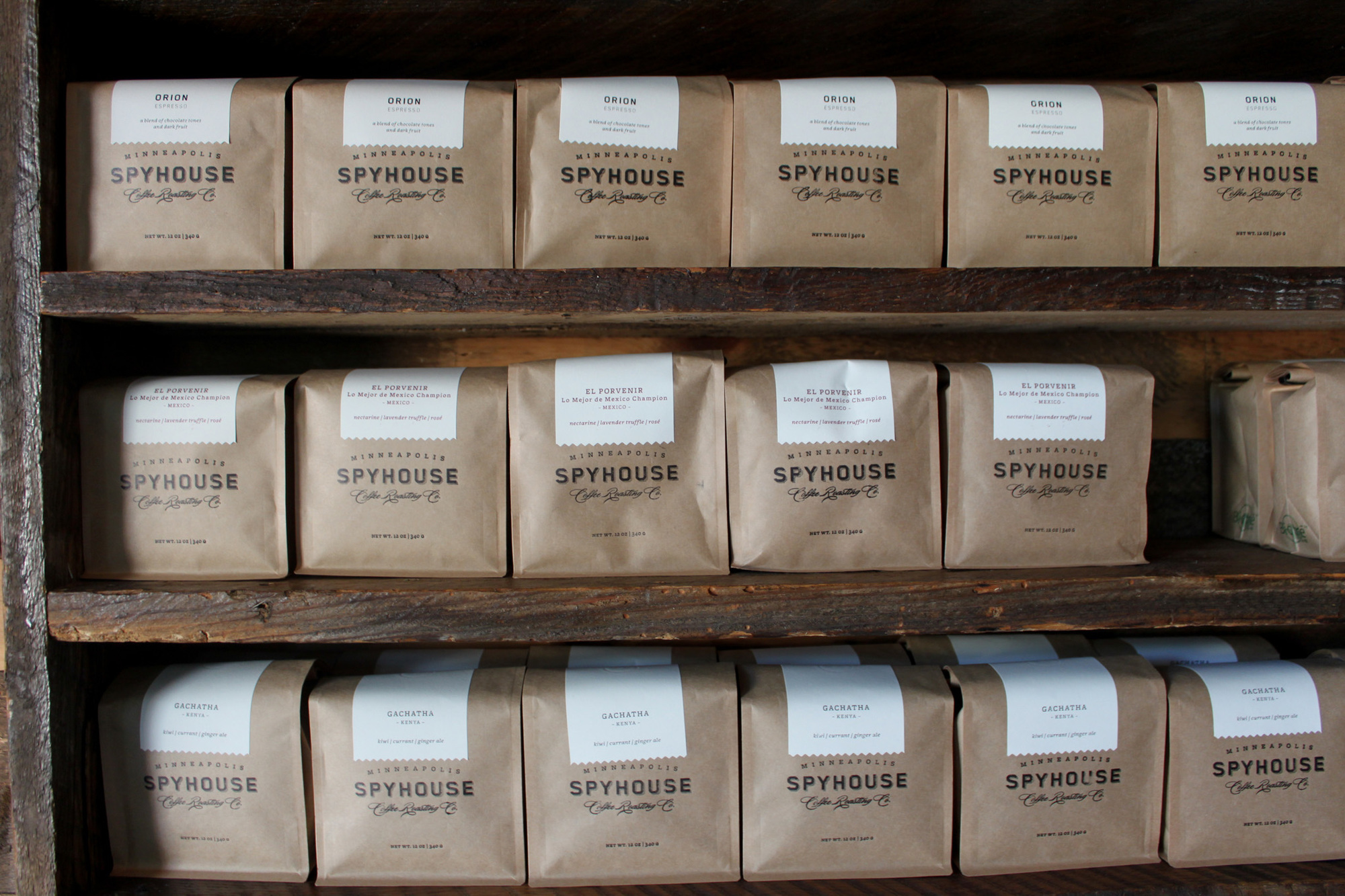 While the Northeast location is its third, it is unarguably the most popular among the four Spyhouse locations. The character of this repurposed warehouse is enhanced by retaining original floors, floor-to-ceiling windows, and adding barn furniture. ‘Rustic charm’ may be one way to sum up the décor. The space has been offering a perfect setting for latte gram for instagrammers since its opening in the fall of 2013.

Music playing at the time: One Two by The Cool Kids

I hope you've enjoyed and will enjoy my 5 favourite coffee places whenever you're in Minneapolis. Here some other interesting reads to check out: