Amsterdam’s idea of a good night out looks to be exchanging two-steps and strobe lighting for whole wheels of cheese, and correspondent Robyn couldn’t be happier.

Last year, during the exasperating cocktail of chaos that is Amsterdam Dance Event, I attended an event that continues stands out in my, somewhat, clouded memory. Not only was the night kicked off by a sensory dining experience with a scientific twist; but on arrival, attendees were given a uniquely scented locker in which to place their belongings and a colorful fabric wristband with a hidden technological twist.

These intricate wristbands monitored guests heartbeats throughout the night, using the data to provide each party-goer with an interactive map of their evening, including the songs that got their blood pumping. To be fair, the event was hosted by Red Bull, so a racing heart rate was kind of a given.... 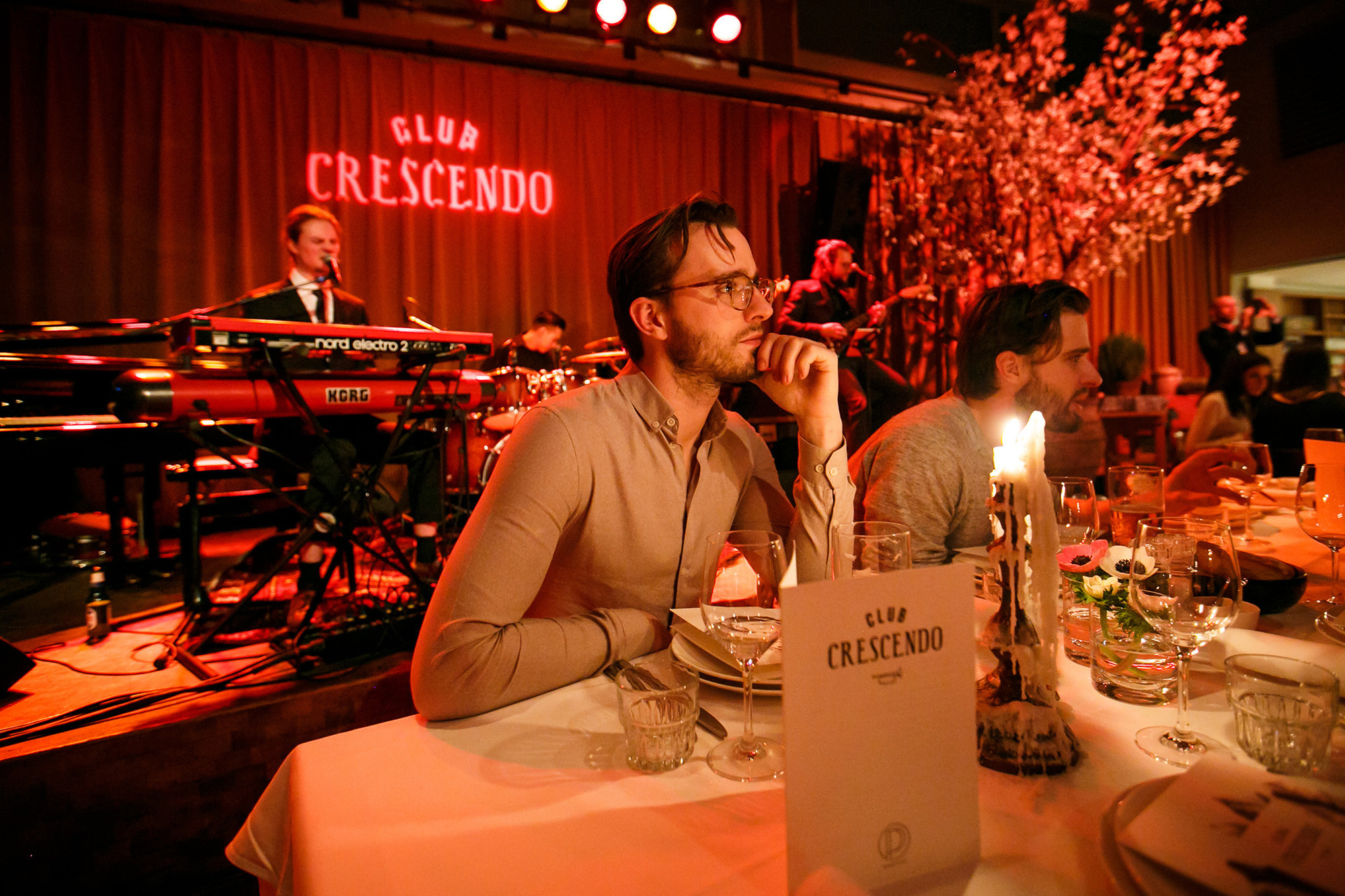 For the last couple of years in the digital world, there’s been this idea that we are no longer living in the Information Age but have, in fact, shifted into what is commonly being referred to as the Experience Age. And I believe Amsterdam’s party scene is following suit.

Today’s society is seeking omnichannel experiences on demand, and it’s no longer limited to our connected devices. In fact, I think this can also be applied to a new kind of social scene, erupting from the entrepreneurial and millennial minds of Amsterdam citizens. And it’s not just limited to night time fun. Take a look at The Port Game. Describing itself as an unforgettable day of play, this immersive gaming experience is an escape room without the walls. Guests must complete a series of intricate tasks against the clock in order to collect enough points to power an artificial intelligence source and, trust me, it’s a real adrenaline rush. 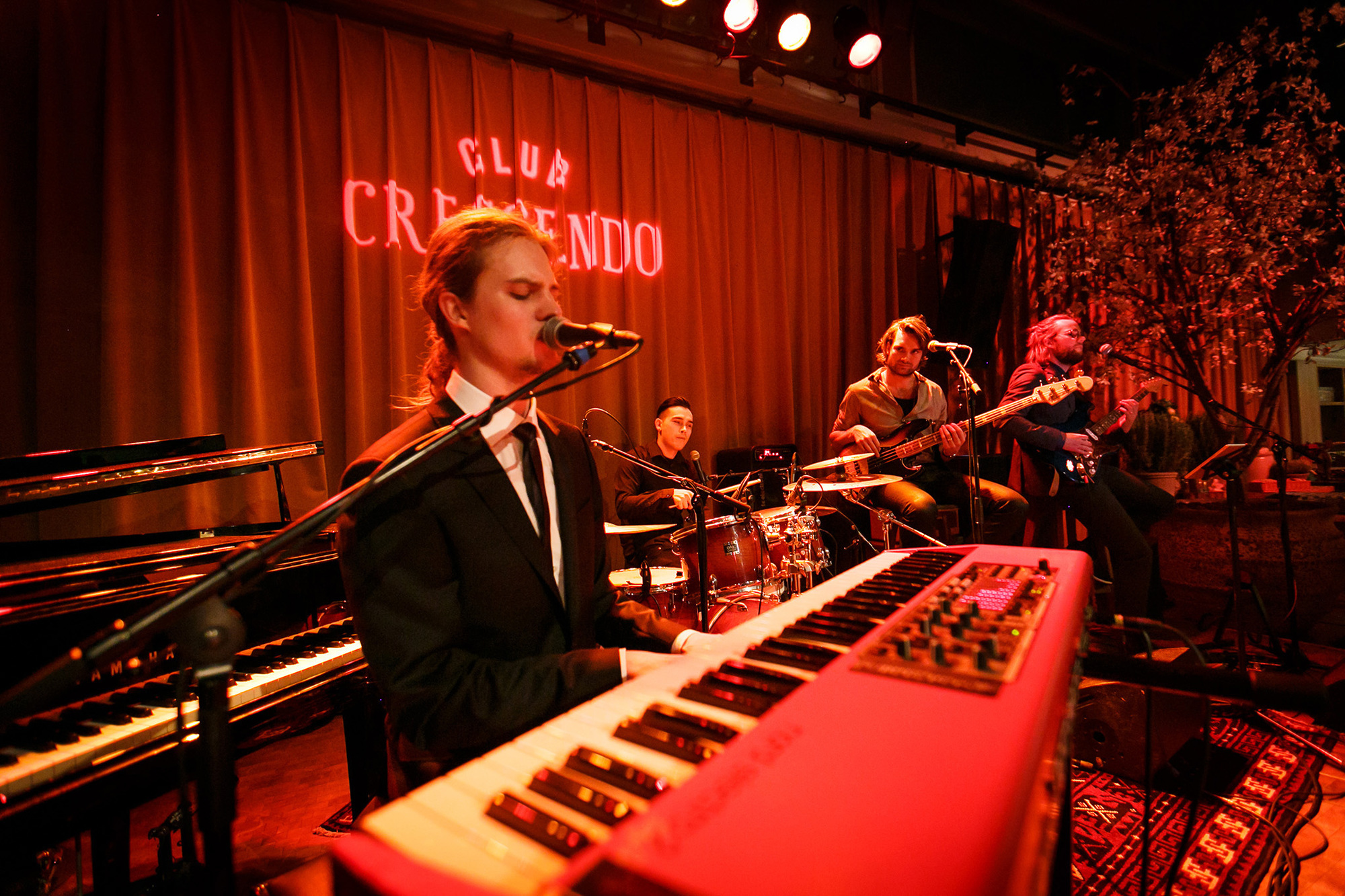 It’s apparent there’s been an influx of social concepts in Amsterdam that curate a whole experience for guests. And Club Crescendo is no exception.

Have you ever seen those Italian chefs that not only rustle up the most divine fresh pasta but the second it’s ready they toss it inside a giant wheel of cheese? Thanks to the warmth of the fresh pasta and with a little help from an alcohol-fed flame, cheese from the wheel melt into the pasta and with every turn each individual strand are coated with gloriously smooth, melted cheese. Mouth watering yet? 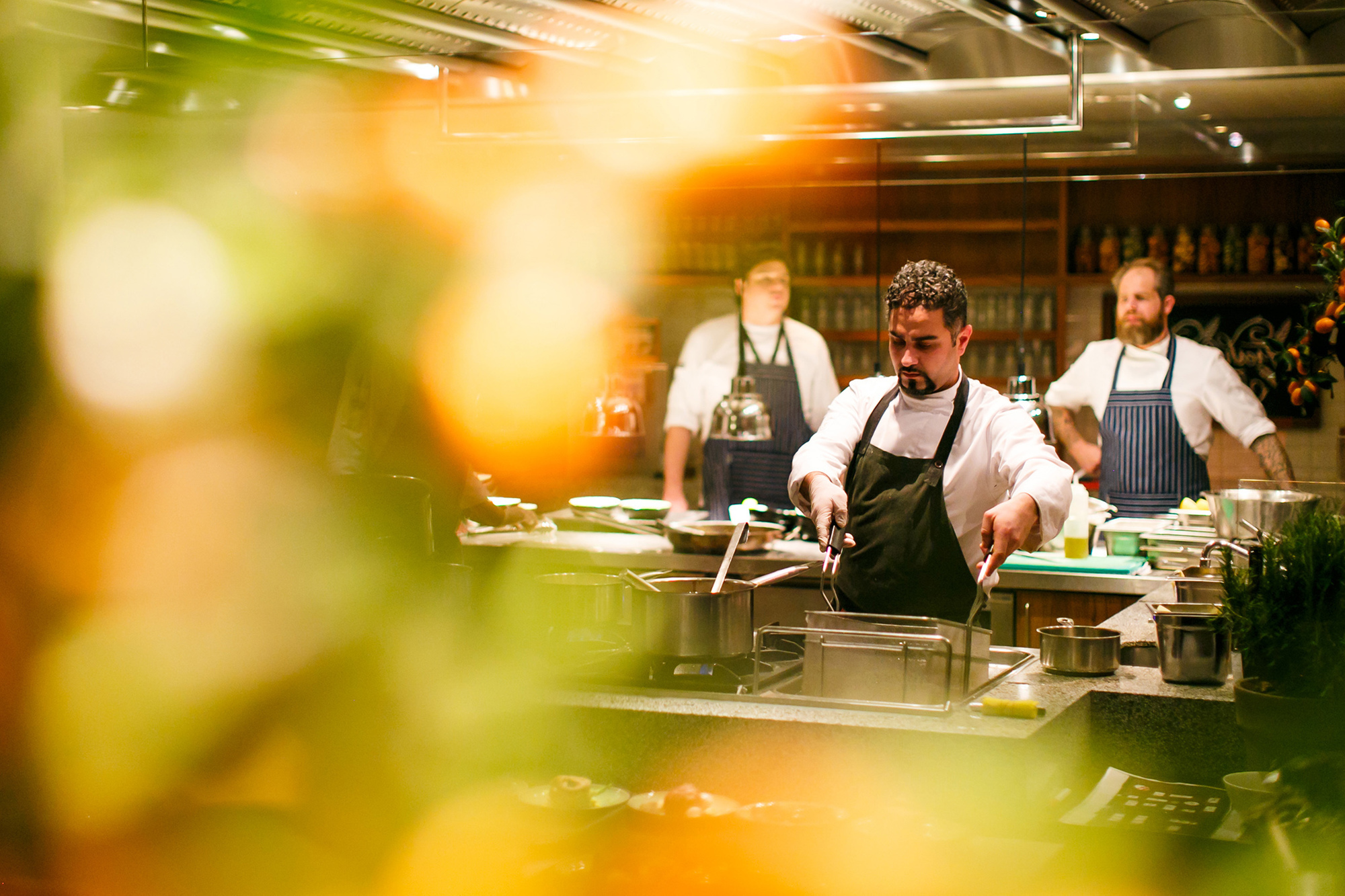 Now, imagine this offering as the centerpiece of your table, surrounded by a smaller selection of dishes. Steak Tartare, Calamari, Pan-fried Red Mullet. As you dig in, the live band that has provided an intimate backdrop to the clinks of glasses and enthusiastic chit chat of the shared tables breaks into a smooth rendition of JT’s Cry Me a River. Meanwhile, an attentive waitress silently slips over your right shoulder to top up that glass of deep, Italian red.

This is experiential dining. All my senses are engaged.

A pop-up dining concept, Club Crescendo has taken over the elusive People’s Place for just three Fridays over a three month period. And what’s more, if you’re not down to dine, Club Crescendo welcomes guests even after the plates are clean and the lights are dimmed. Join the party as the band picks up the pace and guests ardently meander between the dancefloor and the cocktail bar. 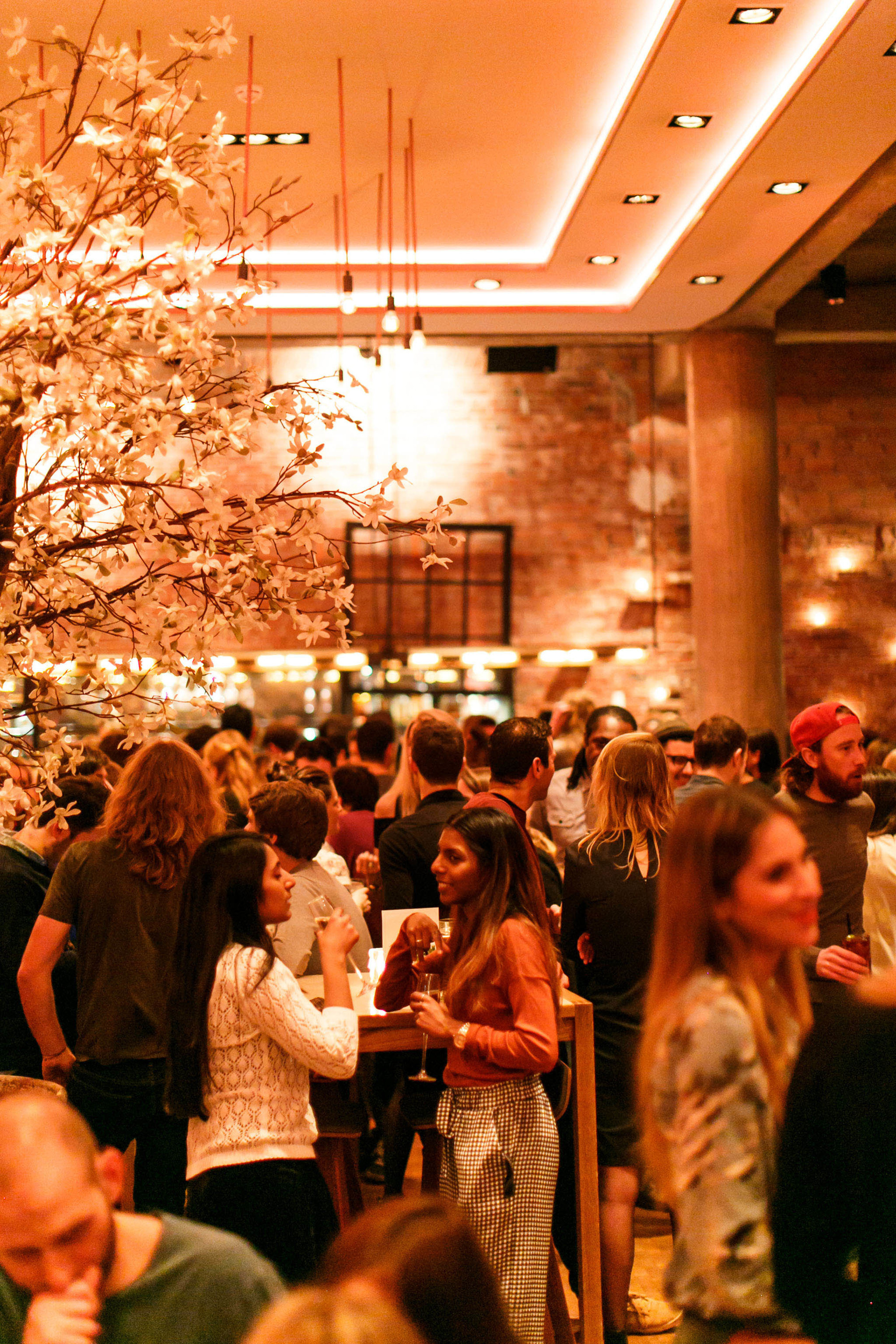 Before their next edition on 24th March, I managed to grab a quick few minutes with organizers Florian Gendrault and Maartje Diepstraten (more commonly known as Bart’s Boekje), and pick their brains about the Amsterdam social scene.

There’s a real focus on the Club Crescendo presenting a whole ‘experience’ - from the attentive service and shared tables to the live band - as opposed to just a simple dinner followed by loud music in a darkened room. Why did you think this was important?

We wanted to give Amsterdam an evening to share with friends, as well as maybe make some new friends. When we think about the perfect night out, we miss a place where you have it all - good food, live music, and some dancing afterward - in one place. That, to us, is Club Crescendo. 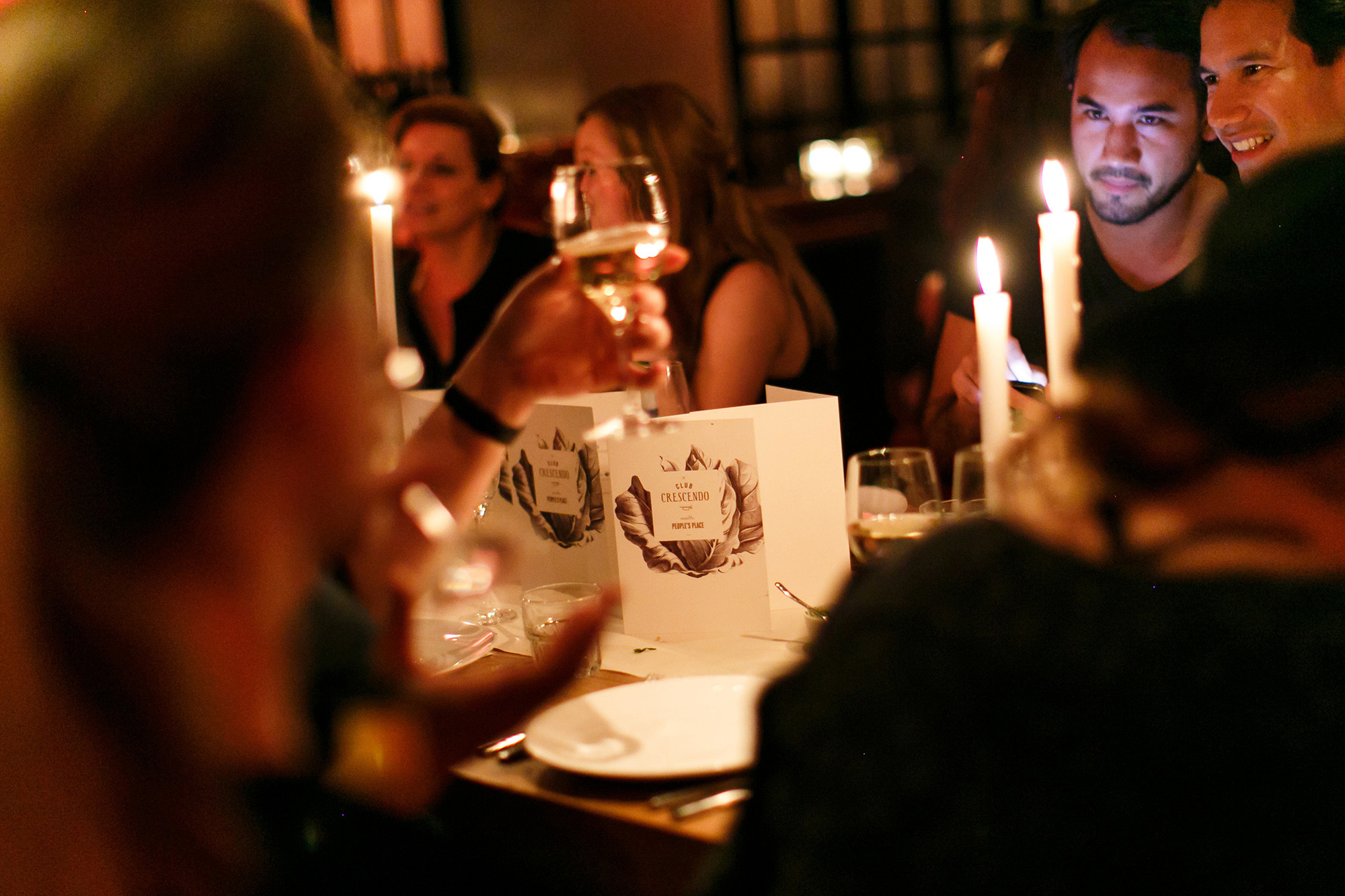 Being familiar with the events industry, and with the closing of big names like Trouw and Studio 80, do you see a change coming to the Amsterdam party scene?

In recent years, Amsterdam has certainly lost out on some good clubs. That being said, there's been a real comeback with ‘new’ spots on the scene like De School, Shelter, and Claire. Alongside this, there’s been an increase in ‘hit’ parties that pump out different old school classics. It’s quite fun to see, two completely different concepts.

These parties focus more on nightlife (00:00 to 07:00), however, there’s still a large group of people in Amsterdam who want to spend their time with friends until max 01:00 - so they can still function the next day! This is where Club Crescendo comes in, offering a full experience of eating, drinking, and dancing, where you can go home feeling totally fulfilled. 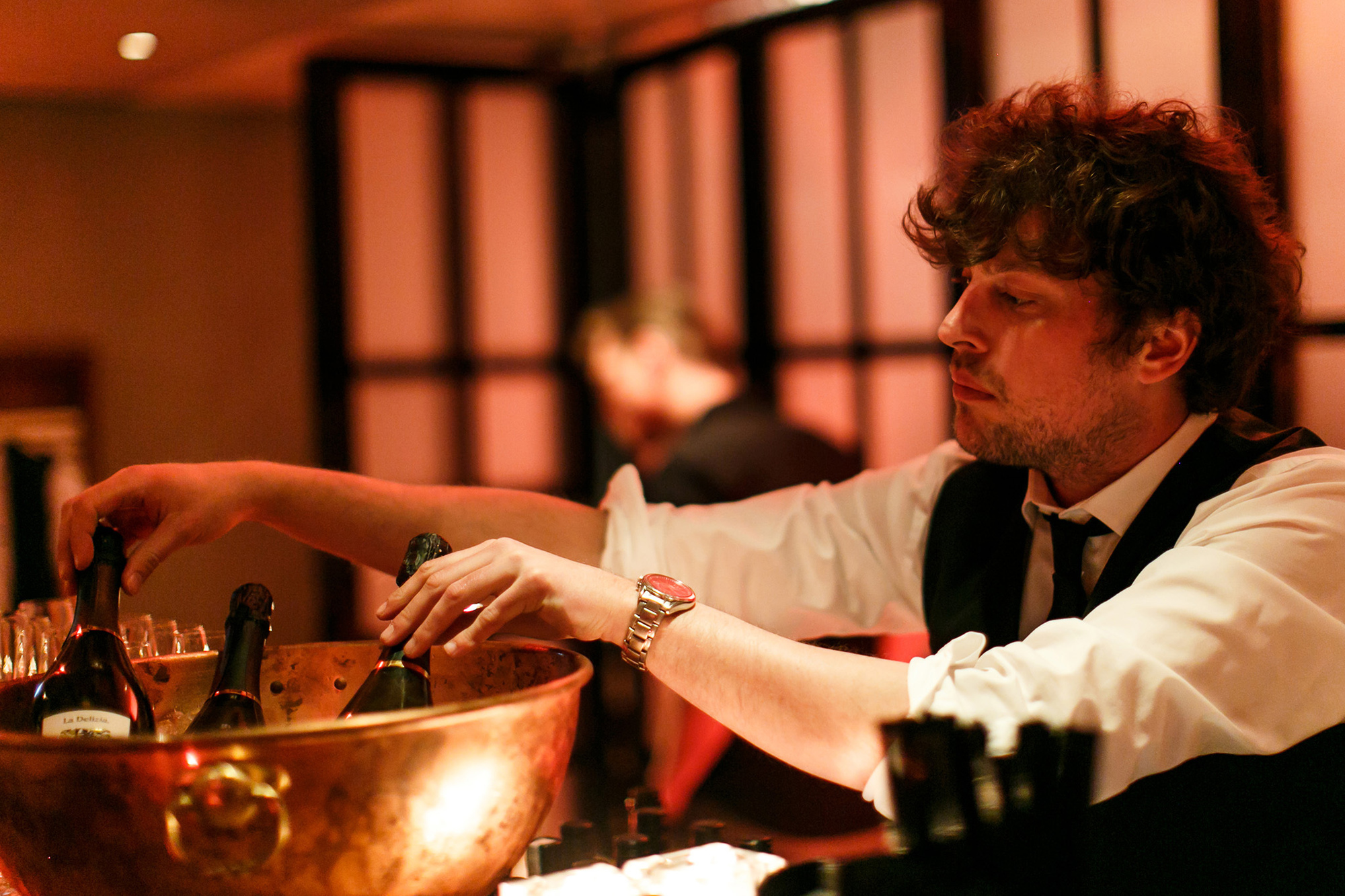 Club Crescendo will only be popping up at People’s Place three times, do you have any plans to take the concept further?

If Club Crescendo is a success, we would love to take the concept further on indeed. We will see!

Experience partying certainly feels like a trend that isn’t going anywhere. And the venues that epitomize the electronic and house culture so synonymous with this city continue to close in favour of more intimate and artisan events, the introvert inside me is filling with glee. 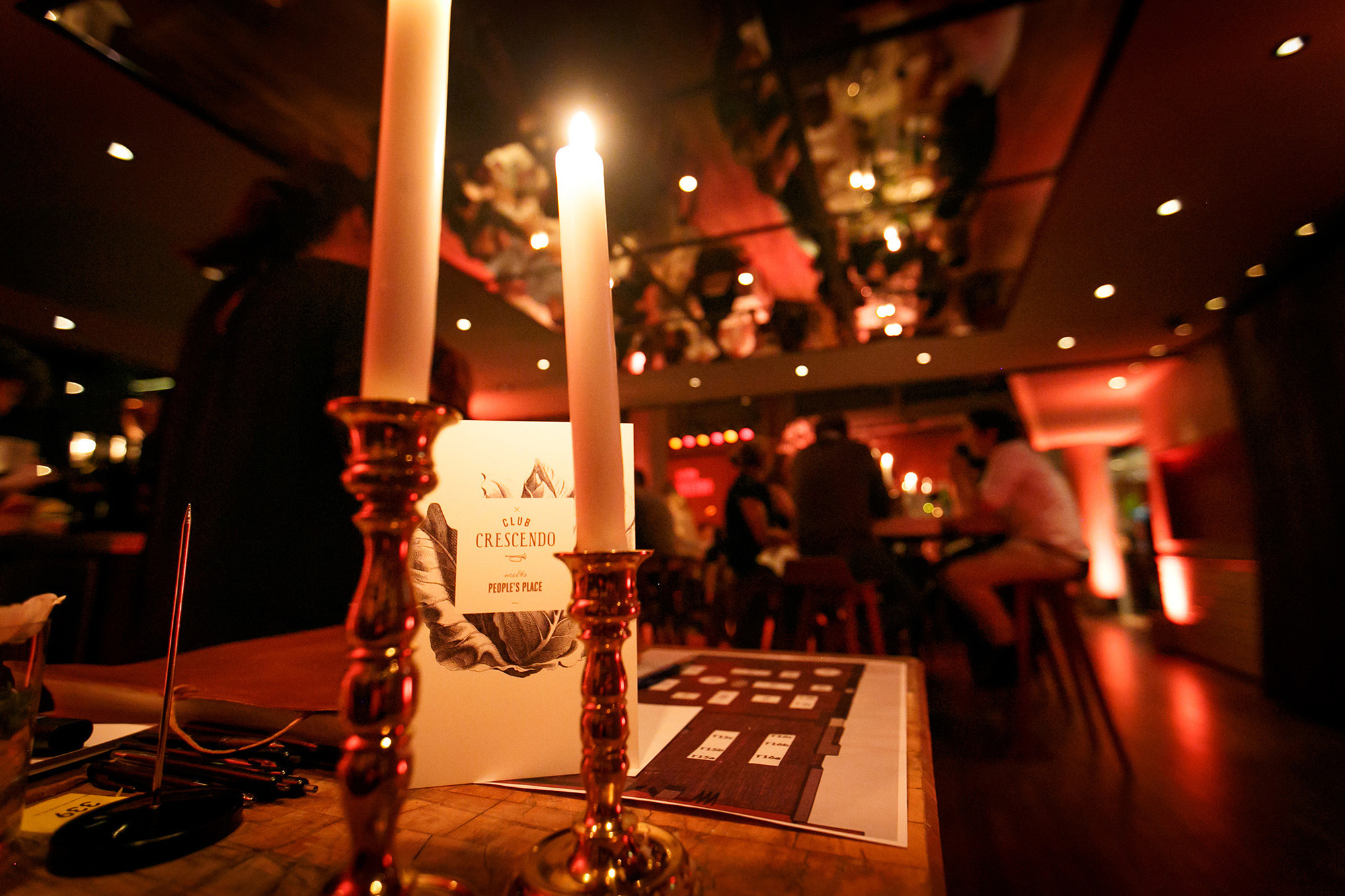 Plus eating from a whole wheel of cheese? That’s been long-approved by Ron Burgundy, and I’ll take that as gospel.