Captains Maëlle & Charlotte introduce their city through the perspectives of its people and the culture of its places. Welcome, to Copenhagen!

It’s 13 o’clock. Kamilla is on her way to Folkets Hus, a former squat converted into a user controlled communal house. Folkets Hus is located in the heart of Nørrebro, where she lives, so it is a short bike ride for her.

Kamilla is 24, and she has recently started studying carpentry after some years of travelling in Asia. She is going to attend a meeting with members of different associations whom will discuss the organisation of a civil disobedience protest movement to fight against global warming.

Superkillen, or the “Red Square”, in Nørrebro.

It won’t be her first experience of civil disobedience, and she has actually been raised in this atmosphere; Nørrebro is well-known for its activism and for the violent confrontations that erupted in the neighborhood in the 1970’s between the working-class and the police. This historical background has created a special vibe, strengthened by the arrival of immigrants who are conferring to the streets of Nørrebro this genuine multicultural feature.

In her hipster nomade outfits and with her Fjallraven backpack, she zigzags between the bike lanes of Norrebro as if she knew the place like the back of her hand. Almost arriving at Folket Hus, she bumps into a friend of her in Elmegade, who’s sitting at the terrace of Cafe Auto, an organic, pretty fancy restaurant in Elmegade. They have been knowing each other since their childhood, as they both grew up in a small town in Jutland, just next to the German border.

After several years abroad as a diplomat, Lars moved back to Denmark with his family. His children Rose and Sune are gone from their place for while now, so he lives with his wife in a cosy apartment in Østebro, a peaceful and family neighborhood in the East of Copenhagen.

This morning, he is biking along one of the three lakes, heading to Nordhavn, where he works at the UN City. The largest UN hub in Scandinavia is one of Lars’ favorite places in Copenhagen, both for its iconic pointed star-shaped building and for its location, just right over the waterfront, as if the white building was there to greet the ferries and its passengers arriving from Oslo.

On his way to work, this 50 years old man is thinking about his summer house under construction at Gilleleje, a charming town situated on the so-called “Danish Riviera.” He loves going there with his family and friends, especially as it’s not far from Copenhagen, around one hour by car. He hopes that his son Sune will be able to come over to the summerhouse this weekend, in order to help him out to cut firewood for the upcoming winter. Sune is supposed to come over tonight for dinner actually, which is quite a ride by bike for him as he lives in Amager, a fast-growing urban area located on a island, in the south of Copenhagen. 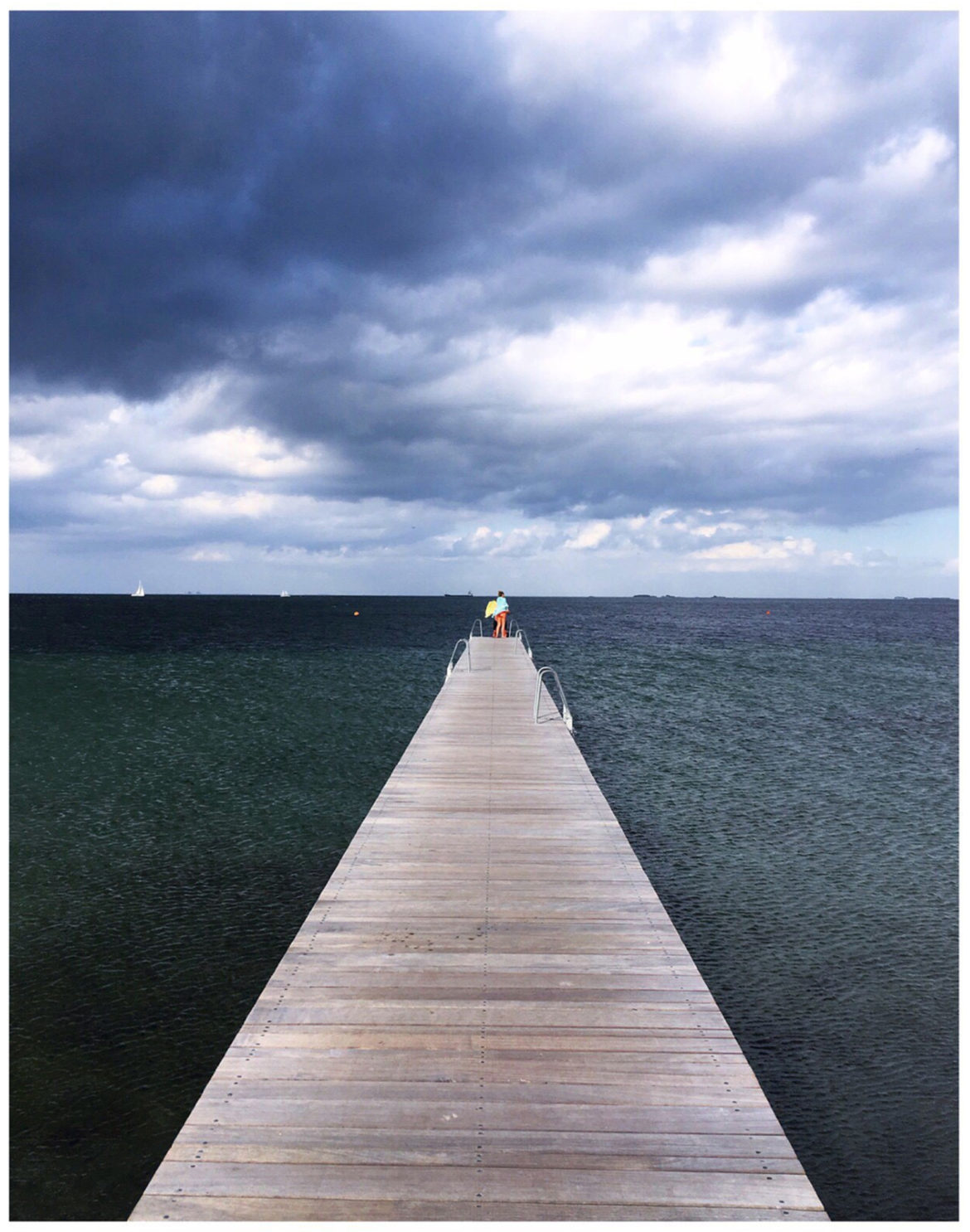 Sune just bought an apartment with his girlfriend Sofie, in Amager Vest. Amager has quite a different vibe than the other areas of Copenhagen. As every island, it has it’s own identity, and hence has a different relationship with the rest of Copenhagen.

So far, him and his girlfriend are very delighted about the atmosphere of his new neighborhood. They are planning on having kids soon, and Amager appears to be the perfect place to raise children. They live 10mn away by bike from Amager Fælled, the old military exercise area which is now preserved for nature, biodiversity, and the pleasure of all Amager’s inhabitants who can enjoy a walk there and pick up some apples, blackberries, or even horseradish. 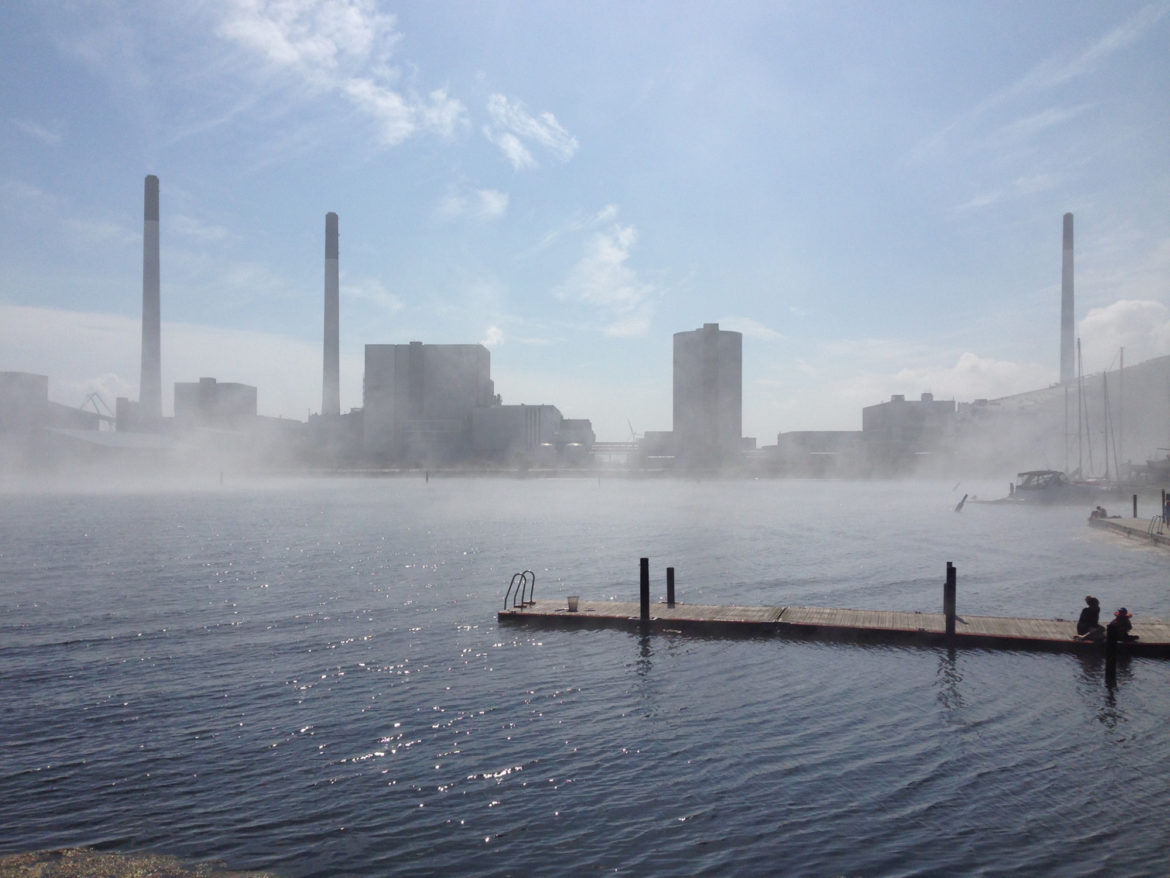 The Amager Resource Center, a waste-to-energy plant turned into a popular attraction, designed by BIG. Photo courtesy of Frédéric Mahl.

Sune also enjoys to run at Amager Strand, where he also goes kitesurfing during summertime. Amager Strand is a 5km long beach, and the whole area surrounding has undergone a significant transformation since 2006. New exciting architecture and facilities sprang up, in the wake of the new metro line inauguration in 2007. It is a whole new life that has been brought into Amager. Sune is really glad not to live in Østebro anymore. His former neighborhood was nice, for sure, but Amager suits him much better. More space, more parks, a little bit further away from the tumult of the city, plus he really likes hanging out in the local bodegas (ed. shady and cheap smoking bars), where he can enjoy the company of often bold men with bushy beards and tattoos all over their muscled arms. 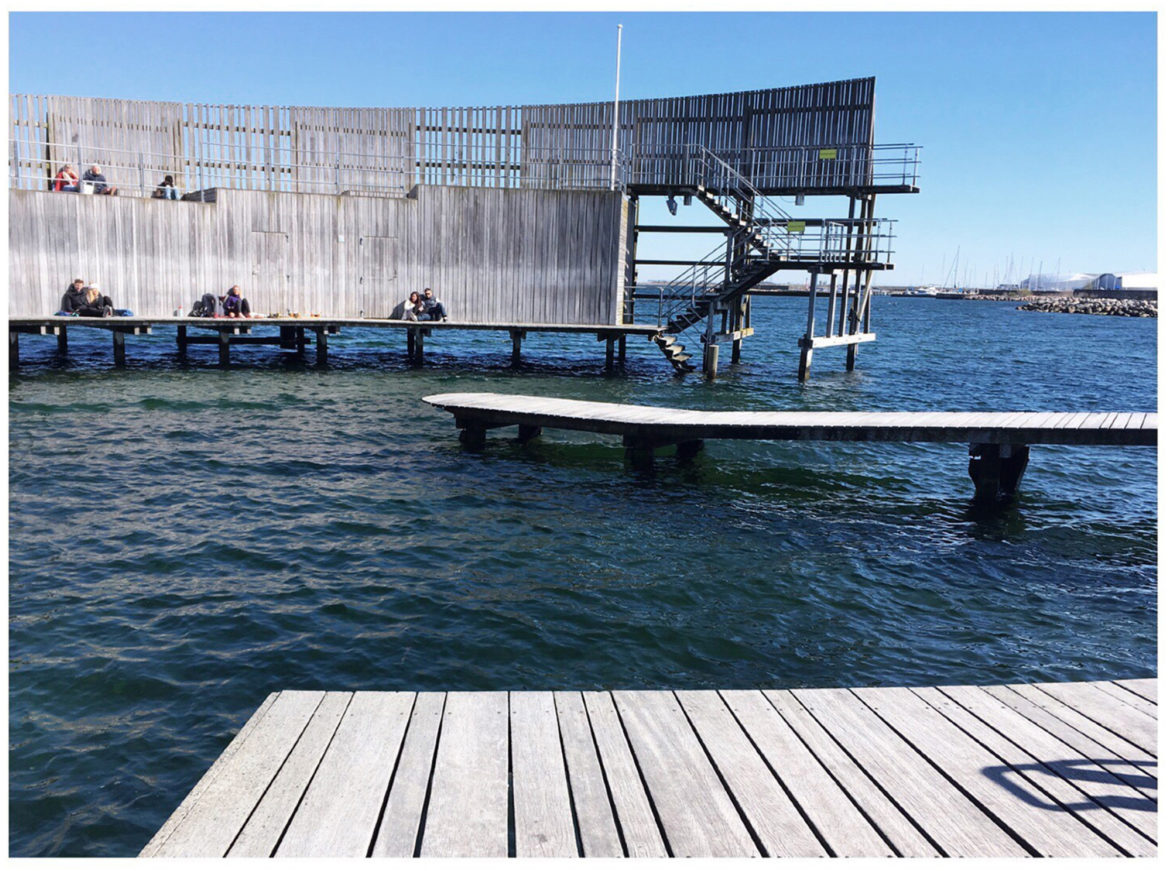 Rose is having lunch with a friend of hers in Nørrebro today. It is where Kamilla quickly came across her earlier today. That latter was surprised of how big Rose’s youngest child was already, even though the boy has not turned 1 year yet. Nevertheless, Rose’s maternity leave is about to end soon. It is her husband who will take over the parental leave, and she will go back to her job, a creative agency located in the MeatPacking District in Vesterbro, where they live. The MeatPacking District is the former meat industry business center of the capital, and it has recently been turned into a creative cluster with nightlife and a broad range of quality restaurants. 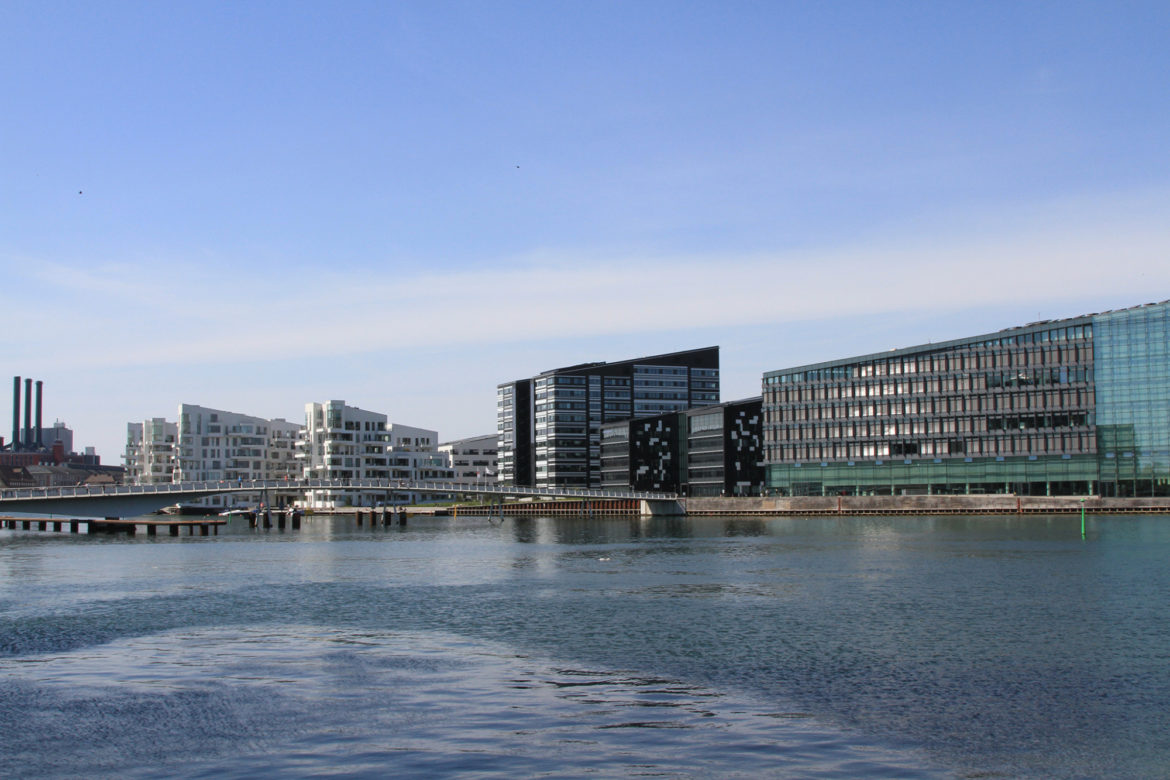 Rose likes dancing, so when she has free time, she goes to Dansehallerne, a space dedicated to contemporary dance located in Carlsberg By, a former industrial district recently renewed and named after the famous brewery. She’ll probably go there later on today. But first, she has to pick up her Christiania Bike where her child is comfortably installed for a journey towards Vesterbro, where she is going to meet with her mother.

The two ladies have decided to do some furnitures shopping today. They will probably meet somewhere in Istengade, and have a walk around the different shops: DANSK Made, Dannegrog Antik, Edison & Co… They will most likely end their shopping on a pleasant note with a glass of wine in Vaernedamsvej, a street with a touch of Paris atmosphere. Her mother will return in Østebro later on today, where her husband, Lars, will have cooked a good meal for her, as he always does. 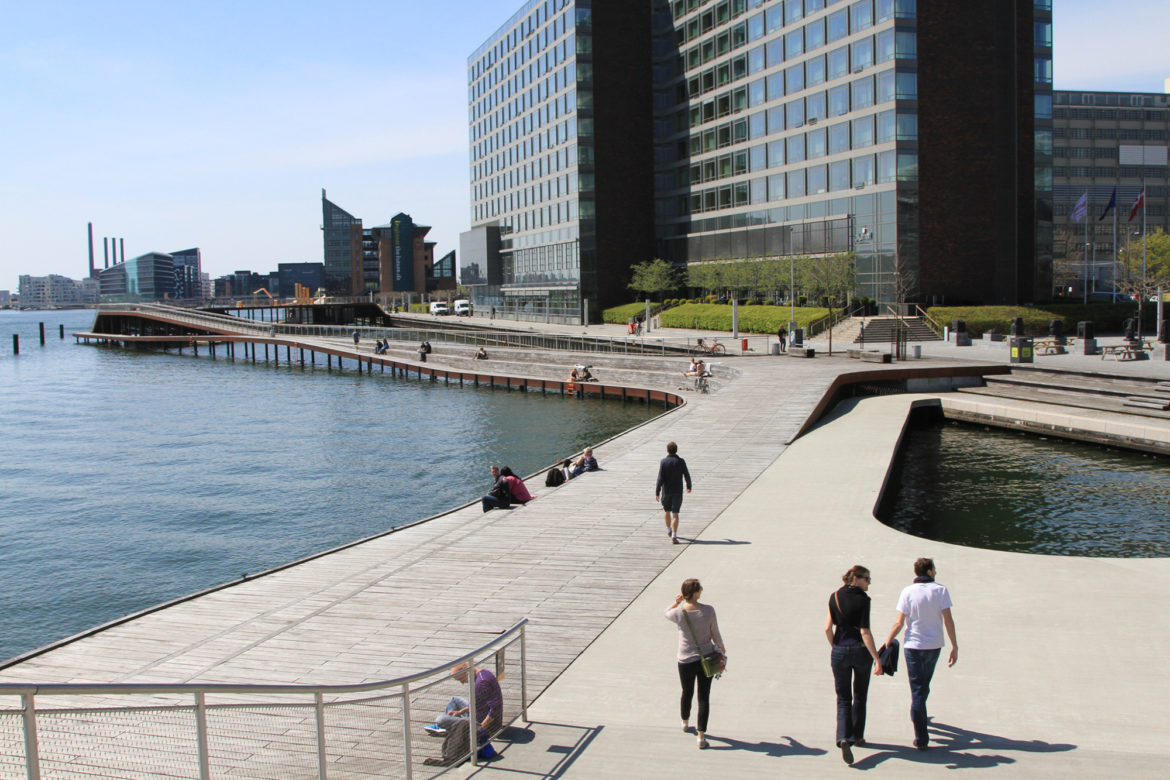 Ida has recently started her Master in Global Refugee Studies at Aalborg University, in Sluesholmen, an artificial peninsula in the south harbor of Copenhagen. Now that she and her girlfriend have moved together in Amager, it takes her only 15mn in the morning to make it to her lectures. She is happy to start an international program, it is a great opportunity to meet new people with different backgrounds.

And she likes Aalborg University's educational approach: a lot of group work, professors are not patronizing students, interactions are frequent and fruitful. It is not only about sitting and listening to a teacher for hours, it is also about learning by debatting. She’ll probably ask some of the new students if they want to go for a cup of coffee after the lectures today. But Sluesholmen is not really a place for having a drink, they will probably have to go to Sønder Boulevard, in Vesterbro. Indeed Sluesholmen used to be a place of massive naval and harbour industry. Now the area has undergone a massive urban transformation and is mainly a rich residential area, with high standard apartments.

Nevertheless, some of these industrial buildings have remained and have been transformed into cultural places, like Sydhavnsgade for instance. A local association is there organising open workshops to promote physical and artistic development. During week-ends, the buildings are also turned into spaces for techno parties, which Ida, together with Sofie and Sune, have enjoyed more than once already.

As being a student Sofie receives SU, the State Educational Support Grants, which represents around 650-700EUR per month. Nevertheless, because of the rent and the expensive life of Copenhagen, she is also looking for a student job. She is thinking about applying for a student job in a NGO or in an institution. 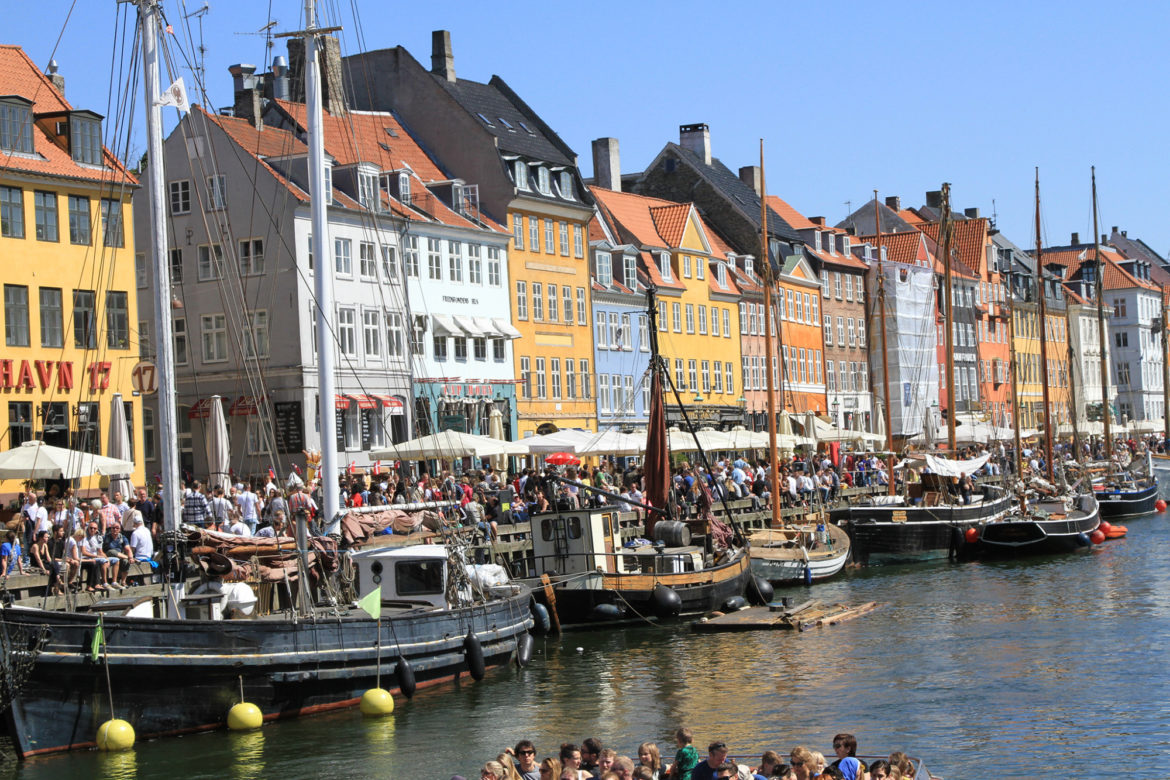 Chris is on his way home in Christianshavn, a 17th century built district dominated by canals and steeped in a nautical atmosphere. 3 years ago, his engineering company offered him to move to Denmark as an expat. For this thirty-year-old Australian construction engineer, keen of travels and new experiences, it was a wonderful opportunity to discover Europe. Besides that, he couldn’t have hoped for better place as a real gourmet.

With René Redzepi’s Noma - four times World’s Best Restaurant - and numerous other restaurants created in the wake of the Nordic cuisine rise, the Danish capital has became one the most interesting food mecca over the past few years. Tonight, Chris will prepare a good dinner for his Danish girlfriend, Kristina, who lives in Frederiksberg, a fashionable part of Copenhagen. That’s why he stops at Torvehallerne, a market place located in Nørreport, the very central hub for metro and train lines.

It’s always a pleasure for him to walk around the stalls that are selling everything from fresh fish and meat to exotic products and fancy chocolate. With a bit of luck, he may see his friend Morten who lives in Vesterbro with his two kids and his wife Rose. They often meet up with each other to have a beer and a quick bite to eat. To get home with his basket full of fresh products, Chris prefers to ride along Kongens Have (the King’s Garden), a popular retreat in the center of the city. The winding, colourful facades and cobbled streets of the city center are quite pleasant for a walk, but as it’s peak time now it might be pretty crowded with pedestrians. 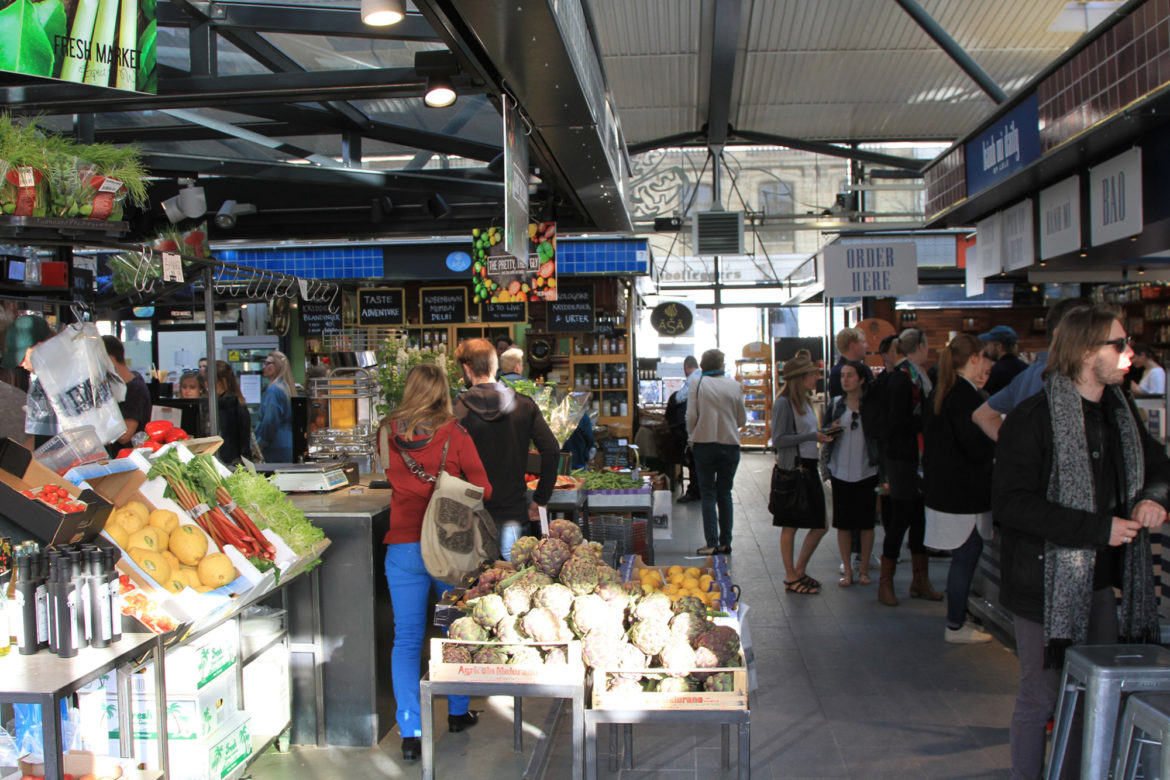 He is fond of his neighbourhood, a mix of very posh apartments, tourists, good restaurants and alternative life with Freetown Christiania. When the weather is fine, Chris likes to bring his family and friends who visit him at the top of the Saviour Church, easily recognizable by its twisted spire. Thanks to flat topography of the region, the visitor can sweep the metropolitan area with its eyes, with Amager Island behind its back and the swedish coastline to the east, separated from Denmark by the Øresdund strait.

Adding another city to our network, we're growing fast! Don't miss out on the cities we already featured in Issue 2 of A City Made By People. Check it out here: https://store.acitymadebypeople.com/ 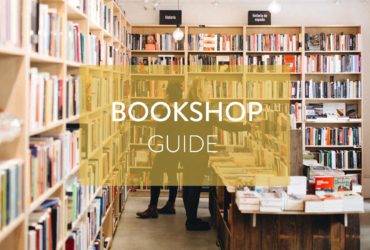