It looks great, it tastes great, and it makes every day the slightest bit better... Join Sonja as she tells you the short history of the most popular French loaf (a.k.a the baguette) and reveals where you can buy the best one in Paris!

Every day the French president gets his baguettes from a special bakery in Paris, the bakery that won the competition for the best baguette of that year. Le concours de la meilleure baguette de Paris is the official name of the competition, bringing fame and glory to the best bakers of the French capital each year. It's organized by the city of Paris and has been going on since 1994.

The best baguette has to meet a few parameters: it must be between 55 and 65 cm long, weigh between 250 and 300 grams and have a salt content of 18 grams per kilogram of flour. However, Paris' obsession with the baguette started long time ago… 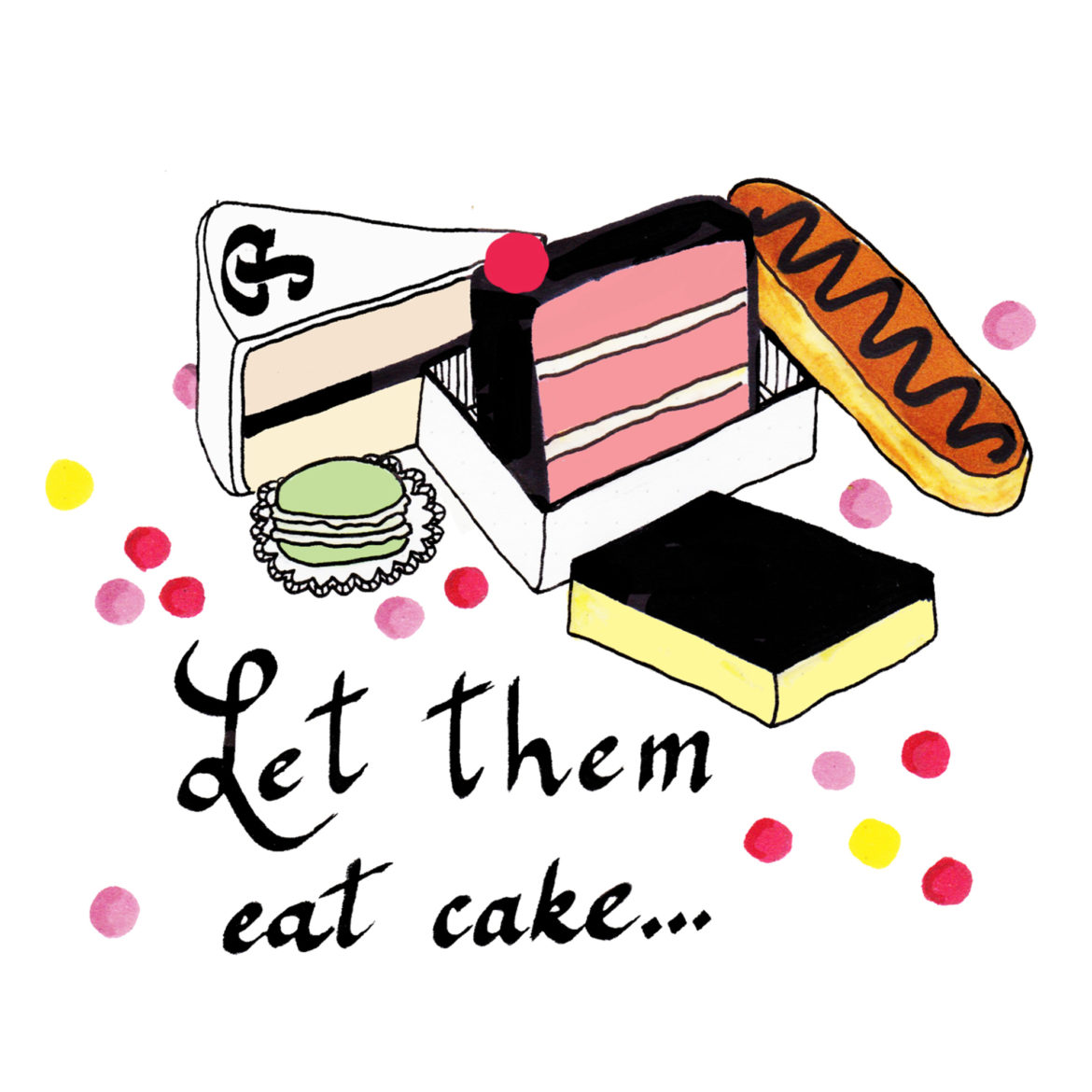 Imagine a woman standing in all her splendour wearing a long cream coloured dress, with pink lace and a giant wig. Her lips are ruby, the king is next to her. After he incompetently replies to the questions asked by an angry mob - she asks him in confusion: “But why they don’t eat brioche?” This is one of many interpretations of that infamous phrase “Let them eat cake.” This phrase was apparently told by Queen Marie Antoinette - beheaded wife of equally beheaded King Louis XVI - when the people of France were complaining about how they don’t have bread to eat. This was way back in 1789, where the French Revolution already started.

Brioche is a form of cake made of flour, butter, and eggs and the premise is that Marie-Antoinette understood close to nothing about the predicament of the poor and cared even less. We don’t have any evidence that the queen actually said the infamous phrase but today these words are part of the myth. People of France never liked “Madame Deficit” and it was easy to assign those words to her, especially when you’re hungry and downtrodden. 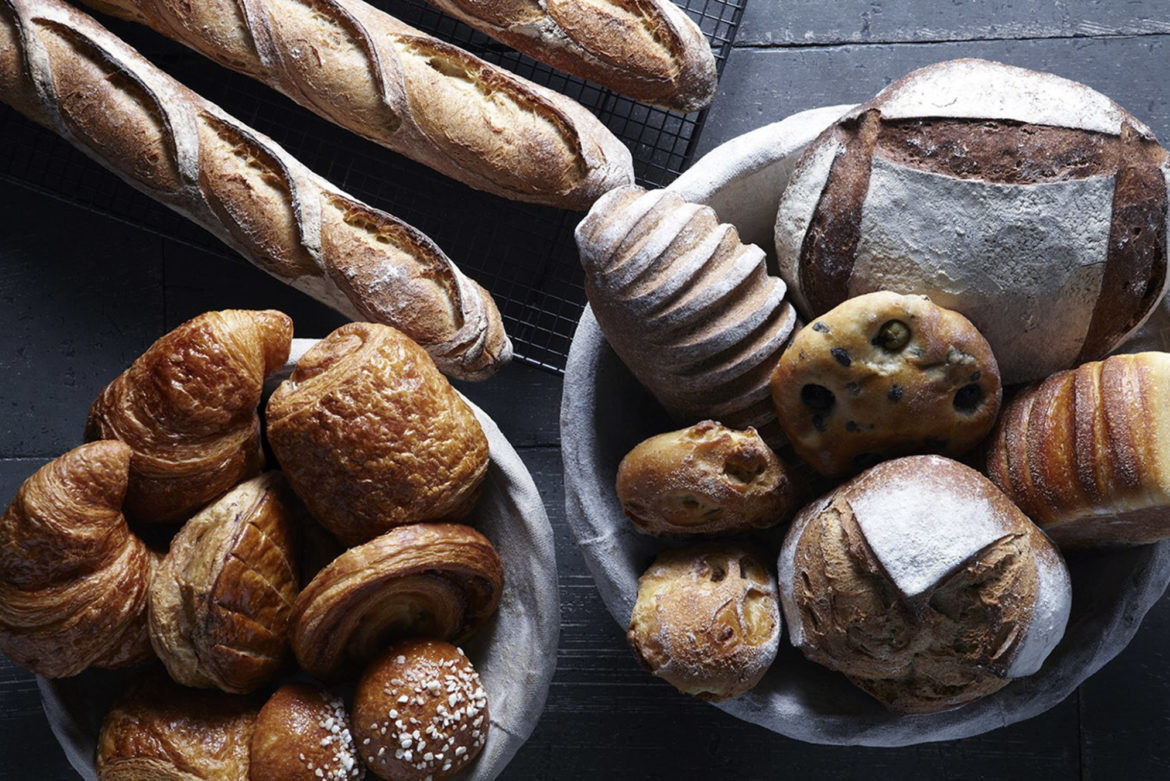 There were many reasons for the French Revolution - all equally grave - but angry and hungry people were definitely the main force of it. All the way until the early 19th century, just like in most parts of Europe, the main part of the diet of French peasant was bread. When the times would get rough, bakers would add a filler or two - hay, dust, dung - into the bread dough that was usually based on wheat, rye, or buckwheat. When Napoleon became an emperor he was decisive about standardizing everything - including the bread dough, the shape, and of course the quality of the French bread. His decrees helped with the control and production of the bread as well as with the status of the bakers. 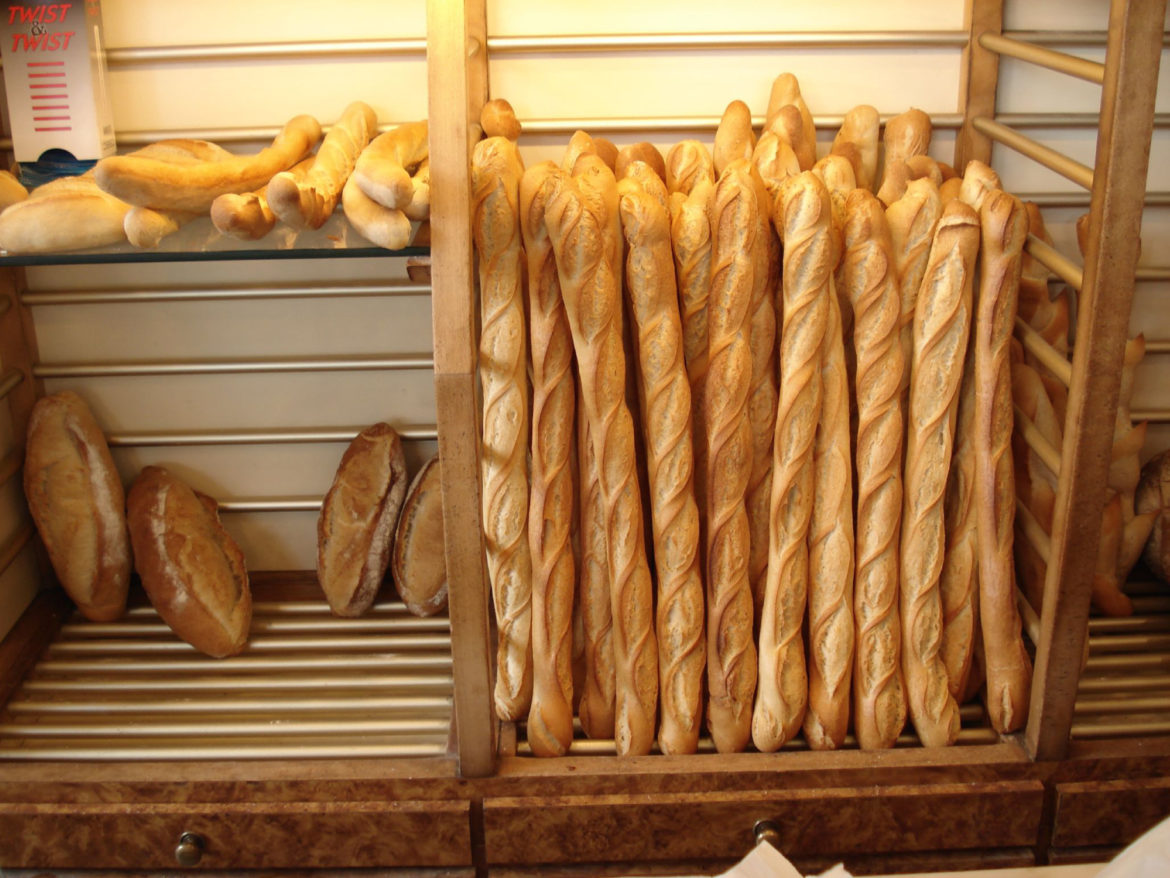 Later, almost a whole century after the emperor Bonaparte, there was a public law in France that said something like, “It is forbidden to employ workers at bread and pastry making between ten in the evening and four in the morning.” So, when bakers would finally arrive at the given legal hour - they had to prepare bread quickly for clientele going early to work. The easiest way was to make a long thin bread that was baked swiftly and that was amazingly crunchy. On many old bakeries in Paris even today there is a sign on which is written “fresh bread at 5am.” That is from that era.

Today’s size of the bread is more convenient than previous sizes where the baguette was much longer, and by much longer I mean up to two metres long. Long thin bread existed in France since the time of Louis XIV - firstly thicker, then thinner - and this slender, tasty loaf was carried by maids horizontally in a special frame on their back. The more convenient size for a baguette - more or less today’s size - became popular in 1920s. 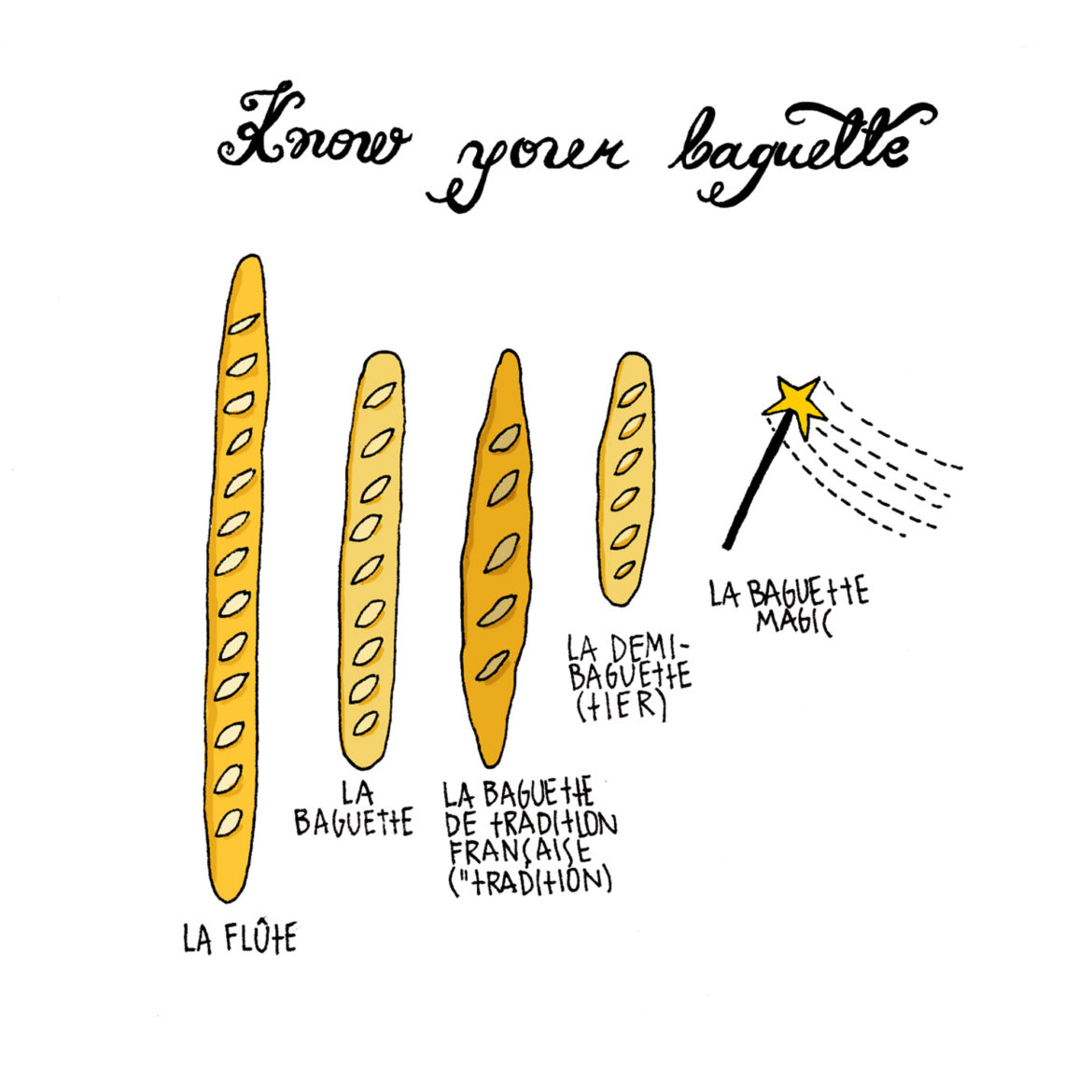 One of my first memories of Paris was a tiny little bakery packed with people just on the corner of the street I’ve been living in when I moved to Paris. It was somewhere between six and seven in the afternoon and everybody was heading back from work. They were standing packed in line, buying the best baguette in the neighbourhood so they could make their healthy or less healthy dinner more solid! If you were going for an apero at your friend’s house - you just needed to buy a baguette. That was often enough. And a bottle of wine, but baguette was a must. 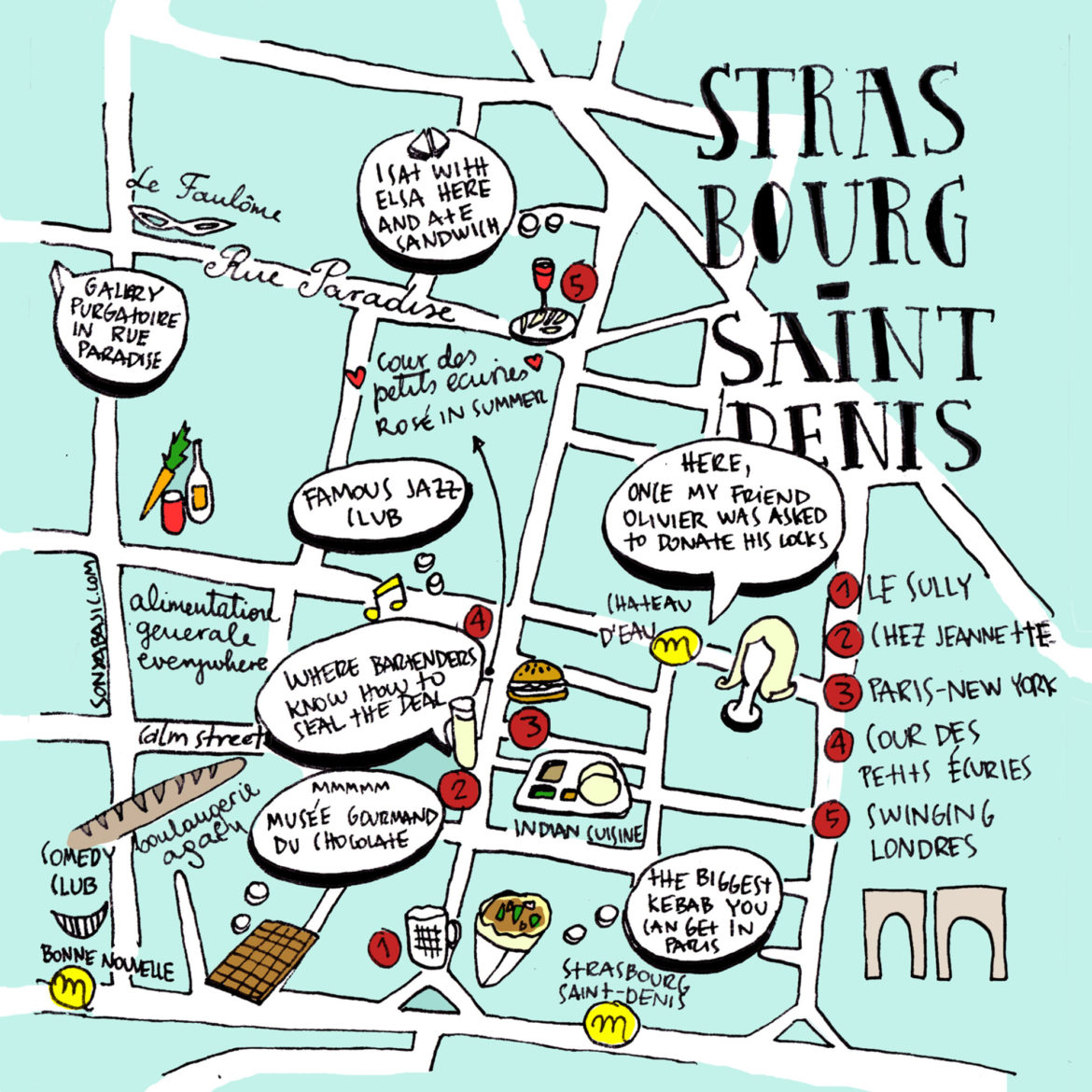 For this year, the best baguettes of Paris is made by Sami Bouattour in his bakery called Boulangerie Brun on the 13eme arrondissement. Last year, two baguettes maestros won the prize from the bakery La Parisienne, they're situated centrally in Rue Madame. Lastly in 2015, Djibril Bodian of the bakery Le Grenier à Pain in the 18eme arrondissement also sent his baguettes to the president.

Once you try them, I'm sure you'll agree that these baguettes are amazing. To top it all off, you're also literally eating where the French president does as well! Bon app'!

Enjoyed this little taste of Paris's baguette history? Check out Madrid's gastronomy in Issue 2 of A City Made By People, get your copy today! 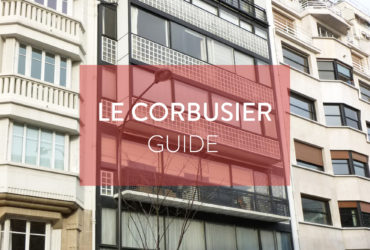 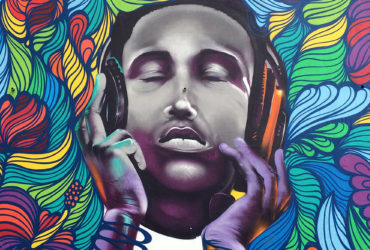