The Most Italian Place of Bucharest

Correspondent Diana gives us a deep-dive into Italian culture within Bucharest.

I have no idea why Popeye chooses spinach to get some strength. Because when I eat pasta, I become so happy that I can lift a car with my own mouth corners so high that it could reach second floor. Recently, I went to Pasta Restaurant and after a Pistachio pasta dish and some chit-chat with Antonio, the owner, I felt that I could bring that car up into the sky. 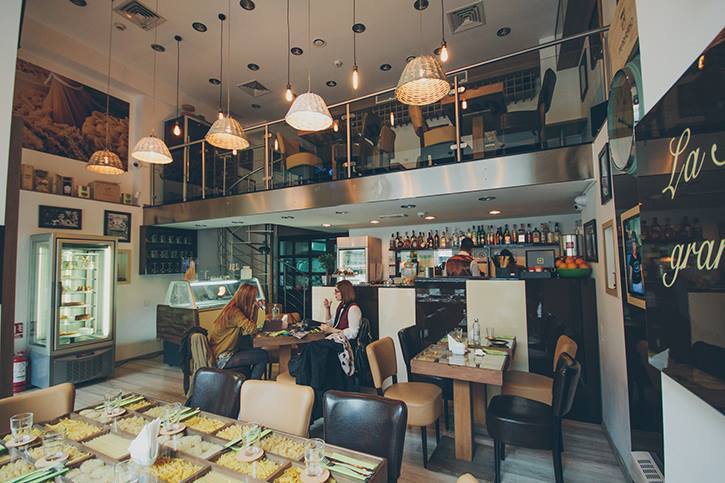 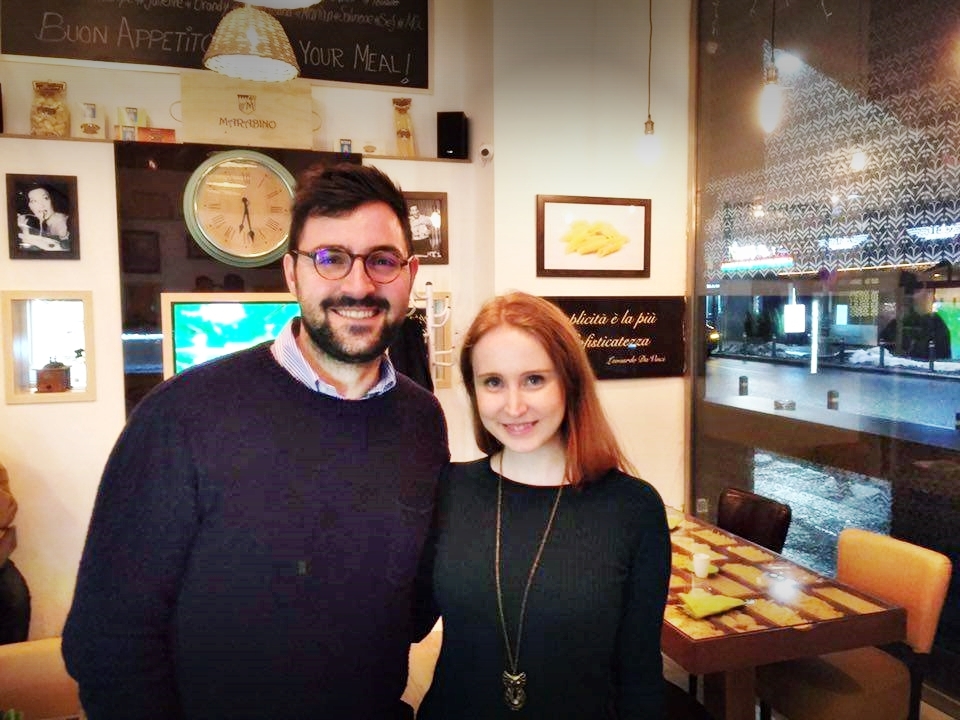 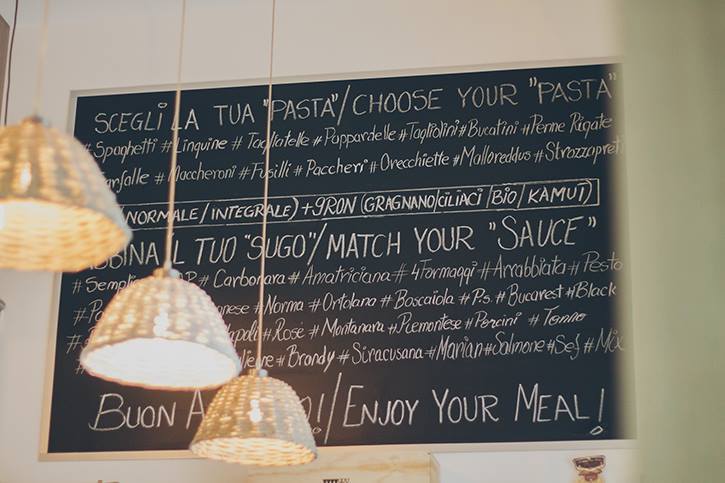 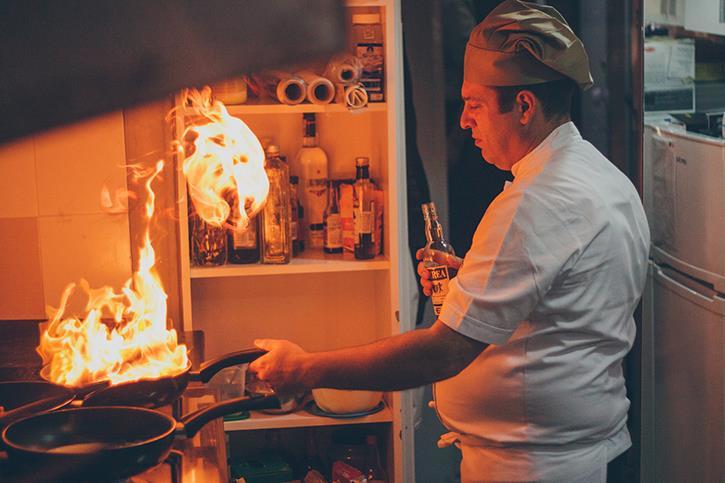 One of my favorite sayings is „You can’t make everyone happy, you are not pasta.”  And it’s so special to me because pasta is my all-time favorite food. Apparently, I’m not the only one. I believe that an Italian root suddenly awoke into us and revealed a great passion for pasta.

Actually, a study made on over 16.000 people from 17 countries confirmed that pasta is the favorite dish of the majority of the people that tasted it. So Pasta Restaurant had me at its first wonder-table on Facebook. 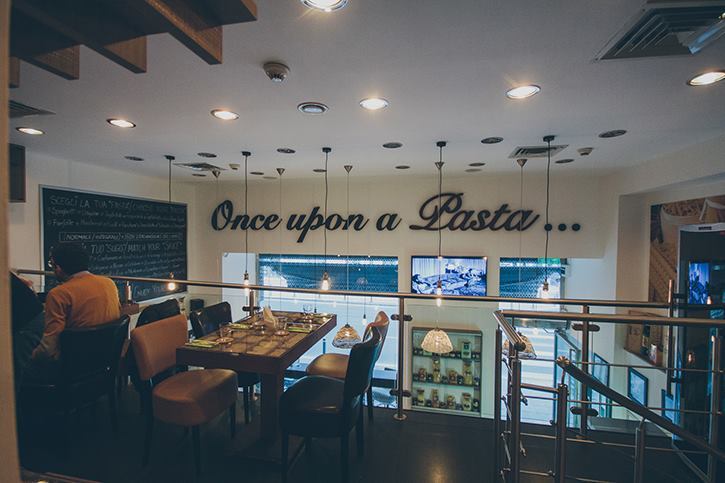 I called Pasta Restaurant, I made a reservation and I specifically asked „the table with different types of pasta under the glass”.  As clumsy as I am, something had to happen... When I got there, all the tables had pasta under their glass. And that’s fascinating because it makes you feel like you’re in a pasta museum. 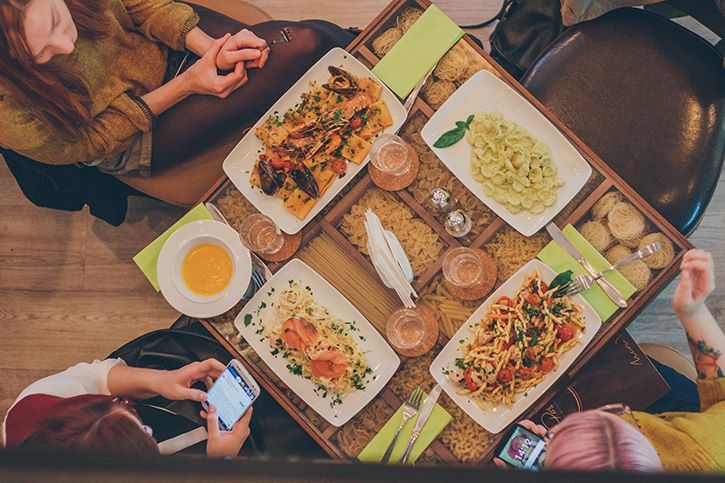 On 26 Calea Victoriei, in front of a bank, Pasta Restaurant owns 2 floors. Beneath the entrance, it is written: „Once upon a Pasta”. The menu is written on blackboard and an Italian black and white movie is shown at the TV.

Every table has its own pasta collection, which makes you think that everything could be made of pasta: bow ties, dog leashes, pipes, afro haircuts and even umbilical cords. 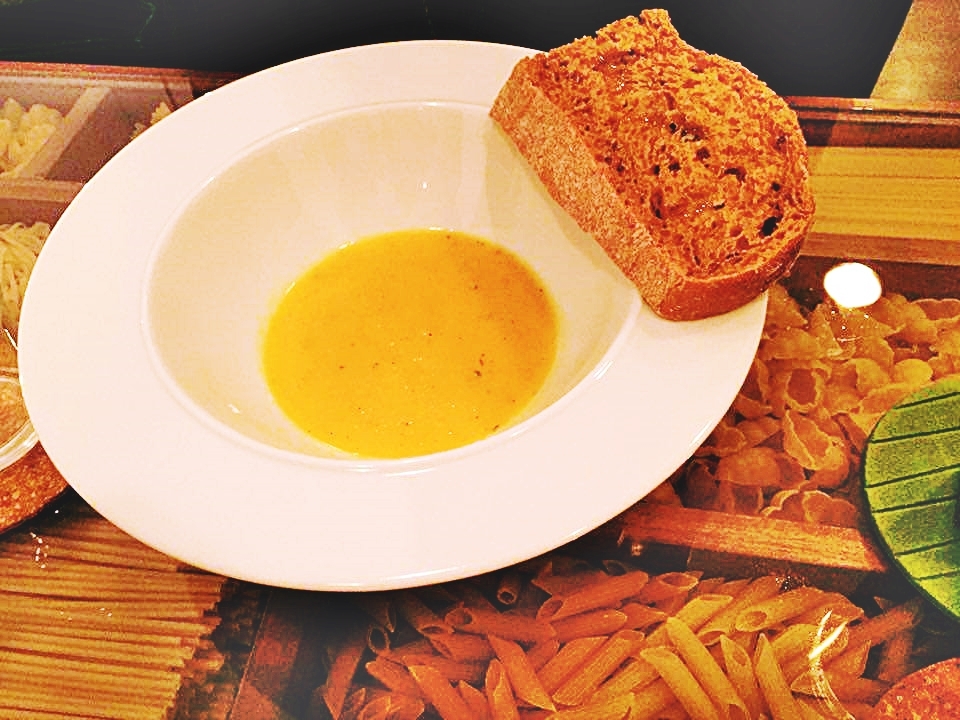 Nom-nom-nom. What? Was that with carrot?!

It’s very difficult to decide when you have so many options: normal pasta, whole meal pasta, BIO pasta, 14 shapes and as many sauces as you can imagine. The poor waitress had to come...3 times? But something tells me it’s her average number of come backs before clients order.

We chose normal pasta, one dish with salmon and other with pistachio. I might have been a good girl, because I also received a complimentary soup, completed by a slice of bread that looked better than both winners at Miss Universe. I devoured it without mercy and I asked what that golden beauty on my bowl was because I had to tell others. 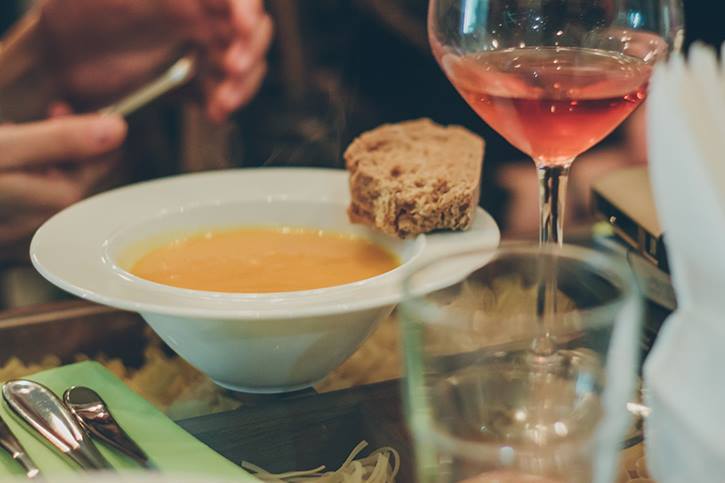 Carrot. Carrot cream soup. And my jaw dropped. Because I hate carrots. And my poor mother's carrots eventually end up crooked, sunken and abandoned. But those ones I had eaten so fast and I was delighted.

The moment came.  Two dishes with Quarts pink salmon and Pistachio pasta were coming slowly, as our tongues were agonizing. I instantly fell in love with the Pistachio pasta, although it wasn’t even my dish. 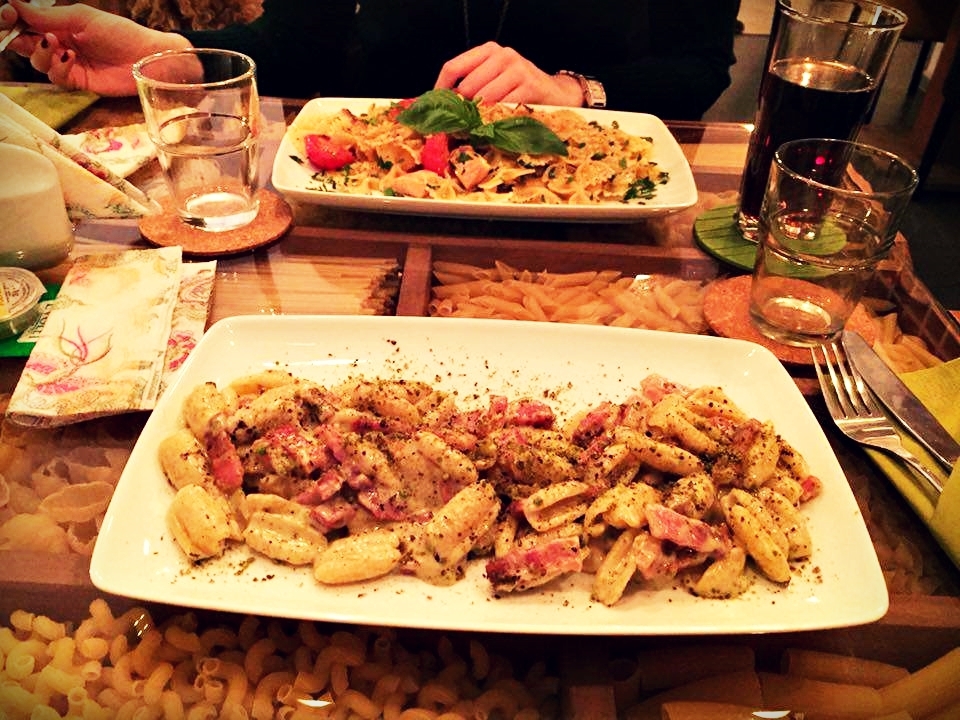 I had to take a photo of what we ate in order to prove that we liked it, right? So I took a photo of that beautiful pistachio powder and those juicy salmon slices.

There, the eating ritual was done. It was time to actually eat. And, Saint Tomato, I still crave for that pasta as I remember its suave taste. 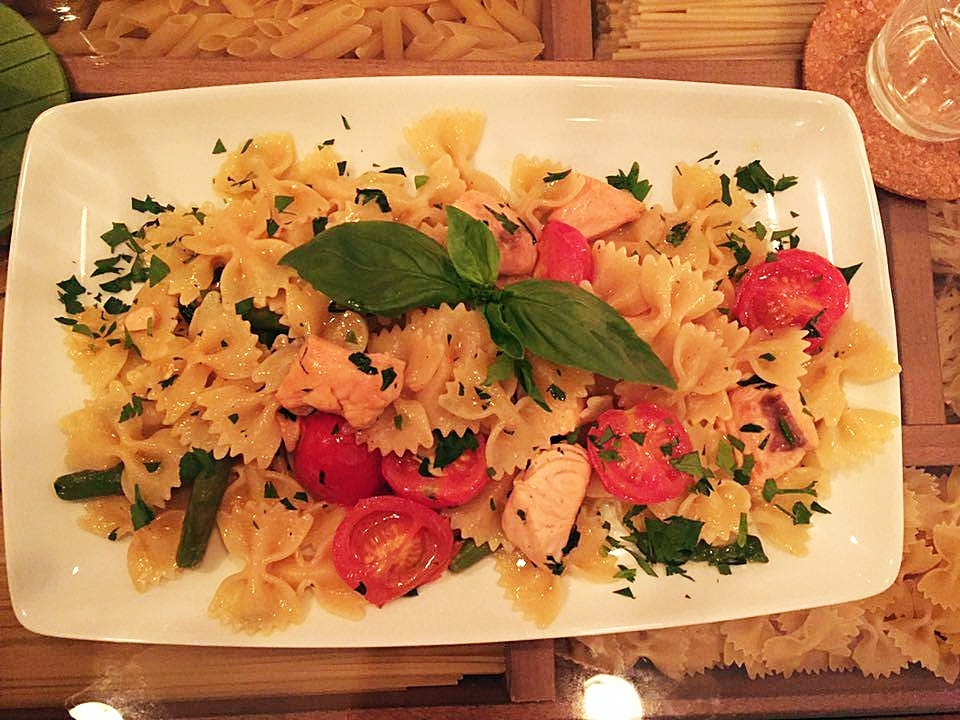 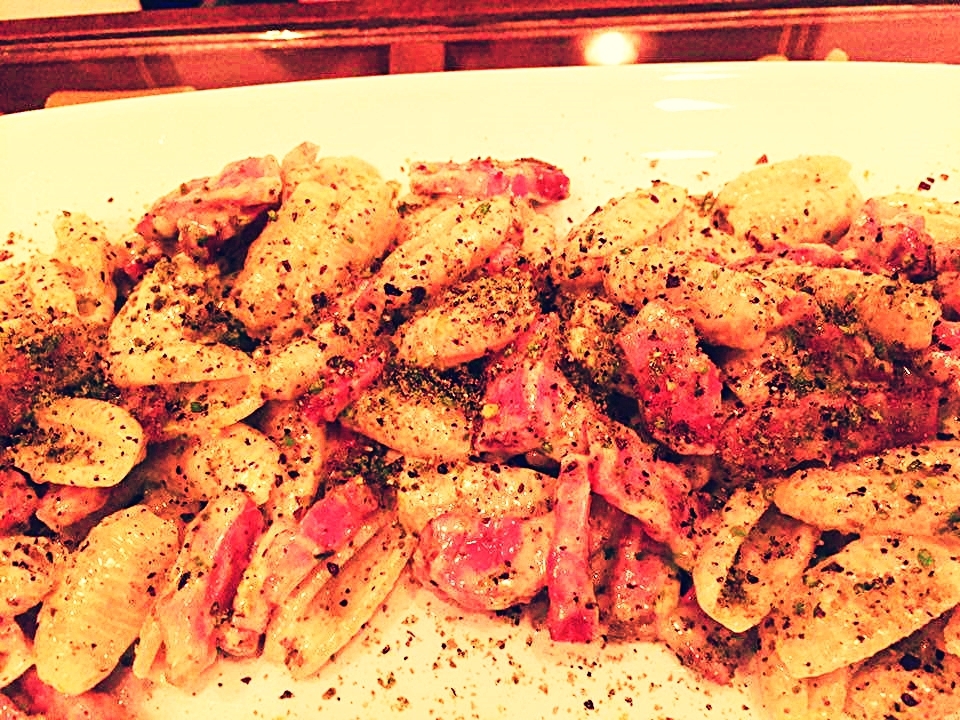 All I can say, as that pasta took over my mind, is that Bucharest has an Italian corner and you have to check it, when you come here.

Imagery to the courtesy of Teodora Teican