The most popular literature event in Oslo right now

The weekly event Litteratur på Blå is experiencing a rising interest amongst Oslonians. From being a niche concept for the few, your are now lucky if you can even get in.

The literature talk, that turns the nightclub and concert venue Blå into an intellectual and more quiet scene every Tuesday, has attracted long queues outside the building last month. And finally inside, people in the back are standing on their toes trying to get a glimpse of the stage. So what is it with this event that makes book nerds, hipsters and academics stand in line in the freezing Norwegian winter, to watch experts talk about literature? 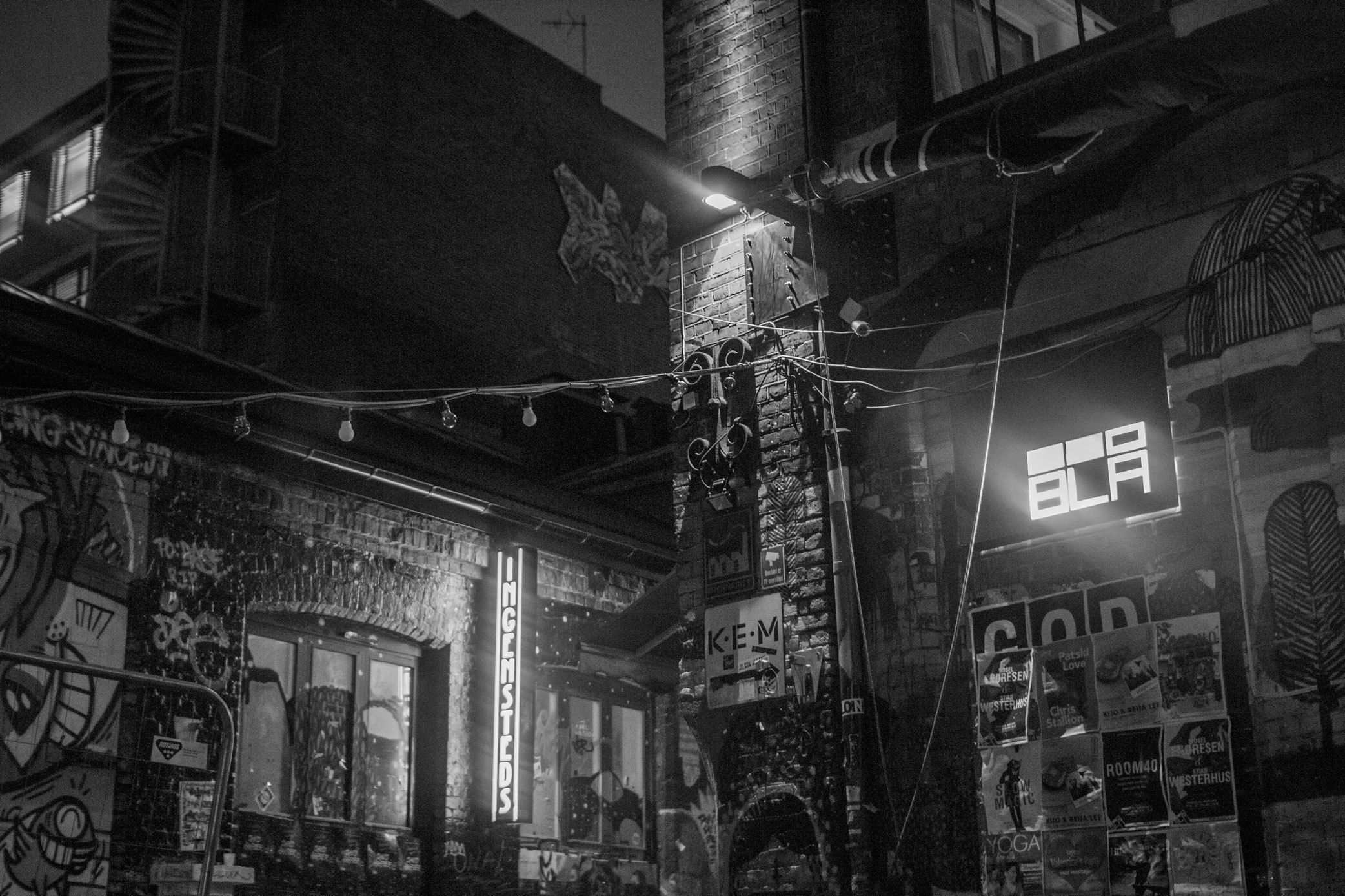 This week's topic was about the controversial French writer Michel Houellebecq and as you’ve probably have guessed, there was a long line outside before it even started. And let’s not forget to mention, the fuss isn't about the writer himself making an appearance, it's about the conversation with experts on the subject expressing their opinions. Afterwards the audience get to ask them questions. The experts this week was the Norwegian translator of Houellebecq’s books Thomas Lundbo and literature professor Per Buvik. 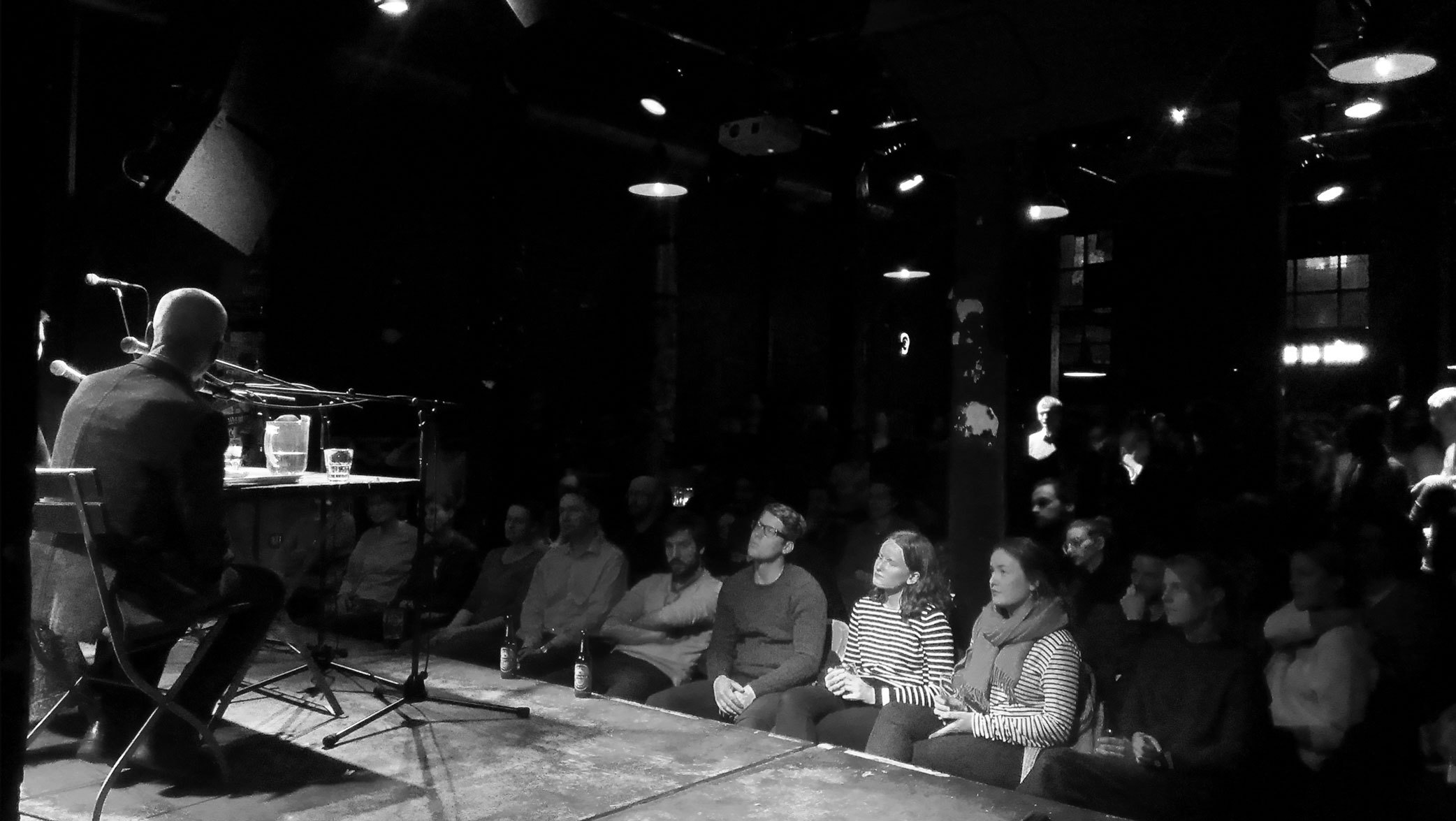 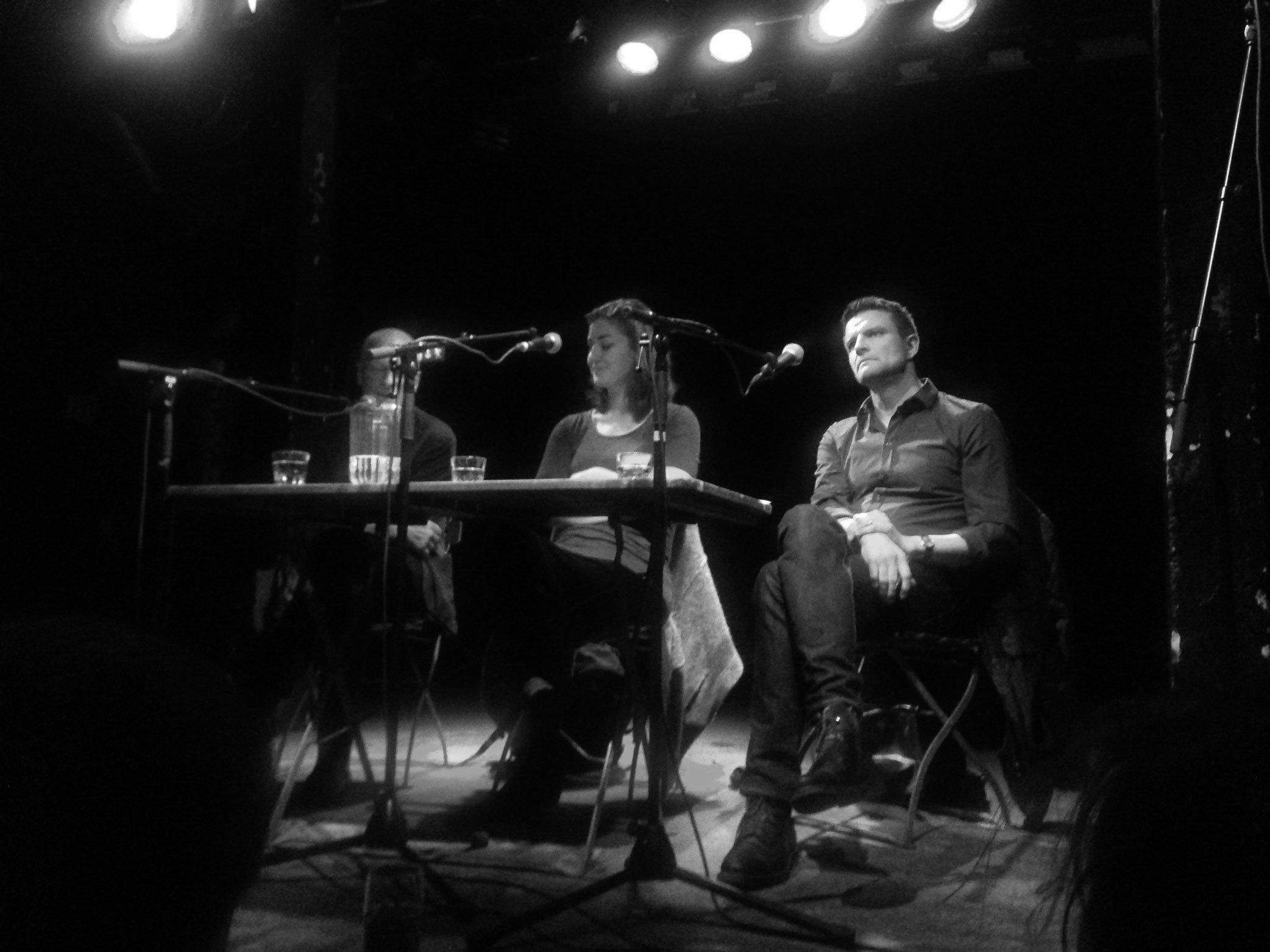 The organizers We talked to two of the people behind the success, Hedda Lingaas Fossum and Kristin Buvik Sivertsen. Together they are in charge of organizing the events with a group of dedicated volunteers, and it seems like even they are surprised of their sudden popularity.

The Simone de Beauvoir night is a bigger mystery, but I guess she represents a point that can never be said too often.

- When it comes to Houellebecq, we were just ahead on a very current issue, which probably attracts people. The Simone de Beauvoir night is a bigger mystery, but I guess she represents a point that can never be said too often.

At the end of January, Litteratur på Blå arranged an event dedicated to the french feminist writer and philosopher Simone de Beauvoir, and the interest was overwhelming. While Blå only can accept around a hundred people into these kind of events because of fire regulations, there were over 1400 people attending on the Facebook event. - It could be that people seek in to the warm to escape the cold winter darkness outside, but I think we have been lucky with our focus on subjects people have been interested in, having a sense of whats current. 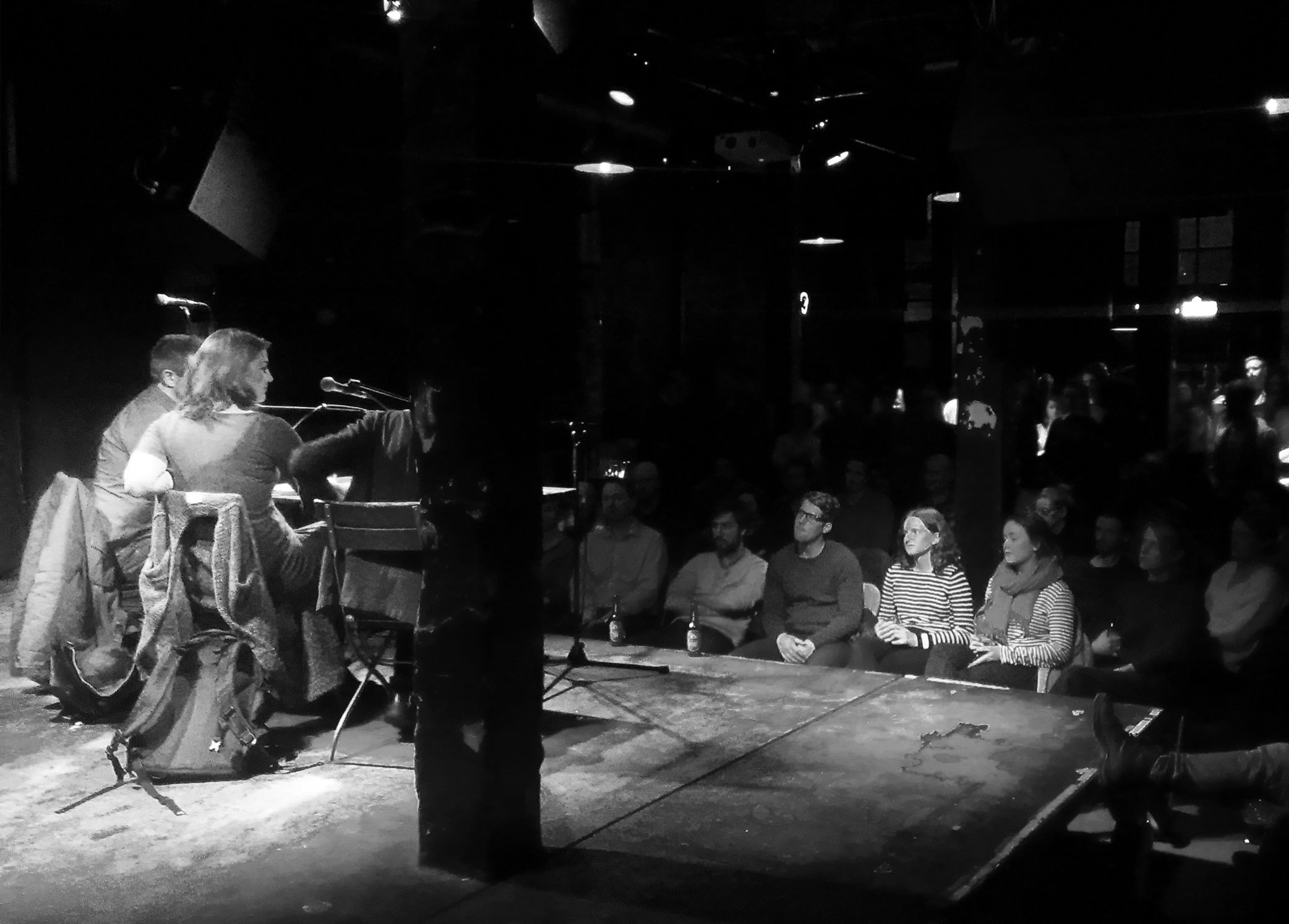 It seems that moving the concept to a different venue, is a out of the question for now. - We have no intention of moving. Our name is Litteratur på Blå, and we have a great agreement with Blå, which we’ve had since we started in 2007. We really appreciate how they let us use this place, even though they don't make that much money on us. Luckily for those who haven't been getting in, they make a podcast, which you can find in iTunes. Next on the agenda Next week you can listen to two writers both debuting with essay collections this spring, discussing the essay as a genre. Even more exciting is the event two weeks from now, where the theme is the suburbs of Oslo.

The focus will be on Groruddalen, represented by Øyvind Holen and Linn Strømsborg, and last but not least, Maria Navarro Skaranger. She wrote "Alle utlendinger har lukka gardiner" (meaning something like "All foreigners have closed curtains") one of Norway’s most talked about books in 2014. It's about immigrant life in the suburbs of Oslo, writing the entire book in the kebab Norwegian language, which have captivated reviewers. The week after that, they’ve invited to a talk about feministic cartoons, an expression that lately have seen quite the renaissance in Scandinavia. 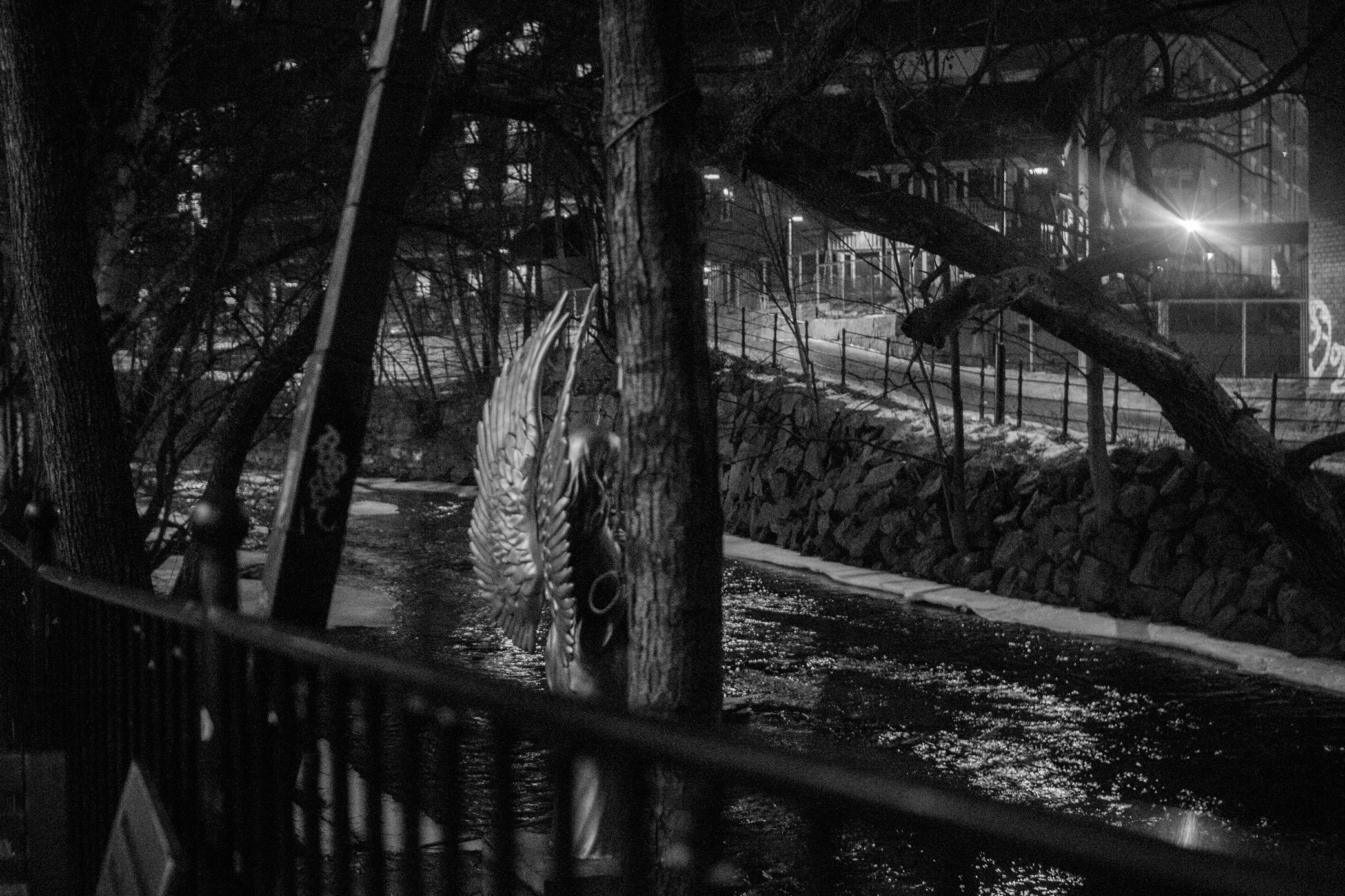 We think Fossum and Sivertsen are right when it comes to picking current and popular subjects for Litteratur på Blå. We know we are triggered by the upcoming program. Needless to say, we encourage you to show up early. We’ll race you to the door. Litteratur på Blå’s homepage and facebook.