Red, and Yellow, and Pink, and Black? The Rainbow Dress for Freedom and Diversity

This flamboyant dress may be bursting with bright colors, but the goal of a uniform rainbow pattern is far more appealing. For Pride: The Rainbow Dress now at the Amsterdam Museum.

If you’ve ever had the pleasure of experiencing Amsterdam during Pride - or, to be honest, any national celebration - then you’ll know it’s certainly not a city that does things by half.

The first weekend in August sees the city really come to life. Amsterdammers and tourists alike proudly dust off their brightest and most outrageous attire, coating the streets (and canals!) with an eclectic layer of Swarovski, spandex, and sparkles.

So, you’d be forgiven for thinking the Rainbow Dress is just another flamboyant Pride outfit. 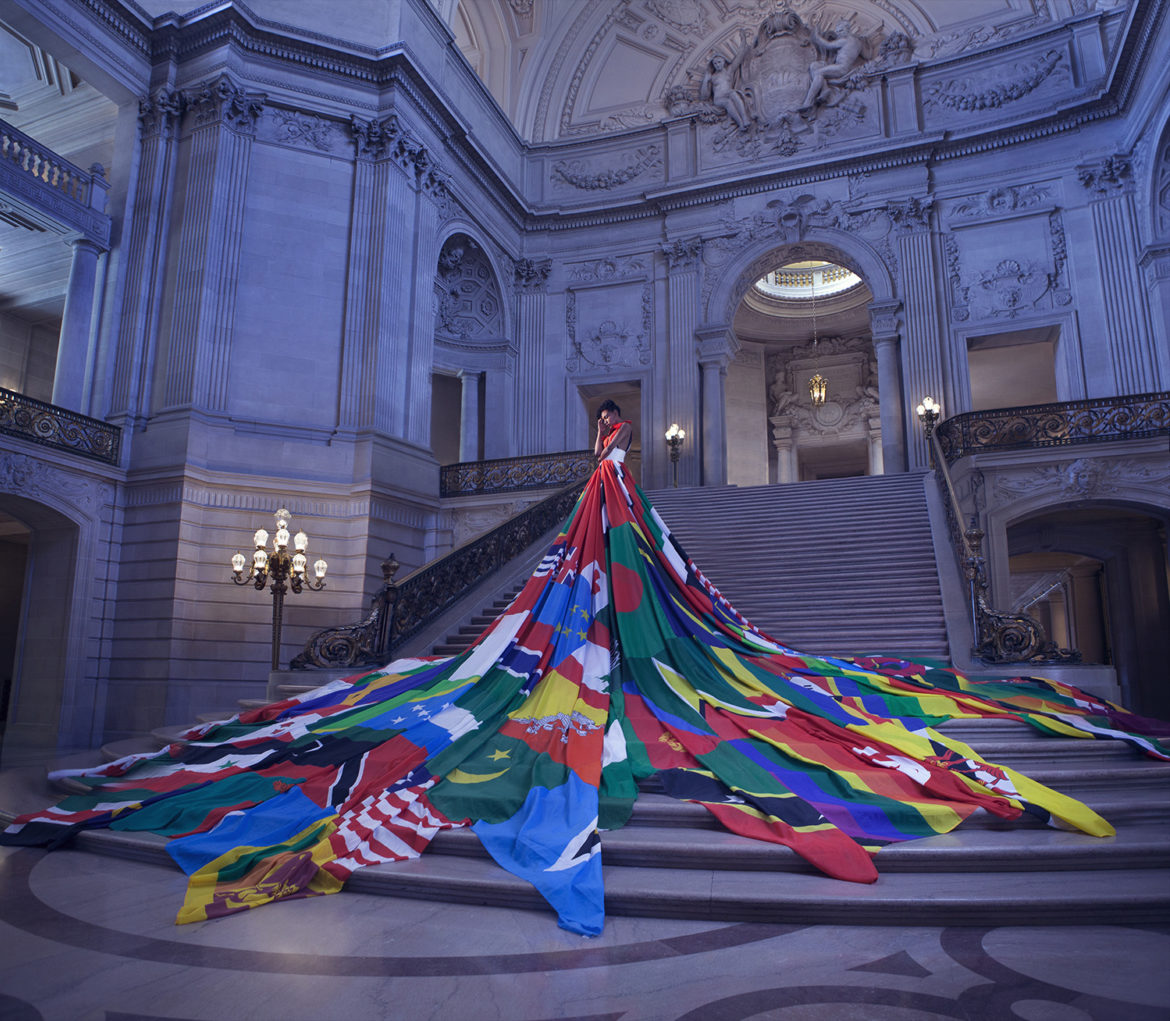 The Amsterdam Rainbow Dress Foundation (ARDF) explains, “Over a third of the countries have some form of state-sponsored homophobia, all with a community of LGBT+ people who are not able to live their lives fully, openly and freely because their governments have decided that their sexual orientation and/or gender identity is worthy of oppression and punishment.”

However, it seems there’s a (multi-colored) light at the end of the tunnel. Every year, the legislation of each of the 75 countries is revisited and in the case that homosexuality is no longer considered a crime, the flag is replaced by the synonymous rainbow flag of Pride. The first of which, thanks to changing legislations in Belize, takes pride of place along the hem. 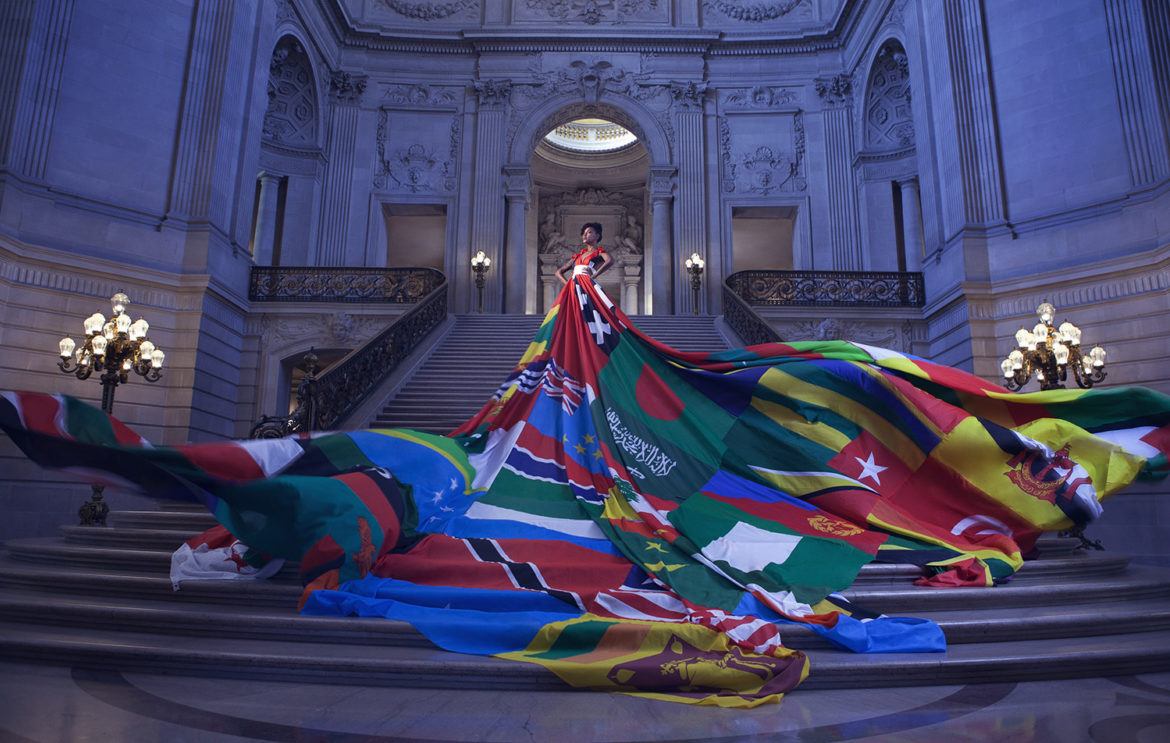 “It’s a place of freedom and diversity and the Amsterdam Rainbow Dress aims to spread this ambition.”

Around the bodice of the dress are 4 flags belonging to the City of Amsterdam - a reminder that Amsterdam will always welcome LGBT refugees. For centuries the city has had a reputation as a safe haven for those who are different, as the ARDF explains, “it’s a place of freedom and diversity and the Amsterdam Rainbow Dress aims to spread this ambition.”

The flags made their debut during the opening ceremony of Euro Pride 2016, where they were carried to raise awareness of the issue of illegal homosexuality. Following this, they were presented to Mattijs van Bergen, Arnout van Krimpen, Jochem Kaan, and Oeri van Woezik - founders of the ARDF - who developed the concept for the Rainbow Dress with the help of volunteers from the COC Amsterdam - the oldest LGBT organisation in the world. 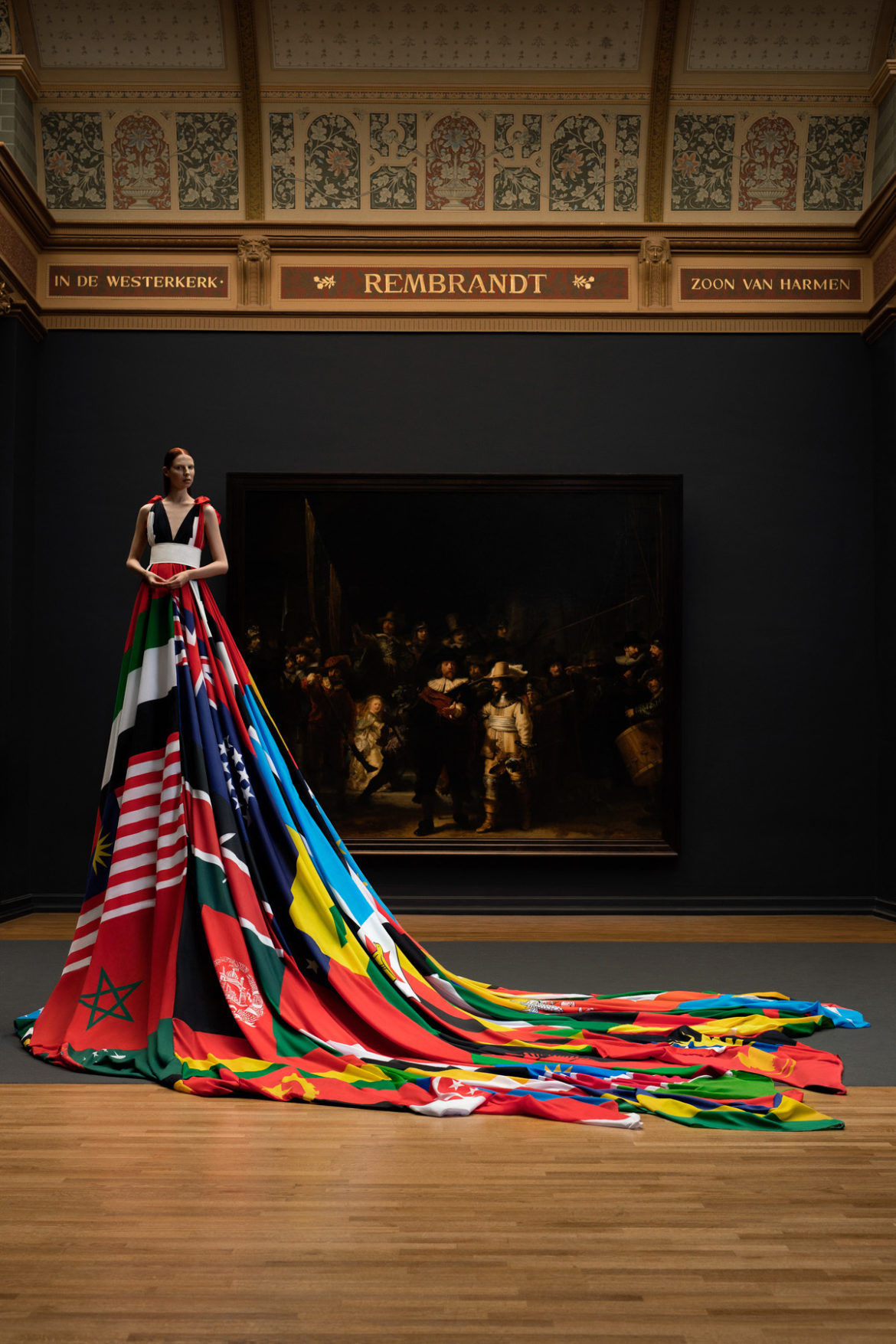 Pride of place in Amsterdam Museum

The dress was presented to the public at the Amsterdam Museum last Summer, worn by transgender model and Pride ambassador, Valentijn de Hingh. The stunning publicity photos shot by Pieter Henket in front of Rembrandt’s Night Watch quickly went viral and the dress has since made its way around the globe - most recently commemorating Harvey Milk Day in San Francisco.

The ARDF explains, “By photographing at this specific site, these pictures underline the history of Amsterdam as an enclave of freedom for all. Valentijn de Hingh poses as the maid of Amsterdam, who welcomes 180 nationalities within her city limits and thus also LGBT+ refugees from the 75 countries.” 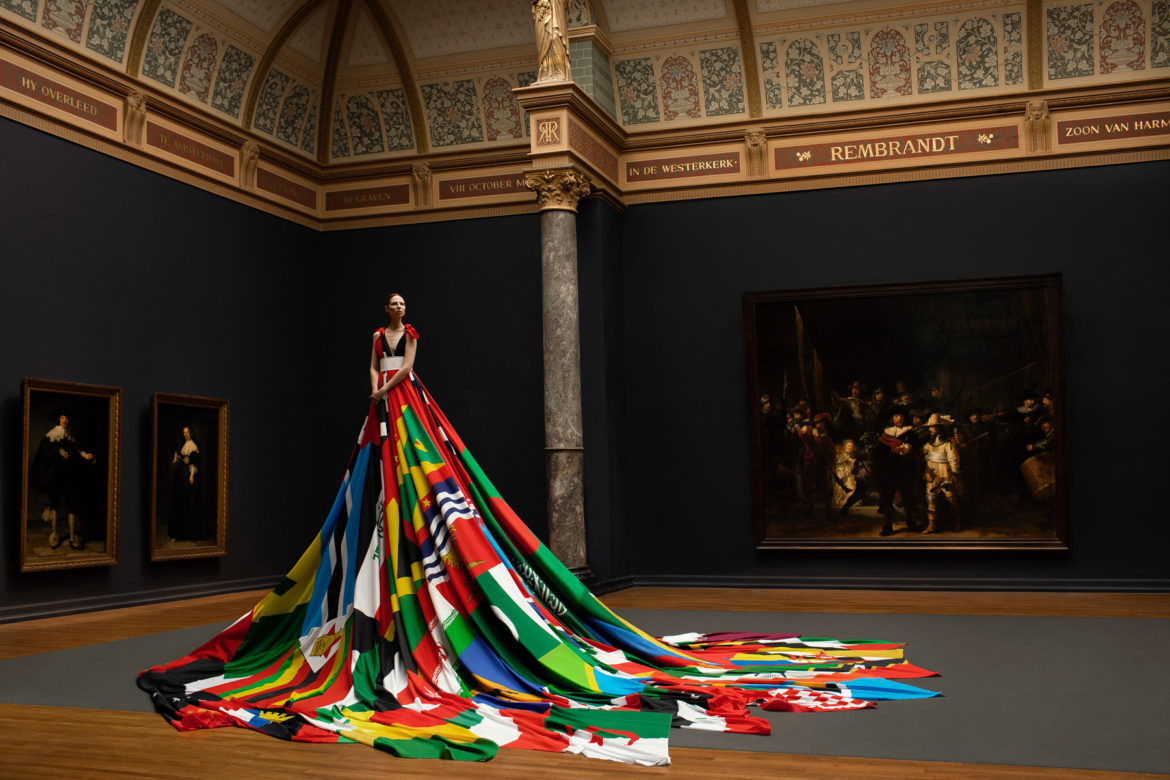 "The Amsterdam Rainbow Dress has an important and, unfortunately, still relevant message."

And now, the exciting part - as of August 2 this year, The ARDF and COC Amsterdam have officially donated the dress to the Amsterdam Museum!

For the days surrounding the gifting ceremony, visitors can expect a whole bunch of activities and events in honor of welcoming the inspiring piece to its new, permanent home. Director of the museum, Judikje Kiers summarizes, "We look forward to showcasing this famous dress in our collection. The Amsterdam Rainbow Dress has an important and, unfortunately, still relevant message."

As a living work of art, the dress encourages people to actively contribute to, defend, and share the message of freedom and equality. A reality that we hope is not somewhere too far over the rainbow. 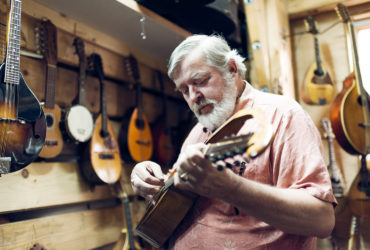 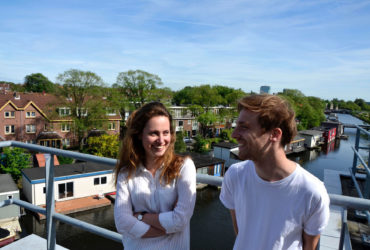 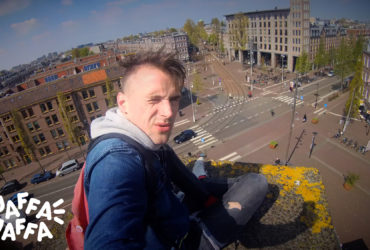