The Shared Space Experiment - does it work?

The IJ-zijde of Amsterdam Central Station is changing rapidly. Since June last year cars are no longer going overground from East to West, but underground. 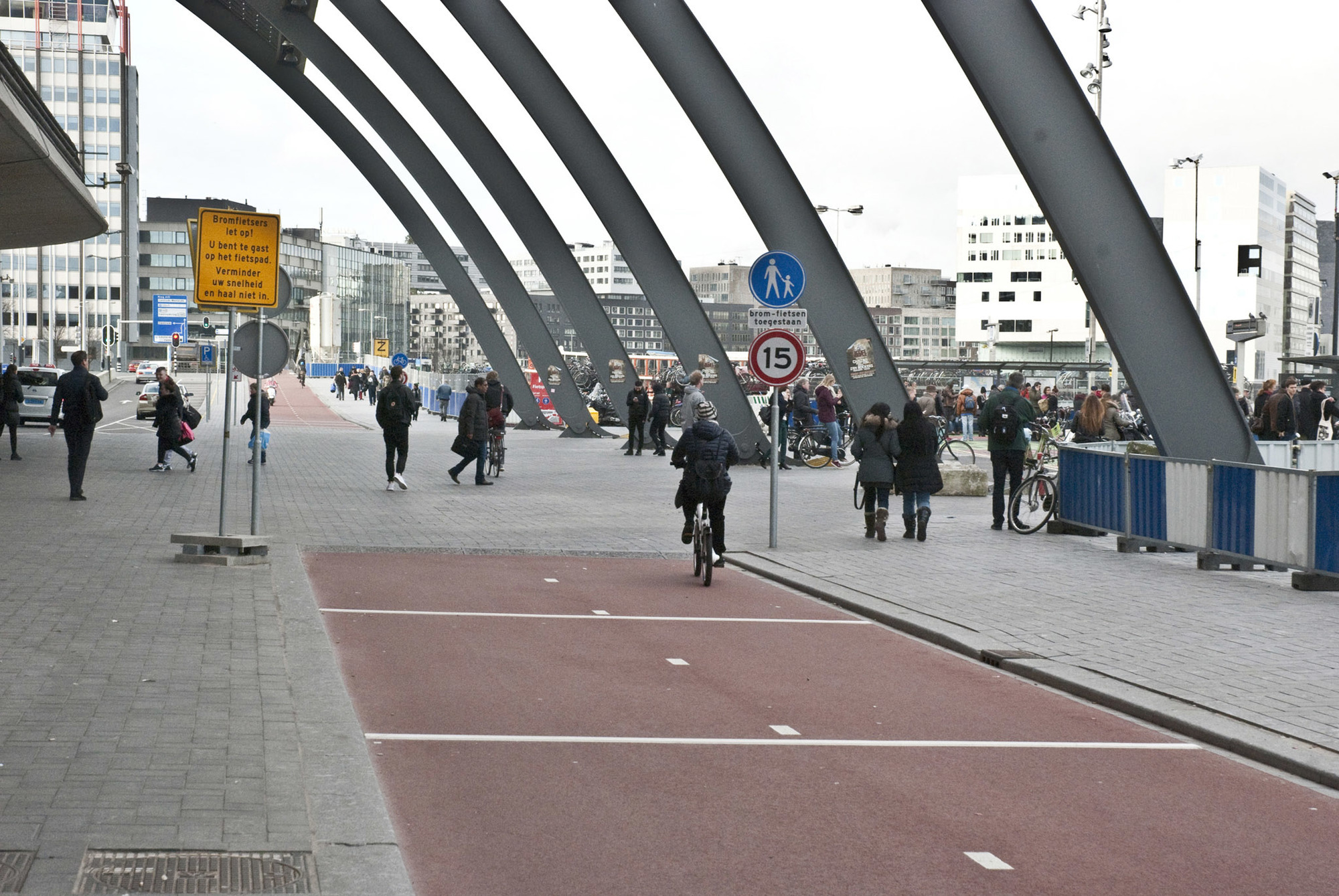 The shared space on IJ-zijde is part of the redesign of Amsterdam Central Station. Especially in the past year the redesign became visible. Mid November the Cuyperspassage officially opened. This is where cyclists and pedestrians move from the city centre towards the ferries.

The IJ-zijde passage (North part of the station) is looking very urban and futuristic with a lot of new shops and places to eat/drink. The bus station has been in use for quite some time now. For cyclists and pedestrians there is now more space to move around the IJ-zijde of the station. 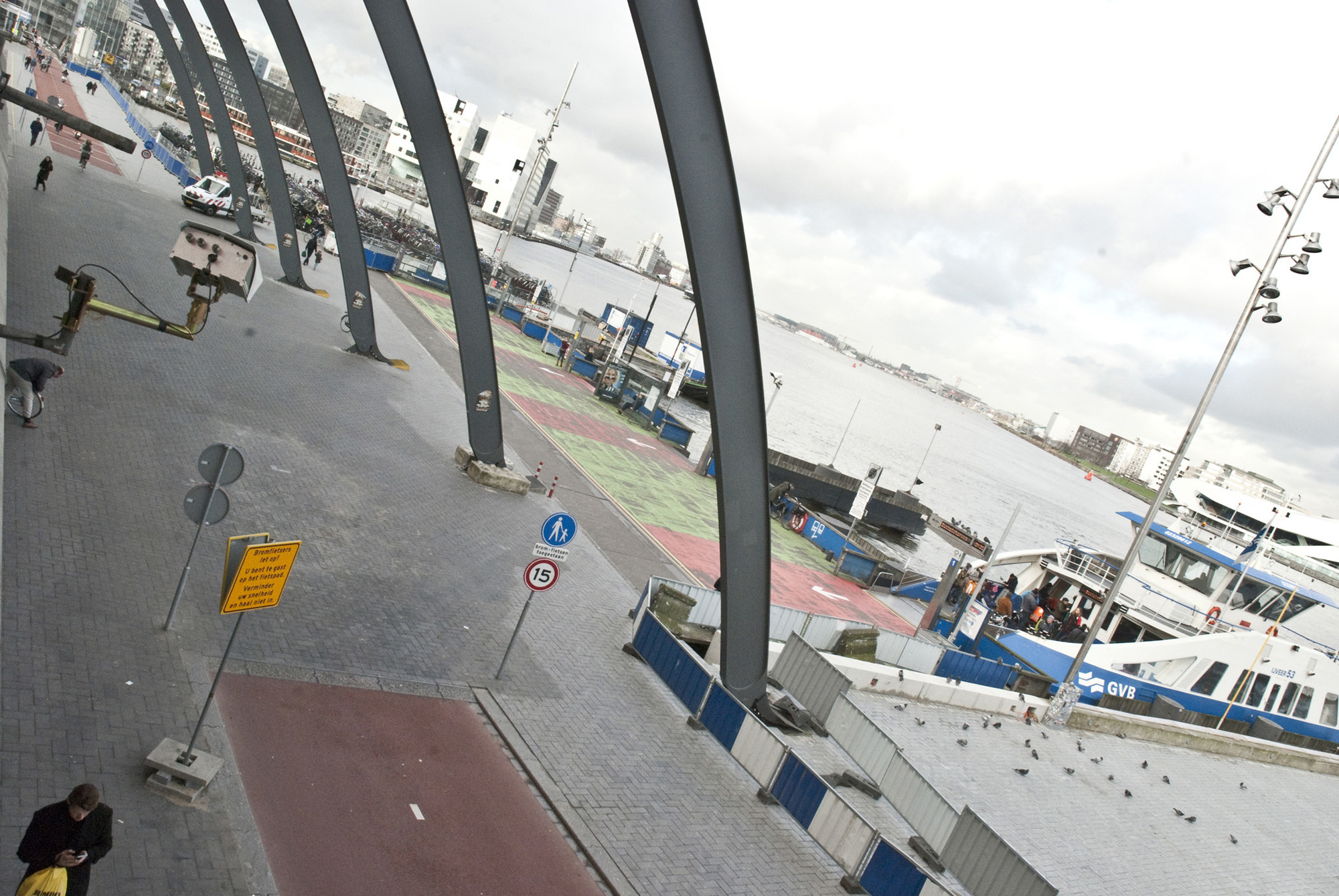 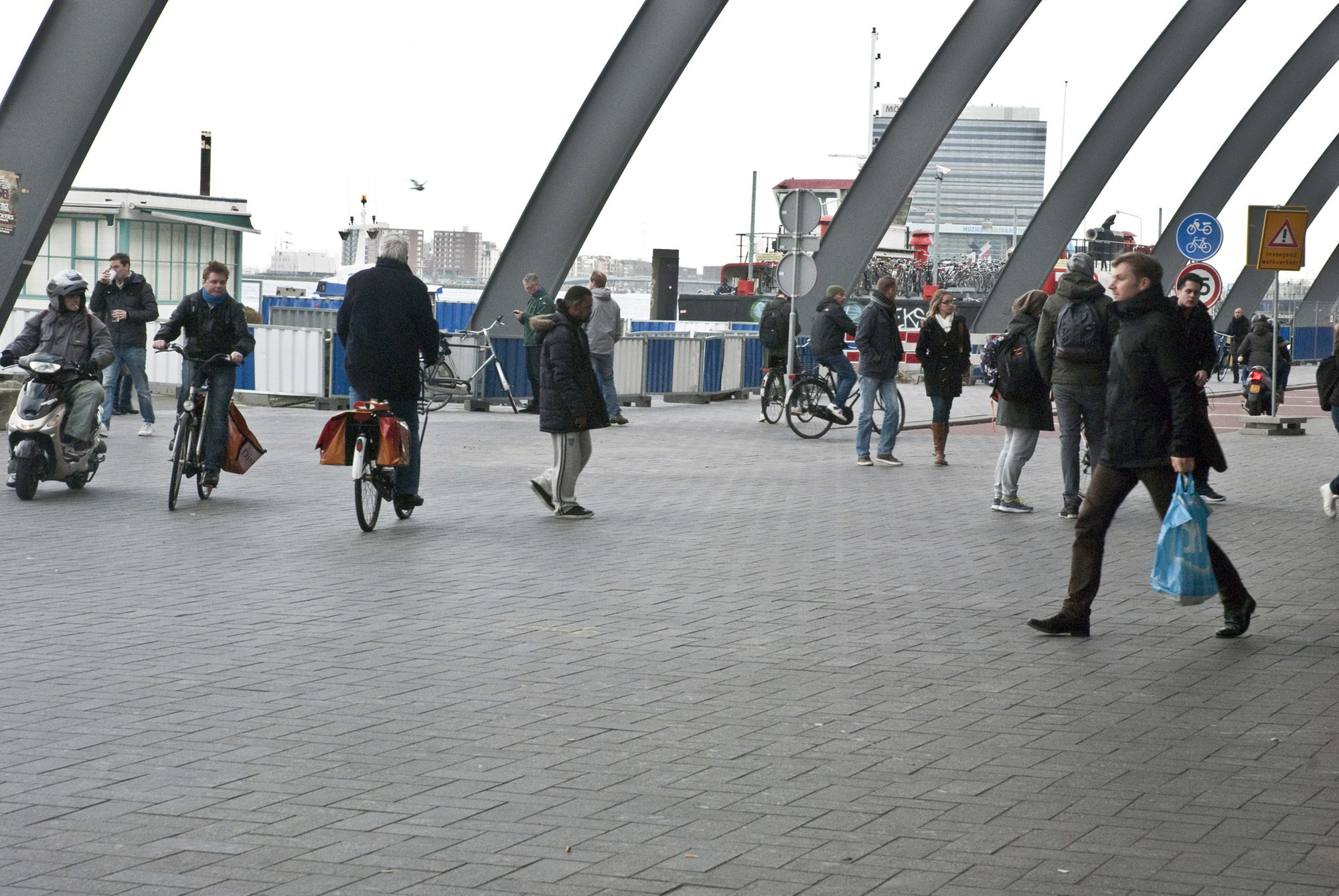 What is a shared space?

A shared space are areas of road where there are no rules for cars, cyclists and pedestrians. Well, rules as in that there is no traffic light saying that you have to stop. Or no sign saying who has priority on the road.

In practice this means that it is all for themselves. Those who are in a shared space decide for themselves what will happen and who gets priority. It should make people more aware on the road and slow down. Without rules road users are responsible for their own actions. 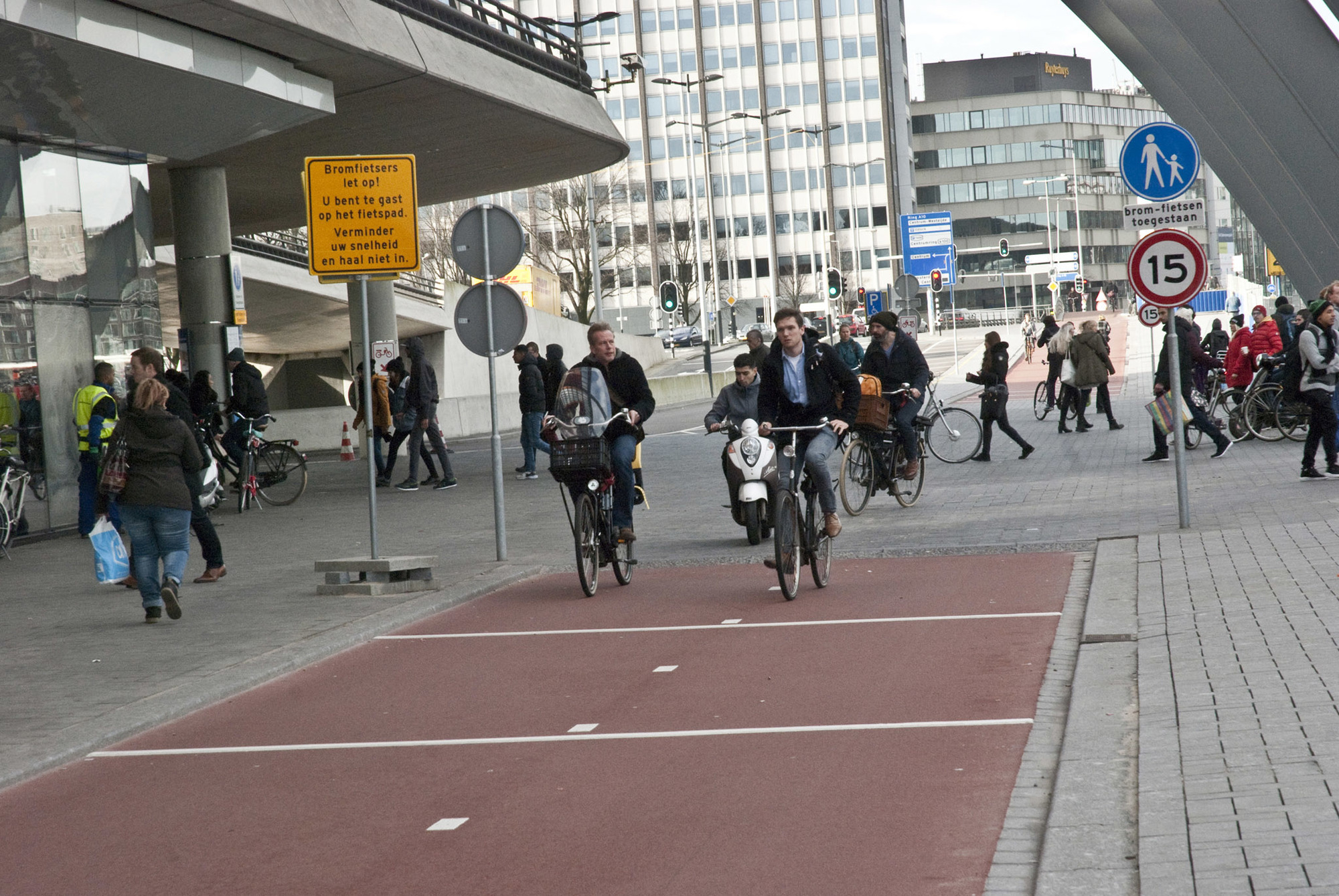 A ‘shared space’, as it is being called, is definitely not something new. There once was a time when there were no traffic lights, crossing paths, traffic signs and thresholds on the road.

It is Dutch traffic engineer Hans Monderman who is known for the design concept of a ‘shared space’. His vision was that traffic efficiency and safety would improve when you would redesign the the streets and remove features such as traffic lights and regulations. Apparently he hated traffic signs. 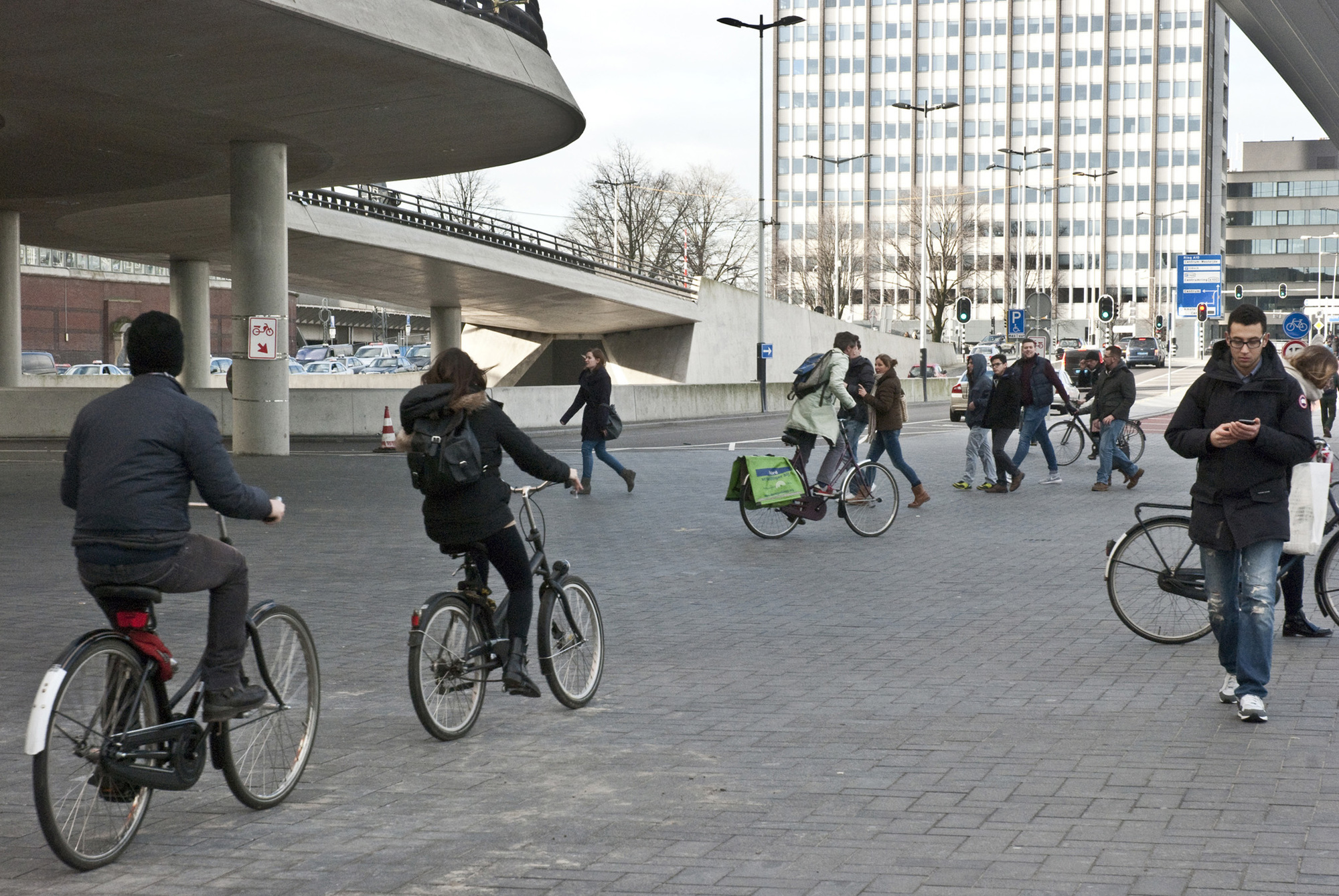 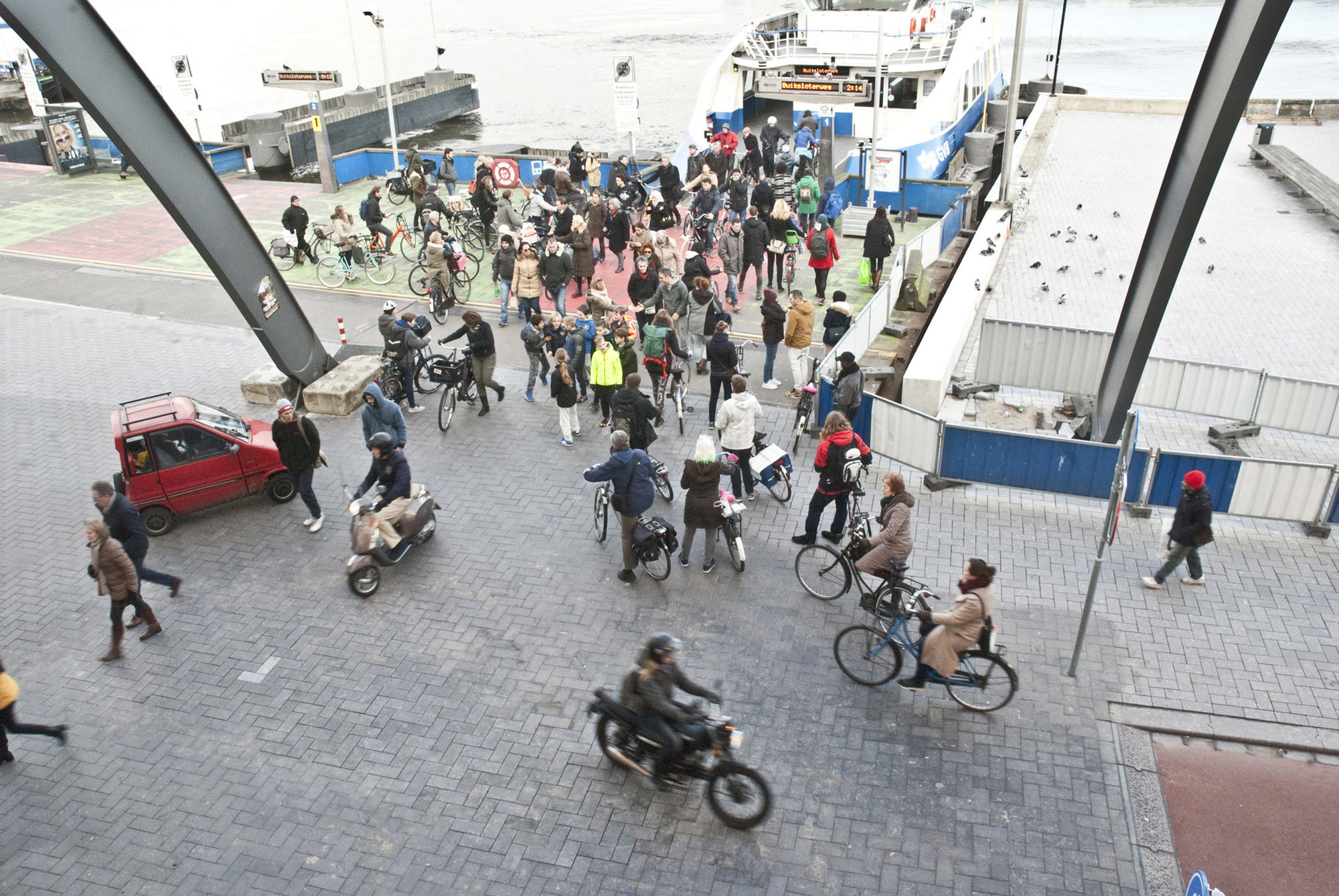 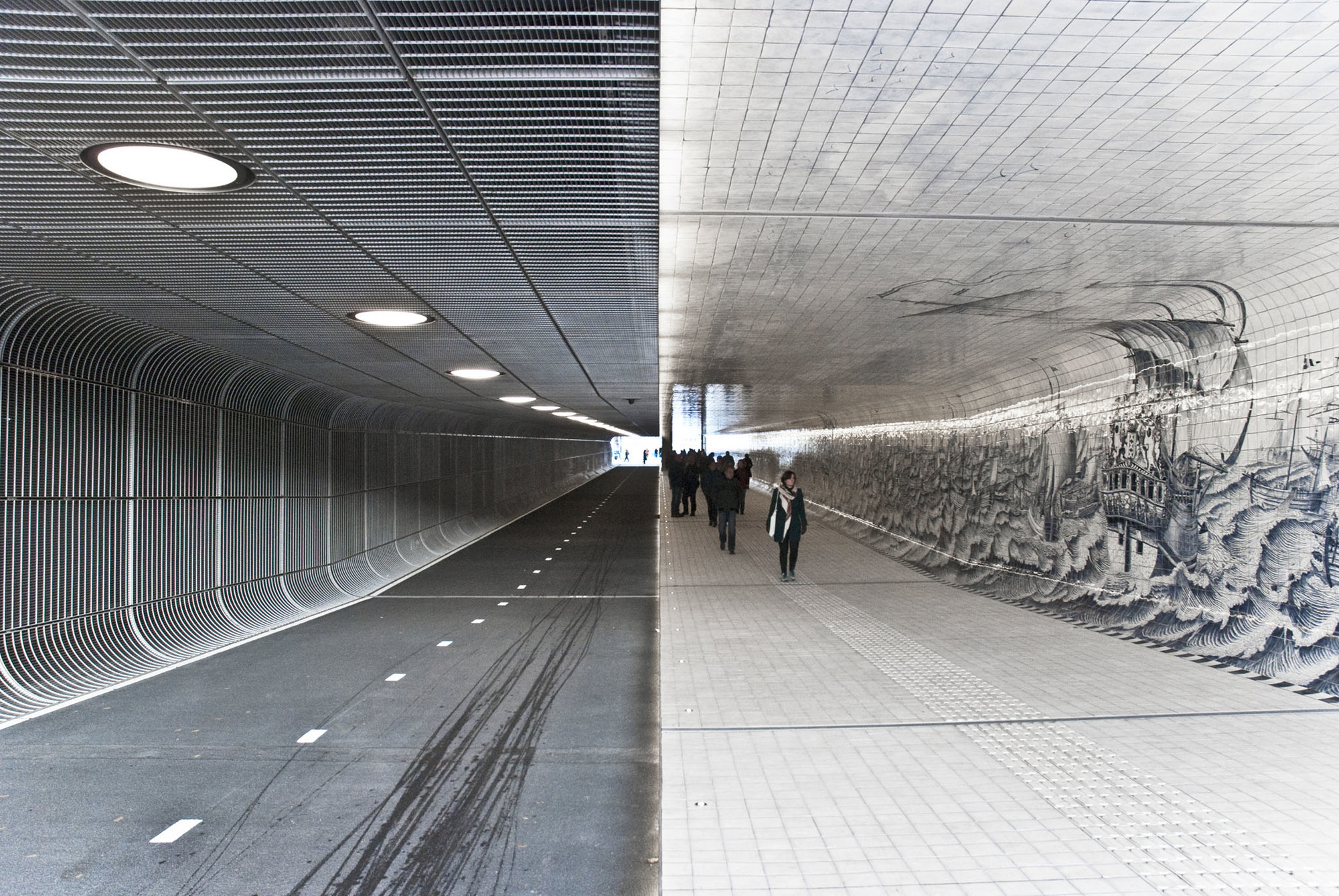 Monderman: “Who has the right of way? I don’t care. People here have to find their own way, negotiate for themselves, use their own brains.” 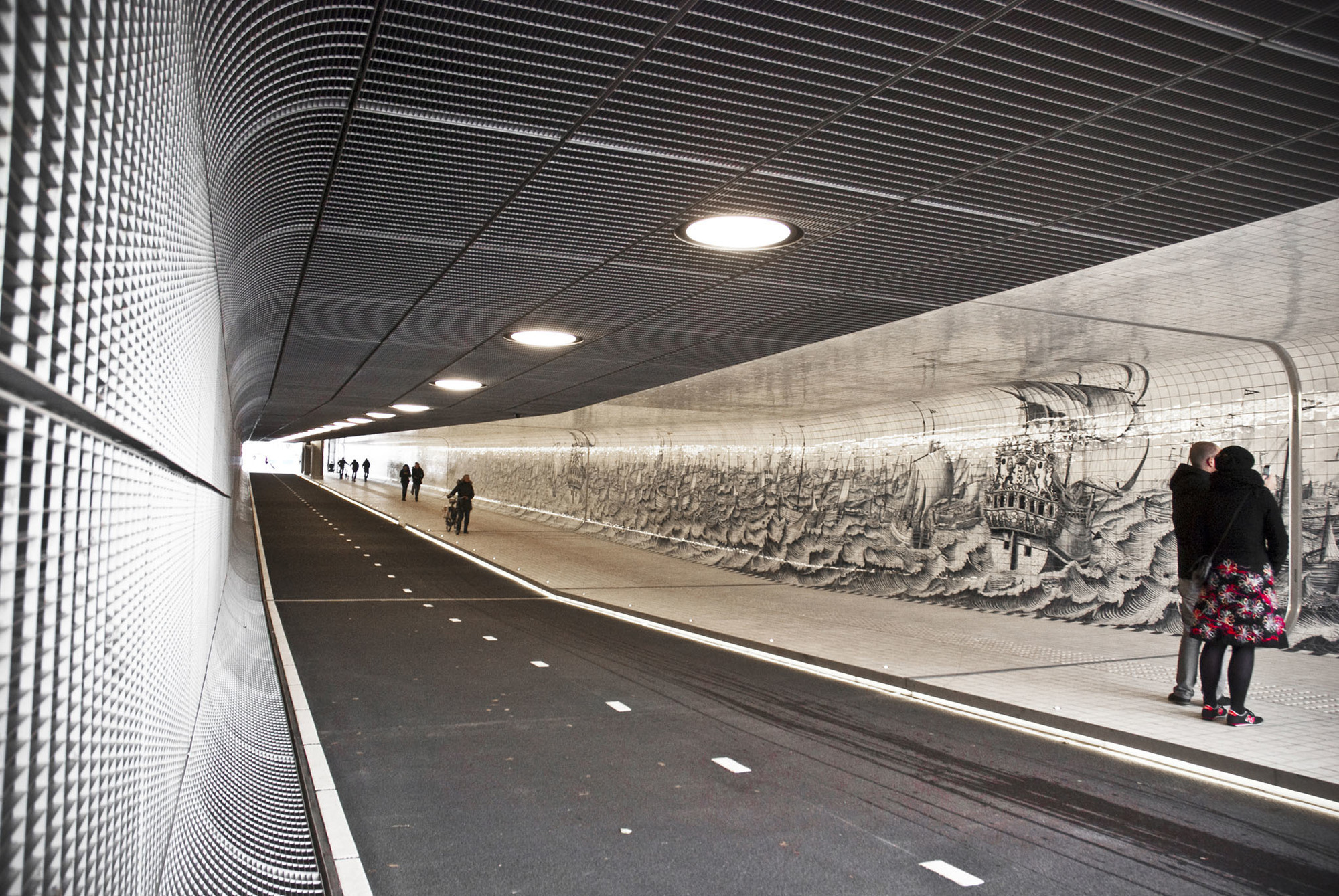 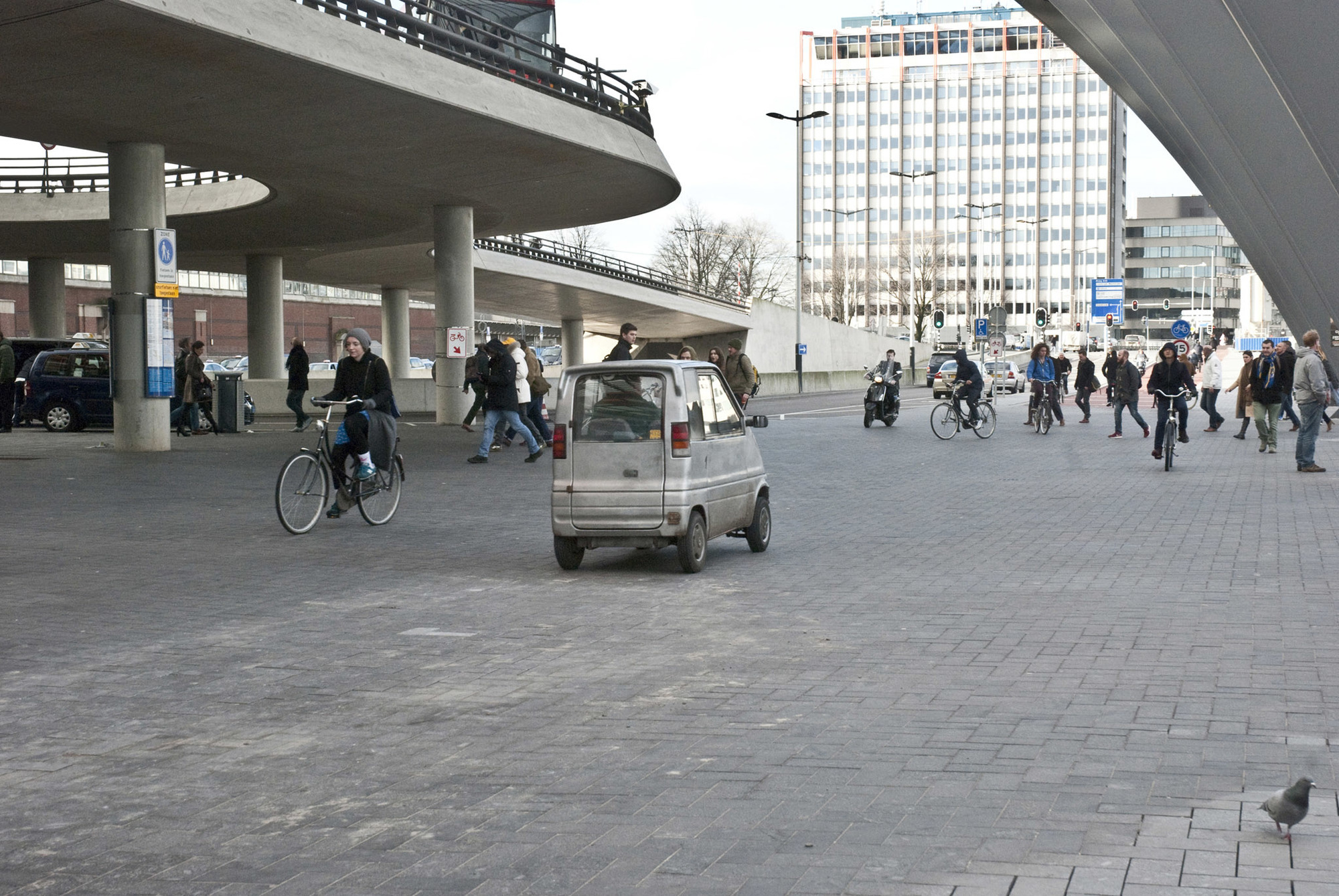 There is a cyclist who is coming from the new Cuyperspassage and wants to catch one of the ferries. From the right comes another cyclist, who is in a hurry. Then there is a group of joyful lost tourists who are coming from the ferry and want to dive in the city centre.

You would expect some sort of a clash between all of them, but when I was observing this shared space, it all went very smoothly. This was just one short observation. It does however show that a shared space without regulations works.

Be responsible and careful when entering the 'shared space'.