The value of design

The design for Norwegians new currency has got a lot of attention lately, both national and around the world. We sat down with the two design agencies behind the new banknotes and got to unveil some little known facts about their high profiled design.

The two agencies that won the competition to design the new banknotes could not be more different. The Metric System is a small agency of four (all partners) and Snøhetta is a big international agency with both designers and architects from all over the world. With their own way of working, both agencies produced some fantastic results, and now we can’t wait for 2017 to arrive so we can start and use the new banknotes.

Who worked on developing the design for the new banknotes?
The team that worked on the design was I, Are Kleivan and Terje Tønnesen – the illustrator, who we hired to join the team for this project. He is a very talented illustrator with a strong photorealistic expression. 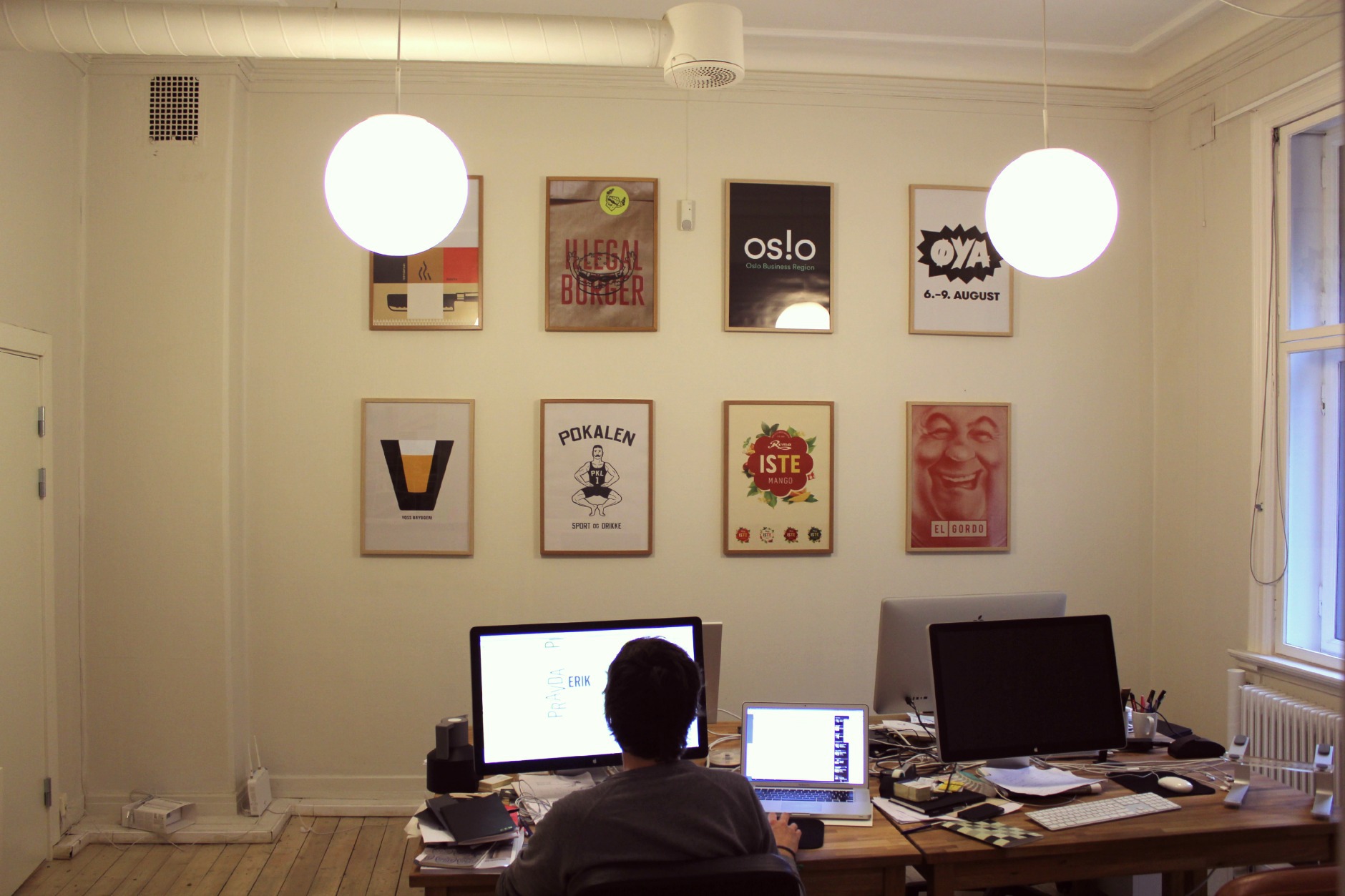 A creative process is often pretty long, how did you decide which design to send in to the competition?
Off course you try out plenty of things in a creative process, but the brief we got from The Bank of Norway was very clear and direct. The ocean was the main theme, but each banknote did also have it’s own theme. So the biggest job for us was to find a strong element for each bill. The theme for each banknote is:

We wanted design that was instantly recognisable, but still left room for the users own interpretation. 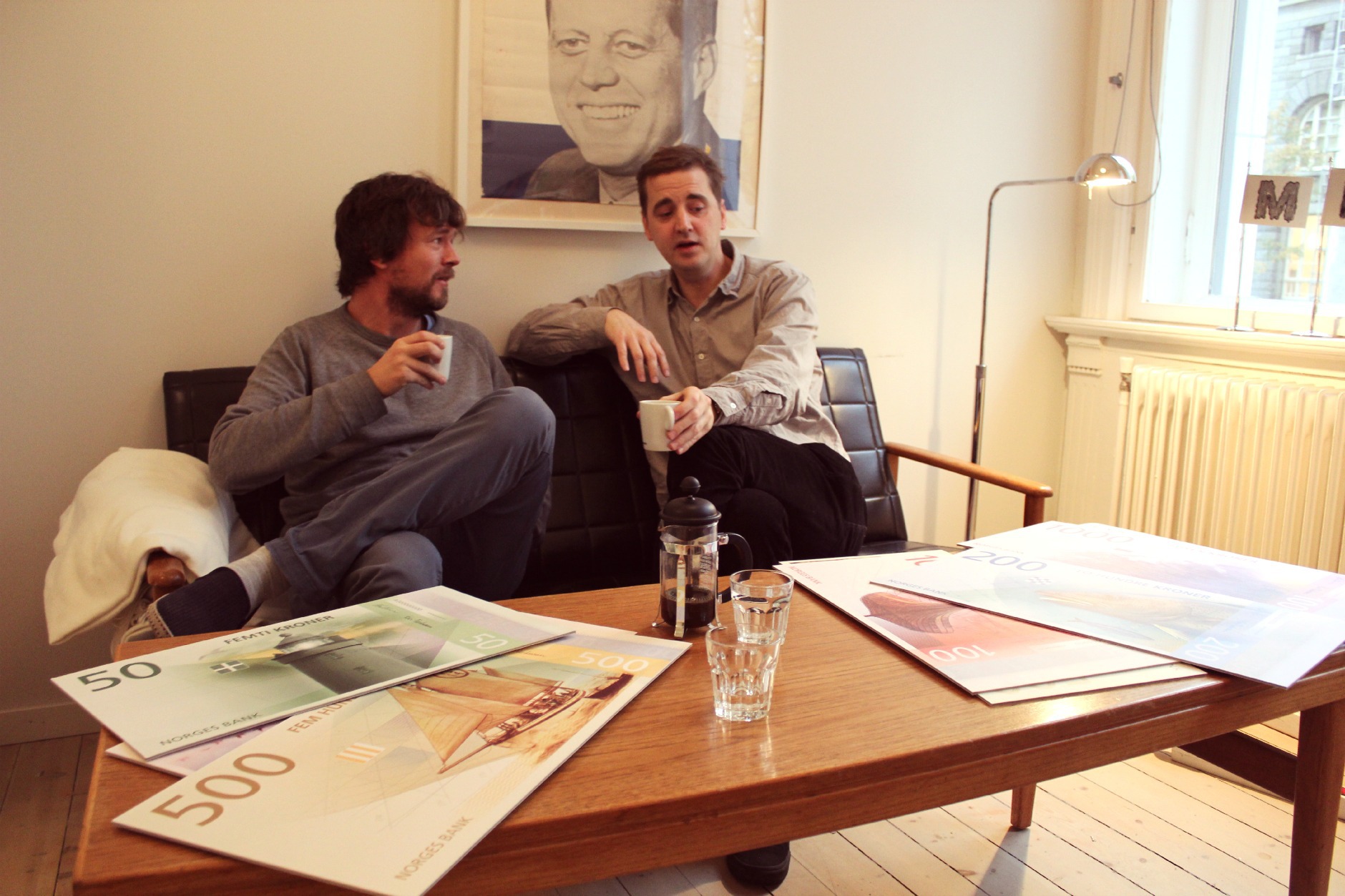 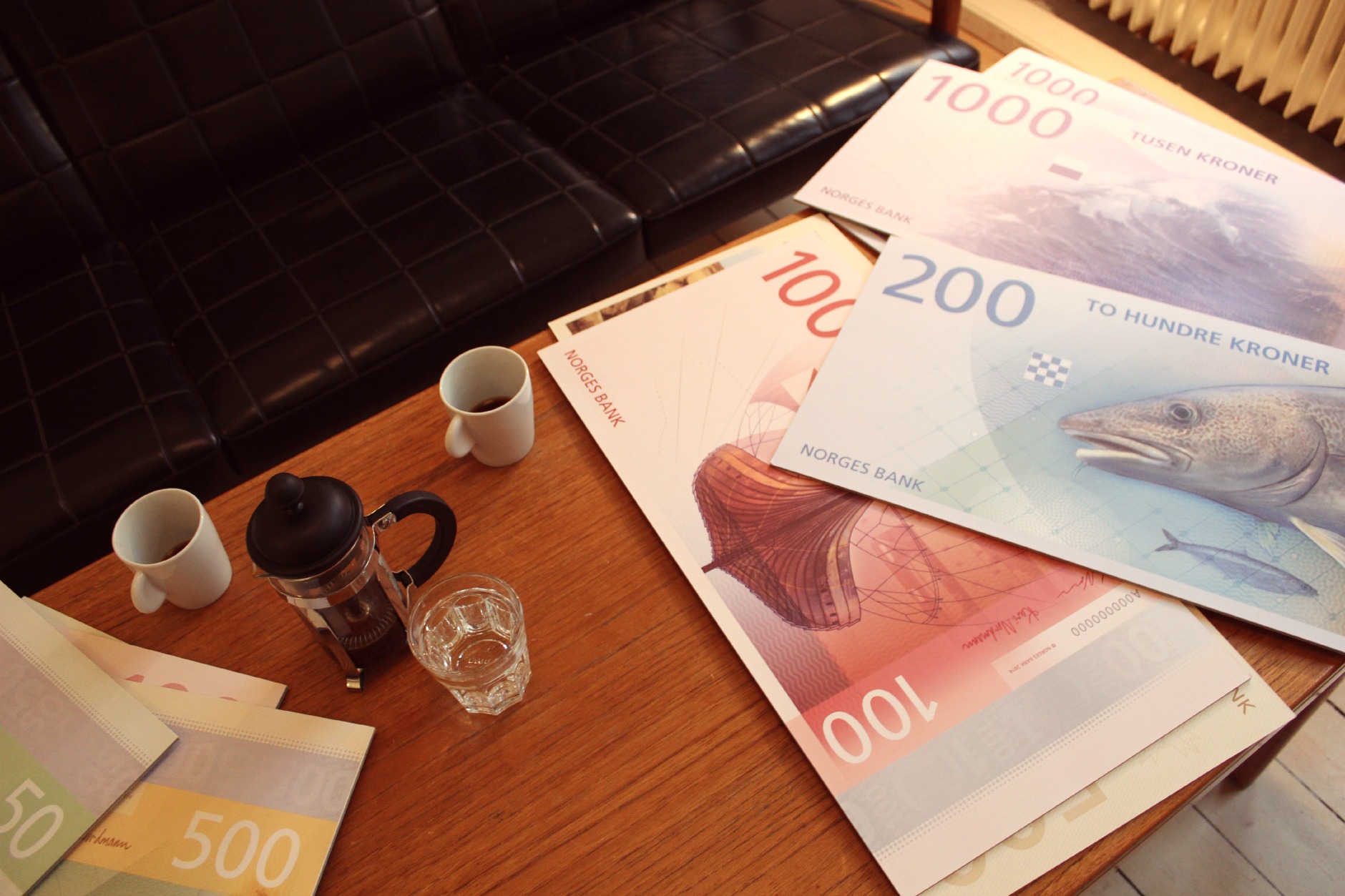 Is the design finished now?
No, not for a long time. Now the design has to be checked against the new safety rules and then an illustrator will translate the design for use on copper plates.

What does this win mean for you as an agency?
This is the most used design in Norway, so it’s one of the biggest things that you can do as a graphic designer or illustrator. This is a project you don’t have to explain for people. It also means allot for us as a smaller agency, because of all attention and public interest this design has got. 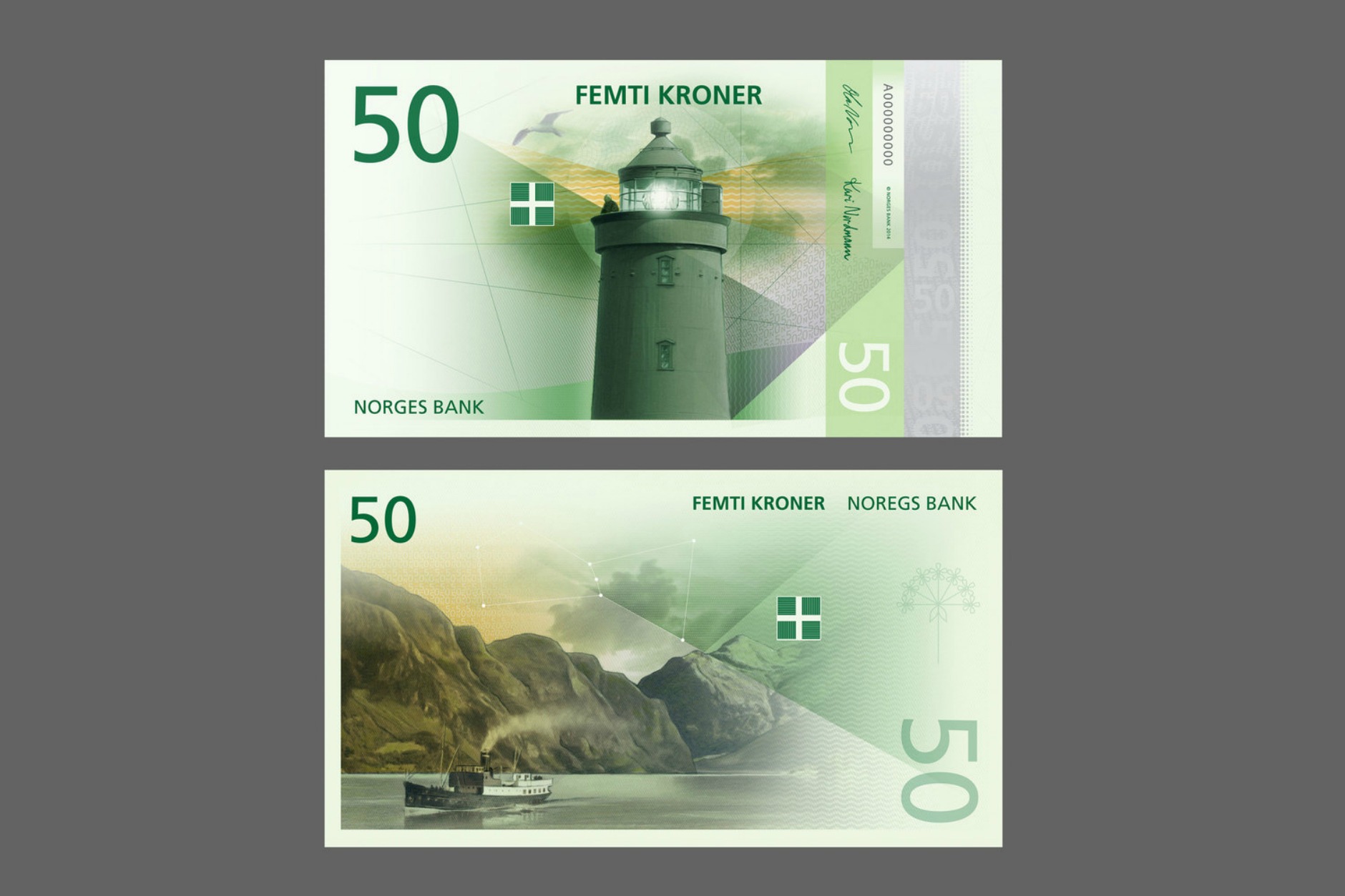 What do you like most about Snøhetta’s design?
What I like the most is that the expression feels new in this context. Where we deliberately work inside the frames of what feels like design for currency, and explored that realm of possibilities, Snøhette chose to use another visual approach. I like the freshness of their design.

Tell us something we probably didn’t know about the design.
The banknotes are built in levels, if you look at the 50 kr bill there is latitudes at the bottom, then there is the illustration – the main element of the design and then there are the maritime signal flags – each flag that represent a letter. What you might not know is that if you place the banknotes in a certain order, they actually spell out Norge (Norway). 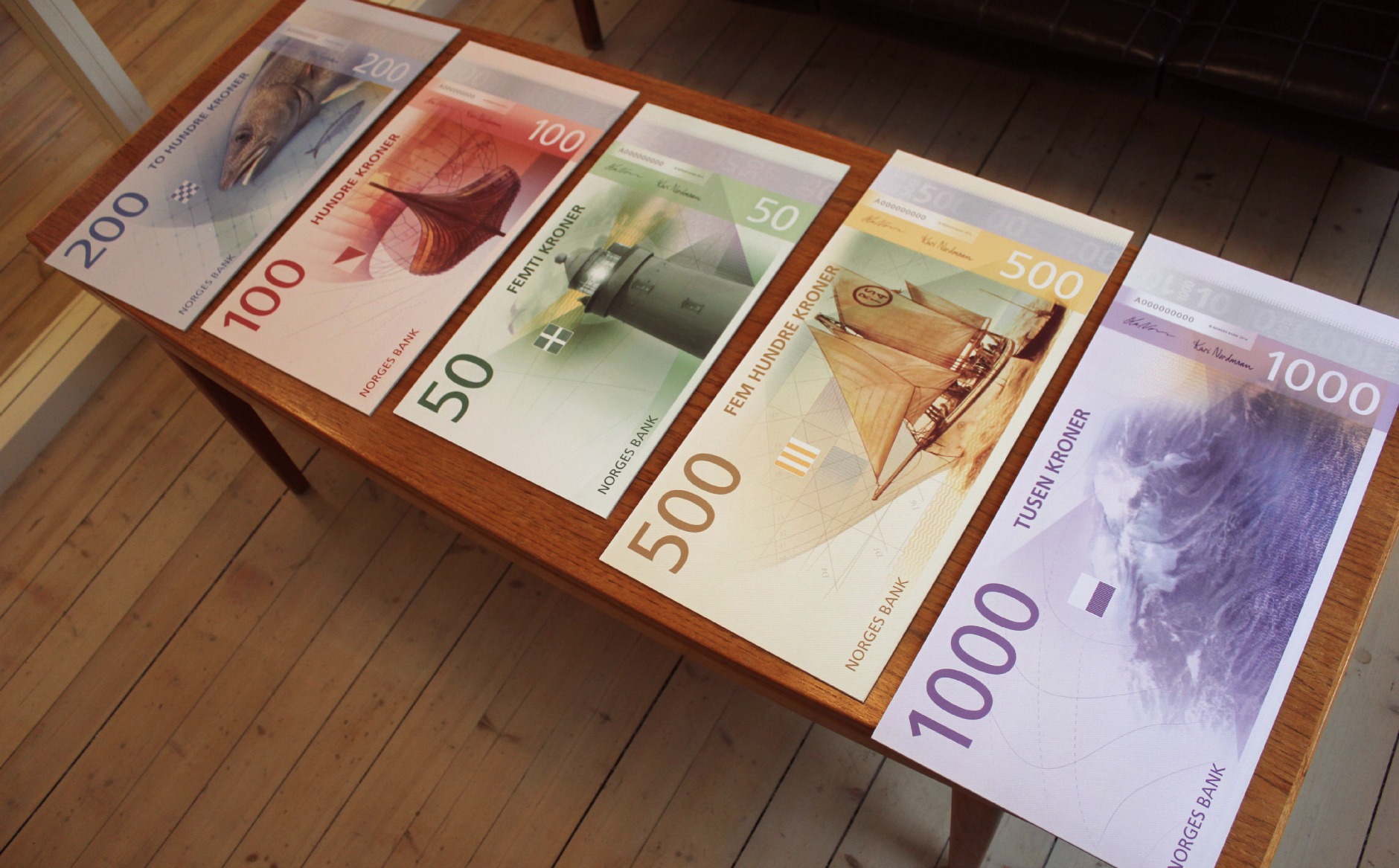 On a scale, how high is the bragging factor for designing Norwegians new banknotes?
Max on any scale. From 1 to 10 it’s definitely a 10.

Who worked on developing the design for the new banknotes?
Martin: Everyone, especially in the beginning and during the development of the concept. That is one of the biggest advantages of working in an agency of a certain size, you can get ideas from so many different kinds of designers during the whole process.

We like to work in large groups at Snøhetta, and there where graphic designers as well as architects working together on this project, from Oslo off course but also the New York office. 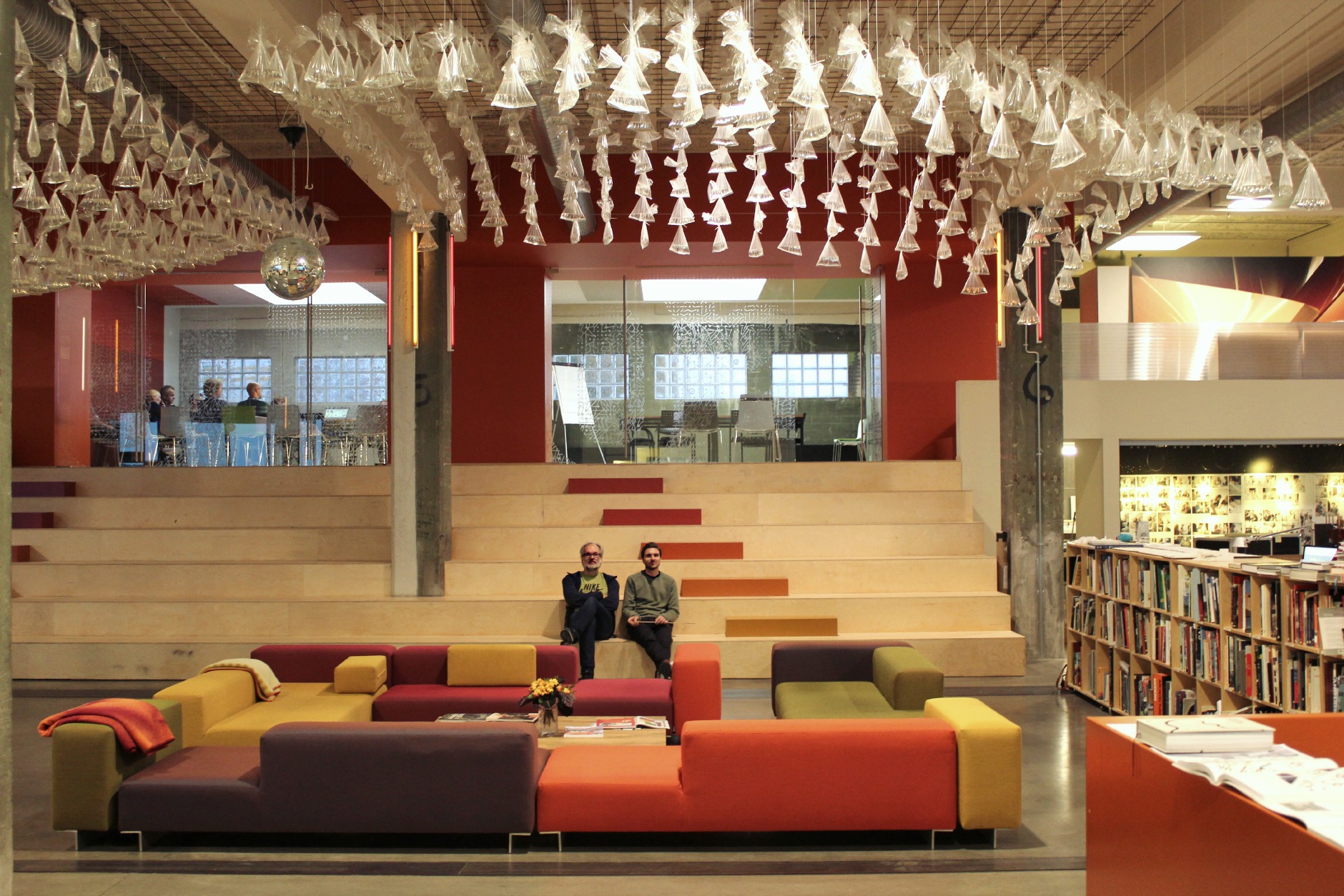 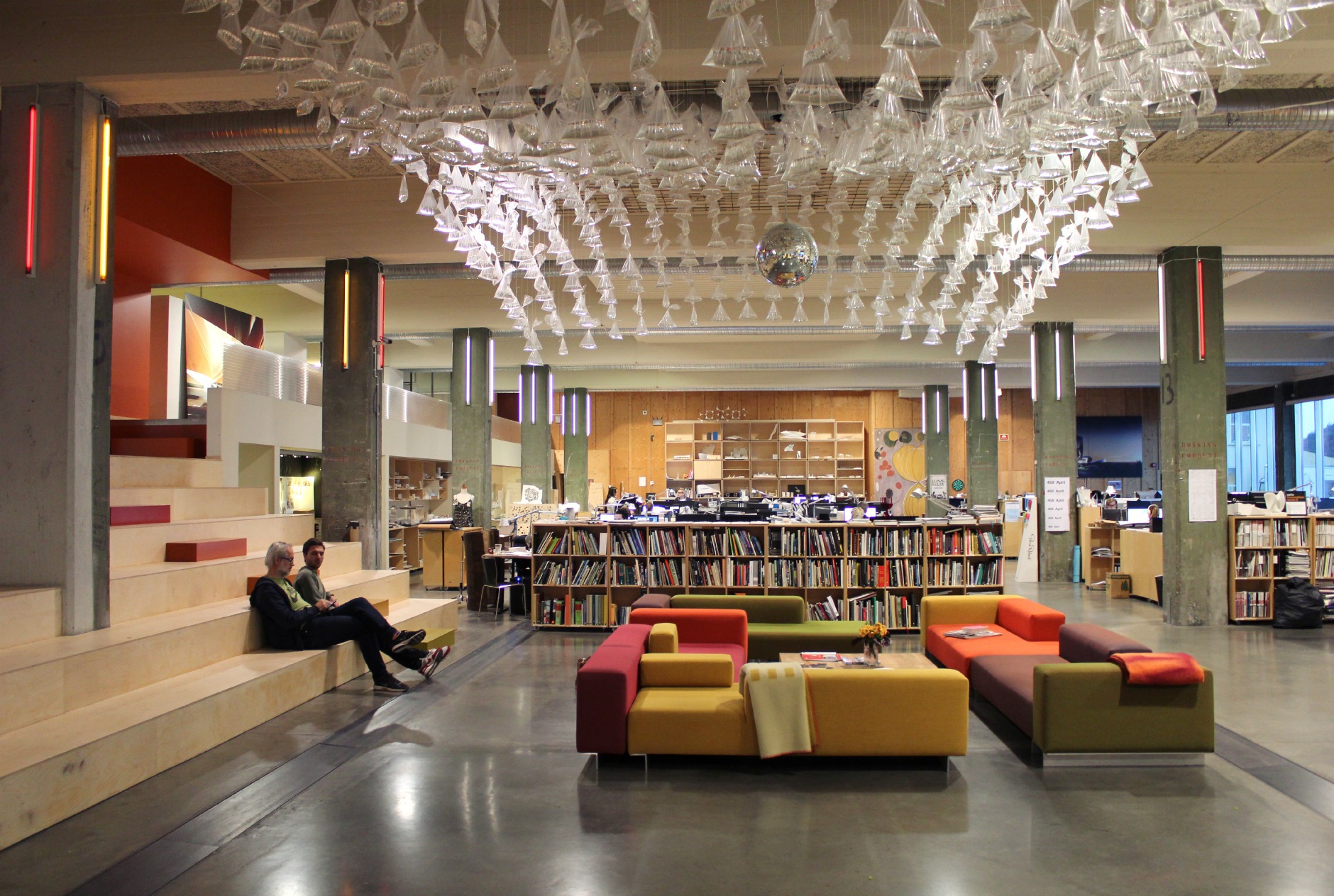 A creative process is often pretty long, how did you decide which design to send in to the competition?
Martin: We don’t start with design but the concept, or the big idea if you will. So we don’t start with a lot of designs - that comes later. Then there are a lot of rounds with sketches and different ideas of how we can realize our concept. It’s been a difficult process.

Have you always known you wanted to do this abstract, pixe-like expression?
Martin & Henrik: No
Henrik: Even if you have experience, you can’t image how complex this project is before you get started. The brief was very clear but that didn’t always make things easier, I would actually say the opposite. Things that we usually spend a lot of time on were set, like colors and typography.

Is the design finished now?
Henrik: The project will go on until launch of the new banknotes in 2017, so this is just the start. 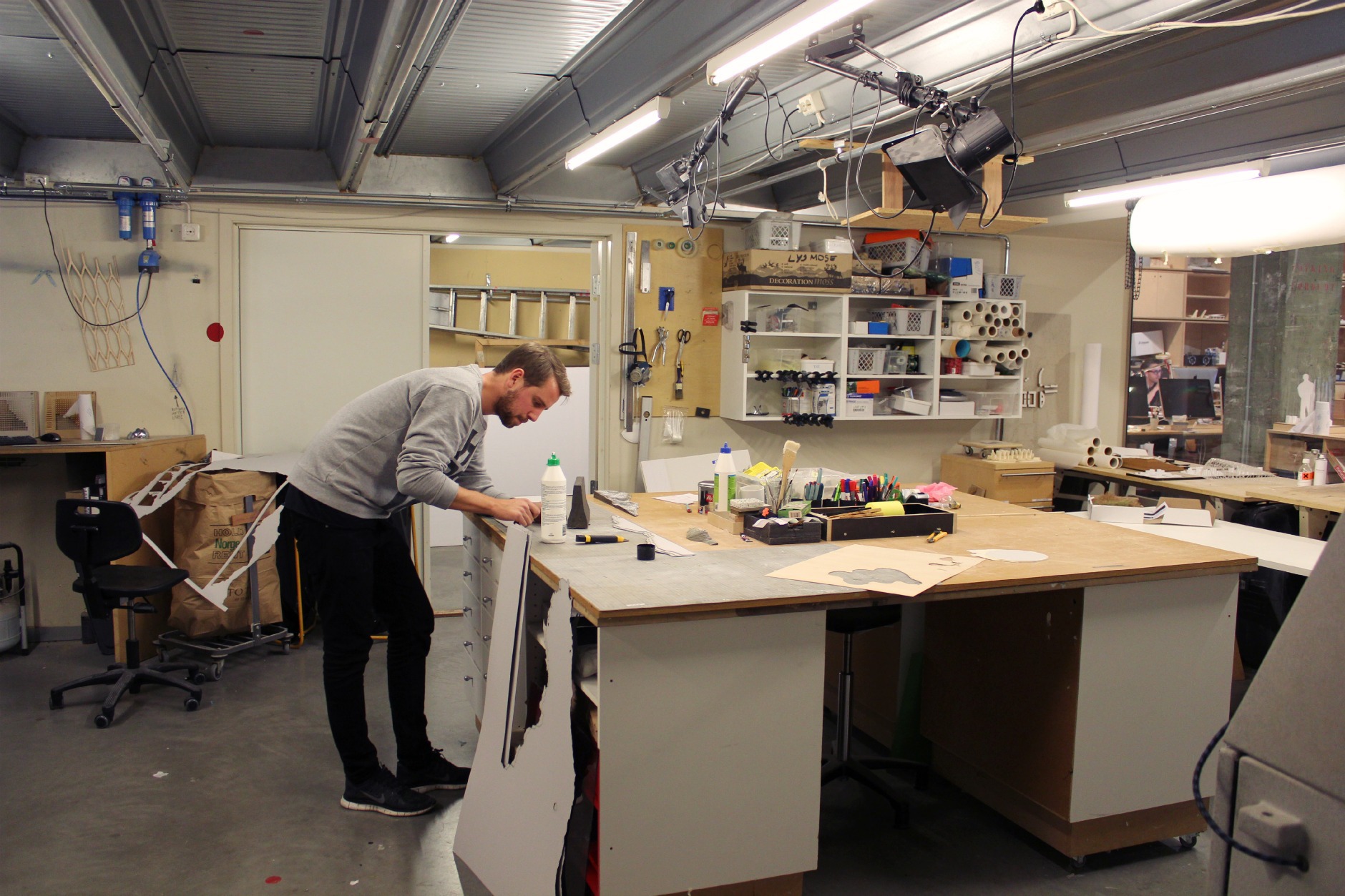 What does this win mean for you as an agency?
Martin: This was from the beginning a very exciting project for us because the banknote design is so important and has a great public interest. It is also a representation of Norway when you think of tourists and the impression they will get from the design. It’s an honourable assignment to work with.

Henrik: You often say that design ads value, but the money is valuable in themselves as well.

Witch banknote is your personal favorite?
Henrik: The 1000 kr bill.
Martin: I don’t know, I like them best together because they are designed to work as one long Norwegian coast. And the bills borrow colors from each other to make a more seamless transition. I think the 1000 kr bill is so beautiful because the other banknotes has more defined elements, but the 1000 kr bill is just a long horizon.

Henrik: The theme for the 1000 kr banknote is the future, so it’s suppose to be empty because we don’t know what the future brings.

Martin: Try and squint your eyes and the main element will appear more defined. Still it’s very open for interpretation. Many people thought the 200 kr bill depicts the opera house, but it’s actually a fishing boat.

What do you like most about The Metric system’s design?
Henrik: What I like most is the incredibly high craftsmanship that has been put in to the design. They have a light and understandable expression, which highlights the contrast to the pixel-side, and I think that is very important. It is a well thought through solution with a lot of layers.

Tell us something we probably didn’t know about the design.
Henrik: The design is built on and follows the Beaufort scale, as an expression of wind force affecting the sea. And you can see how the wind gets stronger and the pixels longer for each bill. 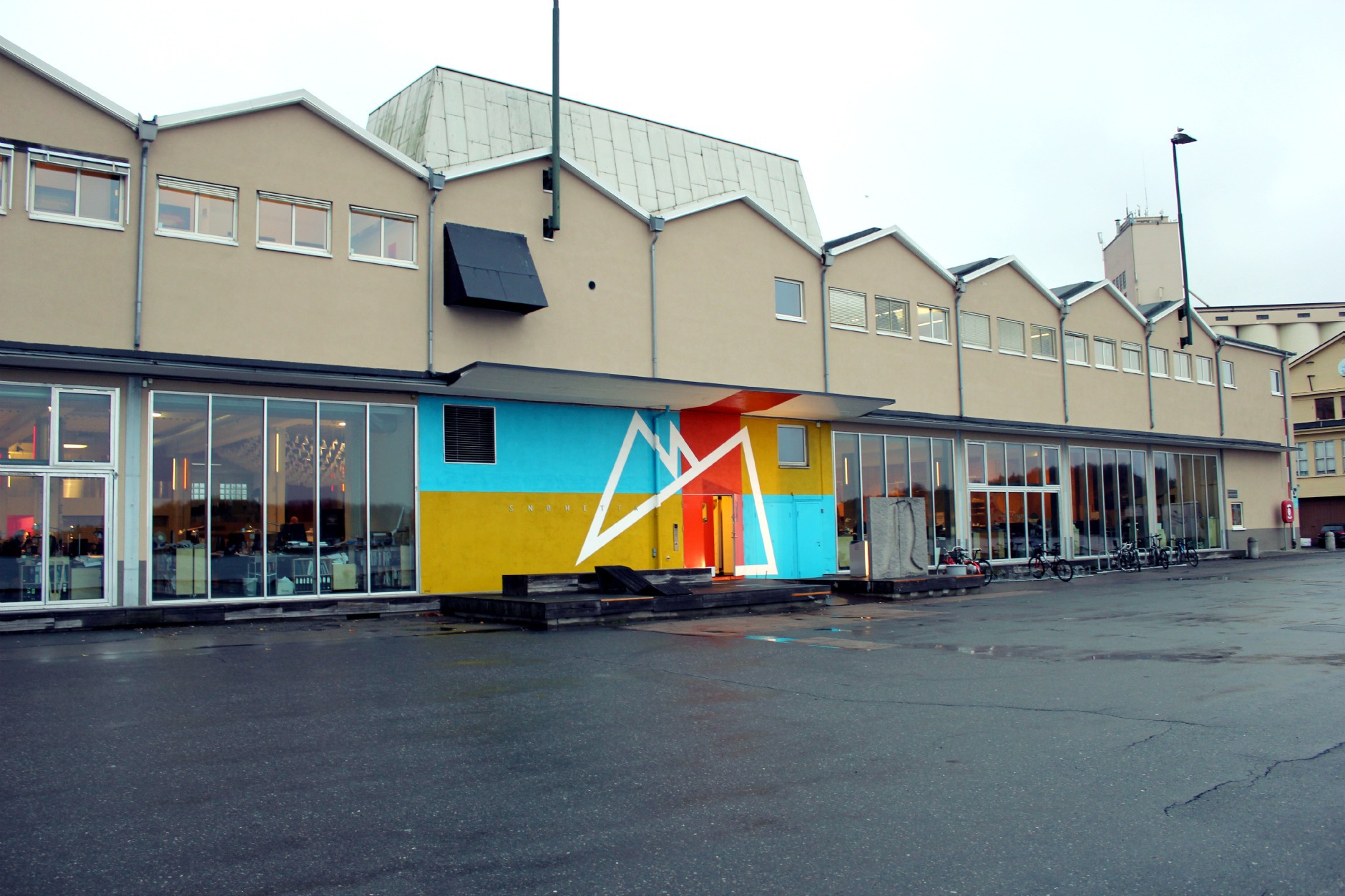 On a scale, how high is the bragging factor for designing Norwegians new banknotes?
Henrik: I feel that it’s a good 11.
Martin: I don’t think you get much higher when working with graphic design - it’s going to be printed in 120 million copies.
Henrik: Maybe the dollar-bill?
Martin: Well we do have a New York office.

The Metric System See all their banknote design here.