Cross Country skiing in Norway is like football in Brazil. It is the biggest sport with the biggest stars. Every year the world cup comes to an end in Holmenkollen in Oslo and people meet up, camp out and cheer on for their favourite athletes. 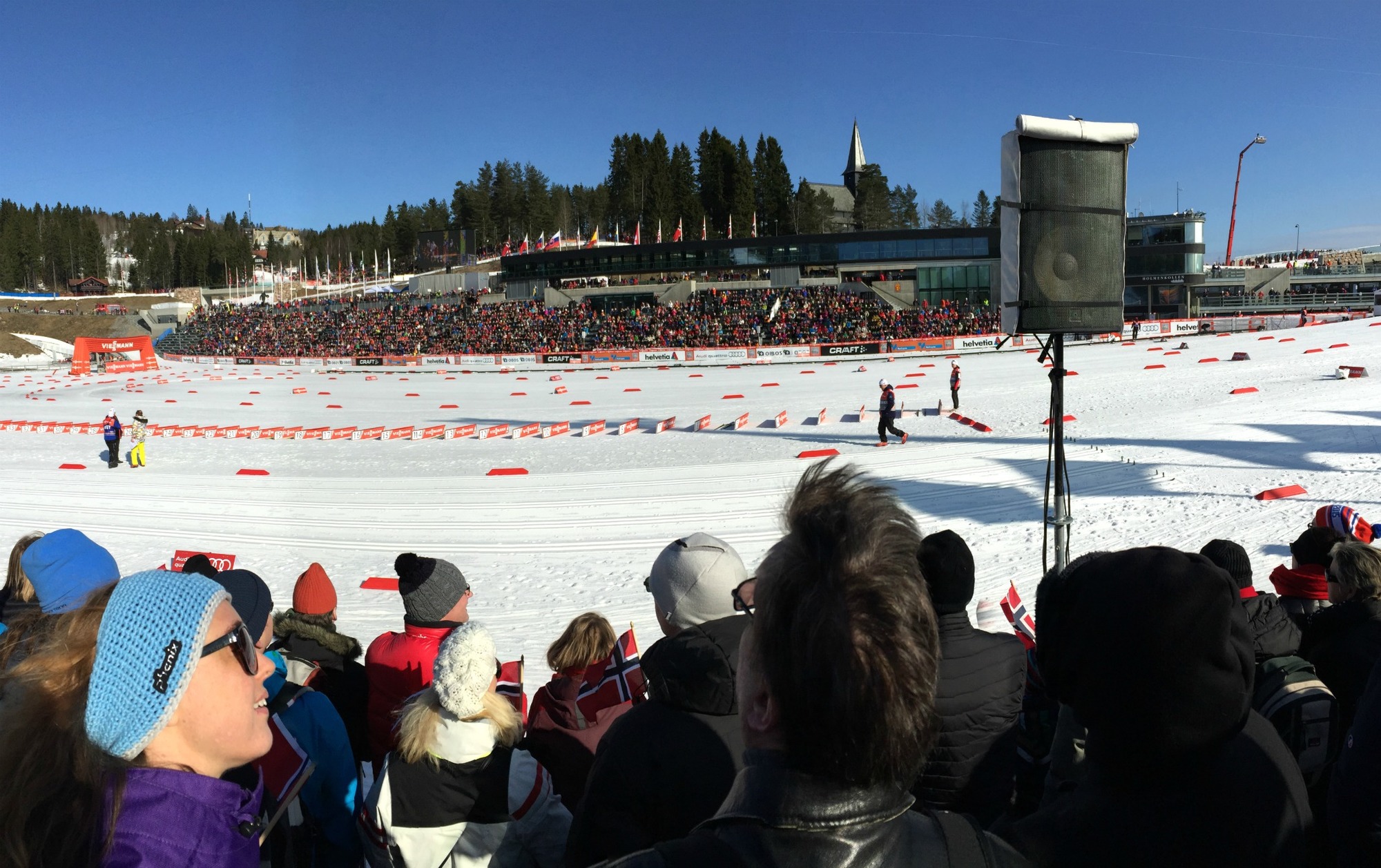 In addition to cross country, there is also ski jumping at the national landmark Holmenkollen ski jump that has been the heart of Norwegian ski tradition for over 100 years. The first ski jumping competition in Holmenkollen took place in 1892, and the winner then jumped 21.5 meters (the winner yesterday jumped closer to 140 meters). The same year they also had an 18 k cross country race, which was replaced in 1902 with a 50 k. For the last 113 years, the 50 k (women 30 k) has been an annual ski event that everyone looks forward to and meets up for year after year. Read more about Holmenkollen History here.

90 000 visitors this weekend at the worlds largest Ski Festival

The festival had 90 000 visitors this weekend, and in a city with only about 600’000 people, that’s pretty good. 7000 of those camped out in the woods around the track - in different camps depending on where in the country their from or which athlete they are rooting for. People sleep in their tepees and build fire pits so there is always something warm to eat and drink, listen to music and stand along the track to make this an unforgettable experience for all the practitioners.

Holmenkollen is also known for Kollen-brølet (the roar of Holmenkollen), which is the sound of the audience make when the practitioners pass the spectators in the stadium. Read more about the festival here. 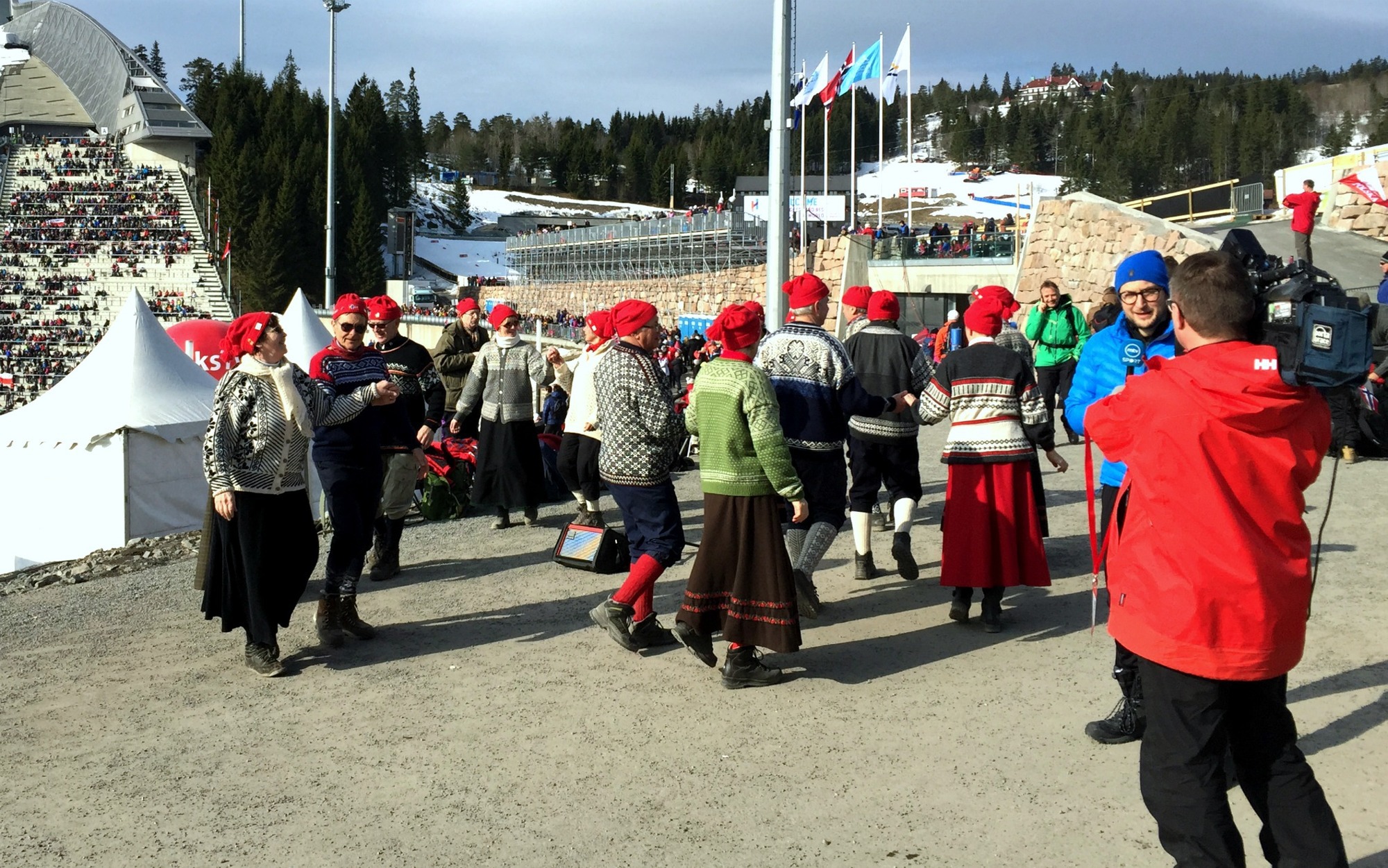 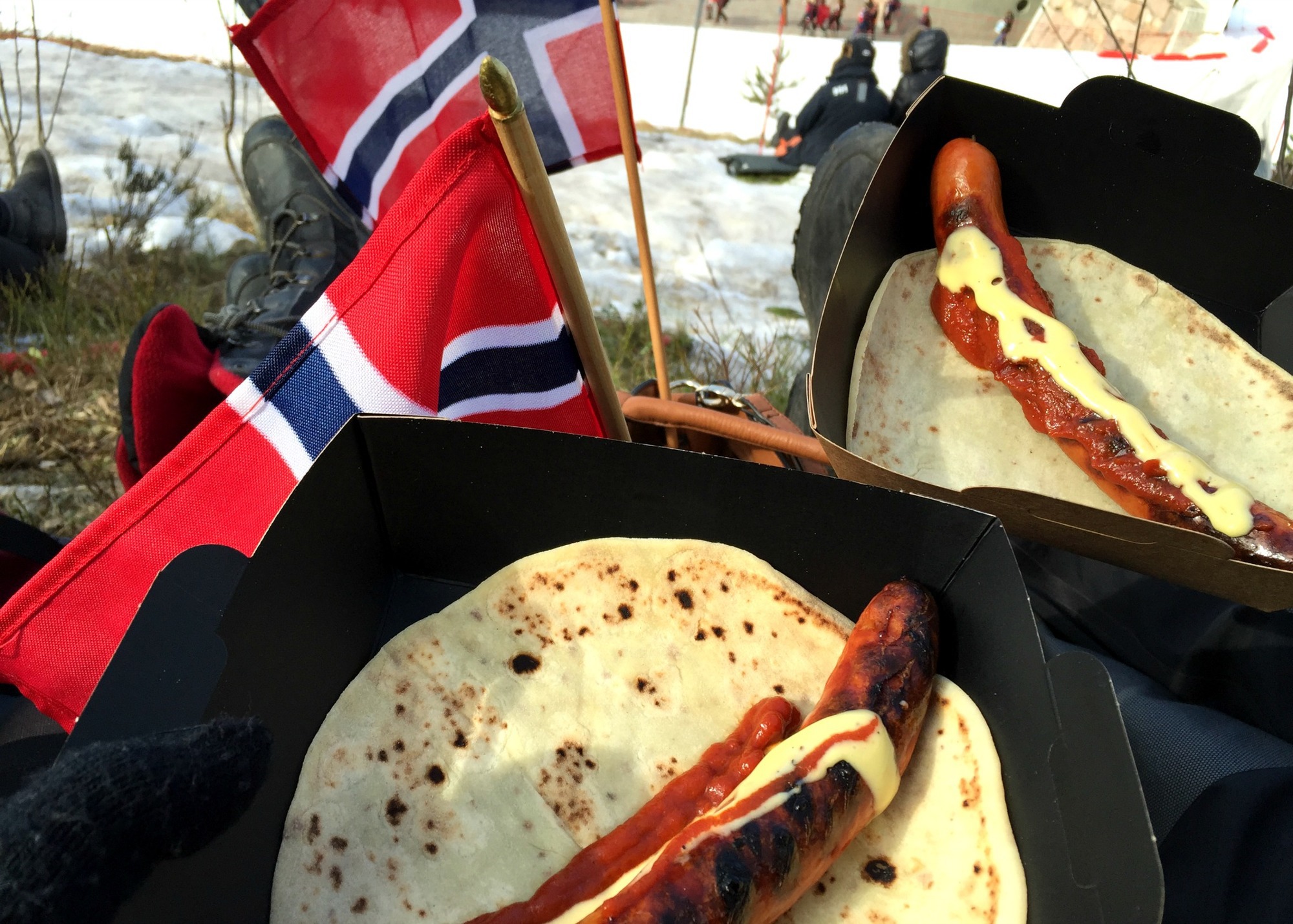 The international superstars famous in all of Norway

Petter Northug, Marit Bjørgen and Therese Johaug, three of the most talked about names in Norway, but almost unheard of outside Scandinavia. These are the most winning ski stars from the latest World Championship (held in Falun, Sweden only 2 weeks ago), and on every front page every time they win (or say something). These athletes get more media attention than any artist or actor in the country.

Left: Members of Christiania ski club, founded in 1871, one of Norway`s oldest ski clubs. Right: Athlete from the late 1800's. 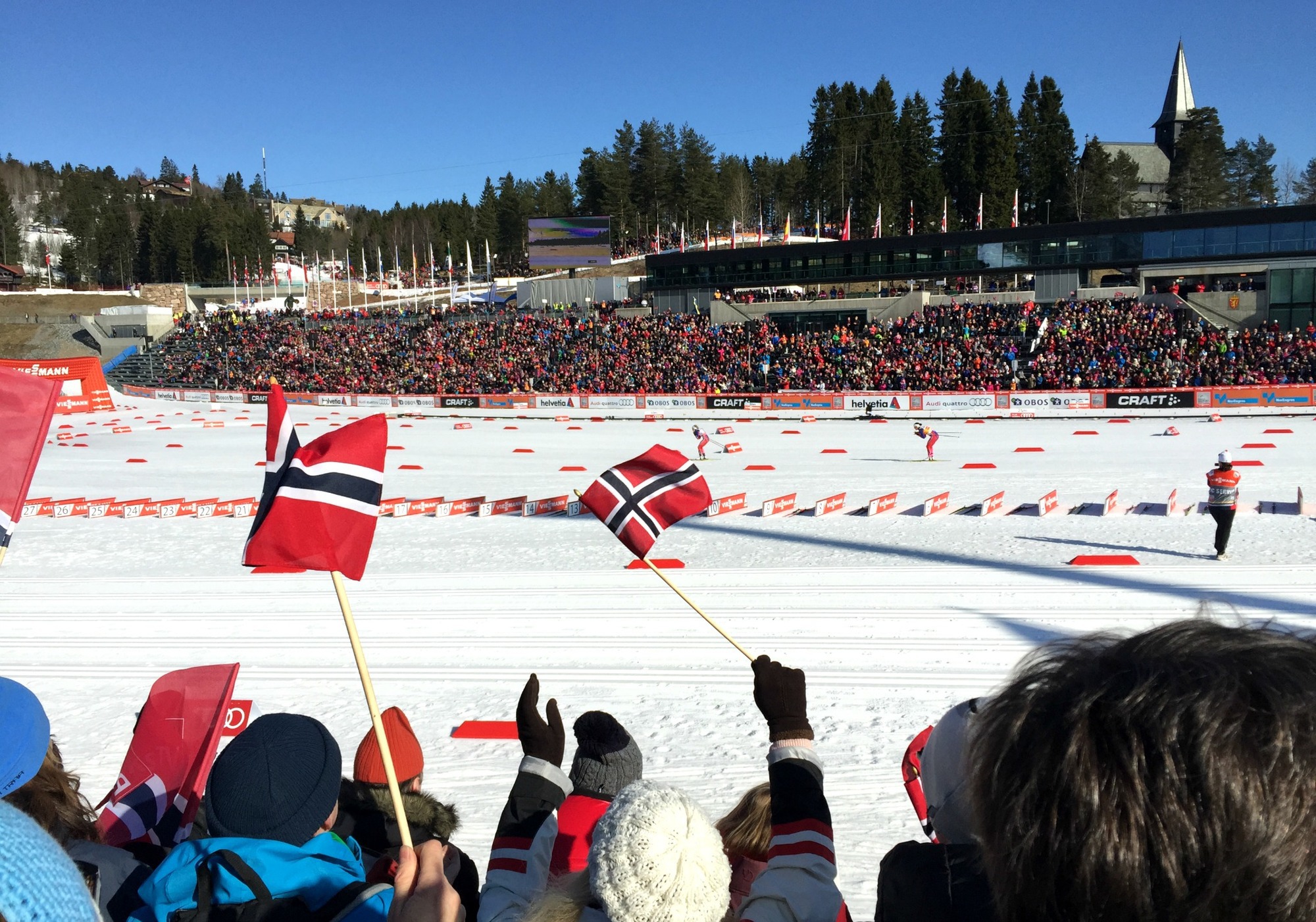 Norway is a nationalistic country, and the Constitution day on may 17th is the biggest party of the year, with children’s parades, flags, food, drink and song. The same pride is to be seen when the Norwegian Cross country stars win and everyone get’s to sing along to the National Anthem “Ja, vi elsker dette landet” (Yes, we love this country). 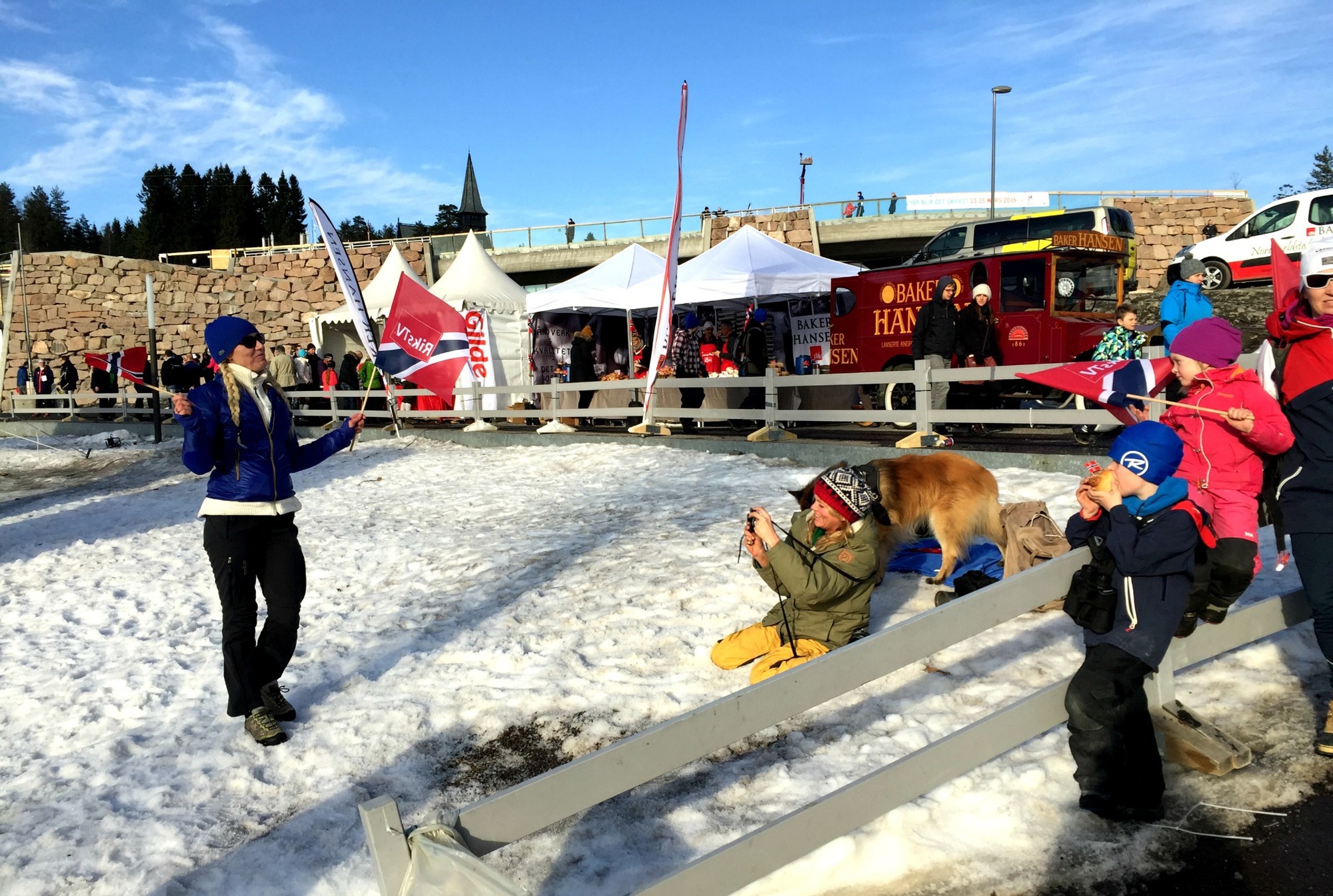 The World cup is over now, and the athletes get a well-deserved break before starting their summer-training again. We, the audience have to wait for the winter to come back again, before we can cheer for another Norwegian win.